The entire complex was created by joining multiple adjacent sites, which had access from three different old-town streets in Trnava. The sites originally contained multi-storey houses with a passage and were connected through backyards. After uniting these adjacent sites, a new open space was created within the central urban structure. The space was then complemented with new objects. This is how the new public space of “Nádvorie” (Courtyard) was created.

The entire complex has access from Trojicne square, Stefanikova street by three original entrances with a future plan to enter from Pekarenska street. 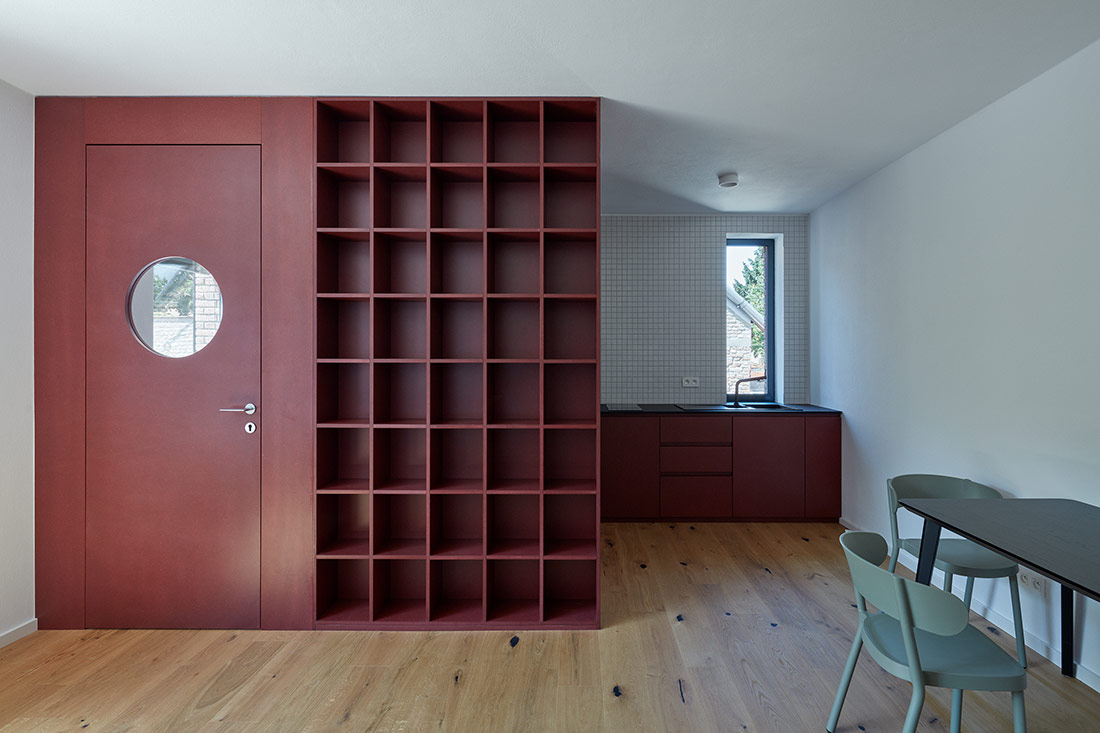 The reconstructed adjacent buildings were originally built with multi-storey houses with a passage.
A diversity of semi-public and private functions is contained on the premises, which activate the new public space in multiple ways on a daily basis (terrace of the restaurant, retail) and occasionally (events). The multifunctional central space is defined by four trees, surface alterations, and the illumination. The green is filled with mobile pots. The findings from the archaeological survey and historical parcellation are presented in the pavement.

We tried to preserve all important time traces in reconstructed objects, taking care of the unified material language, respecting the principles of restoration. The history of the buildings dates back to the 14th century, with changes from the 16th-20th century. Objects cluster a number of different features as a cultural centre, restaurant, bakery shop, retail, offices or co-working spaces in the inter-linked attic. 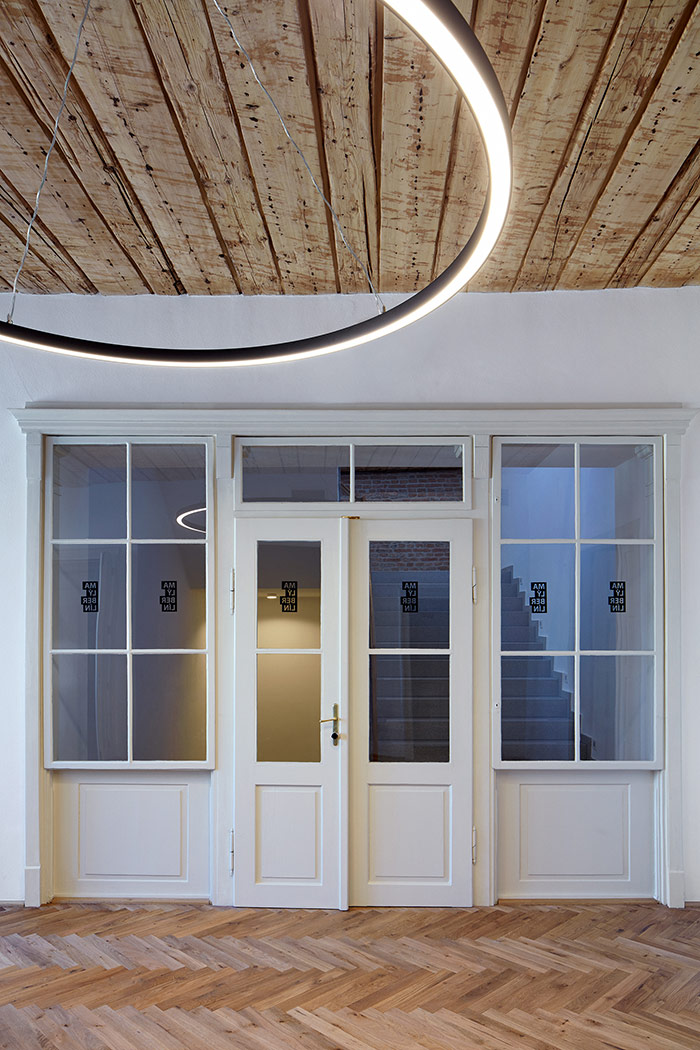 The north completion adheres to the mass of the original wing, as well as the steel structure with a connection to the eastern object of the complex. It contains a terrace for the cultural centre, student accommodation, retail and connects to the restaurant in the reconstructed part. This translation between several periods of completions gives it a specific atmosphere, recognizable notably through the ceiling structures, changing from gothic vaults to the baroque beam ceiling or concrete slab. Concrete floor and furniture help unify the whole space. 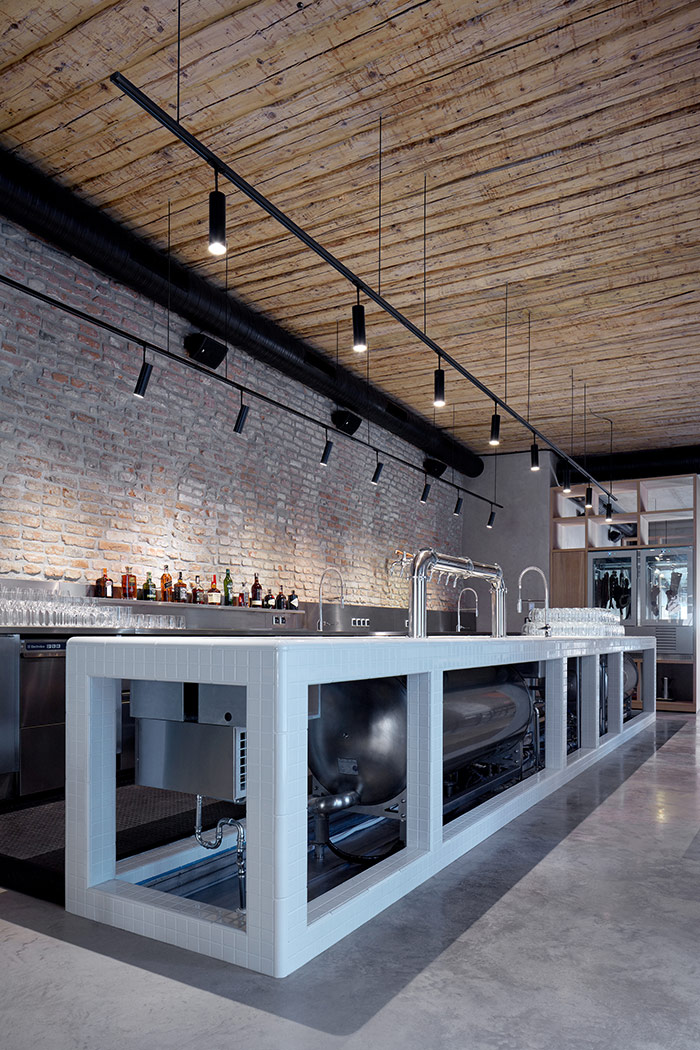 The new mixed-use object in the southern part is designed as an extension, built to the blind wall of the neighbouring building in order to activate the newly created courtyard. The object has a narrow floor plan and is mostly one-sided towards the courtyard. The height is held with the original part while the material is vertically divided and creates a gradual increase of the scale from the house in Trojicne square. The contrasting morphology of the facade is moderated by the regular rhythm and the used materials. The surrounding structure thus preserves the natural character of the inner city fragmentation. The simple layout is vertically divided into a rentable space, office space and an attic apartment. 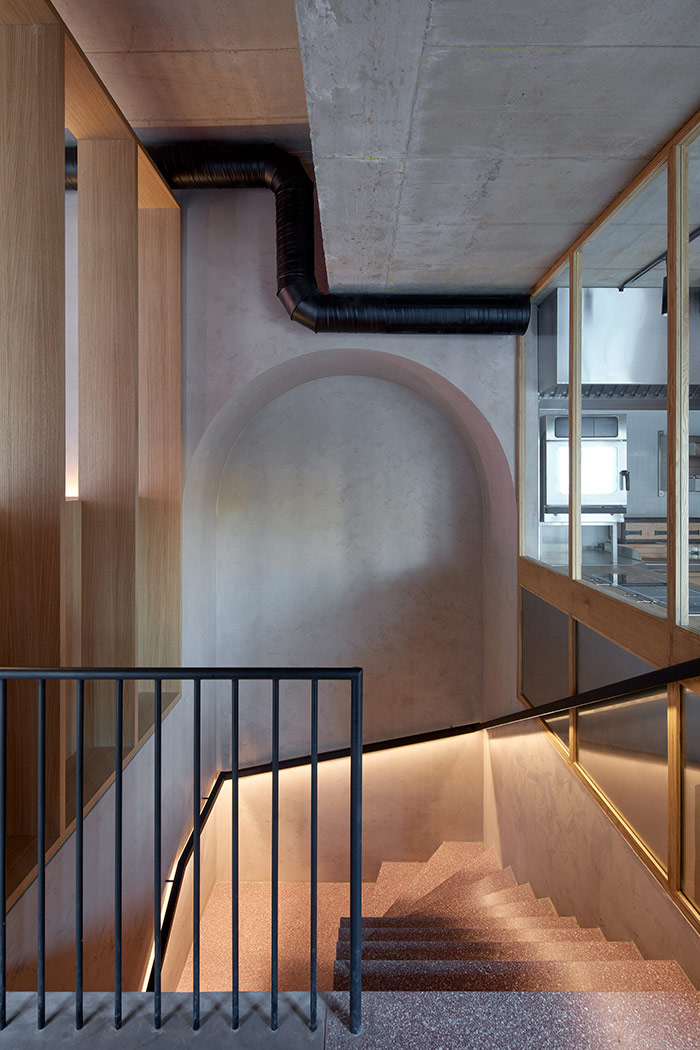 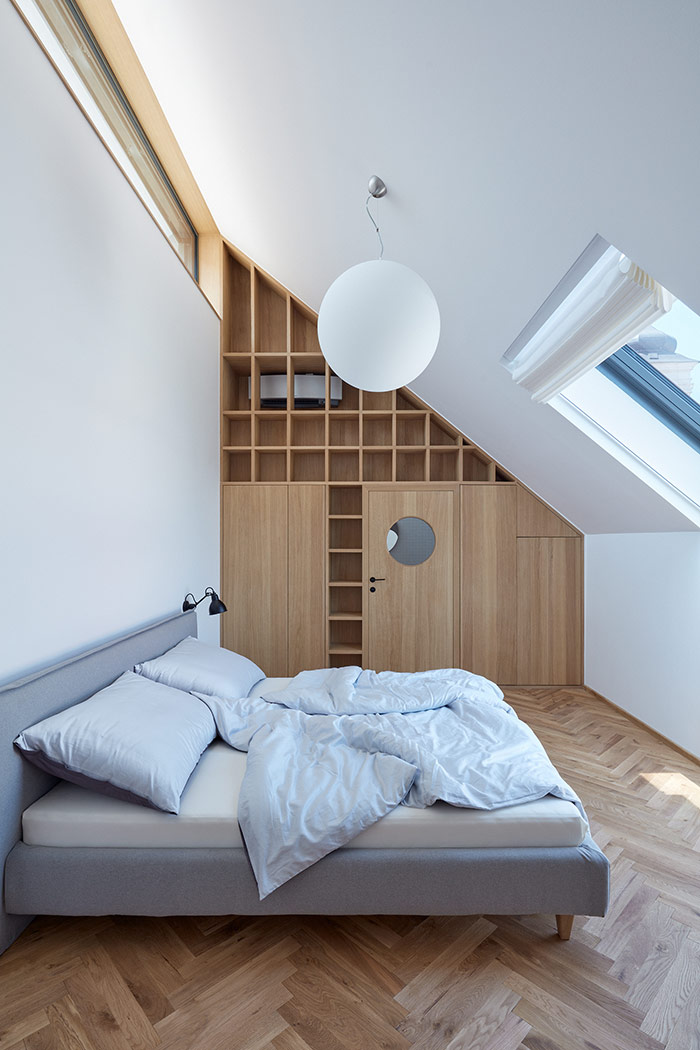 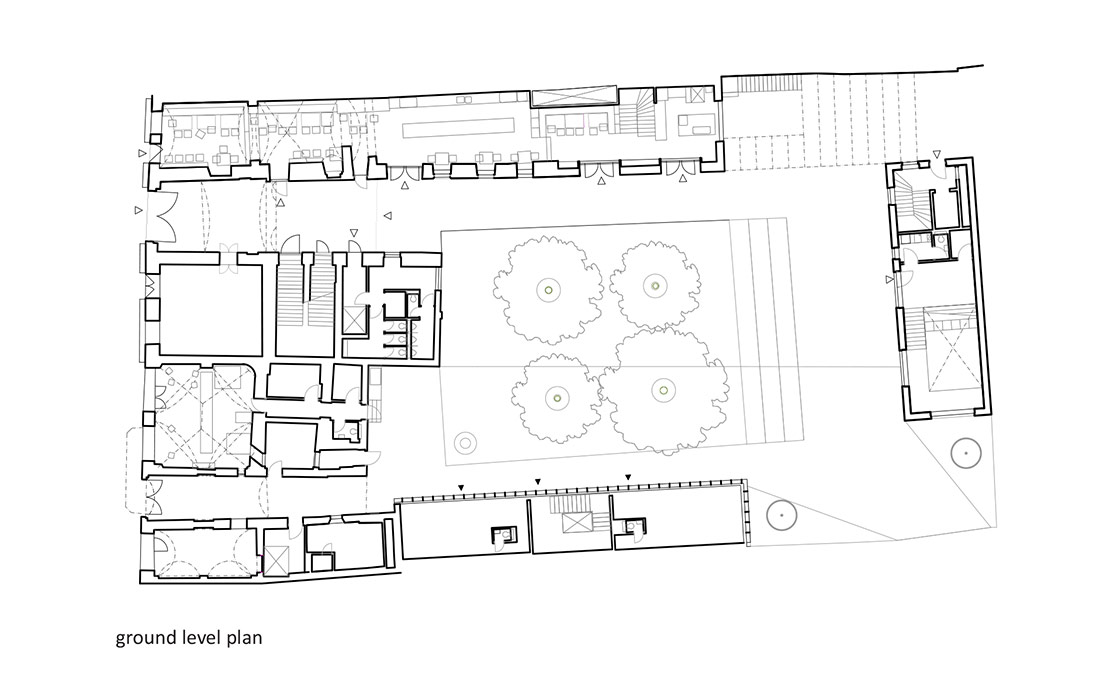