Traditional atmosphere in a new body

A private house with a garden in the suburbs of Ljubljana has experienced revival between 2007 and 2009 by means of creating a new house and a garden with a touch of history. The landscape architect Mitja Škrjanec designed the surroundings by upgrading the old elements, such as an orchard and a meadow, and arranging them in a modern way. There are many interesting details in the garden that are reminiscent of something cosy and pleasant.

A HOUSE HAVING ALL FOUR SEASONS

There used to be an old stony stable and a wooden barn in the old garden in the middle of the village. Later a blacksmith’s workshop was opened there, and before the war they set up a small village shop with an inn at that place. A new residential house with a garden has been created on the ruins of ancient, run-down facilities, which combines traditional and modern design concepts. The redesigned garden thus offers splendid stories, related to the history of the place, which create vibrant and vivid atmosphere throughout all four seasons. 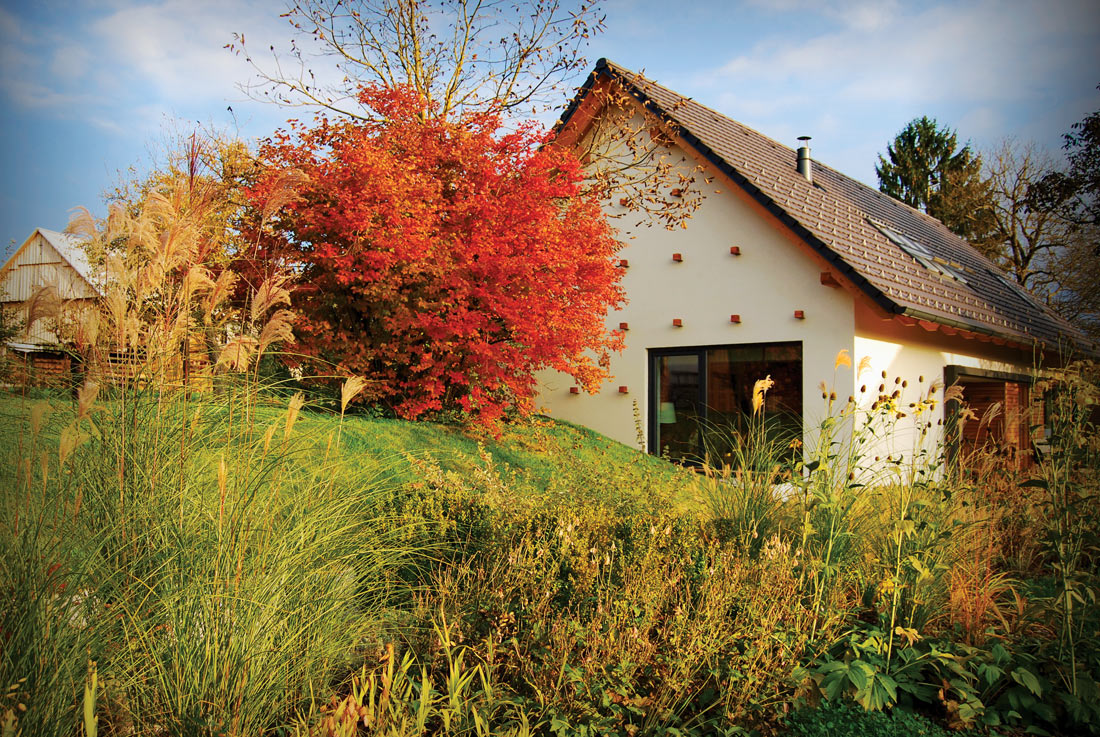 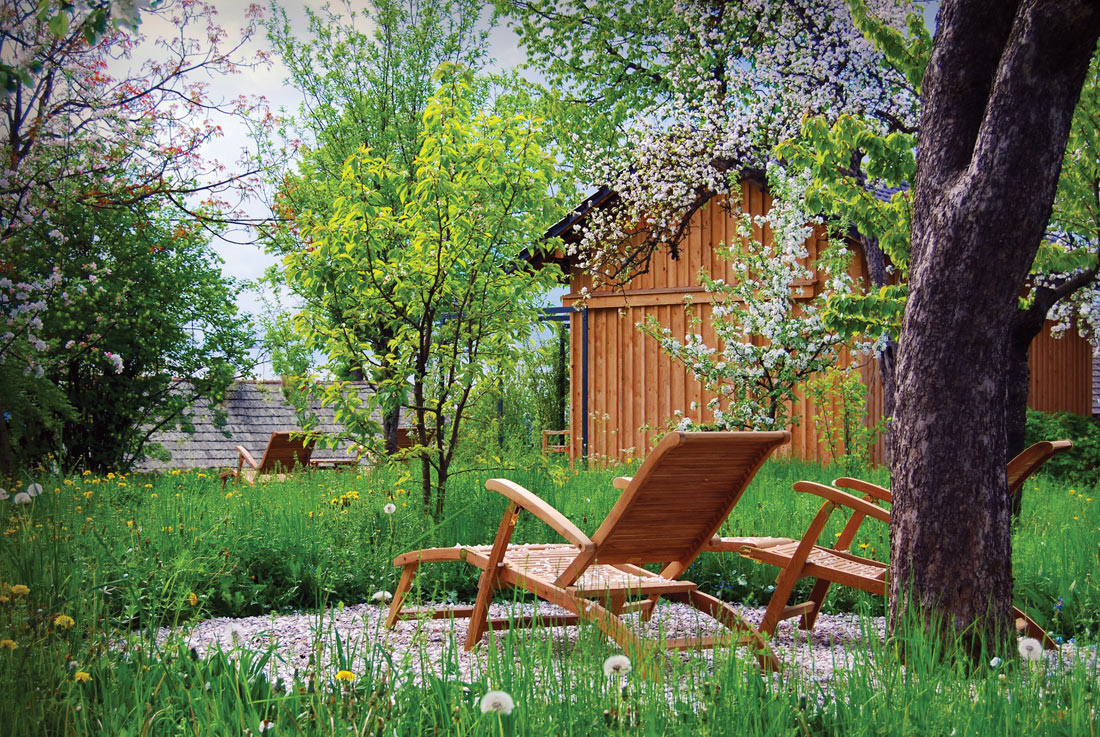 What has remained preserved in the garden are remade images of an orchard with tall trees, a blossoming meadow, a sandy bowling alley, giant walnut trees, and a summerhouse. The new landscape plan upgrades and accentuates these old elements with the contemporary approaches. The landscape architects have decided to spread sandy round carpets under the venerable old apple trees in order to show appreciation to the two trees. One of the apple tress has been surrounded by seven corner stones that used to be part of the old house. When the apple tree is in full blossom it transforms itself into the white dress of a Snow White, for that reason the owners affectionately call the place »The Snow White and the Seven Dwarfs«. 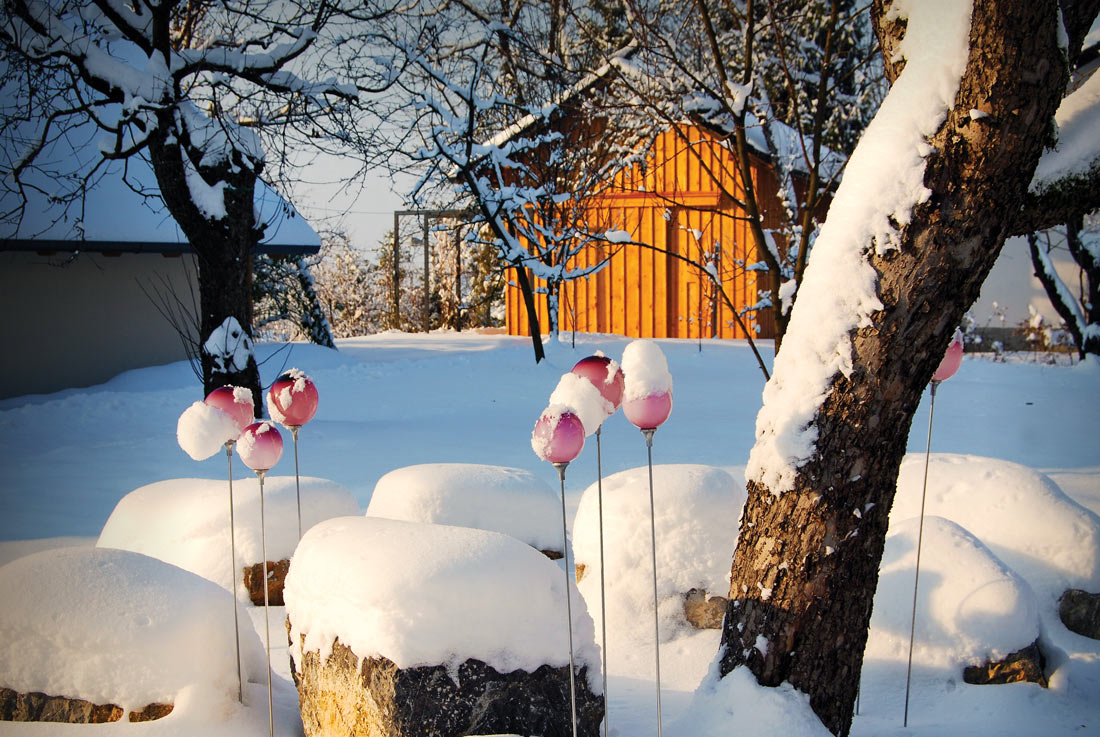 The old garden shed is wearing a rough wooden dress which is waiting to obtain the grey patina in the shade of the ancient fragrant flowers. The traditional croft, which maintains and protects the old images, is spreading through the intimate wooden terrace into the timeless field of blossoming perennials where the user has a pleasure to enjoy, in any season and at any time, the ever-changing garden scenery. The ancient pleasant-smelling climbing roses can be found by the house façade as well; here is also a network of larch cubes to which the climbing plants are to be fitted, so that they could climb up the facade. By looking from the house, through the big glass surfaces on the other side, one can see giant old walnuts in all their various moods. There are many modern iron details in the garden and by the house (a profile on the entry facade, stairs leading to the back garden, a summerhouse, a house sign) which narrate the story of an old blacksmith’s workshop. 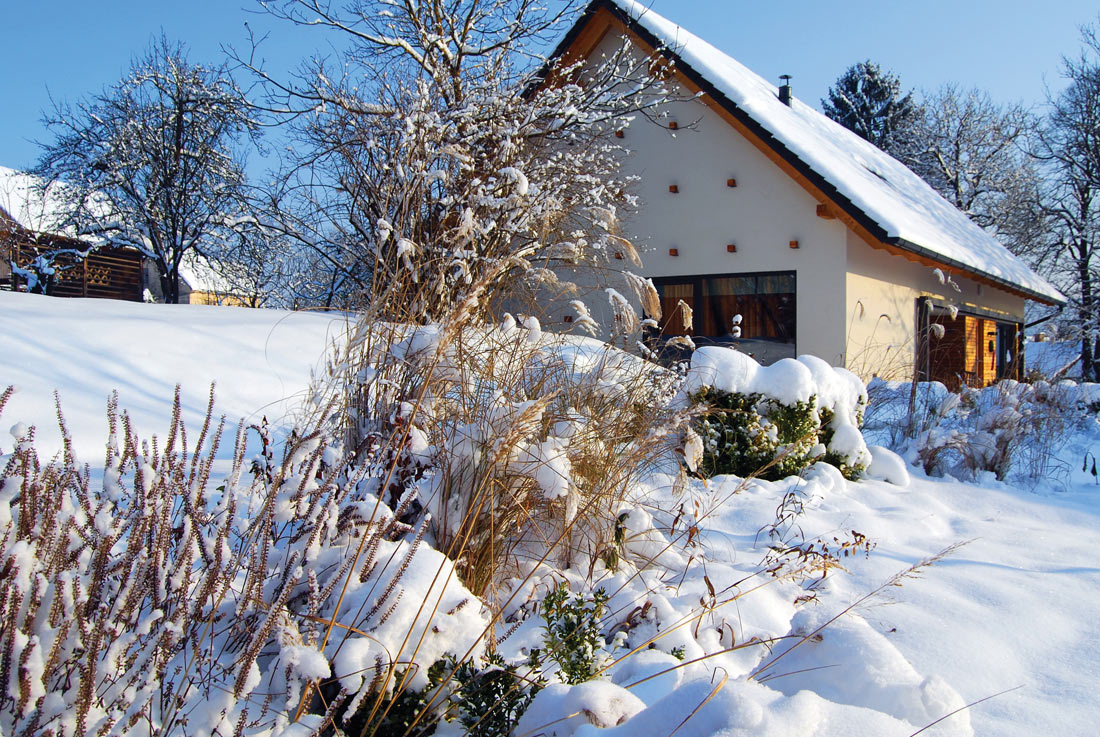 The sandy living place, reminiscent of the former inn, has been transformed into a big central public space for socializing. Adult conversations, children’s chatter, pleasant kitchen smells, and the noise of metal bowls can be heard there through the rustling sand. The stories of the old garden and the history of its facilities do not merely represent the nostalgic elements of the time that has passed. The house in this rural garden lives in harmony with its history. The place thus becomes more down-to-earth, it becomes the right place, designed only for this village, only for this community. The modern transformation is not trying to introduce monotonous global modernism, but a pleasant usefulness established in harmony with the natural scenery of all four seasons. 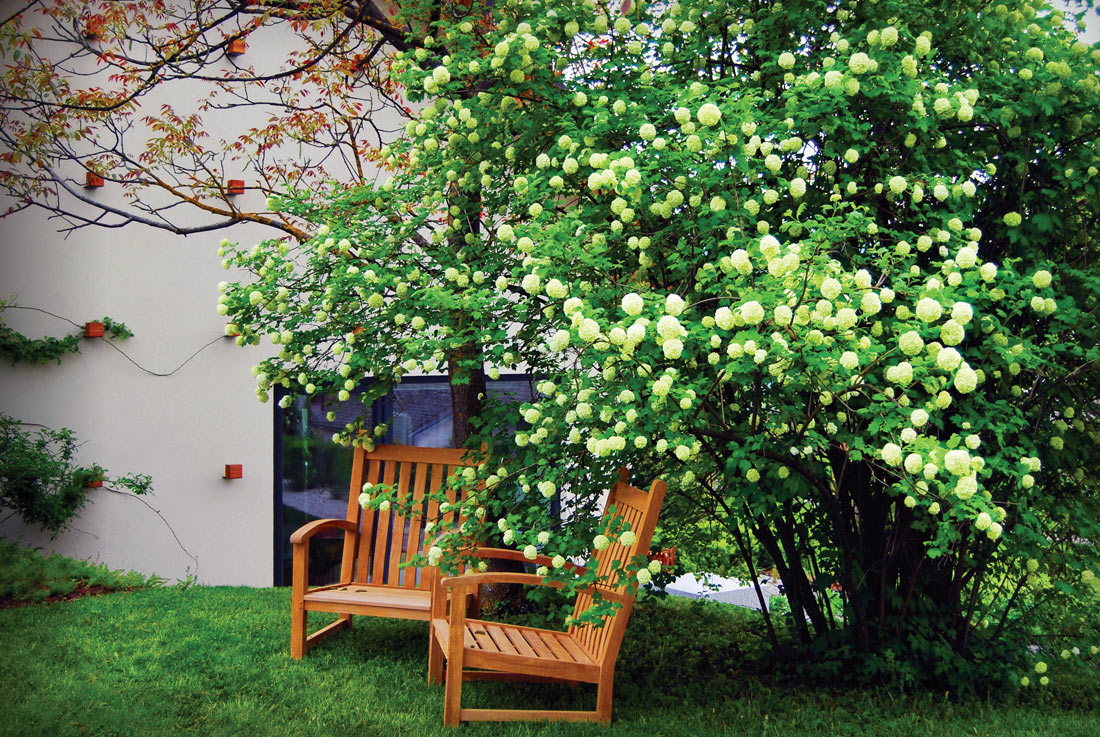 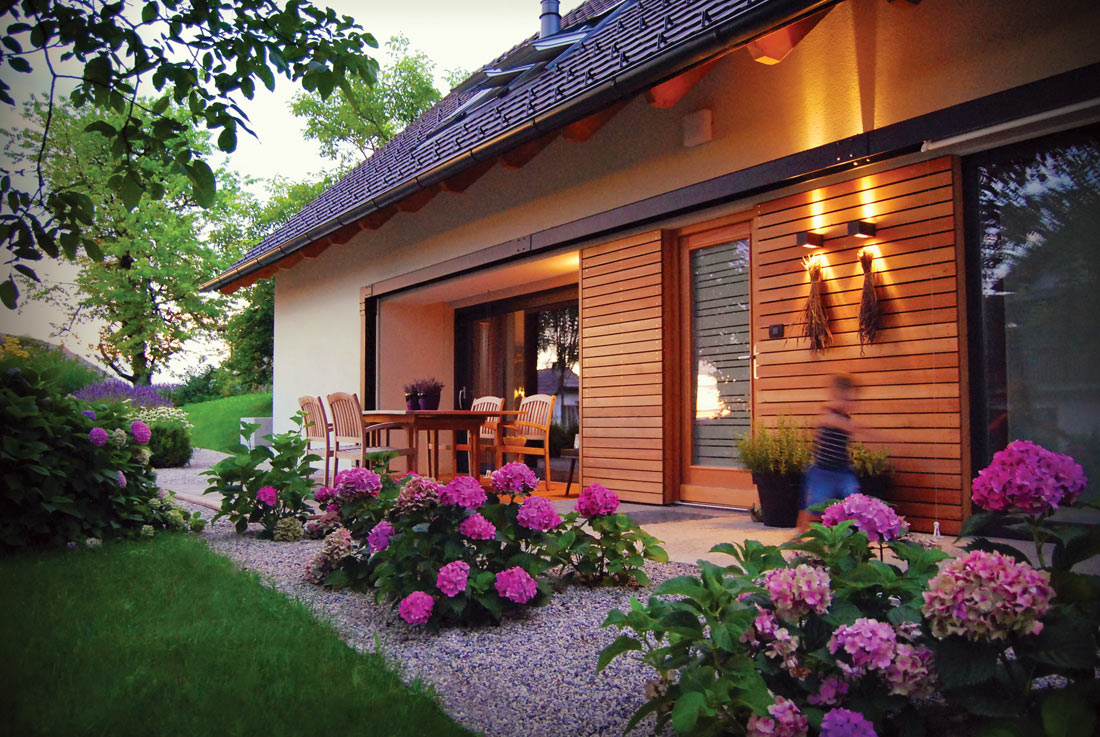