The Ark – The long-term development idea of the Hungarian Canoe Federation was to create a multifunctional site that would be suitable for both landing and stopping, to replace the sites that had previously disappeared along the Danube River.
In the second half of the last century, the current headquarters of the Federation operated as a boat house and several clubs were located on what is now the Moscow Promenade. Unfortunately, in the 1990s these facilities ceased to exist along this stretch of the Danube’s east bank. The Federation developed a concept for a floating yacht moored in front of the Federation Building, with a porting site, changing rooms, ship storage, training and education center, community and exhibition space.
By using both domestic and EU funds, the Alliance’s wholly owned business companies implemented this niche development. As a result of the development, we created a kayak/canoe-themed water tour stop, community space, exhibition space and training center. It is able to present the history of canoeing, canoeing, and events for any athlete — whether it is an everyday water hiker, a young athlete, or a professional competitor — or it can be used as a starting or stopping place.

Architecture – The “TS” barges were manufactured in series between 1968 and 1972 by the MAHART Ship Repair Service under the direction and order of MAHART for domestic and Czechoslovakian orders. The TTS barge was originally intended for freight transport. As such devices, the barge also has an engineered character due to its function, a disciplined design principle, and an internal raster.
Based on the structural solutions of the cross-section, we have developed a strange new architecture for the floating site. The 34-piece (5.5m-10m) steel frame posts, all along the board, adjust to the structural raster of the hull. The ship is uniformly designed in white inside and out. The state of simplicity, power and harmonious coexistence must characterize the new float on the Danube, where the river has always inspired mystery.

Function – Various events and press conferences are held in the closed board room. Here you will find a cloakroom, an information desk and an electric center. There are two large showcases sunken in the floor of the event area with glass ceilings.
There is a steel staircase to the hull from the event area. Service facilities are provided for 240 guests here. The crew and the staff are also housed in the staff room inside the hull, as well as the kitchen technology spaces for serving the catering and the required two engine rooms.
On the south side of the float, a raised-deck terrace has been created. The storage area below the raised terrace has a boat storage room for sports activities, its service areas and accessible toilets. From the ship’s warehouse you can get directly to the floating pole installed behind the ship.

It was a pleasure to design a ship, which is a rare opportunity for an architect. 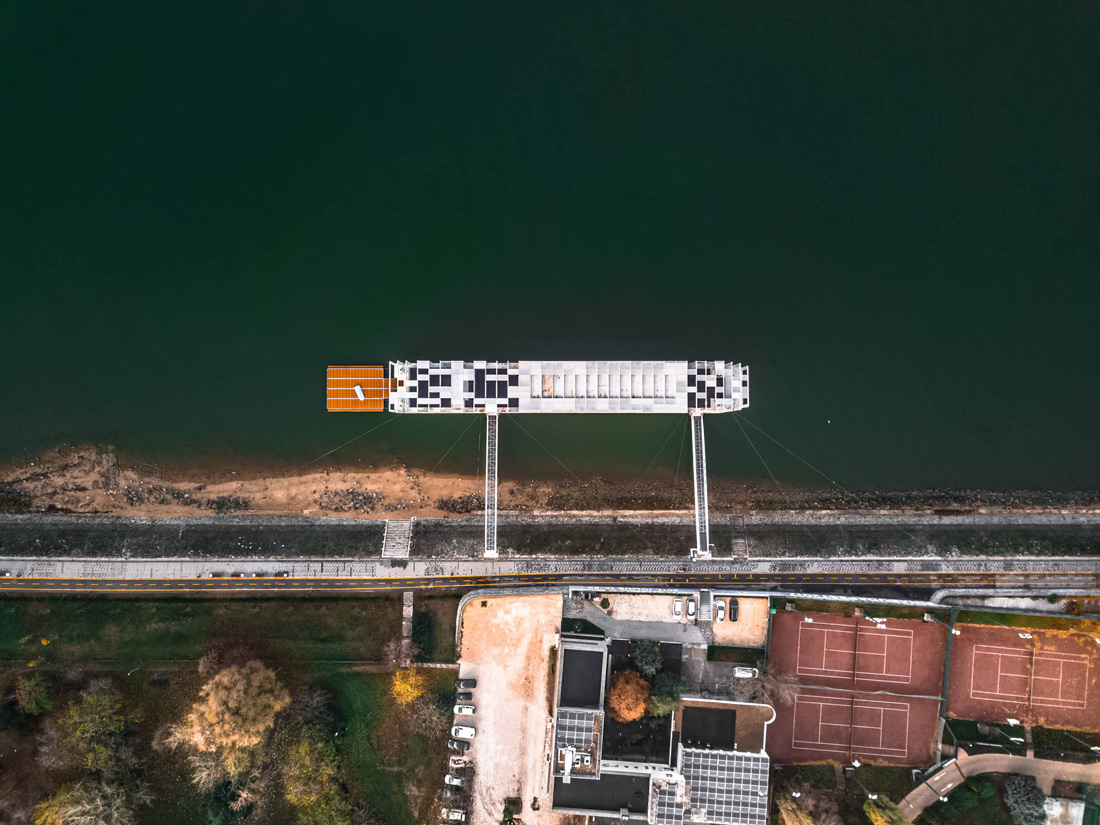 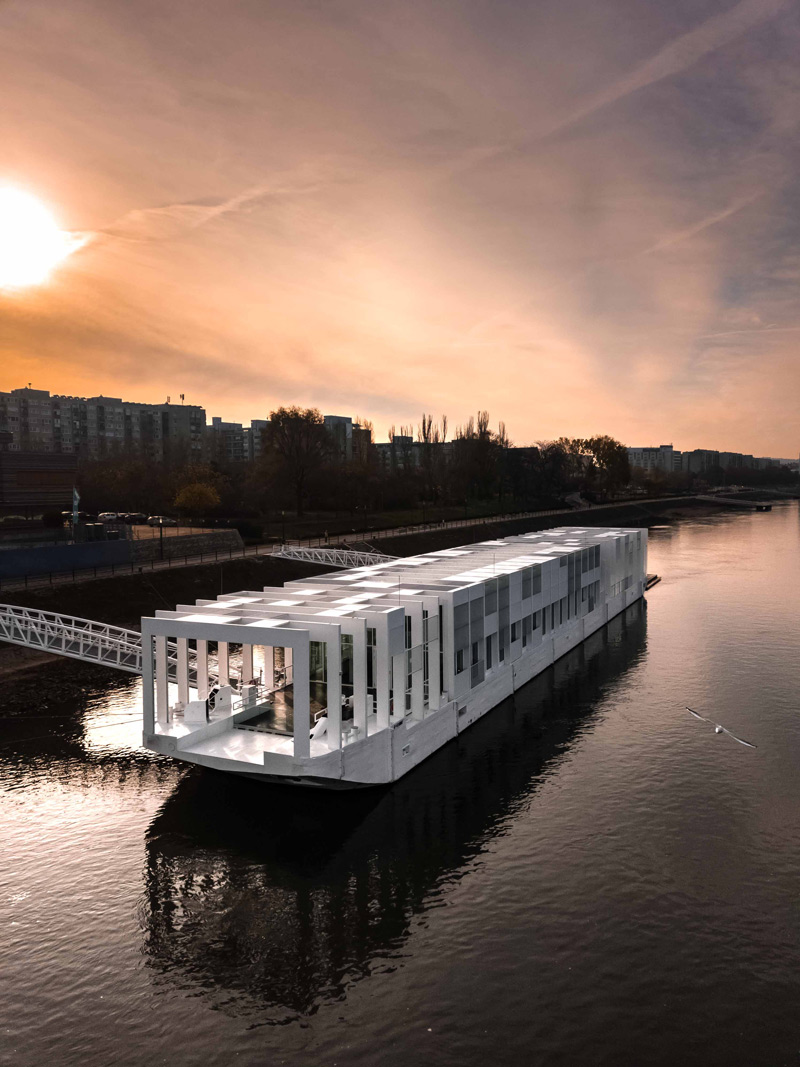 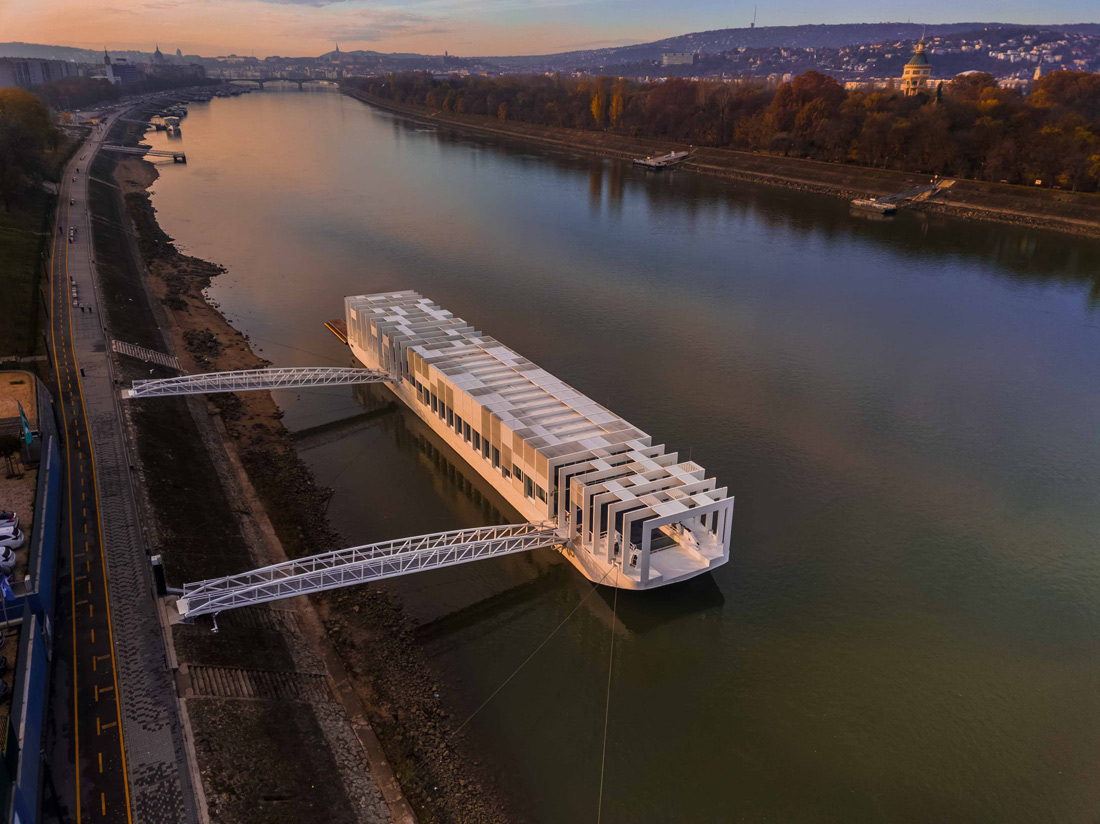 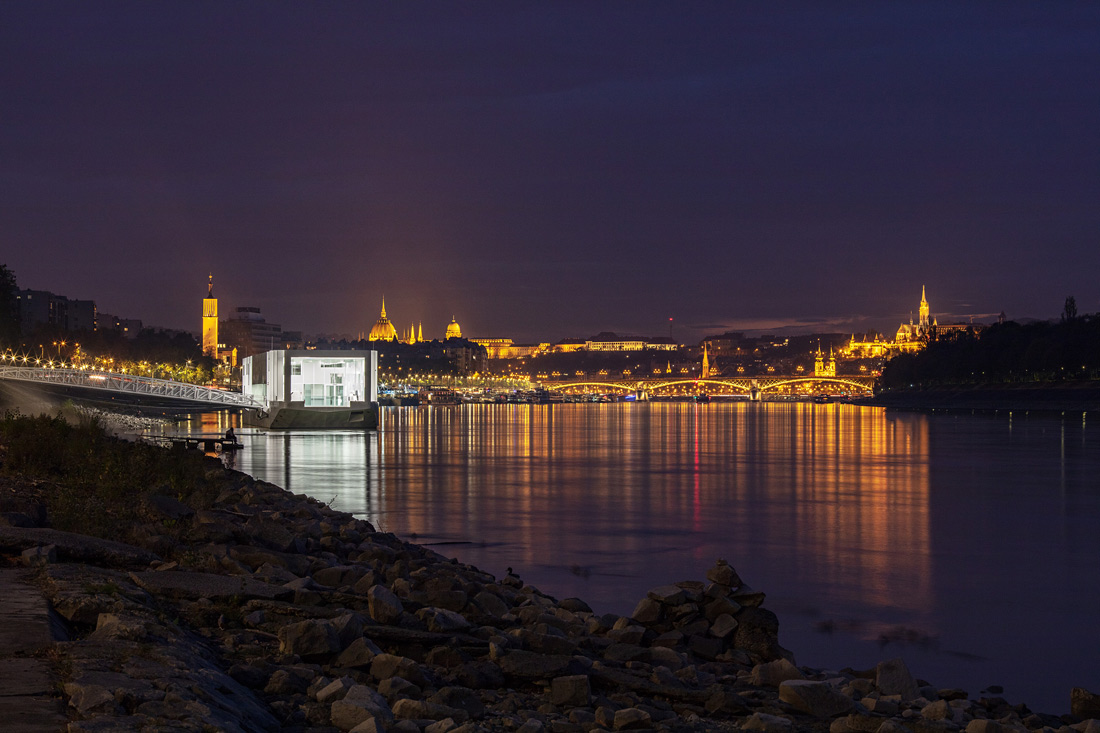 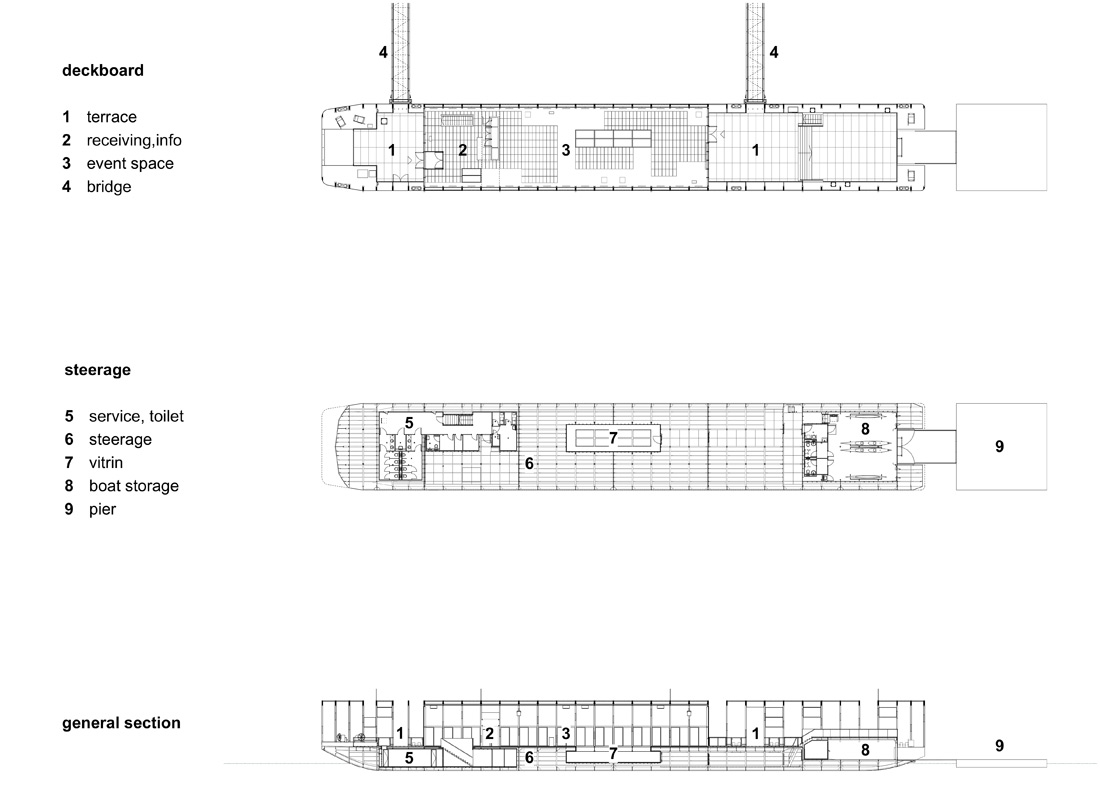