Urban context
This project represents a fragment from the competition winning proposal for the Skanderbeg Square in Skopje, Macedonia. Phase 1 and 2 are completed and phase 3 is in process.
The main objective of the project is to integrate the area above the boulevard as an extension of public urban spaces, that is, their qualitative and quantitative expansion. Skanderbeg Square becomes part of a number of thematic squares on the main pedestrian axis in the city; along the Macedonia Square through the Stone Bridge, all the way to the historic Old Bazaar.

Architectural concept
The plateau of the square is intended exclusively for public events. Its placement allows easy and unimpeded overcoming of the Boulevard beneeth when transiting from the historical city tissue to the modern city core and vice versa. On the other hand, the intervention with its presence intensifies the vistas to the existing surrounding spatial references. The space is organized in the form of an open hovering stage that encourages simultaneously the elemental intimacy of the individual and the complex collectivity of various public events. This possibility stems from the hybrid nature of the space – a prototype of a built public space versus a neat, articulated, empty public space. It is undoubtedly an indigenous type of space that can not be perceived as a conventional square. It is this distinction that enriches the public life of the city of Skopje.

Material plan
The space is defined by the material sincerity of the matter. The materials are arranged in the form of a pigment and create a collage of various integrated spaces. The structural elements are in their basic form without additional decor. The presence of greenery and water further enriches and revives the atmosphere of the space. Certain surfaces of the constructive elements are left for interpretation for artists from other artistic disciplines, such as the built-in mosaic on the concrete walls facing the statue.

The Skanderbeg Square is already a grand scene of freedom. It is an open space, so that people and crowds can come together and talk, support and protest; a place to organize a wide range of events and cultural manifestations: concerts, outdoor performances, fashion shows, places for recreation, youth festivals, amusement parks… one transformable space, depending on the needs of its users. 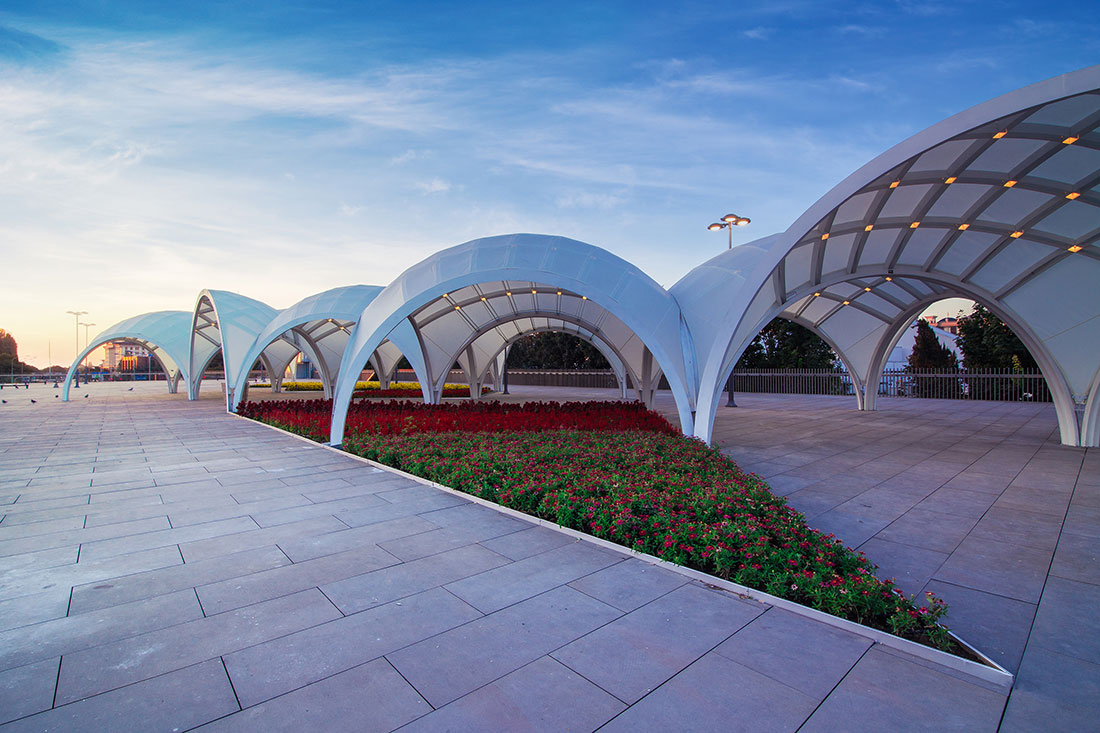 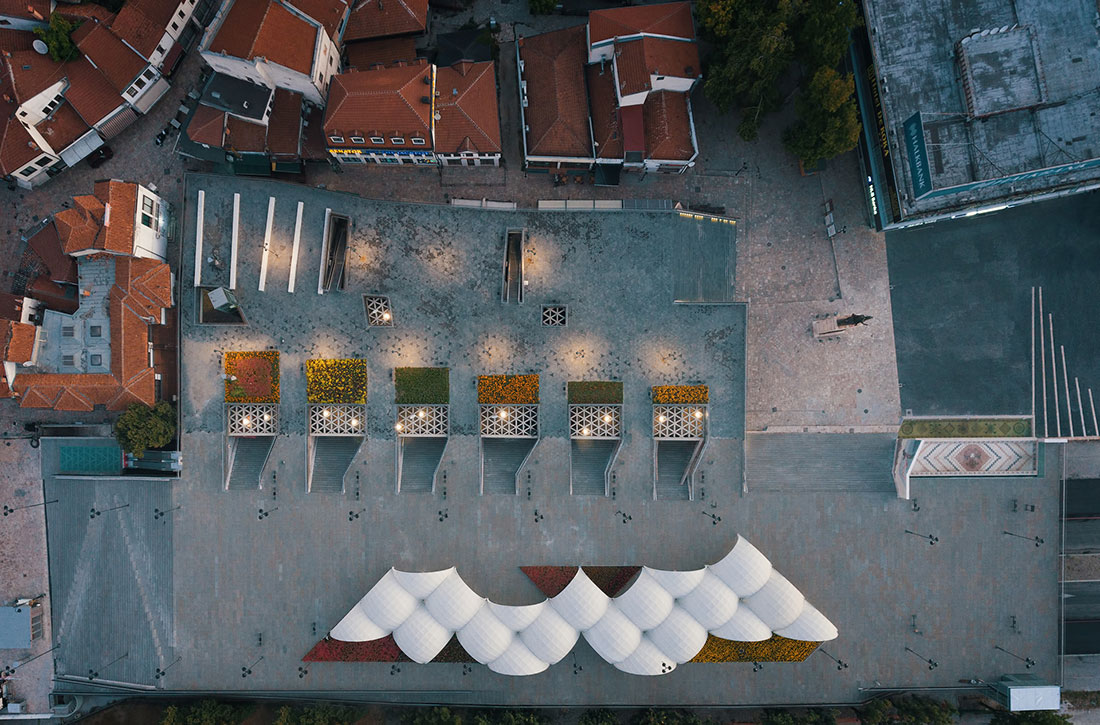 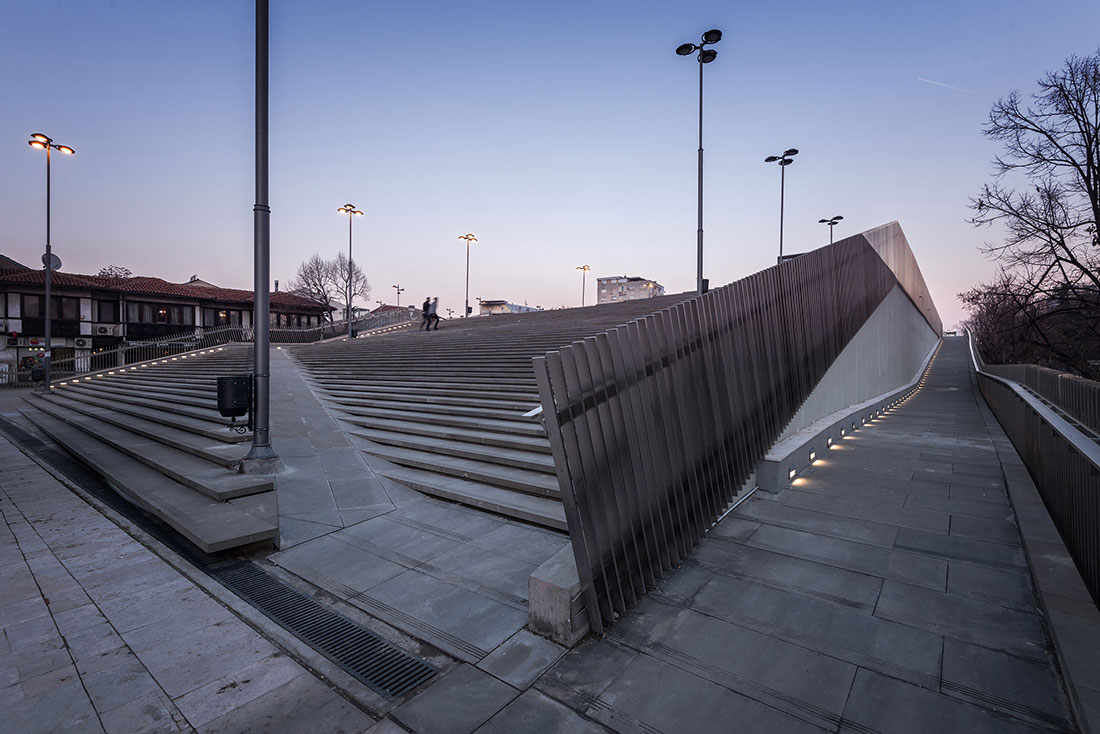 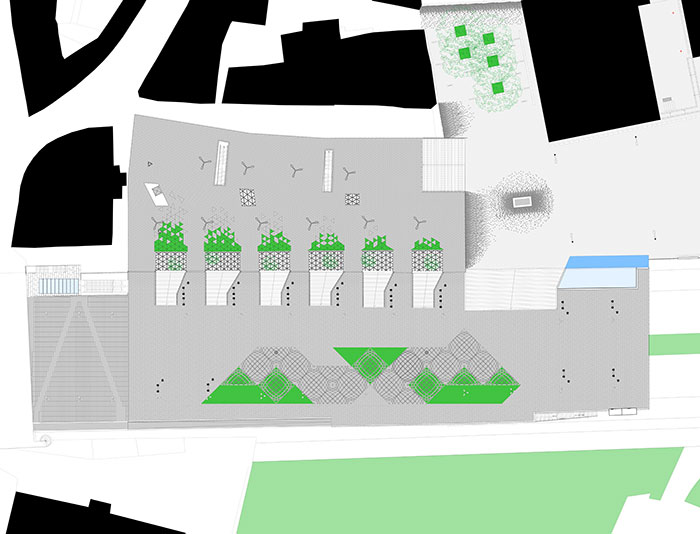