Hilton Garden Inn hotel is located in the center of Budapest, close to Basilica, on a narrow and dense street lacking public spaces. Through design, we tried to compensate for this lack through a transparent and open space towards the street, meant to attract and invite. The inspiration for the design came from the Budapest squares and hidden courtyards and we tried to create a surprise effect given by the discovery of hidden gardens. The conformation of the space gave us the opportunity to create a luxuriant hidden garden opened towards the restaurant which we called ”The secret Garden” and a second courtyard opened towards the business center which we called „The geometric garden”. The design element used for the design of this garden is a stylized leaf, a rhomb which became a pattern for the design of the entire hotel. The rhomb is combined and divided in triangles or hexagons and gets tones of blue, green and accidentally purple, a chromatic pallet inspired by a garden in the spring. The public space of the ground floor is a free flowing space in which the main elements the bar, the elevators shaft, the reception are well defined volumes using natural materials: stone, wood, metal. 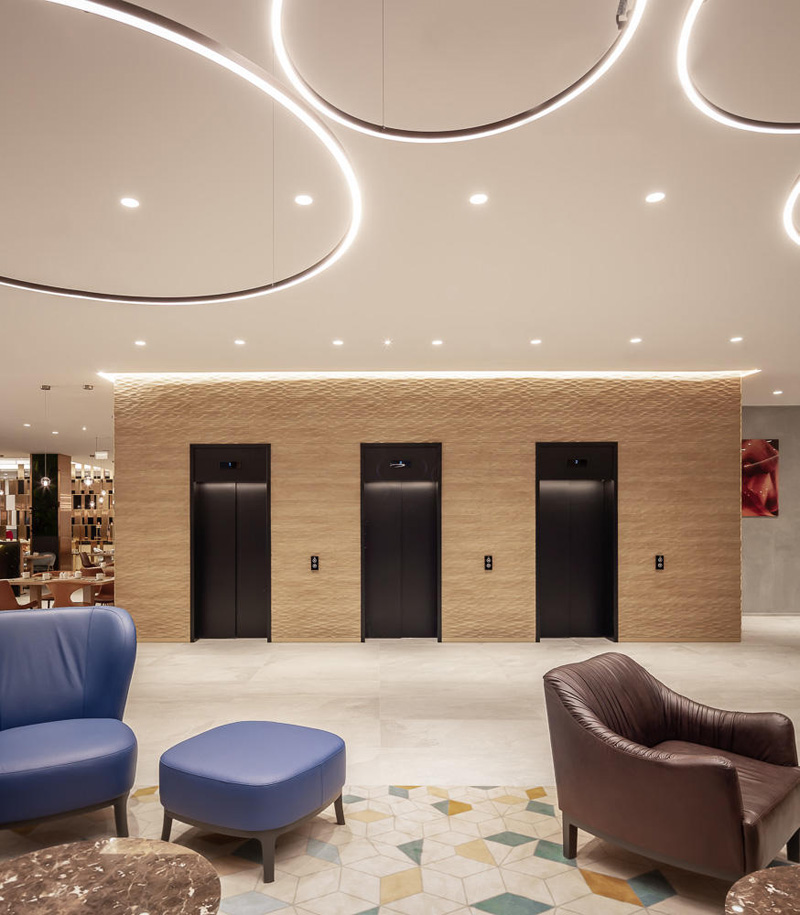 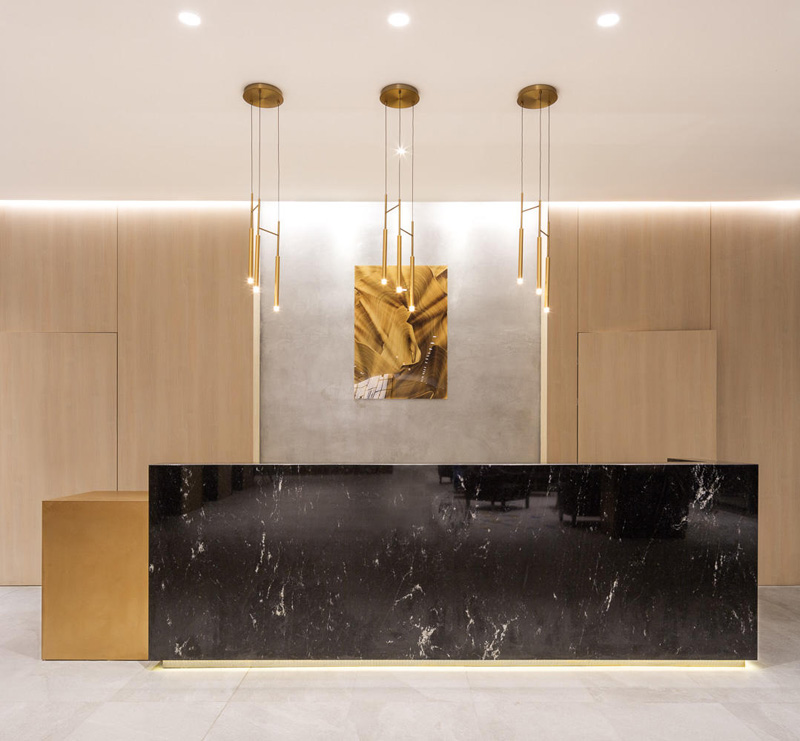 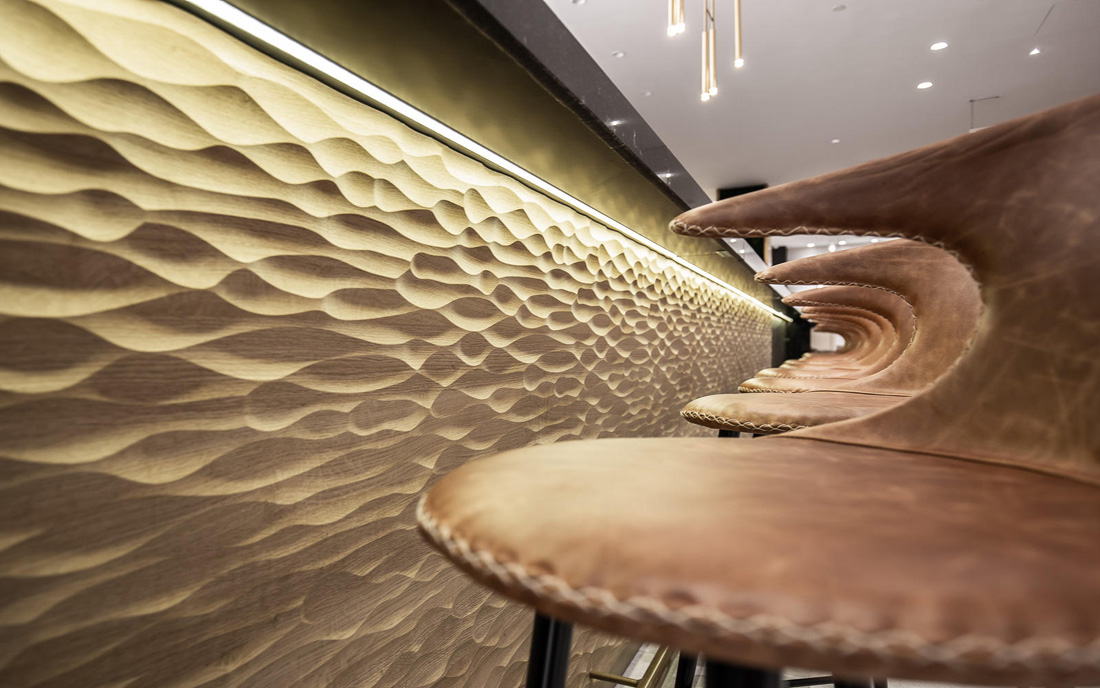 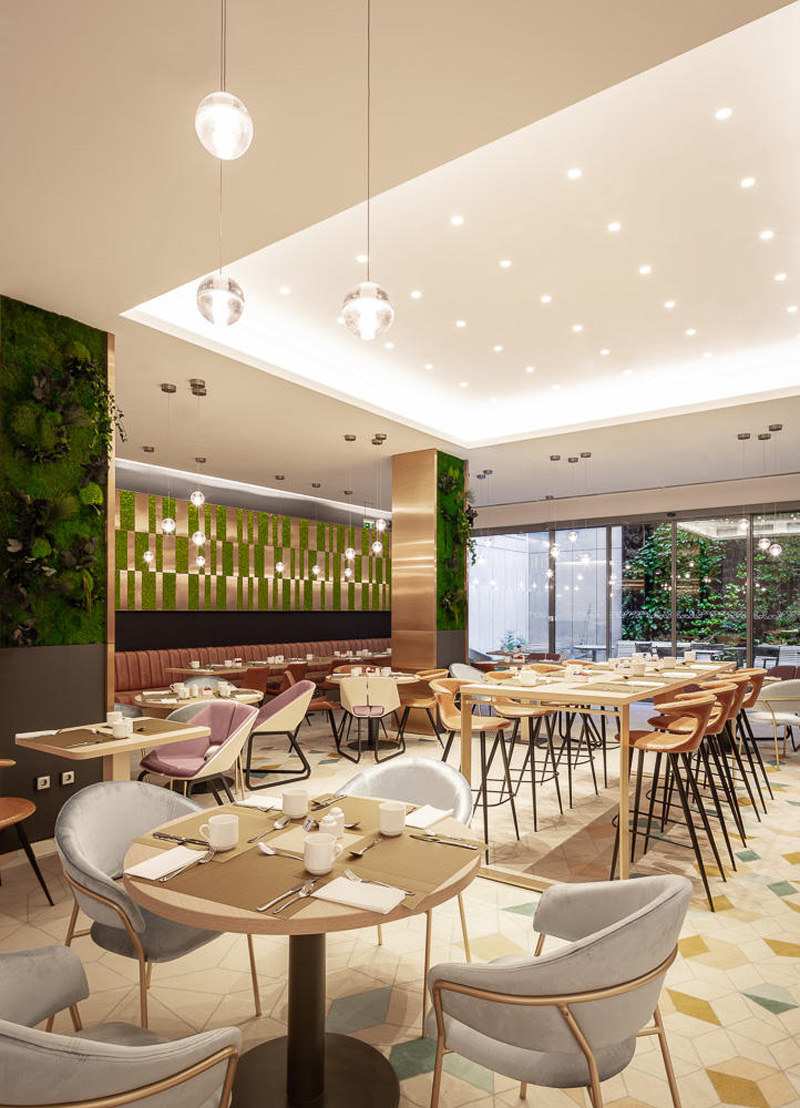 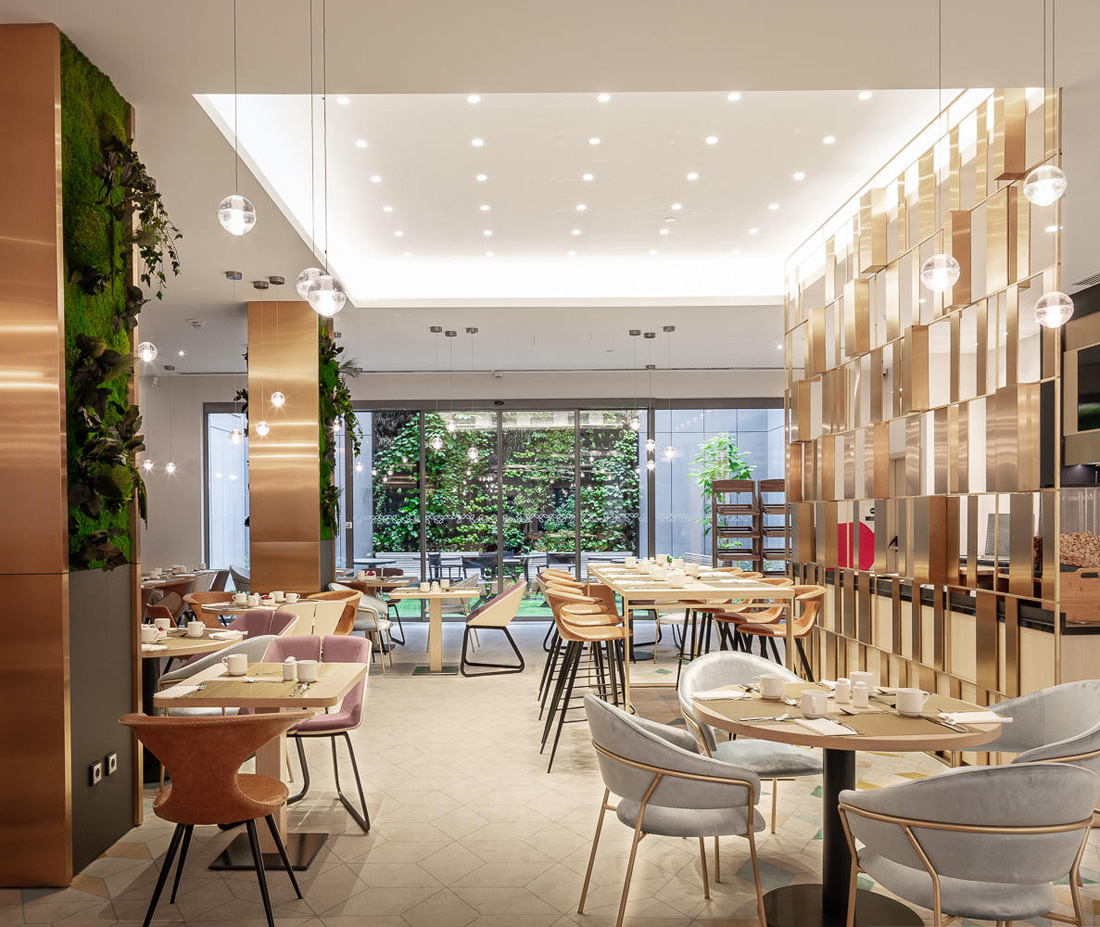 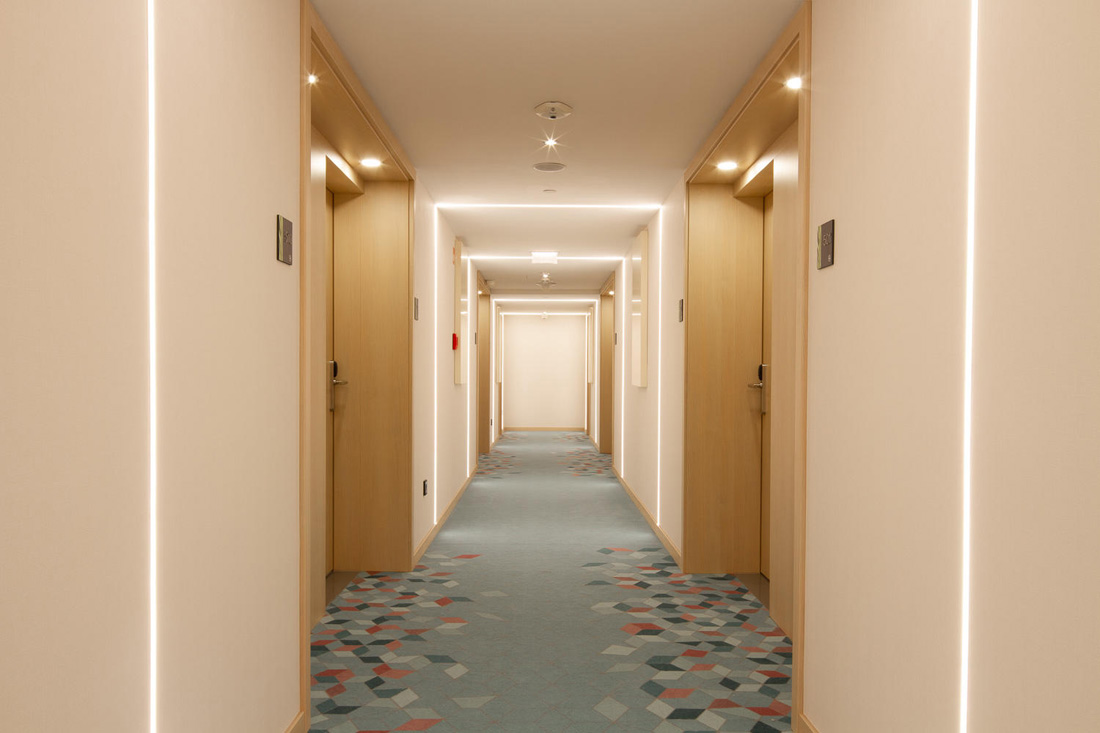 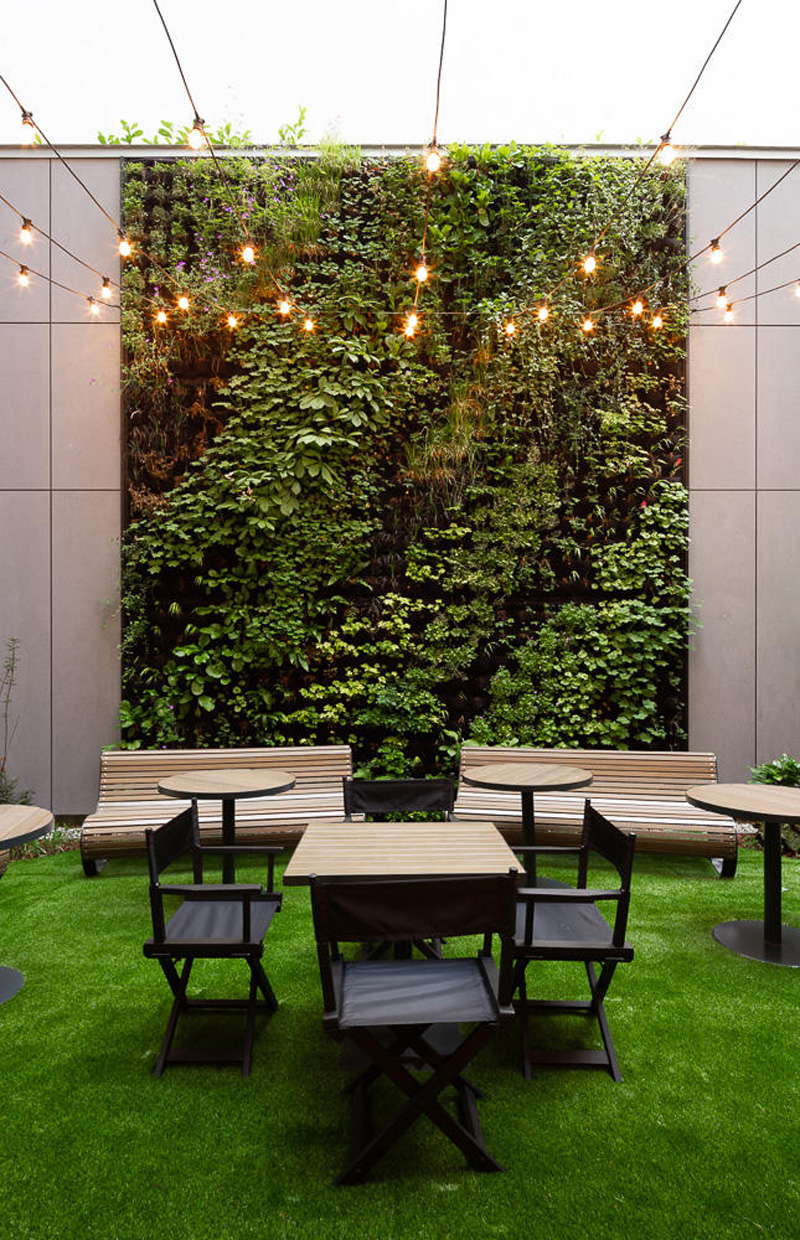 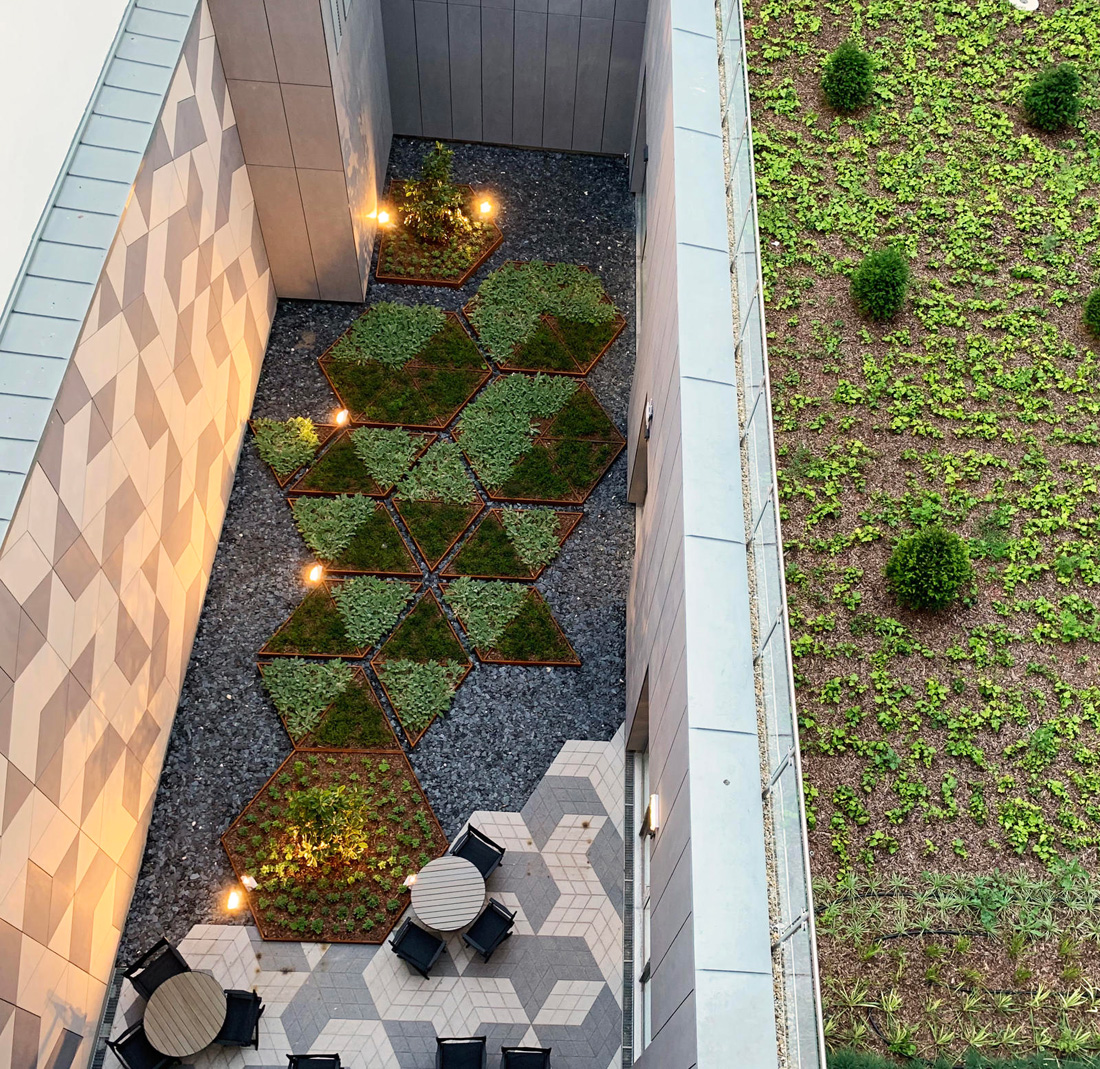 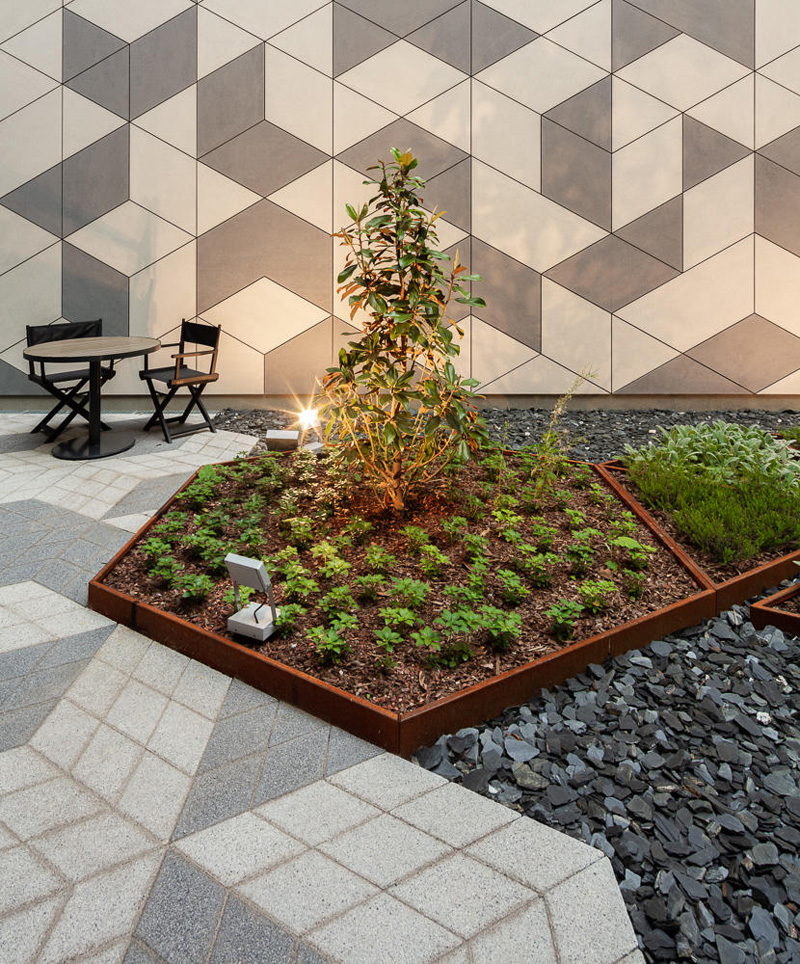 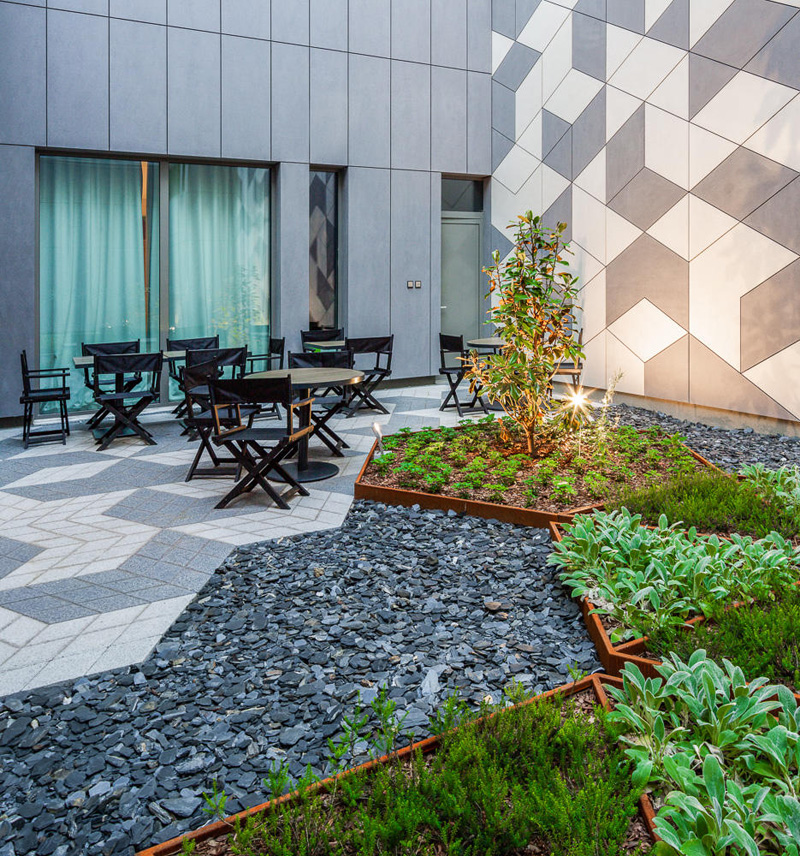 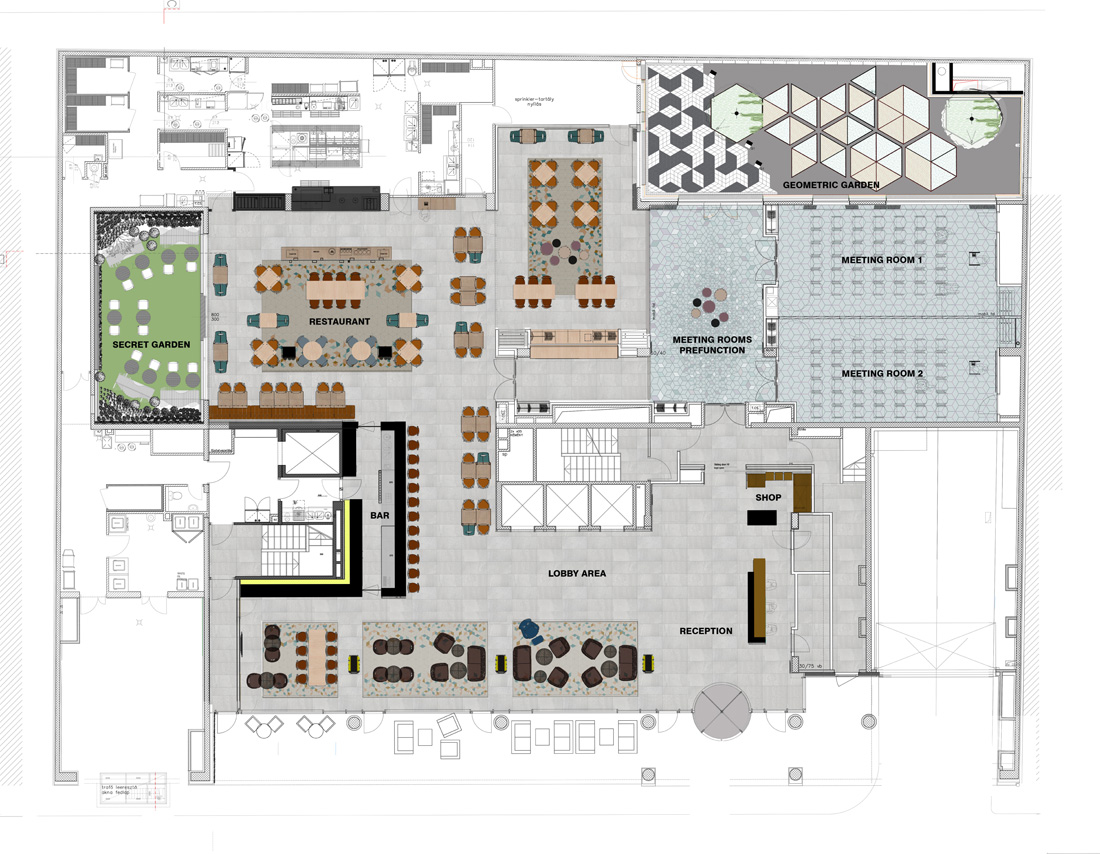