The new Tim Van Laere Gallery in Antwerp occupies a central position in the New South district, a project by developer Triple Living. The building reveals its structure in its silhouette: a concatenation of rooms or pure types of buildings – storage space, offices, white cube, chapel, patio – each with a particular size and proportions adapted to different ways of experiencing art. The rooms are constructed as simple in-situ concrete boxes, each made specific by infills of wooden structural elements. All the rooms are internally isolated and lit from above. As an explicitly urban building in a suburban environment, the gallery expresses a mild defiance towards its surroundings. With its gates directly on the street, it relates to both its immediate context and its content. Art, its central focal point, is made visible and accessible to all.

What makes this project one-of-a-kind?
The building is composed of five boxes—rooms of different sizes—making the structure, function and form of the building strikingly coincide. The raw concrete was treated with a pastel hue, giving it a slightly warm appearance, at odds with the rough surface left exposed after casting. 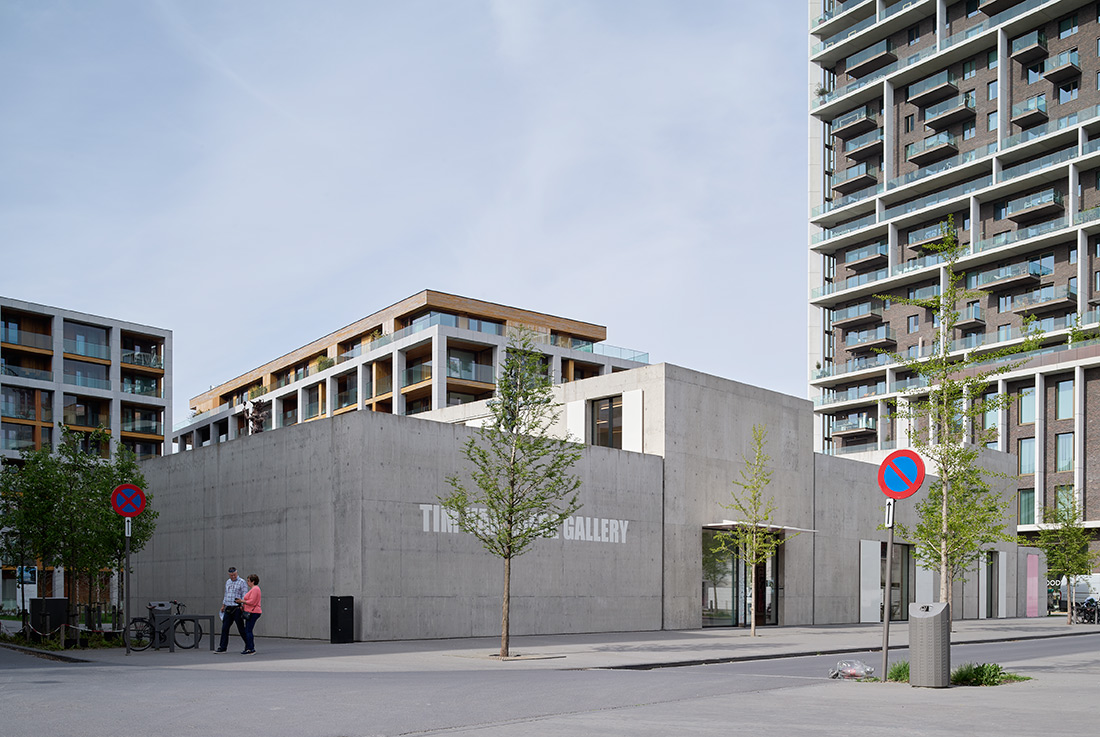 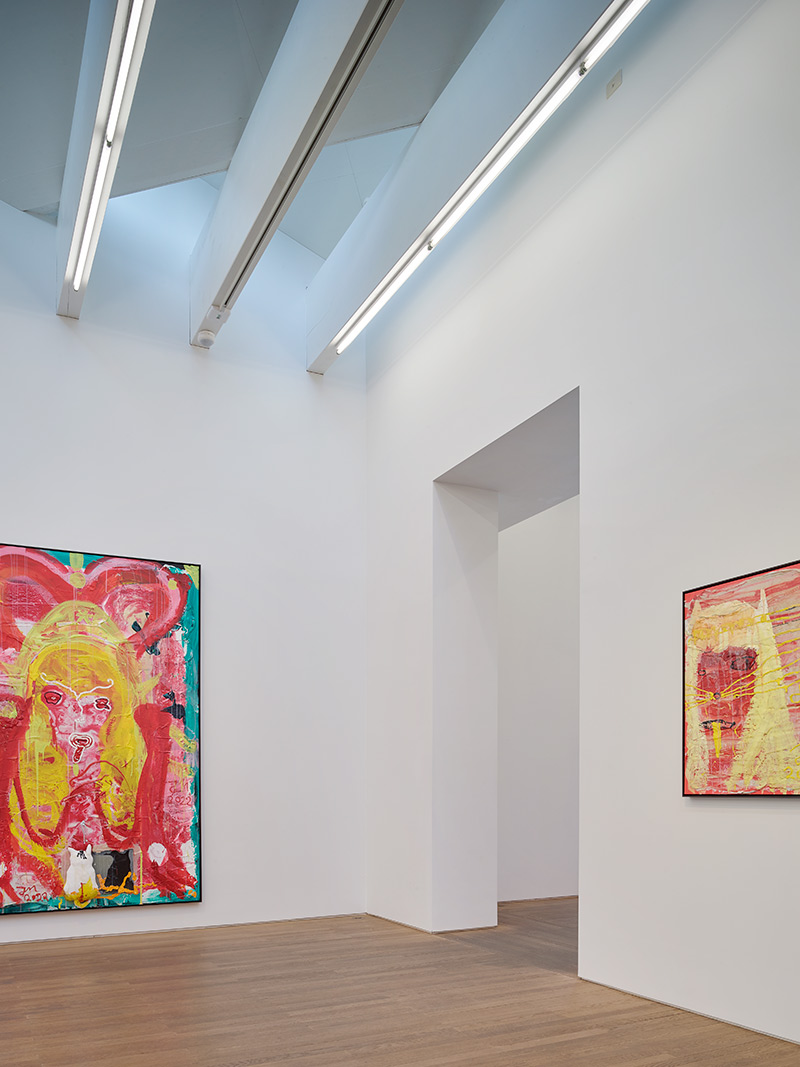 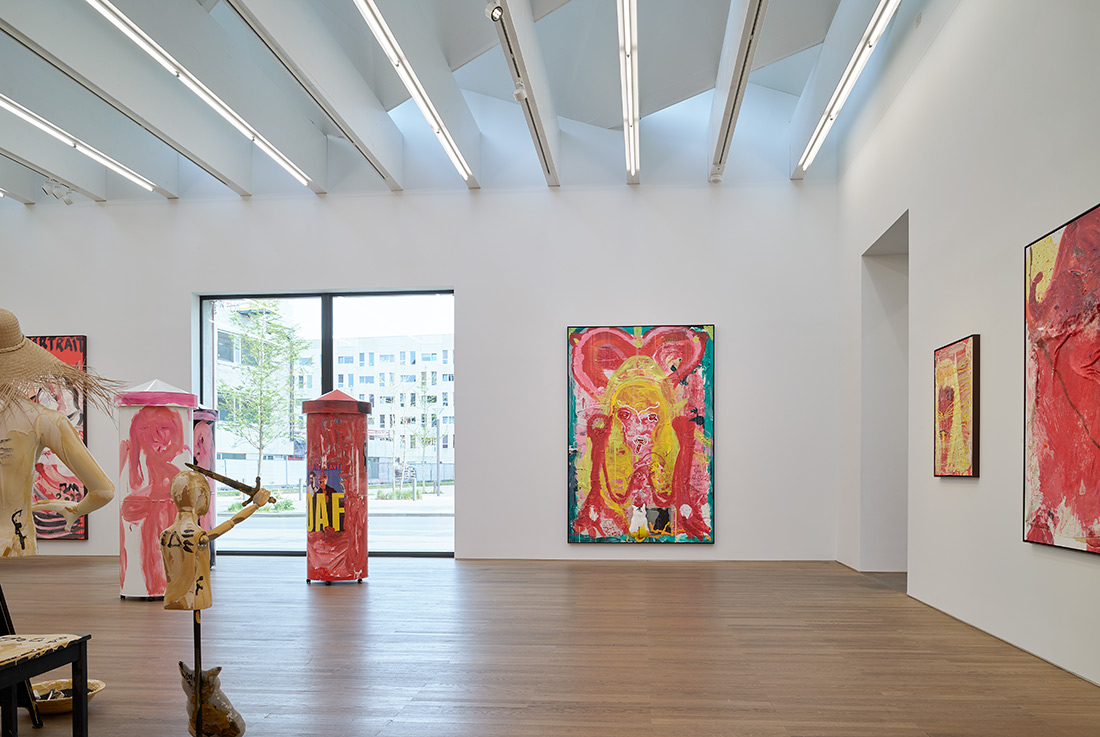 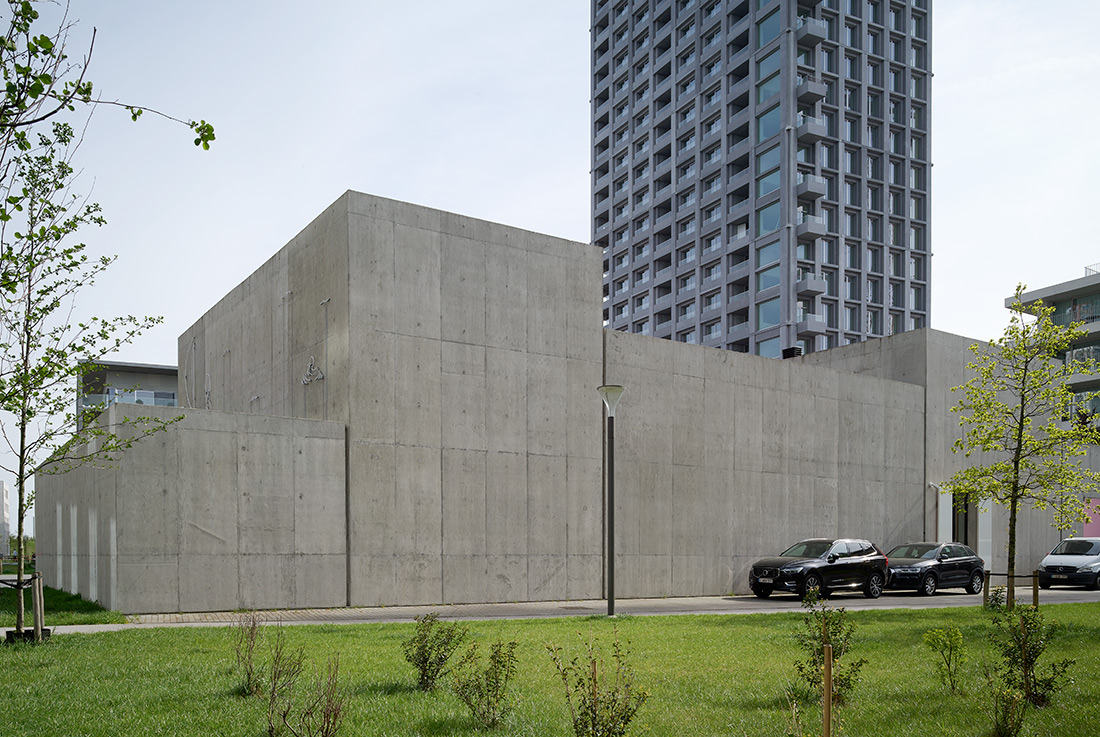 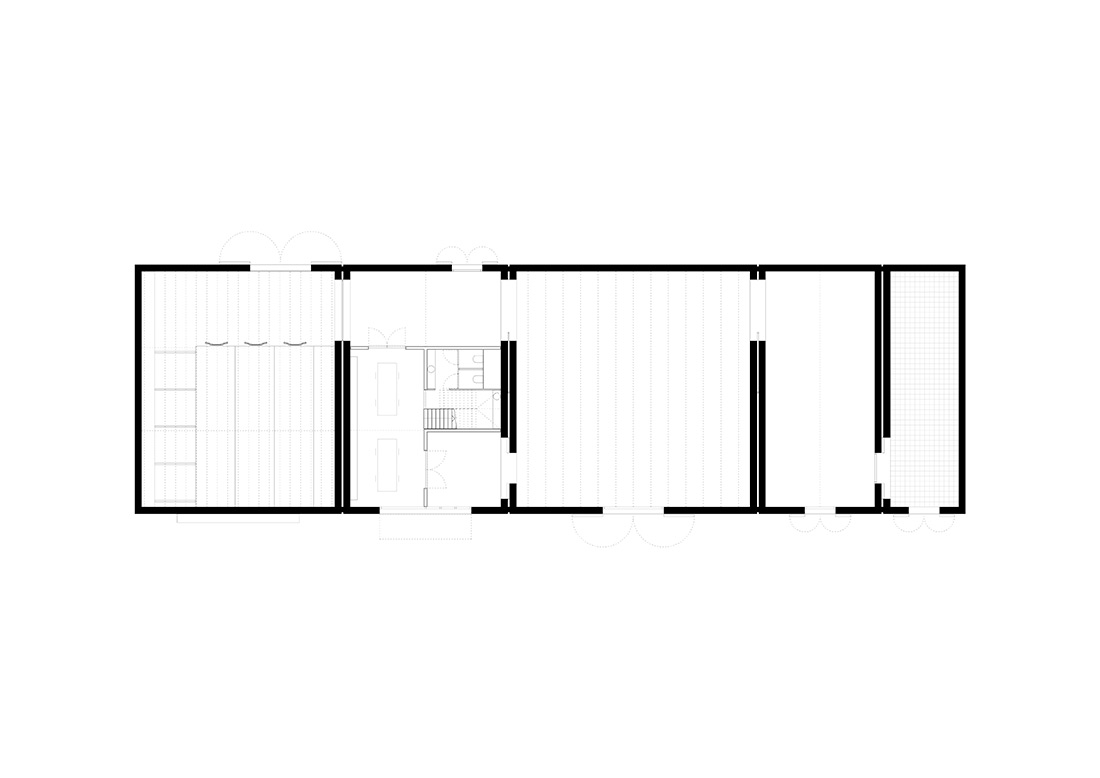 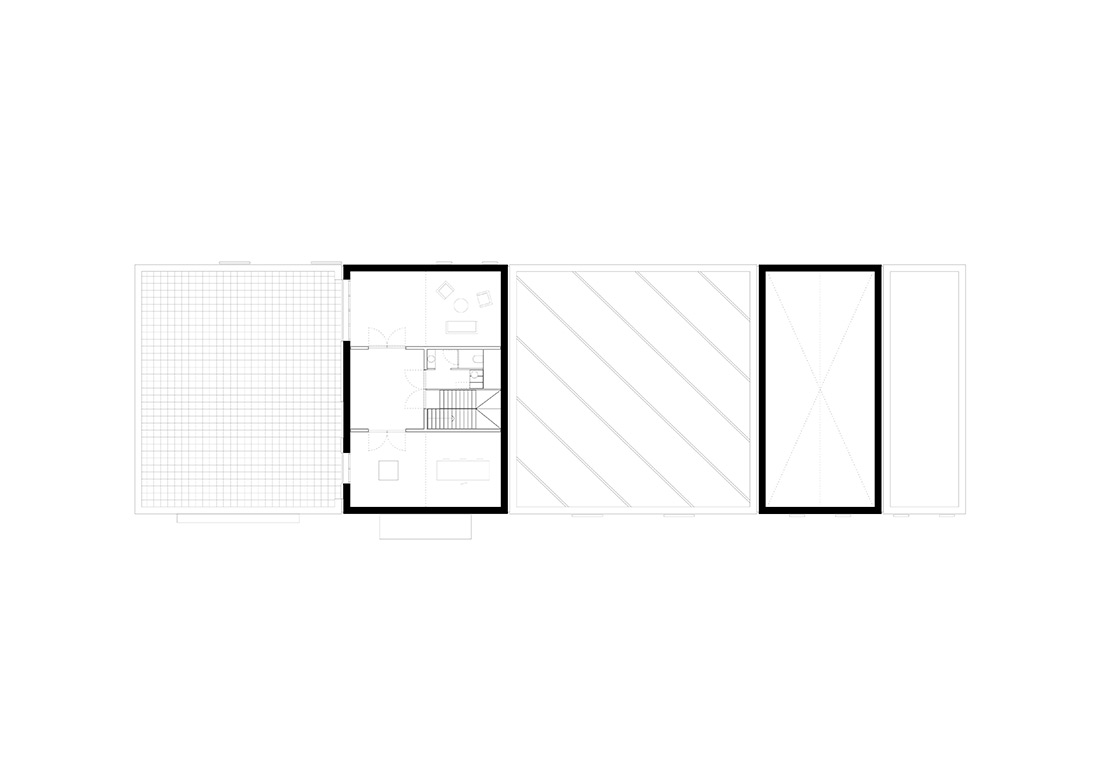 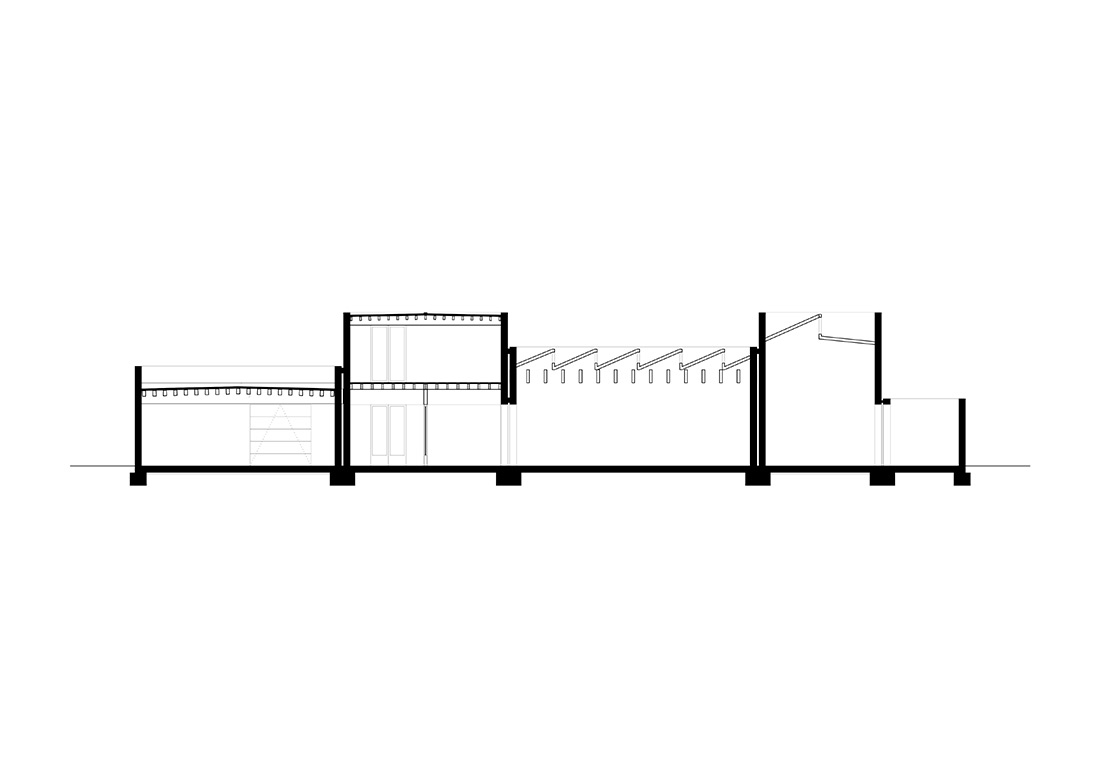 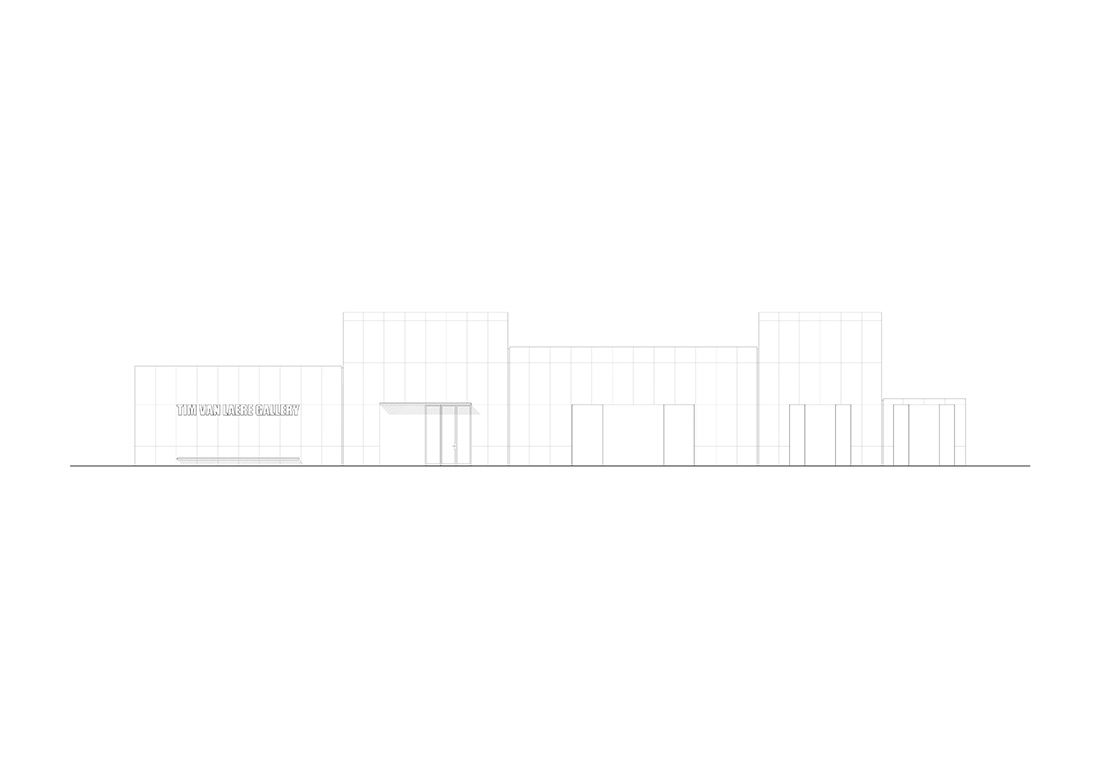 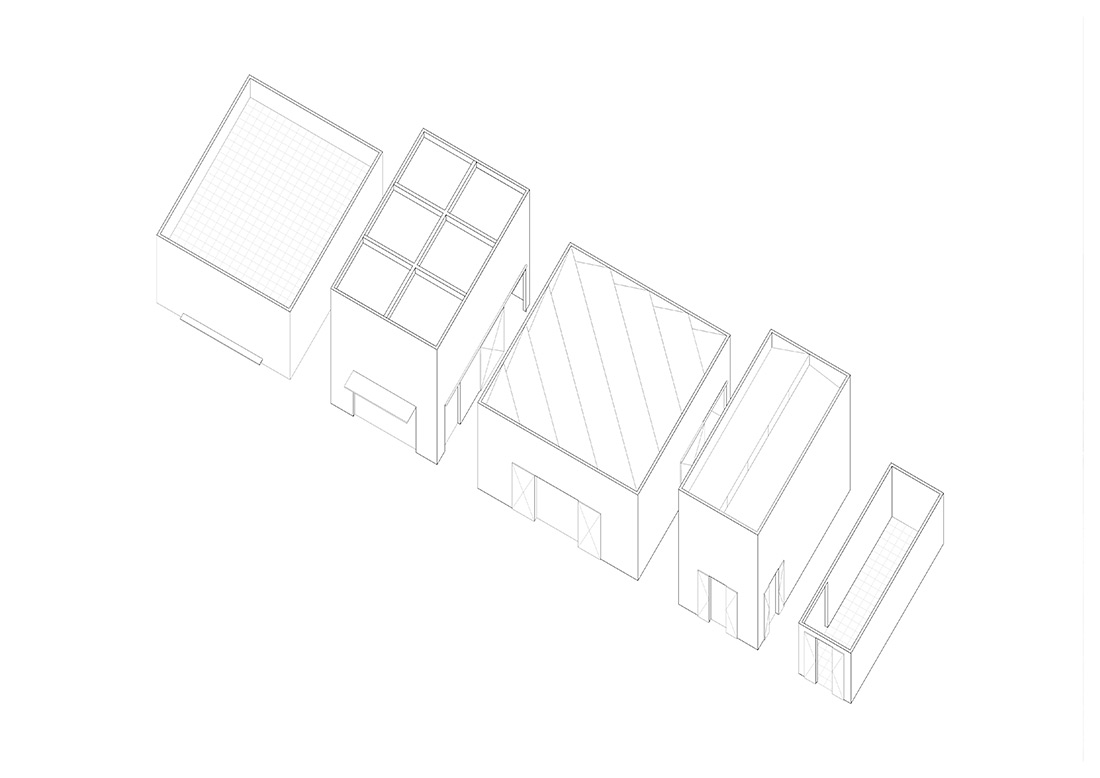