The aim of this project was to design a functional open-space. The narrow rectangular shape of the apartment, created the need to ‘merge’ its diverse functions, eliminating any solid obstacles between them. Hence, the existing linear wall between the kitchen and the living room was replaced by light furniture that allows the contact through it. This bespoke composition permits a ‘dialogue’ among the functions and this way the user is free to communicate visually with all the space.

The materials used are plywood for the structural parts, and lacquered mdf wood for the mobile parts. The colors of the lacquered parts complete and strengthen the playful character of the design, while the shown edges of the plywood punctuate its form.

The design of the bathroom follows as well the concept of the open-space. The shower is separated from the rest of the facilities with a glass, so the first impression is a continuous space, emphasized by the use of only one material.

The interior design of the flat is then completed by the mixed use of vintage and new pieces, each one of those carefully chosen in order to maintain a modern, simple style.

The Hip Flat is a chic, contemporary apartment. The cool atmosphere by the bright color combination creates a ‘wow effect’ as soon as you enter the space. The shape of the bespoke furniture punctuates this effect, attracting the curiosity of the user, while its ‘transparency’ never blocks the abundant natural light. It is a cozy apartment that aims to continuously surprise you. 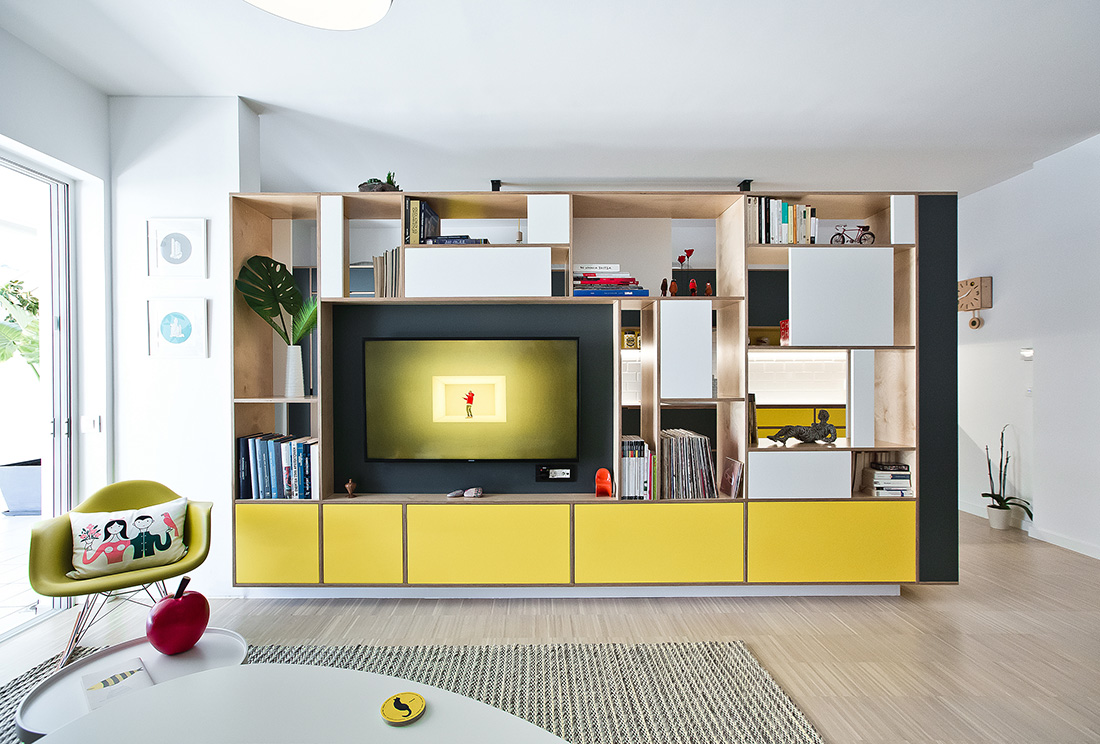 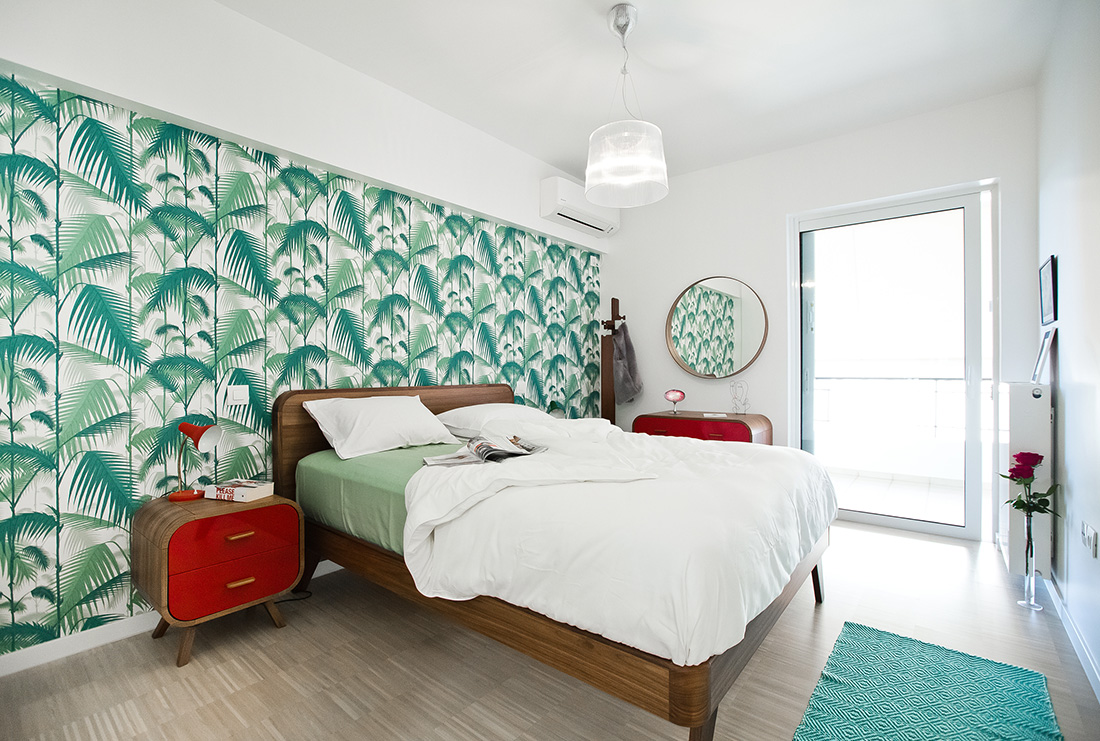 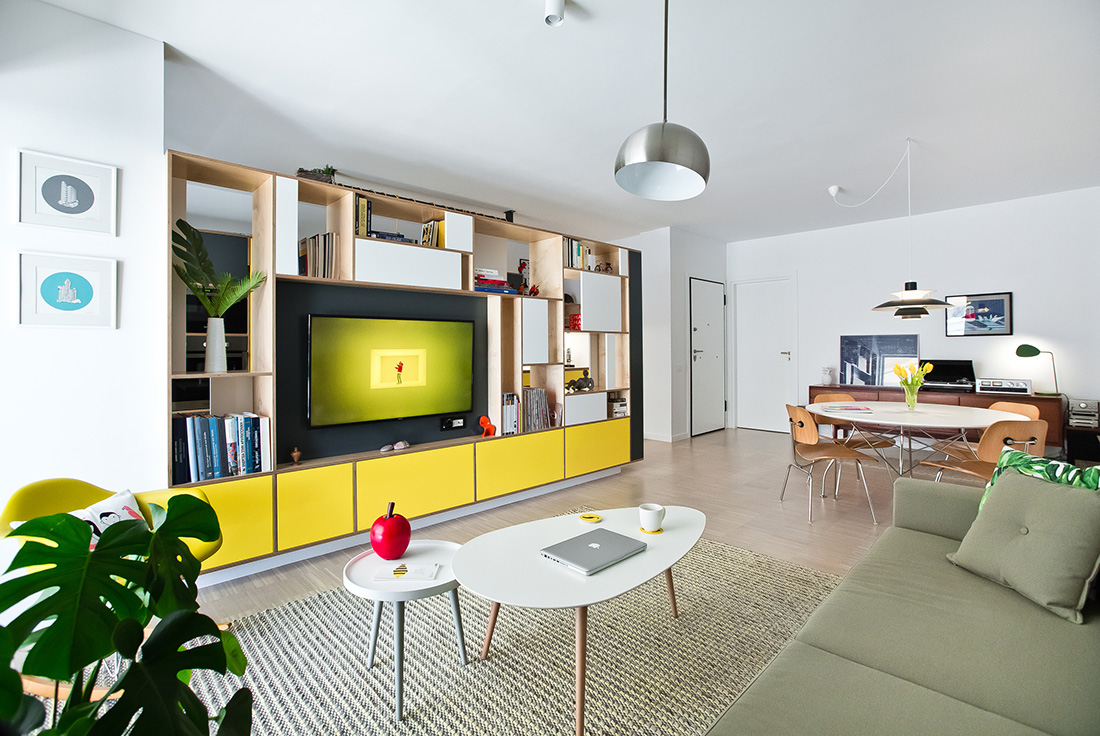 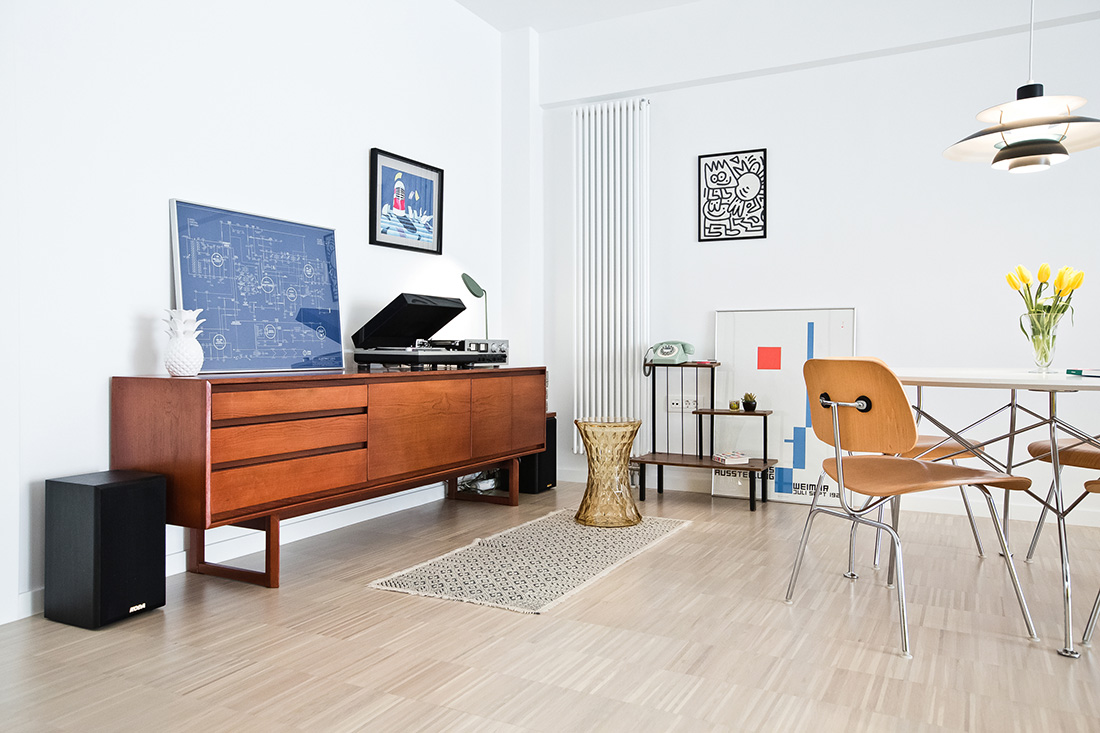 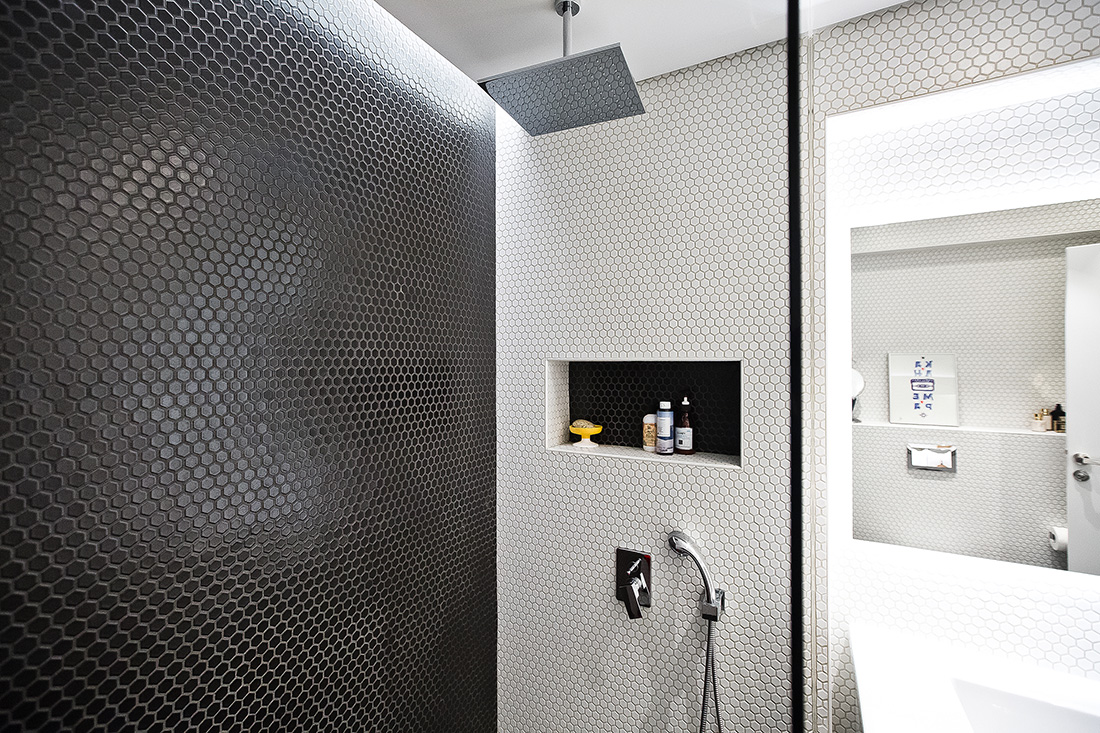 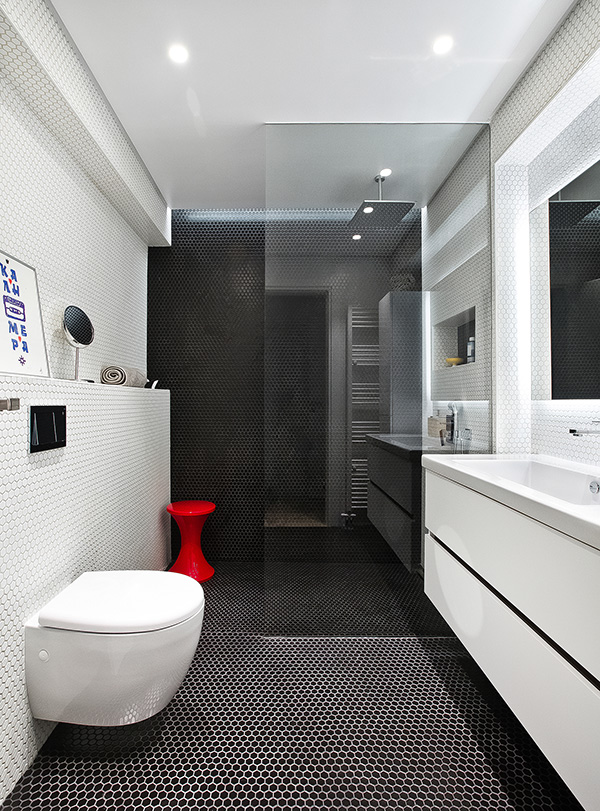 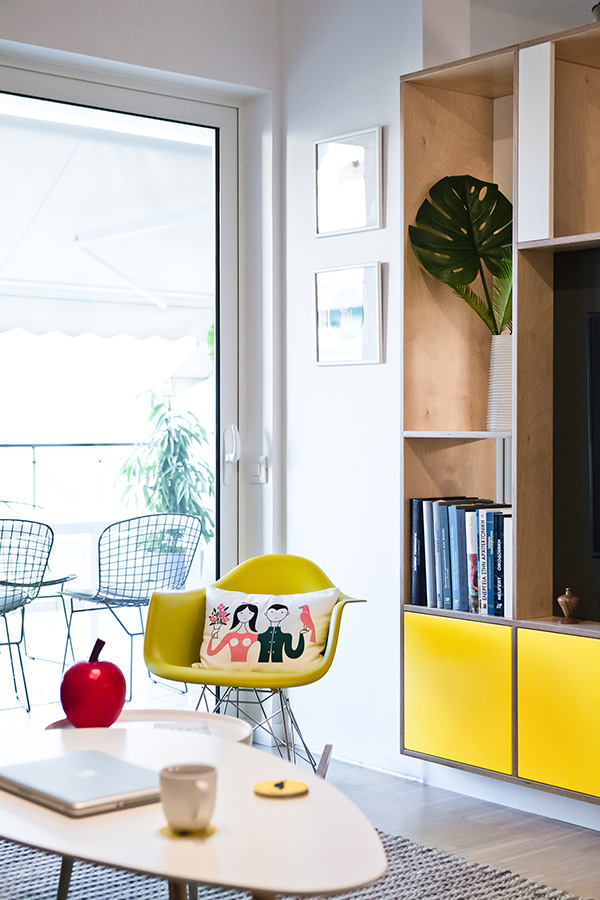 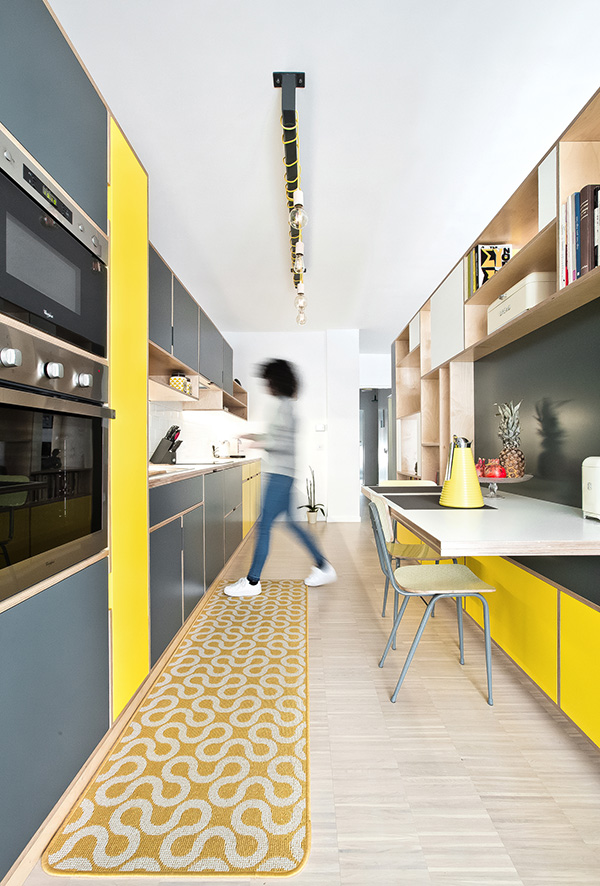 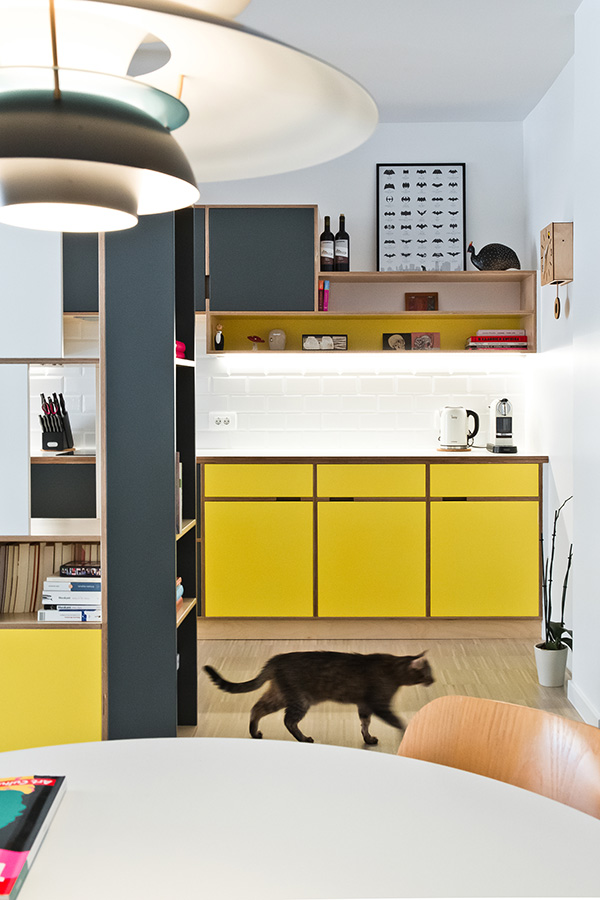 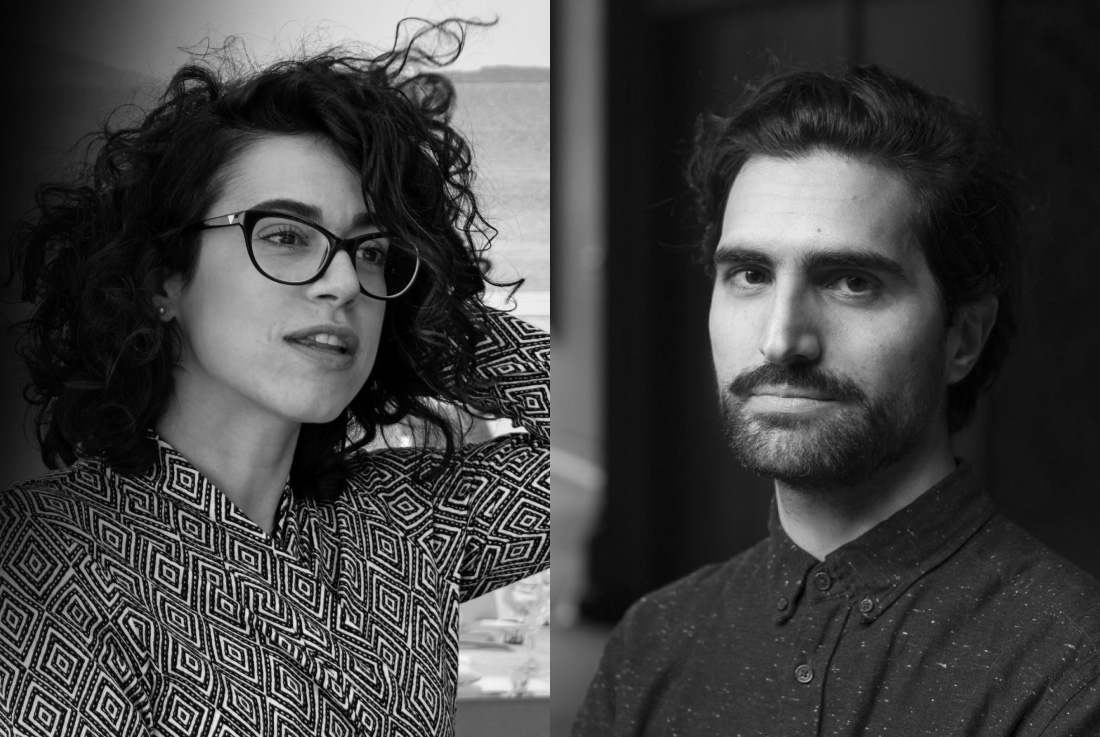