The Elements collection was conceived within the framework of a rigorous design exercise. The task we imposed on ourselves was to reinterpret the simple light composition of base + arm + illuminating element and find innovation within this restrictive frame. Our aim was to take one of these 3 elements – (1) the base (2) the arm (3) the illuminating element, and to transform it such that it would give this simple archetype a new identity. We wanted our intervention to be simple, yet powerful. In the archetype, the base is usually a round pill box, the arm is usually a tube, and the illuminating element is either a globe, a cone or a strip. The second defining concept of the Elements series is to use color as an additional dimension to further express the novelty of each simple composition. It is the first time that we have used color across all series of one collection. The simplicity of the composition allowed for color to play a clarifying role. Adding color to a design can either strengthen or weaken the design. Adding color to an already complex shape might weaken the overall composition. In the Elements series however, the strength of the composition is based on the new relationship between 3 simple elements and in this context color serves to highlight this theme. An example is the Array series-the base remains a simple round pillbox, the ‘arm’ remains a simple round tube, but the illuminating element is neither a globe, cone or strip as expected in the archetype, but a number of small tubes arranged along the main tube. The Tube with globes and cones series again the elements of the base, arm and globe remain-but the composition differs from that of the archetype with the globe placed on the side of the tube rather than on the top. In the Tube and globe series, we are attaching an illuminated rotating tube to the classic ‘arm’ element. 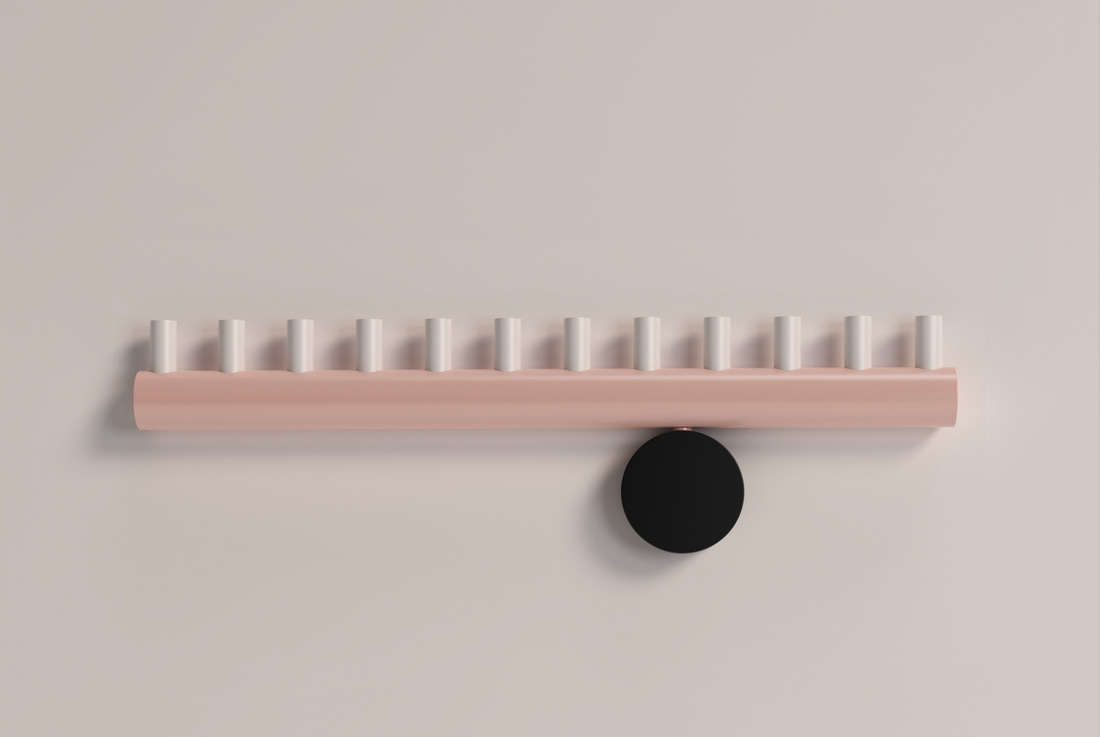 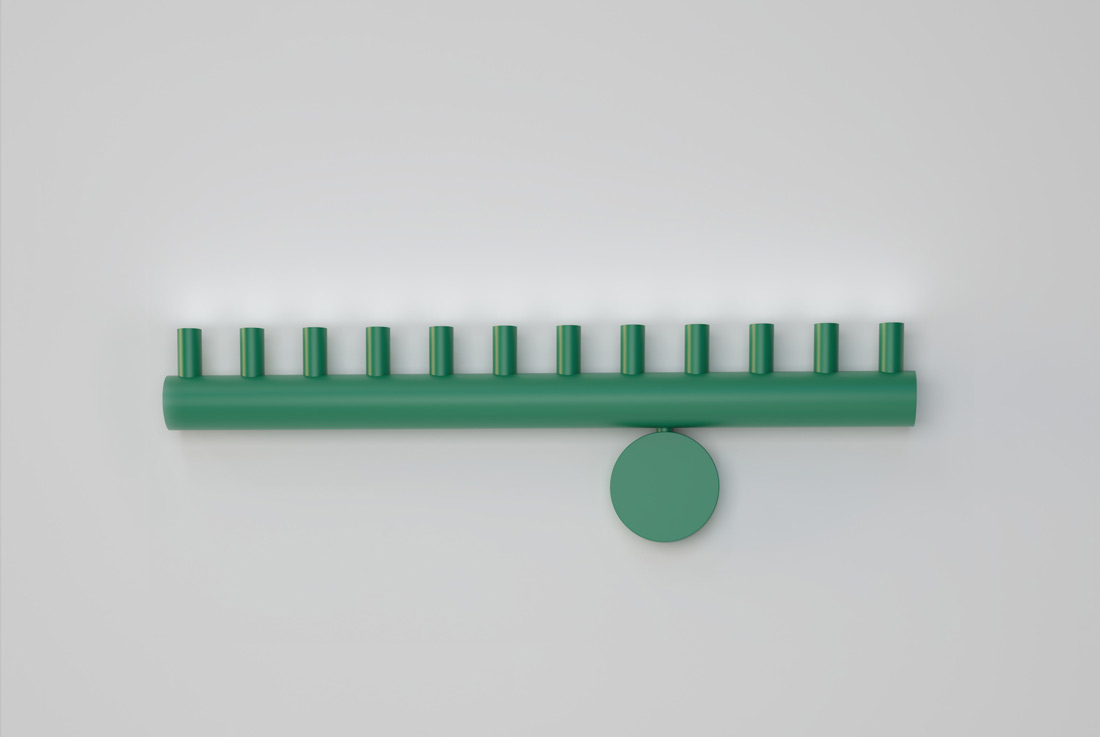 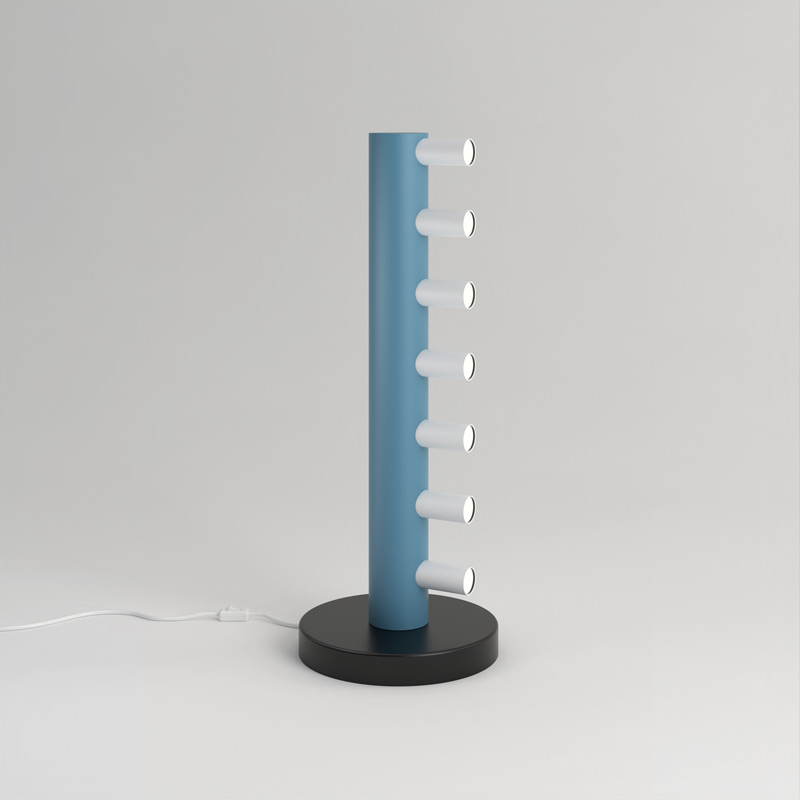 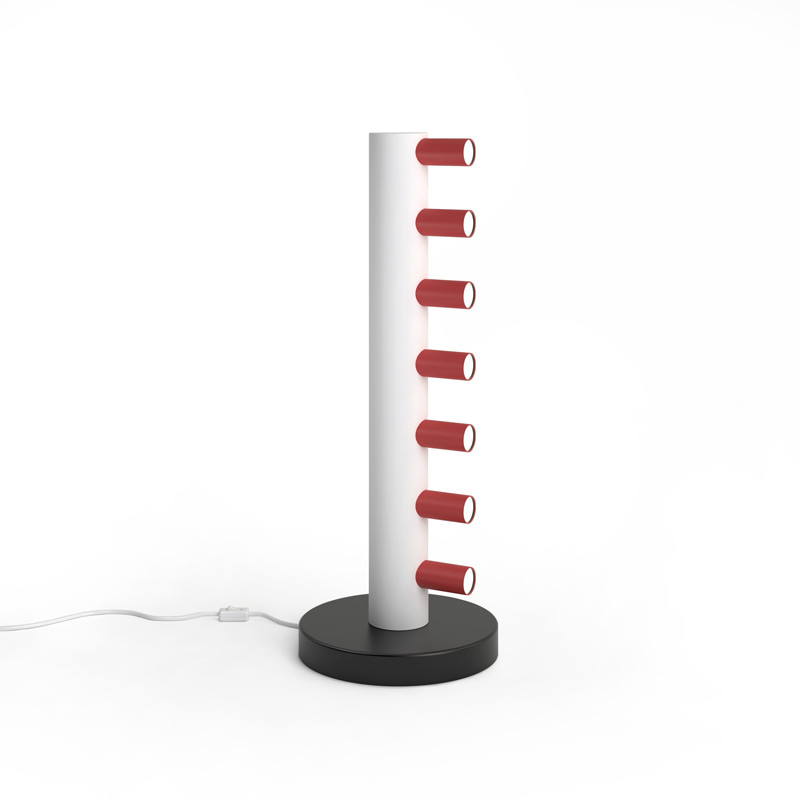 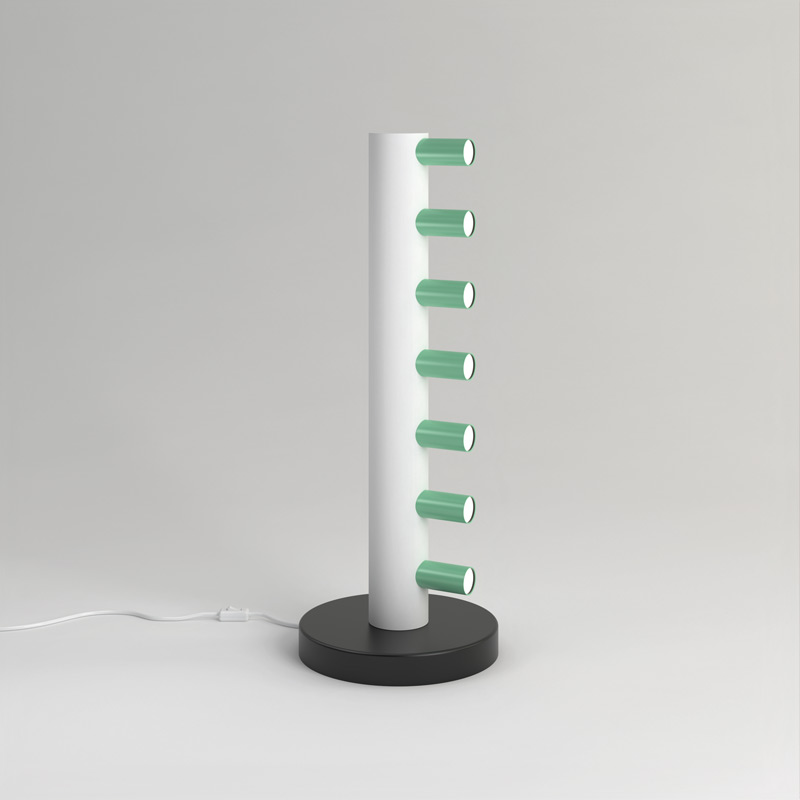 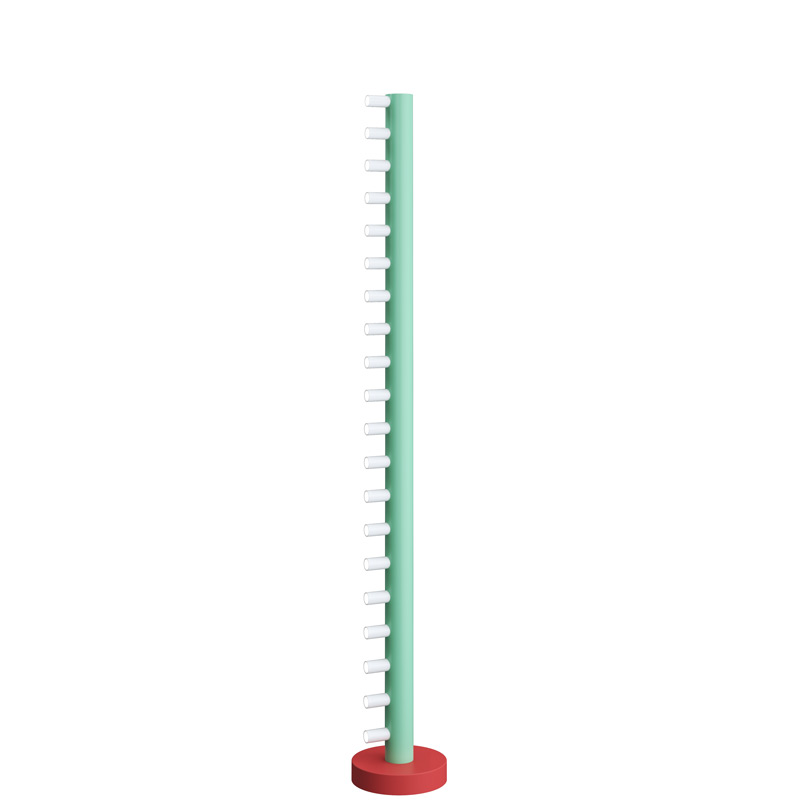 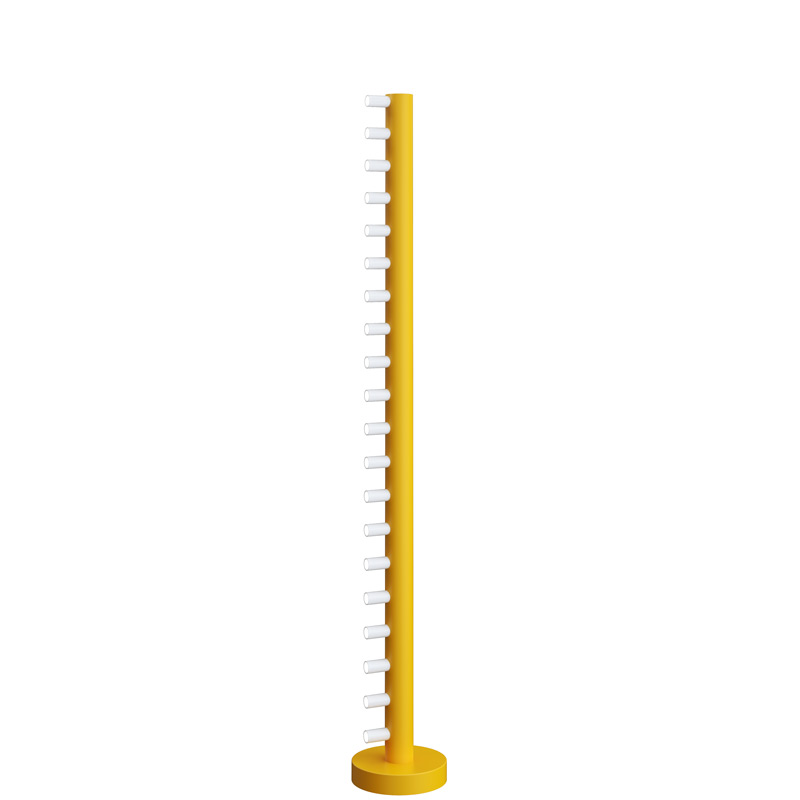 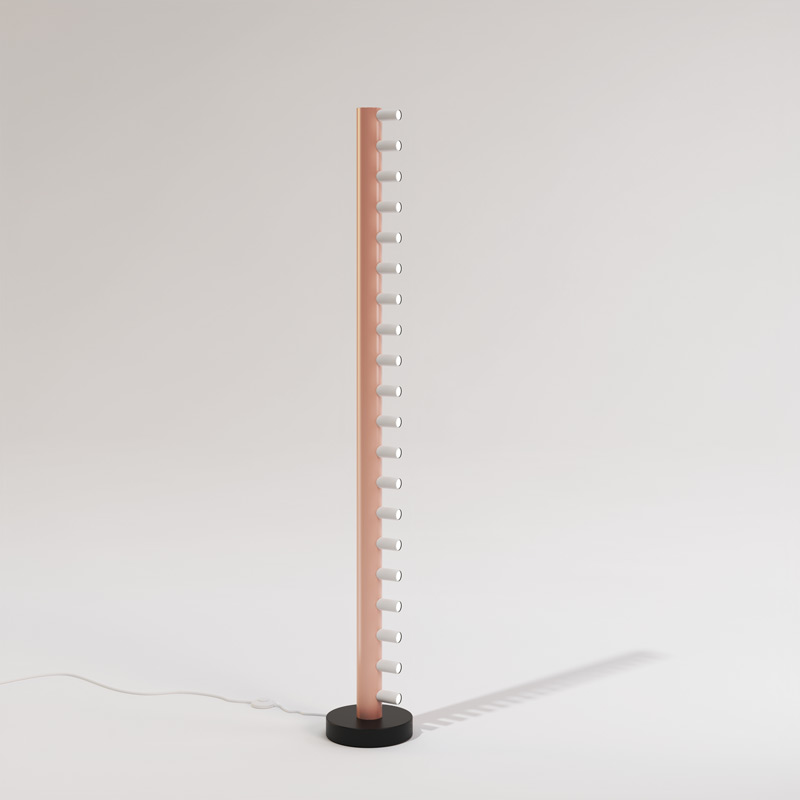 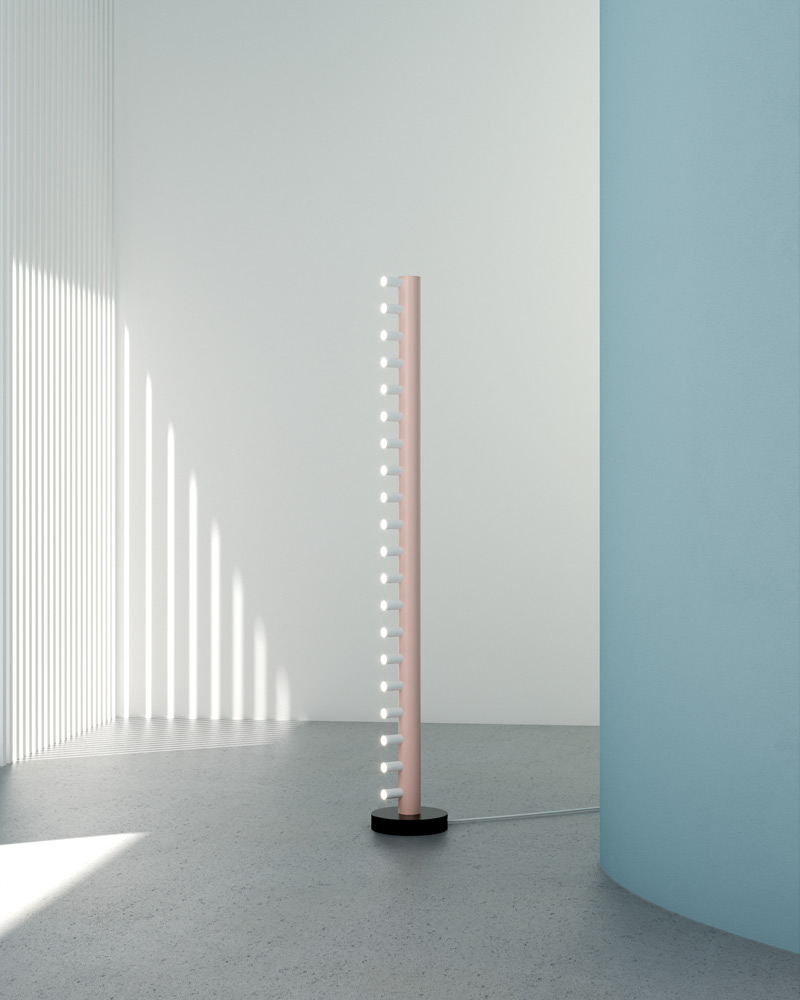 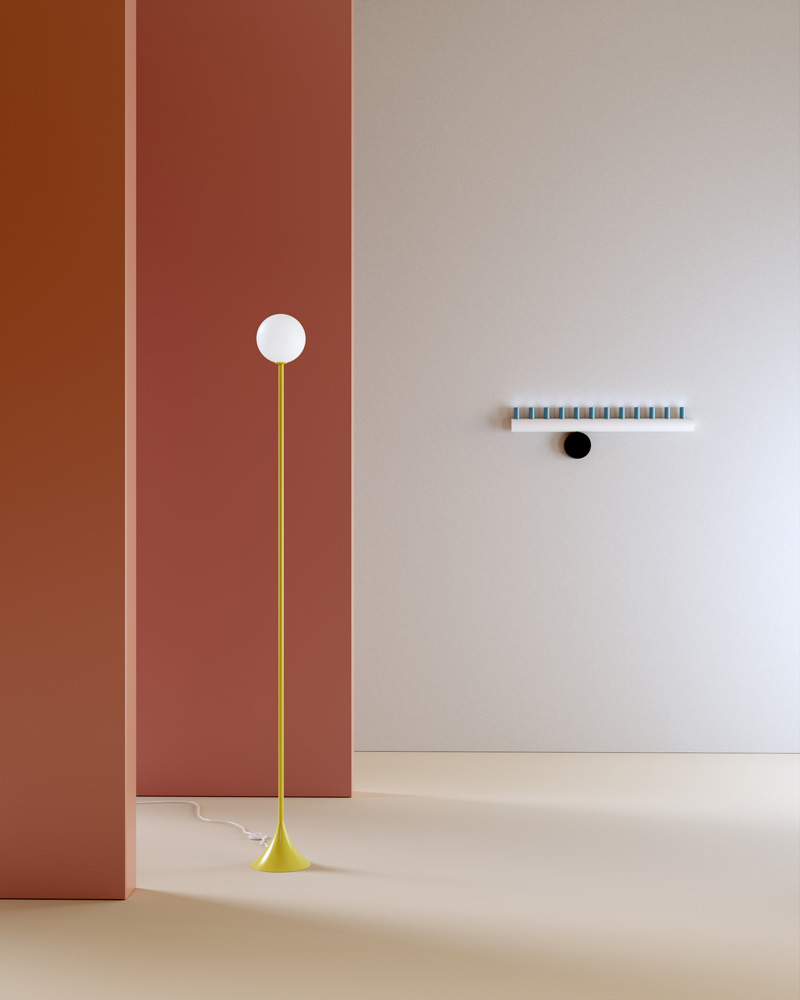