The design of the single family house is reacting to the requirement of town development plan with a new interpretation of the classical saddle-roof in shape of an asymmetric multiple folded roof. A U-shaped floor plan is organized in 3 “wings”, the different room heights are united under the folded roof and define the distinctive geometry. In respect of the traditional Burgenland town-character the house is presenting itself closed towards the street and opens up generously in shape of an atrium house to the backyard and garden. There are no strict borders between inside and outside – it is a smooth and floating transition. Also the inside is designed to be an open and light-flooded living concept. Foyer, living room and kitchen are one continuous living space and define the heart of the building. The folded roof is defining the different zones and at the same time joining them as one unit. The void allows attractive visual sights between the two floors but maintains at the same time a feeling of privacy between the generations. The facade is a rough-saw grey larch shiplap shuttering – sliding-folding sunscreen elements change the buildings face due to the demand of the owners.

A new interpretation of the classical saddle-roof in shape of an asymmetric multiple folded roof, which gives the house its distinctive appearance and defines in the inside the different living zones. 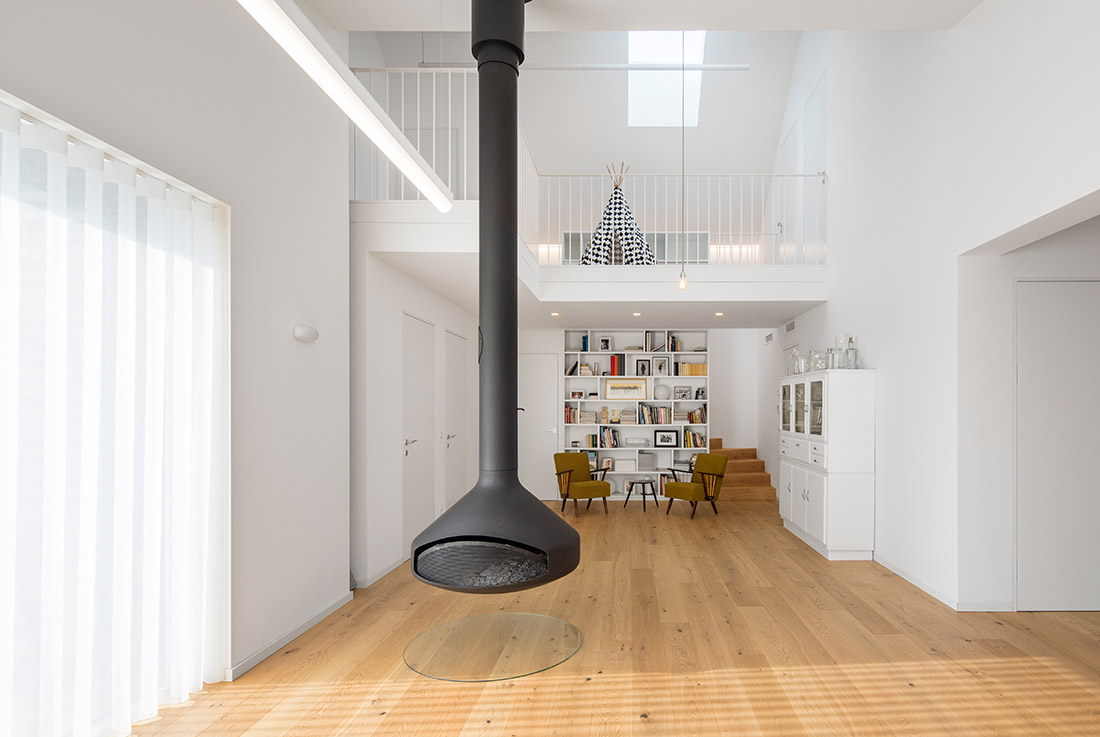 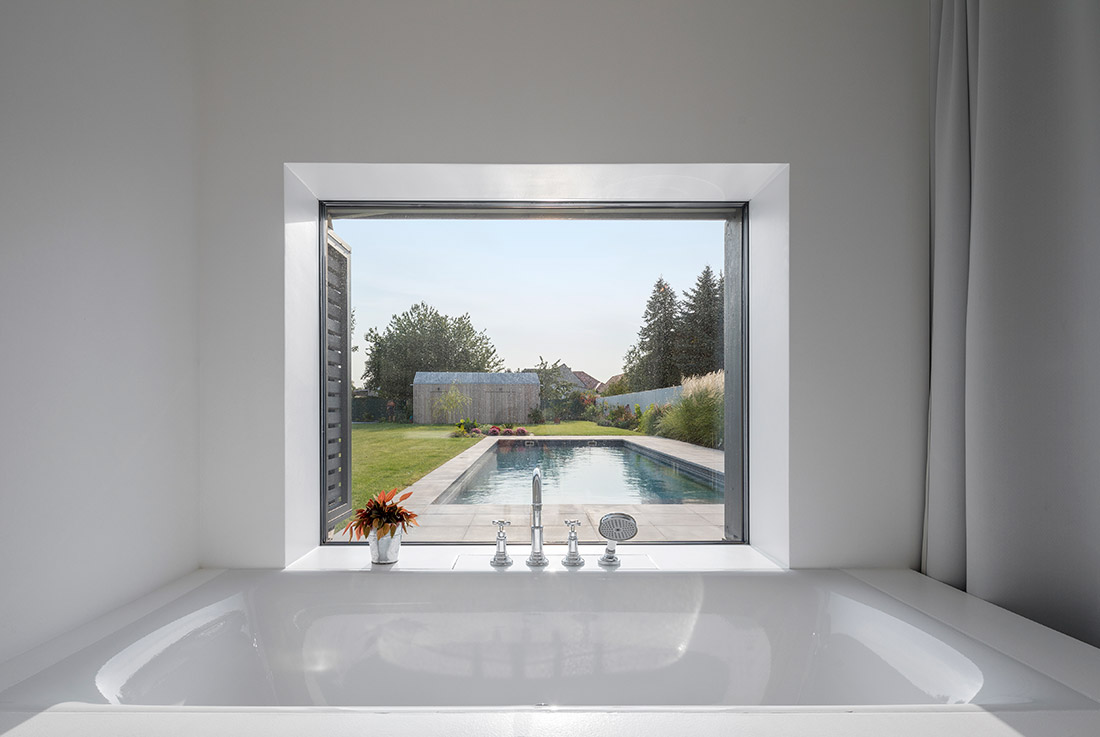 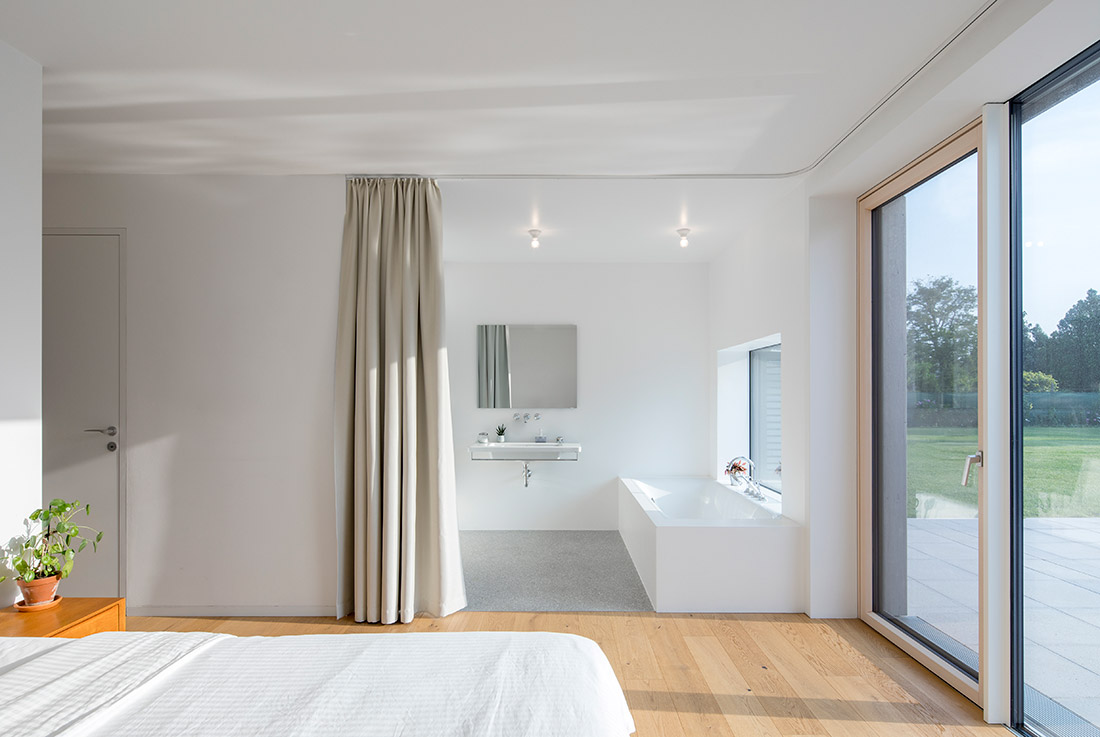 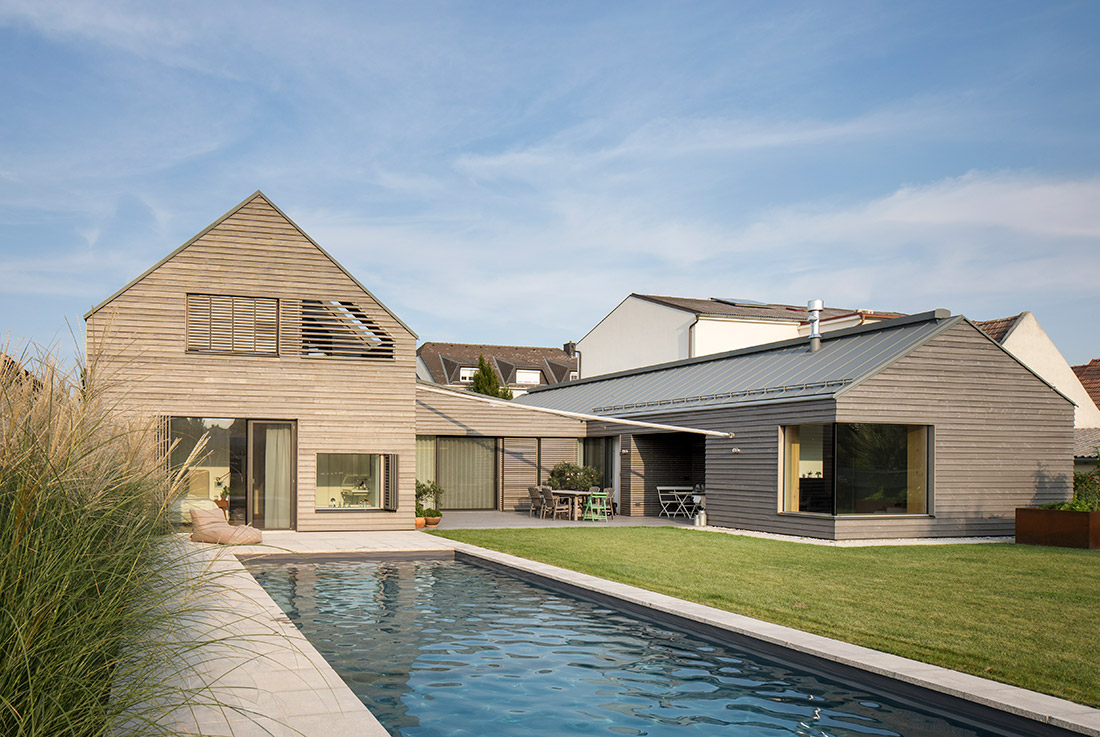 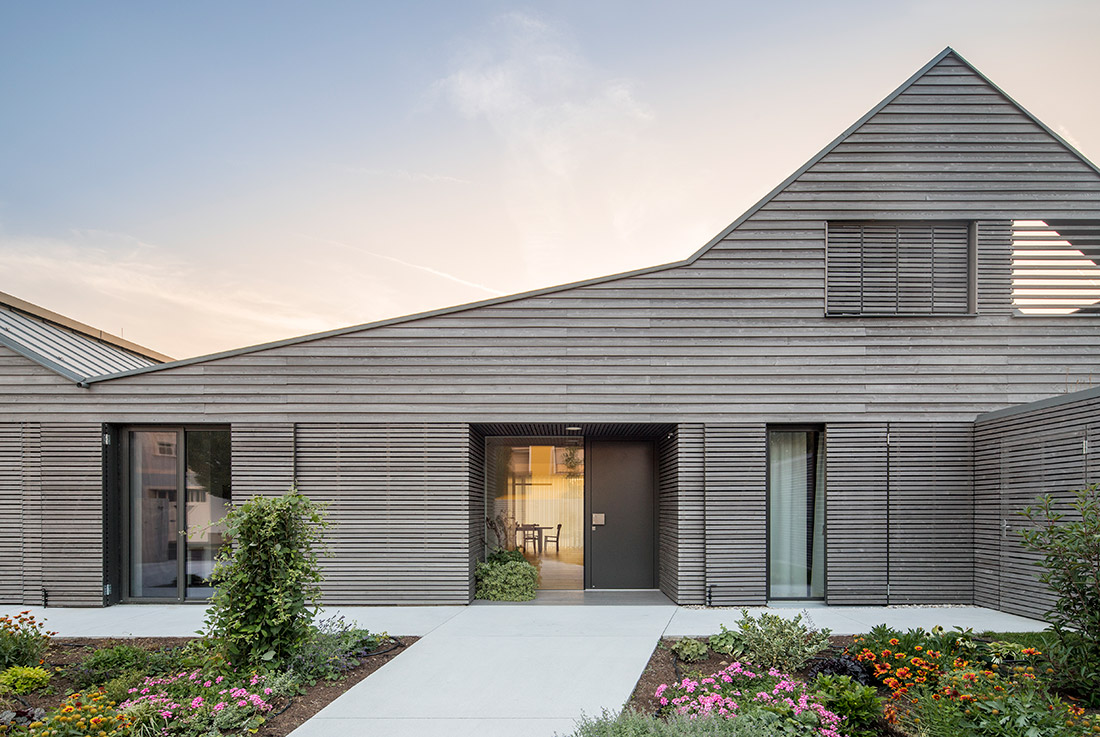 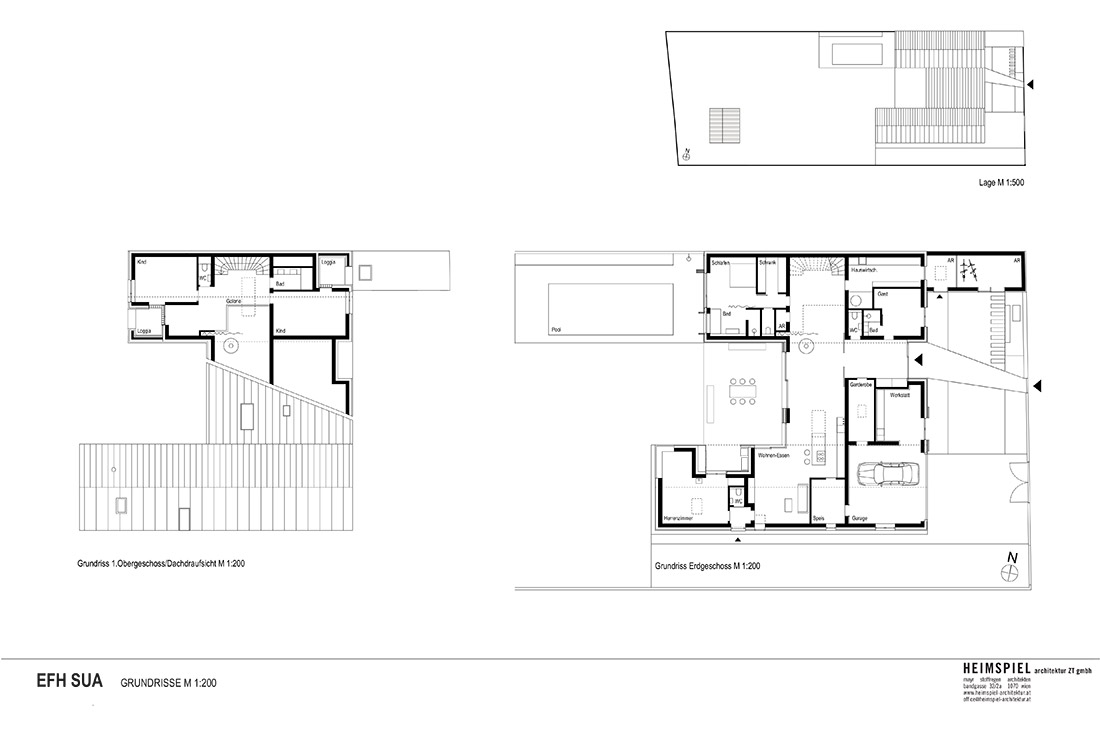 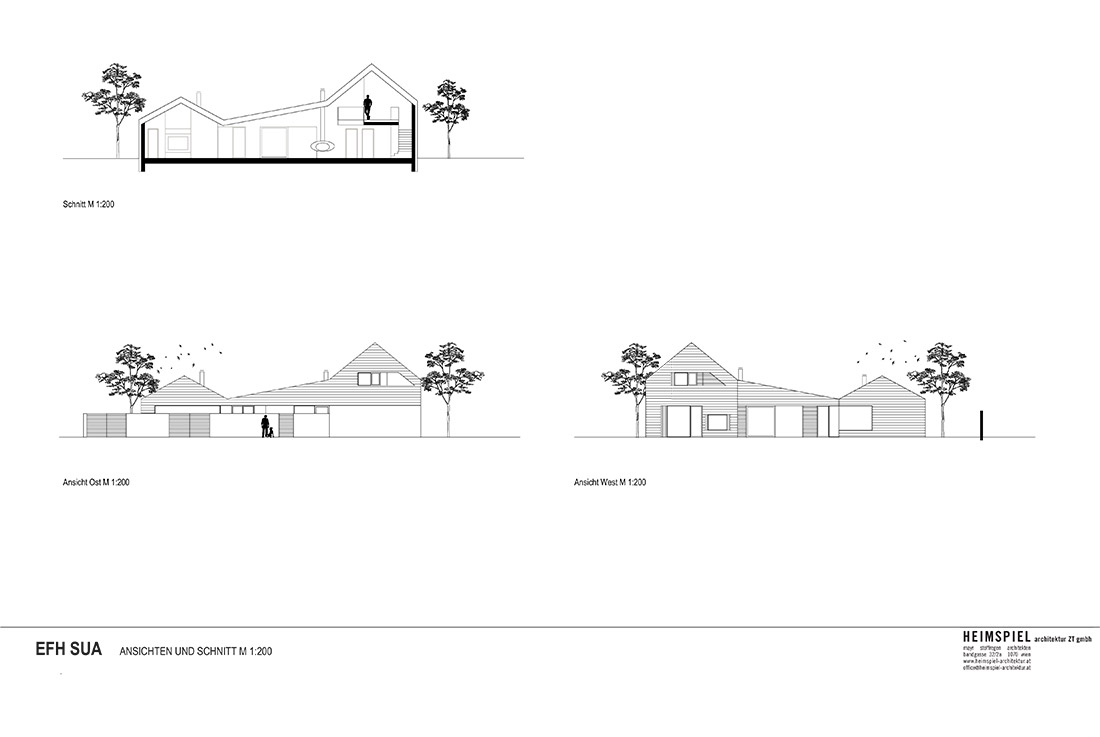