The ŠTAJNHAUS has not been a project, the ŠTAJNHAUS has been a process. This house with a Baroque-Renaissance core stands right at the foot of the chateau hill, in the former Jewish quarter of Mikulov. Throughout its existence it has suffered a great many scars, it has gone through tens of reconstructions and operations. All of these have altered the house beyond recognition. Yet it has maintained its almost medieval picturesqueness.

We came to a “pudding stone”. The more individual layers, spaces and surprising circumstances we uncovered, the more revisions and alterations our project we had to make in our project; and this lasted, in fact, until the end of realisation. In the beginning we did not have a clue where we would come to in the end.

We were looking for a limit what time we could come back to and for a point when we should rather go on a new journey. But we still wanted to preserve the house as an organic unit. You will not find a straight wall or a rectangular opening in the house, so we had to reinvent and remake to measure all the elements, which the investor was compliant with.

Originally, our job was just interior design. Gradually, however, we realized that the interior and exterior could not be solved separately, as the space and the shapes tend to blend together and create an indivisible unit. 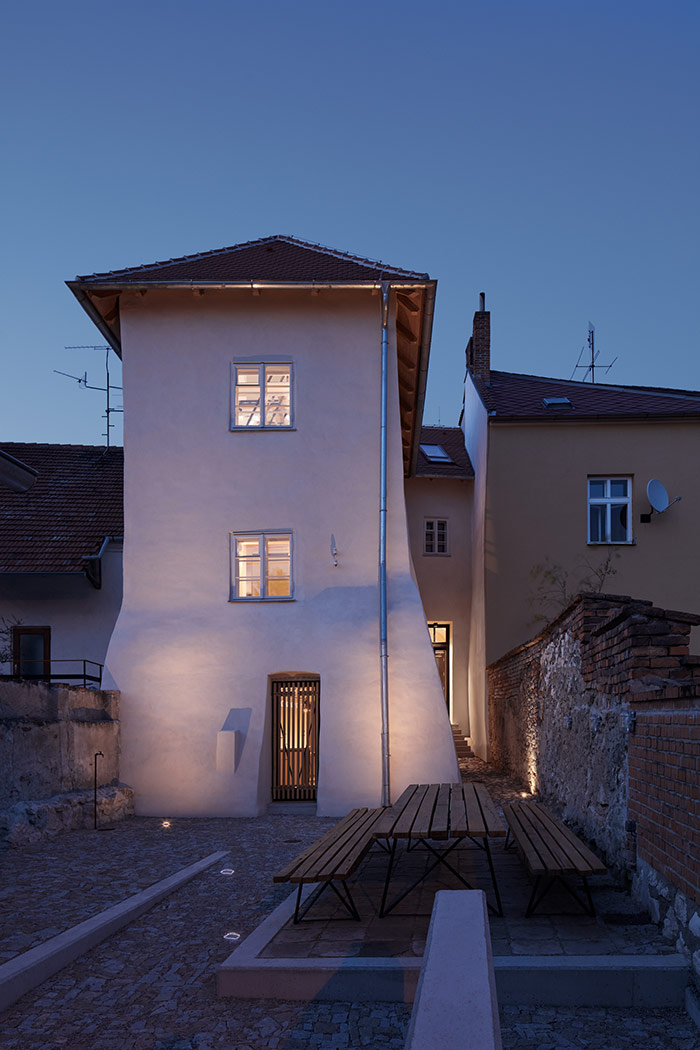 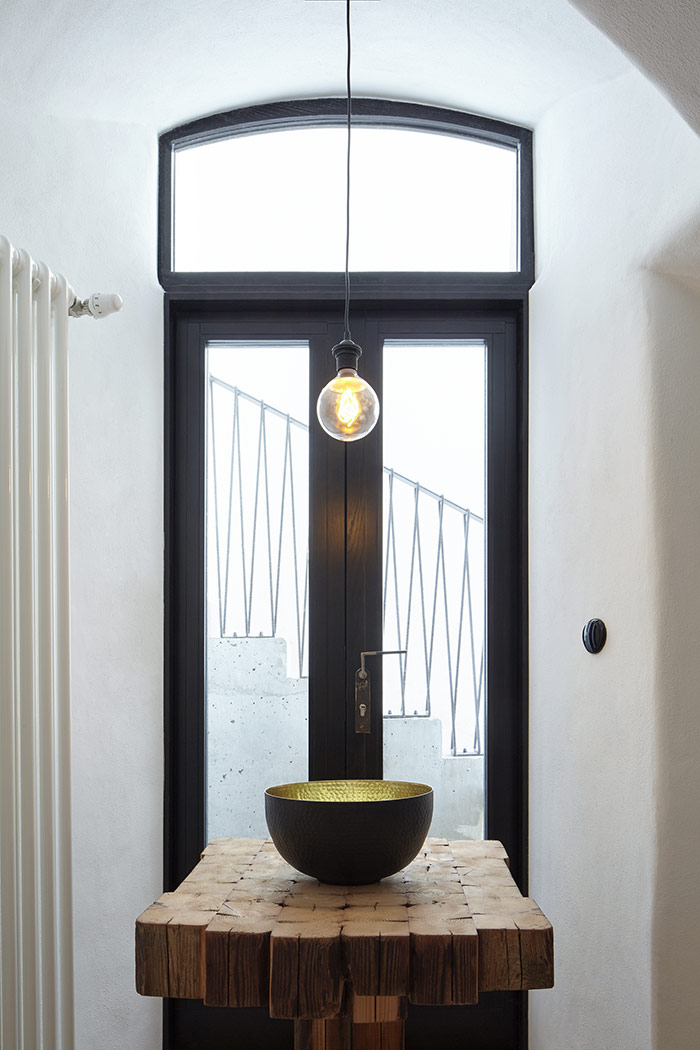 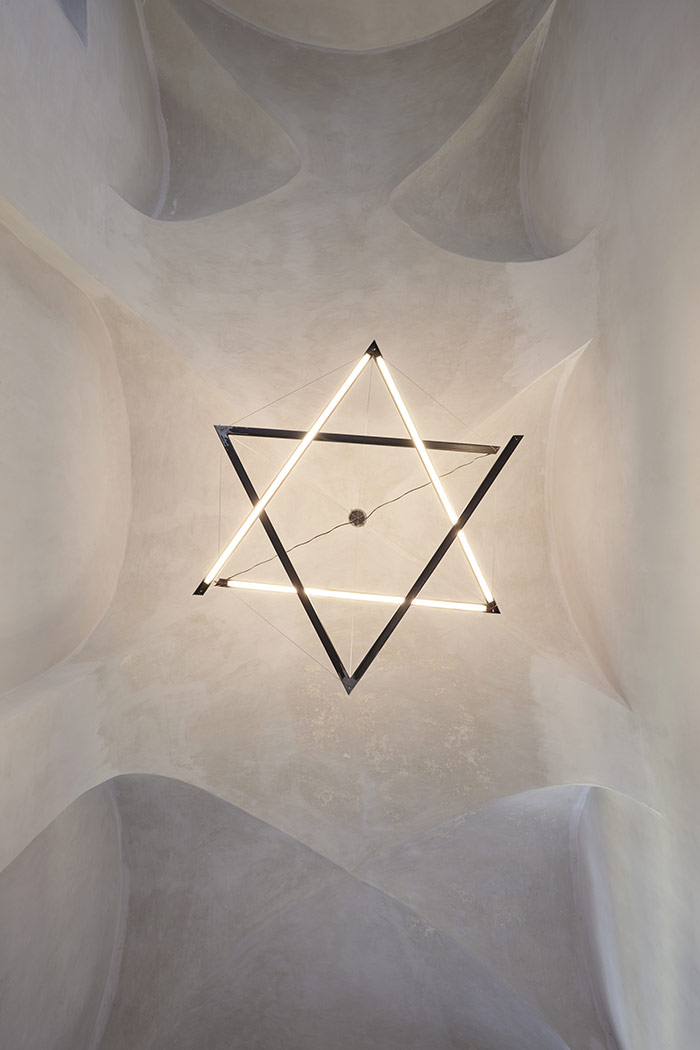 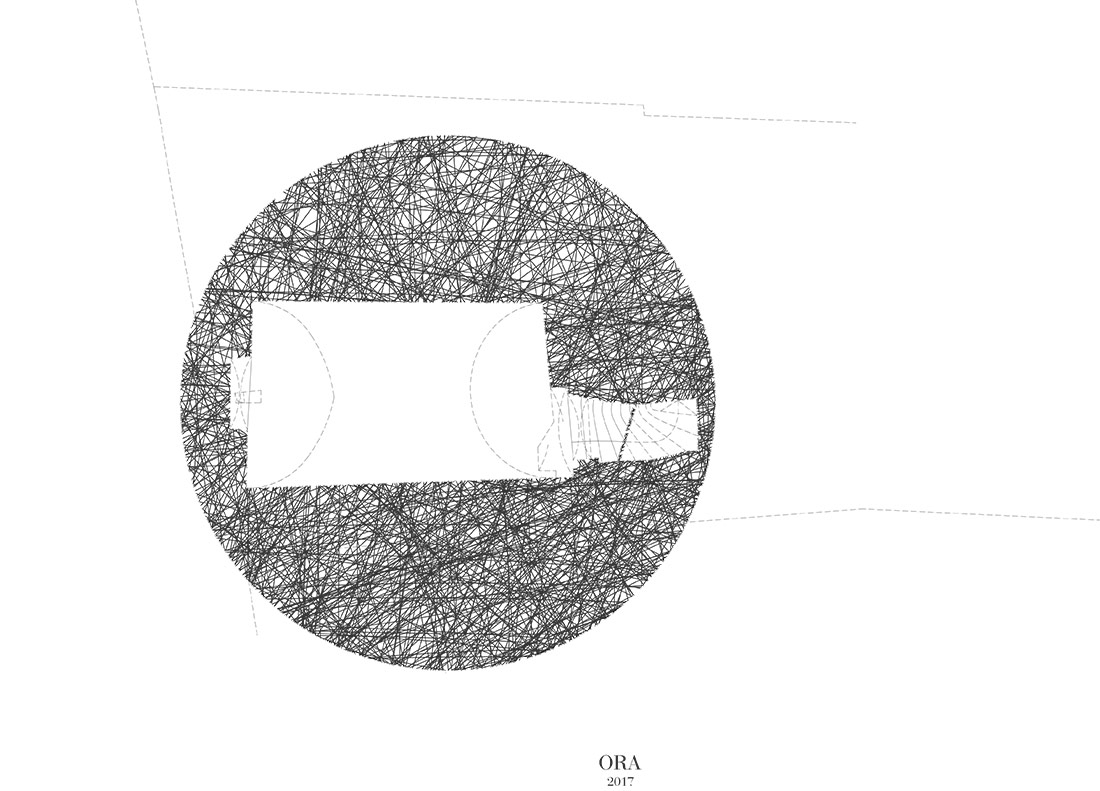 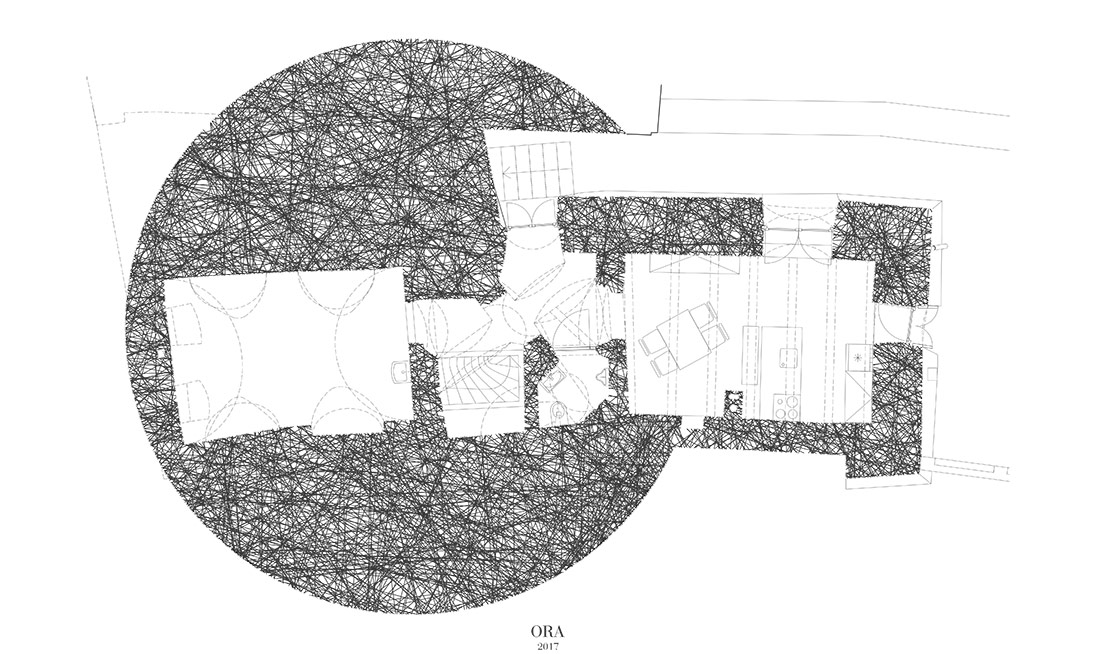 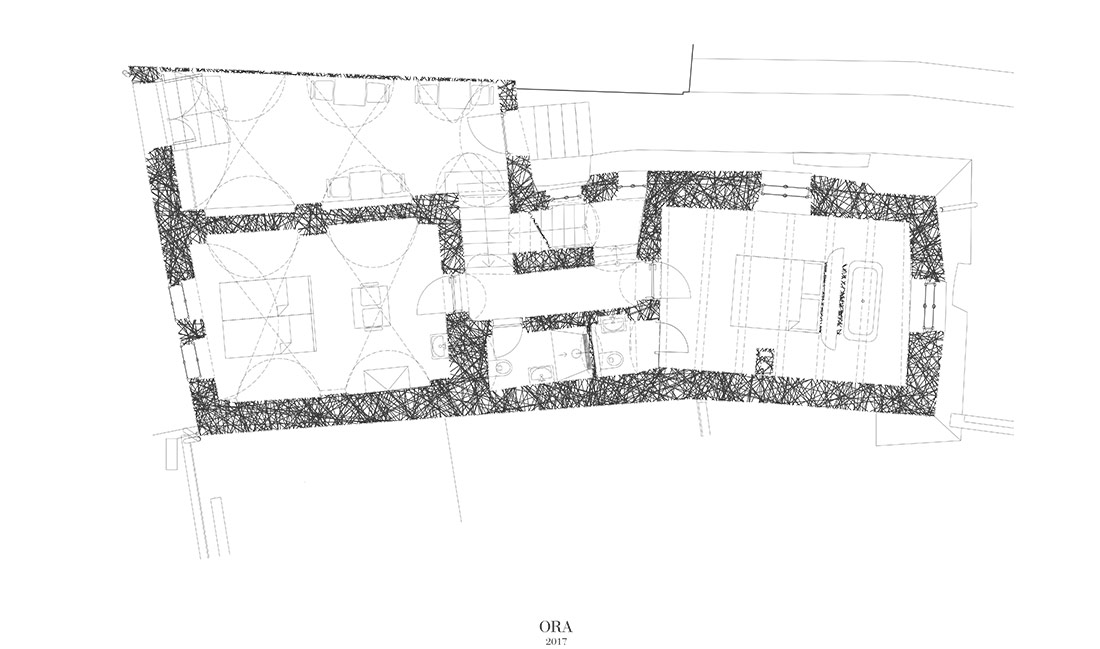 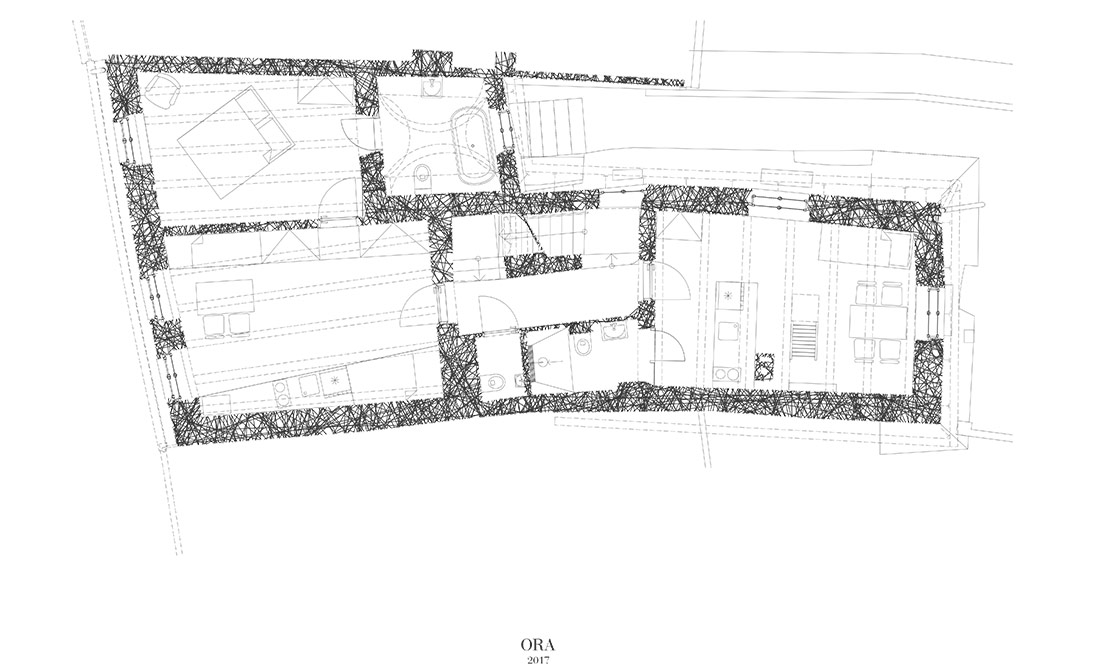 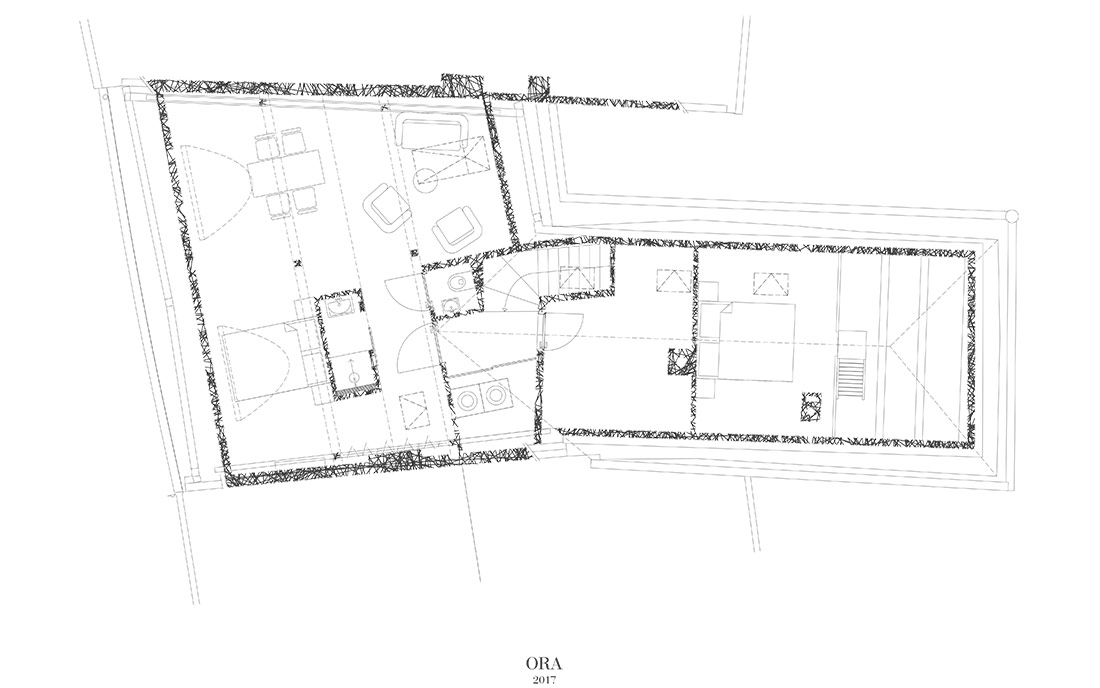