Skorba is a suburb village without a clear structure and no public surface layout. Consequently, the first consideration following the decision to erect a chapel was how to use this opportunity to also lay out a central socialising space for the villagers. As it is a voluntary project the villagers took an active part in the construction as well.
Therefore, the design does not hinge upon the perfection of every detail and does not feature any high-tech solutions. Instead, the combination of simple materiality and emphasised volumes creates an attractive spatial element, its appearance sufficiently bold to drown the heterogeneous structure of the surroundings and mark the significance of the area.

What makes this project one-of-a-kind?
In discussing the new village centre Skorba, it is remarkable that the entire project, from the initial idea to completion, was driven by the initiative of the inhabitants themselves. They took an active part in raising the funds to purchase the plot as well as in the construction, which required many hours of voluntary work by the villagers.
The first consideration following the decision to erect a village chapel was how to use this opportunity to also lay out a new village centre, a central event and socialising space for the villagers. 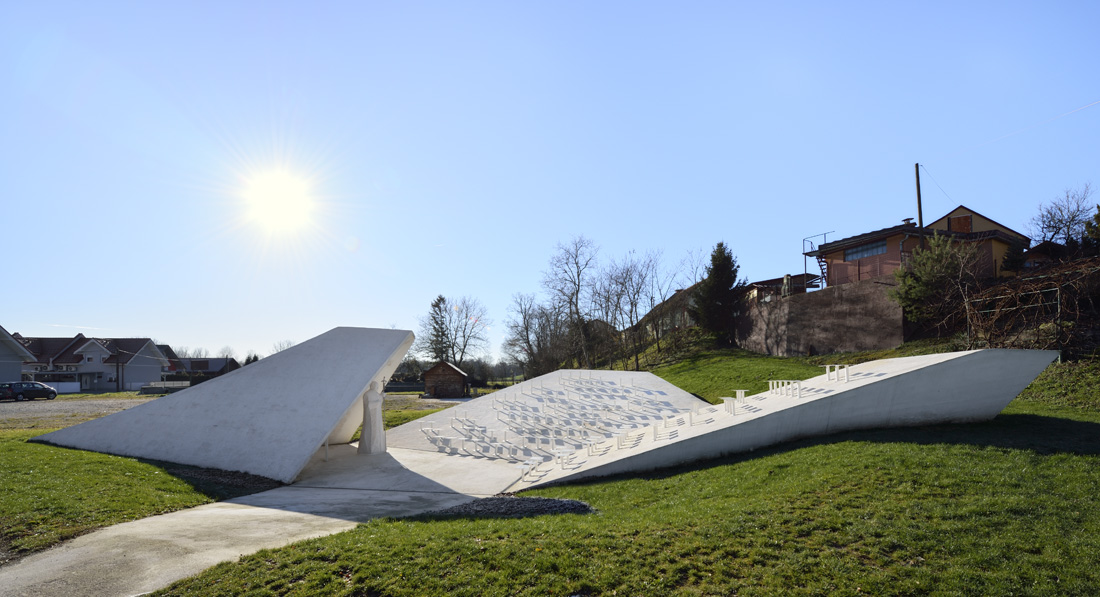 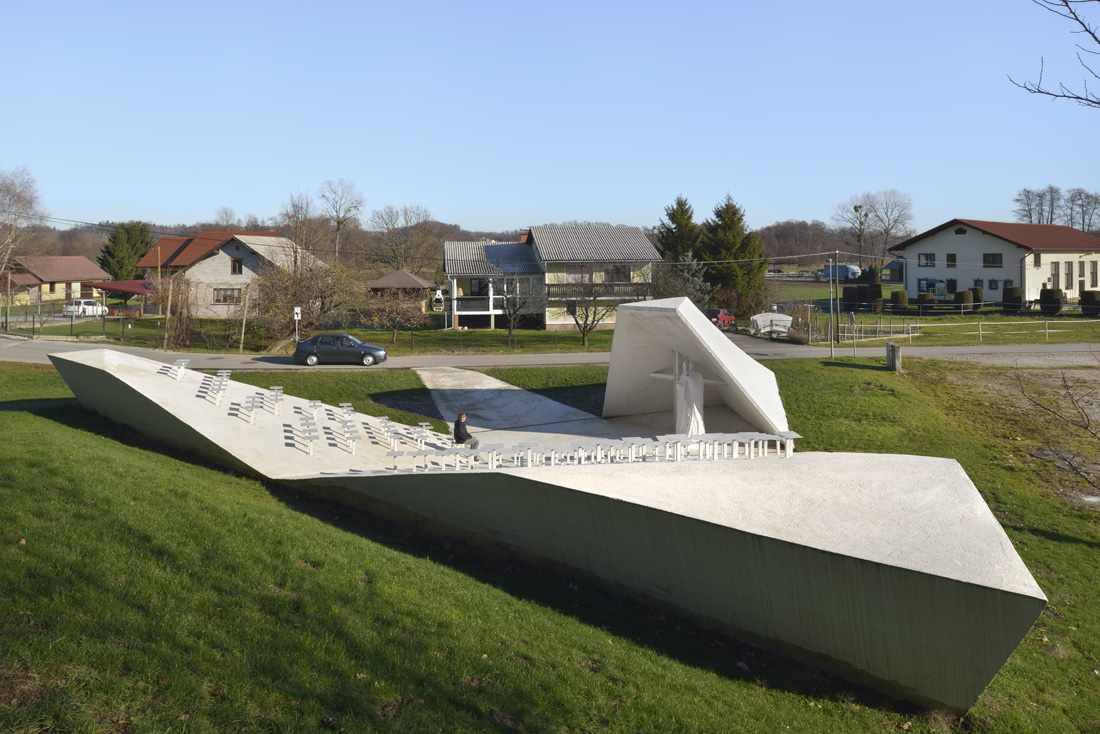 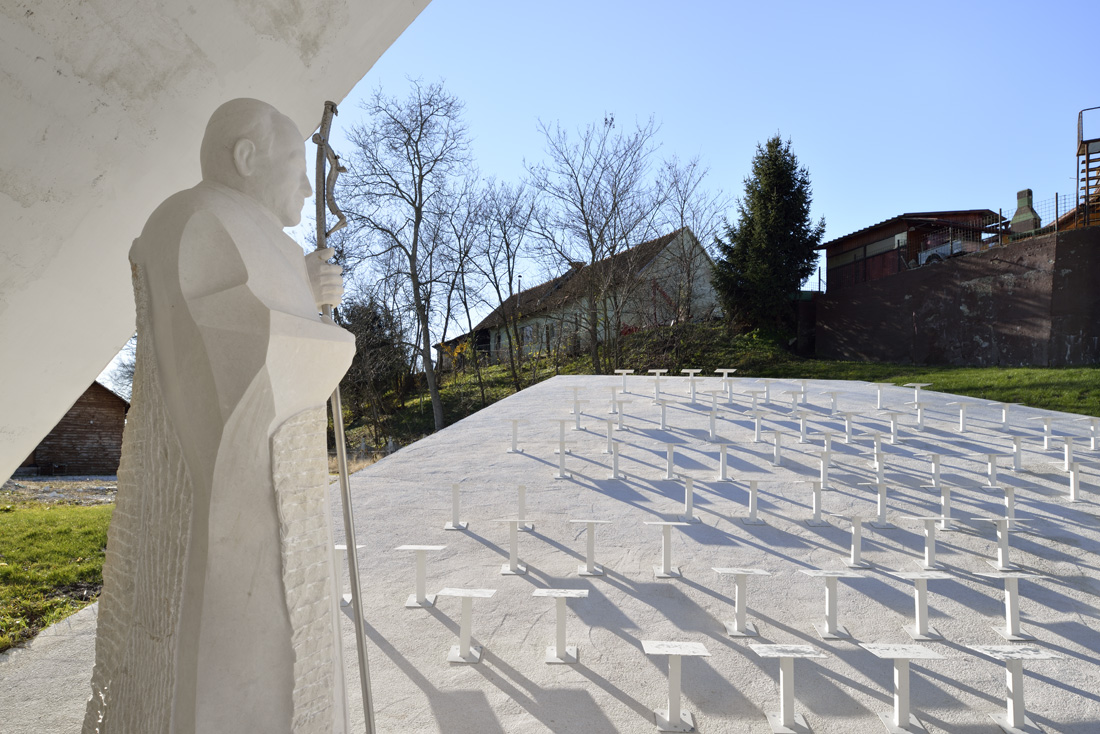 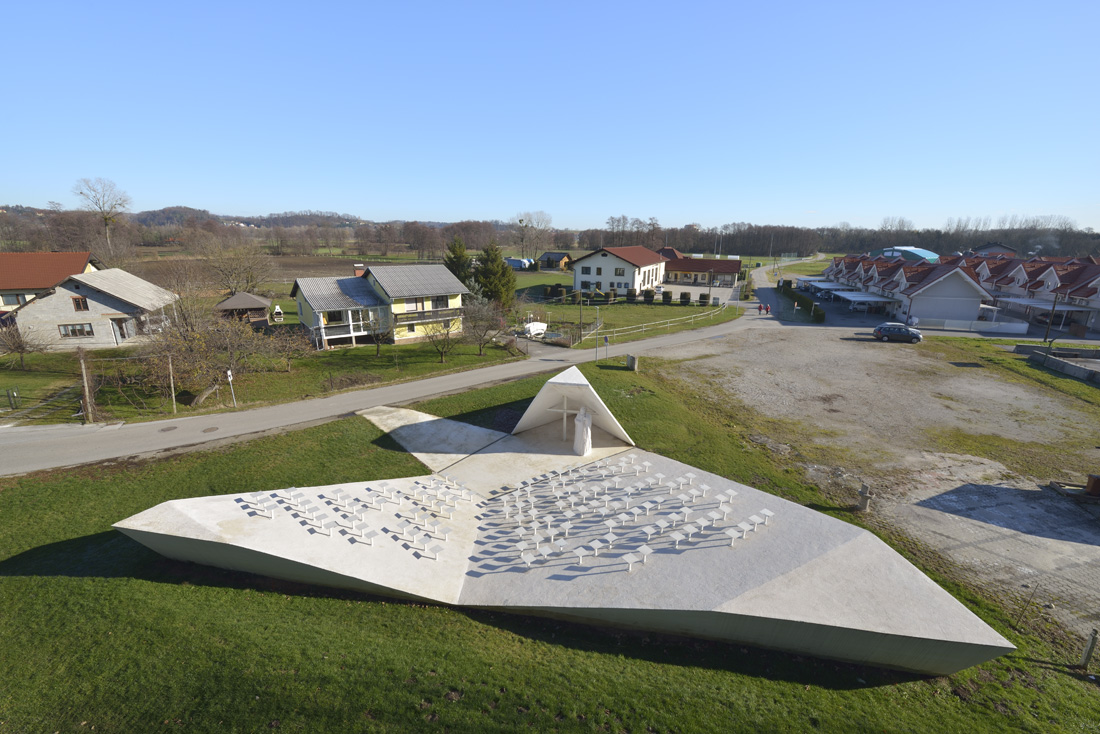 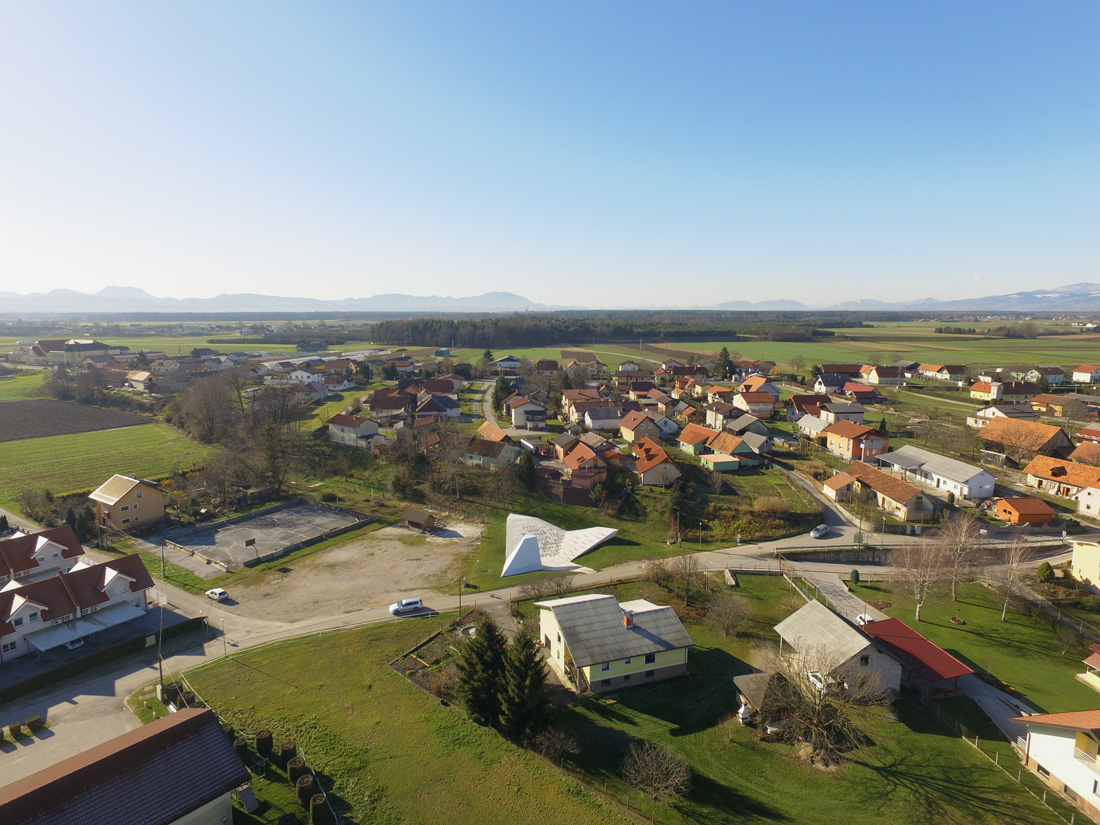 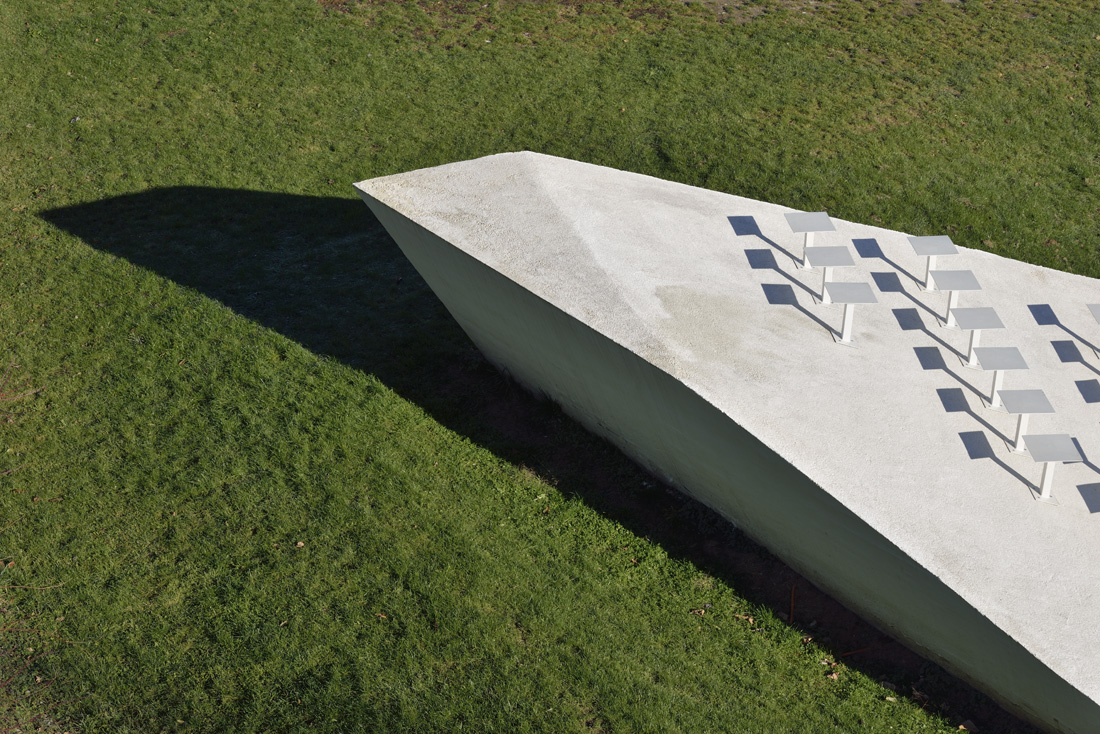 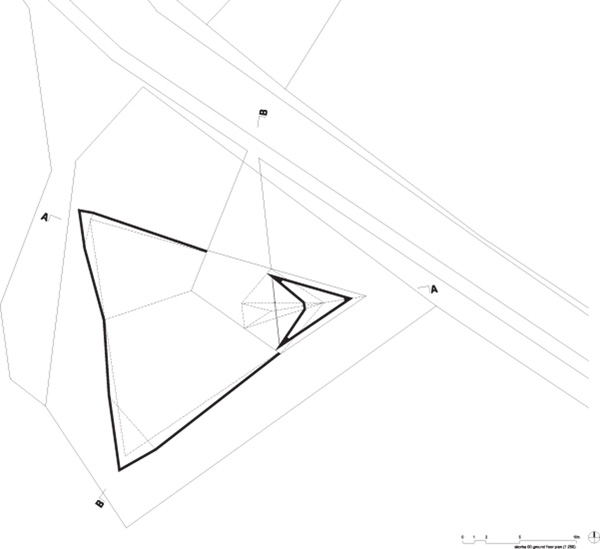 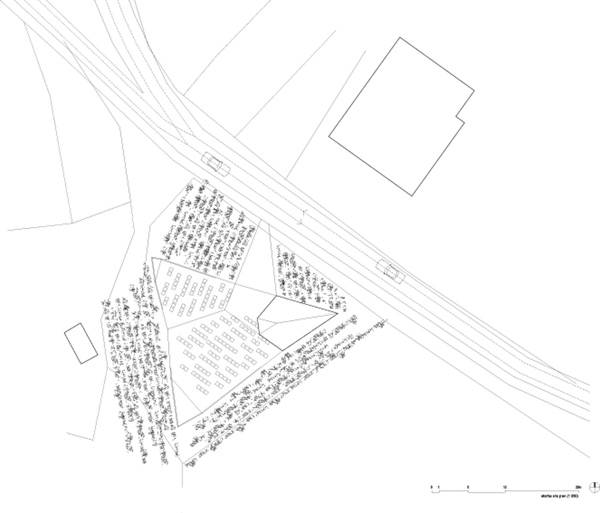