The new library of the high school Jože Plečnik Ljubljana has been arranged in a non-purpose space that used to be a classroom and part of the hall of the Ursuline high school, and later also a caretaker’s apartment. After removal of all the partition walls the two spaces have become markedly different: the narrower entry is articulated whereas the bigger space is uniform, bright. The first part consists of a reception area and a cabinet for evidence, barred by a glass wall. In the bigger room the library together with a study is situated, and can be, if necessary, transformed into a smaller classroom.
The furniture is made from oak wood with added black metal brackets decorated with a portrayal of Jože Plečnik that is taken from the general graphic image of the high school. Special emphasis has been laid on the lighting. Since the ceilings are high and vaulted, the lights chosen have as little pendants and fittings as possible. Above the cabinet and study where even lighting is needed, the lights are inserted between wooden laths that mark the working spaces. The renewed school library with its views opening out on the Slovenska road and Šubičeva street is incorporated within the city centre.

The library is devised in the edifice under the state monument protection, and was previously the Ursuline high school, in an exceptional location with a view of the Ljubljana Castle. The purposes are adapted to the articulated space. The reception desk is the dominating feature of the narrow entrance which used to be the hall of the high school. All furnishings are made by Slovenian manufacturers. 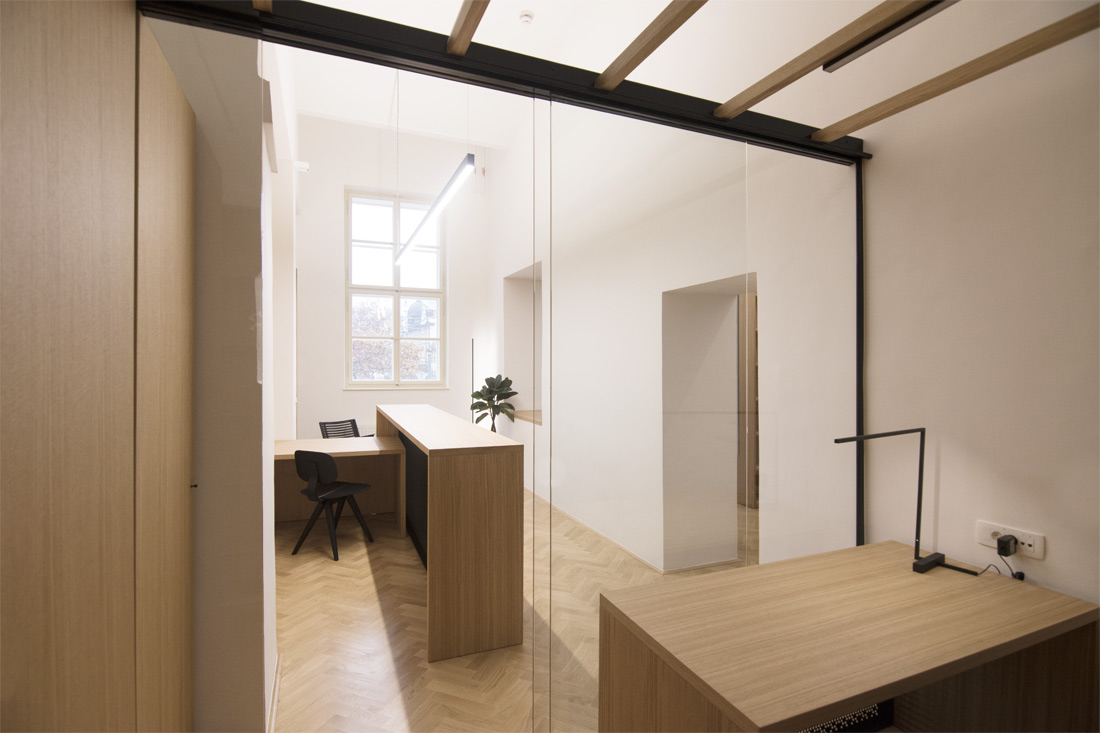 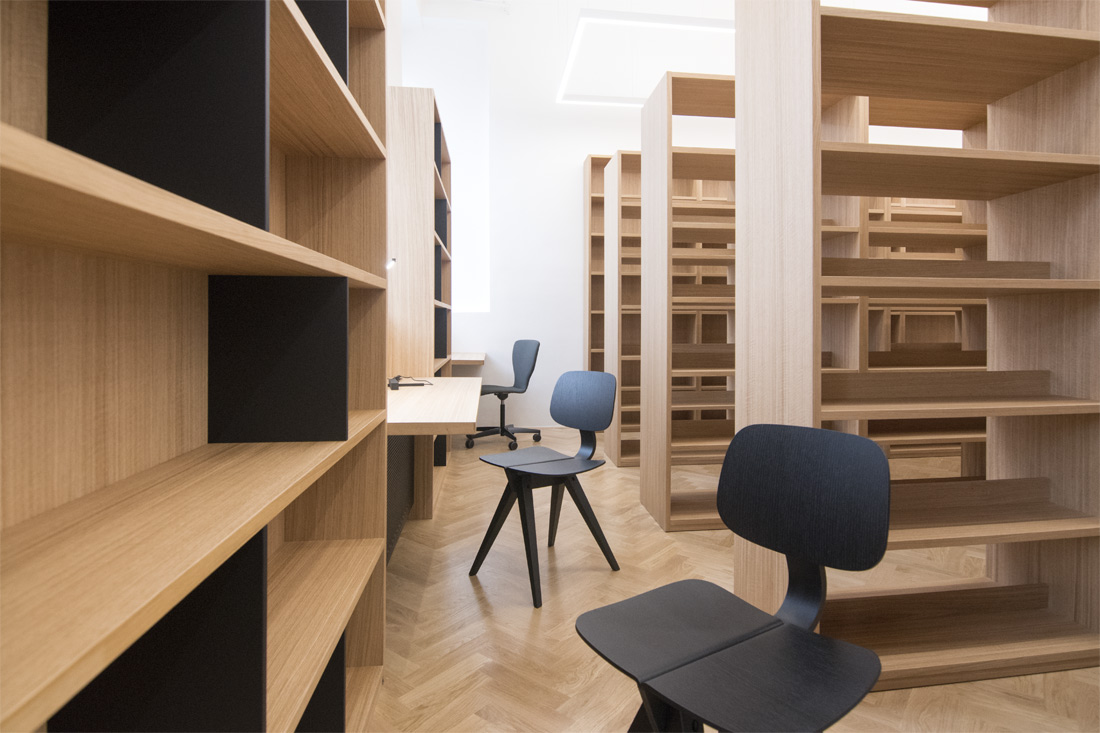 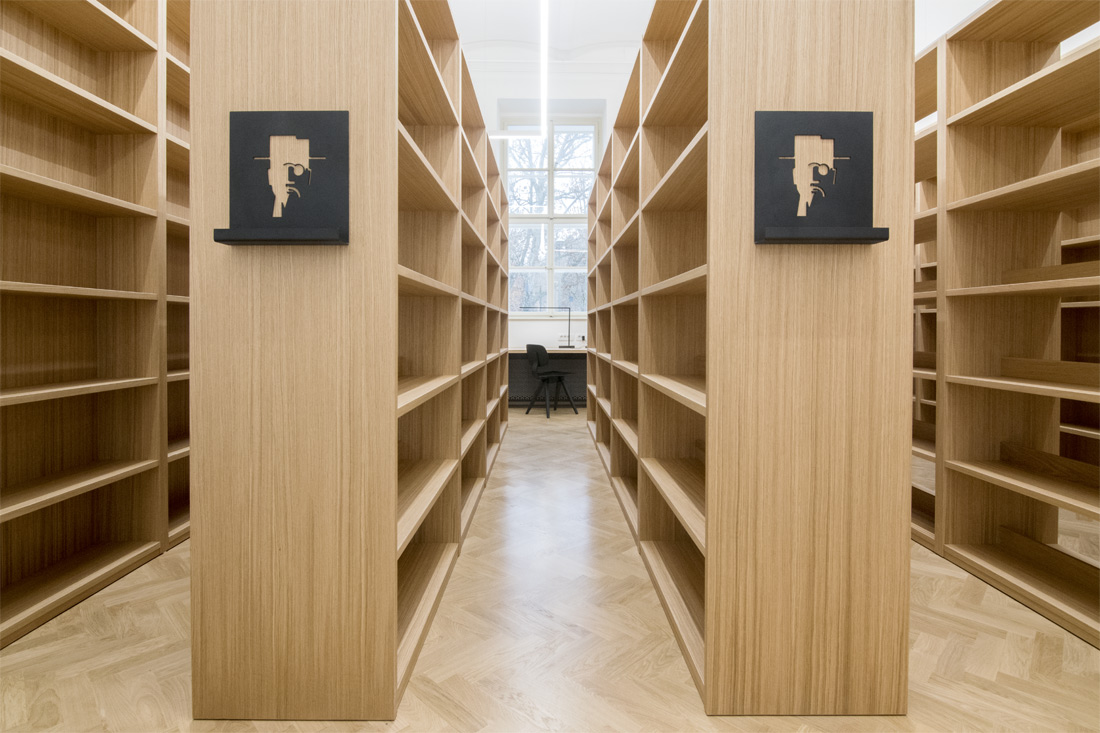 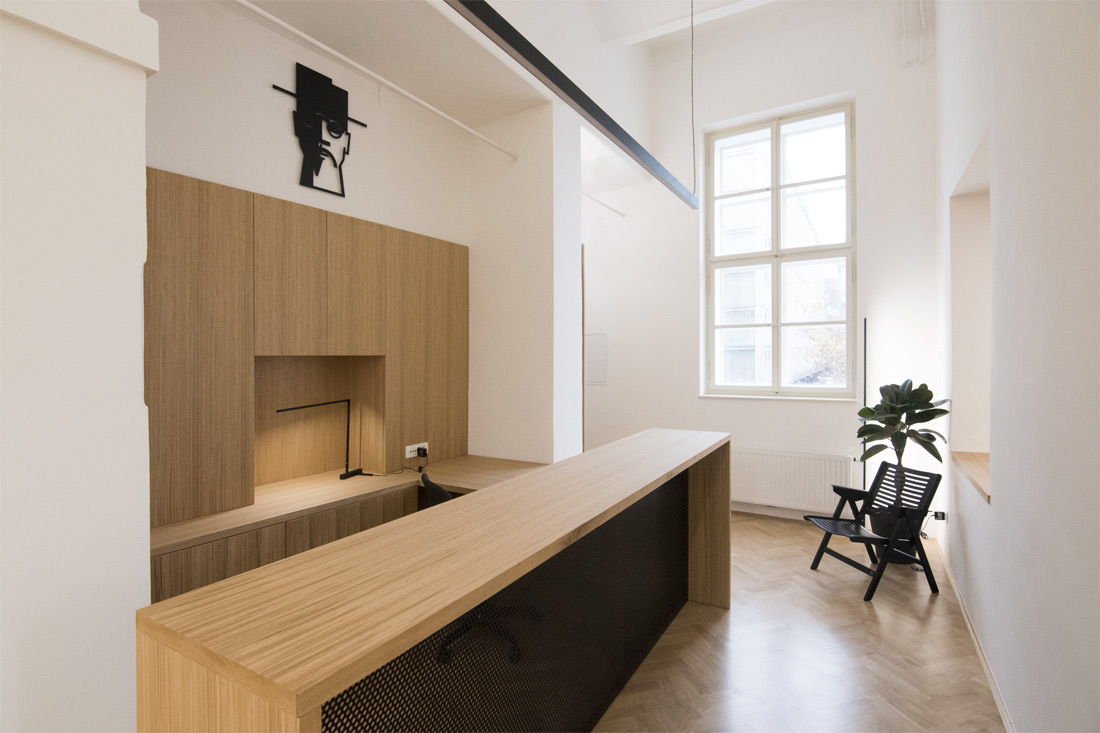 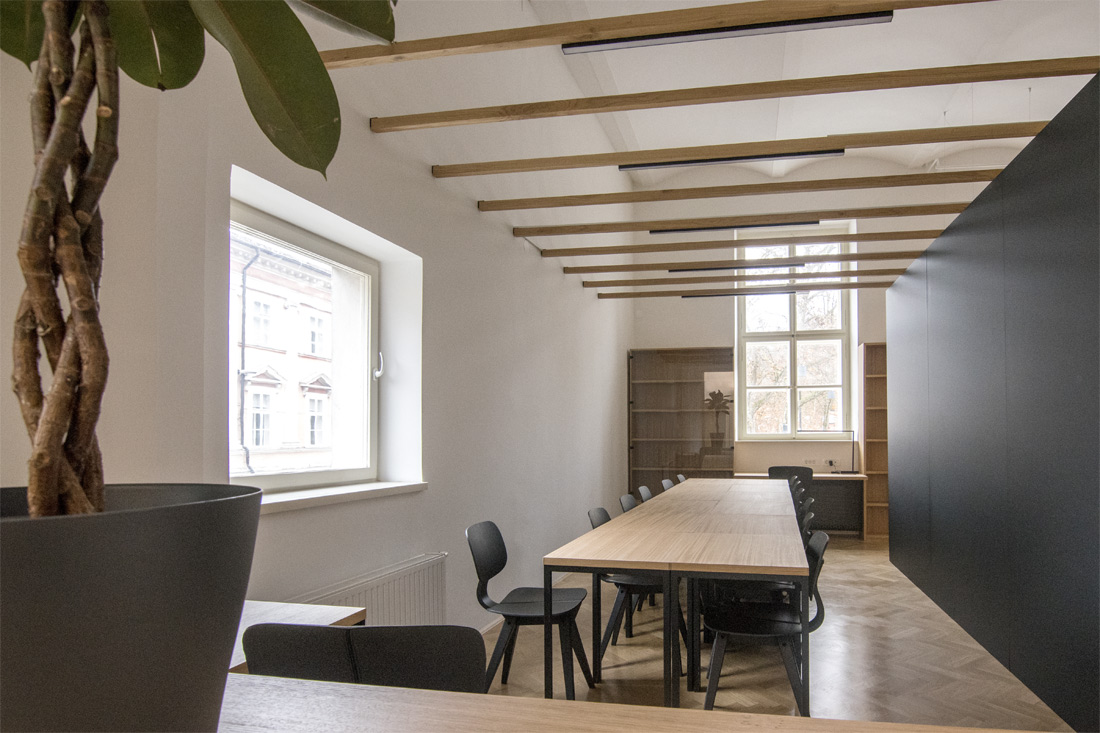 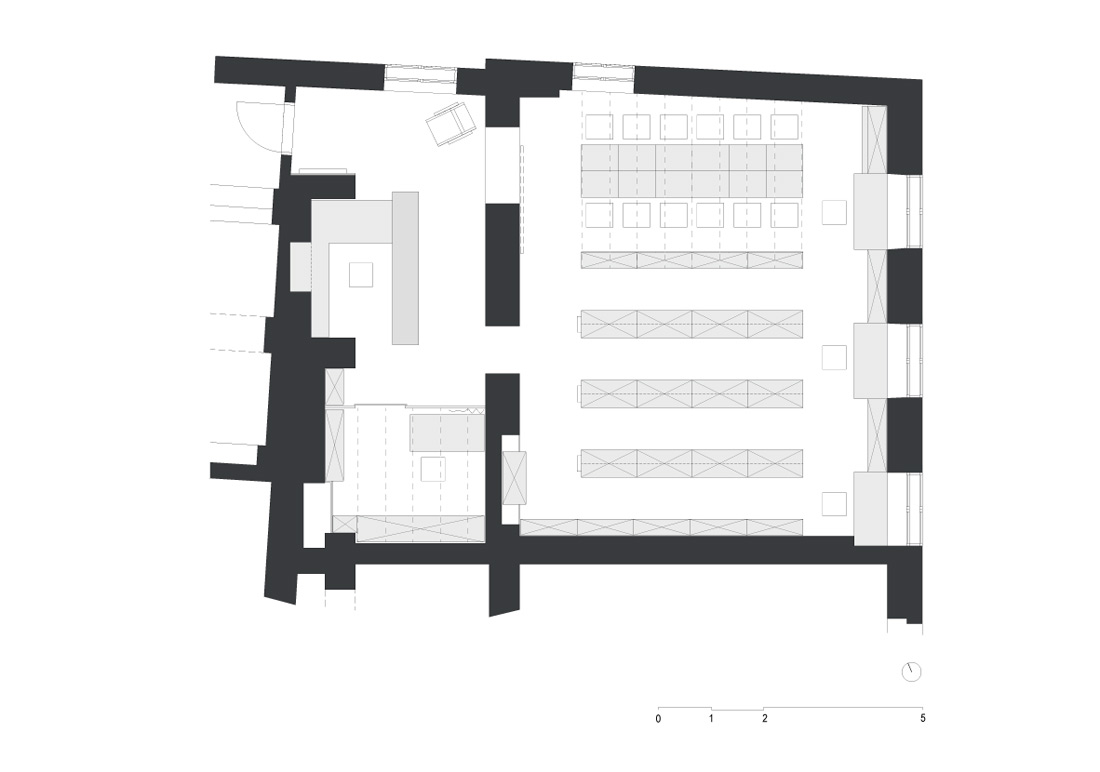