In Marebbe, next to a narrow bend of road Passo Furcia, along which various hamlets line up again and again, Ciasa Le Fiun stands alone on a relatively steep south-facing slope with a view towards the Sass de Putia.
The special responsibility of the construction task was to link a commercial construction with integrated official housing to the surrounding building tradition of the “Viles” (hamlets). Following this tradition, an elongated front gable building with a roof ridge parallel to the slope was created, whose outer appearance creates a reference to the traditional farm building of the hamlets, also called “Stadel” (barn). The plastered plinth in solid construction with a wooden construction on top of it ties in with the archetype of a traditional, gabled, agricultural building. The vertical, constructive wooden supports give the building an immense presence and make it appear grounded at the same time.
The house is considered a mirror of the character of its inhabitants inside and the environment outside: simple, in a clear design language and with local materials. The steep roof, the dark wood panelling and the bright, rough plaster serve as a reference point for the typical rural atmosphere of the area. 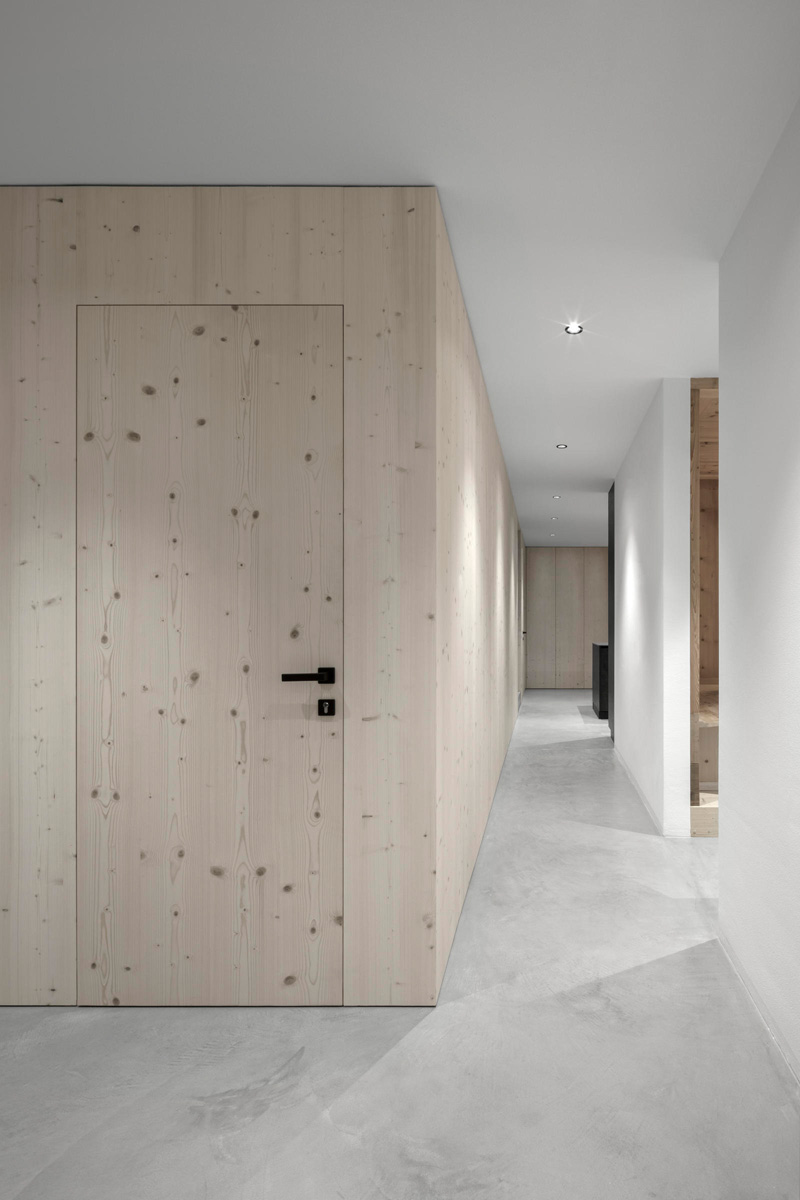 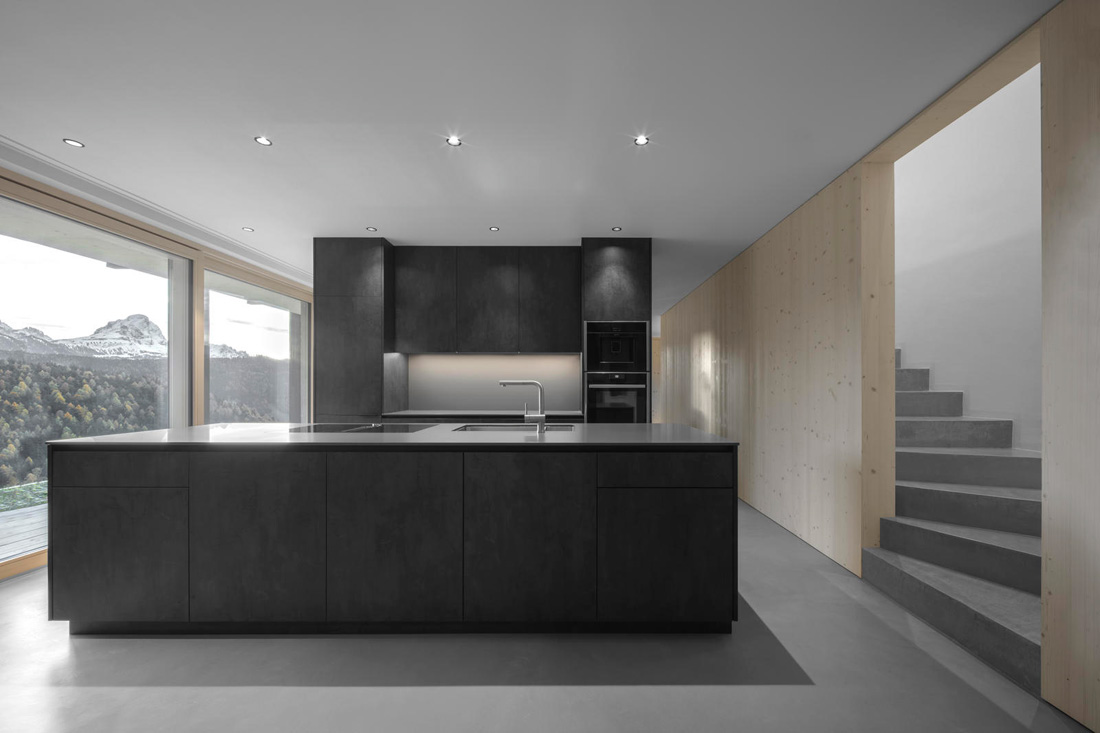 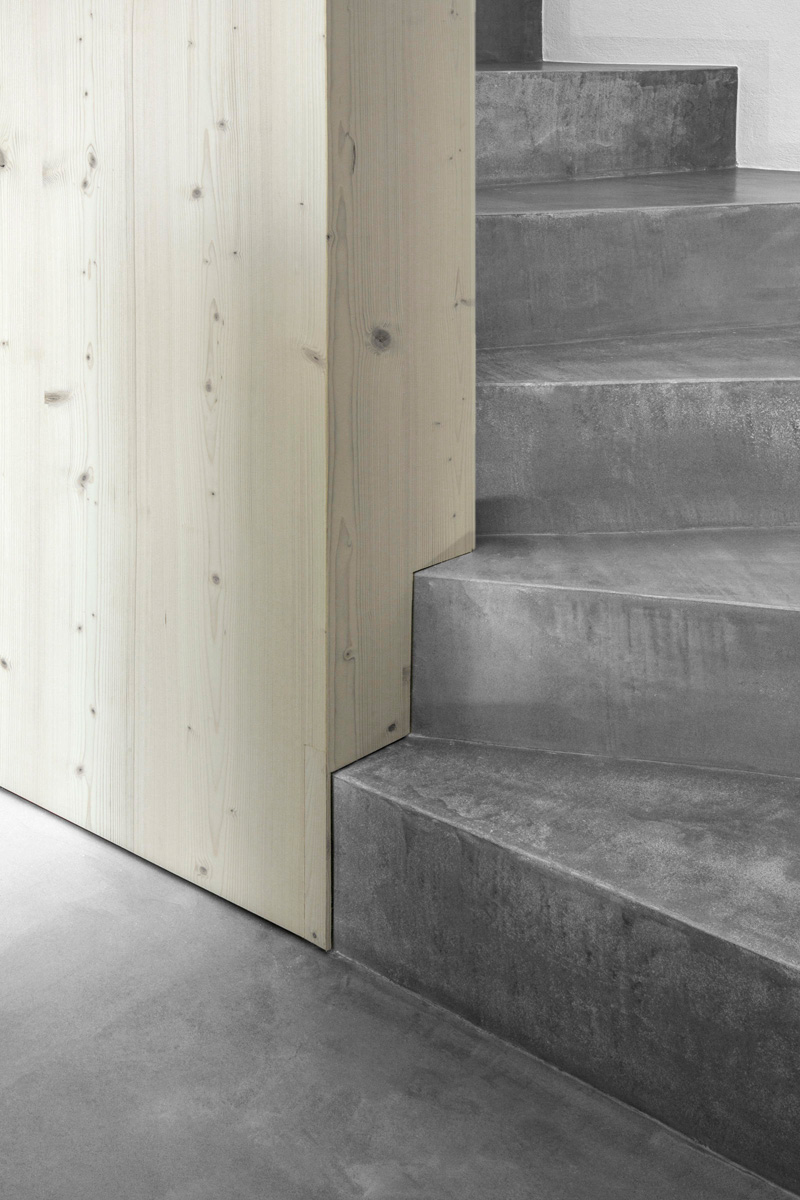 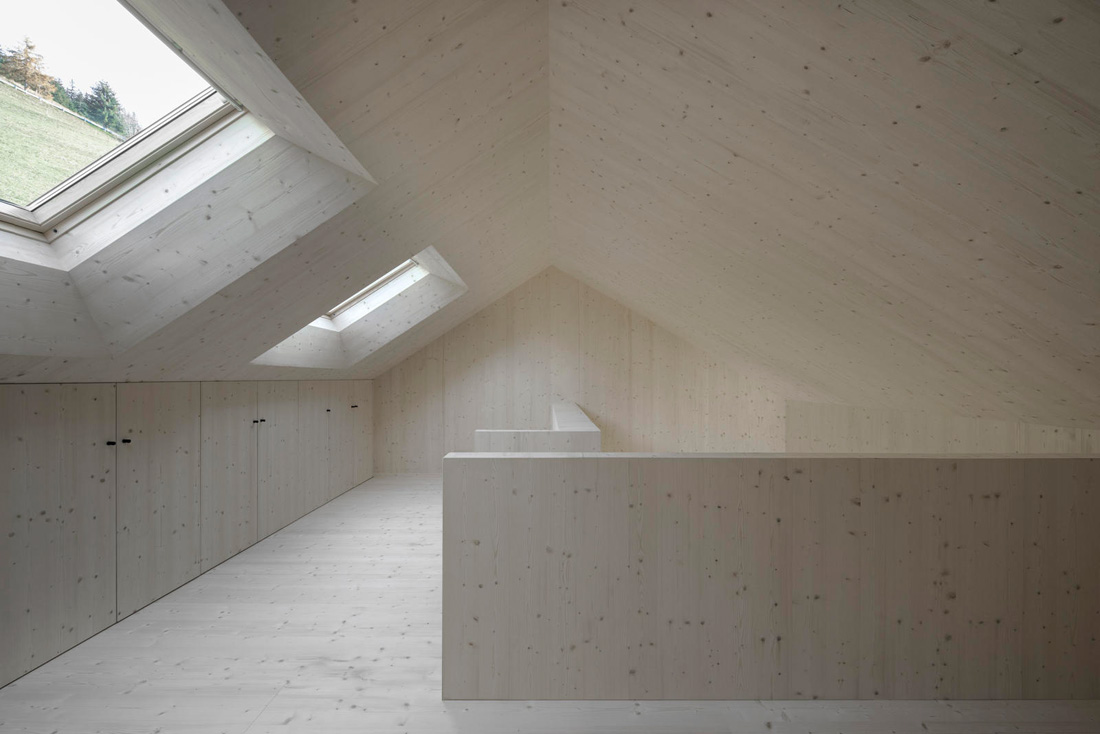 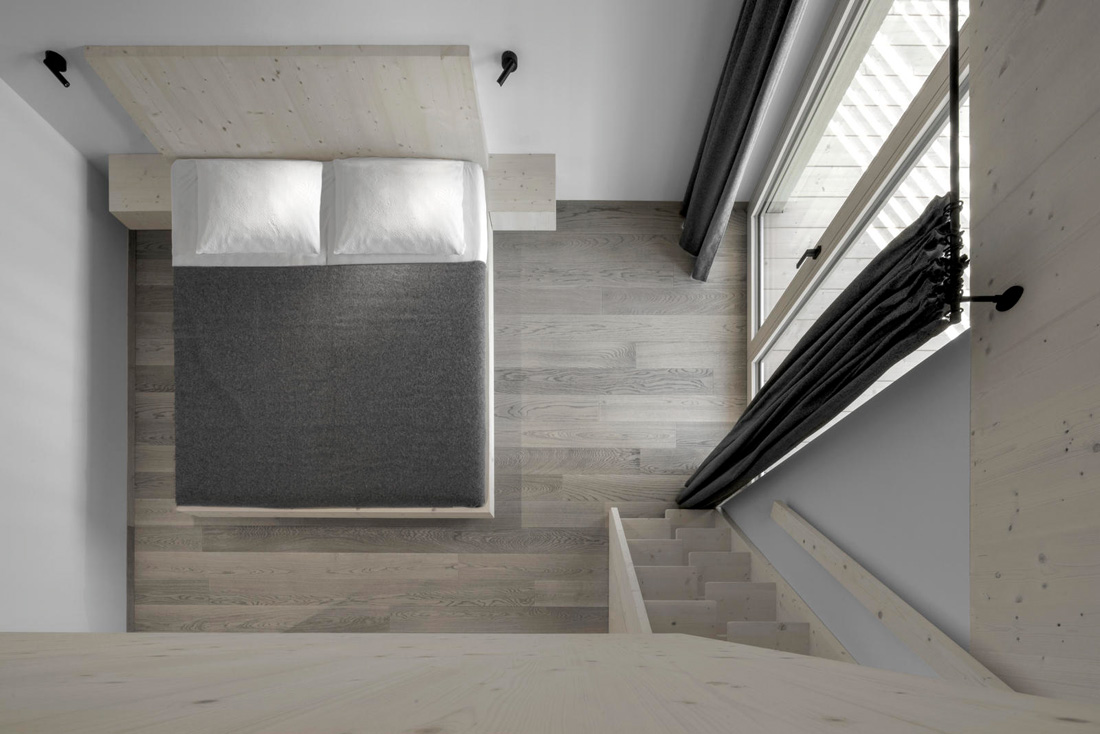 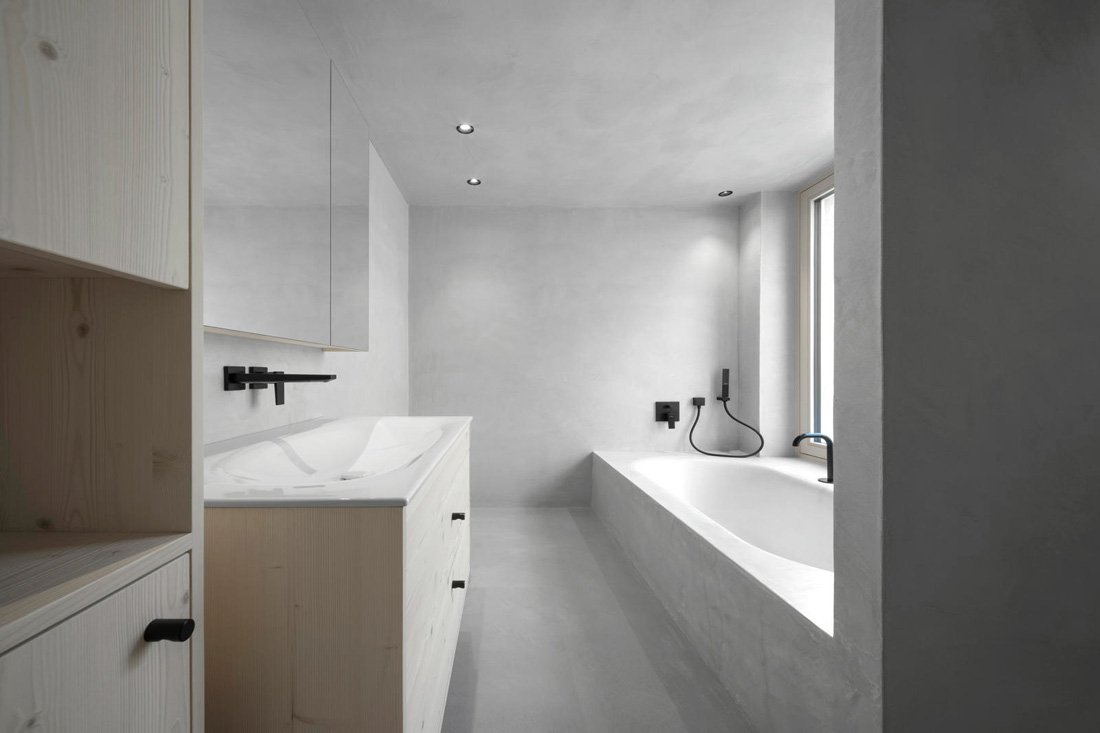