Chris Briffa Architects’ Studio devised a design for a building that would function as both architectural practise and domicile. Briffa himself had lived next door to this period property for eight years. Dilapidated, structurally unsafe and abandoned, when presented with the opportunity to purchase it, Chris seized his chance and bought the 17th century house, located at the lower end of the Valletta peninsula. Over five years, with myriad concept permutations, the structure was transformed into his home and studio, retaining distinct identities and addressing diverse needs, within the confines of an urban, historic neighbourhood.
While the lower, studio levels embrace the existing structure and features such as tiles, apertures and textures, the residential penthouse is a contemporary counterpart, defined by contrasts between soft and hard materials, light and shade, solids and voids. The new extension sits on two pre-cast concrete beams, which shift the entire weight of the penthouse onto the side party-walls, thus freeing the house from any additional load. Their inclusion was central to the transformation. The insertion of the beams was the culmination of excitement as they were slotted in, Lego-like.

What makes this project one-of-a-kind?
John Frazer, author of An Evolutionary Architecture (1995), states that ‘the aim of an evolutionary architecture is to achieve in the built environment the symbiotic behaviour and metabolic balance that are characteristic of the natural environment’.
This project is located within Europe’s smallest capital city, currently experiencing a rapid cultural, economic and sociological renaissance. With its status as a UNESCO world heritage city, steep gradient topography, and its medieval urban plan of a rectangular grid, the parameters of architectural possibility are restrictive but also a catalyst for unique design. Chris Briffa Architects’ Studio has been at the forefront of Valletta’s revival, with Briffa himself living and working in the city for 20 years, since its rising from the ashes. Attachment and deep understanding of how to adapt, adjust and ultimately improve the city’s limestone offerings to bring the experience of living here, and working here, up to speed with the expectations of contemporary living, are at the core of this project that demonstrates informed evaluation of the multiple possible design trajectories, and the hoped-for evolution of the buildings to accommodate the needs of many who choose to live and work in this distinctive environment. The end result demonstrates passion and preoccupation for deriving innovative, intelligent design, seeking balance between old and new, in a capital city where architectural heritage is heavily safeguarded.
The project, phased over five years, is a confident, considered experiment in creating a symbiotic living and working space that has been Chris Briffa Architects’ office and studio since 2016. The building saw a multitude of interventions, with the latest being the newly built extension that houses the family residence. Furthermore, the coming together of home and work within one space forms part of the actual movement away from strenuous lifestyles, towards an integrated, harmonious existence that adheres to our multiple roles, acknowledging the importance of each. 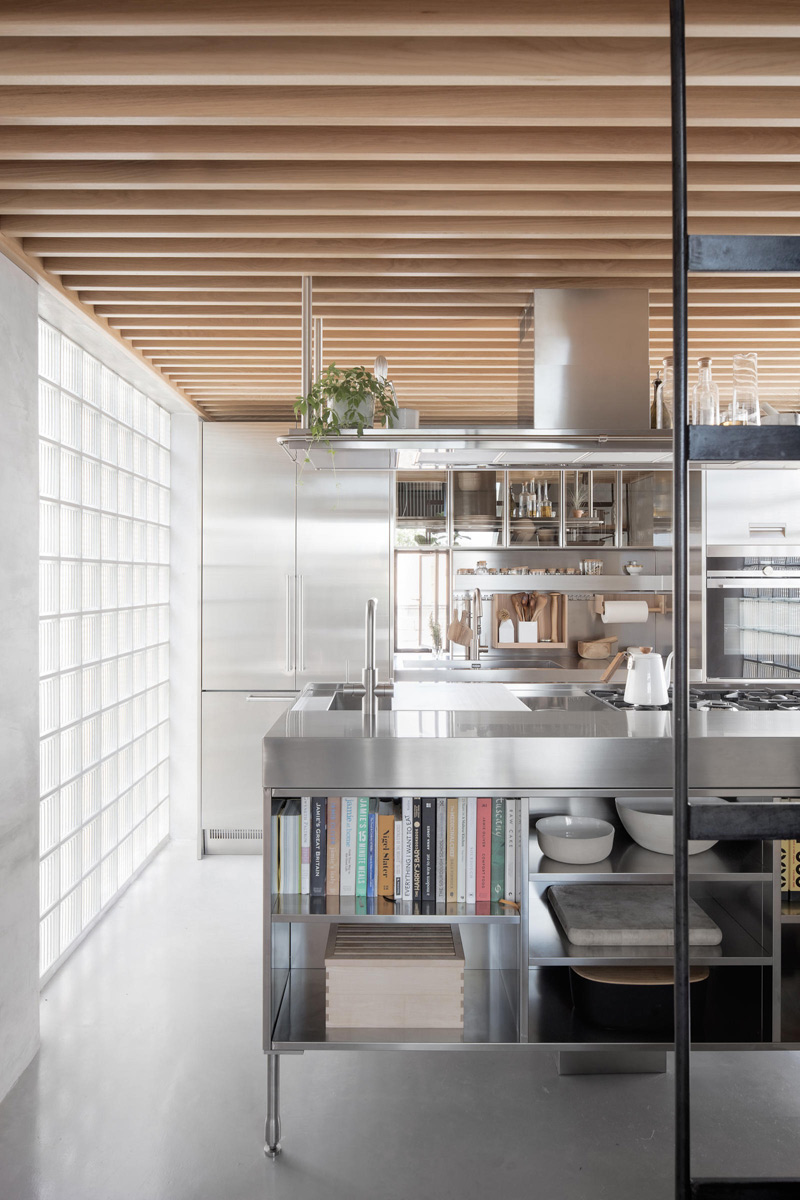 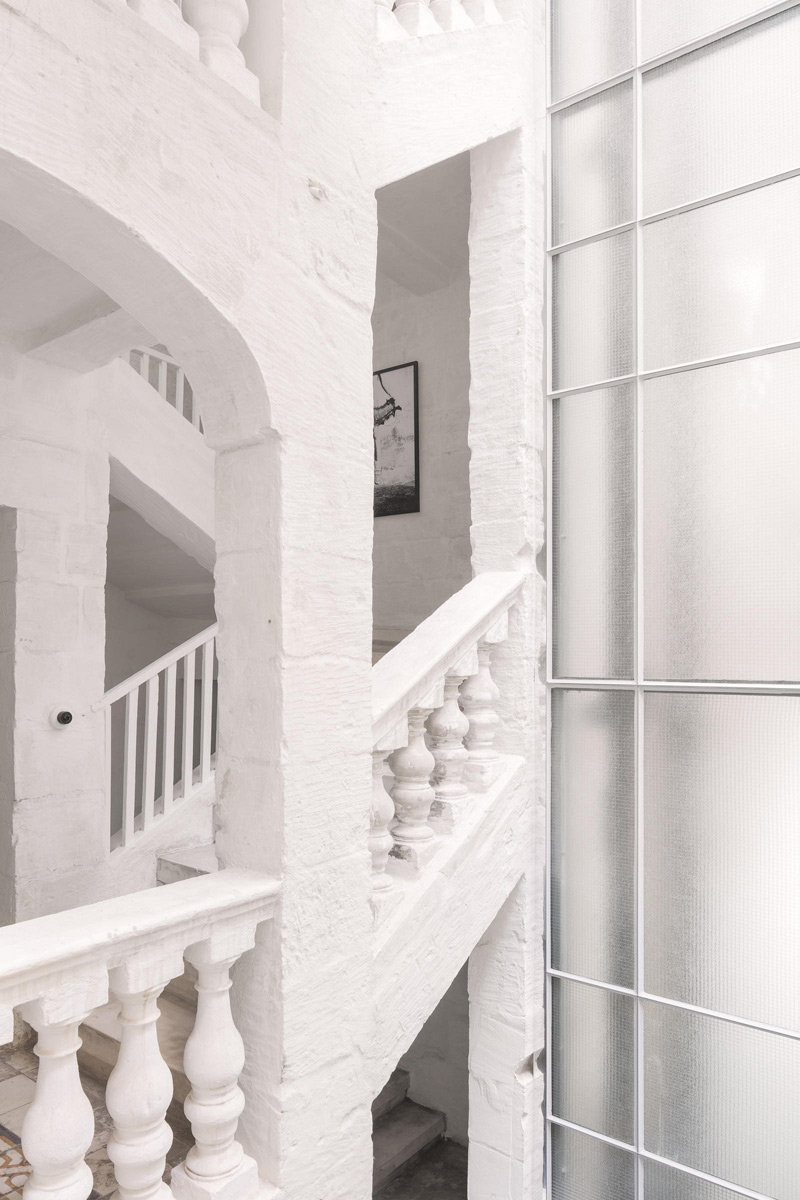 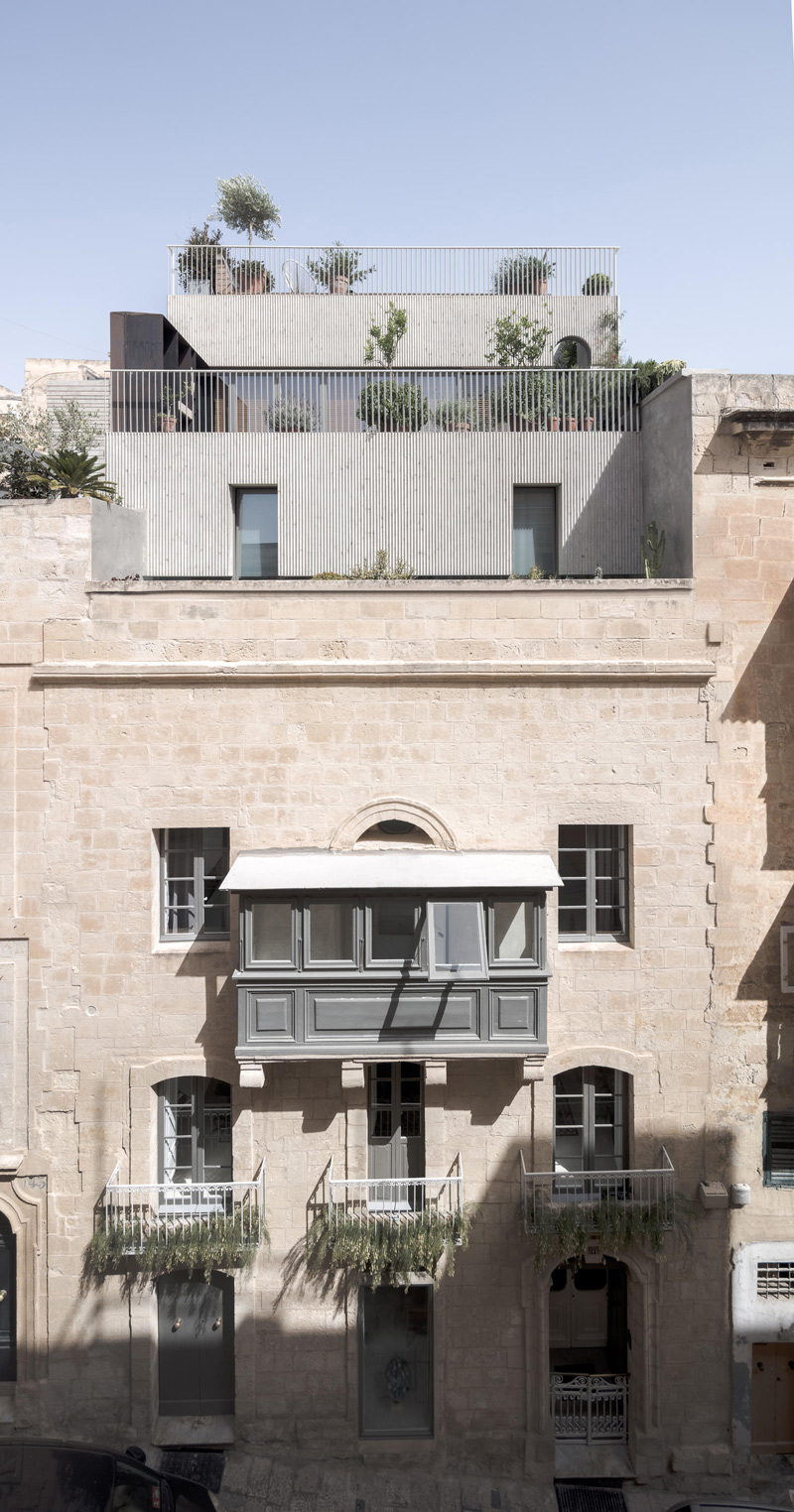 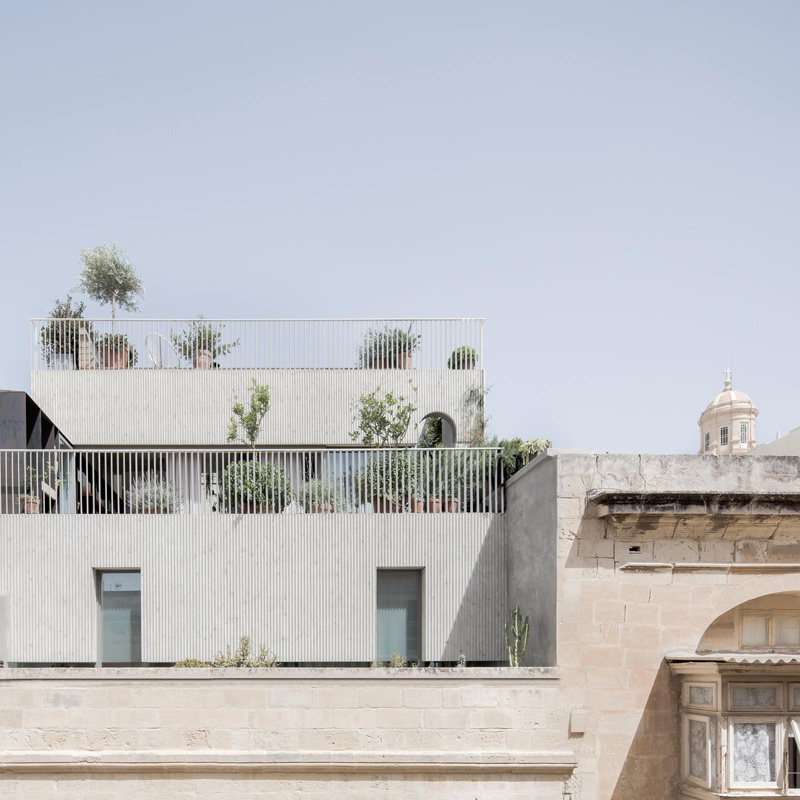 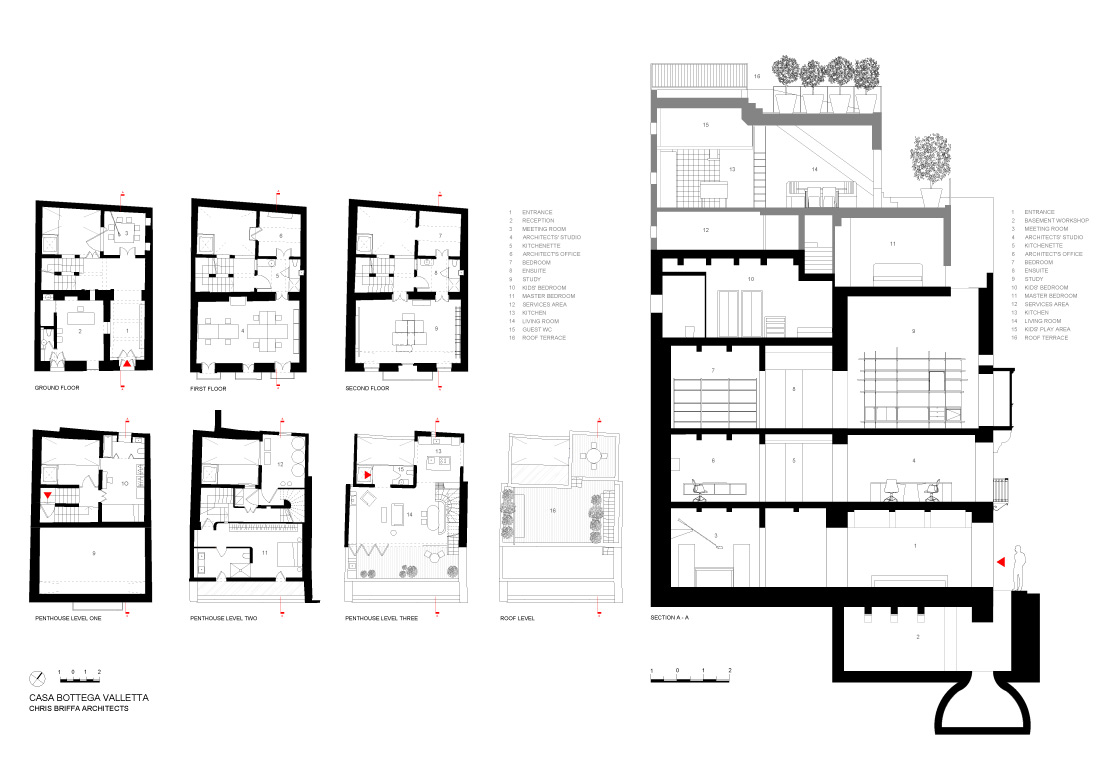