“The open space design project ‘Stadtnaht Dornbirn’ exploits the urban potential of a topographical feature and transforms a periphery into a spatial urban joint.”
The project integrates and expands the existing public realm in central Dornbirn. The concept pursues the idea of a joint that provides a functional and solid connection between two elements while also generating new urban quality in both spatial and architectural terms.
Much of the centre of Dornbirn has been a traffic-free pedestrian zone and a lively location for events since 1989. According to the urban development plan the edge of Dornbirn’s old town, with its small-scale, rural structure, should undergo a long-term transformation into a busy and dynamic downtown district.

From market square to urban joint
The centrally situated market square is dominated on its western edge by the Parish Church. The pedestrian zone stretches in an arc around the church from the square towards Schulgasse to the west. Due to its significance as an important main axis across the town centre Schulgasse acts as a spatial connection between a series of socially and culturally significant locations.
The expansion of the pedestrian zone towards Schulgasse will enable the core of the town to fulfil its new role as a dynamic centre.
A change in the level of Schulgasse divides the district topographically and territorially. The resulting zoning makes it possible to create a range of atmospheres and focal points. The project reacts both spatially and architecturally to this urban reality, concentrating it into a physical “urban joint”.
The joint enables the market square to stretch along Schulgasse in a flexible, linear fashion.

Kirchpark
The green space of Kirchpark is designed as a raised landscape. It offers an overview of the park and differentiates the square in terms of both programme and circulation. The diagonal axis and the existing secondary paths around the edges are retained. The continuation of the surface finish of the market square into Kirchpark creates a space for small events. The bank sloping down towards the church invites visitors to take a break under the shadow of the trees. These include plane trees, red and turkey oaks, pagoda trees, silver limes and a flowering cherry.

What makes this project one-of-a-kind?
The concept pursues the idea of a joint that provides a functional and solid connection between two elements while also generating new urban quality in both spatial and architectural terms. 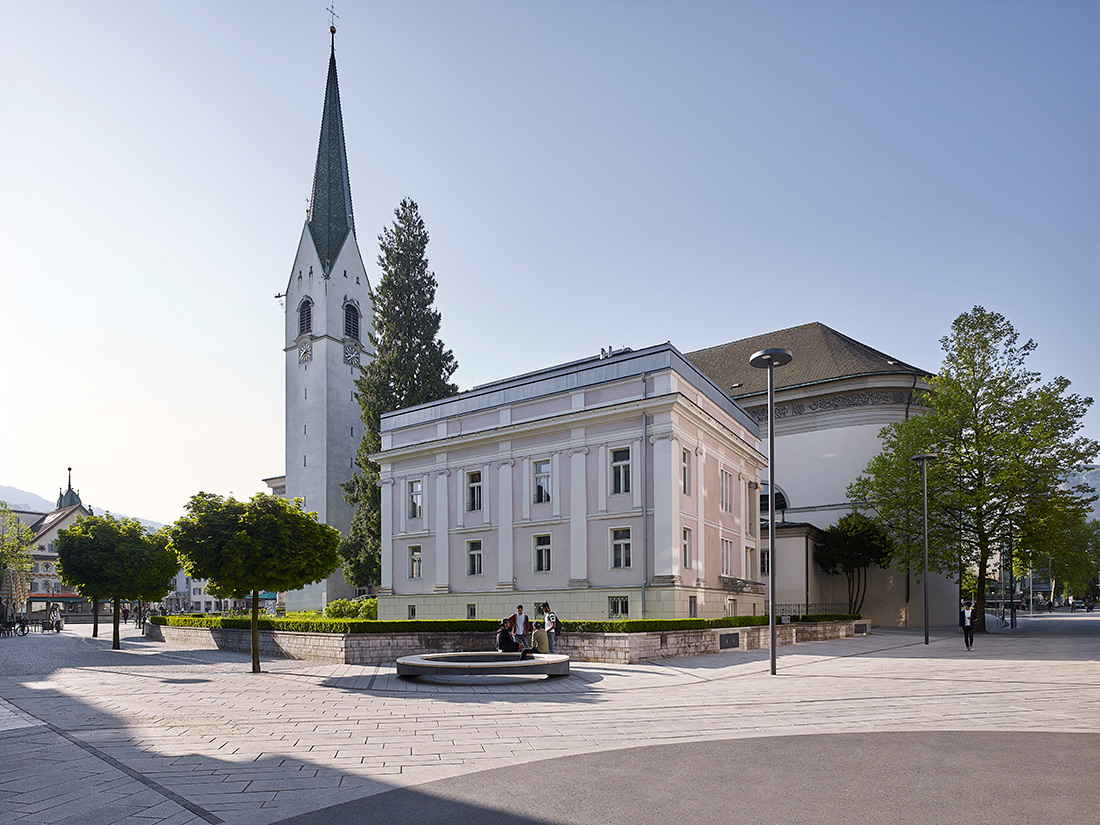 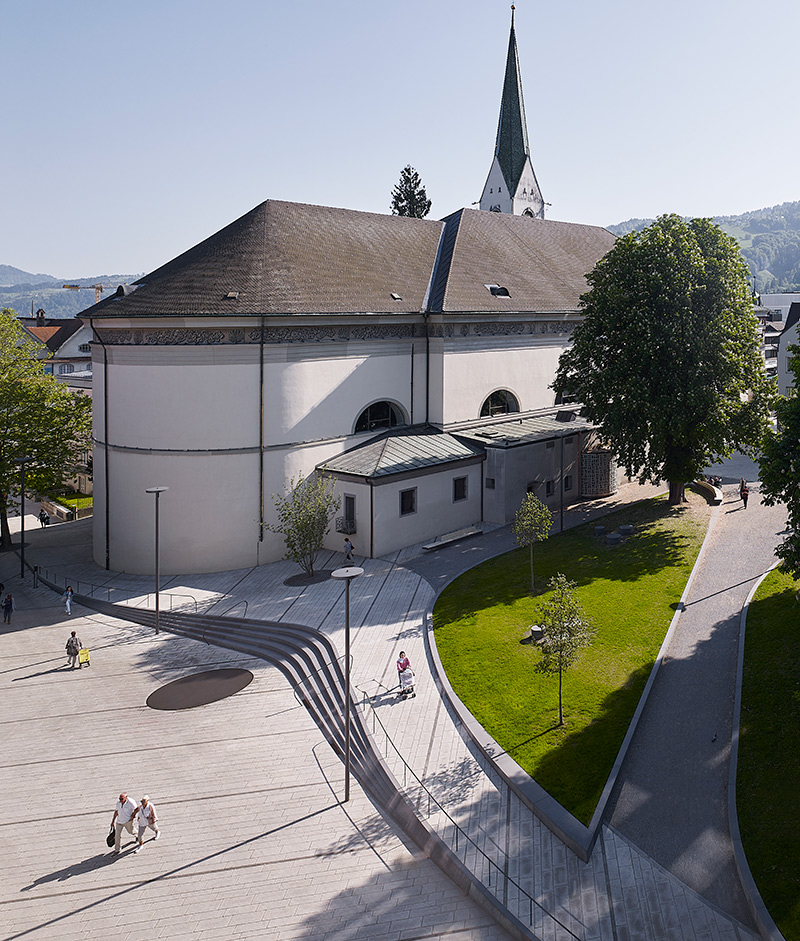 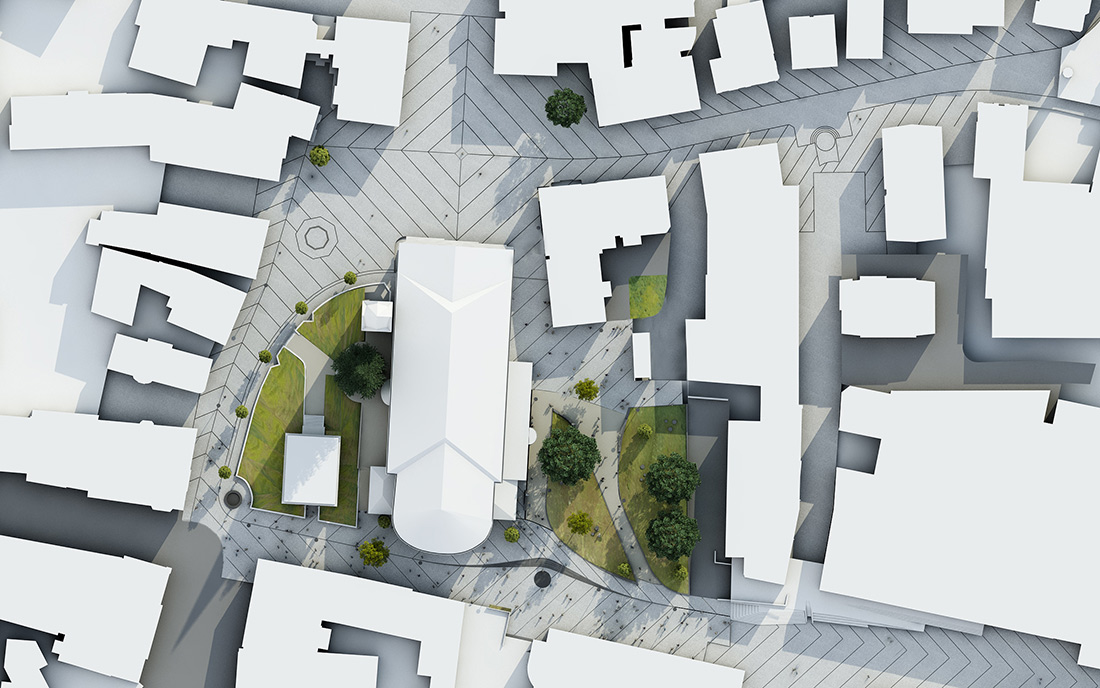 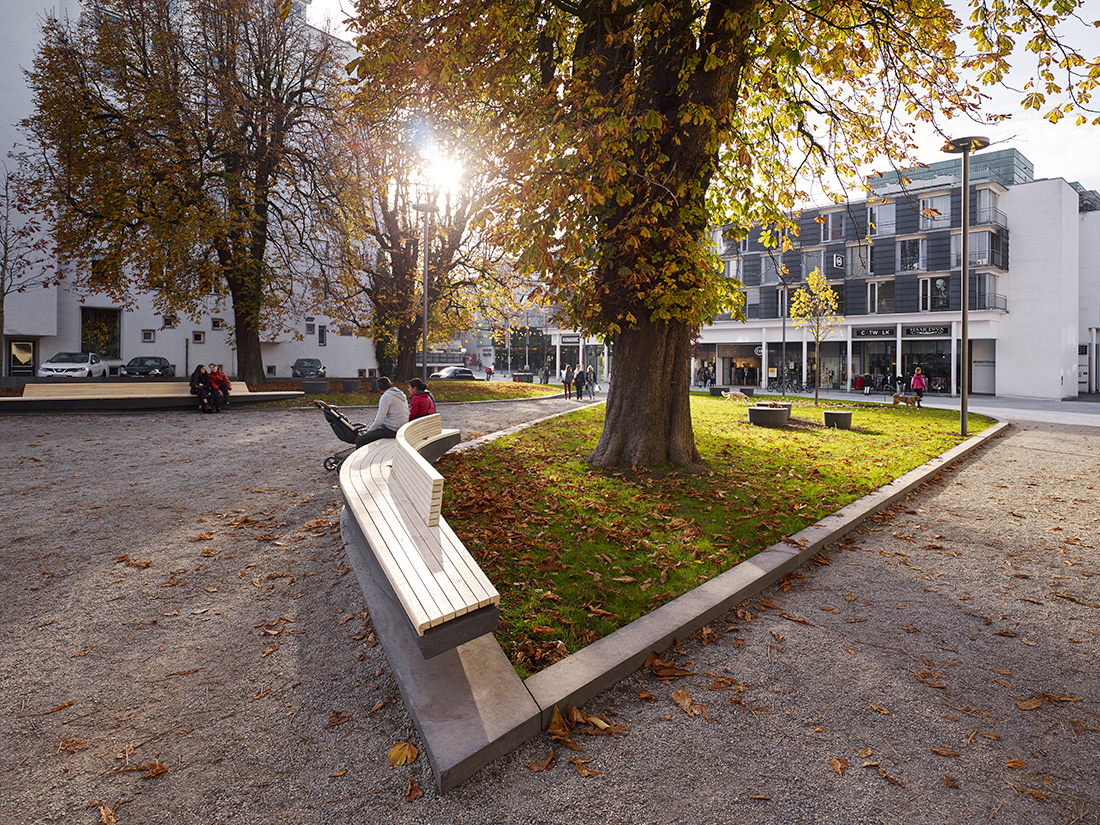 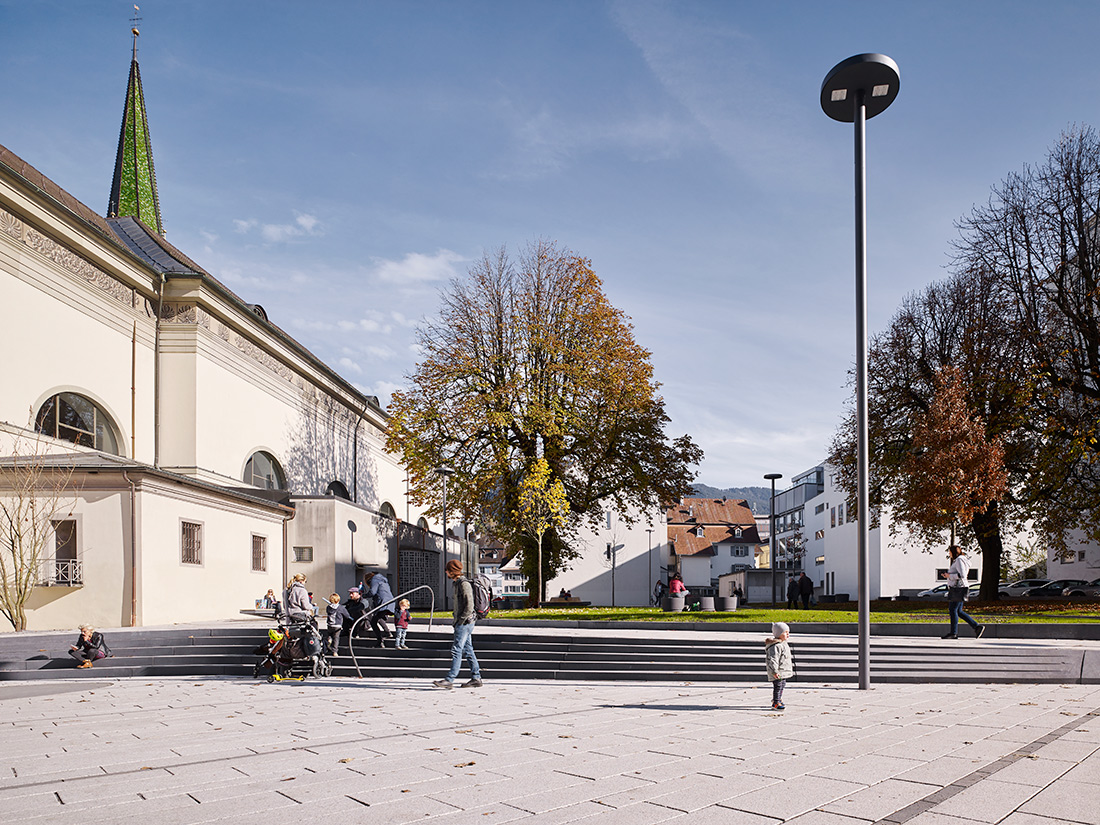 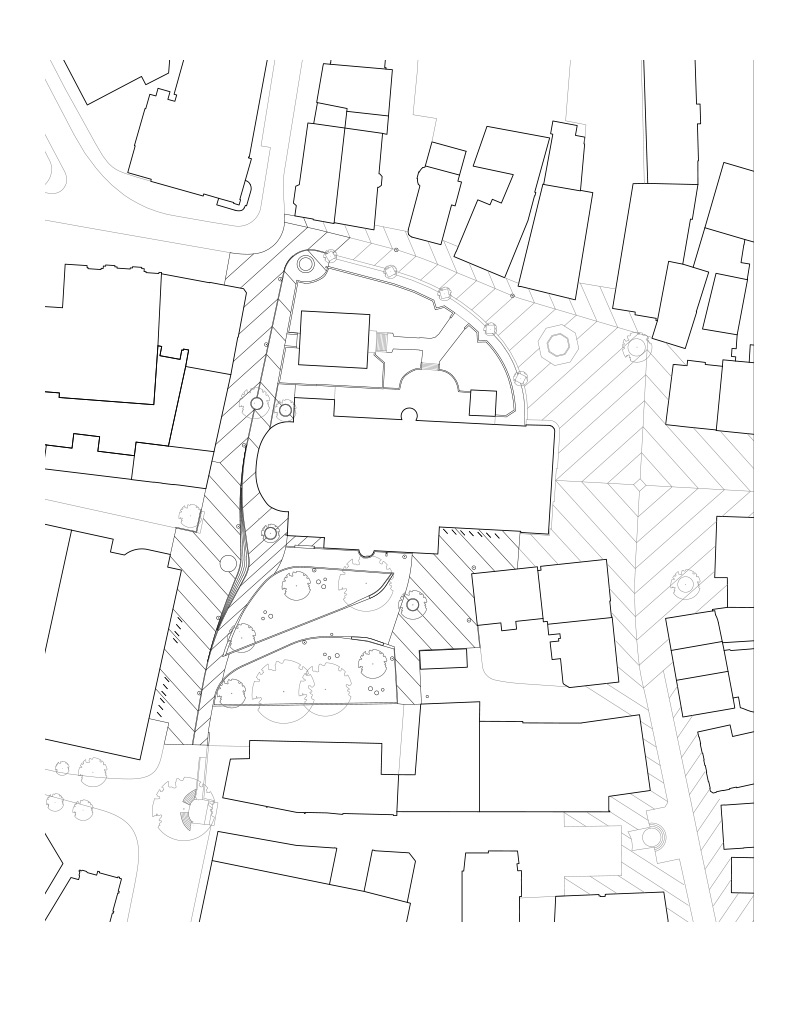