The existing house on site was not suitable for reconstruction, but the willingness to embrace sustainability in the project led to the approach of using as many leftovers after demolishing, which resulted in a range of further design decisions. The old concrete was ground up and used for making a new foundation. Bricks were cleaned, cut in half and used for facade cladding old wooden beams were used for parts of the ceiling and interior finishing, the big stones from foundations have been used for landscape. The main brick part of the new house is following the footprint of the former house. The green roof garden is on the top of the brick cube and protects thermal and hydro insulation from overheating and freezing.
The accessibility, to all garden levels, has been provided by a small home elevator, as one member of the family, has MS (Multiple Sclerose), 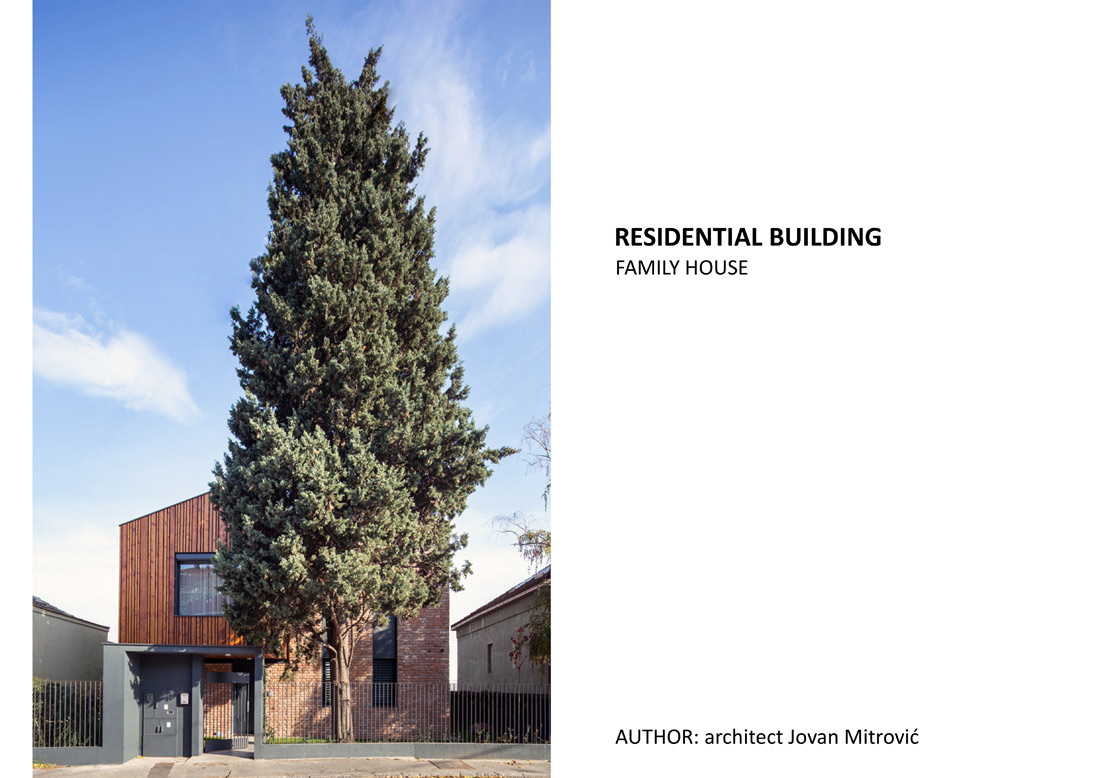 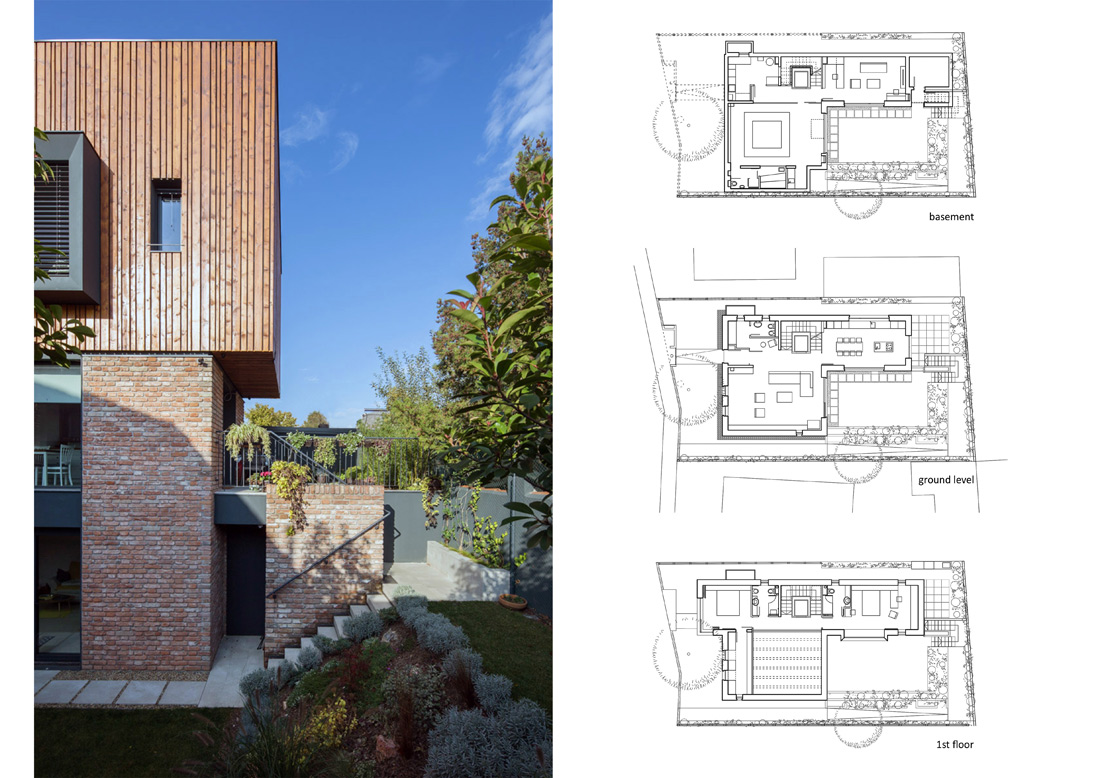 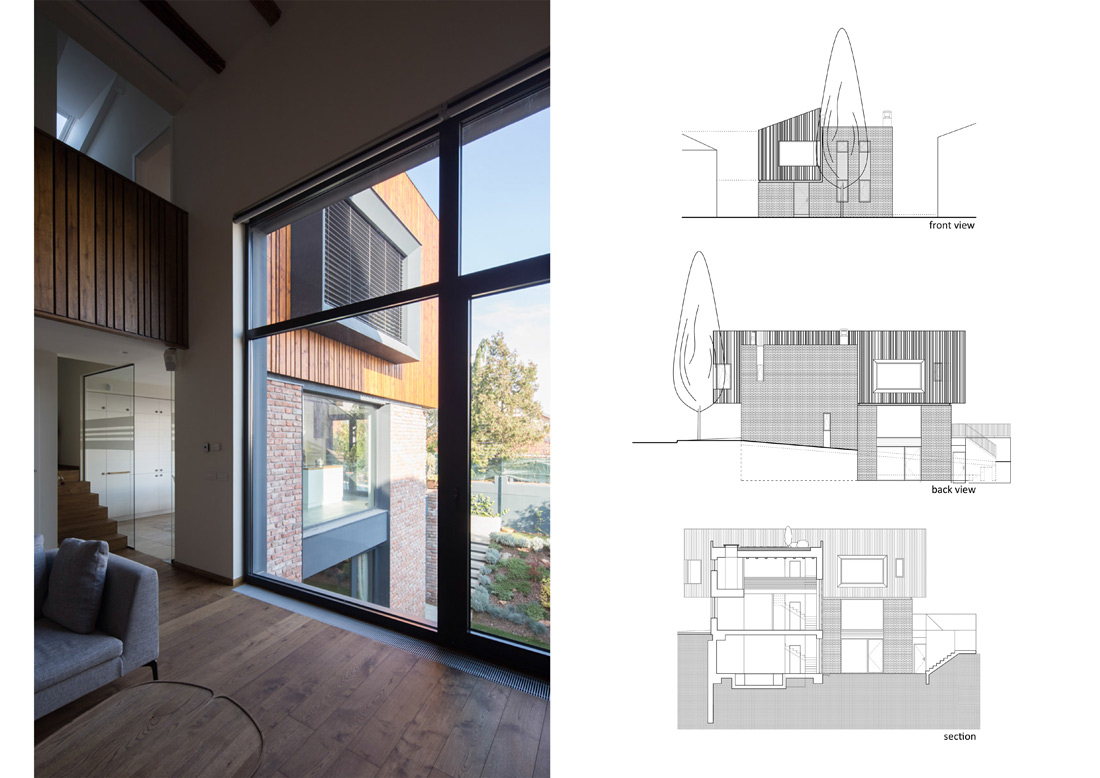 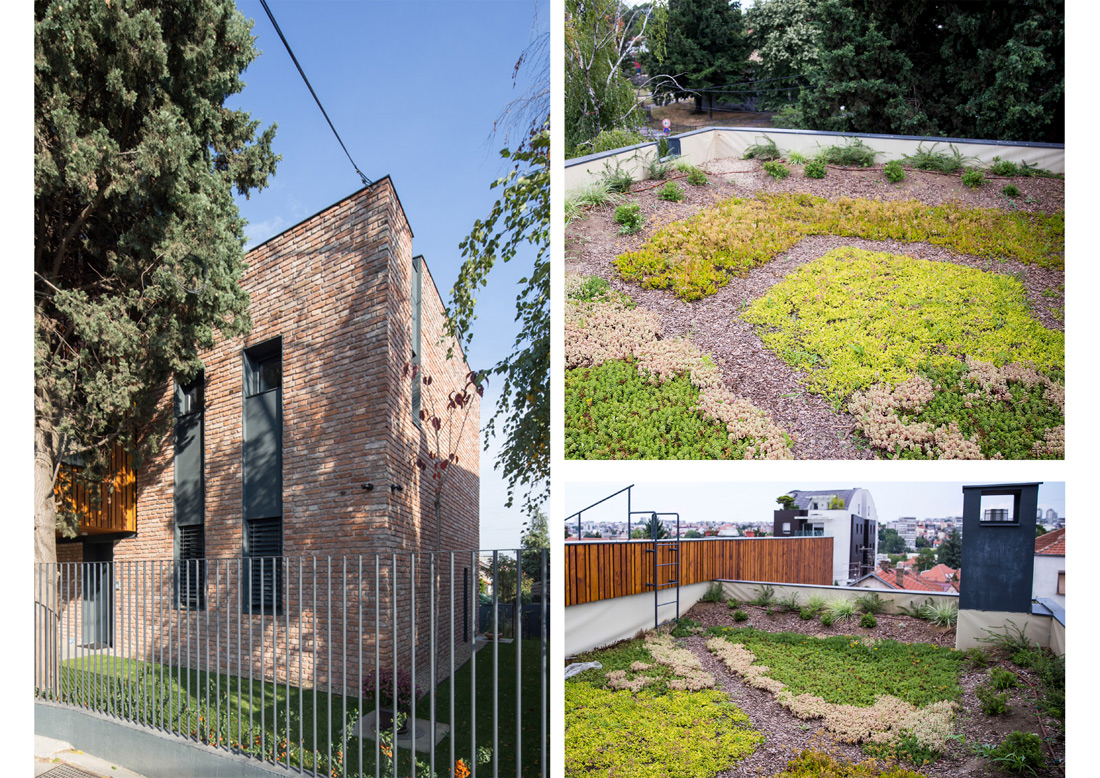 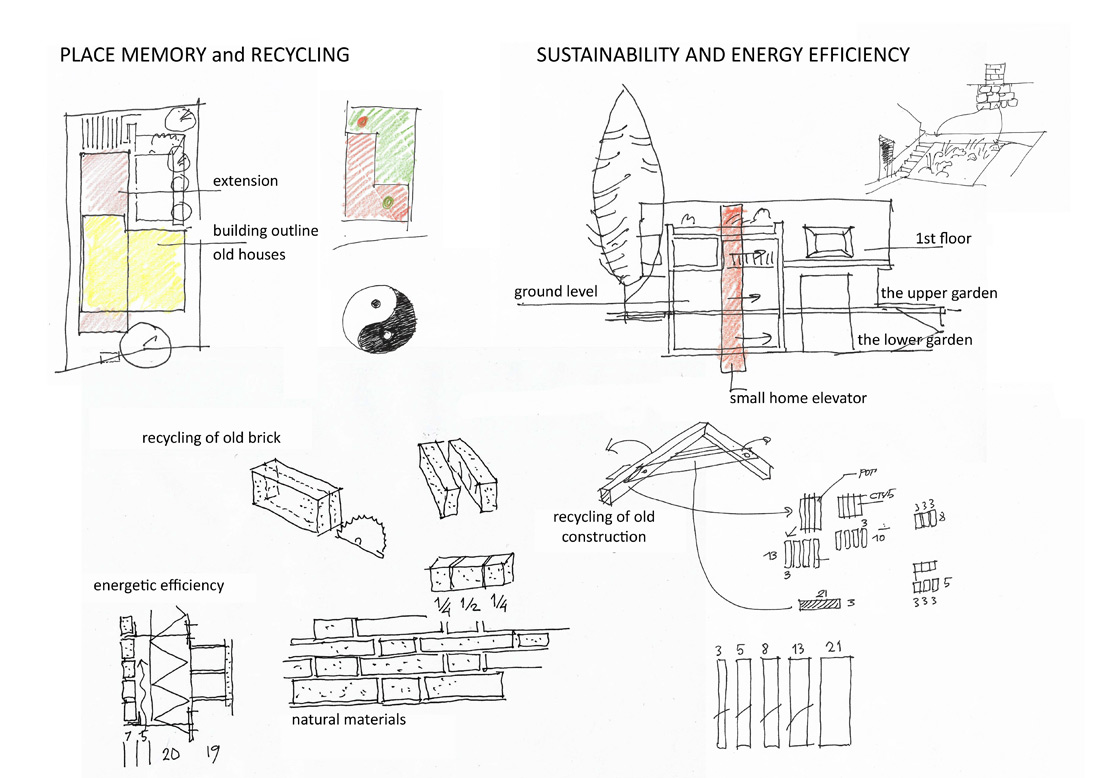