Location
The apartment is located on the fifth floor of the residential building within Yu business center, developed in early nineties on New Belgrade. The views along Mihajlo Pupin Boulevard lead to the SIV 1 building which housed the Federal Executive Council. The building of 75 000 square meters of usable space was built in 1959 during The Socialist Federal Republic of Yugoslavia. It is one of the most beautiful examples of Modernist architecture. Today the building is renamed to Palace Serbia and houses some departments of The Serbian Government. The building stands as an evidence of the glorious era of architecture, urbanism and design in former Yugoslavia. The other side of the building is overlooking the beautiful park and Danube River.

Context
The design is influenced by the strong context of New Belgrade, developed after The Second World War on Le Corbusier’s principles of the “sun city”, which includes lots of green areas and infrastructure which can easily be upgraded. This part of the city was developed in the style of urban modern architecture and is considered to be a major representative of that style, along with Brasilia in Brazil, Chandigarh in India and Velenje in Slovenia.

Function
The three bedroom apartment of 190 m2 is organized around central living room / dining room area. This is the dynamic zone of the house which also includes the spacious kitchen connected to the main terrace, overlooking the interior garden of the apartment block. One terrace is converted to a glass conservatory and it is connected to a study. The night zone consists of two bedrooms each with its own bathroom and walk in wardrobe.

Interior design elements
The existing oak wooden floors in the entire apartment were carefully restored along with walls and ceilings. Kitchen floors and walls are done in micro cement, and bathroom in tech grey tiles. The living room area and the conservatory are connected by black steel and glass doors. In each room there is a piece of the Mid – Century Modern style furniture, which is the reference to the context and New Belgrade from the glorious era of Yugoslavia. White silk chandeliers are designed by KDA and produces by Ana Djordjevic, Serbian artist who is living and working in Barcelona. Brass table lamps are also designed by KDA and produced by Serbian company Octogon. Handmade rugs were purchased from Linie Design, Danish company KDA collaborates with on various projects. As previously mentioned, a lot of elements were designed and produced specially for this apartment.

Since the clients are the owners of Block and Roll, famous Serbian advertising agency, most of the art work was created by artists whom they are collaborating with. Minimalistic frame filled with icons of the modern design and a lot of custom made element, this is the way to create a strong visual identity of the space.

This project is created within the context of New Belgrade and it strongly refers to sixties, the glorious era of architecture and design in former Yugoslavia. This Social Glam look is supported by custom made elements like benched, mirrors, cabinets, table lamps and chandeliers designed by KDA and produced by various artists in Serbia and Spain.

KDA is Belgrade based architectural studio founded in 2007 by Ksenija Djordjevic. Our practice is focused on various projects in the field of architecture, interior and furniture design. We believe that our job is to detect the needs of the future users of the space, ask crucial questions and give answers through architecture. Our design process starts by thinking about what should happen in the space we are working on. Architecture is an event. 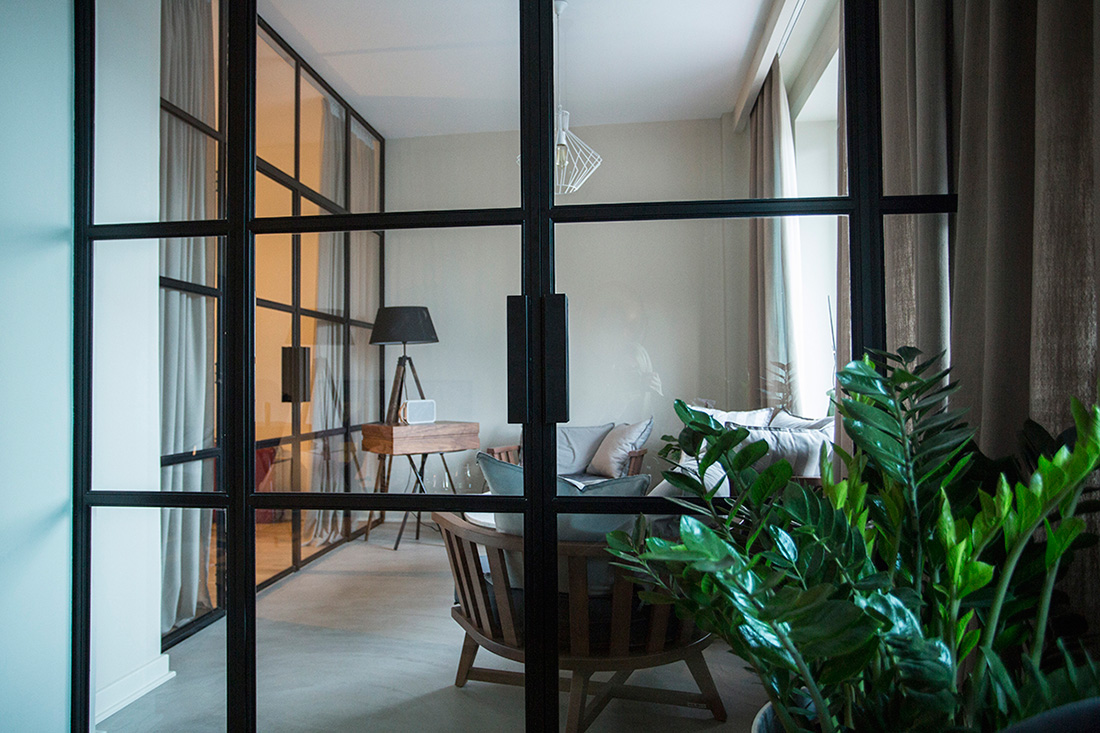 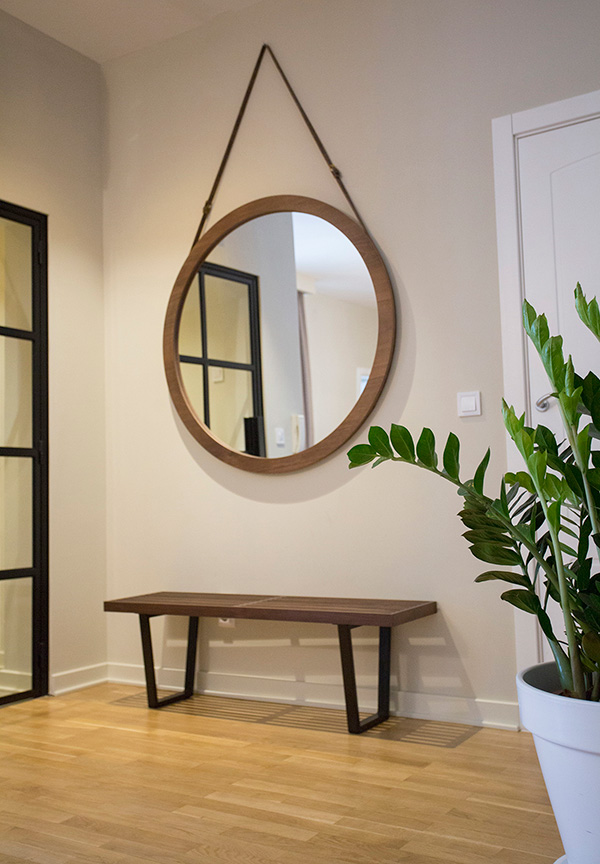 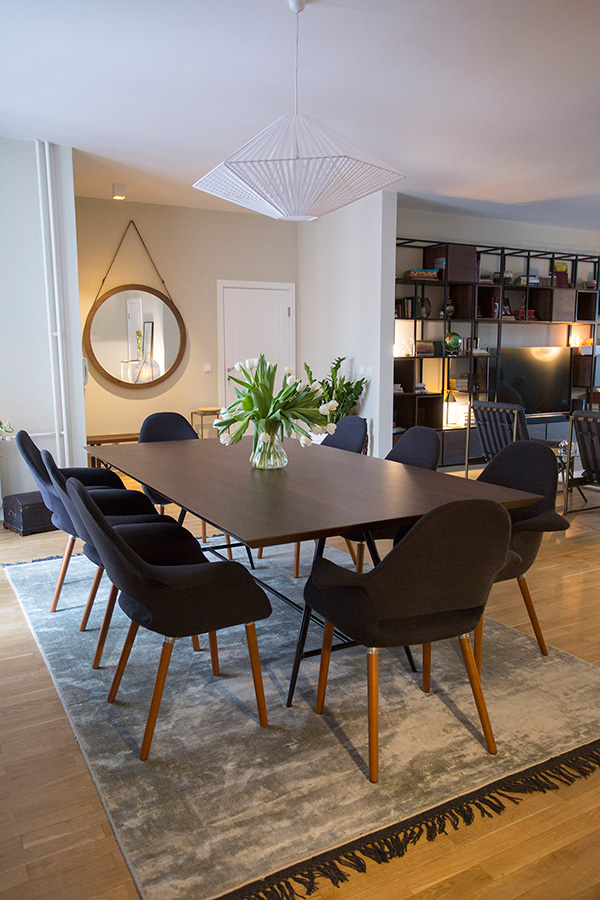 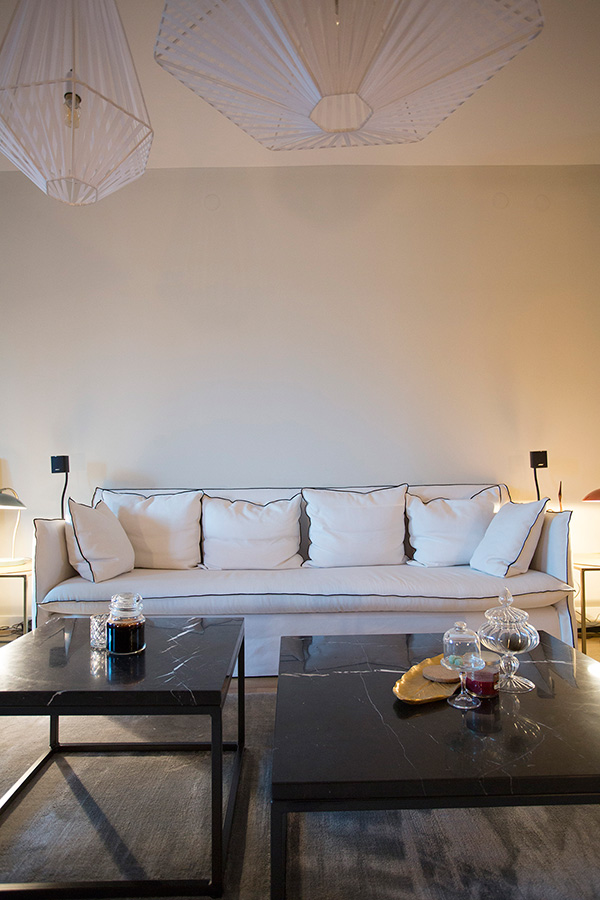 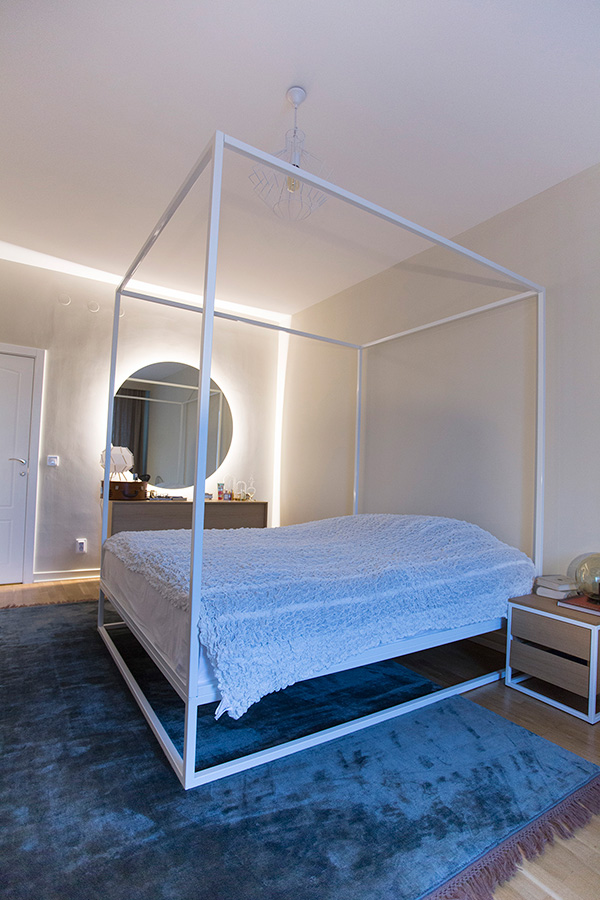 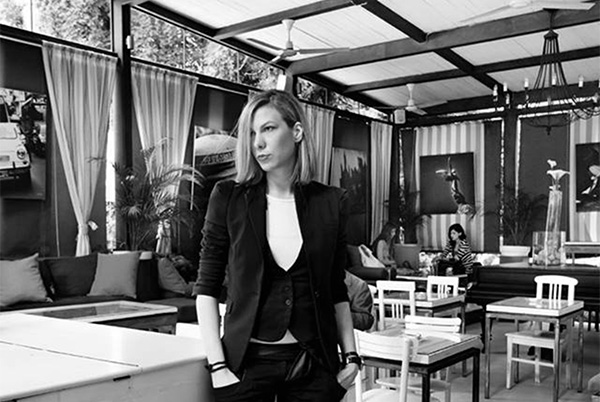