A tent –  a unusual music pavilion (essentially a modern kind of bandstand) in the alps of salzburg refute a widespread prejudice about a rural lack of understanding of modern architecture: if it functions as well as the intelligent building by markus fuchs a contemporary idom can certainly convince traditionally- minded communities.
In functional terms the wing to the right of the stage, which is clearly longer, accomodates a bar while the one on the left houses the sanitation facilities. Four enormous, umbrella-like canopies enable the square to be sheltered from the weather within seconds.

The project is defining the middle, a new center and a square for the village, creating   identity and a sheltered space for the celebrating community. In order not to divide the park into two halves the rear wall of the stage can be opened. In periods between events it forms a gateway. During a spell of bad weather the building can immediately be ready  to withstand the elements. 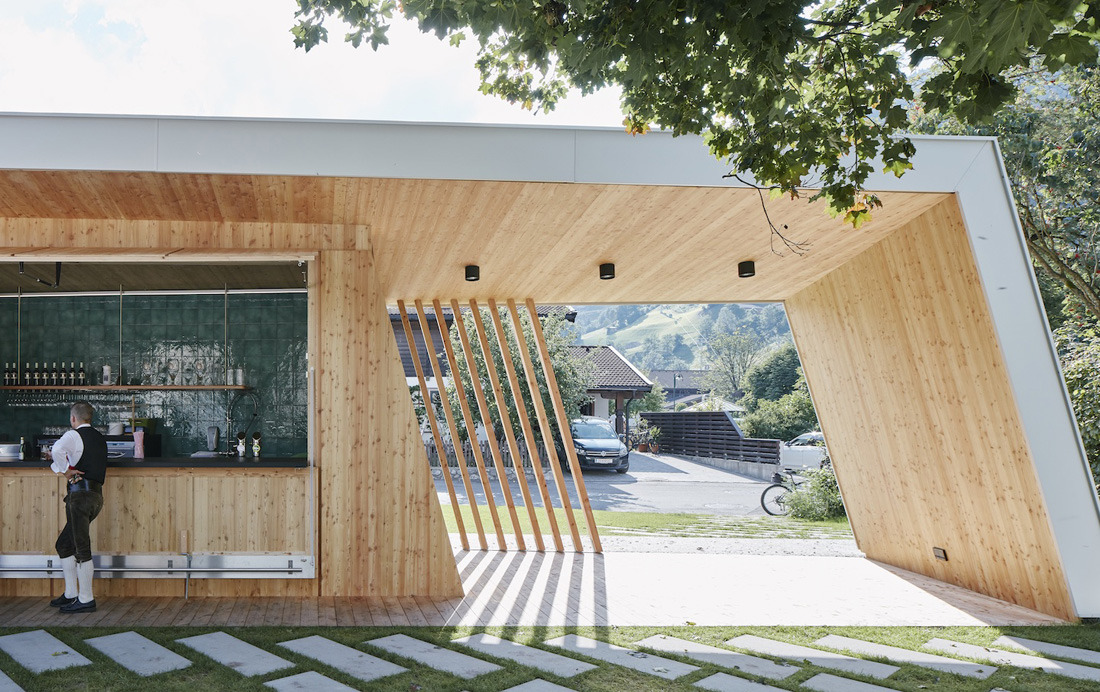 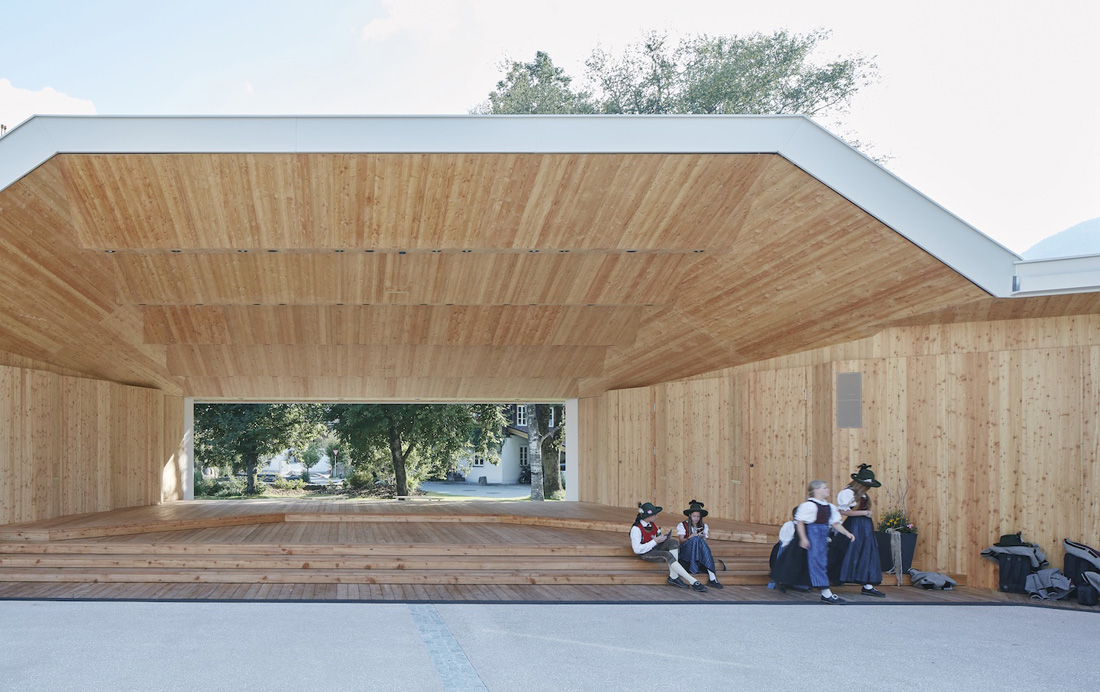 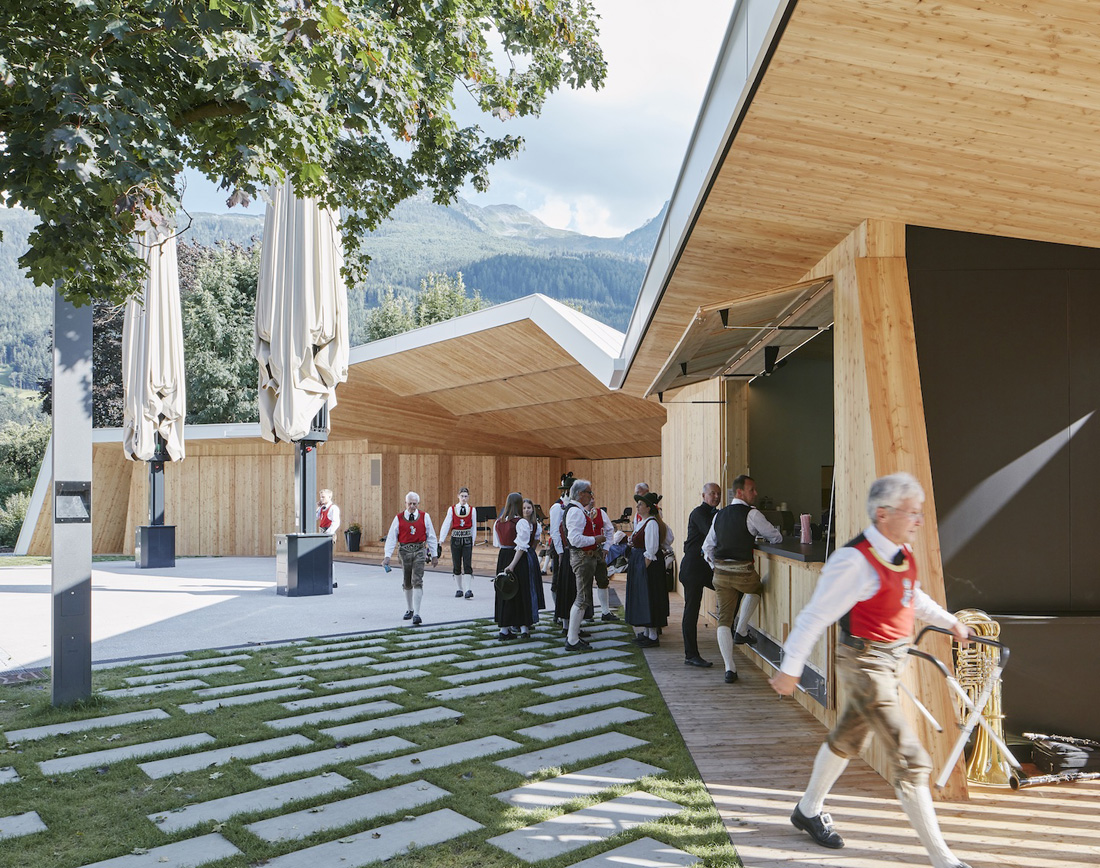 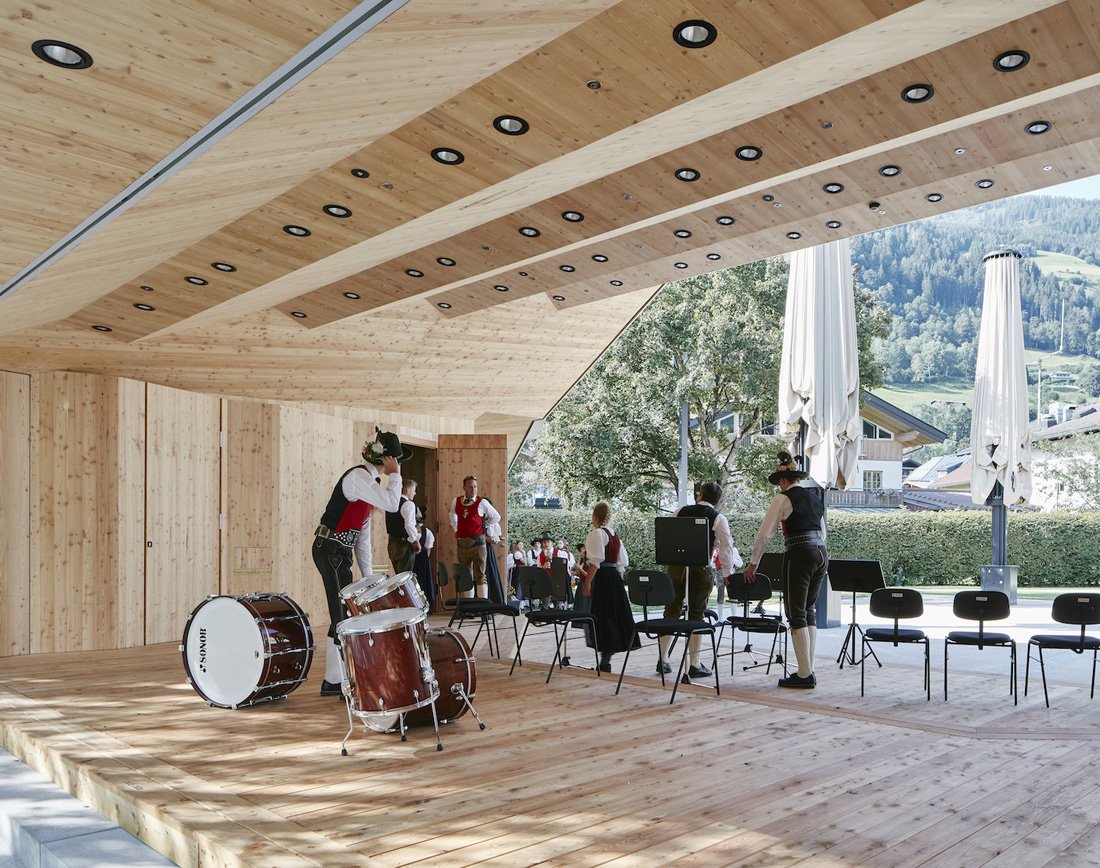 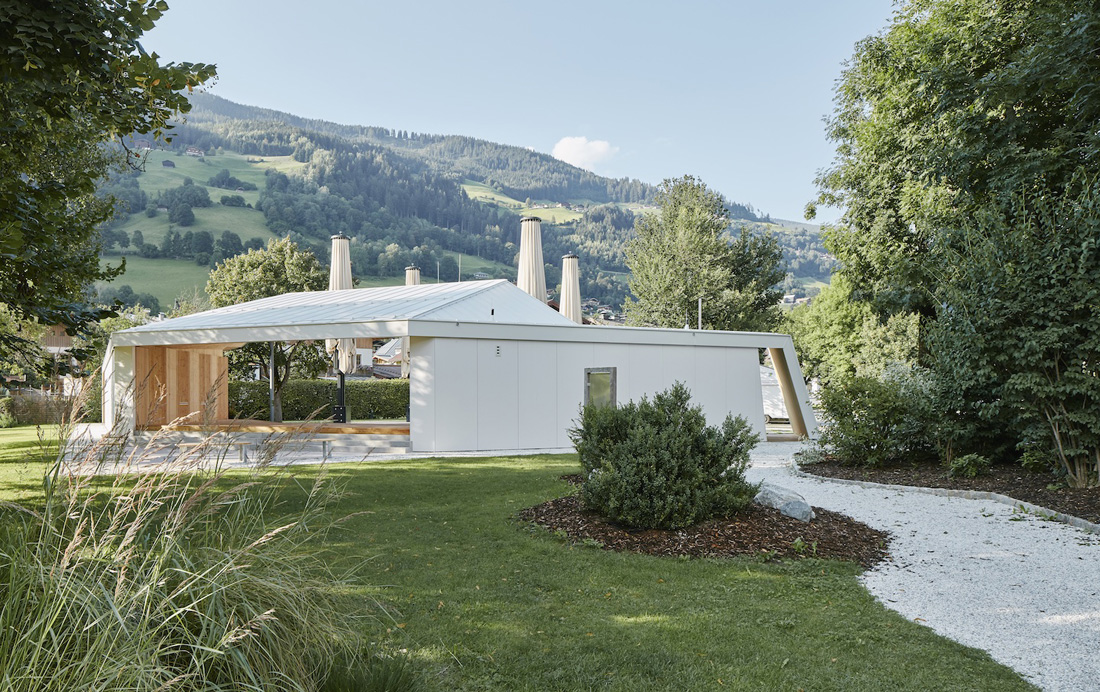