Cooperation with the investor began as soon as the dwelling project was on paper and therefore it was possible to make all adjustments and preparations already in the phase of building the apartment. Layout we knew that a small apartment will serve for occasional stays in the city, over time an apartment for a daughter, as a college girl. Disposition: This is a studio. We wanted to create all functional zones in a small space such as kitchen, dining room, living room, bedroom, hallway and bathroom. At the same time, we wanted the whole space to be airy and uncomfortable. The main goals were created by opening the entire space and storing the bedroom in a folding built-in. We also used the dining table as a place to relax when the table becomes a reading corner overlooking the terrace. We have optically hidden the bathroom in a wooden box. Atmosphere: The new building itself had no atmosphere, plastic windows, white walls, nothing to build on. Therefore, we left exposed concrete ceilings, which were already done very nicely by the construction, even though they were not planned as visual. They brought an atmosphere of real material into the apartment and we continued it in a slightly industrial style. Stained plywood, metal elements, blue paint, this combination passes through the apartment. 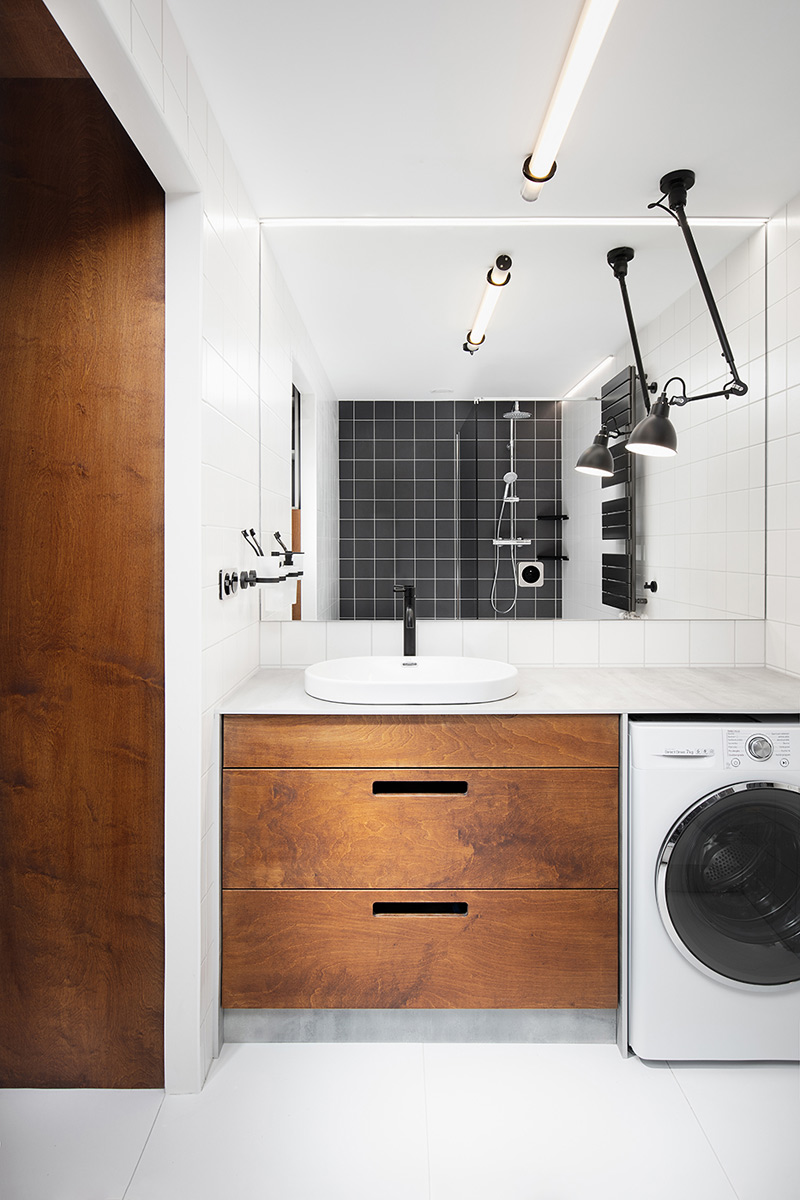 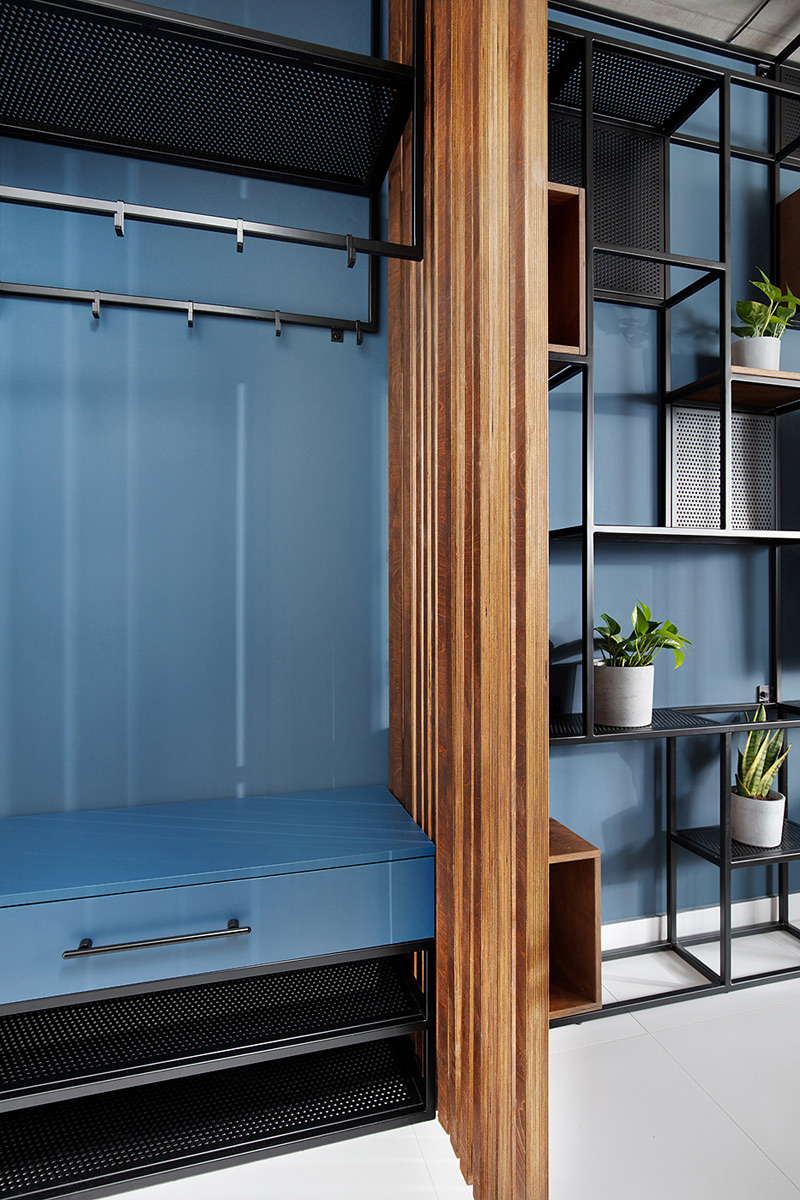 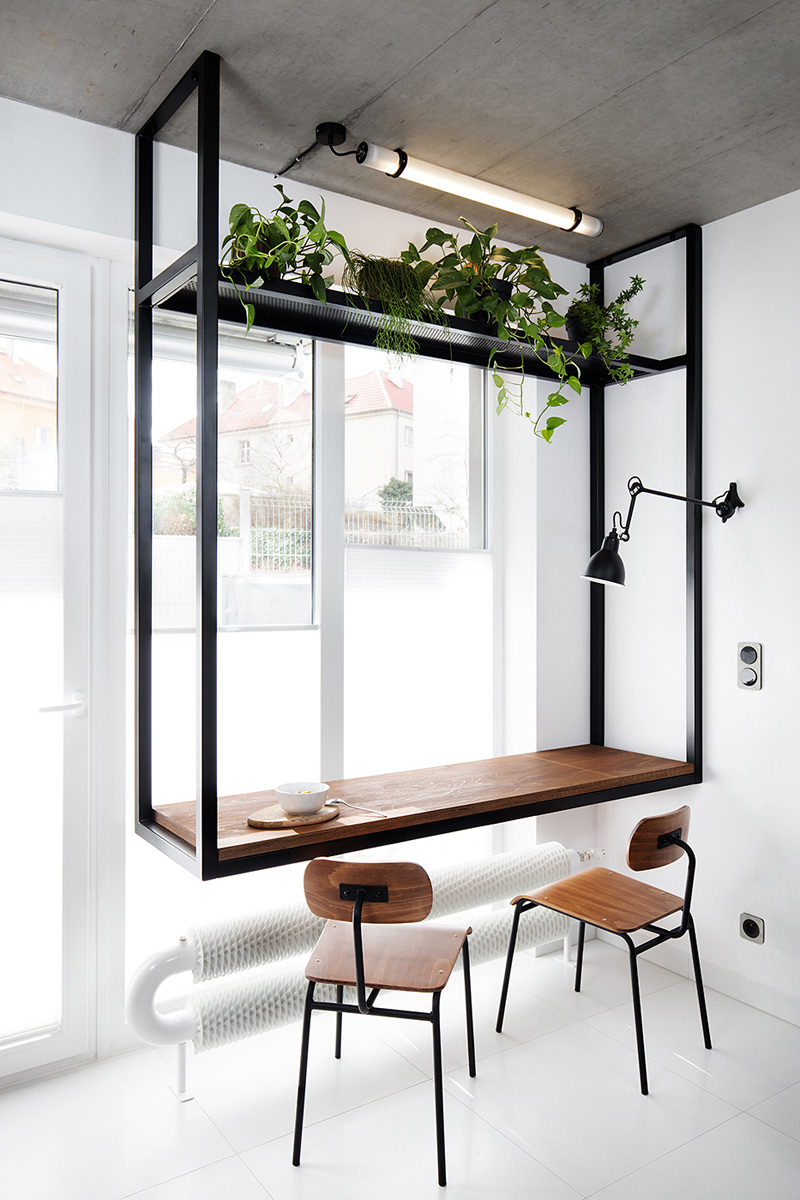 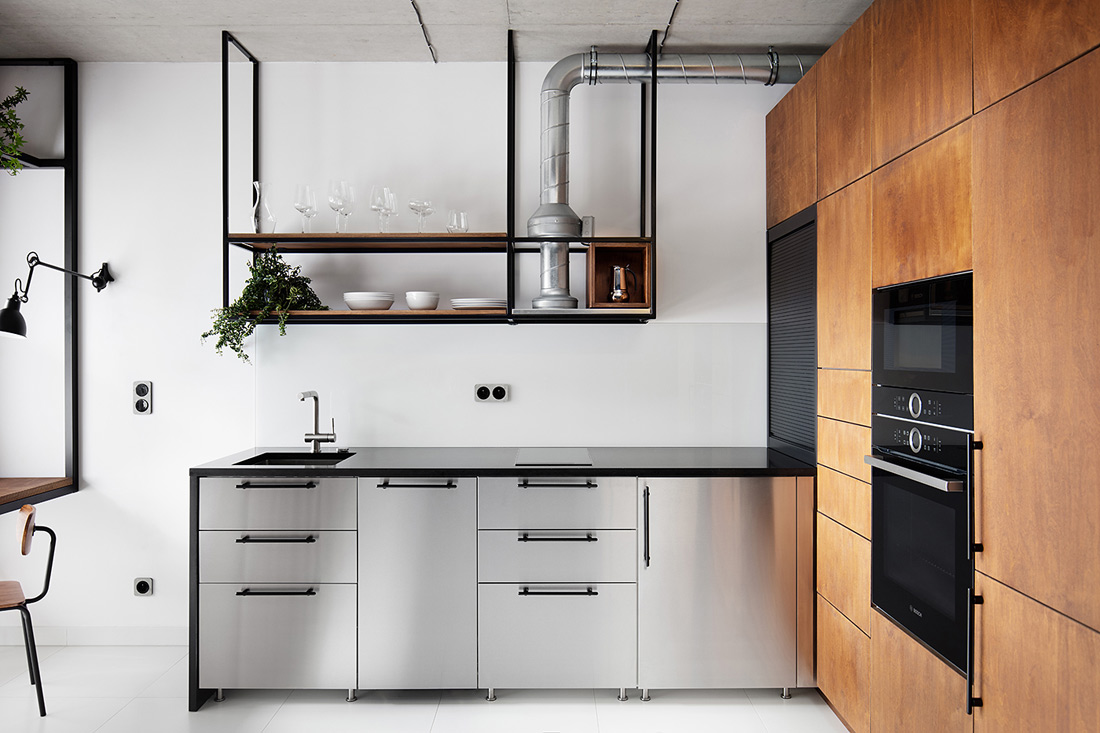