The space is completely subordinate to the brand and interpretation of the established concept. By following substantially, the title catch phrase MEET MIA, the architects have decided to treat the interior as a meeting / getting- to- know Mia place and in this way the room got its first signature element – a large luminous welcoming “Hey”.

The method of producing this kind of illuminated letters (marquee letters) has also dictated the basic lighting of interior. Milky white round LED bulbs mounted directly to the ceiling and evenly dispersed over the two zones of space became a leitmotif. As ambient lighting (except for the advertising “Hey” sign) the pendant lamp element; an oversized felt “hat” chandelier was introduced in one zone and copper “candlestick” in the second.

The base surface areas are grey walls, oak flooring and white ceramic tiles. The ceramics are selected as the dominant texture for the floors in the interior, but they are also incorporated into all wall and floor elements which border with the floor. White hexagonal ceramic is used as a coating for glass case and the entire counter; including the working surface.

Blue and grey textiles in various shades and textures appear on upholstered furniture – from fixed benches along one side of the space, through low and high seats up to the “statement” chandeliers. Tables have circular shape and typology of 50’s furniture of the last century paired with the upholstered chairs.

Copper was used as an accent colour and texture. It is found mainly in the decor, but also as a detail in conjunction bench, chandelier and in seating. Copper plumbing tubes are used as a structure for hanging vertical gardening, menus with daily offerings and as counter carriers in the window shops. 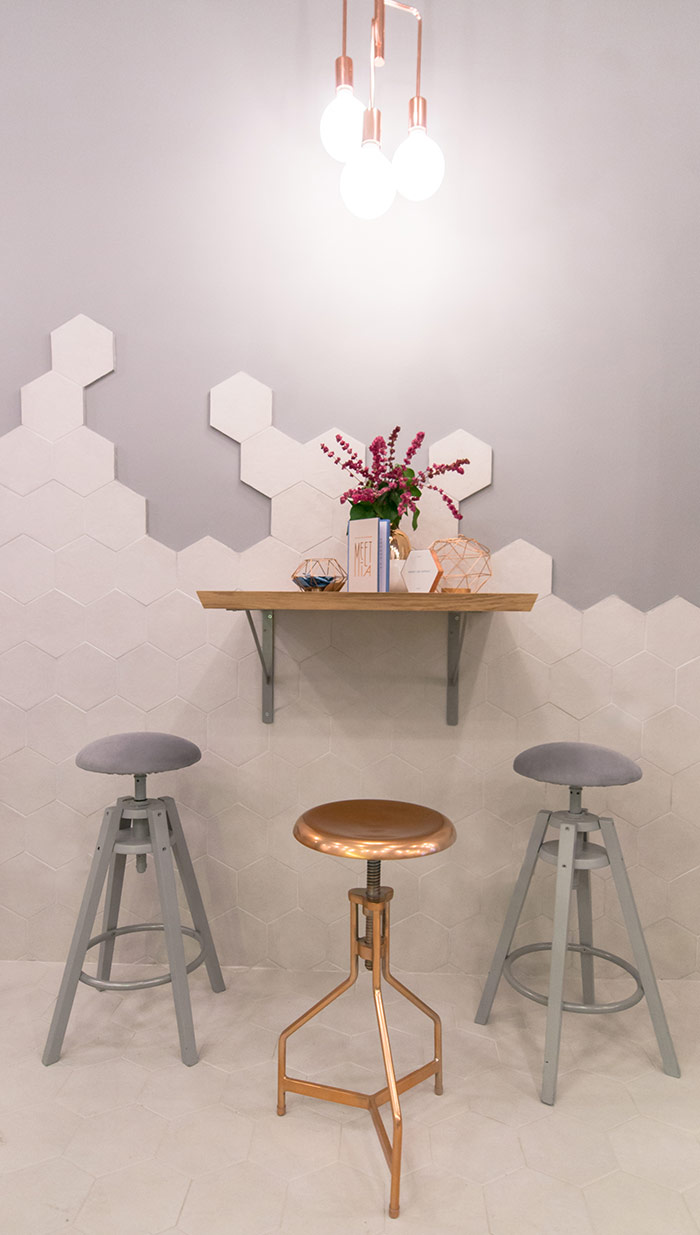 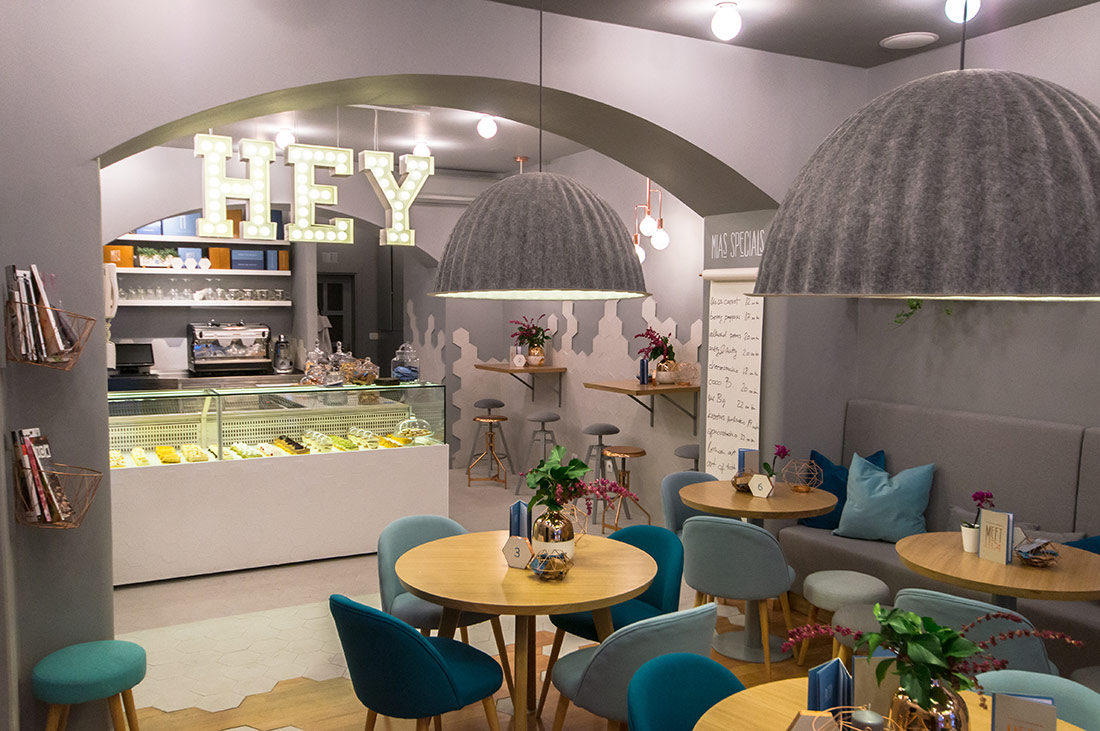 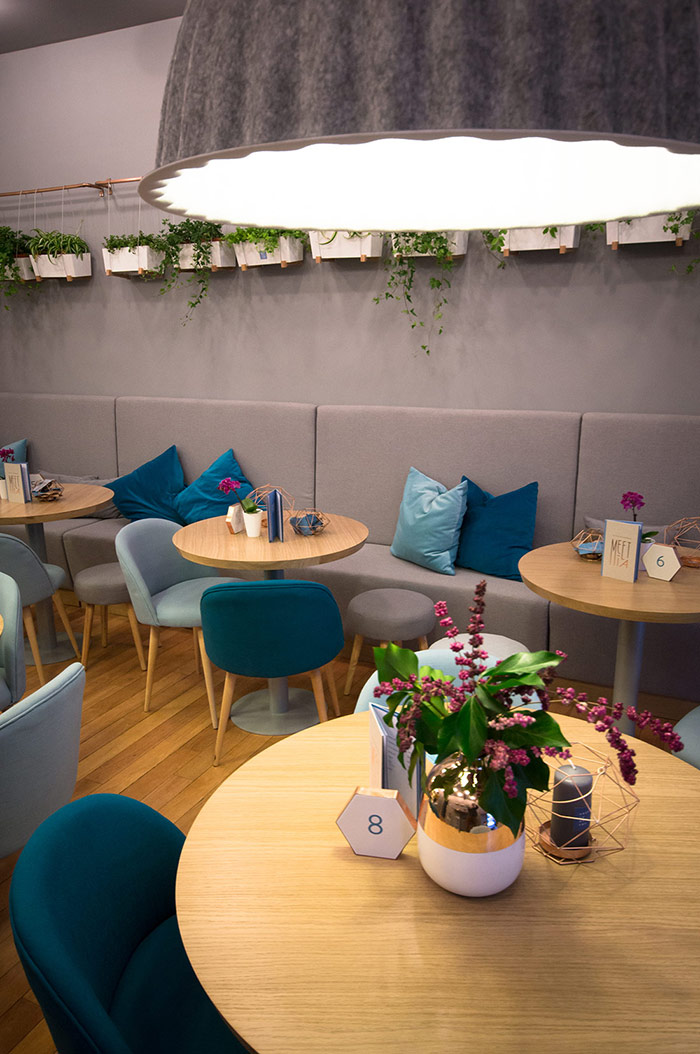