The first kindergarten in Fužine is located near town center, in a densely built neighborhood between main road and river Ličanka.
To adapt to its surrounding rural architecture, the building is divided into four smaller volumes further accentuated by dark finish. The hall, as the most dominant volume emphasizes and shapes the entrance to the building. With use of slanted, double-eave roof and acute angles echoing the local building style, the modules become interiors of extensive height, used to create two-level spaces. The height of the galleries is limited, in order to create an intimate space for children.
The interior dominates with wood as a contrast to the dark tin-plated facade and roof, as well as the plastered fronts. Wood is used as a tribute to the traditional buildings of Gorski kotar.
The graphic representation of “a small house” on the facade of the units, illustrate the playfulness of children, as well as the environment of the neighborhood and the ambient within which the kindergarten exists. In this way, the facade, framed by the slanted roof, enacts a play of shadows and changeable perception, offering the passer-by a variety of scenes, from which they can “choose” preferred one. 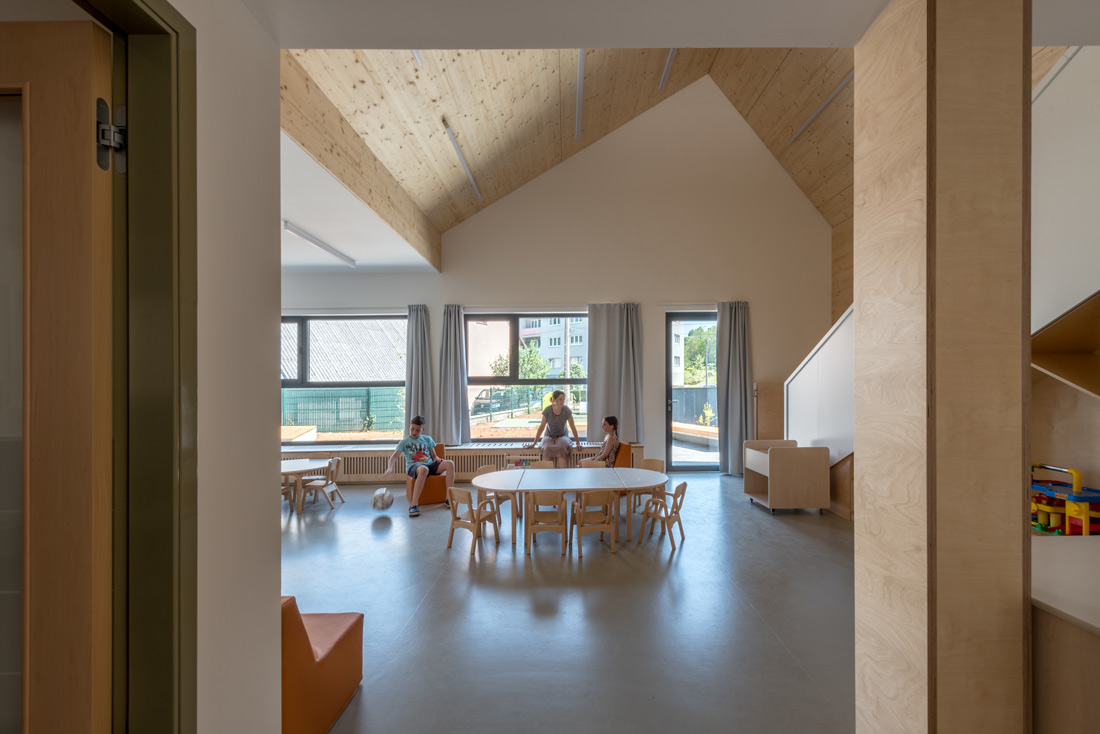 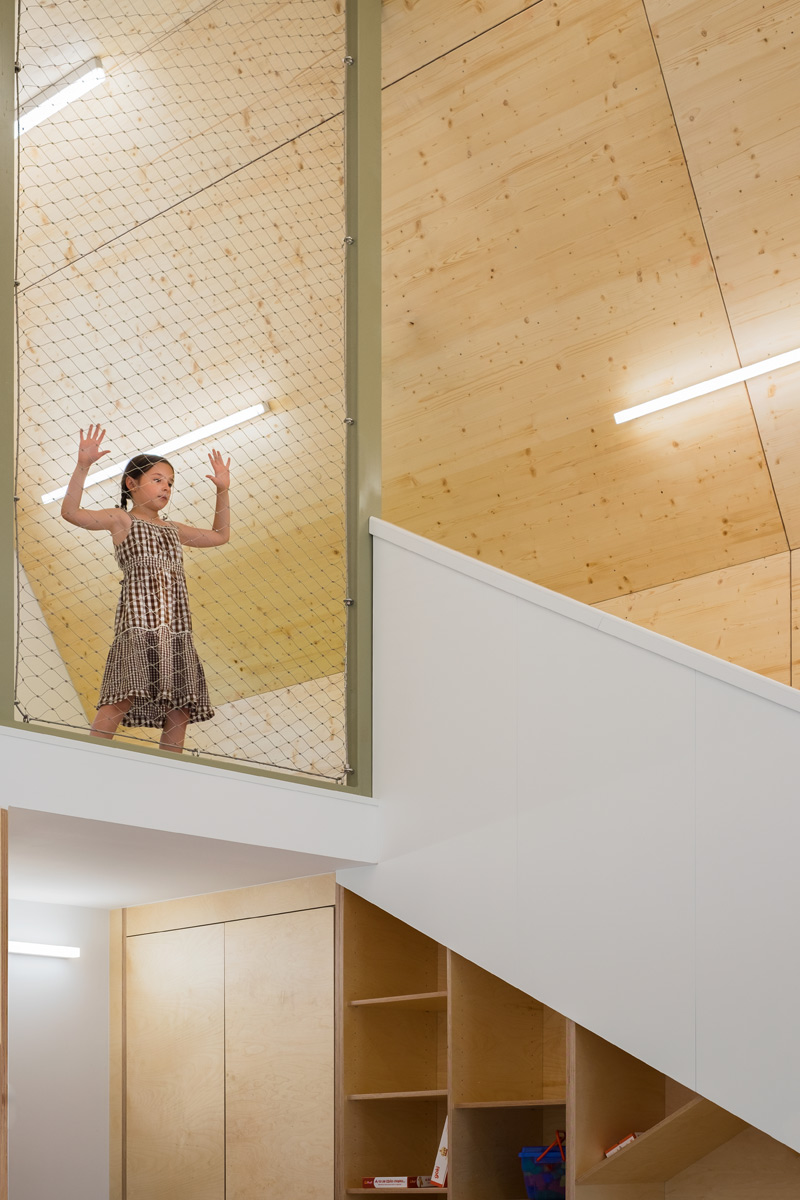 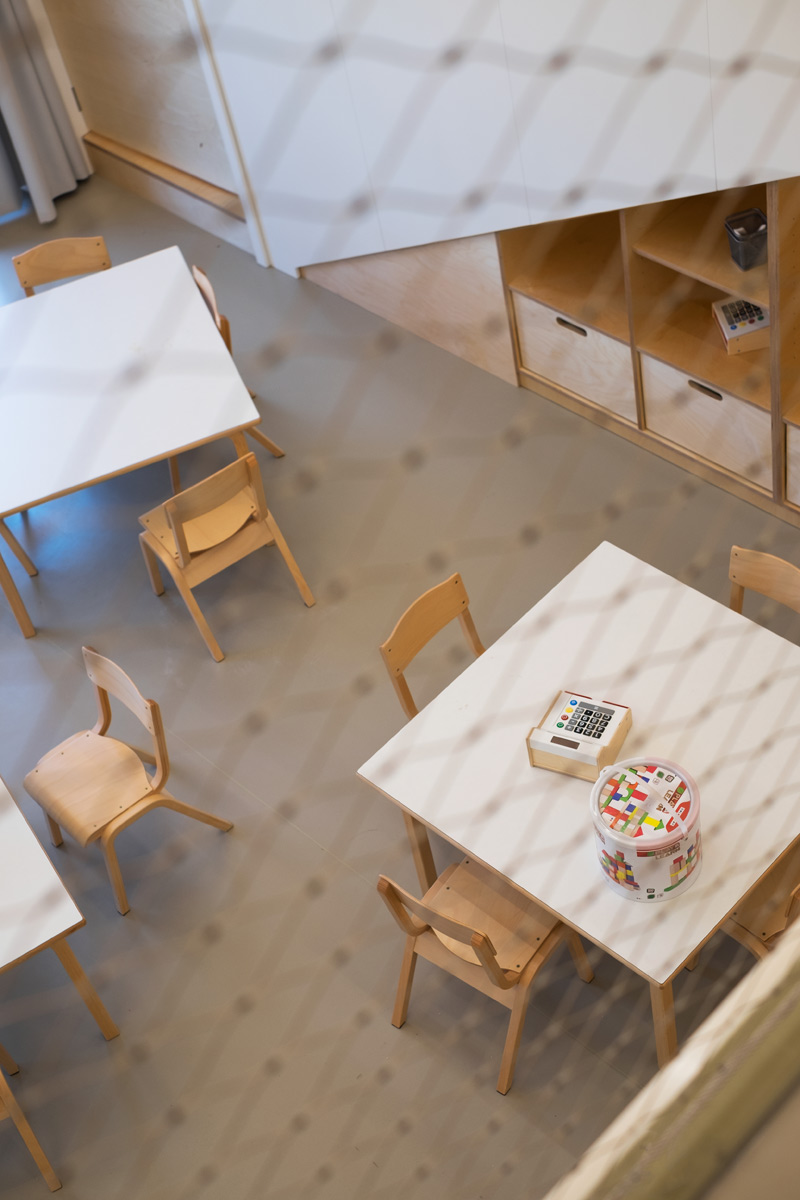 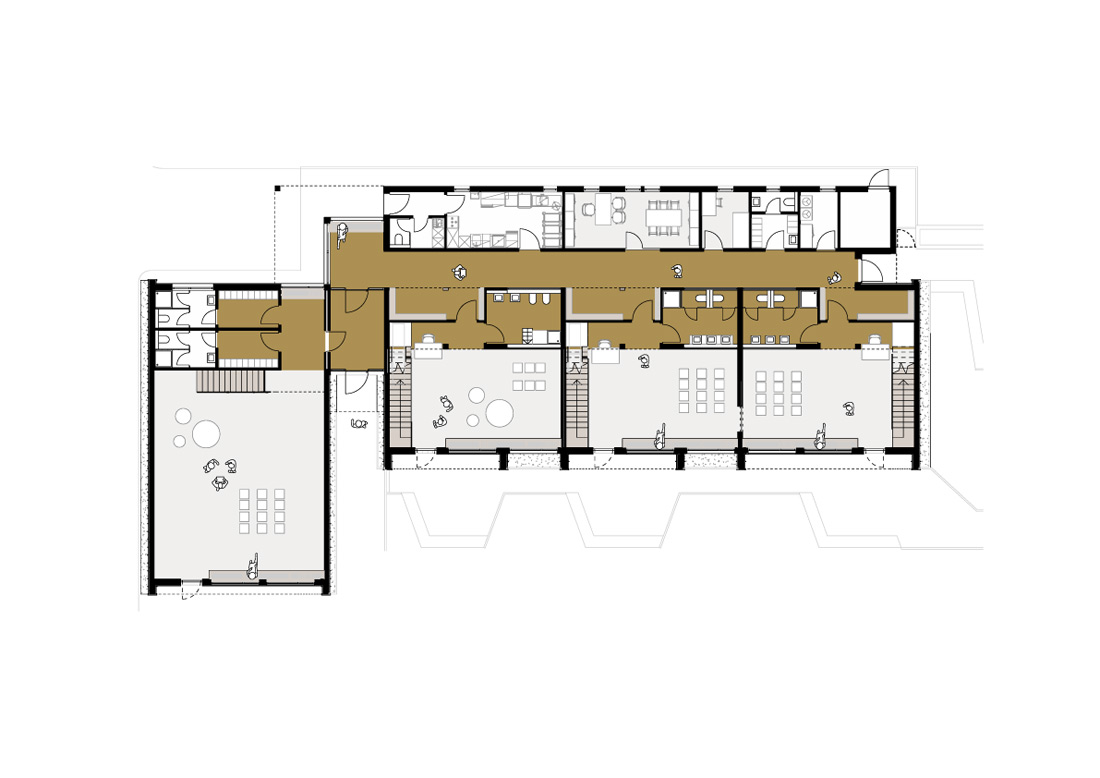 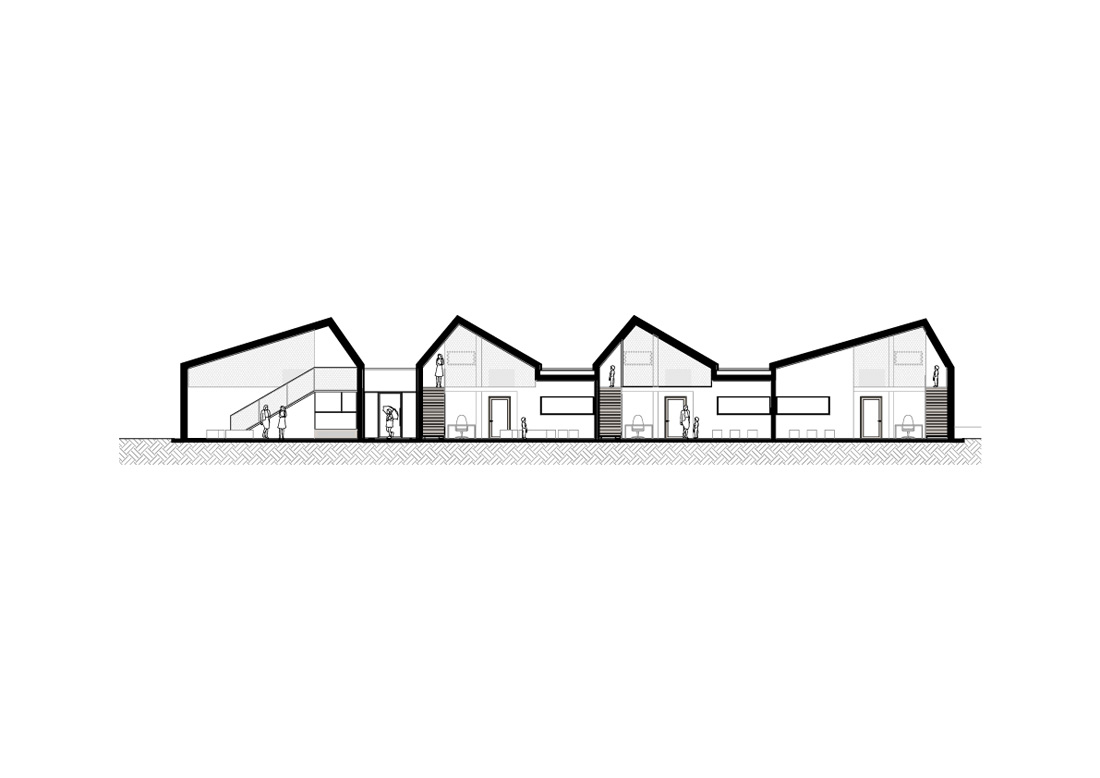