Hribljane, a small hamlet, is one in string of few little villages that lie between Rakitna and Cerknica. A deep serenity, bothered only by an occasional encounter with a bear, rules the forests. Investors would like a well arranged shelter in the land, with enough space to hold a large garden and a dozen sheep. Jazbine stream, running by the ruins of the old mill, crosses the plot, used as a local winter sledge slope.

The house stands by a pine grove and evokes volumetric ratios of the local barns. Because of farmhouses never being placed on the brinks of the settlements historically, the new house takes its shape and material language from locally used ratios and materiality, to help with the revival of the hamlet. Despite its size, the house is barely notable in the broader landscape. Layout follows the existing terrain that helps the gradual escalation of the living quarters; foundations touch the ground in points only. Parking lot is hidden in a cleft under the house and the path runs by the pine grove towards the main entrance in the double height greenhouse at the end of the house. Living quarters comprise of a kitchen with a large dining room and a traditional oven that connects kitchen with the living room.

By the side of the ramp running by the living room towards the workshop, private quarters are placed. Here are the stairs to the upper floor with a guest bedroom and a children room that opens to the double height green house. Structural skeleton of the house is made of raw wood; all of the final layers are made of natural materials; reused brick for the floor that covers most of the ground floor, coconut rug as softer flooring and wooden partition walls. Longitudinal appearance of the house is further enhanced by partitions of the façade in the longitudinal direction, while different clefts and notches part the house, revealing the programs in the inside. 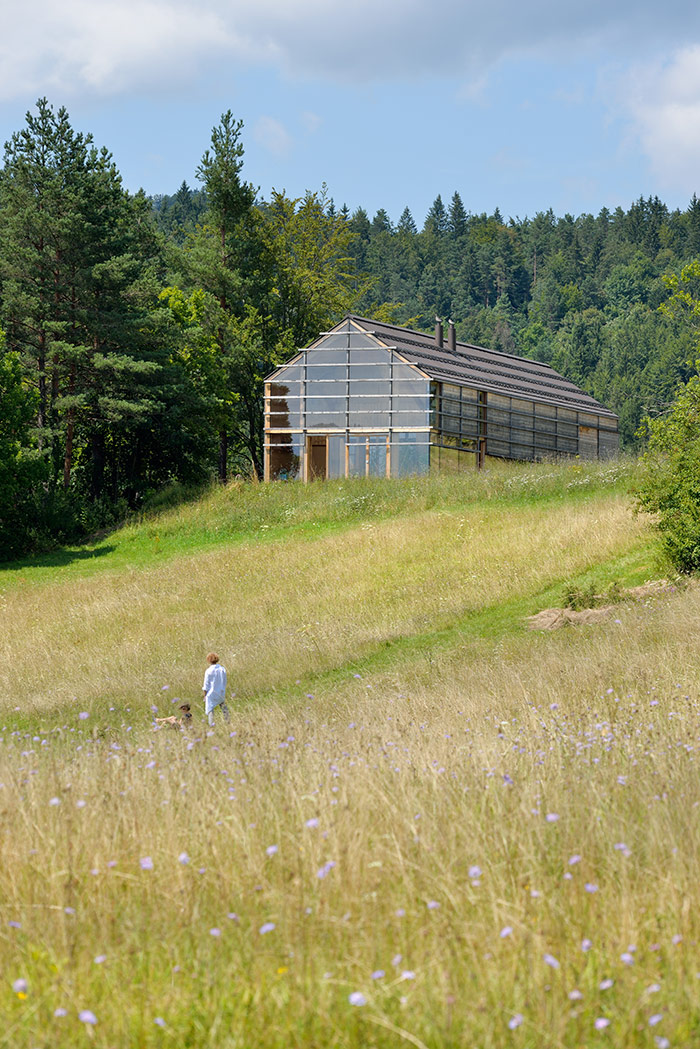 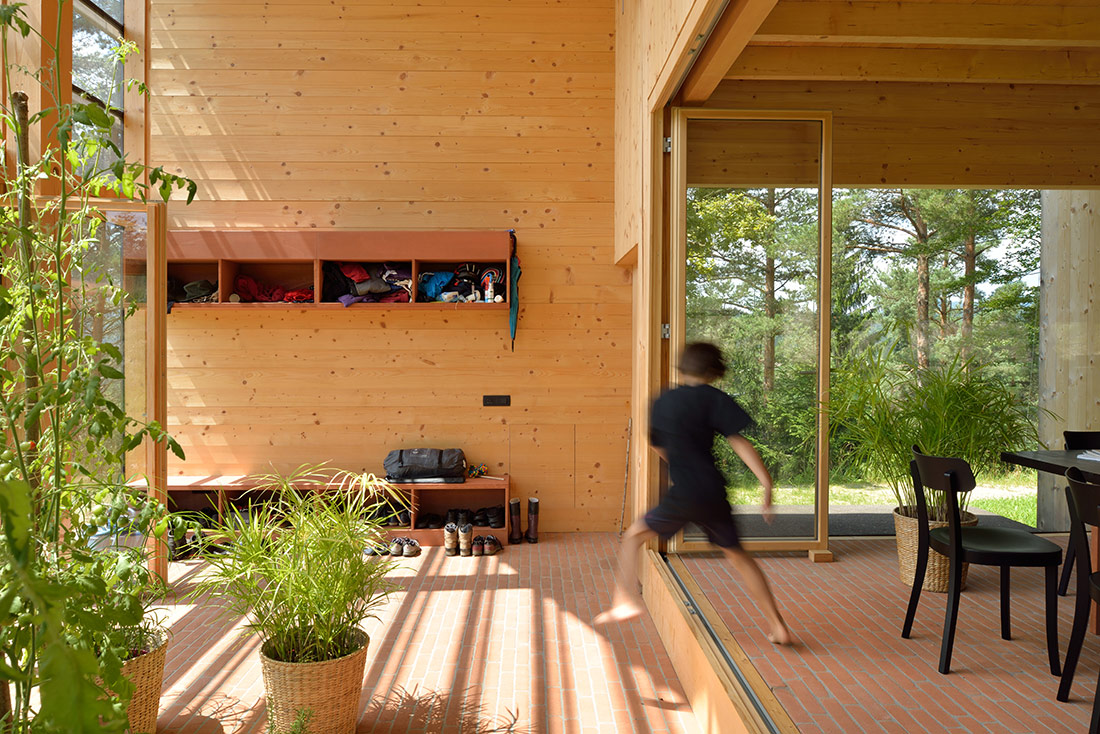 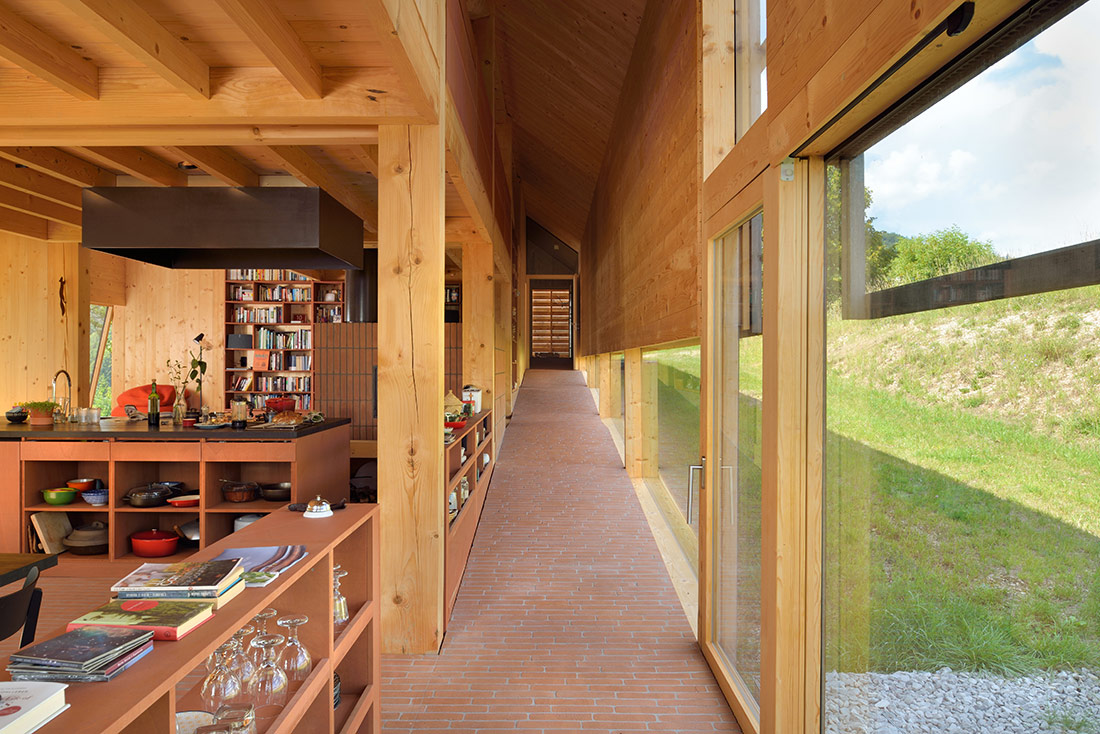 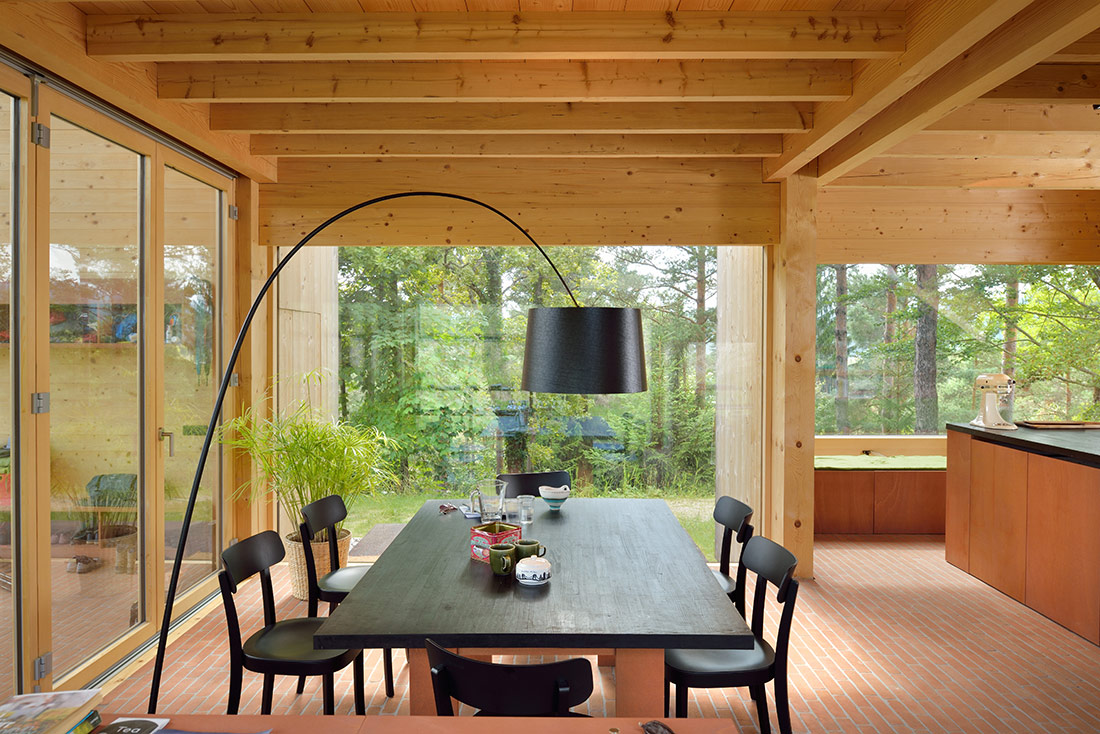 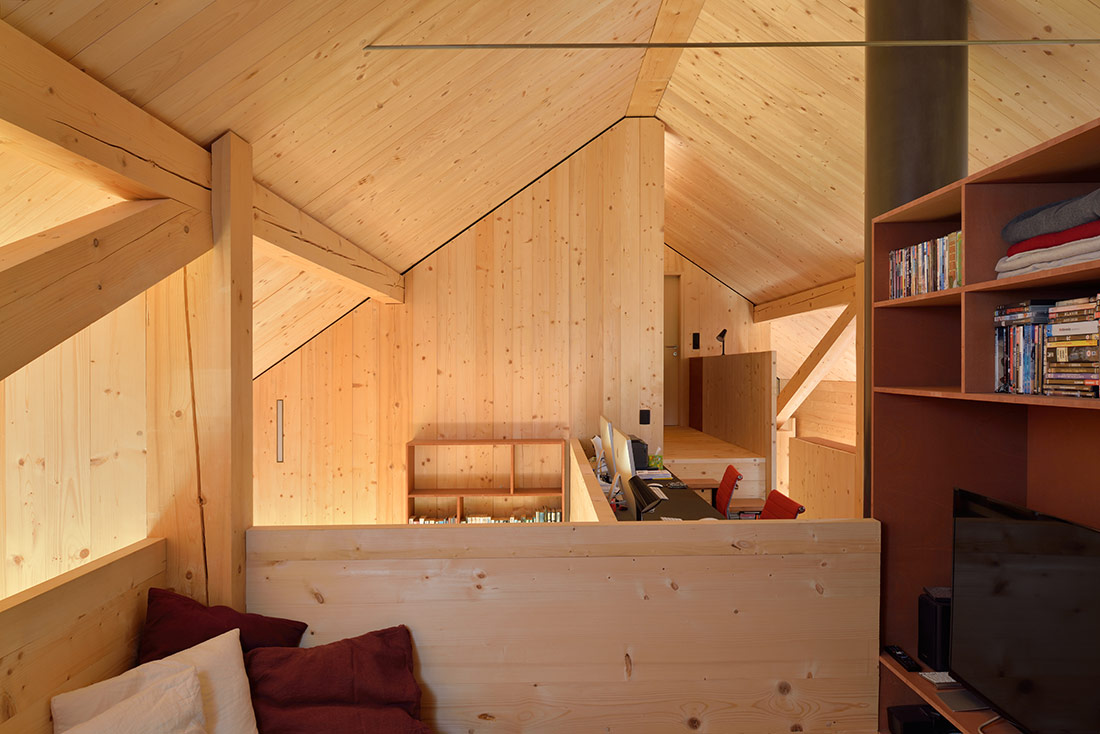 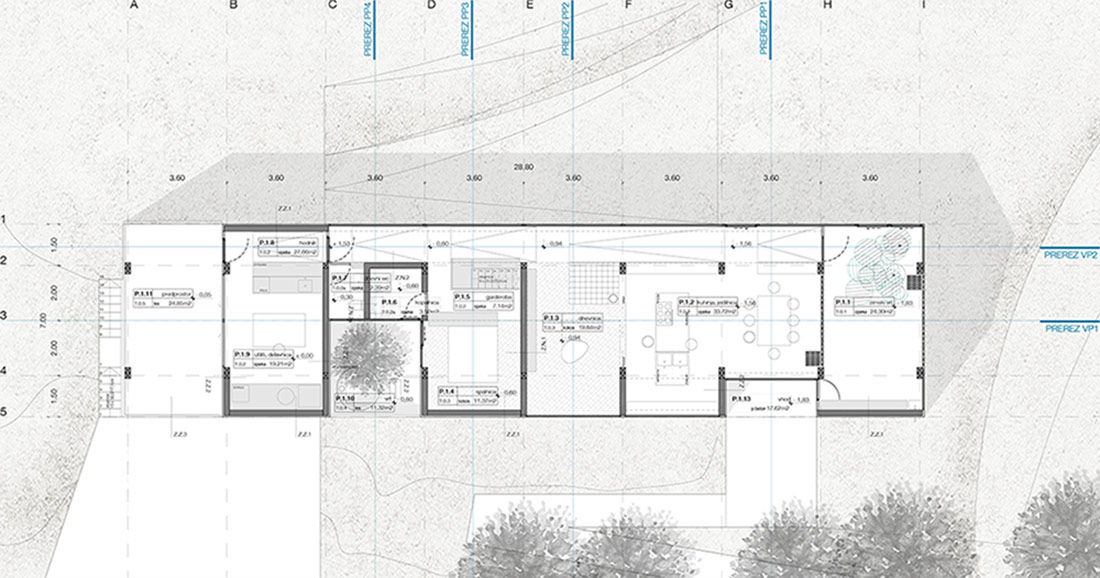