The street facade of the existing building was built in the spirit of academism but facade of new volume is different in form and materialization, designed in the modern spirit and with use of modern materials.

The glass facade of the new part has a foothold in the introduction of daylight into projected spaces, since the building is limited in terms of receiving natural light due to its pronounced northern orientation, elongated forms on the plot and blind side walls common for a compact city block. Glass facade also achieved that interior space of new volume gets much more natural light and looks much more optimistic than the lower, masonry built floors. The principle of erasing the interior and exterior boundaries and dematerialization of new volume has been also achieved.

The segments of the façade from yellow painted glass were introduced to revive and refresh the glass surface of the new volume, as well as to make visual connection with some elements of the old facade. The additional quality of the interior space is provided by the zenithal light achieved through the roof windows, which through the glass floor of the upper level reach all to the lower level of duplexes and visually increases the volume of space.

What makes this project one-of-a-kind?
The concept was to bring more daylight into new spaces on the top of narrow existing building in a compact city block. This quality is provided by glass façade, zenithal light through the roof windows, and the glass floor in the main interior space, in order to erase the interior and exterior boundaries and to visually increase the volume of new space. 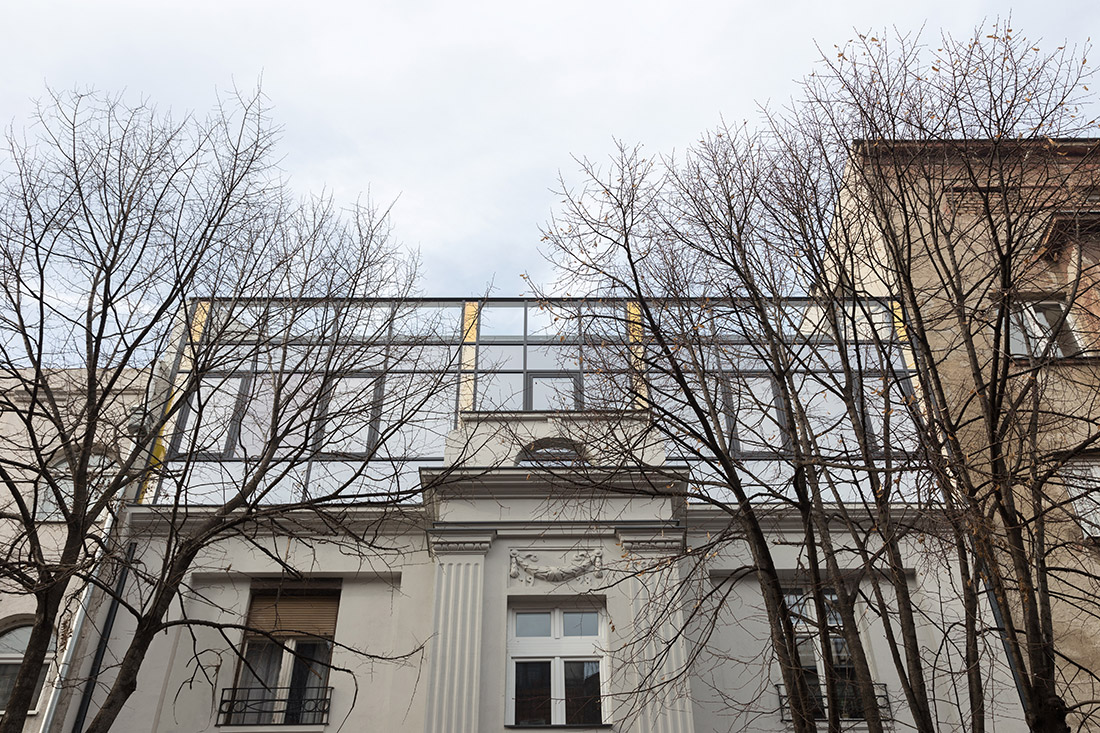 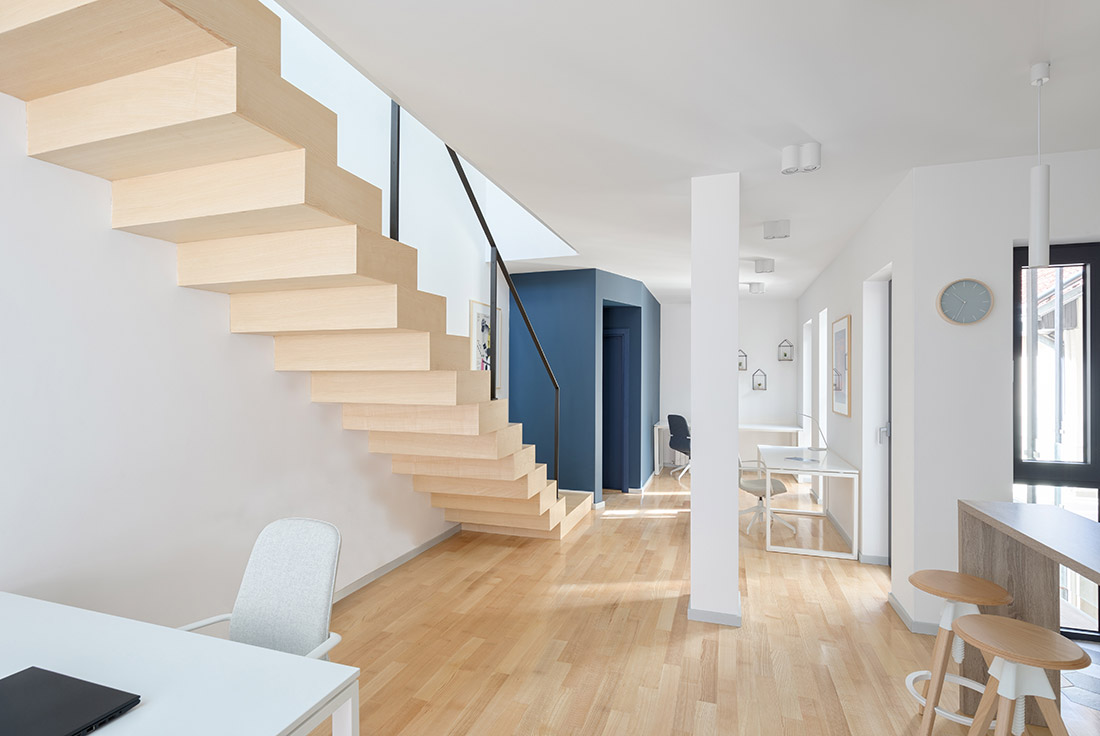 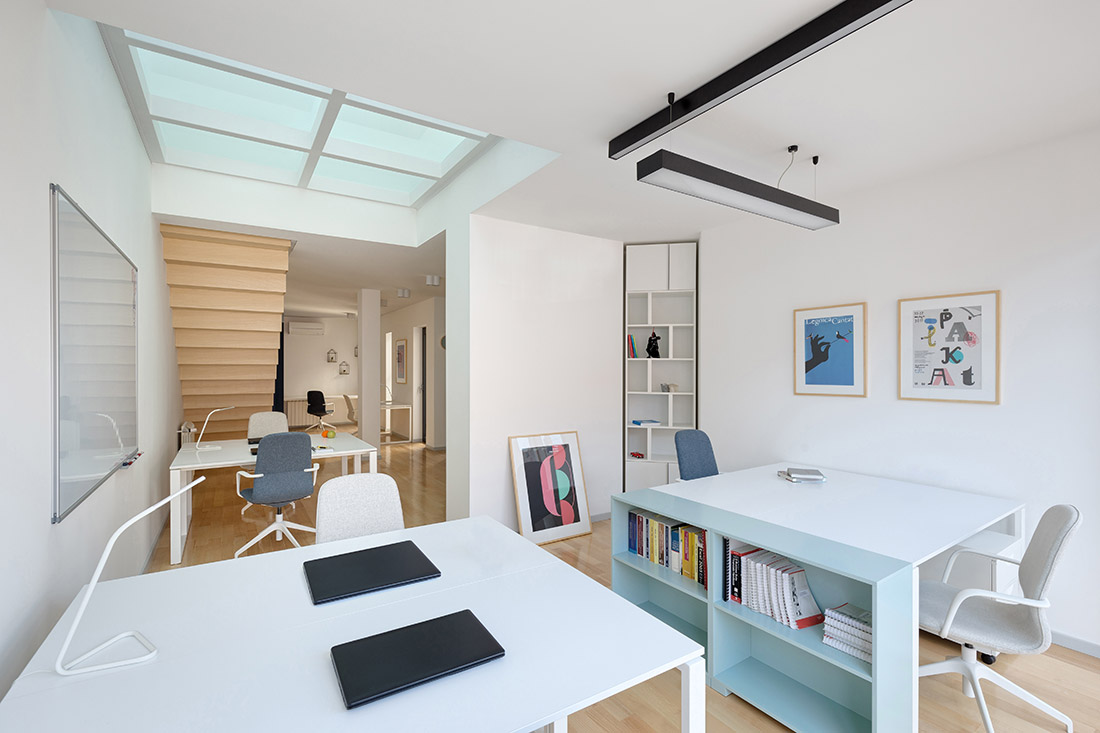 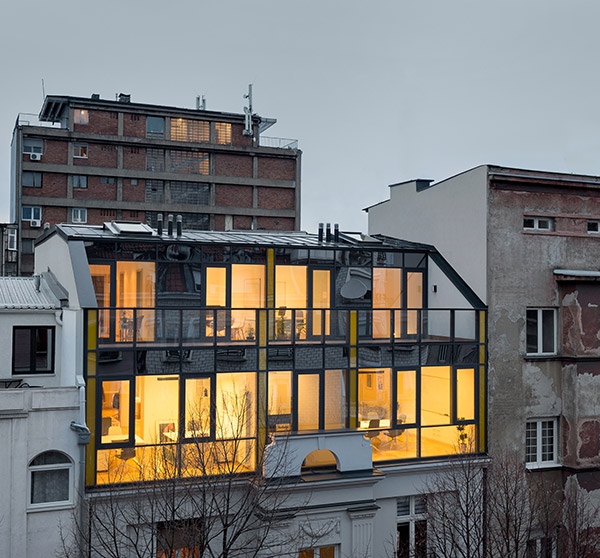 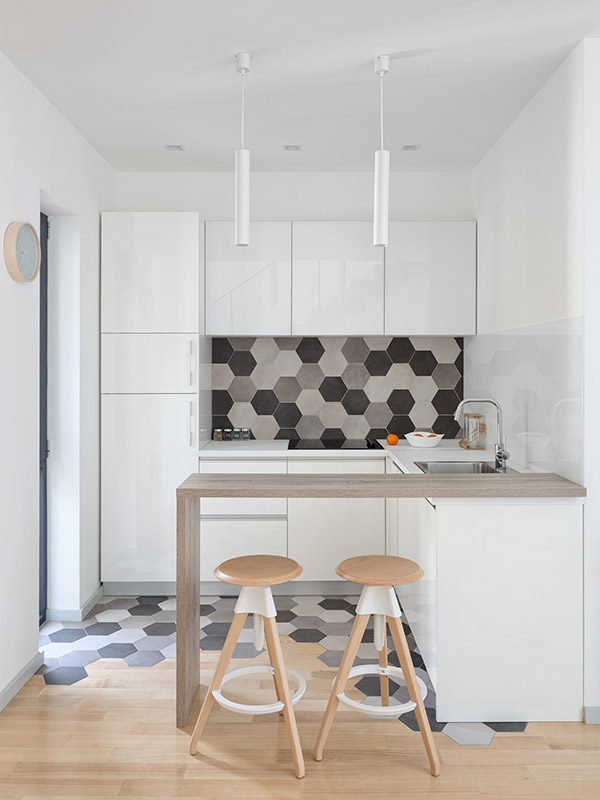 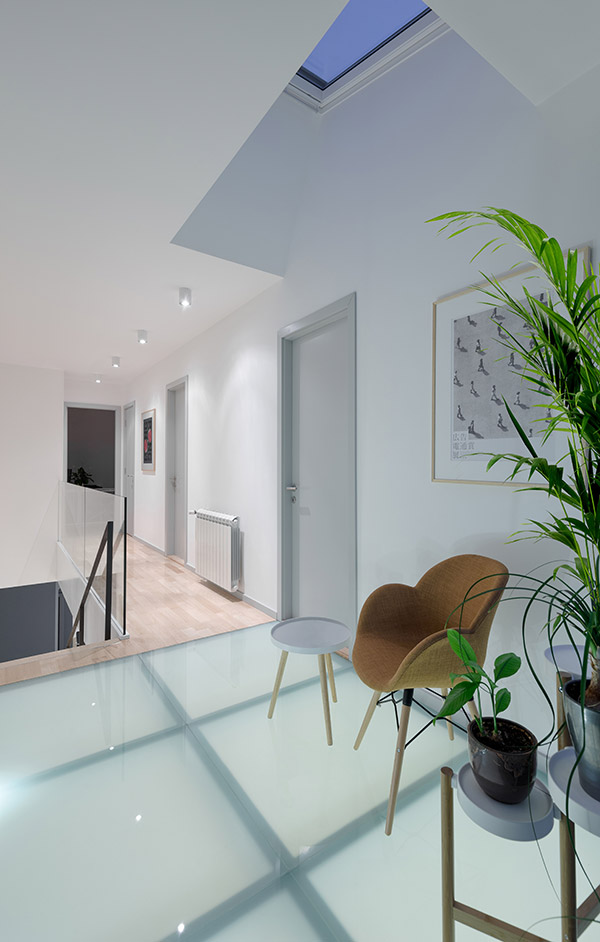 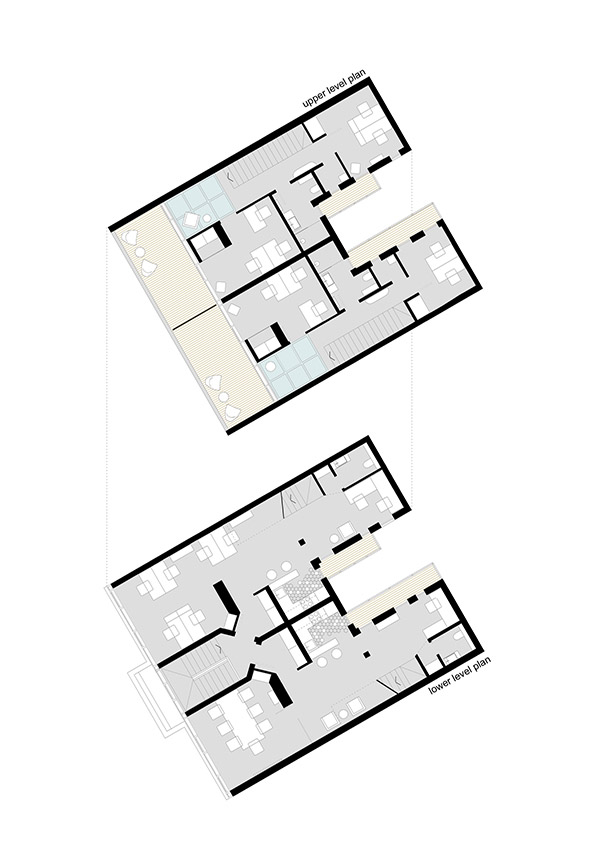 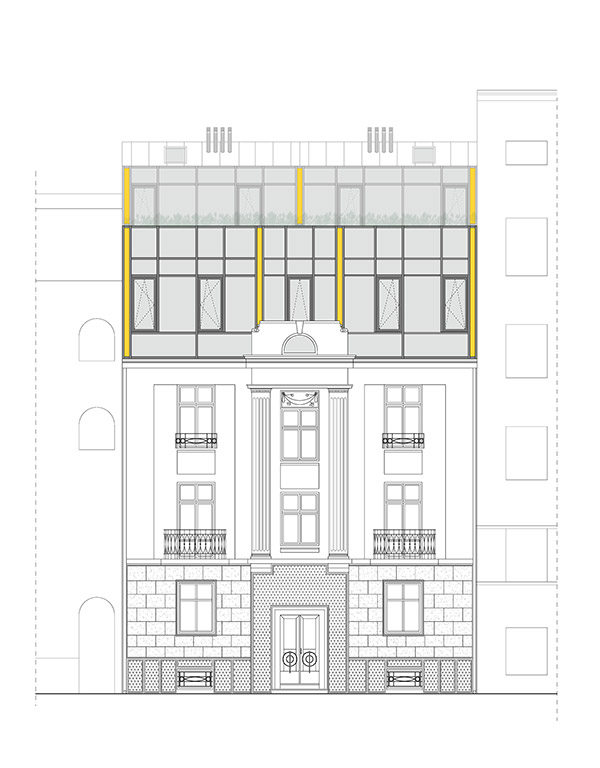 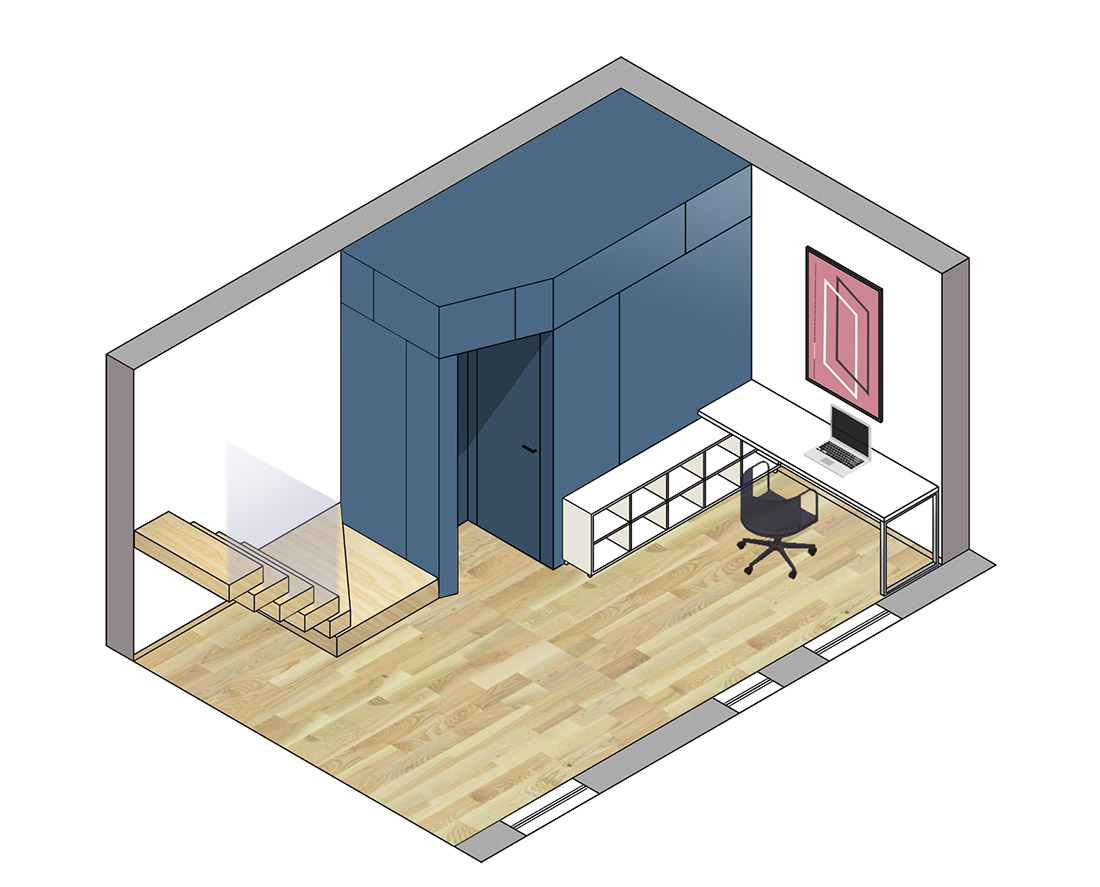 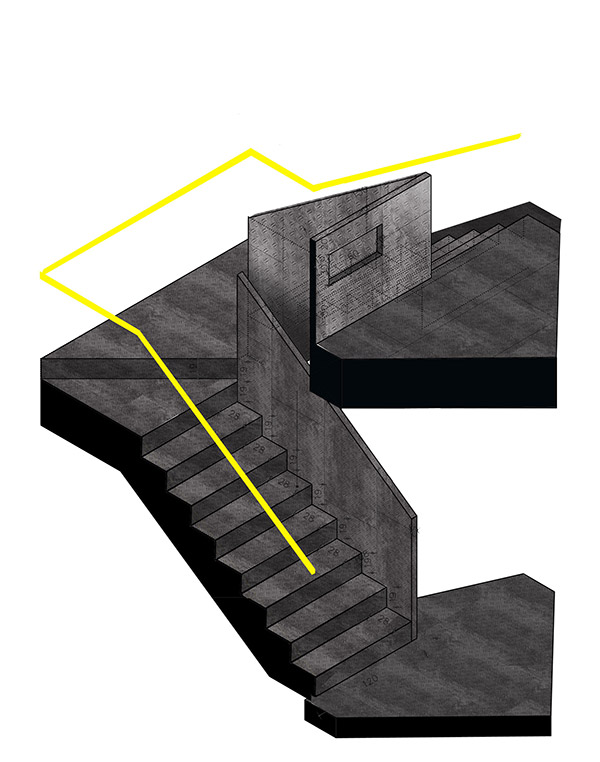