The submitted project is part of a larger redevelopment operation of Capo Milazzo, promoted by Lucifero Foundation and by “Il Giglio” Association.
It consists of an open equipment system free to use which, by expanding the educational-didactic offer of the Foundation, enhances an asset considered “collective”: the intervention is on the edge of a valuable natural reserve area that stands out on the skyline of the Aeolian Islands: at the center of a remarkable mythological-landscape context. Ground Fold is an equipped educational farm-park. It consists of a simple wooden canopy which is gradually raised from the ground level, to conceptually reduce the consumption of land to “0”: at the same time making the design of a large “eye” oriented on the landscape emerge from the earth. A few hundred meters away is the Cave of Polyphemus.

What makes this project one-of-a-kind?
Ground Fold is a project which lives by wood, earth and above all by shadows: we are so use to a “bright” architecture concept that we often forget the value of the shadow.The two side slope are made by reusing an reshaping the ground of the foundation excavation; while in the containment gabions of the slopes are reused the rocks of the area. Obviously, the whole structure is made by wood.Excavation and Construction has been therefore coincident and complementary moments, in a integration and environmental sustainability view.The project challenge has been to restore the architectural dignity to an humble theme by definition such as a stable, combining the additve logic of building (hut) with the subtractive ones of excavation (cave).Under the large green roof, which rises gradually from the ground, integrating with the surrounding greenery, take shelter the decomposed volumes of the stables. 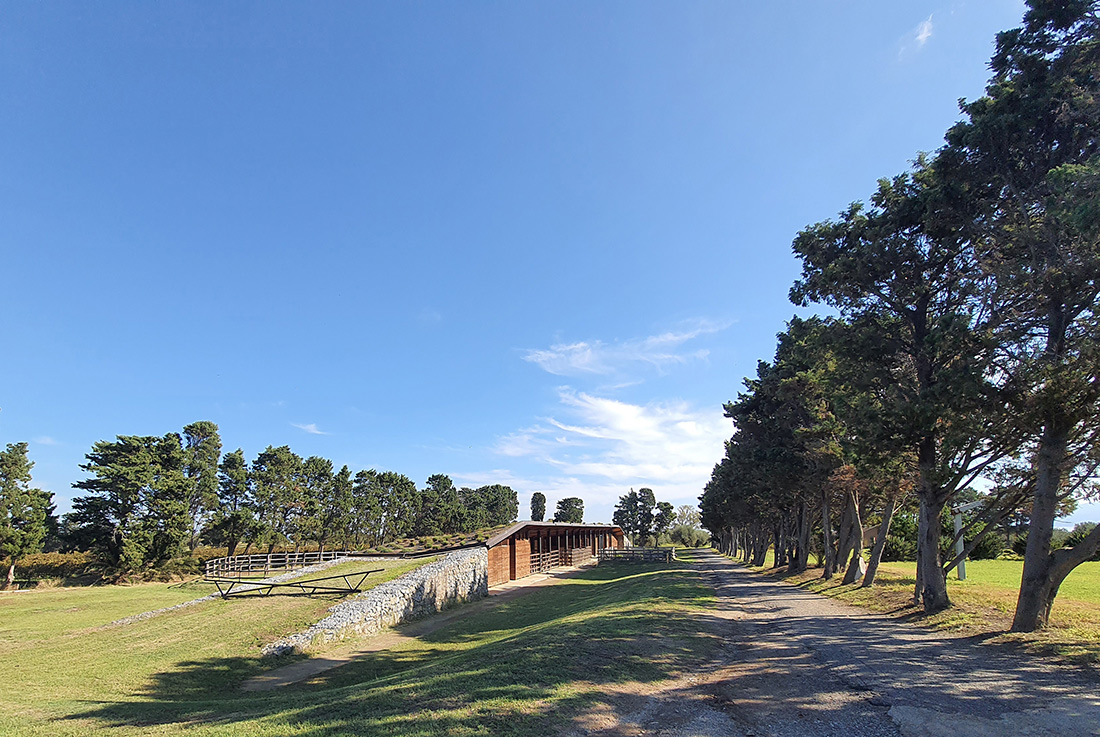 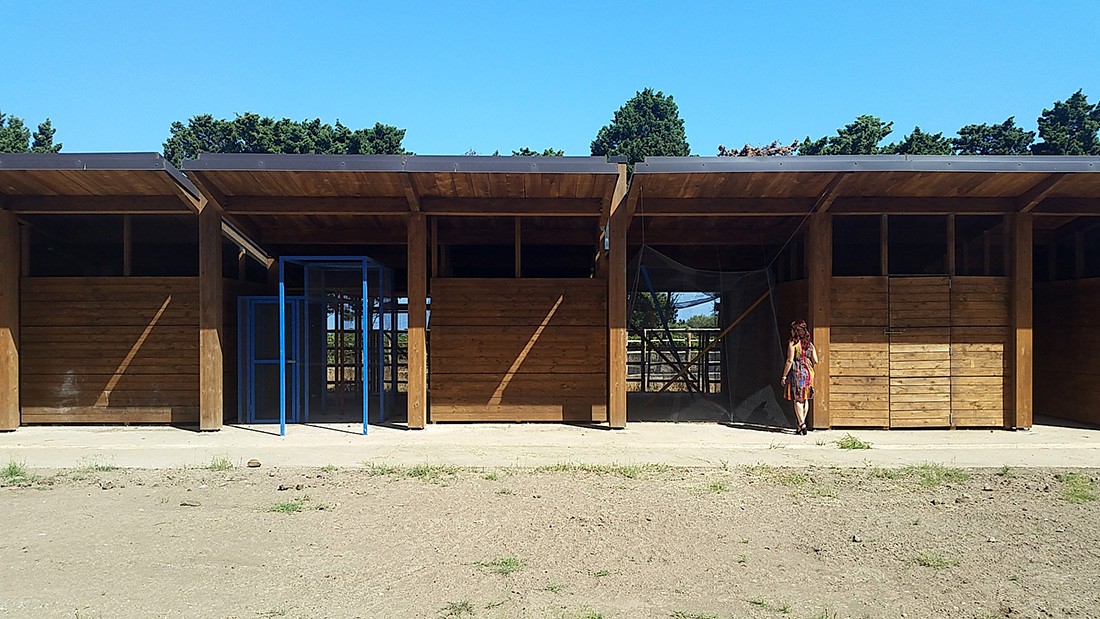 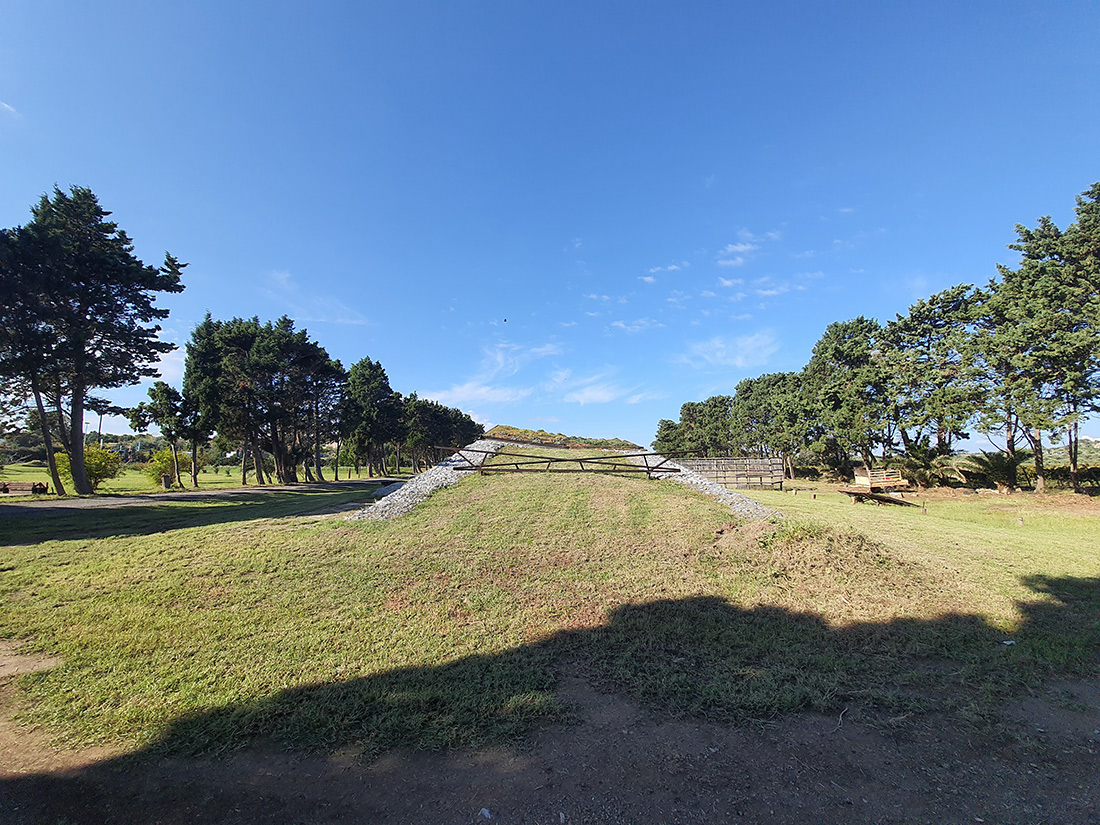 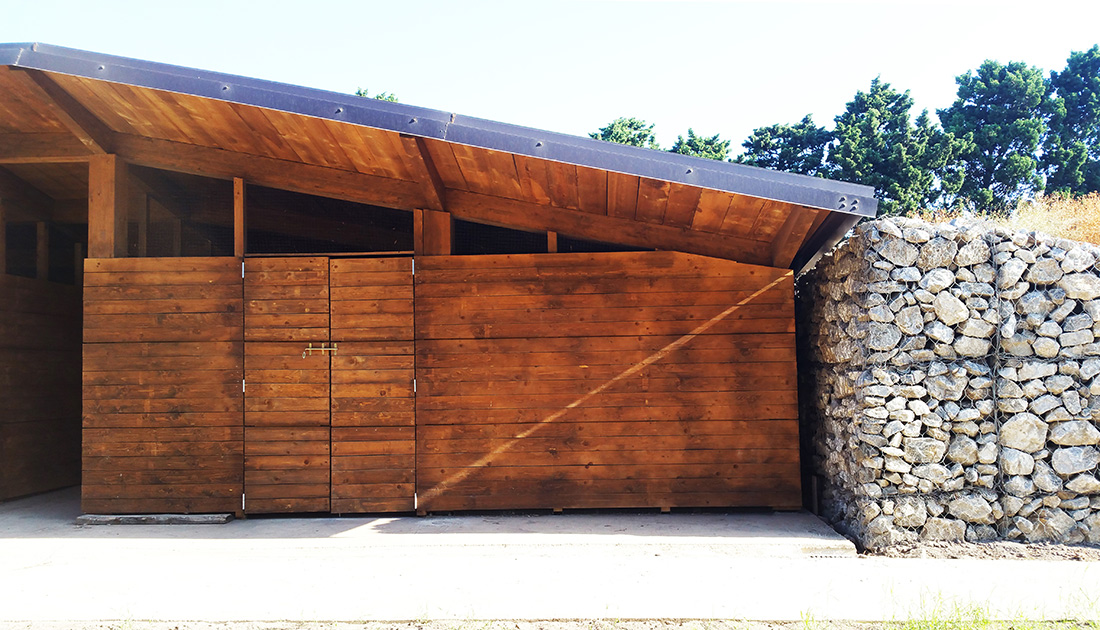 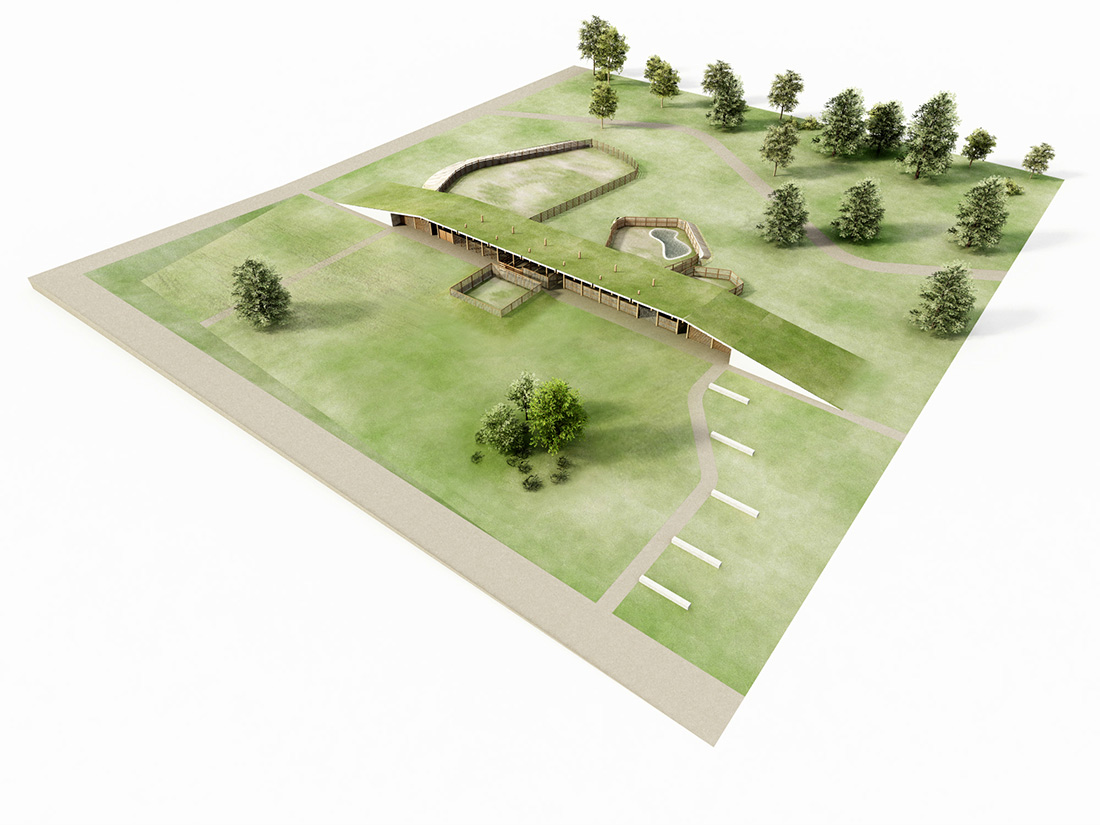 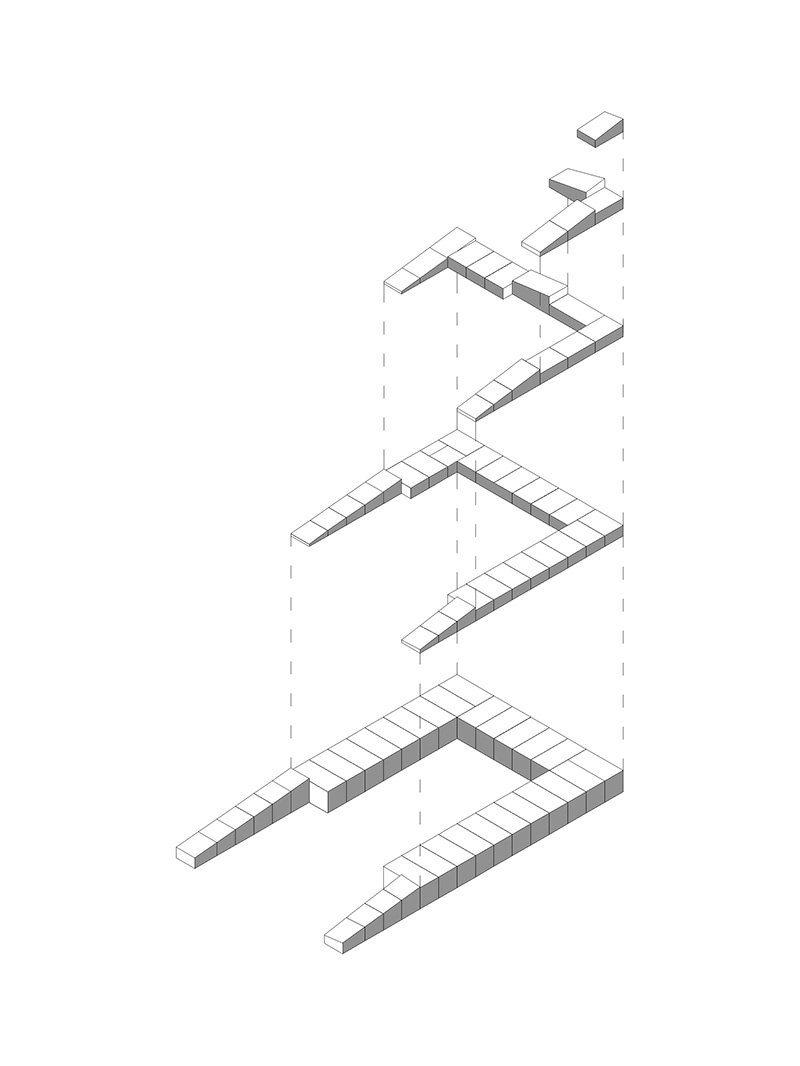 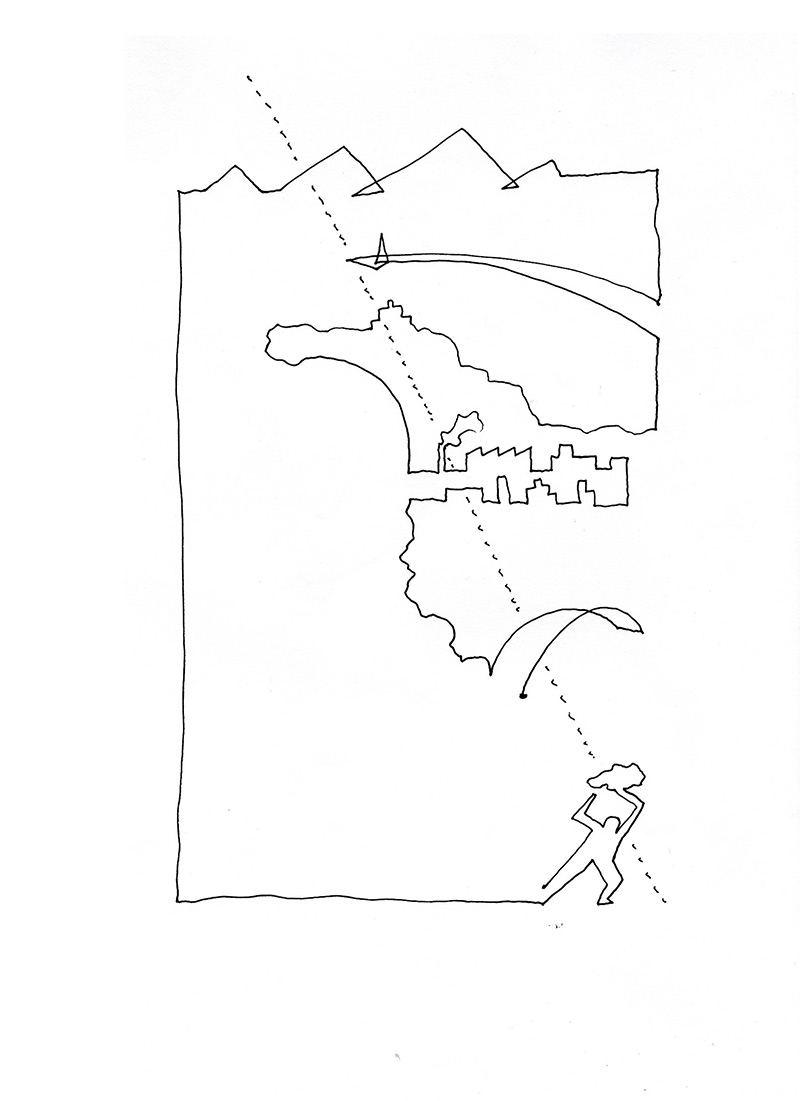