The project as well as the construction was, on behalf of HAMR, supervised by David Kubík. During the entire process we had to overcome many problems. Among these was the local land use documentation, the building permit, structural calculations of the whole, the overall deadlines and the availability of acacia timber. Furthermore, there were setbacks such as the removal of the bark, limits in bending of the individual boles and the consequent impact on the shape of the designed structure. In addition, there were the structural calculations in the joints, finding a way to join the rounded timber, fastening the construction to ground, finding an effective way of joining the timber on the ground, atypical scaffolding and the completion of the structure in the air with the help of four cranes. Last but not least, it was the adversity of the weather, which caused a several month long pause in construction as the site was not accessible.
However, the problems have been solved, the load bearing tests have been successful with better results than we had hoped and the first lookout tower in 70 years in Prague is now accessible to the public!

What makes this project one-of-a-kind?
HAMR has been experimenting with bole constructions for a few years now. The tower Doubravka is the outcome of this experimental process. It could be said, without exaggeration, that it is a technological as well as an expressive impulse for currently emerging architecture. The entire world is looking for a way to live in better harmony with nature, a way to reduce the carbon footprint and above all, a way to emerge out of a deep crisis which we are now going through. This structure is our response to many of the mentioned questions. 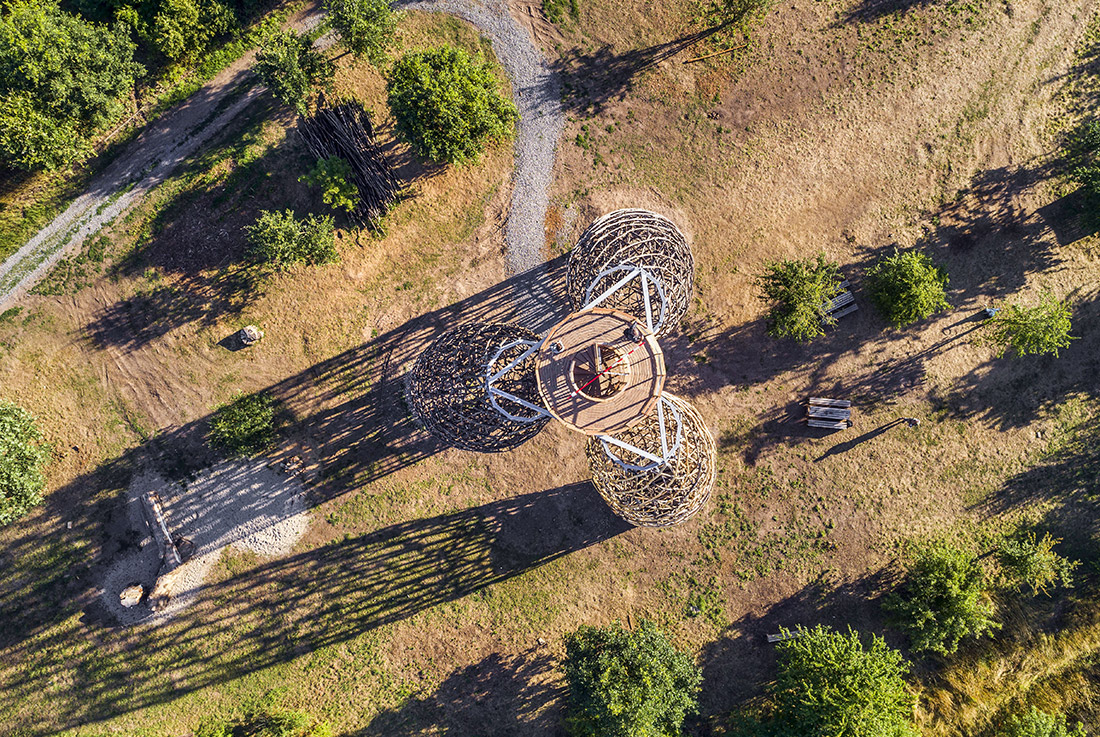 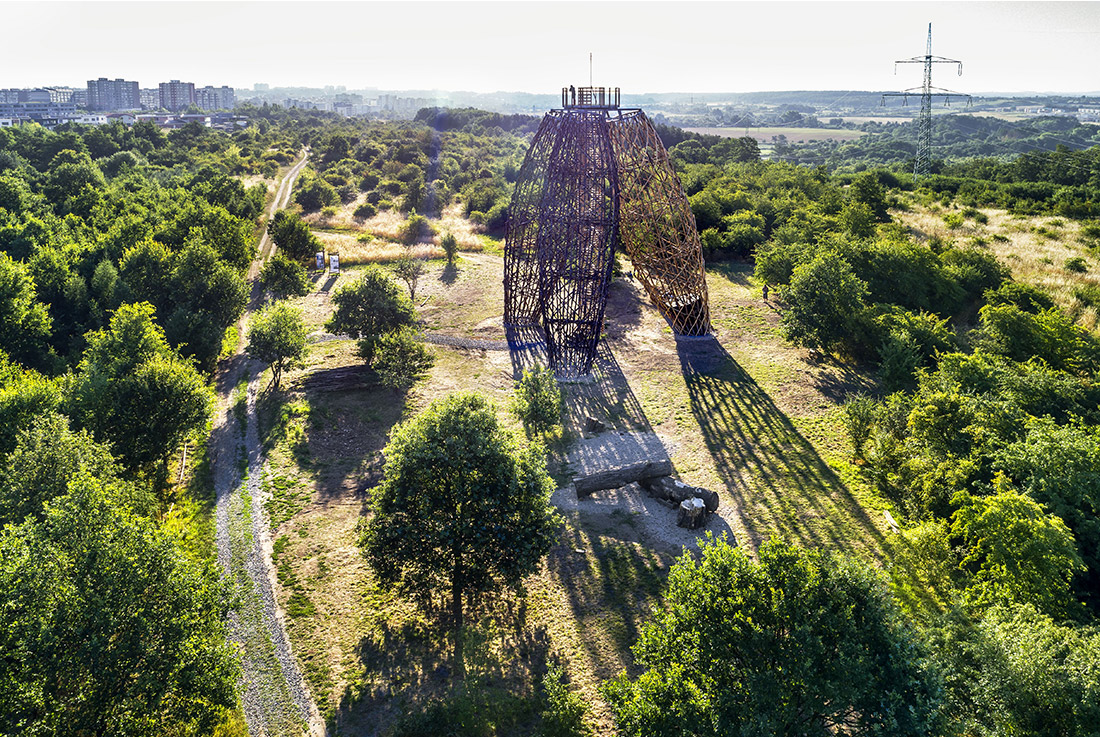 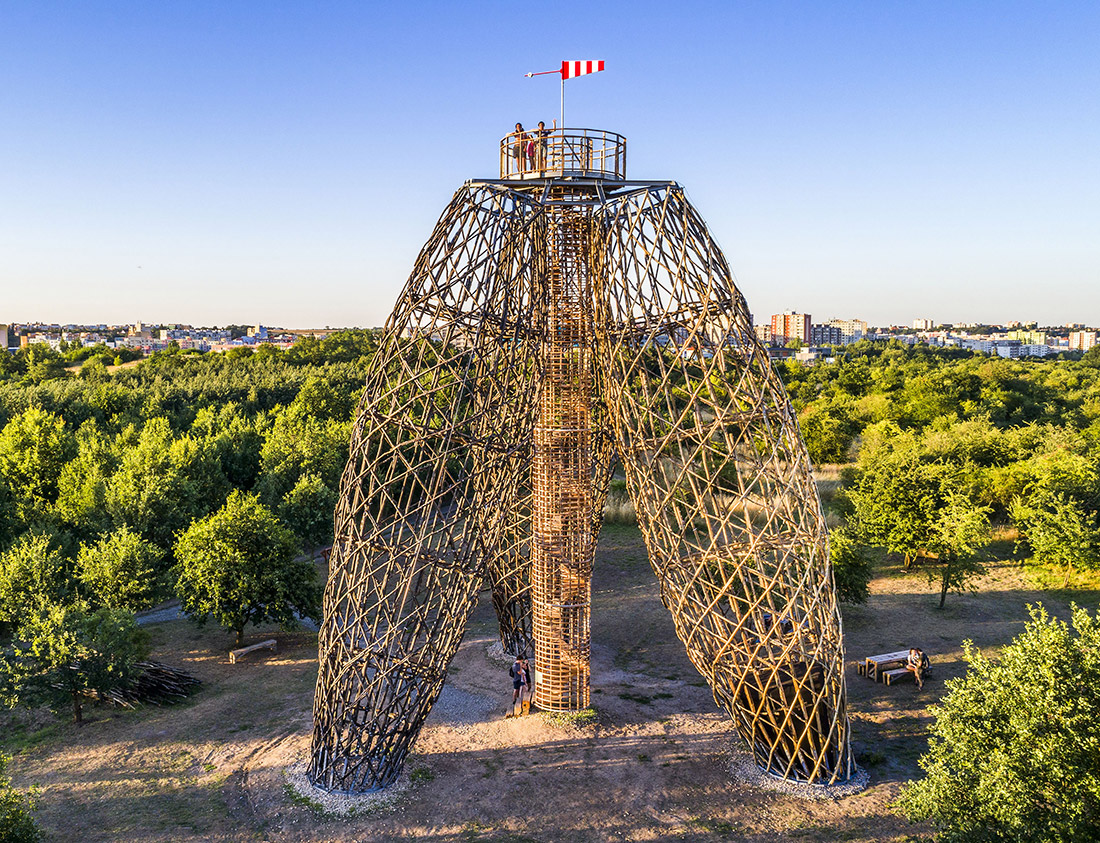 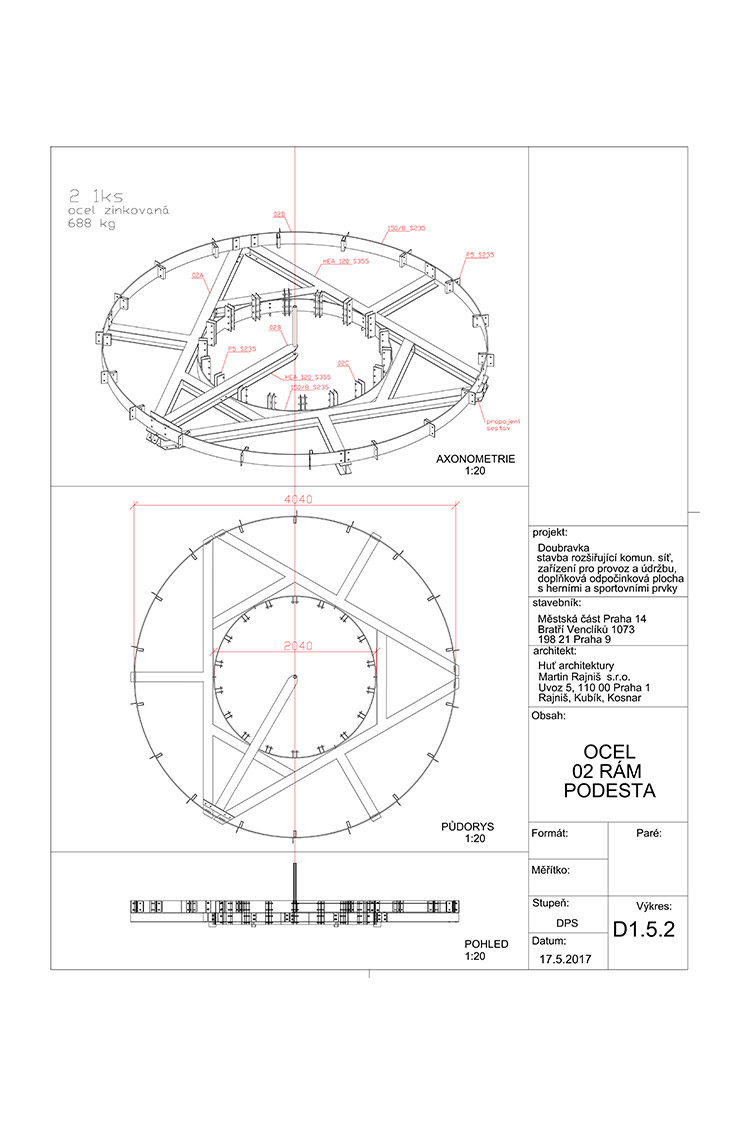 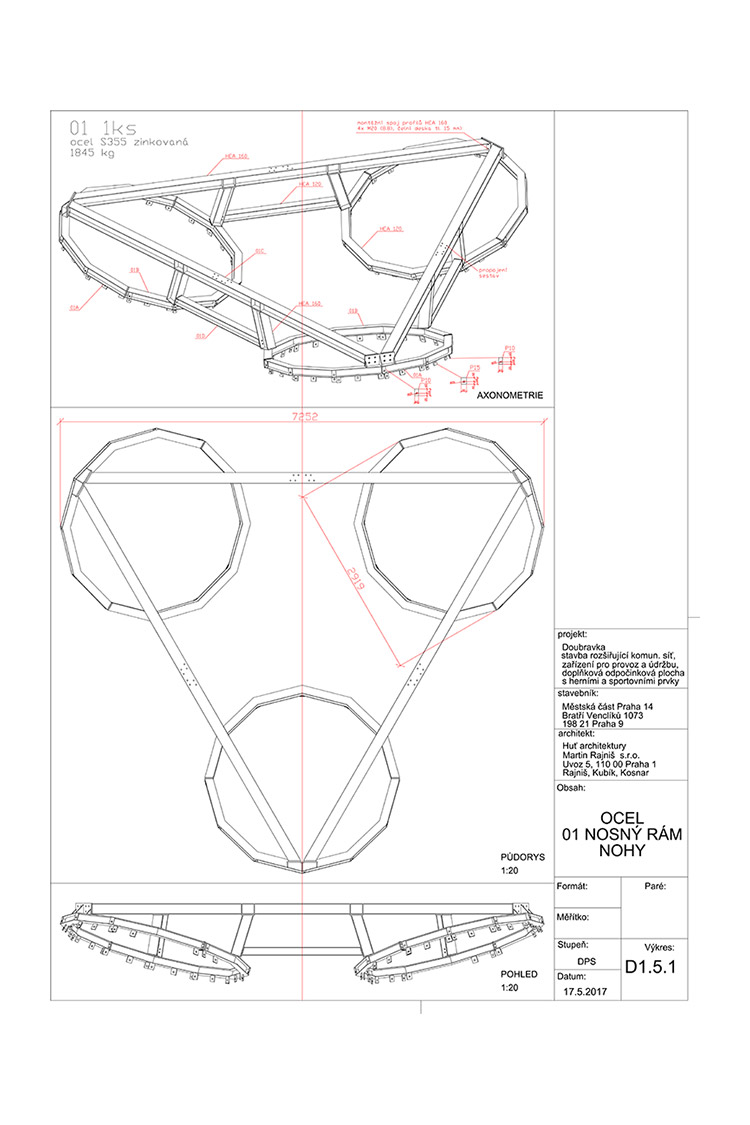 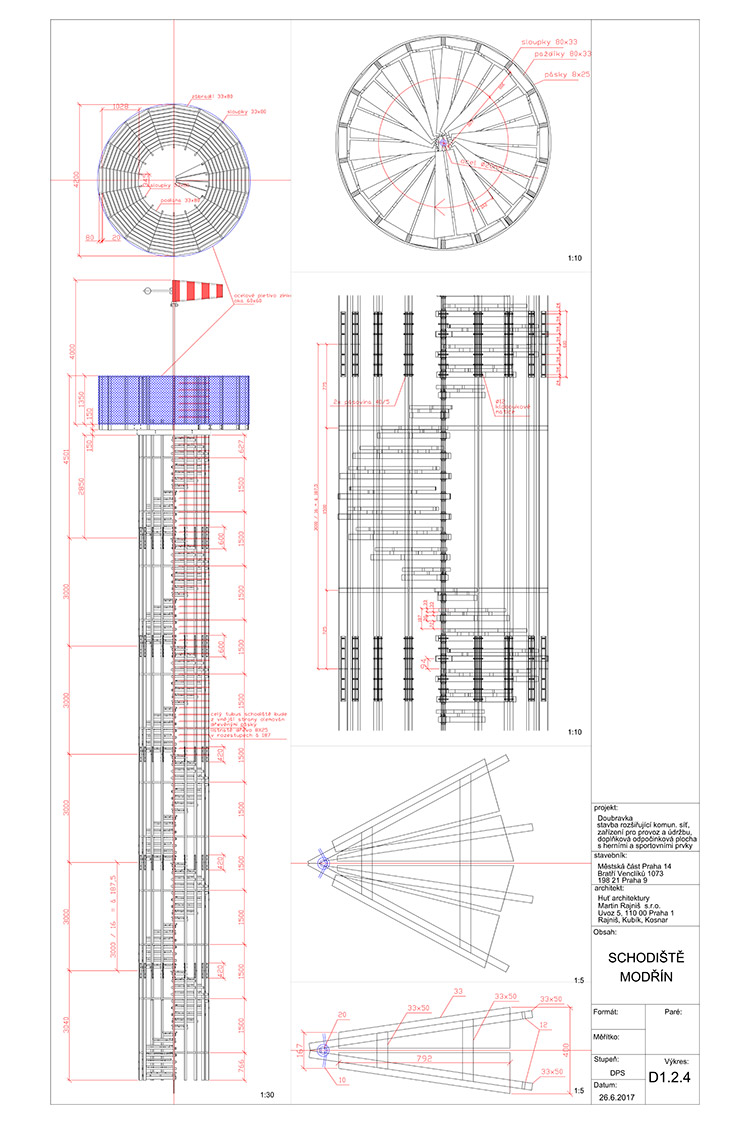 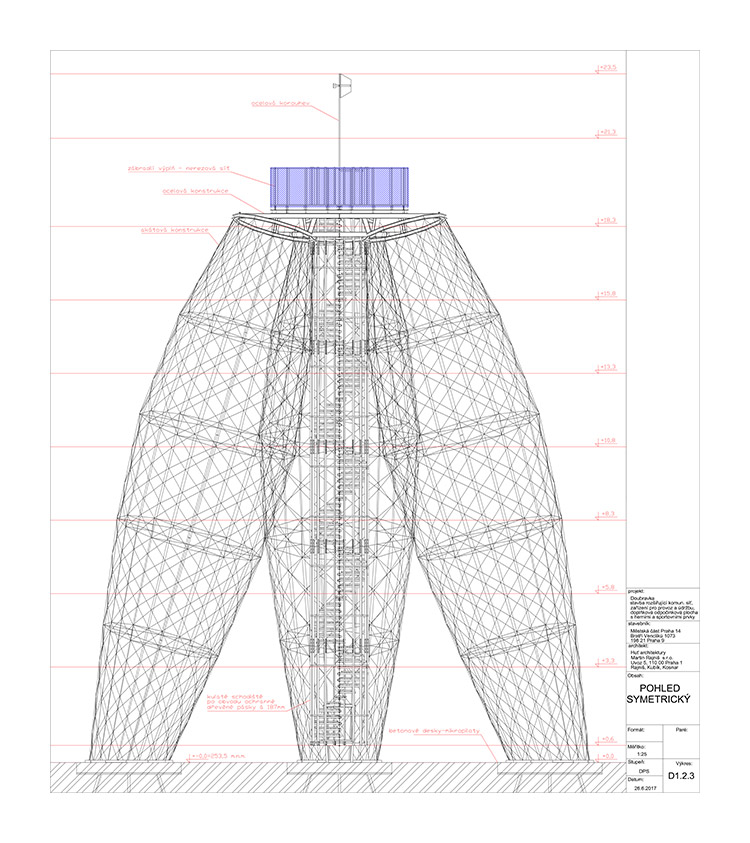 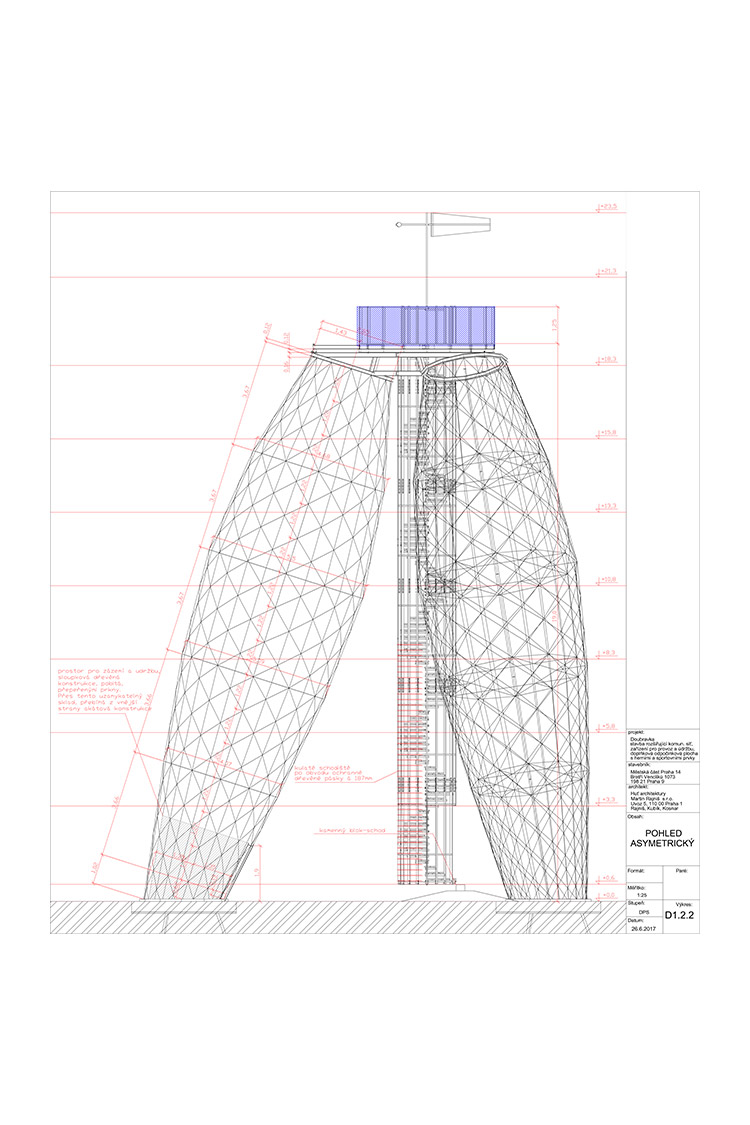 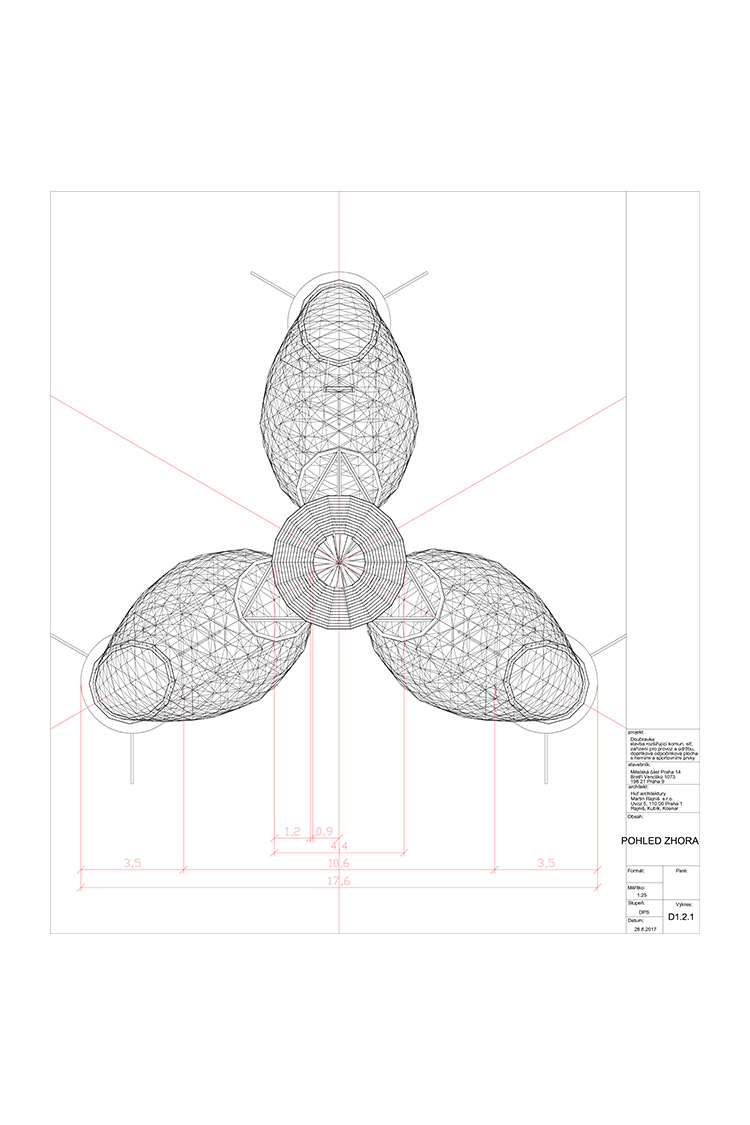 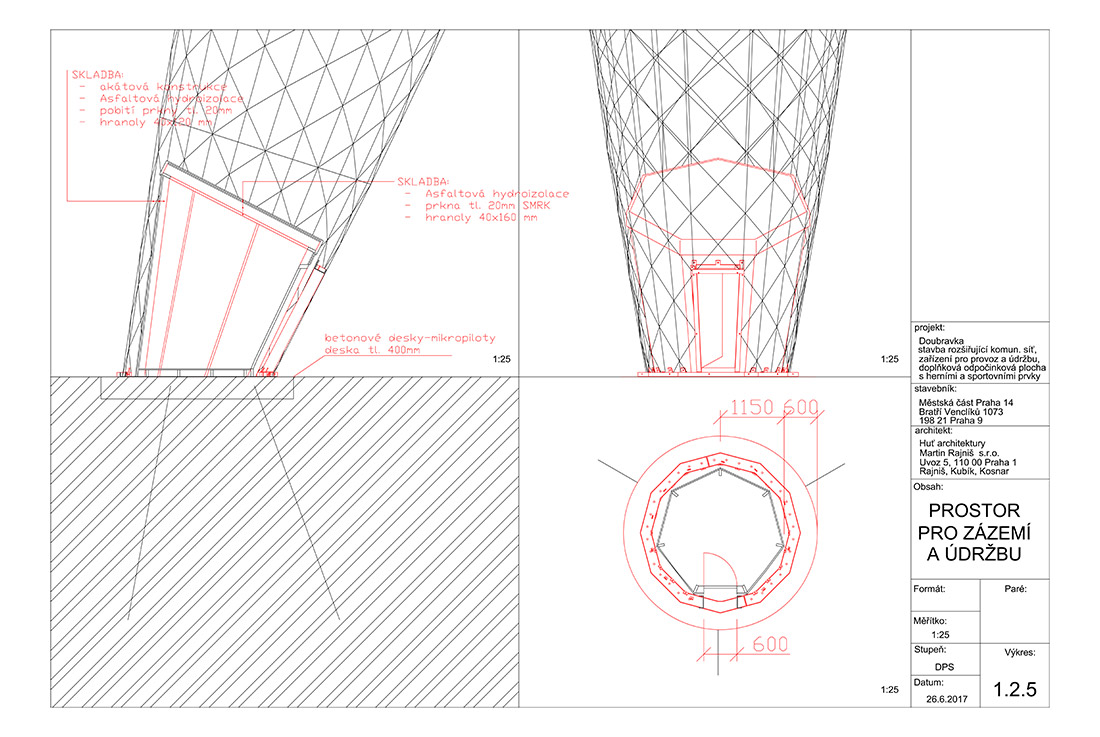