Renovation of the School of Architecture in Prague

Since the work of Josef Gočár, the second rector of the school, its building has not undergone a major renovation. It suffered from humidity in the basement, the plaster was falling off, the windows and doors were in a state of disrepair, the floors and plumbing elements survived, and the entrance staircase slided down. However, the building from 1922-1924 (by Jan Kotěra, a founder of the school) and 1928-1932 (Gočár) has been preserved in an authentic state with many original elements. The goal was to preserve the atmosphere of the building, refurbish the maximum number of elements, and deal with technical problems of the construction. Then, we tried to follow this intention, maintain the generosity of the original solution, and complement it with current elements. Due to the minimum time for the design and the actual reconstruction work, the renovation was divided into four stages: joinery; facade and plumbing work; the other (networks, dehumidification); water supply connection.
We managed to return to the building the prime though unpreserved flagpole by Josef
Gočár and remove the symmetrical modern poles from the entrance façade. And as an important trifle of the entire renewal a round blind plug, which Emil Přikryl once used to cover the hole at the front door, was refurbished and returned to its place.

What makes this project one-of-a-kind?
To pursue the generosity and authenticity of the original solution without harming anything that was preserved and complement it with current elements 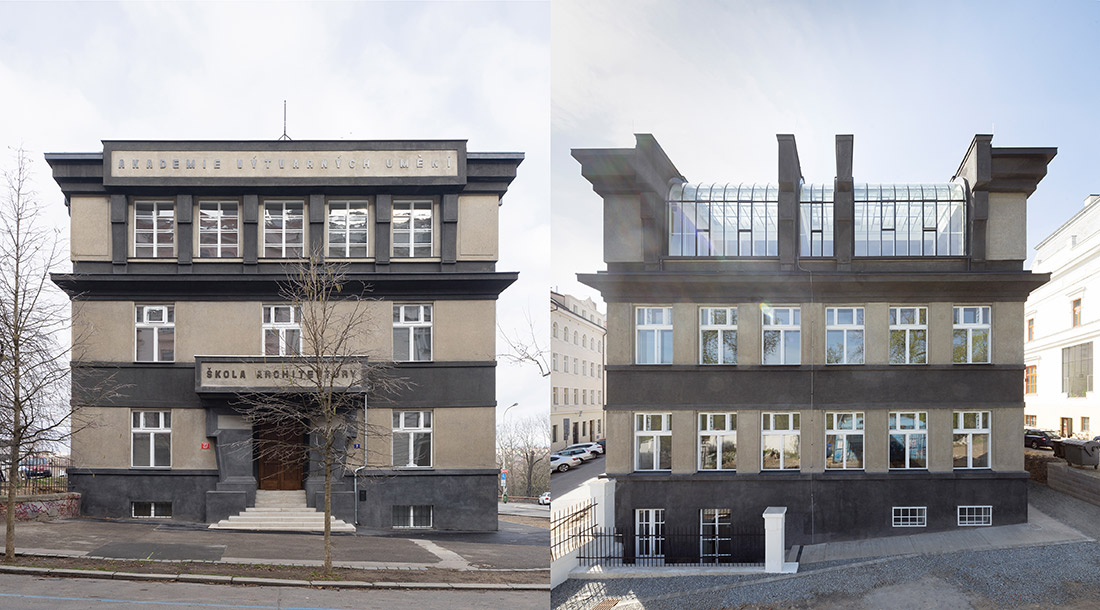 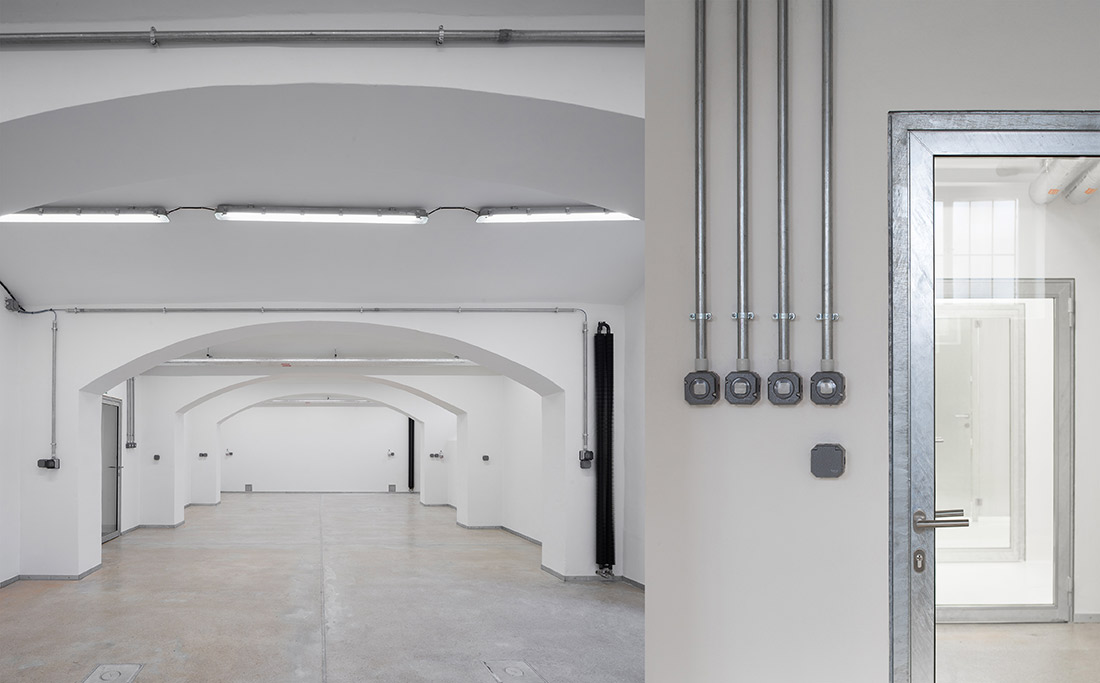 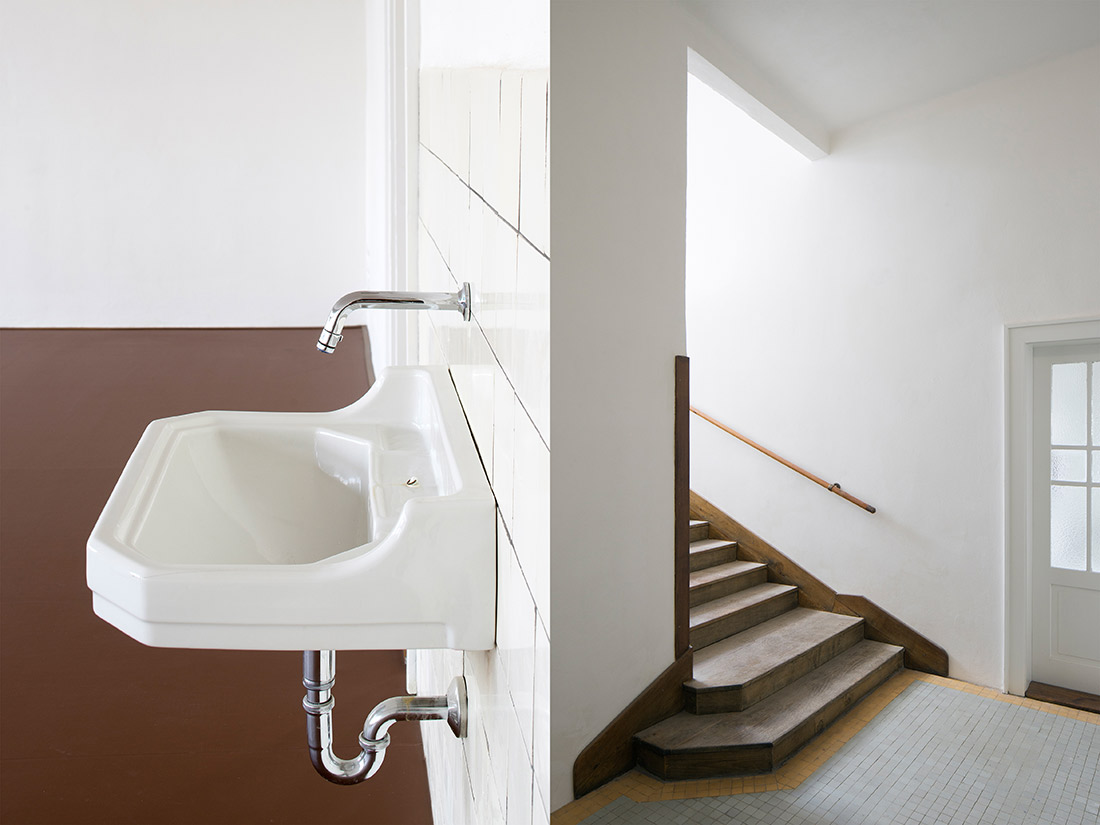 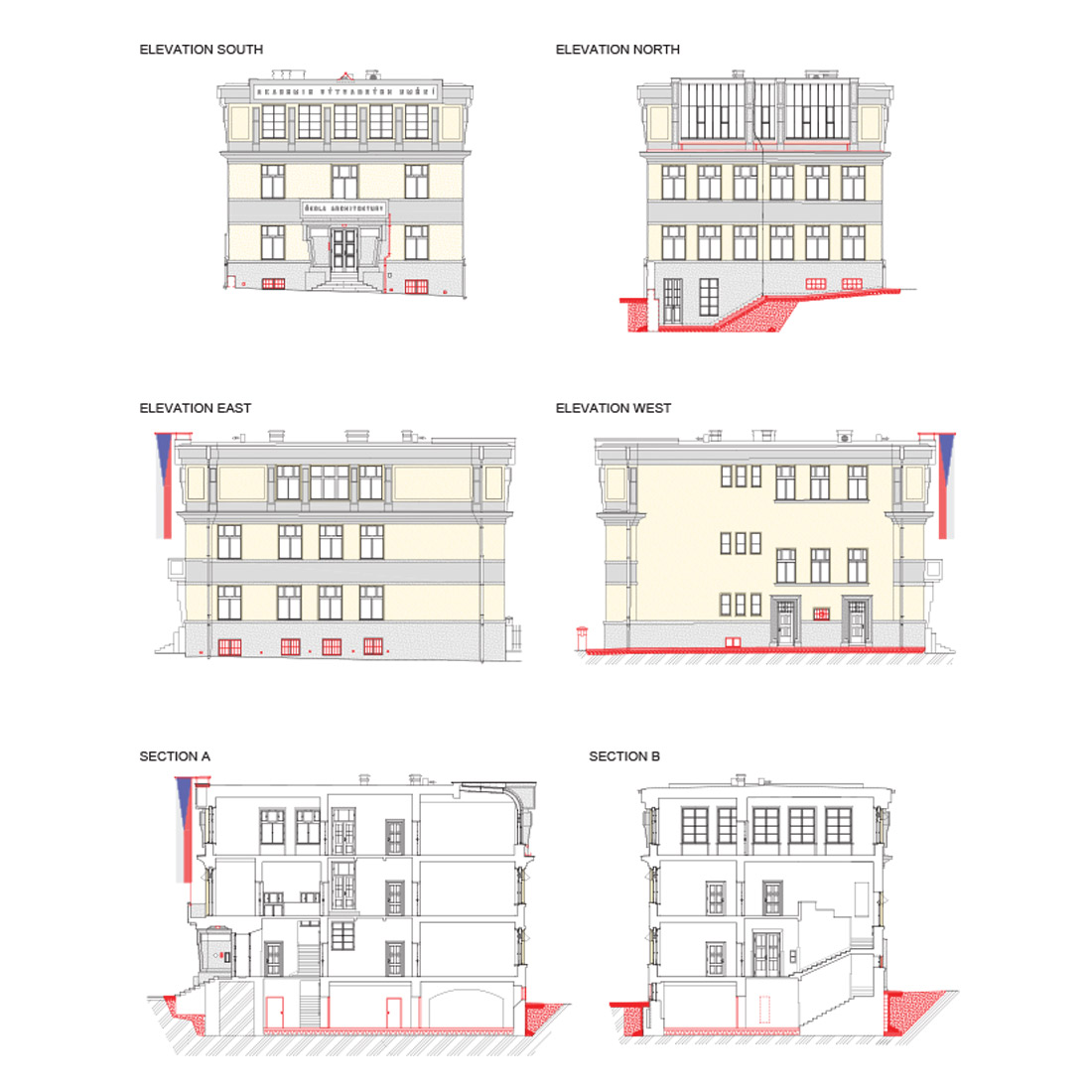 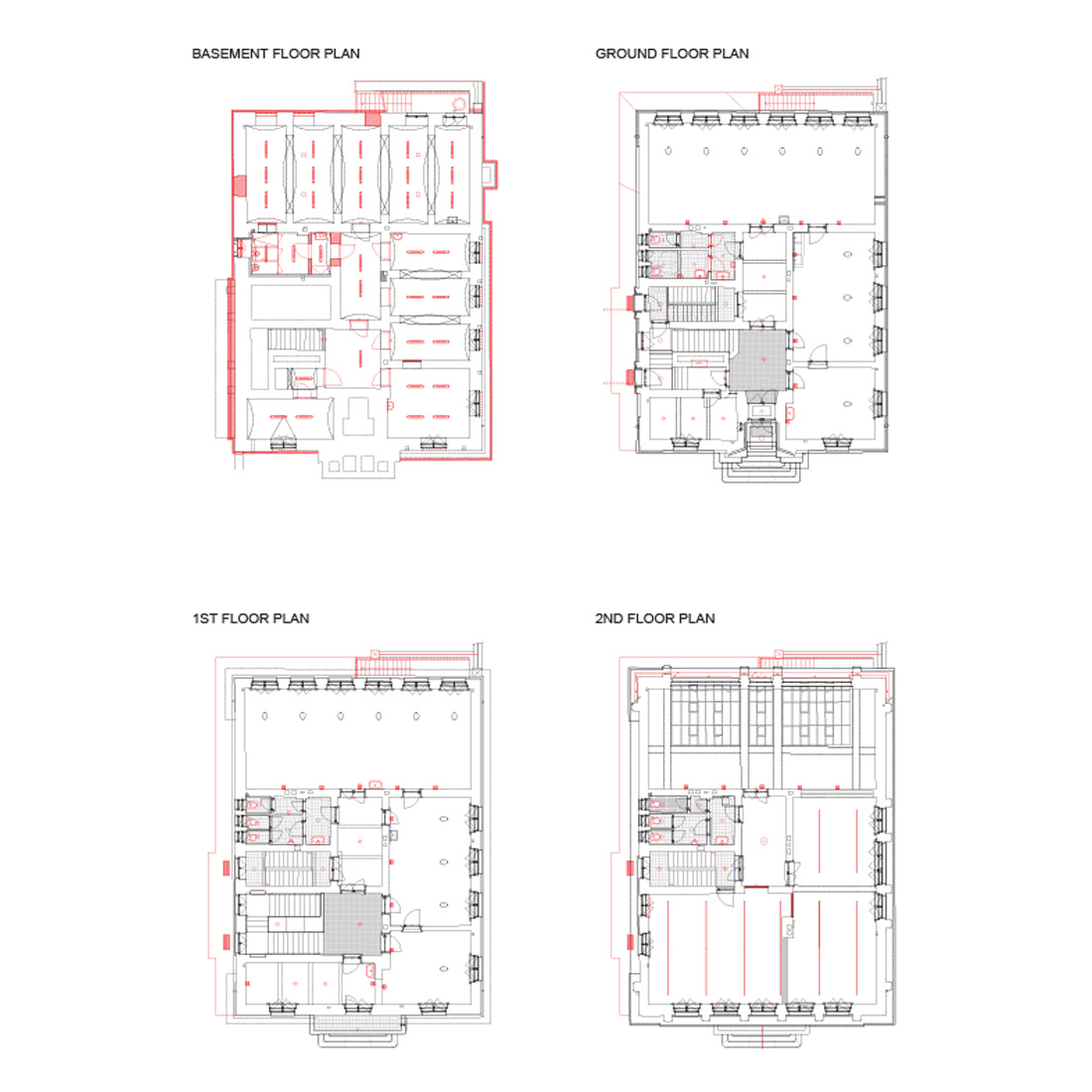