The interior was designed with an emphasis on honesty and veracity of materials, no laminate or copies of wood. During the construction, there was found the brick composition of the walls, which we decided to reveal in all its beauty without hesitation. The bar counter is lined with galvanized corrugated iron. Benches, tables and tiles are made of plywood for its durability and characteristic look. The semi-enclosed box at the back was supposed to have a slightly different atmosphere than the rest of the space, so it could serve for a little more special occasions. We stained the upper half of the tiling in pink color, which created an unusual light effect and perception of space.
Black, white, brick, galvanized metal, plywood. The interior is uncompromising, like an espresso without milk. This is Cafe Smoo.

I was in the coffee shop for about half a year since the opening and I was given the fantastic friendly atmosphere, which was a very pleasant and satisfying finding, because what we wanted to avoid from the beginning was a sterile cold cafe where the visitor would be afraid to sit. 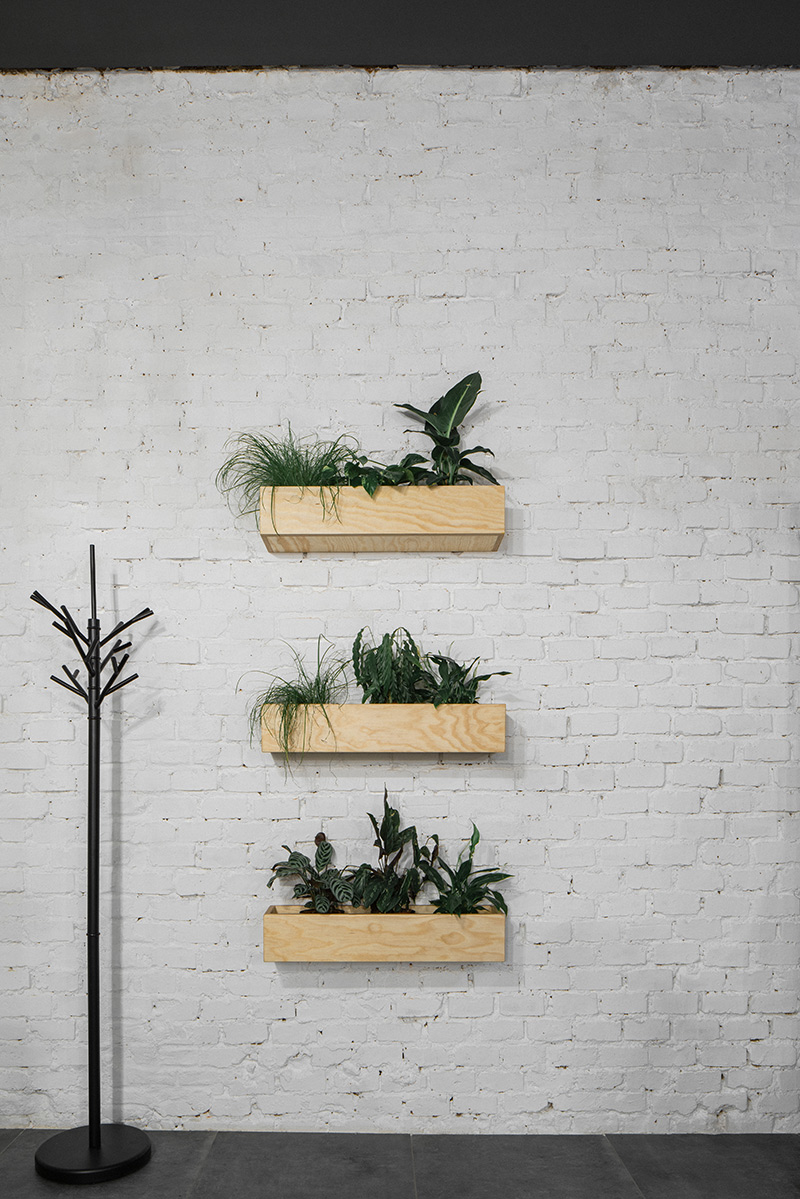 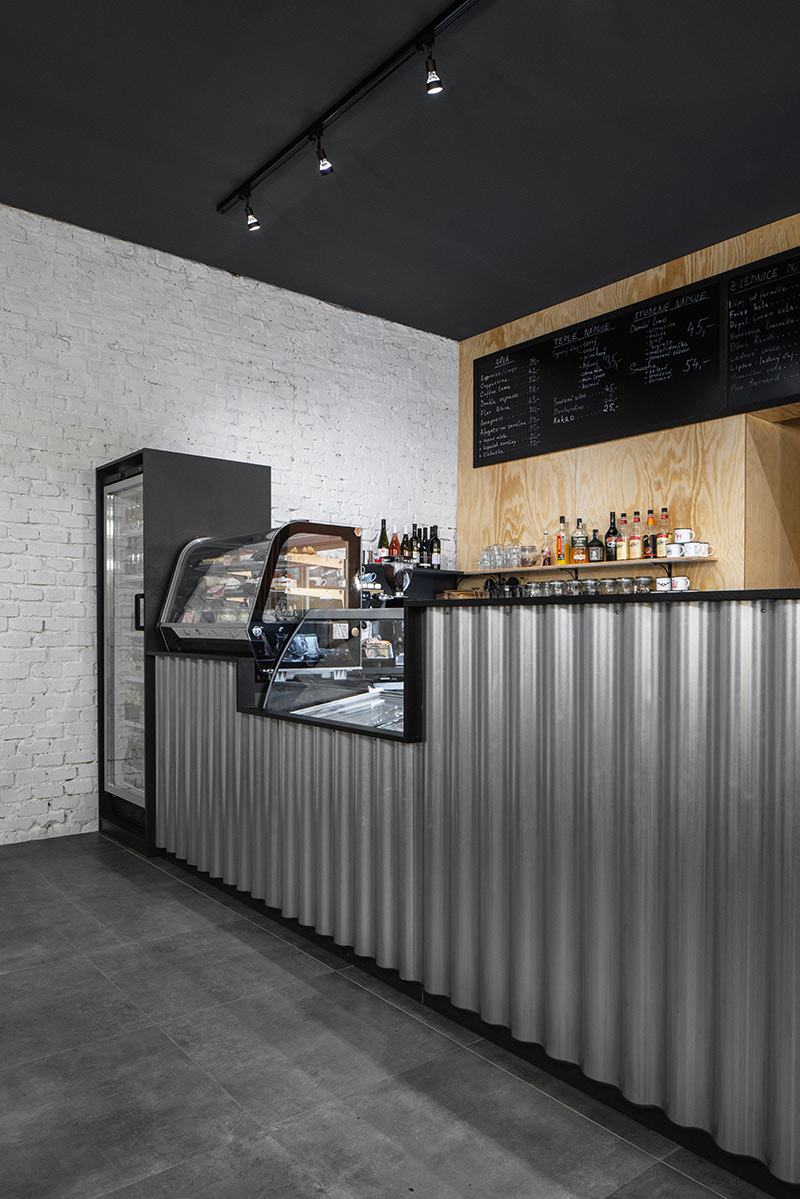 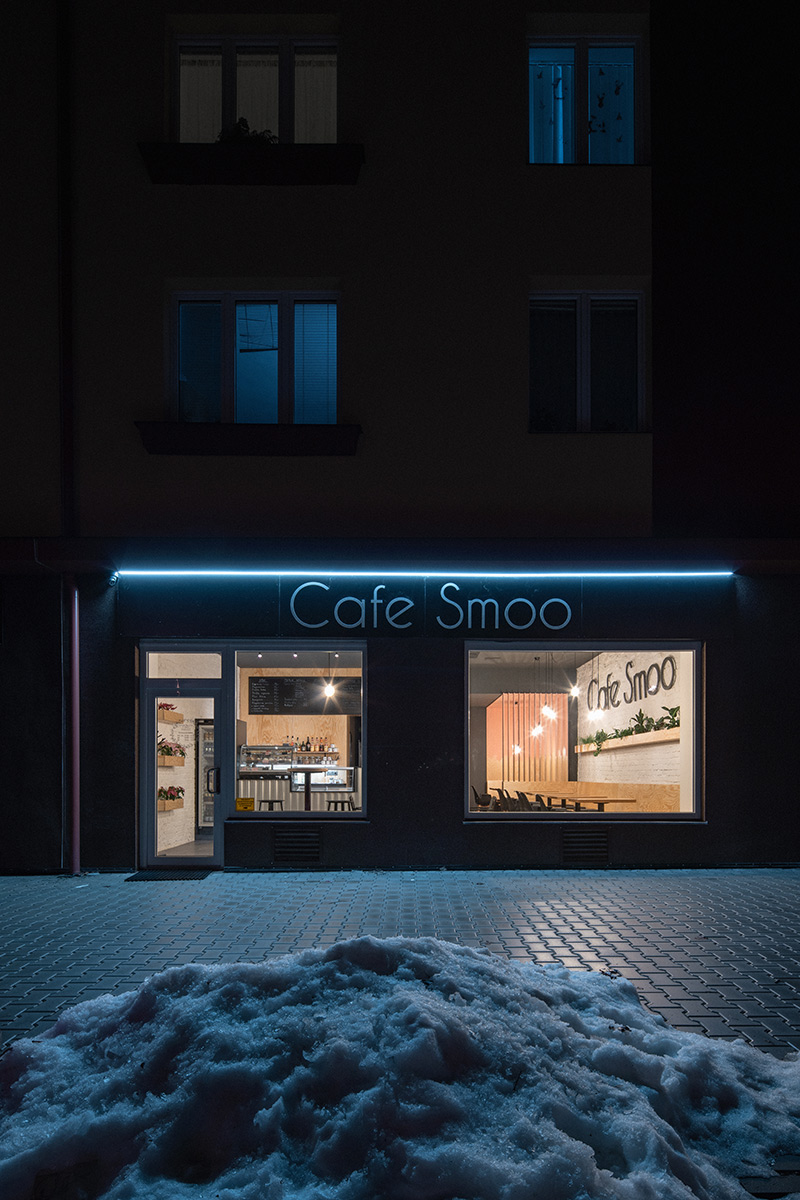 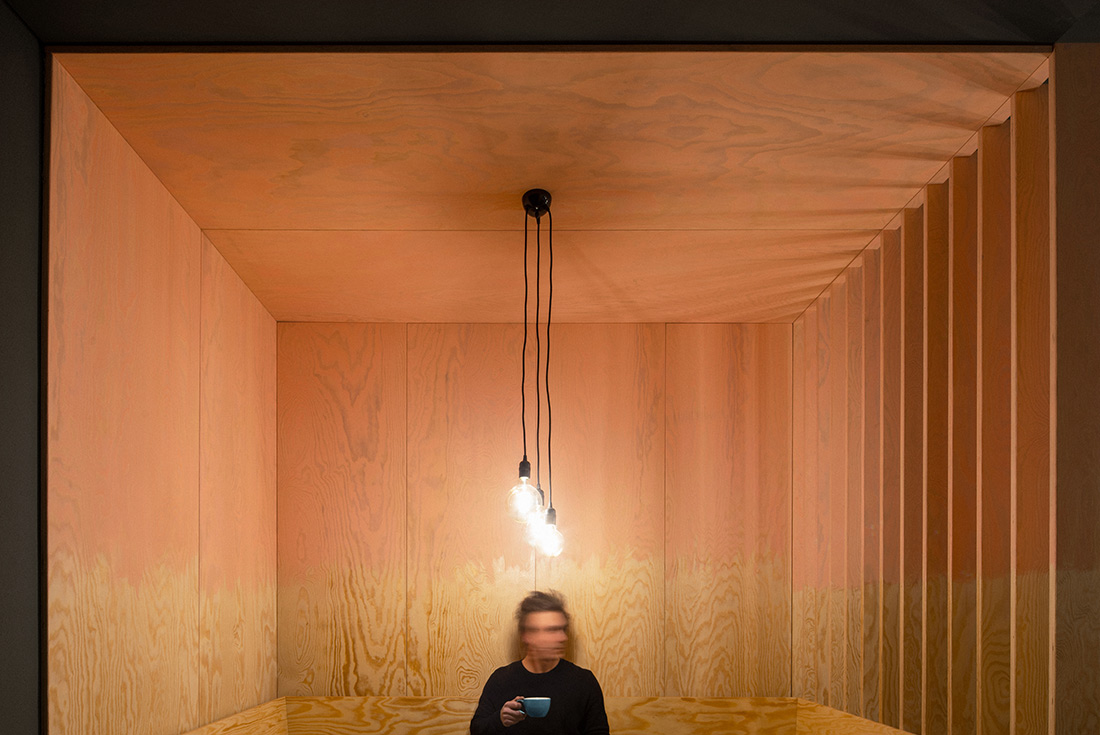 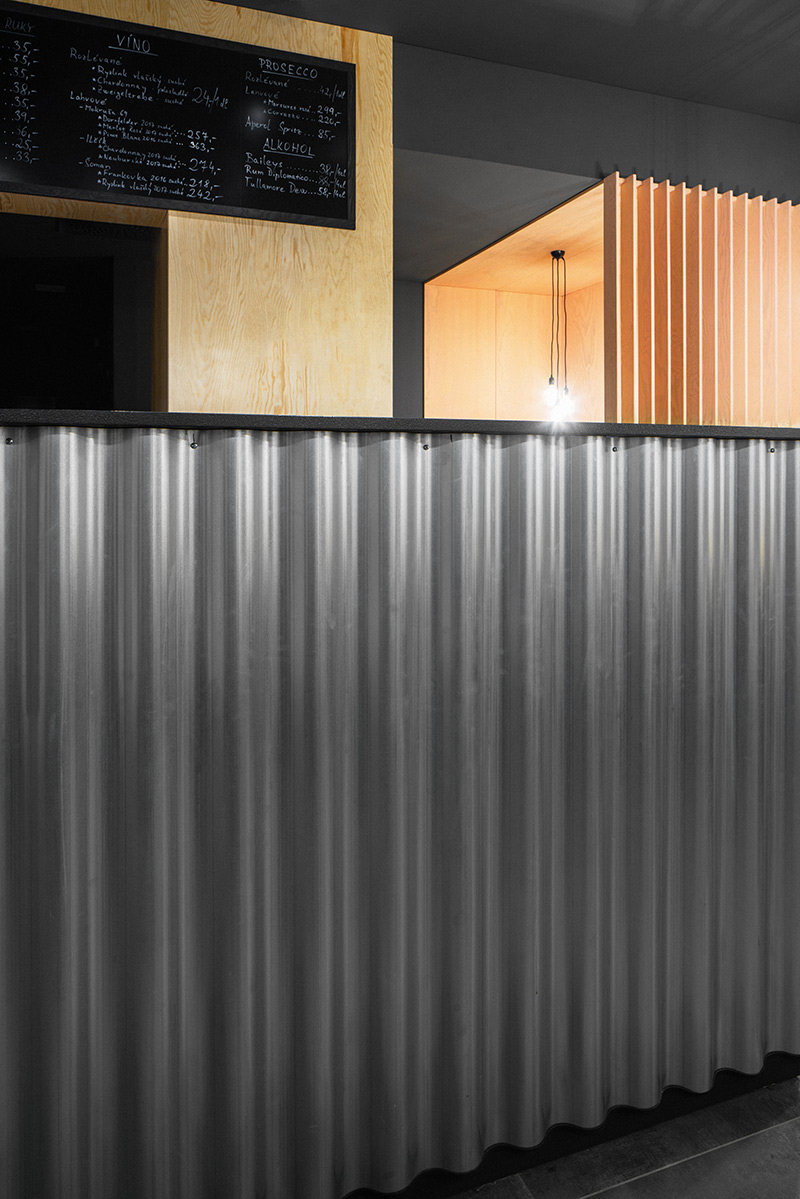