The objective of the project is to maximise the spatial synergies both between the local area and the campus and within the campus itself. This will allow the new educational campus to position itself as a laboratory and a testing station for new educational practices – in a similar way to a kaleidoscope.
The building is organised into a base-like ground floor containing all the general spaces, the four two-storey, atrium learning clusters of the kindergarten and primary school, which occupy the first and second floors, and the two horizontally laid out learning clusters of the new middle school, which are located on the third floor.
In morphological terms, the building undergoes a pyramid-like reduction from the rectangular ground floor to the strongly articulated volume at the fourth level. This results in a total of around 2,000 m2 of generous, interconnected terraces at all upper levels, some of which contain islands of rich greenery that effectively expand the garden in a third dimension.
The building can be seen as a symbiosis of a range of typologies: a hybrid of a terraced, slab, bridge and hall structure. This is the first completed school project of this scale that has consciously replaced the orthogonal organisation of the classrooms with a radial, windmill- like configuration that enhances the relationship of the spaces with each other and with the urban context.
All the classrooms are organised diagonally while each of the star-shaped learning clusters is illuminated by daylight from every direction. The articulation of the volume, the position of the “jumping” windows and the design of the playhouses in the kindergarten group rooms and the fitted furniture in the classrooms ensure that the building complex, with its alternating horizontal and vertical larchwood slatted façade, is a lively home from home for the pupils and pedagogues.

This is the first completed school project of this scale that has con-sciously replaced the orthogonal organisation of the classrooms with a radial, windmill- like configuration that enhances the relation-ship of the spaces with each other and with the urban context. 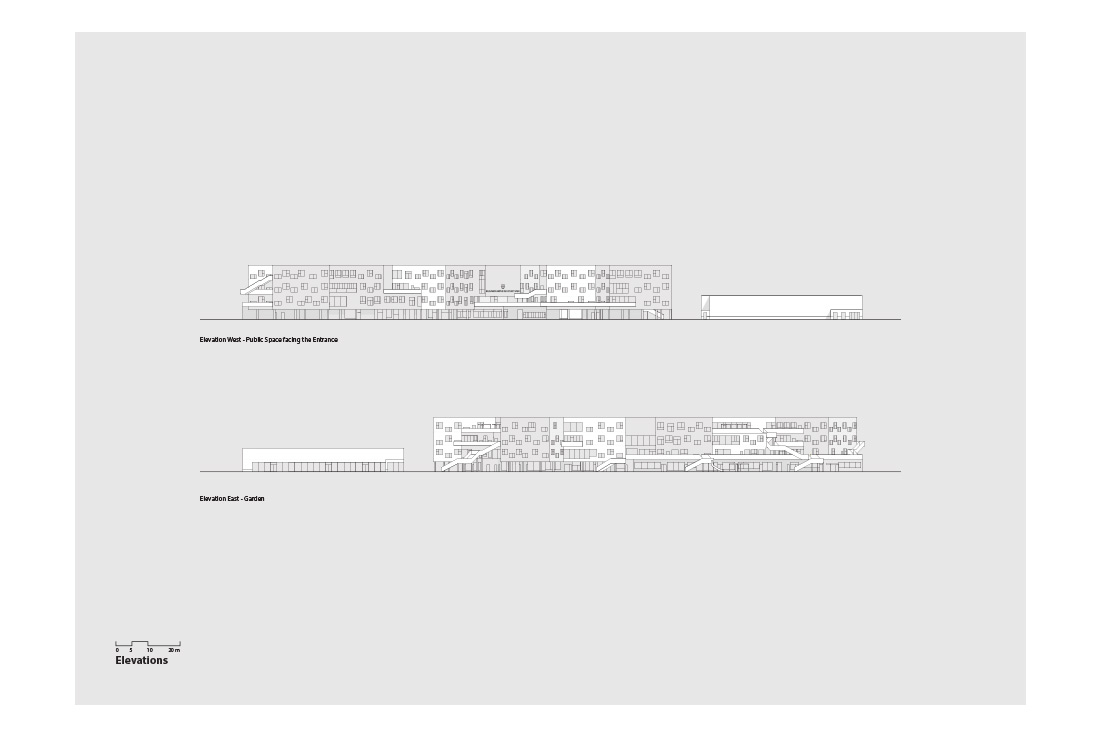 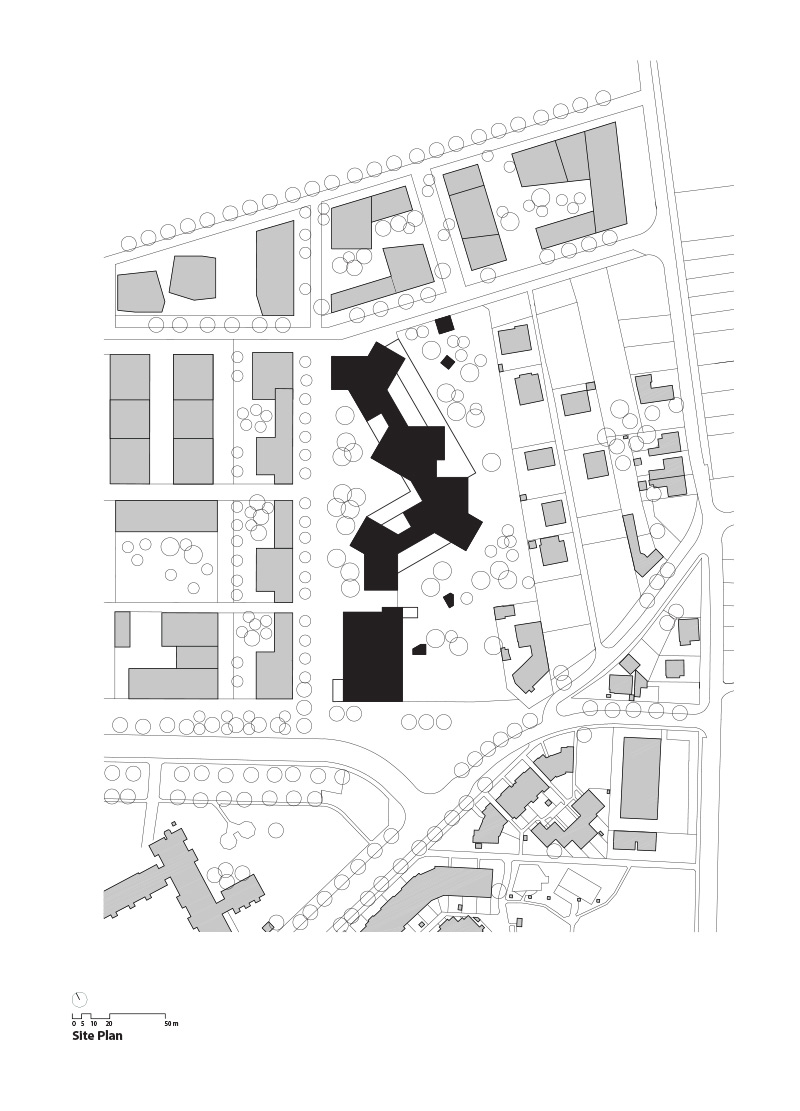 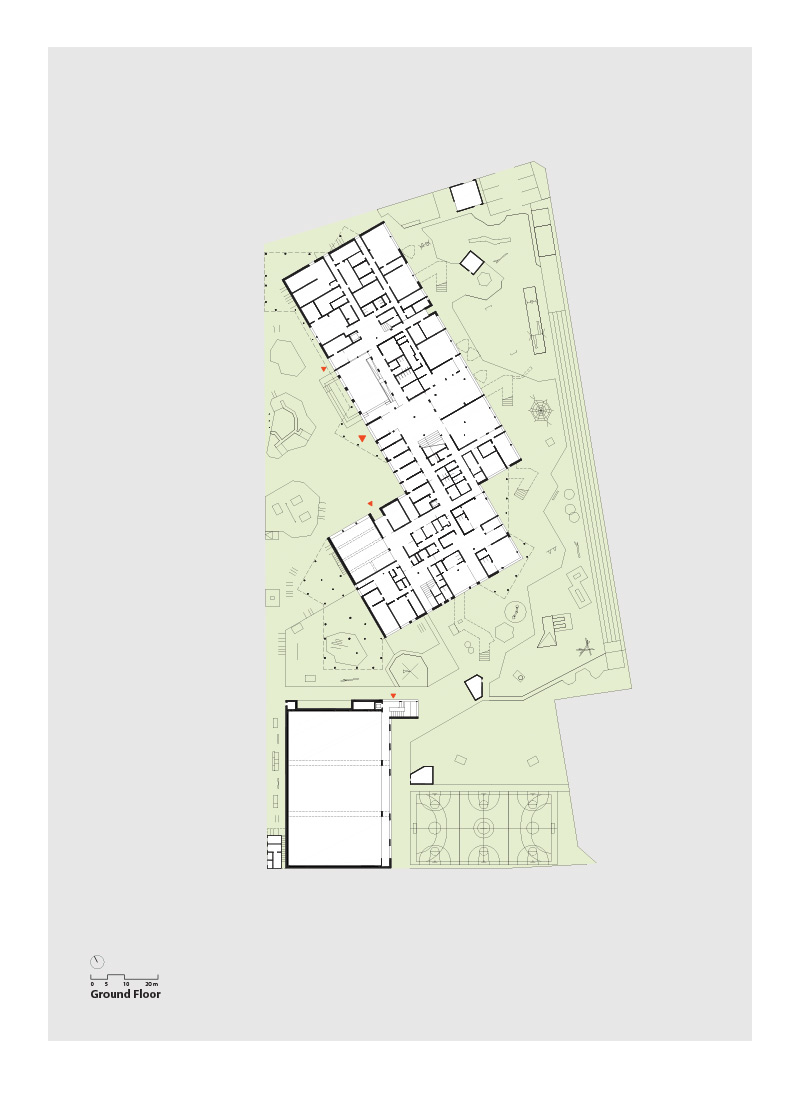 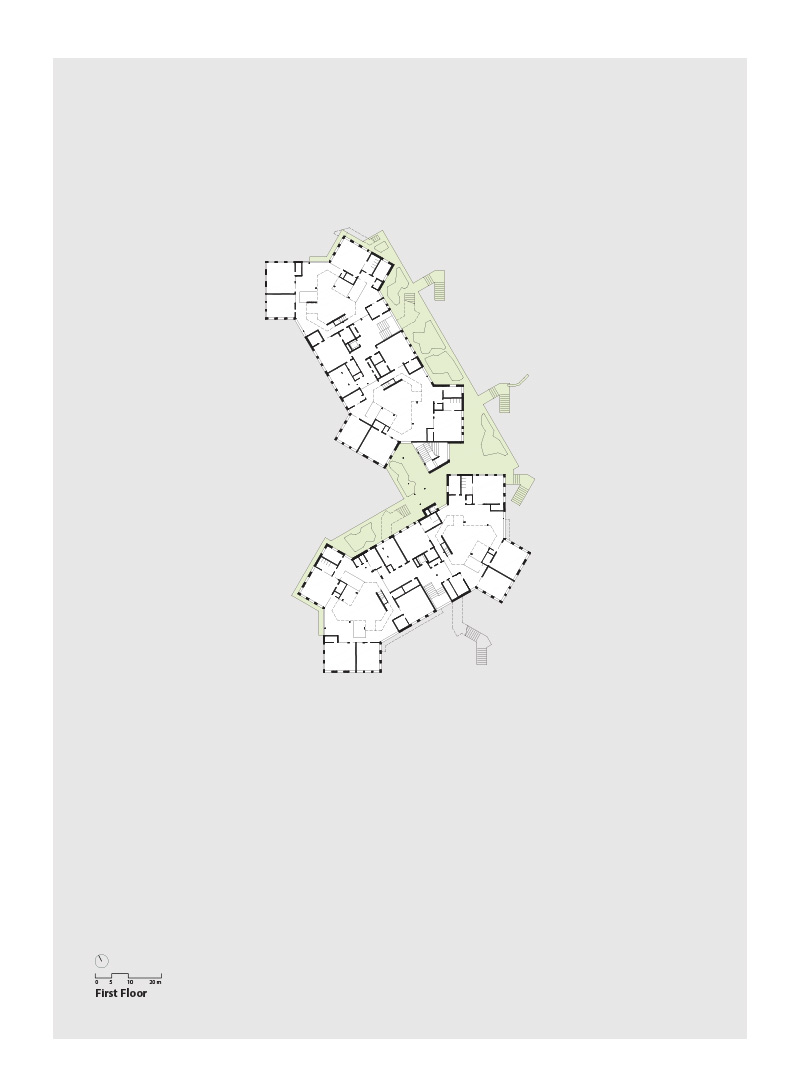 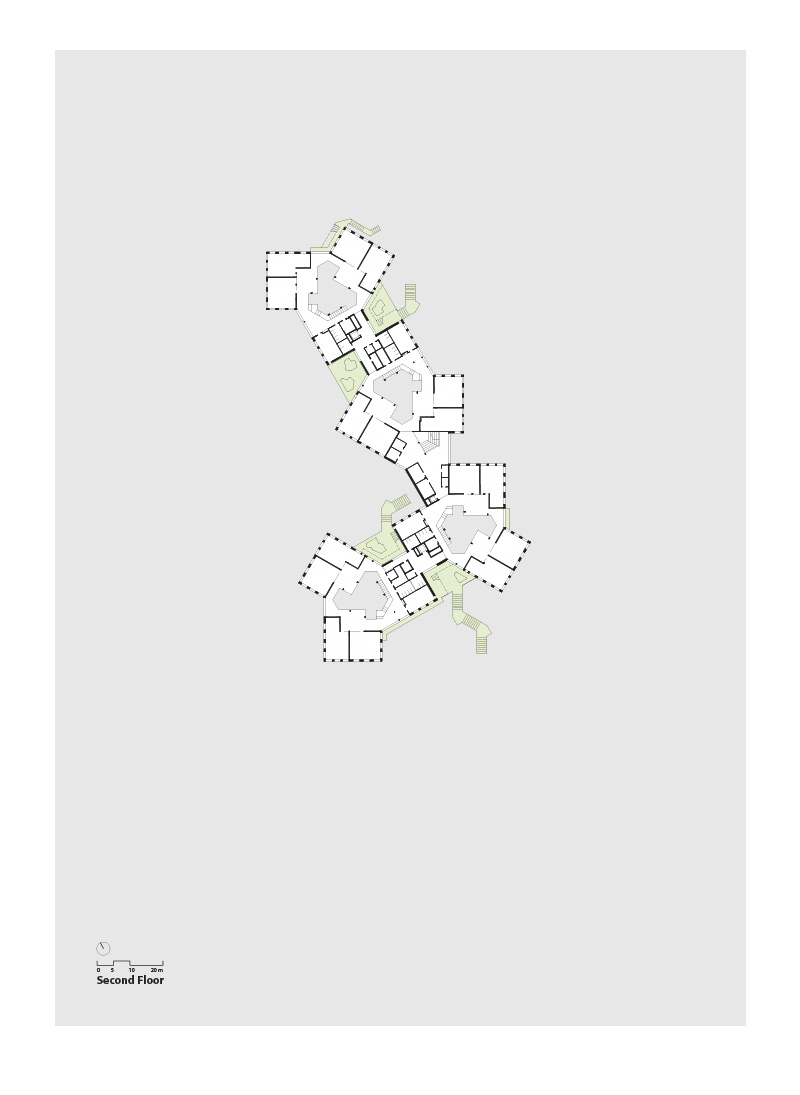 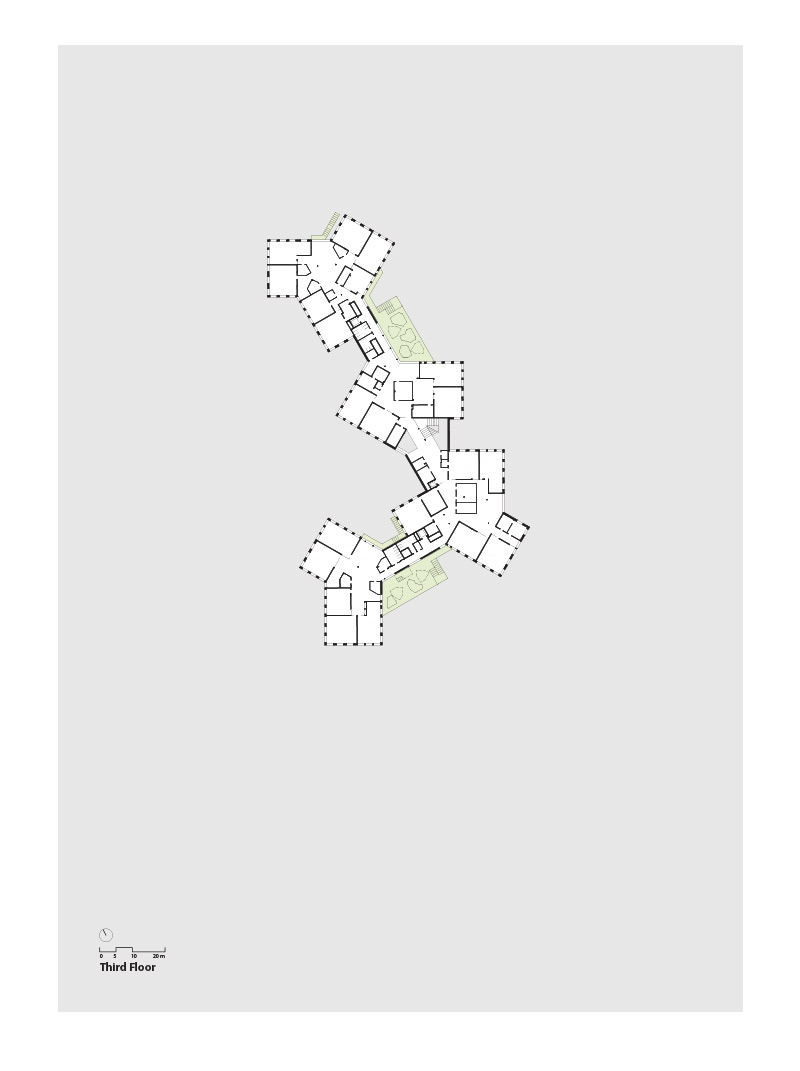 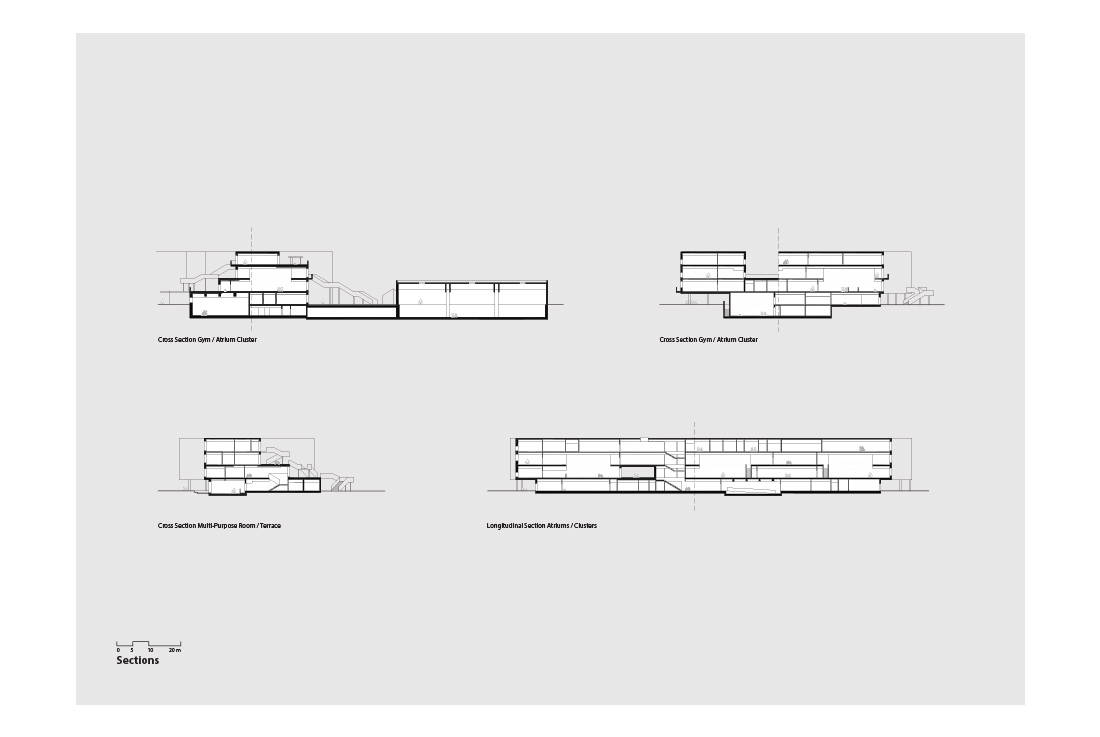