Moving out from your old place to a new spacious one does not necessarily mean erasing all the memories you had from it, nor disconnecting from the past, where you start a new chapter with a new apartment, new furniture, better materials, and so on…
Our approach to this new apartment was quite different. The challenge on how to make the transition from the old house to the new apartment, as naturally as possible, as a process of evolution or development. In our idea, the new space should carry the history of living, which has developed in the previous space, parts of memory which are stratified, and only people, objects, plants, or materials which have witnessed in that space can transmit the history in the new apartment, whether they are happy or sad.
The apartment project started with the mergers of the two existing apartments creating one single space. One of the first interventions was the reorganization of the interior spaces according to the client’s needs. The apartment is developed on two levels which are connected by an internal staircase. On the first floor, we created a continuous and open space, in which we removed almost all the existing walls including those of the staircase, which is a strong and important element for us because in our concept it will not be treated only as a vertical connection or transitional space but also as a more social and usable space. This floor is mainly developed by the living room and the kitchen, the only walls at this level are those which outline the space of the guest room and the toilet. On the upper level, there are also two bedrooms and two toilets for the family.
The interior design approach should carry the aforementioned elements, so there should be a strong emotional connection between the old and the new, a simple functional space but also with a sense of comfort and coziness. We proposed to create an element, in this case, a metal structure, which crosses the whole apartment as an orienting or organizing element of the space, a structure which is composed of a regular grid, which at certain moments loses its regularity to adapt in different home environments and creating a variety of small spaces inside it. This structure contains within the weight of memories such as objects, greenery, books, different parts of history which were previously located in the old apartment. This structure should behave like an interactive element, where at different moments as needed can also adapt and change shape, so it is a perpetual element and not just to be seen but also you can enter physically and mentally inside.
The main material used is the wood element, which gives a pretty warm feeling to the interior space, along with the white walls which serve as a perfect background for reading the structures along with the elements and memories it carries. These elements often create several filters inside the apartment with the penetration of the natural light. Although the apartment has a north-east orientation, the large opening of windows throughout the entire apartment allows having a lot of natural light and consequently helps the plants to grow inside the apartment. Greenery, a very important element for the client, accompanies the apartment in almost every space, together with the structure they create. An ideal and complementary combination with each other that gives the idea of an indoor garden that starts on the first floor and continues on the upper floor, creating a much stronger connection between the two spaces. Like the traditional residential typology of the region, which tends to have a close relation between the outer courtyard and the inside of the building, the proposed concept is inspired by contextual elements through its desire to blur the boundary between the inside and outside space. 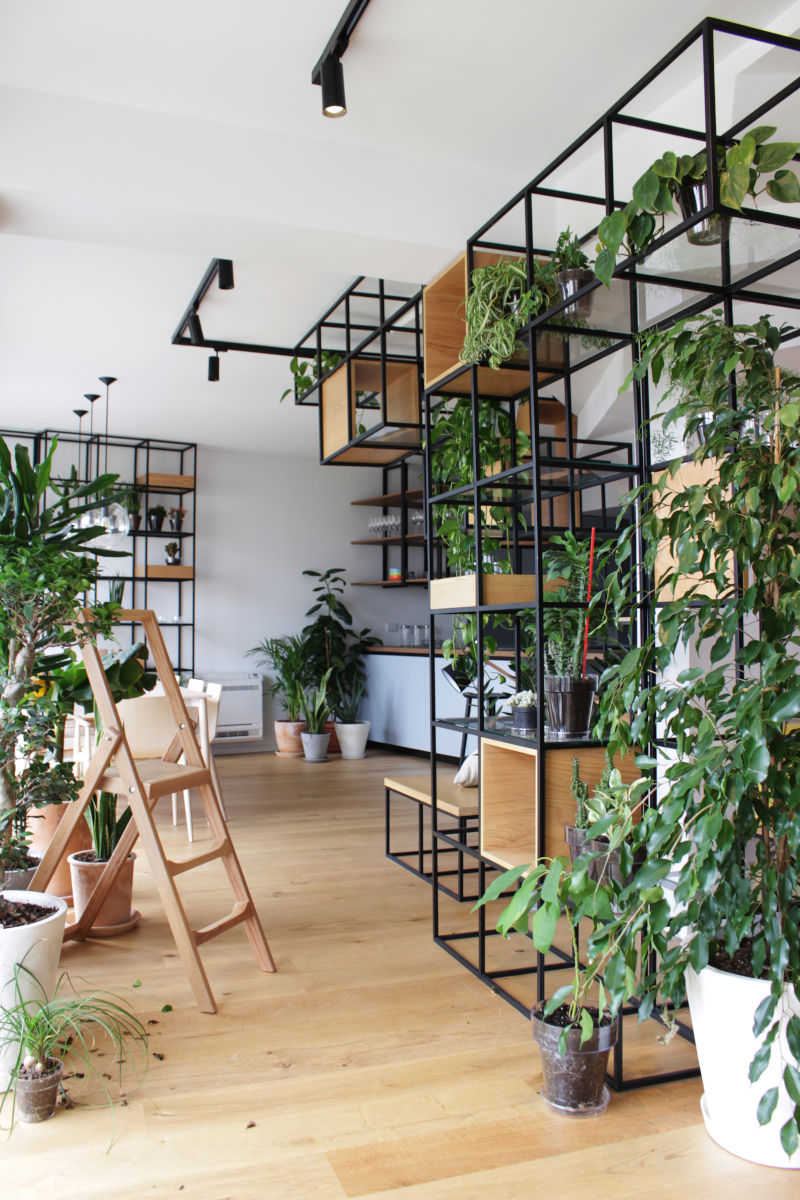 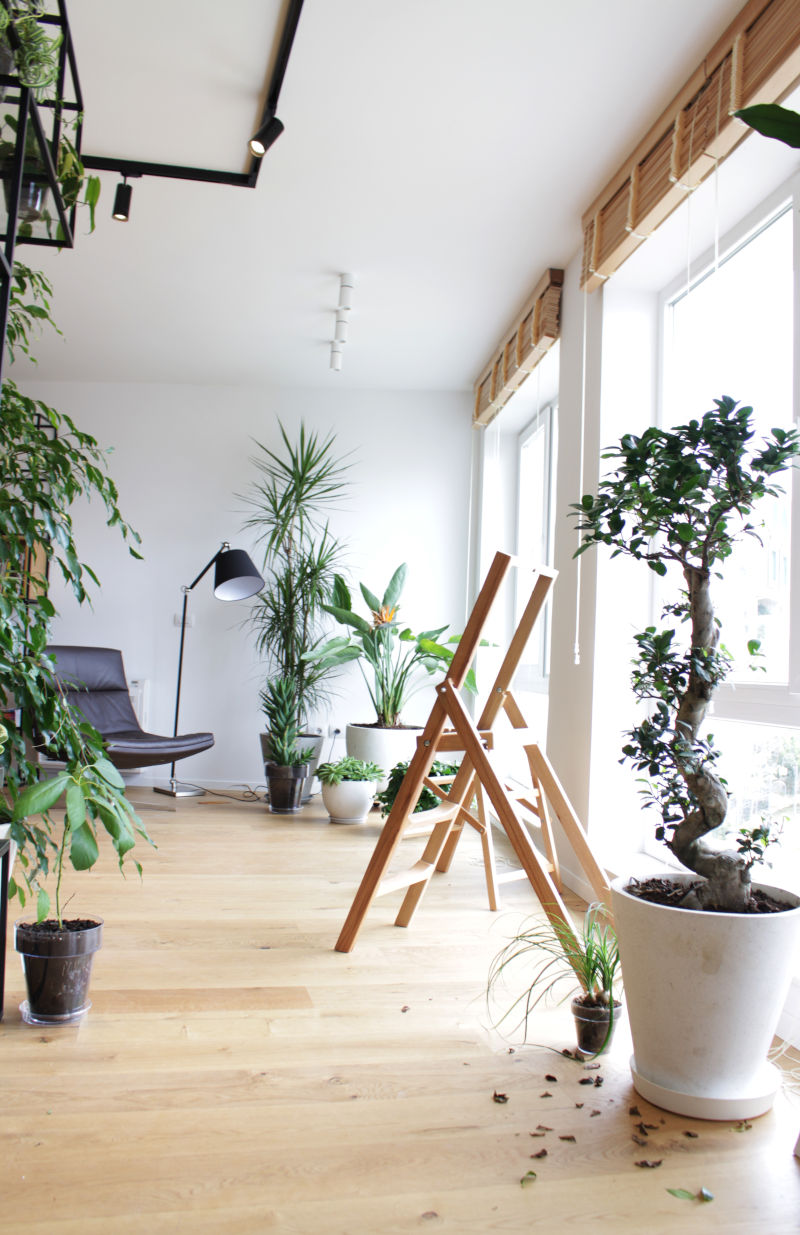 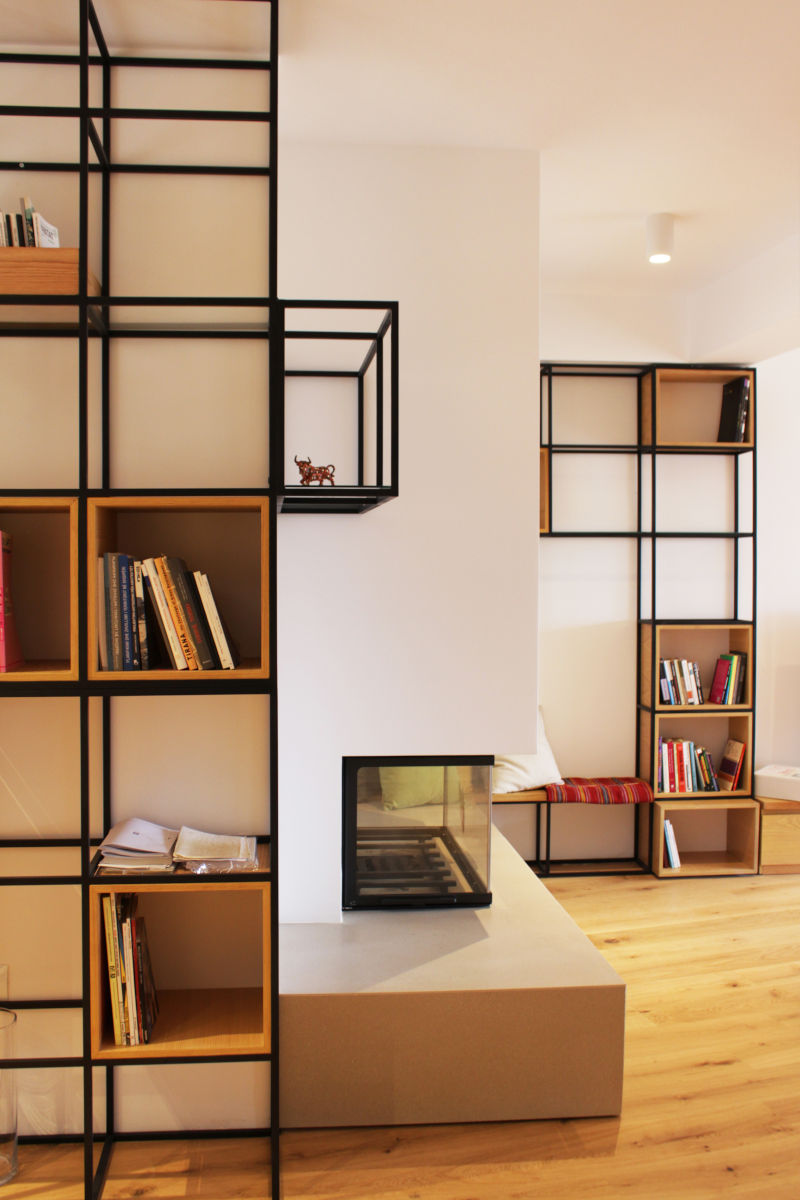 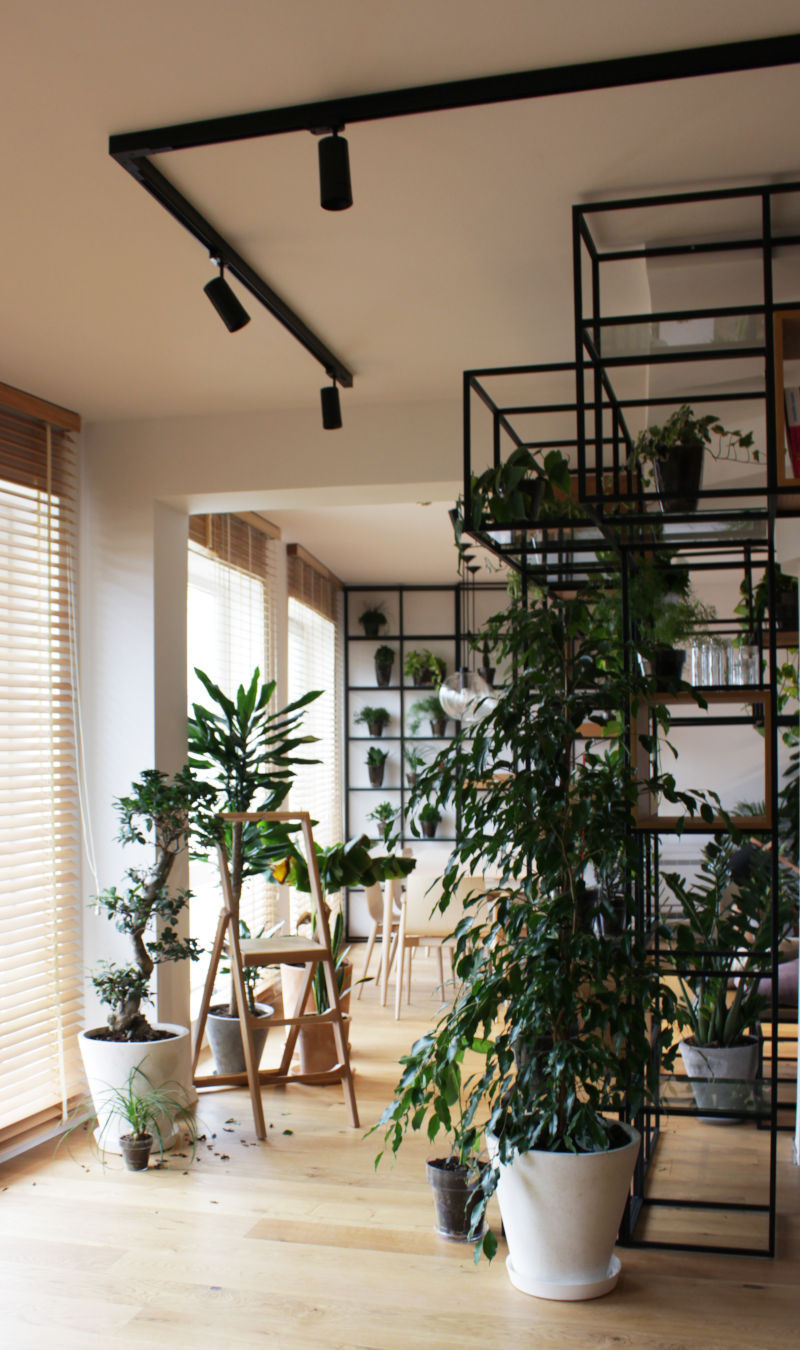 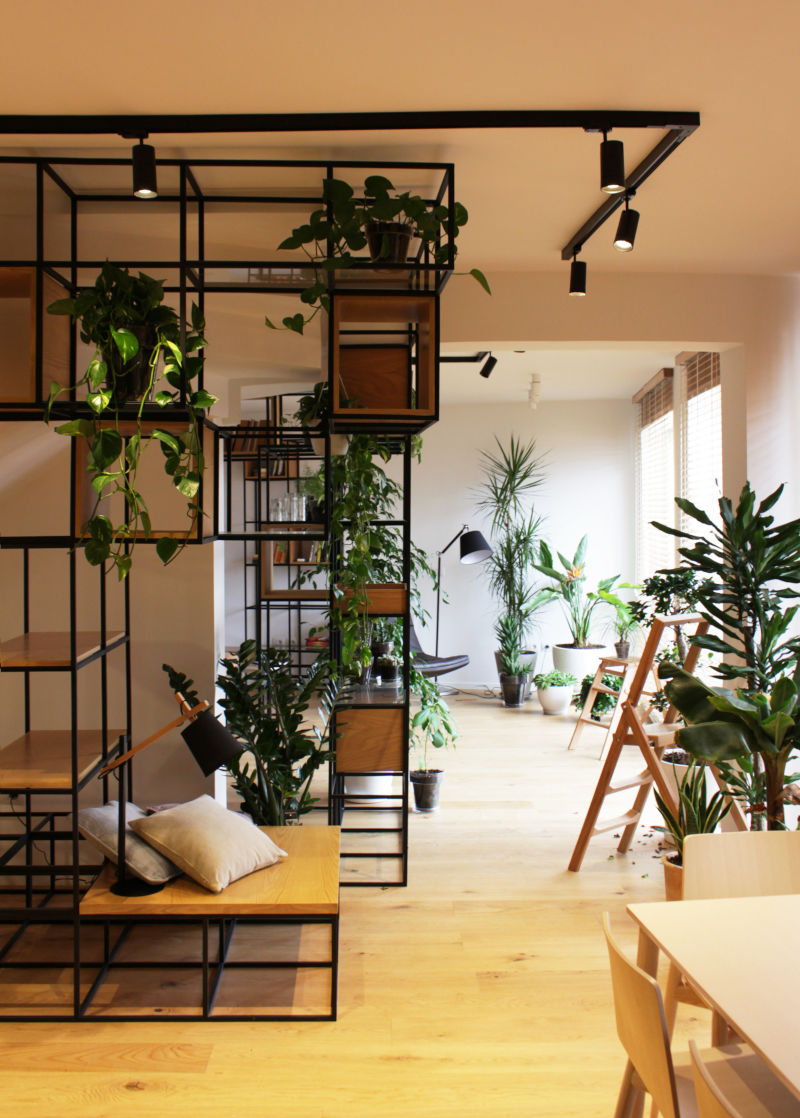 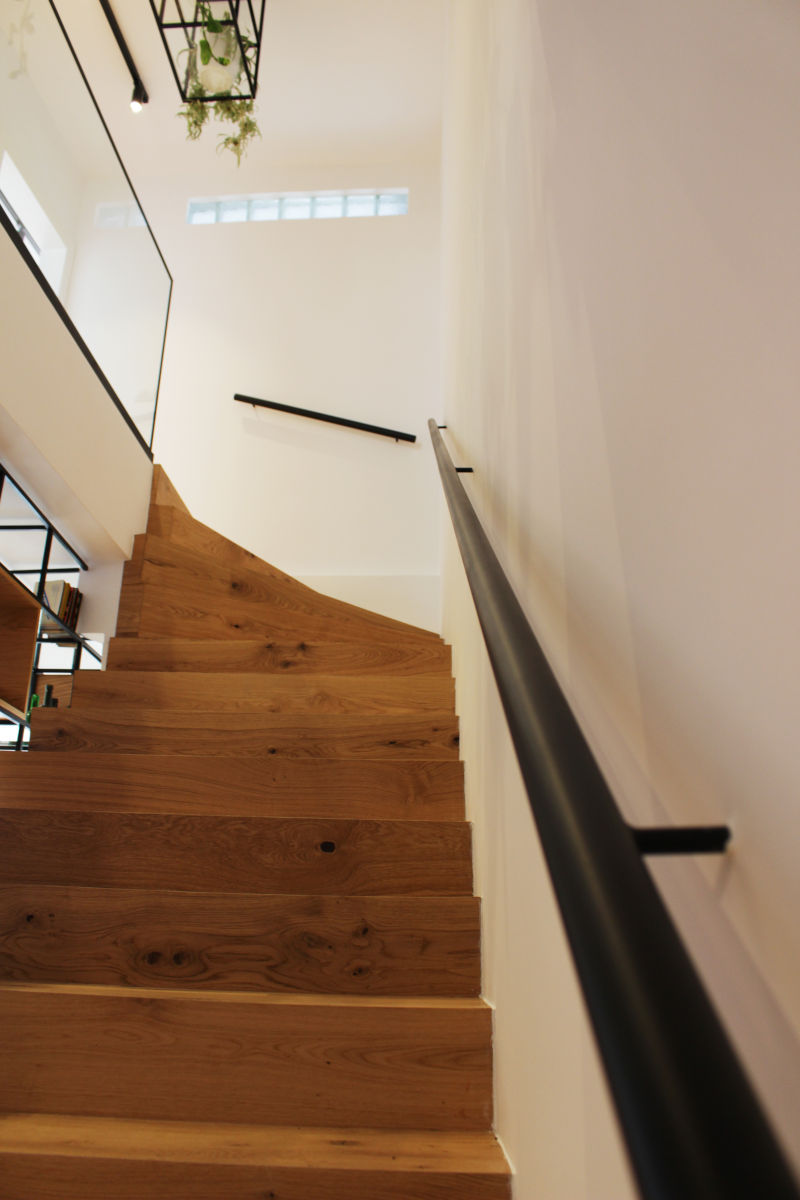 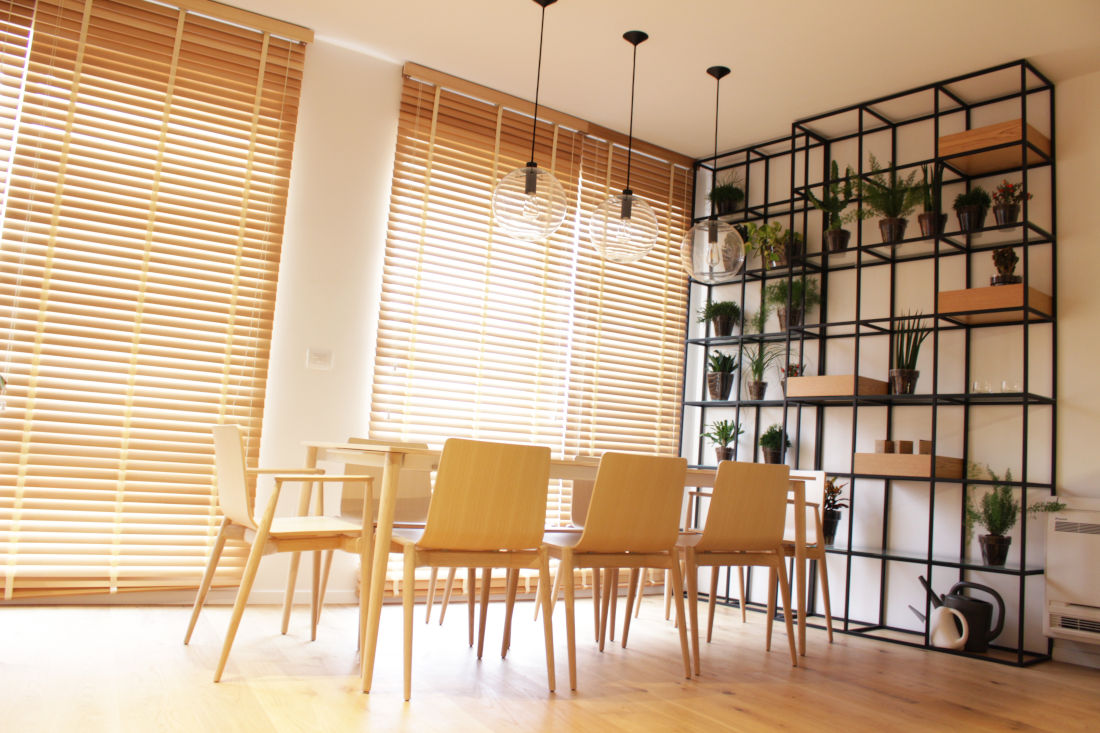 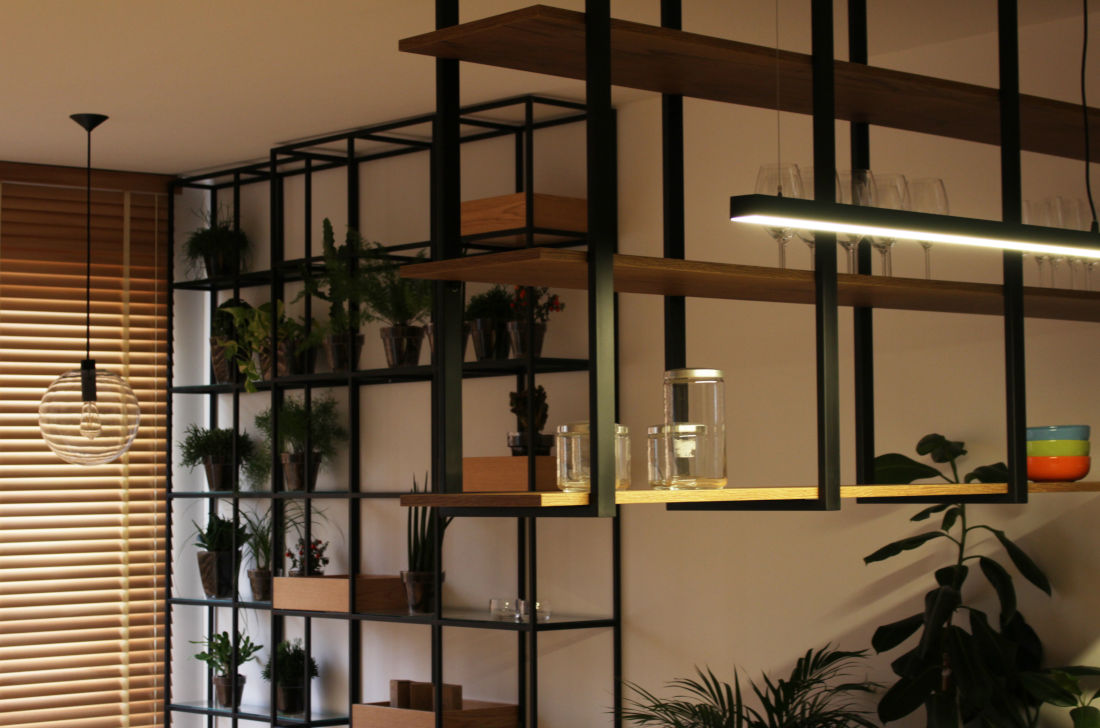 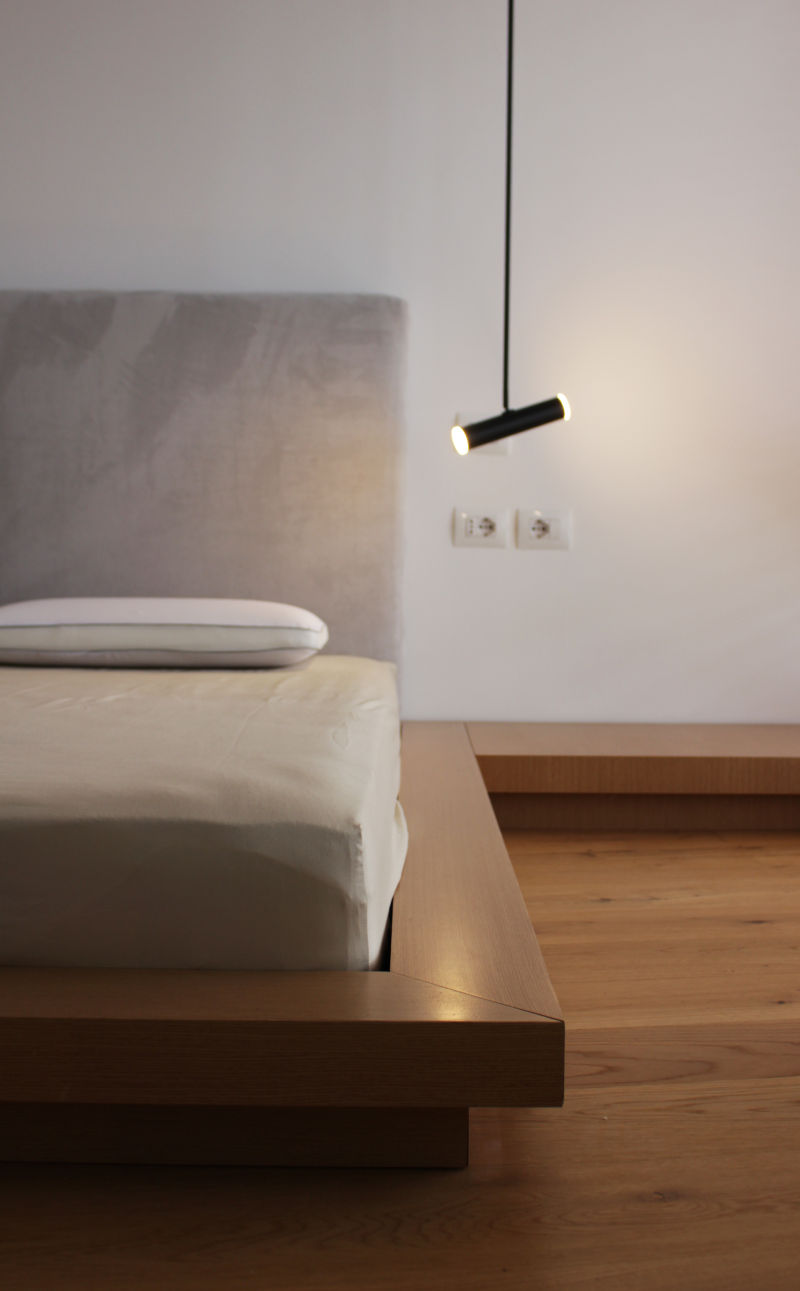 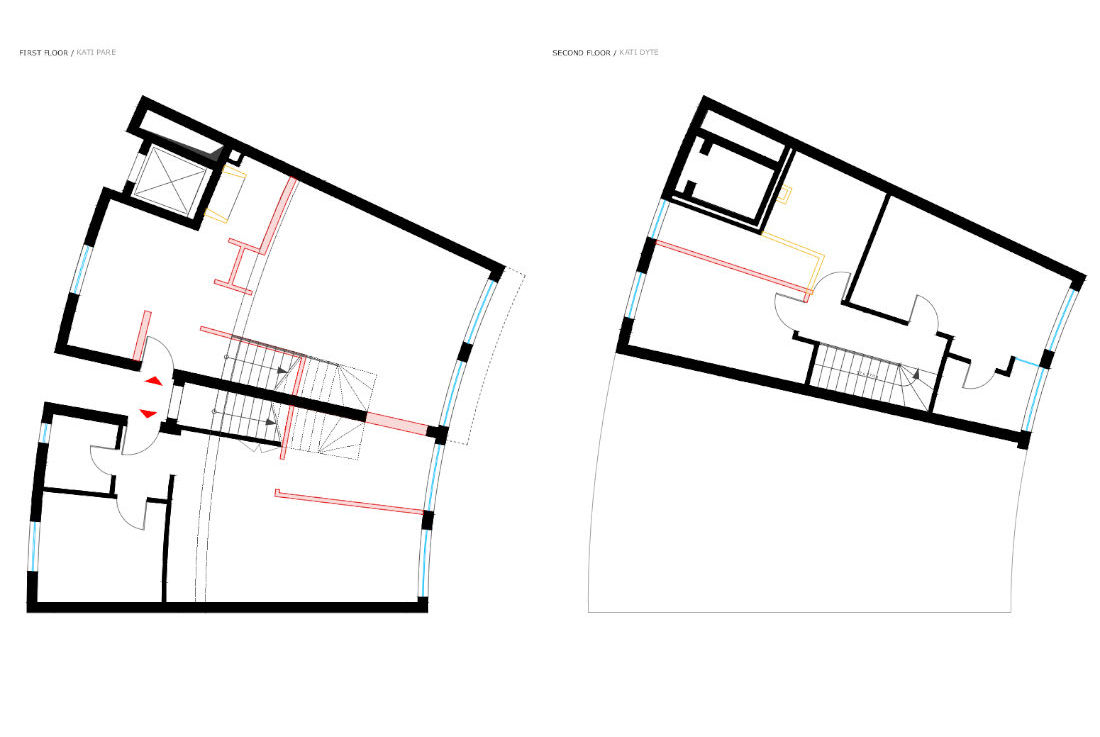