Twin City Tower is a project from the renowned Slovak development group HB Reavis and it is the part of the largest poly-functional zone in Central Europe comprising a project for the new Nivy central bus station building as well. Upon completion of this complex of buildings a new business district will emerge that is going to bring a desolate industrial area of Bratislava back to life.
Due to the fact that Twin City lies very close to Bratislava’s historical city centre, Twin City brings on one hand an added architectural value by creating new green spaces and shopping areas and on the other it enhances the original leisure and shopping zone of Bratislava‘s city centre and not its peripheries. Brick-layered façades are meant to resemble traditional industrial architecture highlighting the original character and purpose of this zone. By applying smart technologies, an efficient and effective building management is going to not only save costs but also be friendly towards the environment. After more than 7 years of design work and despite a technologically challenging character of the construction, Twin City has become the first significant and successful project since the start of the economic downturn, which at the same time points to a positive trend in the further development on the Slovak market.
The object in the grip of the streets of Karadžičova, Mlynske Nivy respects the natural composition axes in the area, the proposed street lines are aligned with it. The location of the dominant on the corner of Karadžičova / Mlynske Nivy streets is based on the superiority of this node in relation to the area. The space around this elevation object is more loose so that there is sufficient dispersion space in the neighborhood of the side objects. The property offers for rent office space, service space and basement space for parking and storage. The architectural design is based on its functional purpose. It is defined from the needs for the good functioning of the administrative building.

Twin City Tower and its façade design reflect the history of the old industrial area in Bratislava. An interesting feature of the building is its interactive illumination, which responds to the needs of the city by using its diverse LED backlight.
Part of the façade are photovoltaic cells that extract pure energy from the sun. The building aspires to the BREEAM – Outstanding and WELL – Gold certificate. The proposal supports the existence of an old industrial zone structure.
The green roof that hides technology under its fill. Big benefit for the building and area was planting already grown trees.

Statement by the jury
The dominant tower by SIEBERTTALAŠ, DKLN and John Robertson Architects recognizes the industrial history of its context and consciously responds to the composition of the surrounding urban tissue in Bratislava. 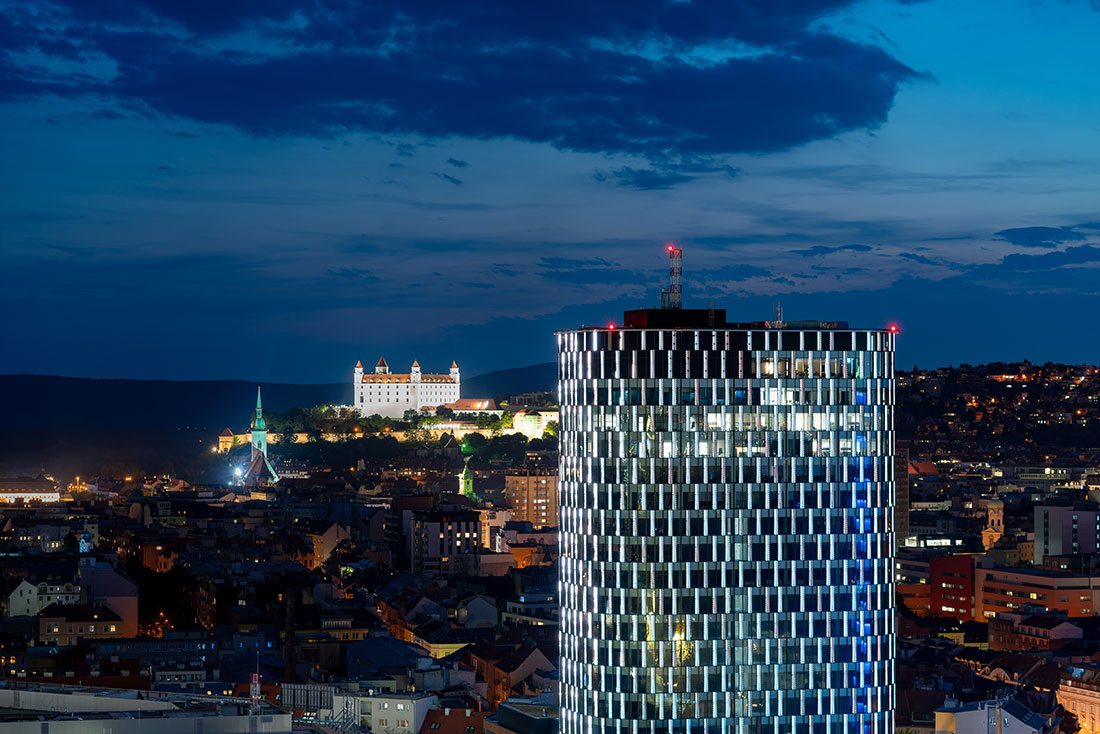 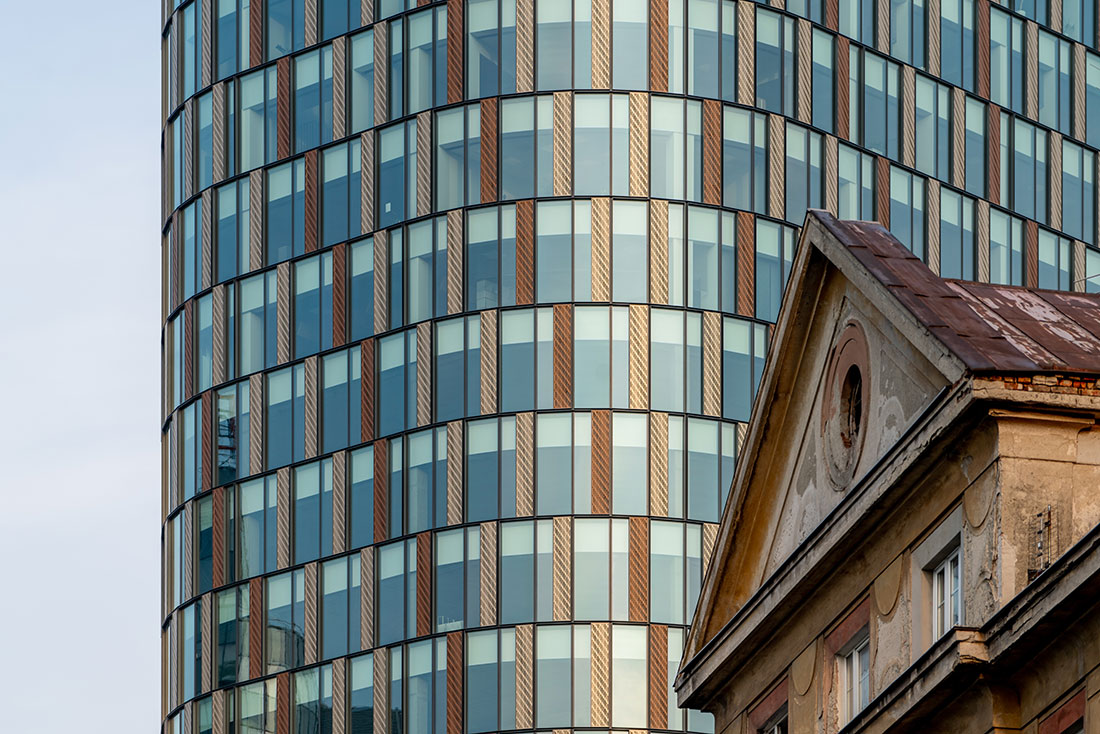 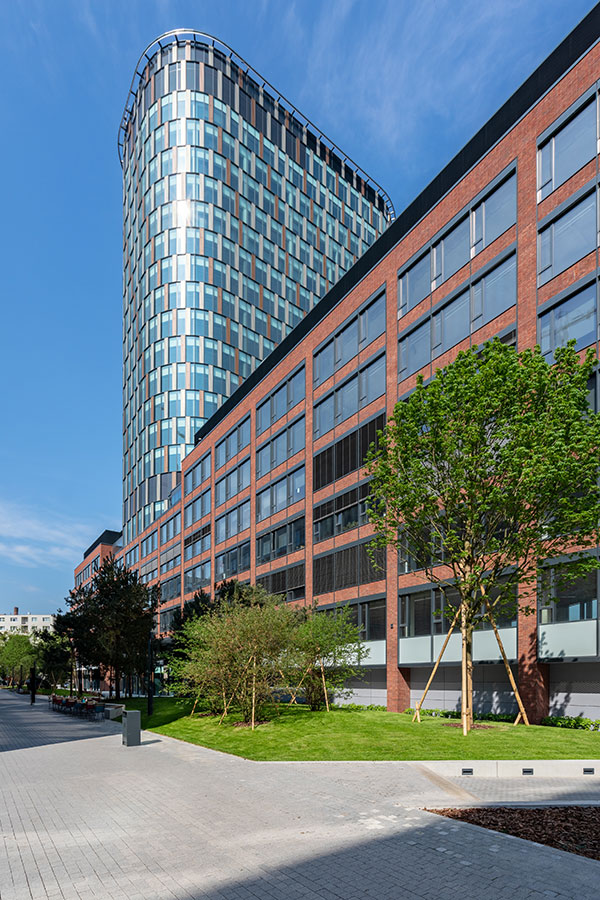 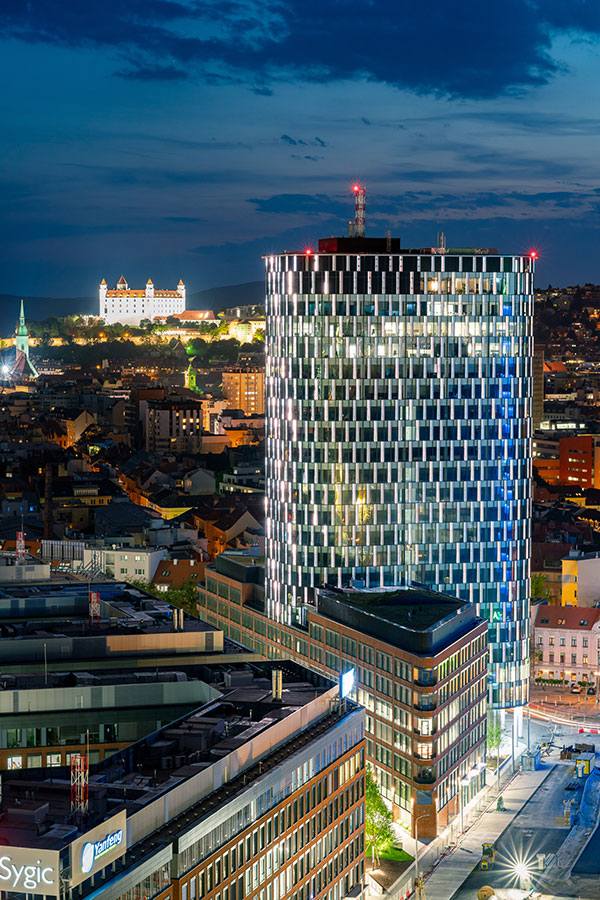 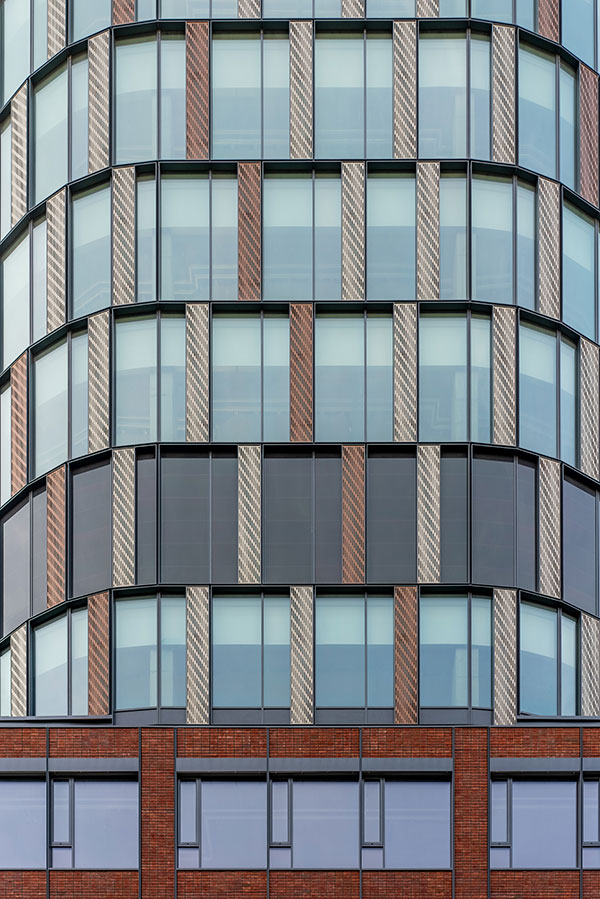 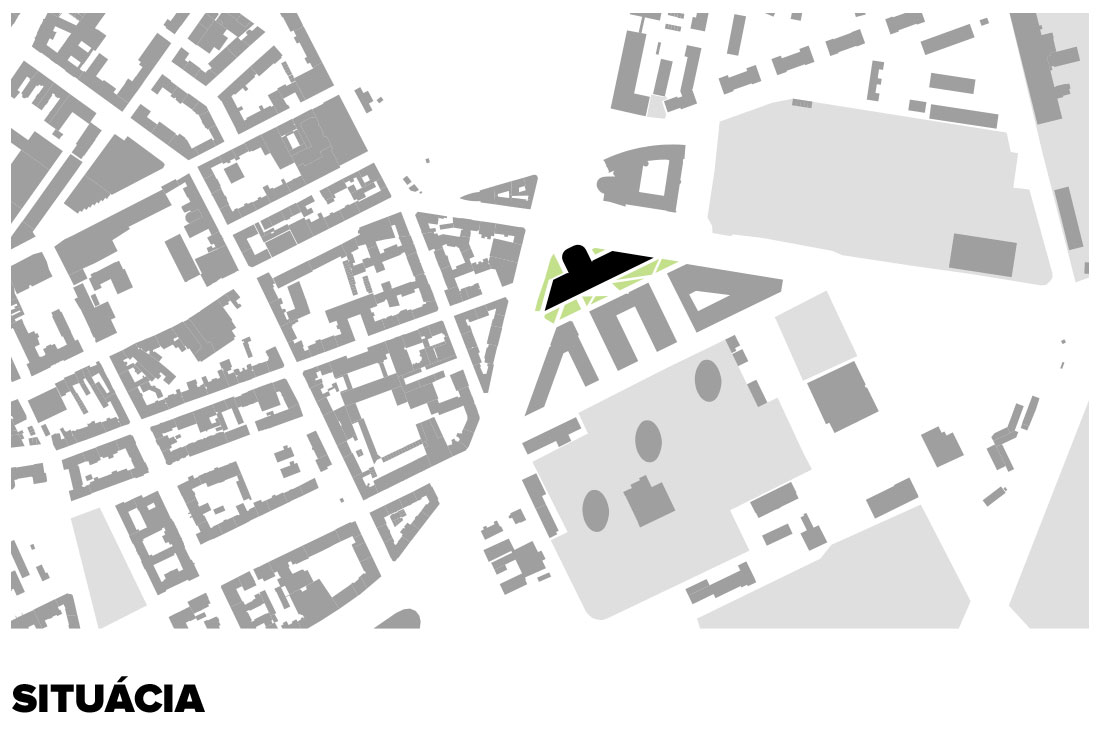 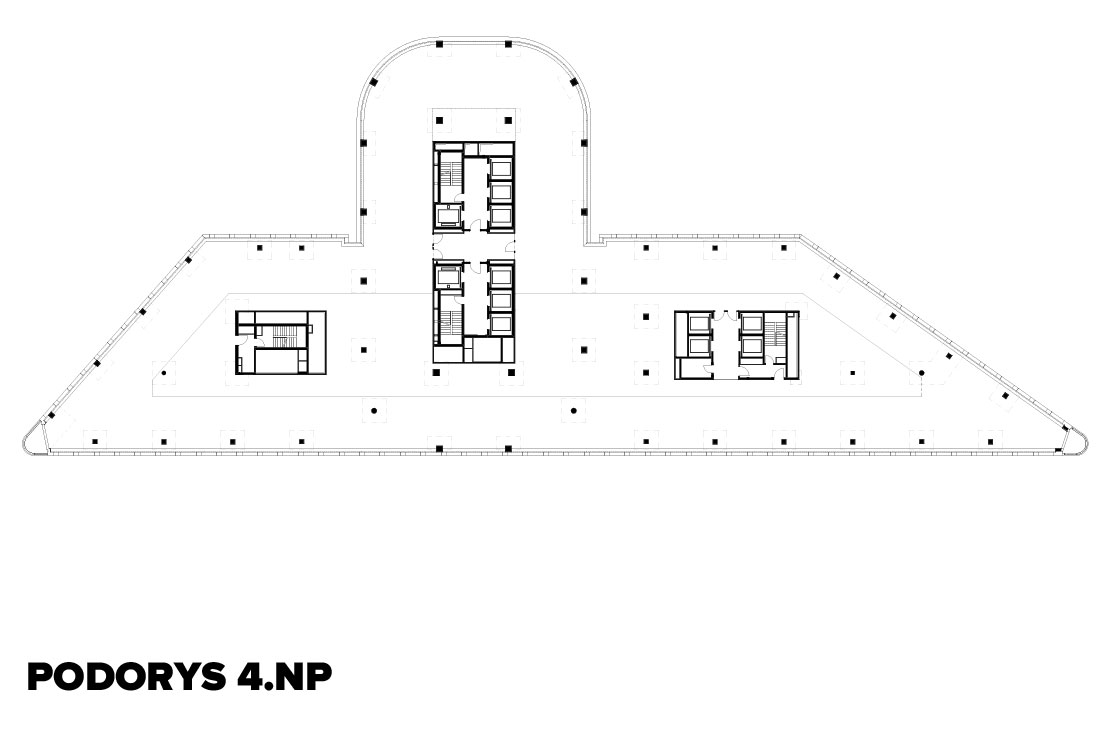 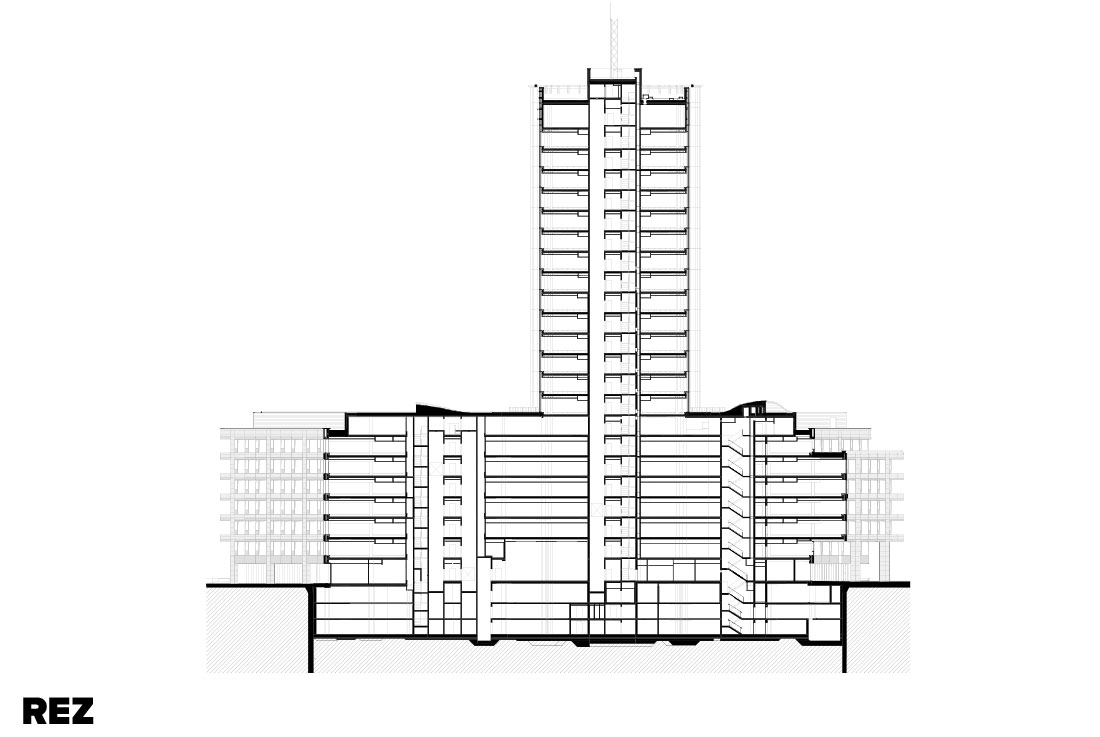 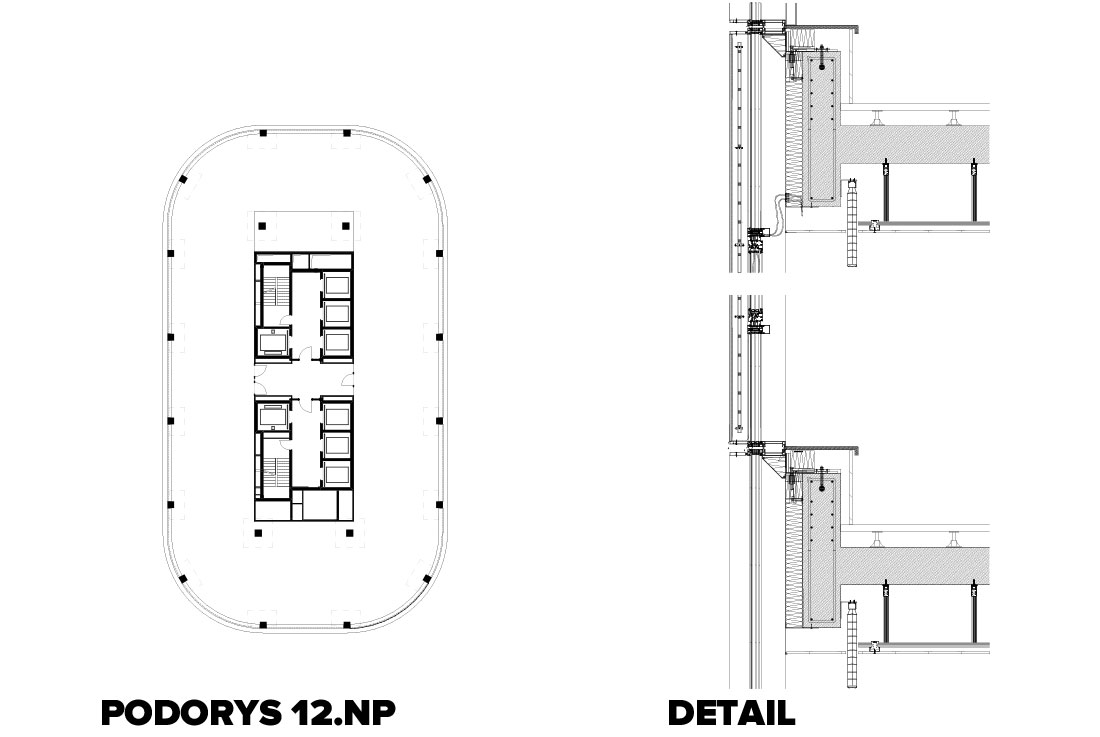