The structure is located on a private property – a sheep pasture – just outside of Prague. It consists of two independently anchored, wooden platforms. A transparent cladding is suspended from the ceiling on a subtle wooden ring. A second guiding ring is attached to the floor. The object is accessible by a pull down stairs counterweighted by a rock suspended on a thin cable.The project was based only on a simple sketch and the layout of the trees, so the final appearance was largely determined during the building process itself.Anyone can visit the treehouse after making an arrangement with the owner. An annual workshop will be will be an important part of the project. An event, where all the treehouse visitors can come together and plant their own tree, will be held once or twice a year. This happening should take place in the imminent proximity of the treehouse and should help to restore a defunct tree alley or to create some other sort of a distinctive landscape element. This way people will stop being mere visitors to the place, but will become an active part of its creation.

What makes this project one-of-a-kind?
The real MacGuffin is the seamless 360⁰ panoramic window. It really lets you experience the forest treetops and peaceful views without the disturbance of any pillars or frames. It’s also the only thing connecting the floor to the ceiling, so the whole roof seems to be hanging in the air, supported by just the window. 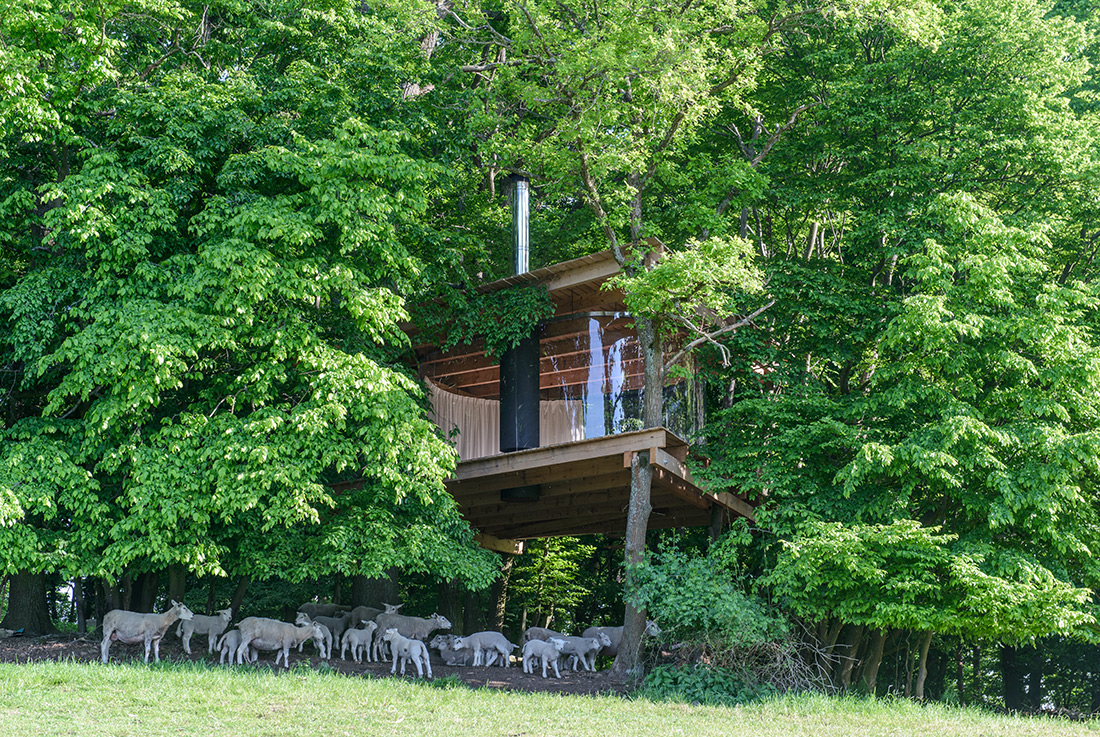 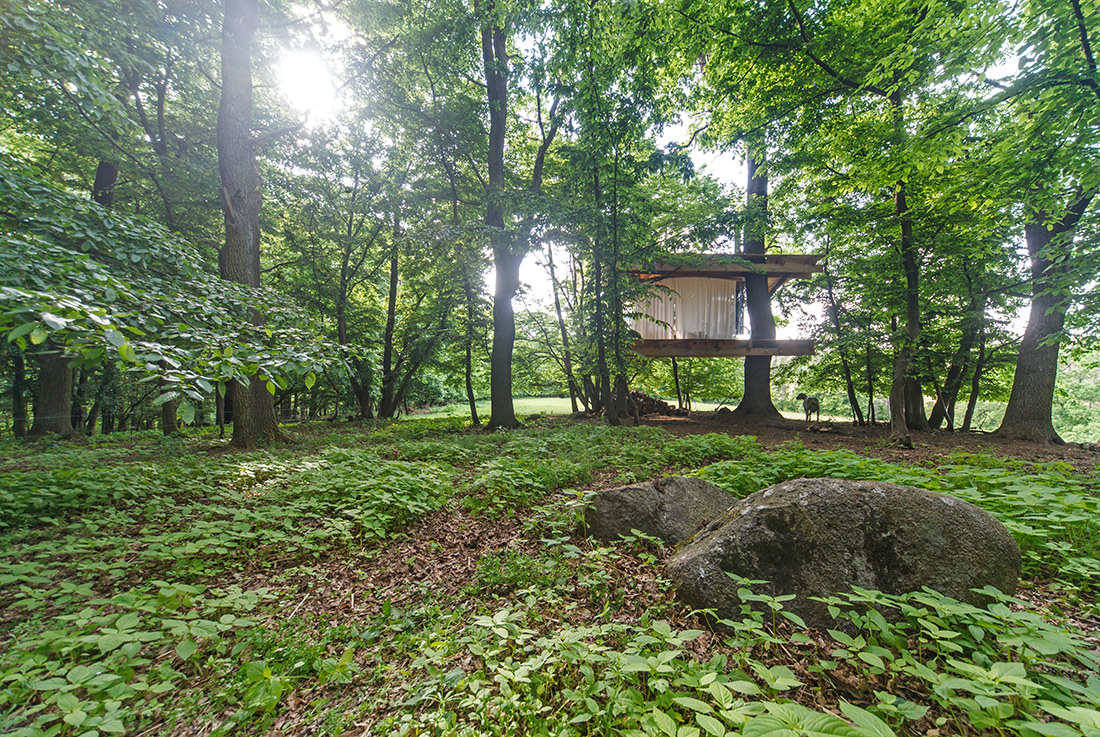 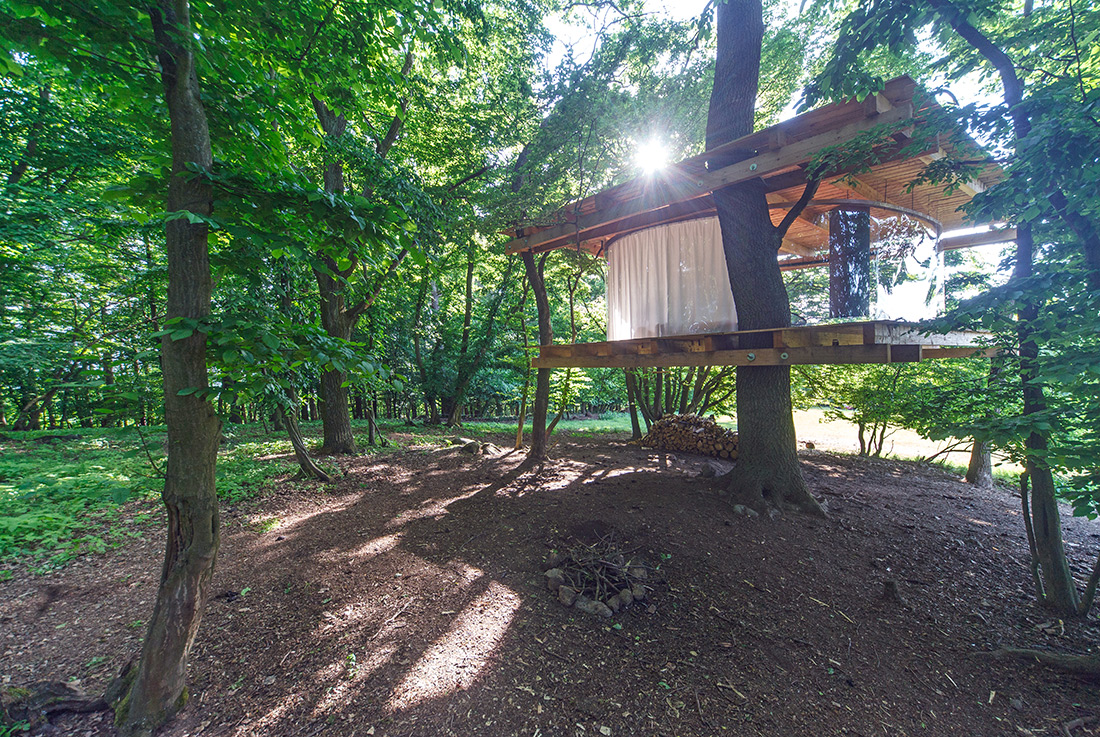 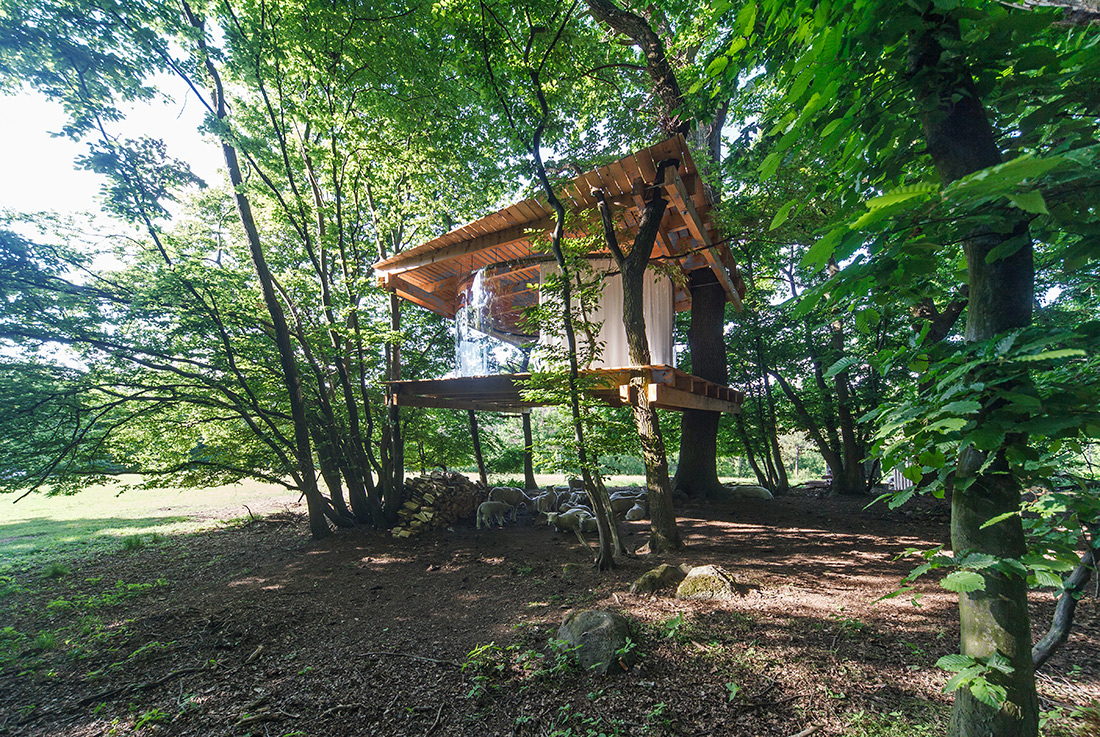 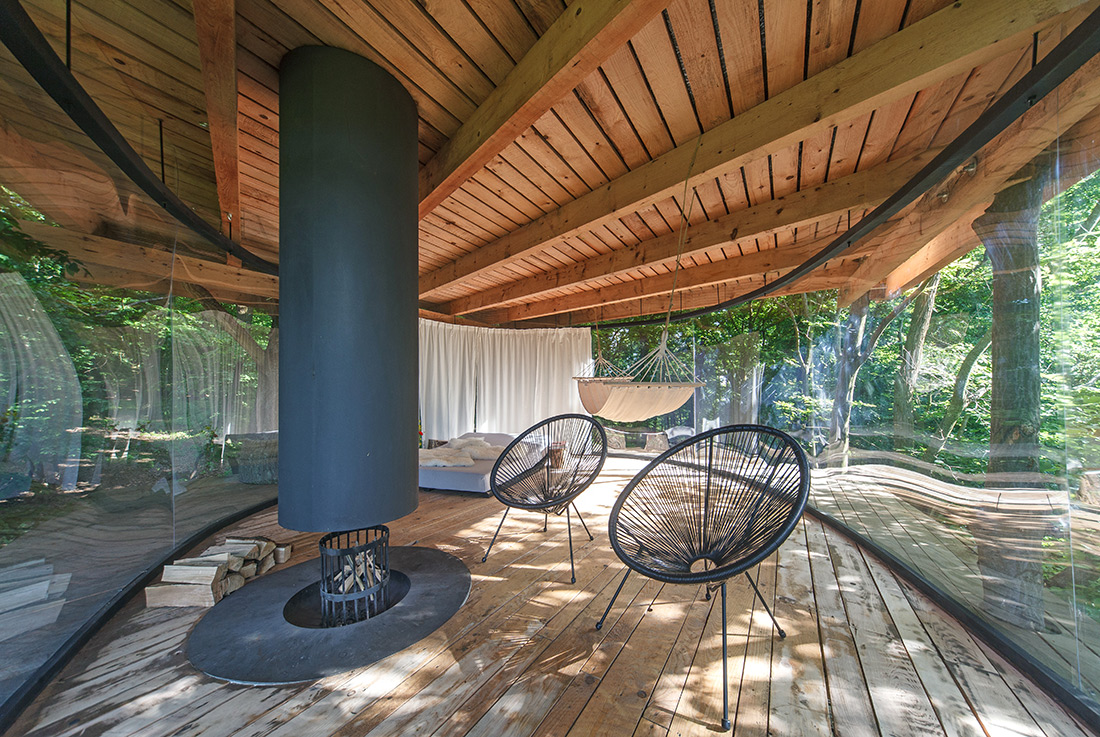 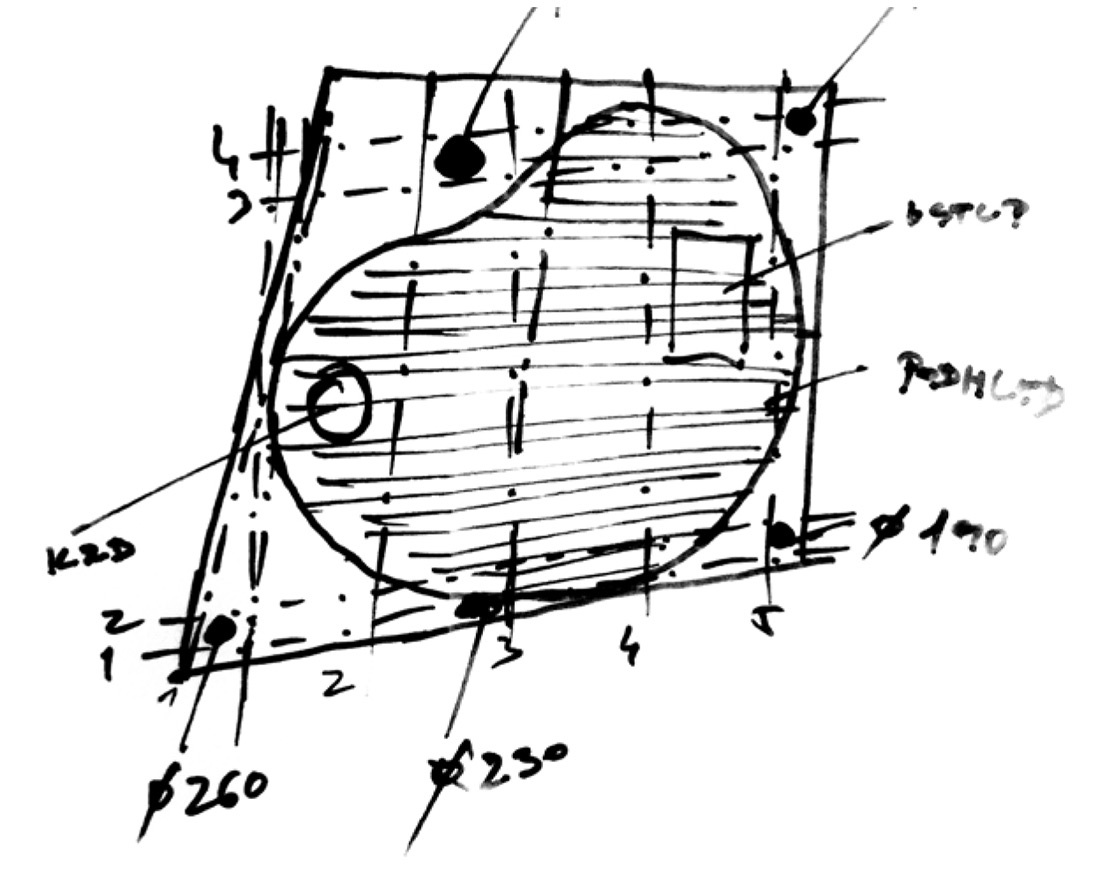 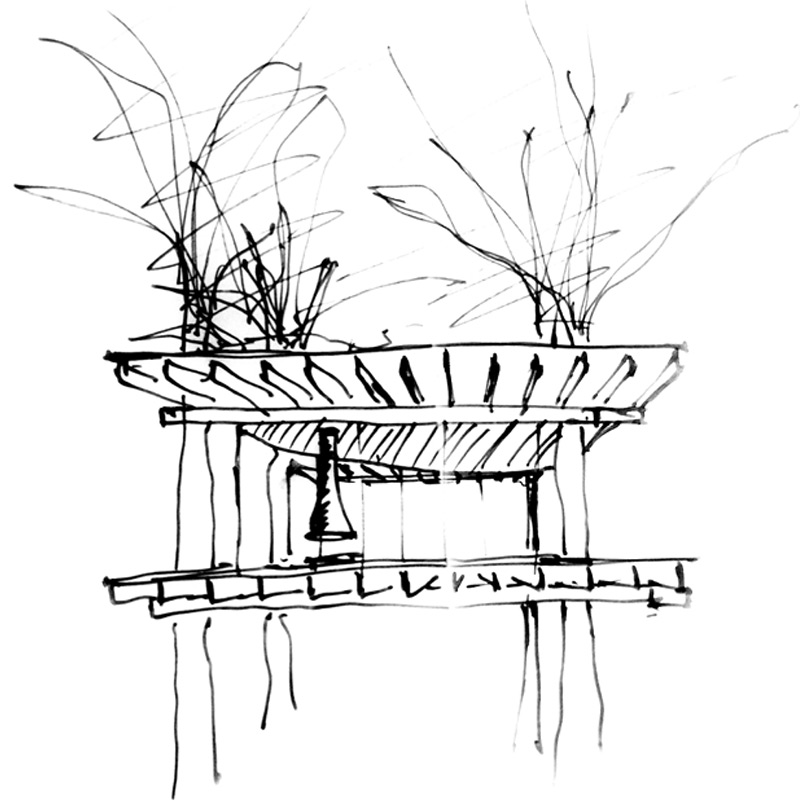