The essence of the design is maximum openness and transparency, light and air / no demonstration of the magnitude of the building but an emphasis on it’s public service instead / four separate sections (doctors’ offices, multifunctional hall, municipality, post office) connected by the vestibule / vestibule as an arcade and a “relieving” area during balls, events and concerts and a occasional space for exhibitions / the inner atrium to illuminate internal spaces / mutual synergy, sections may vary according to the actual use / neutral materials for the civil character of the interior space and the light / front side of the patterned façade has a variable silver-white, reflective effect for greater identification of citizens with a “abstract box”
Load-bearing structure made of a solid, wooden 4 x 4m frame / facade and roof from the exterior side covered with thermal insulating panels / partial liapor lining for structural and acoustic purposes / Panbex flooring / aluminum fills on the outside, wooden inside / extensive green roof / heating and cooling with air-air heat pumps / electric boiler + underfloor heating in common areas as an additional heat source / forced ventilation system in the hall, security, audio video.

What makes this project one-of-a-kind?
A simple, single-story, accessible house is not a monument but rather an instrument for it’s users of all ages. 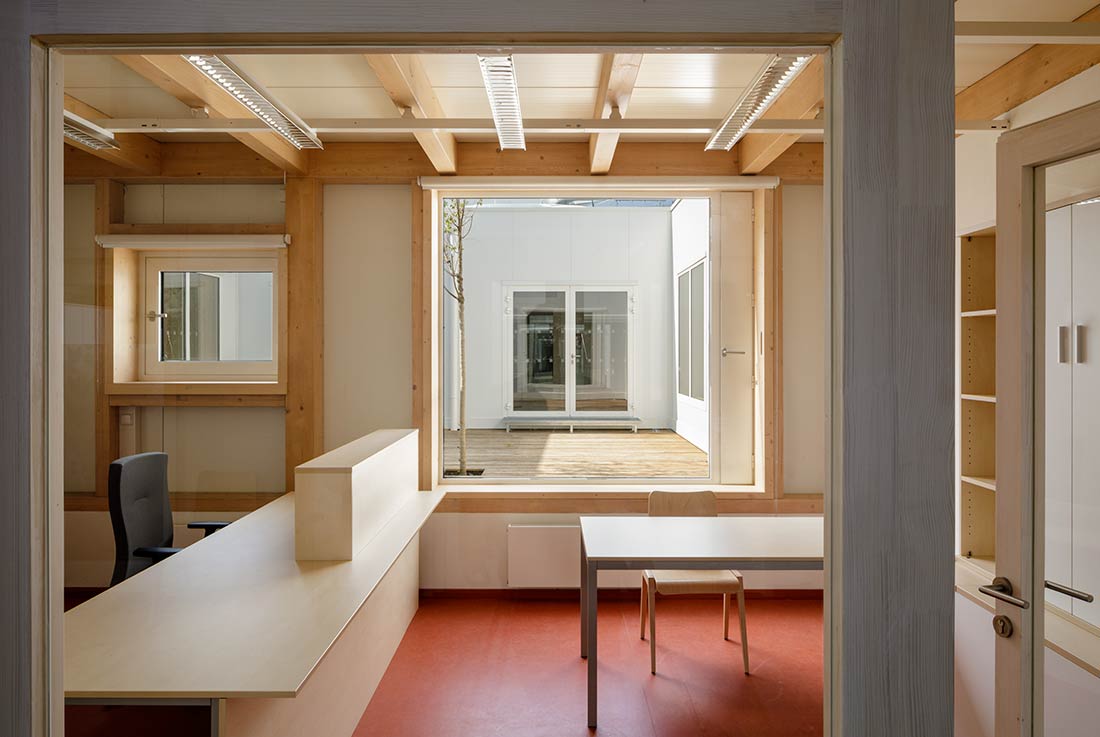 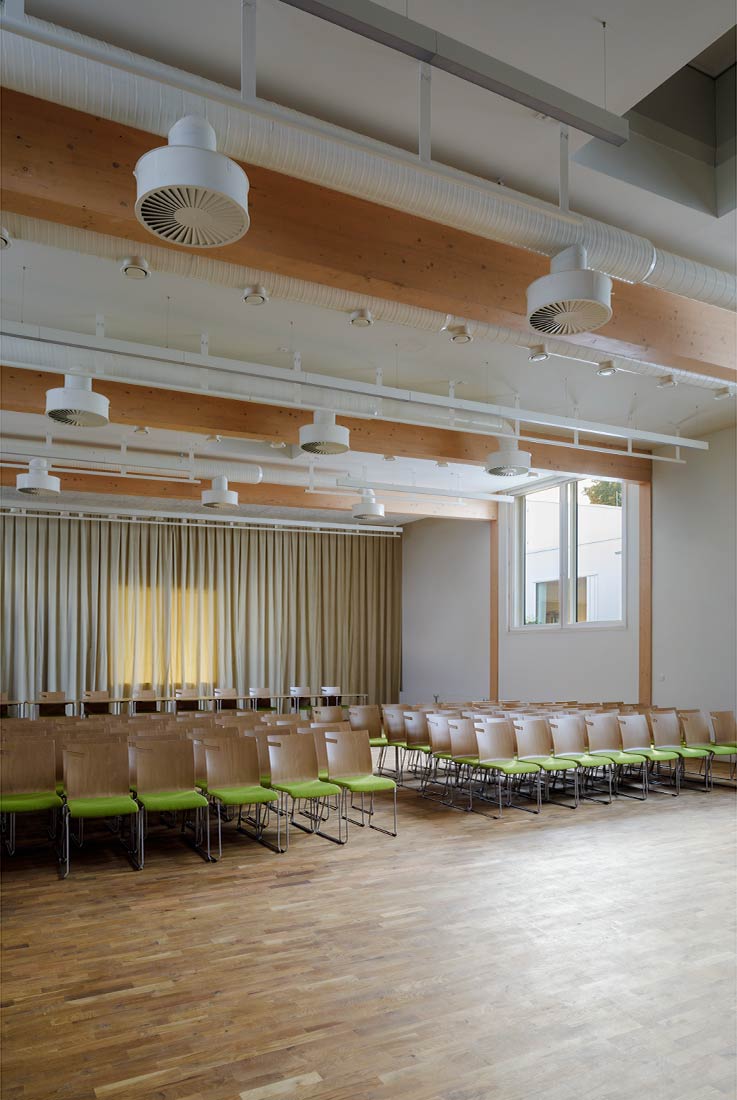 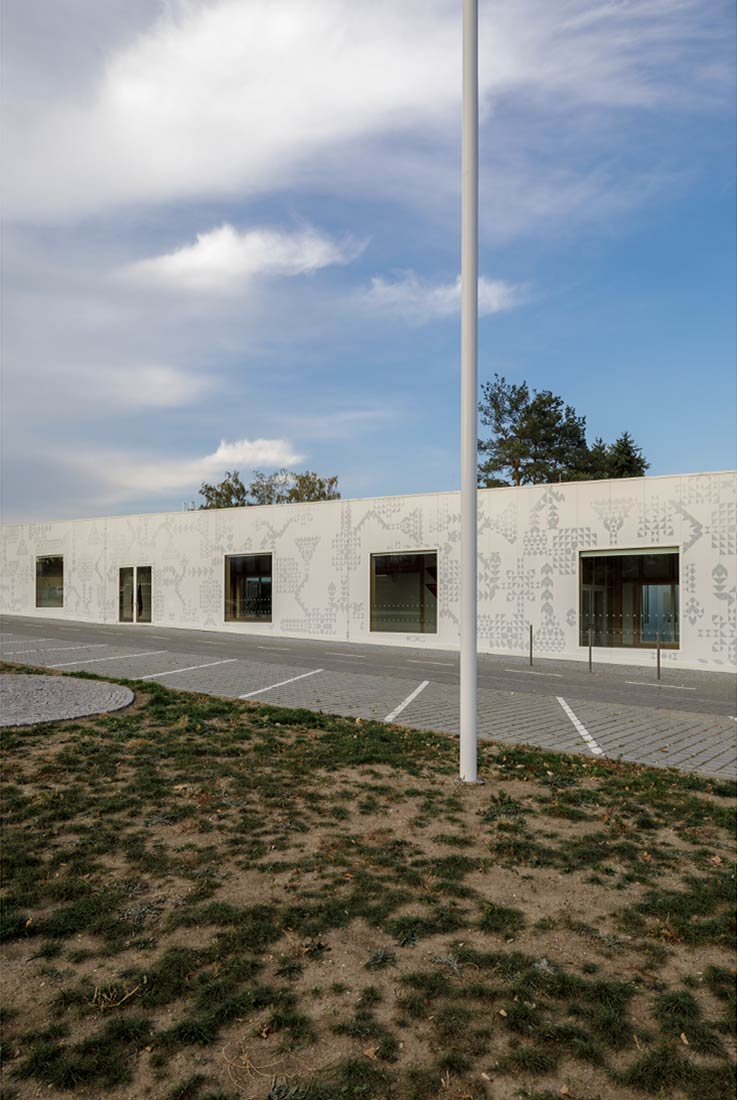 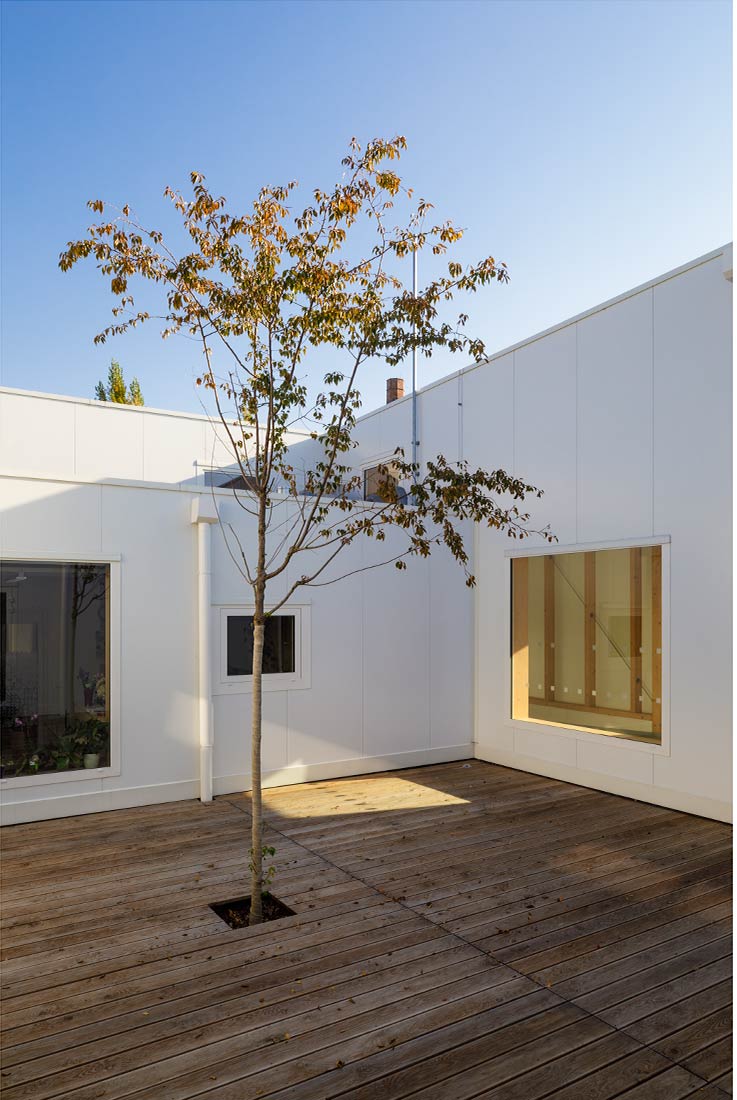 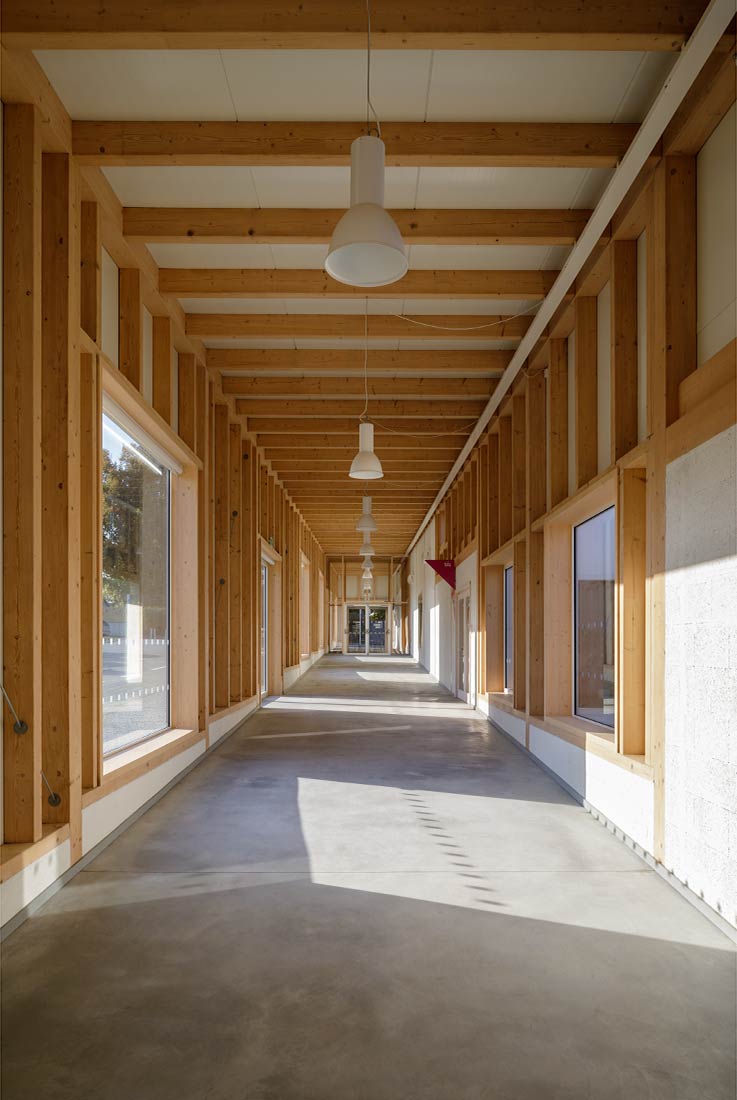 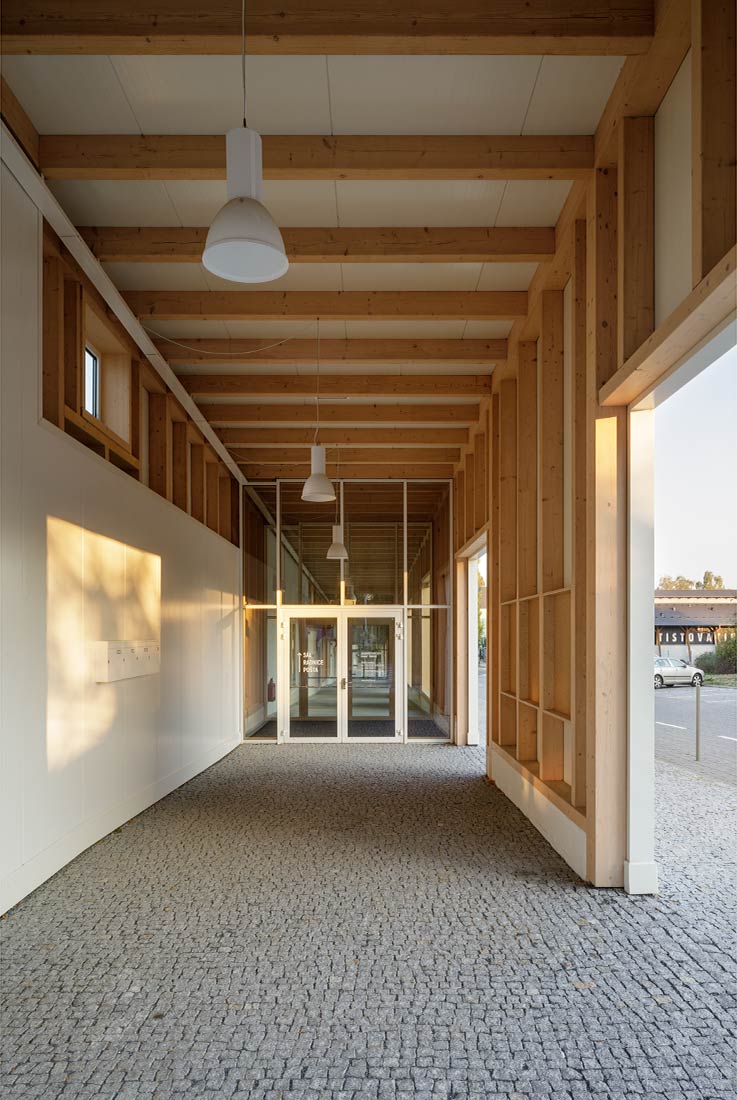 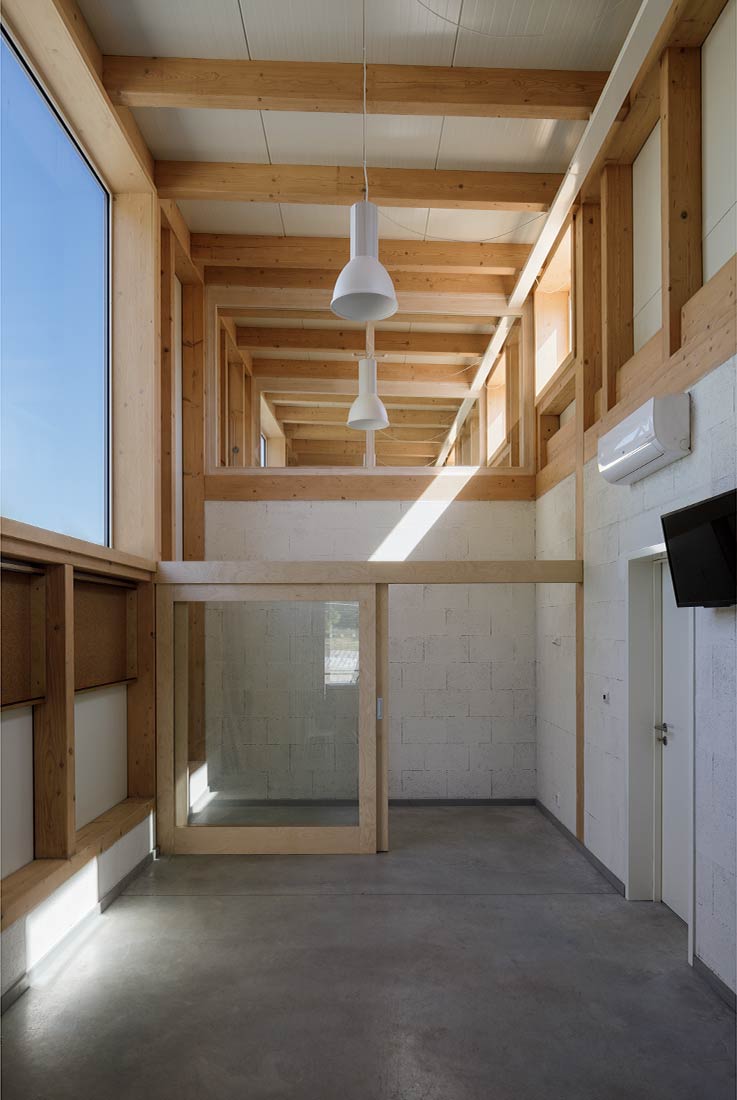 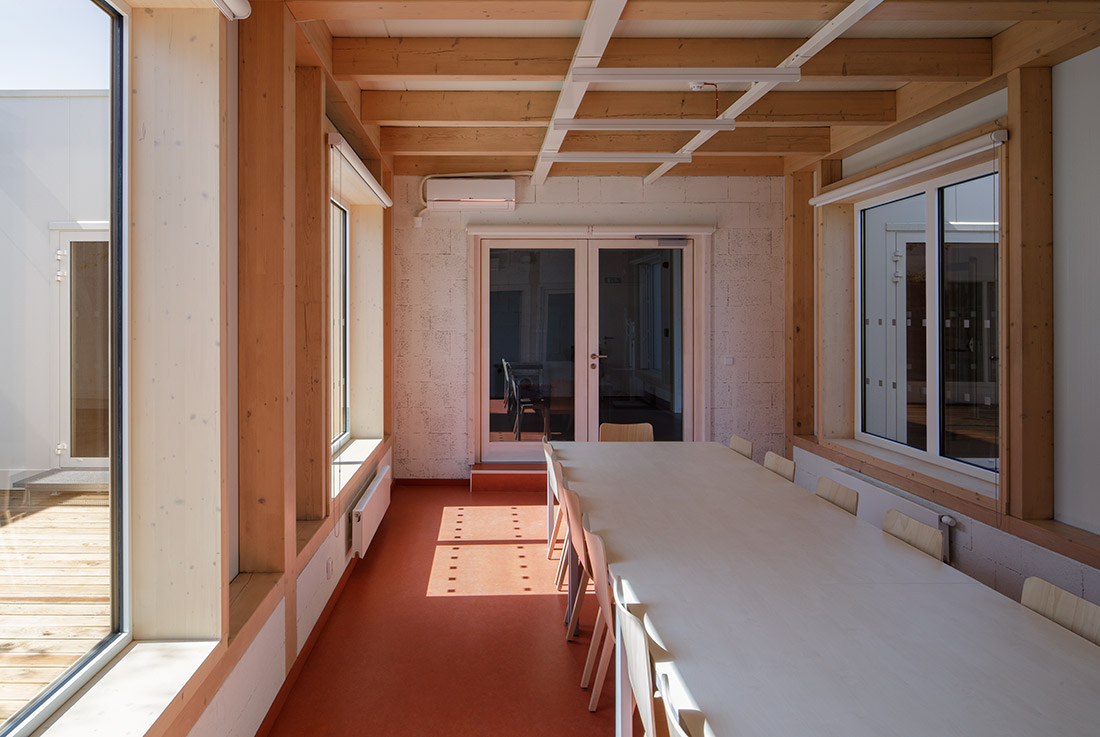 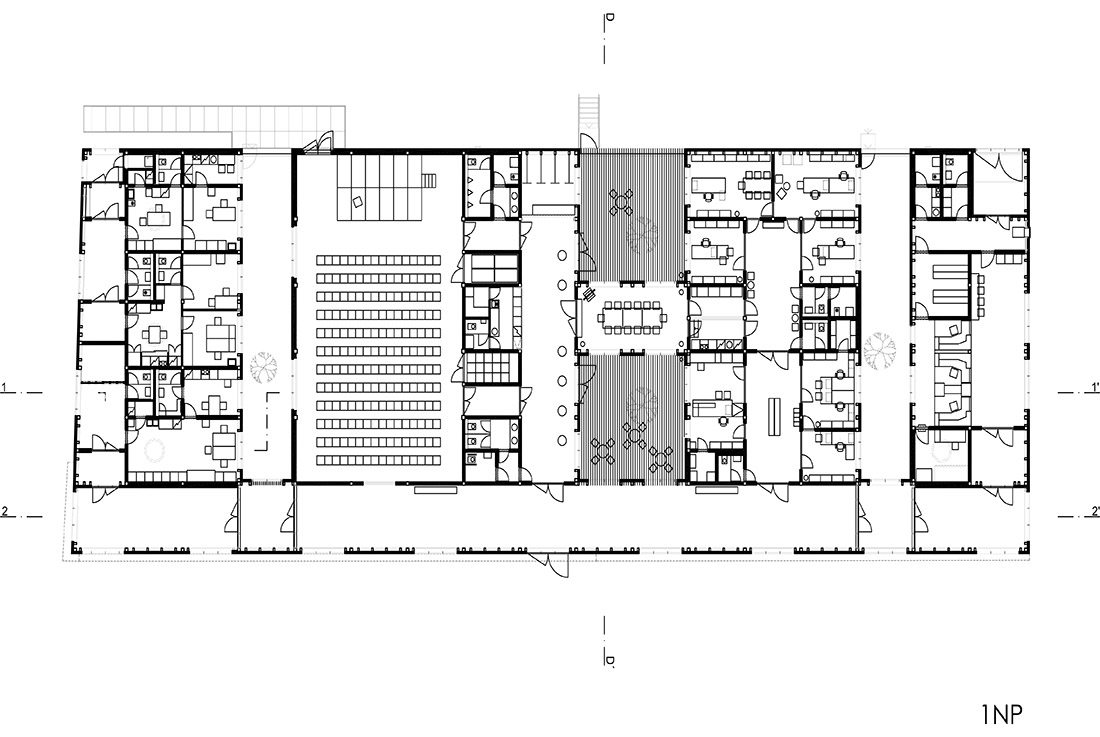