The investor wanted to expand the existing house from the 1980s because of a growing family. Although it would be cheaper, he did not want to demolish the house, but just refurbish it and adapt it to a contemporary lifestyle. This implied a demanding construction approach of high complexity and dexterity. The old house was “broken” in half by the insertion of a contrastingly designed joint, which visually created two houses. Thus the volumes of the newly made house were connected by a ridge line in the same direction, while the enlargement, the extension of the house is manifested in a third, completely new, also by joint separated volume. The cluster of volumes, in a certain way a simulation of a small settlement, gives the project picturesqueness and layering. As the building plot touches two opposite streets, the project also included the refurbishing of a historic civic house on the main street of Jastrebarsko. During the refurbishing, only the street façade was preserved in the existing house; everything else was torn down. As a continuation of the street façade, a large monovolume space was conceived in the depth of the courtyard. 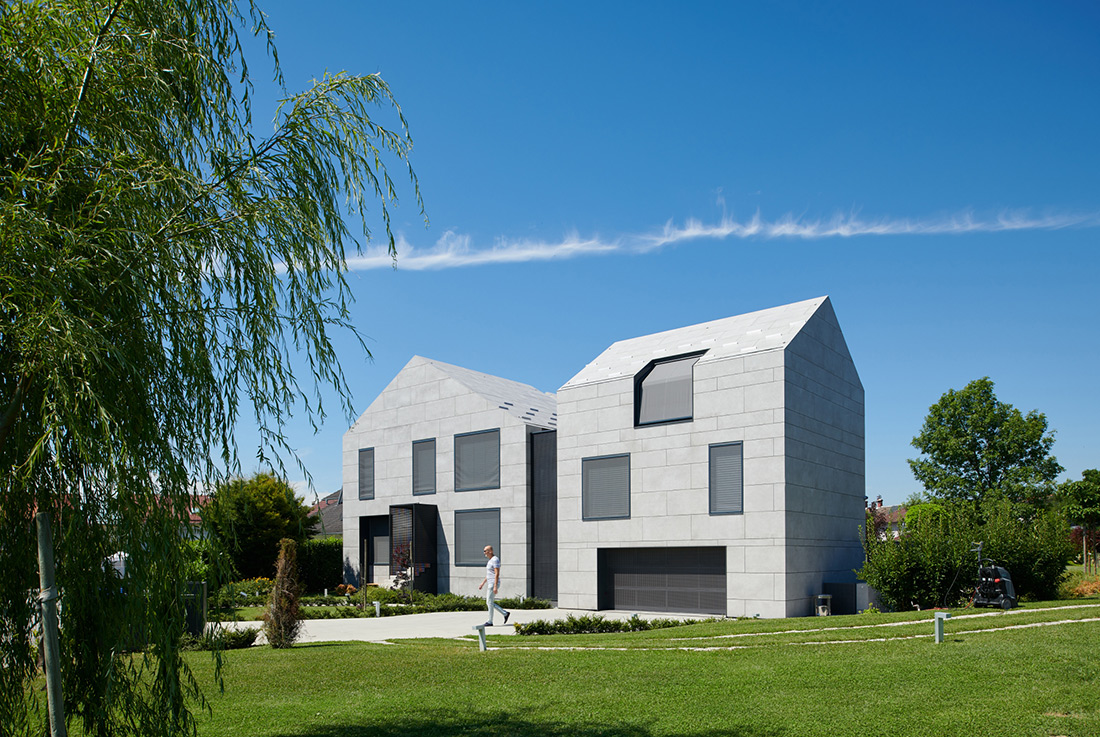 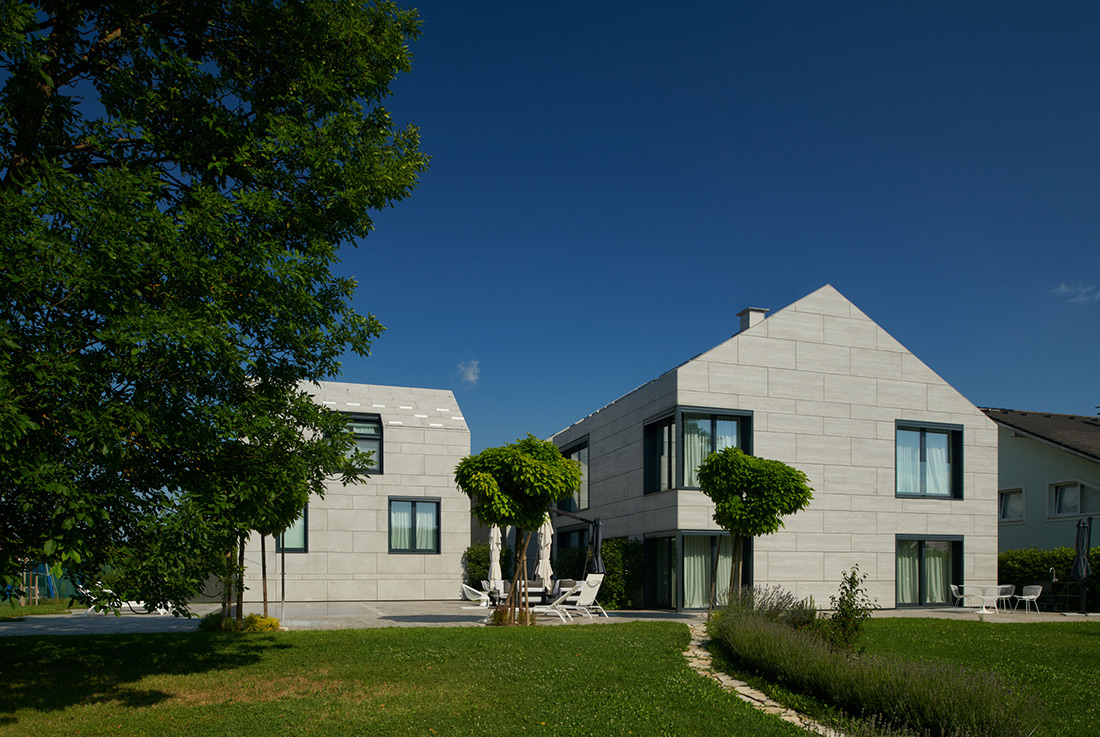 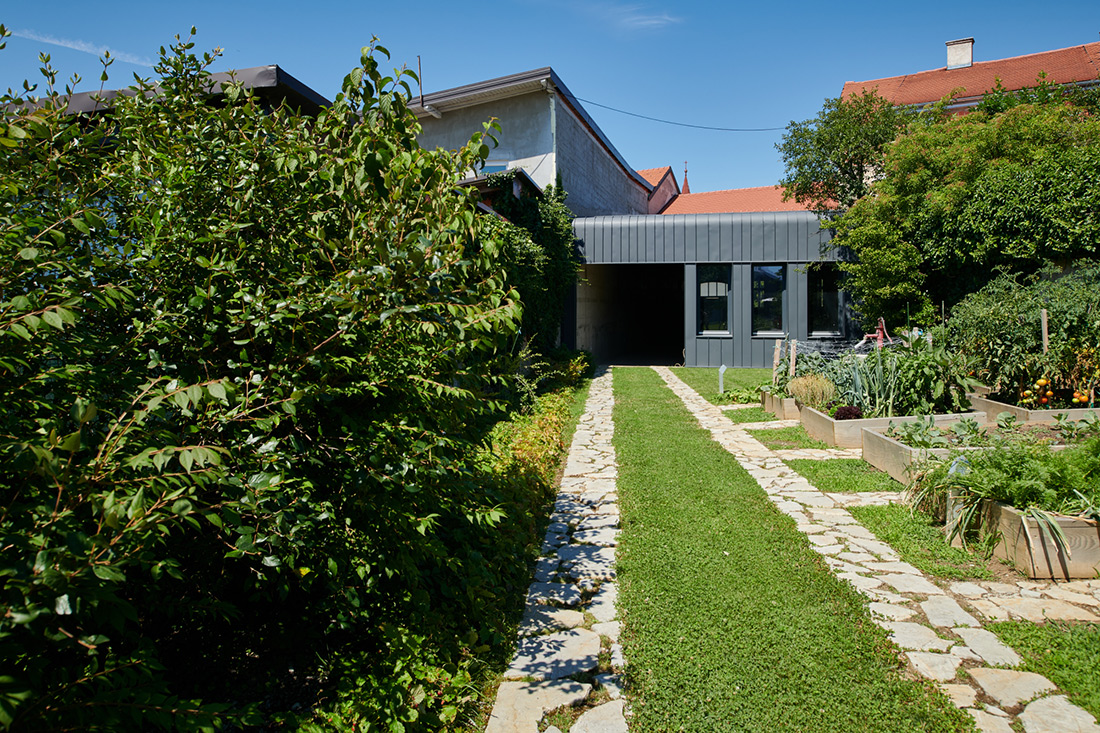 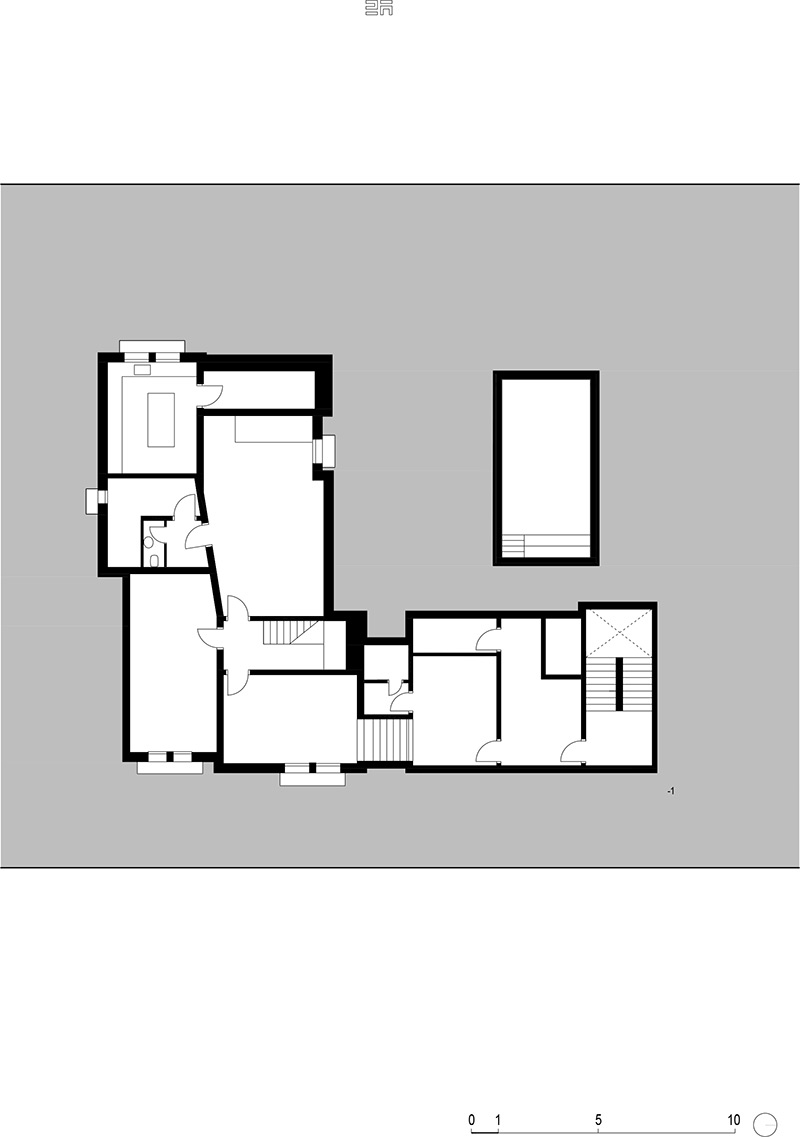 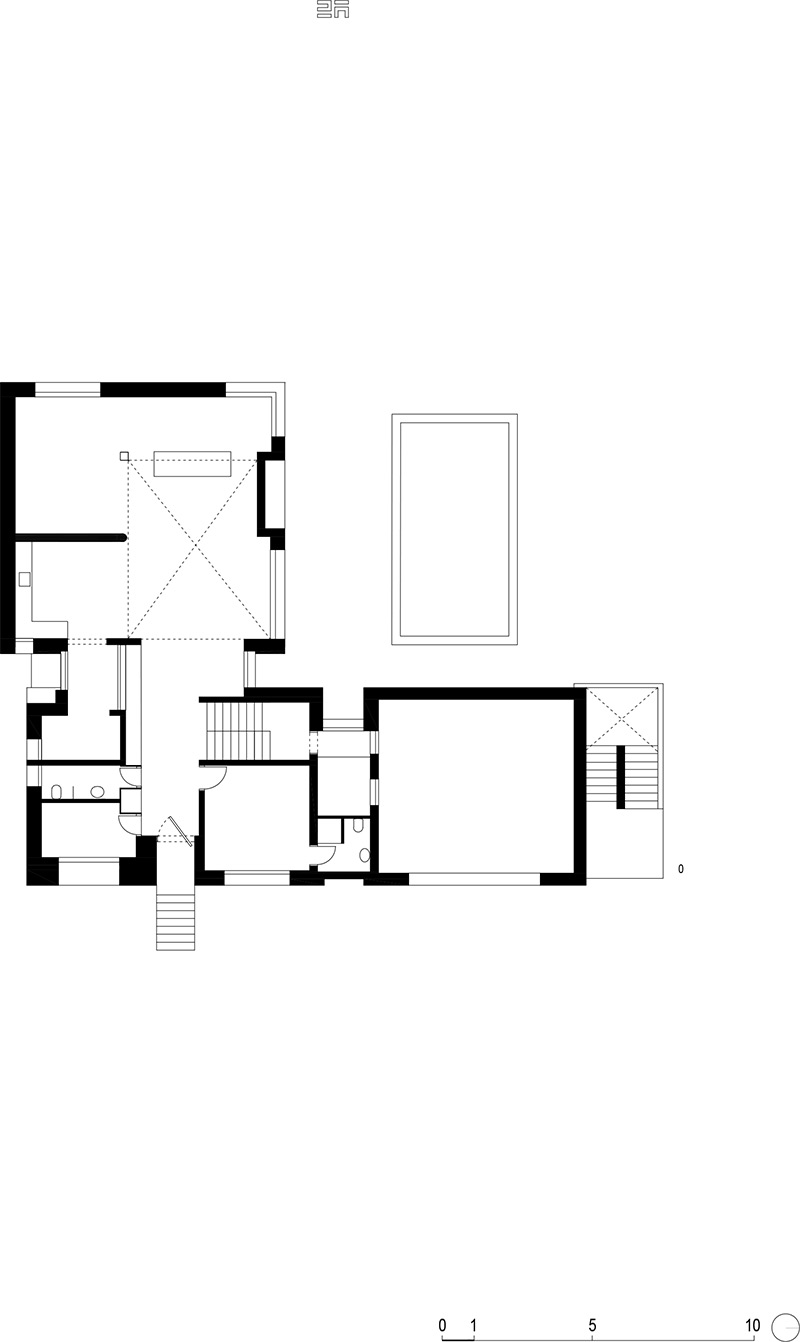 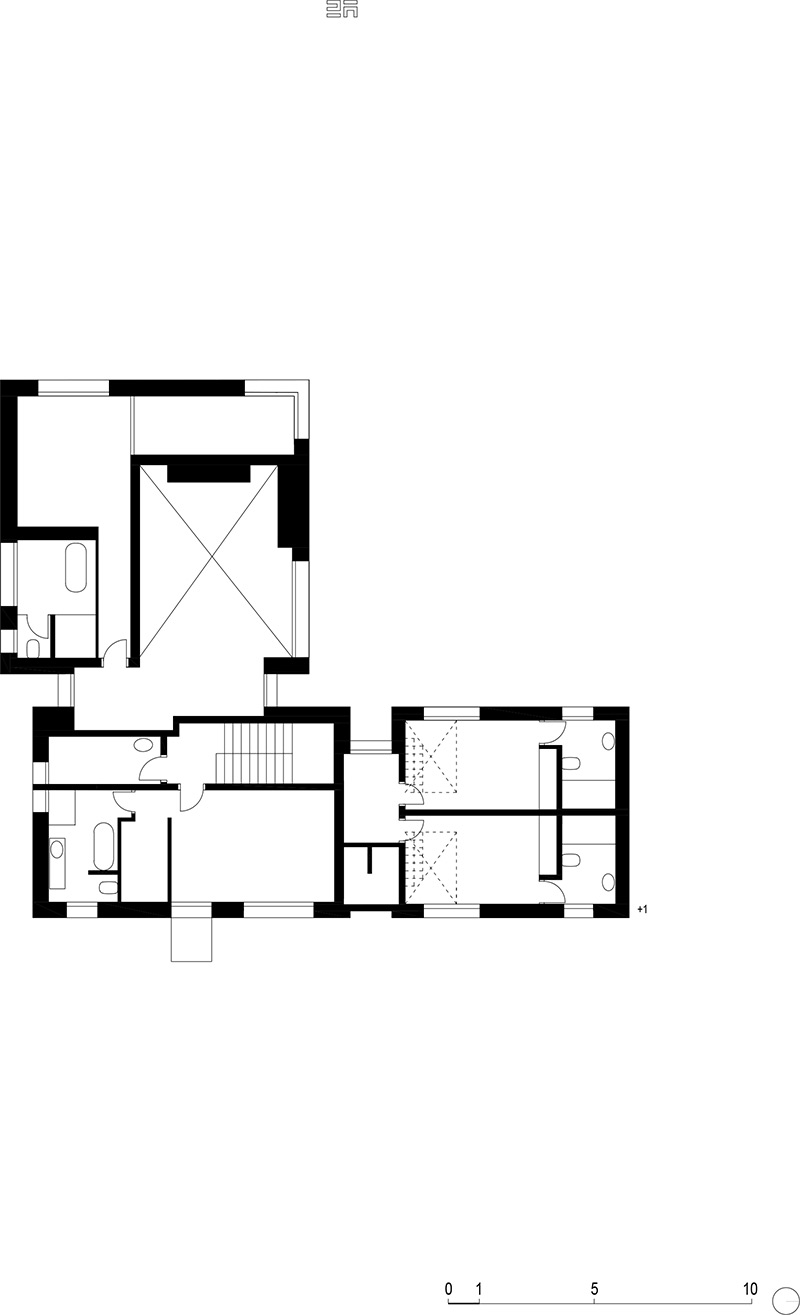 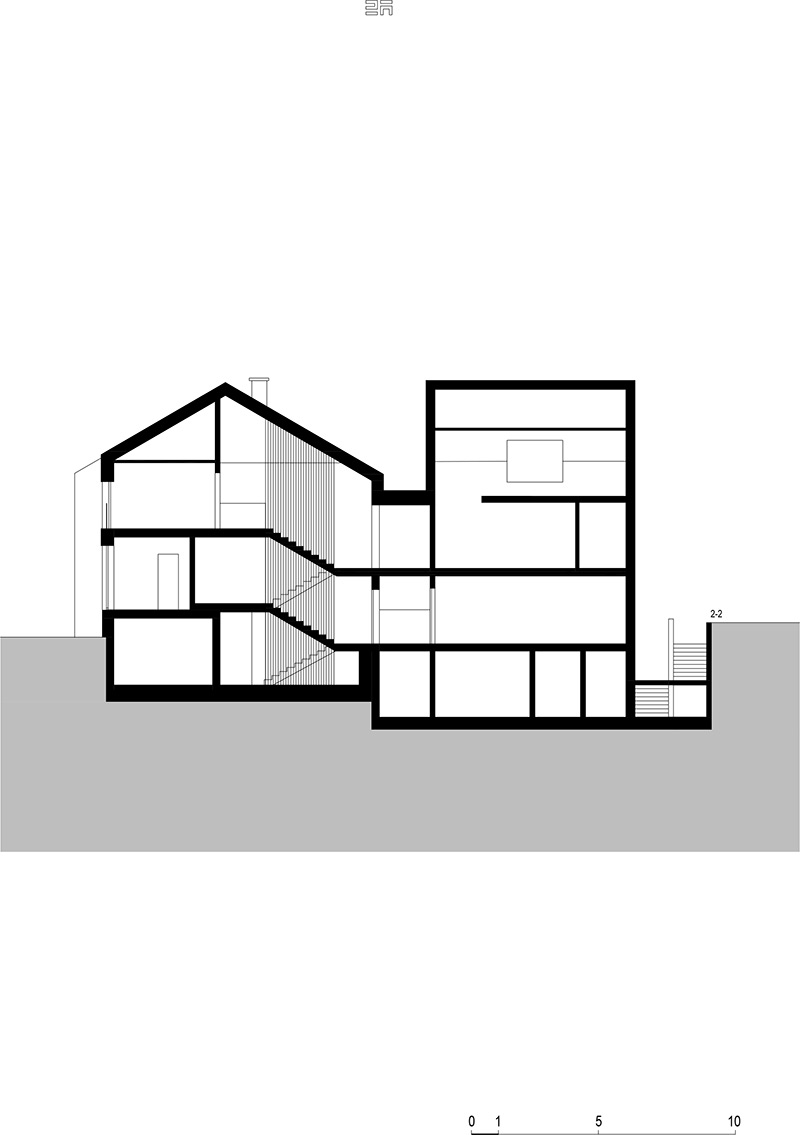 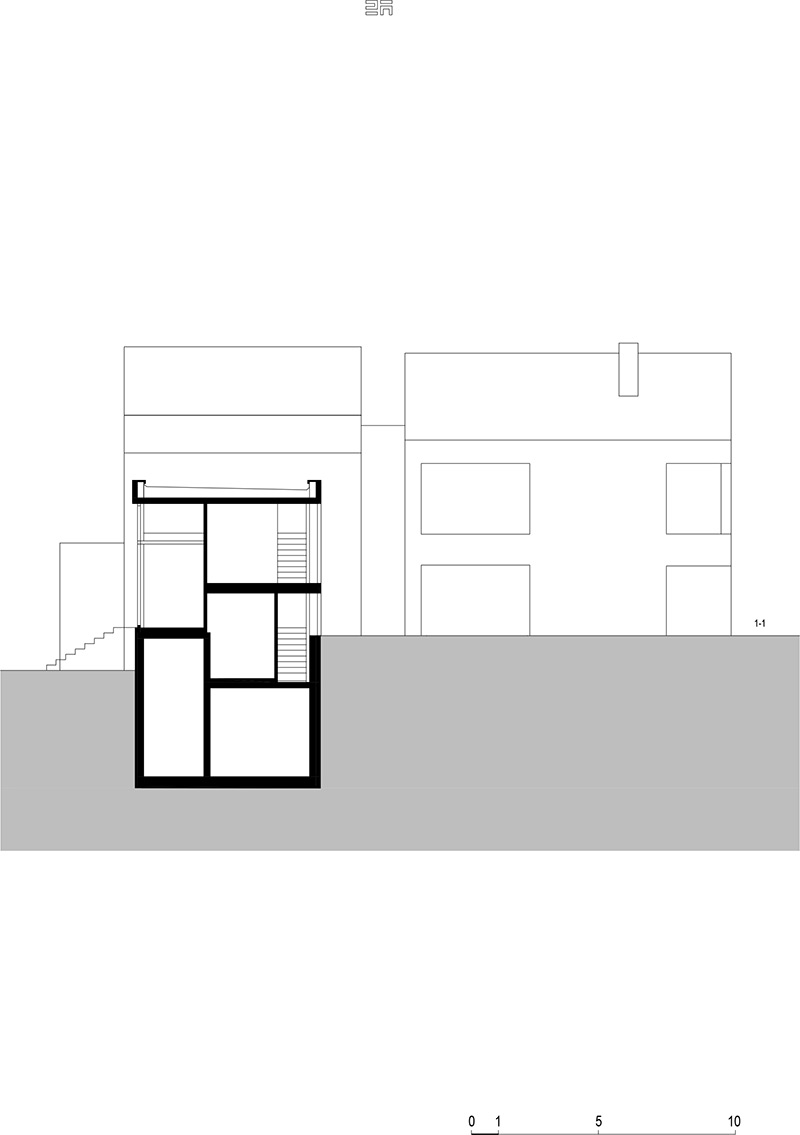