The TM kindergarten is a functional miniature where the ground floor building contains only two educational units – one nursery and one kindergarten. The triangular plot shape is an ungrateful template for a functional layout, but with the idea of preserving olives on the plot, an irregular, fluid-shape is formed, which maximally follows the shape of the plot and position of the olive trees, with atriums formed around existing olive trees. Thus trees remain present, not only around the building, but also through its tissue, emphasizing the idea of permeation of the natural and man-made.
The usable plot space is maximized and the rooms are oriented and towards the atriums, giving them an active role in everyday use. The concept of nurturing the connection with the earth and flora is further accentuated through the choice of the materials and colours. The façade elements are made of terracotta/clay with its natural tones the interior also follows these colour palettes, with a hallway storyline of river Krka and its fauna in more expressive colours. 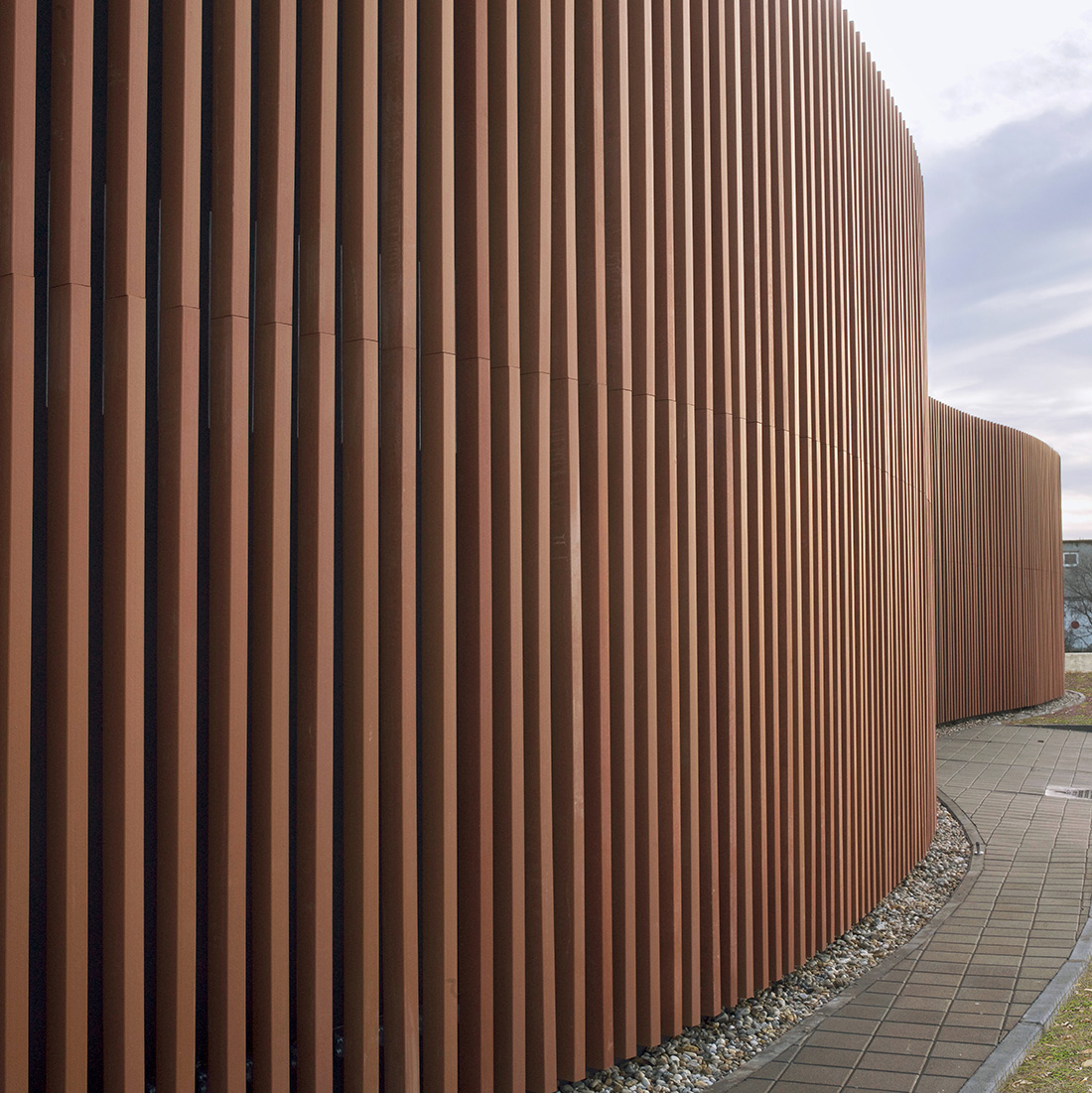 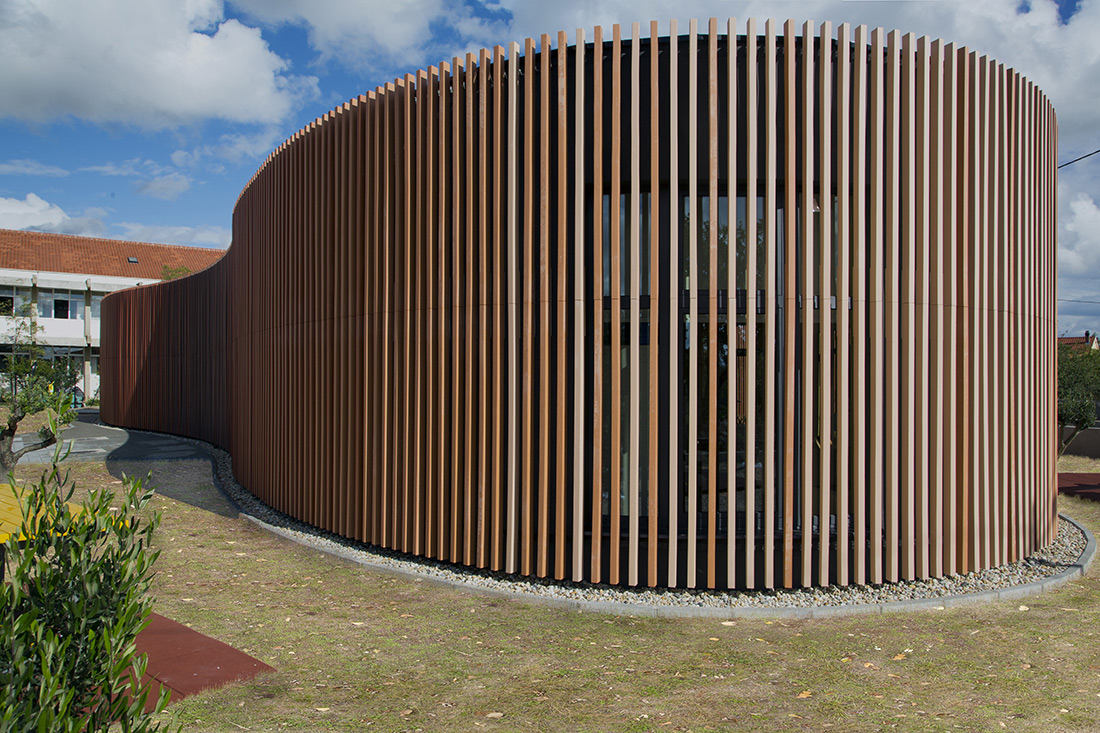 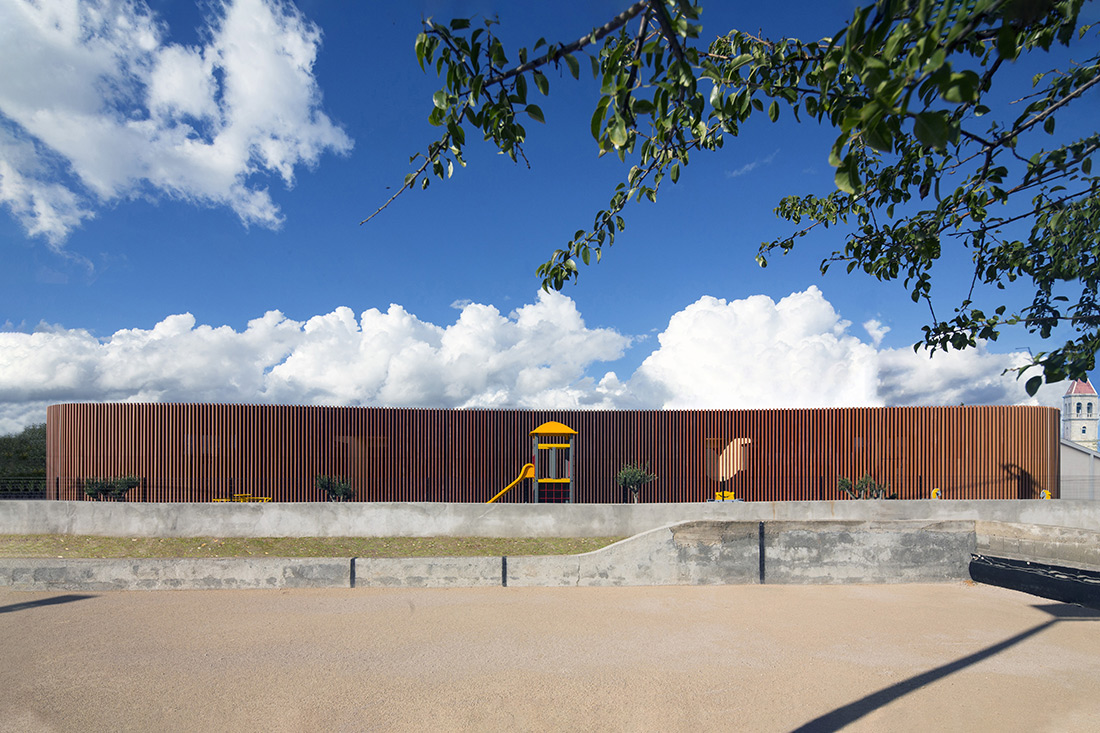 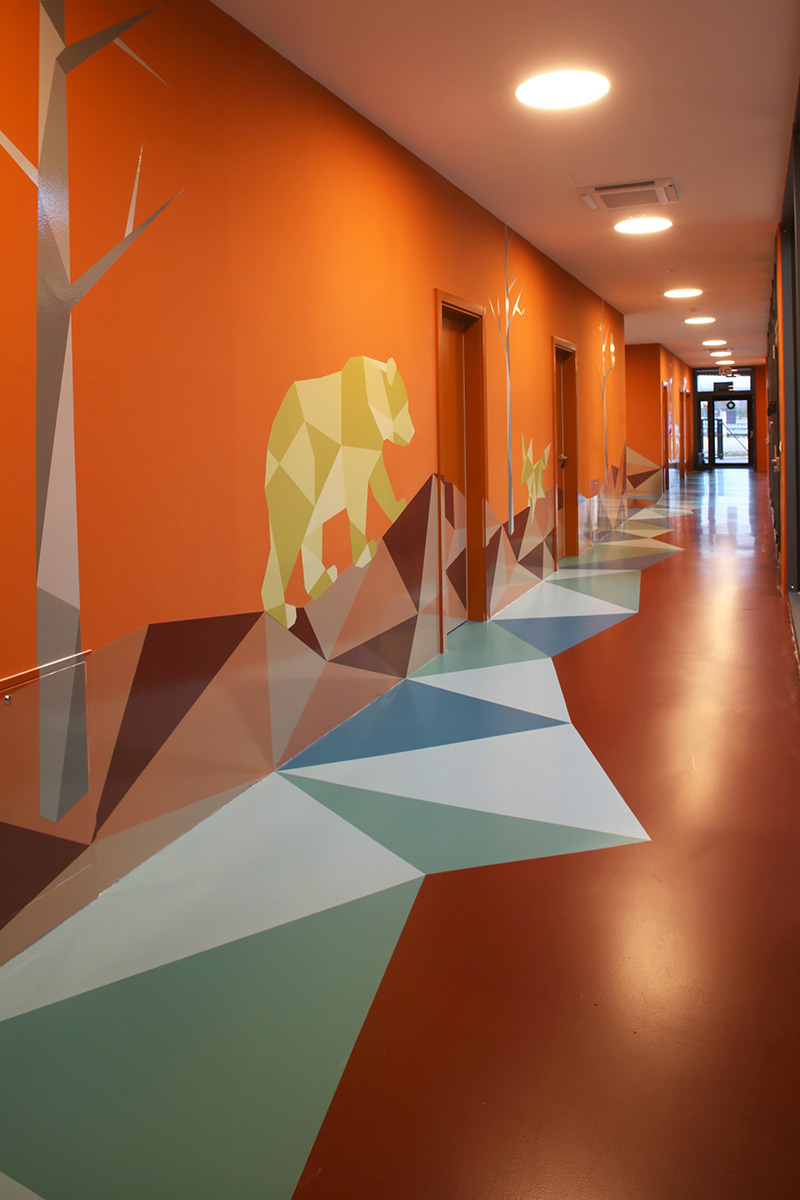 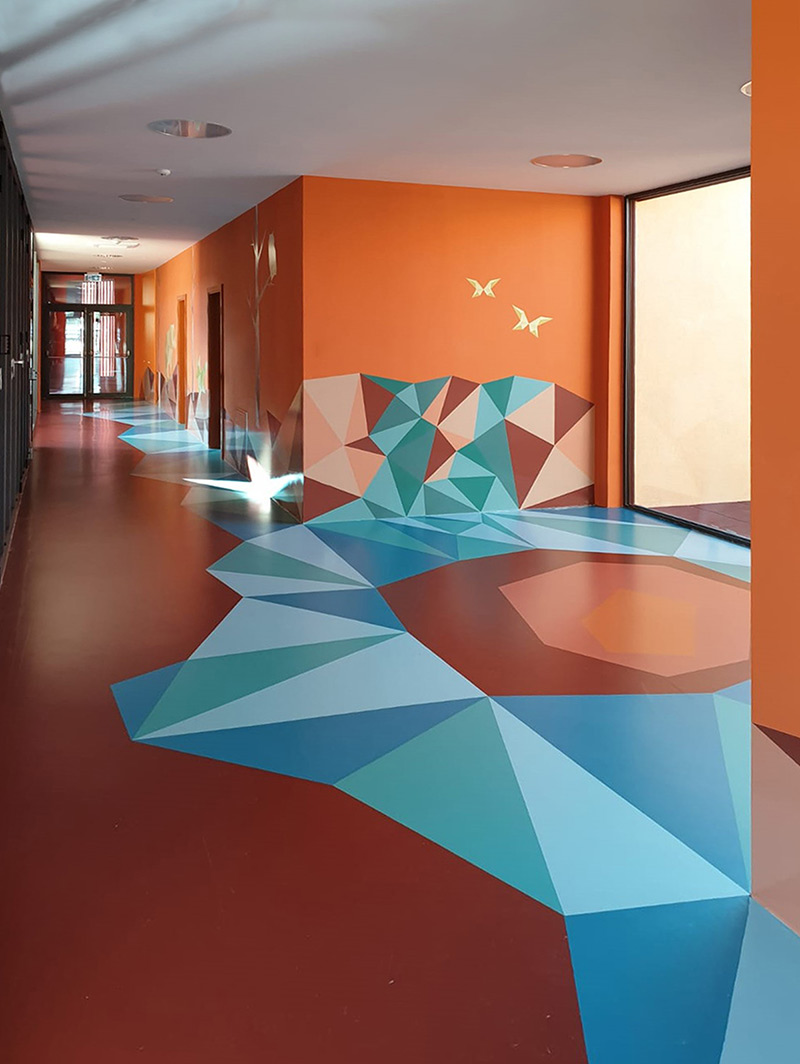 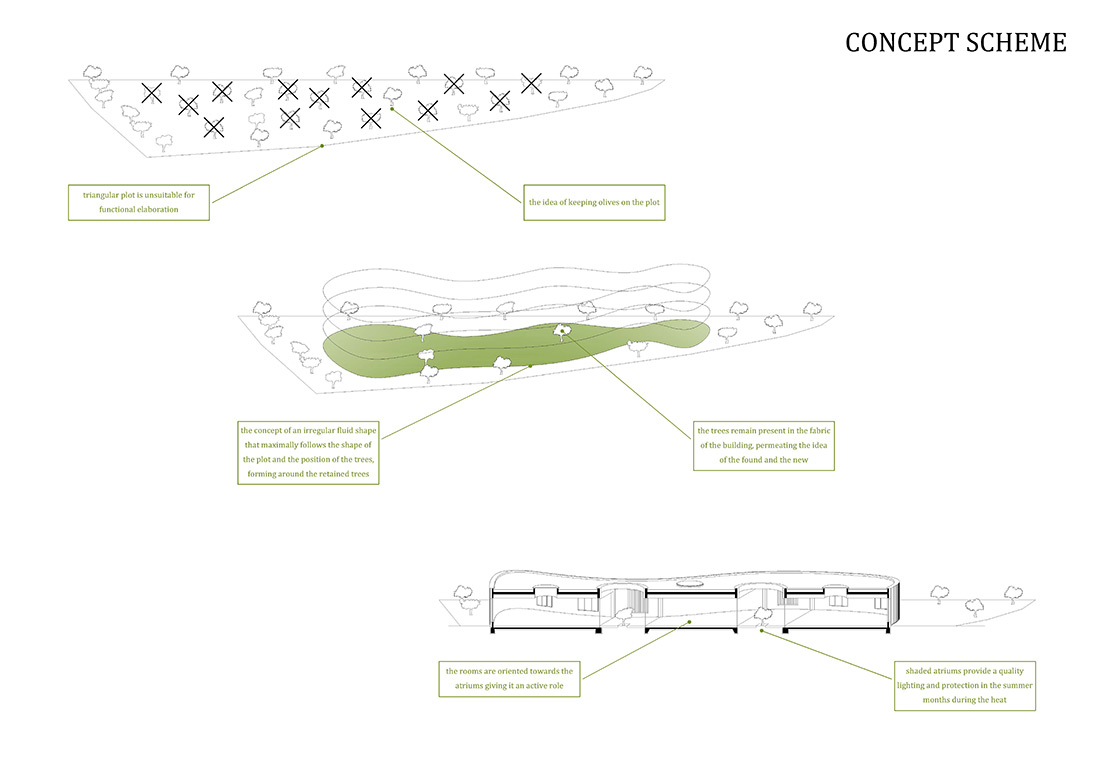 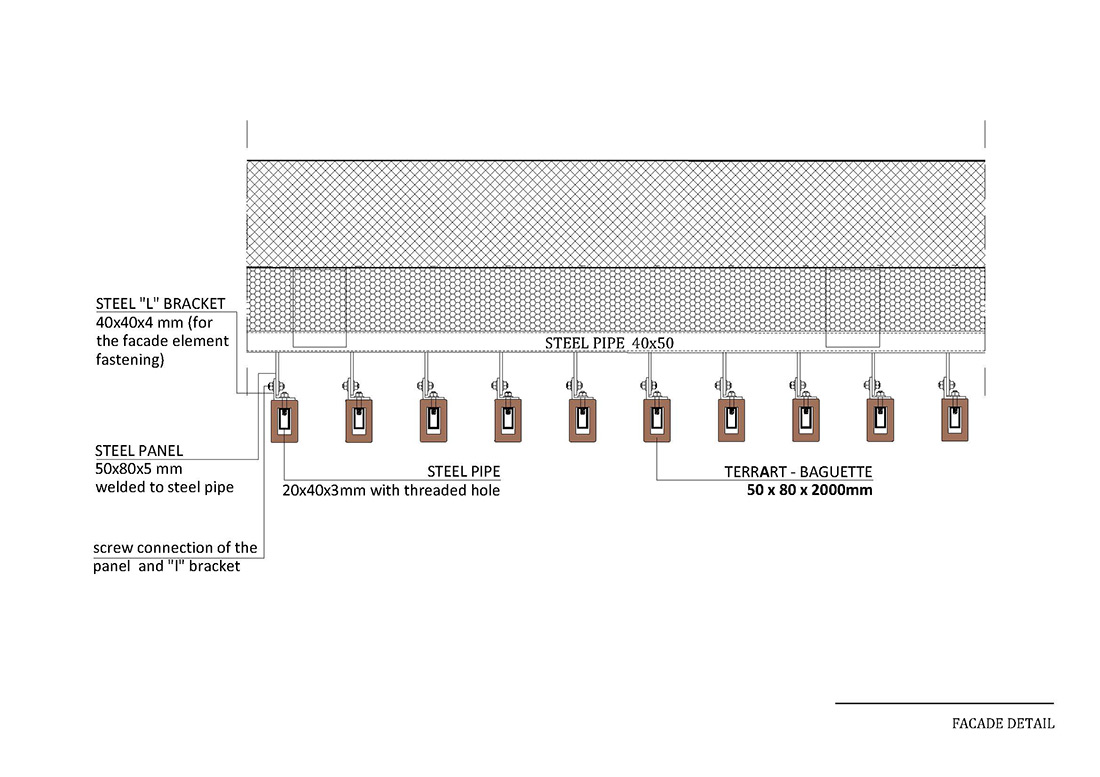 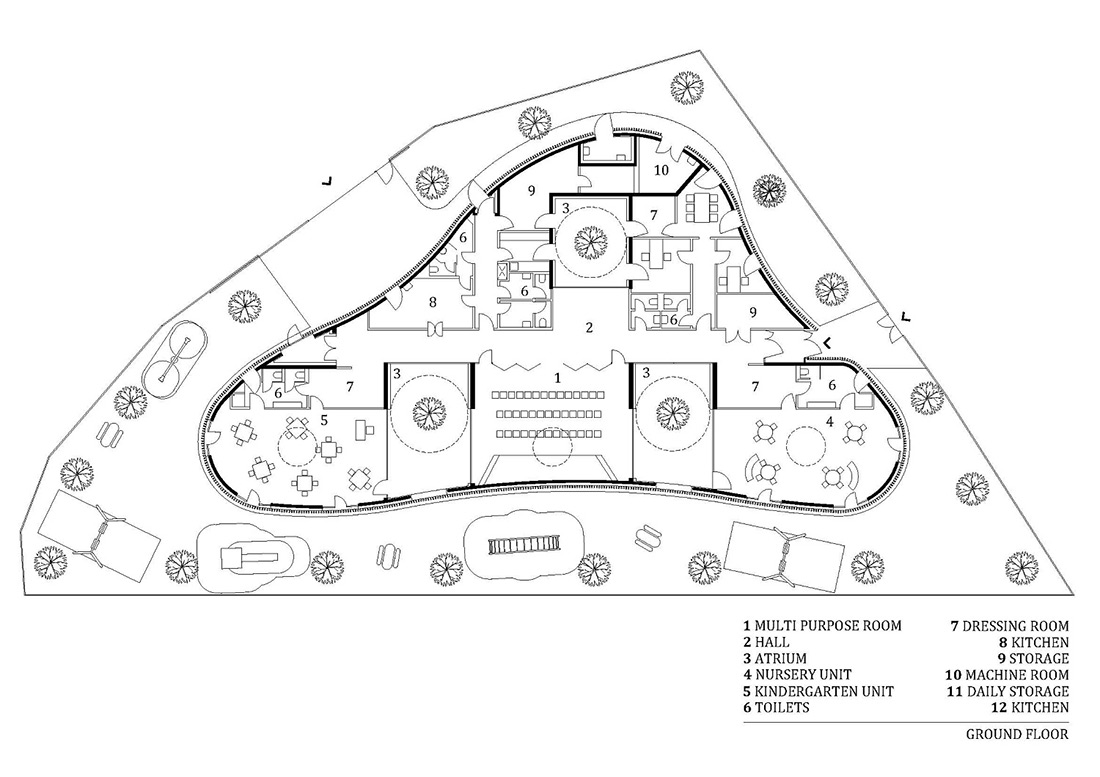 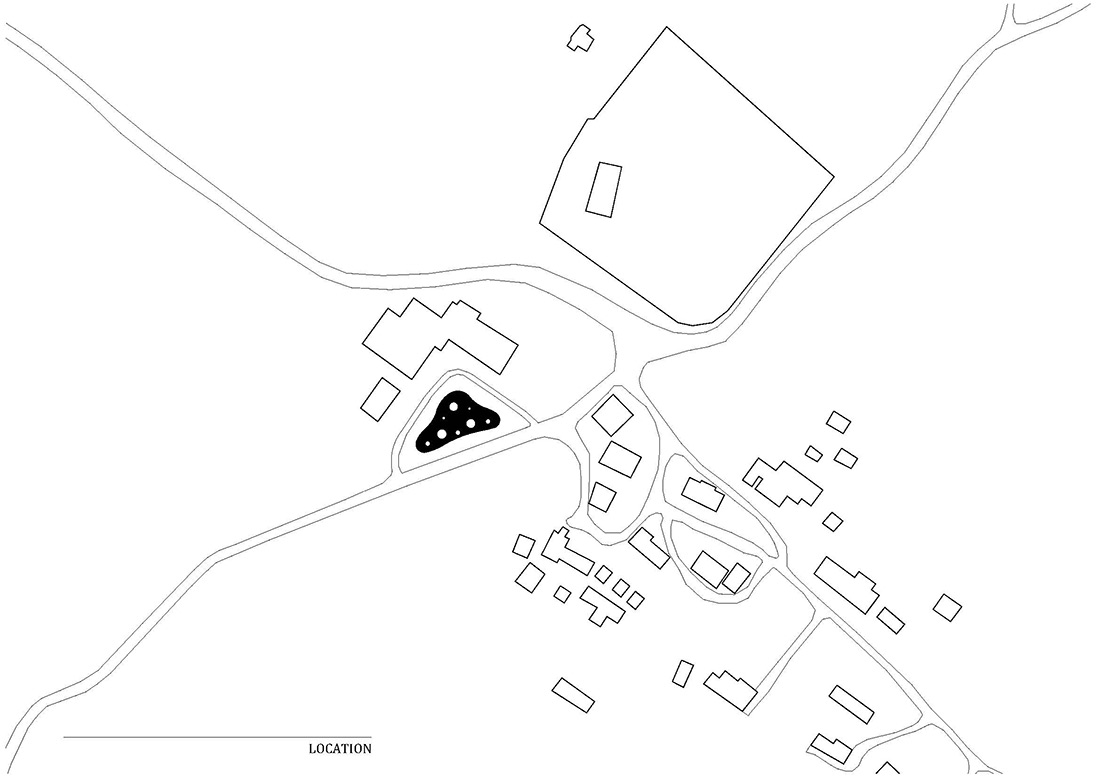 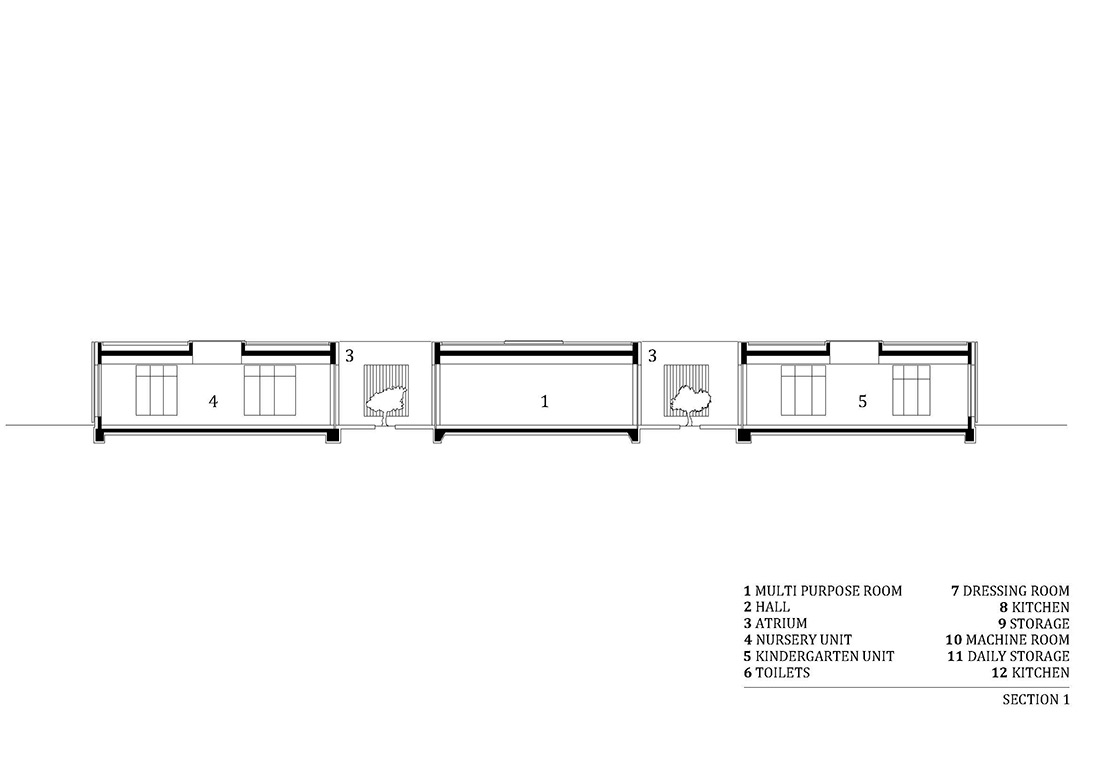