Revitalisation of the Public Space of the Centrum Shopping Centre by zerozero; Slovakia

The retail and service centre represents the main urban space of one of the residential zones of this town of 100.000. Ever since the 1970s, it has been a centre of public services, attracting pedestrian traffic from afar. An assembly of modernist structures of elementary cubic forms created an inner space, with a predominant character of a park landscaping and trees. Covered walkways surrounding this inner courtyard, which provided access to individual structures as well as a transit to residential buildings were raised in one meter over the landscaping grade, which generated certain traffic barriers. Most of the structures were sold to private owners in the 1990s, and the inner courtyard and the greenery started to deteriorate.

Overall, the area became disorganised, and the courtyard with a potential of becoming a public space was used by inadaptable, problematic citizens. Common people avoided the space, unless it was for a quick transit through the area only. The basic principle of the design lies in connecting different elevations through an embedded “carpet”, which integrates traffic routes, assembly areas as well as public spaces dedicated to relaxation. The carpet eliminates barriers and opens the interior space for the movement of pedestrians. The greenery, consisting of 43 solitary trees, is arranged in a regular triangular grid of 6 x 6 x 6m. The geometric nature of the landscaping design helps to clearly define the central area and grants it a new identity. “The new topography” creates a transparent scheme, bringing due order to the “square”. Paved area has become a backdrop for the play of individual layers: the greenery, the street furniture, the illumination. At the same time, it is an image plane reflecting individual activities and the movement of people. The topography of the carpet has been defined by a triangular grid of individual expansion blocks, corresponding to the landscaping pattern.

Despite the initial controversy due to a wide application of concrete surfaces, it did not take long for this place to become a very popular destination, especially for young people who enjoy it to the full. Regular patrons use this barrier-free space not only for transit, but enjoy staying there, which fulfils the ambition of its transformation. Several social and cultural events took place there already, which helped this space to regain its legitimacy within the framework of the residential zone, fully serving its purpose now. The carpet is composed of brushed, poured concrete, complemented by lawn patches and wooden terraces. A water feature consists of three elements, in different parts of the square.

What makes this project one-of-a-kind?
The basic goal of our design was to create a lively urban space. Linking the individual height levels by introducing an embedded “carpet” , which integrates a functionality of a square, traffic spaces, places for spreading out and gathering, as well as areas designated for relaxing and urban sports. 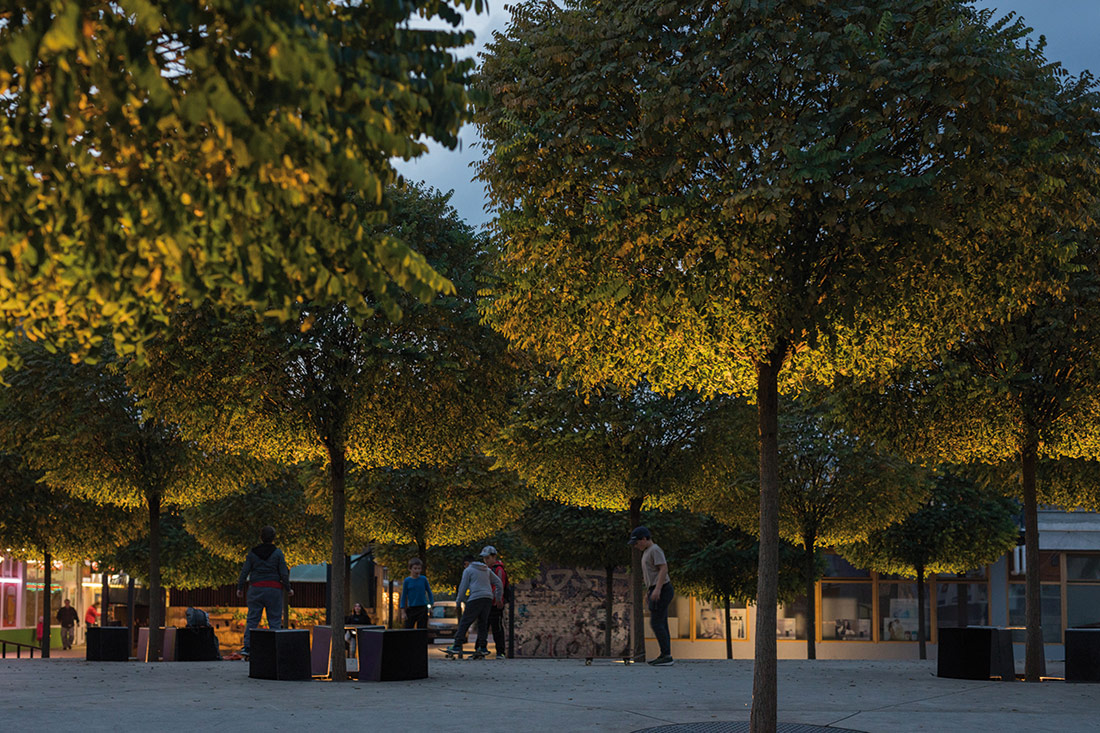 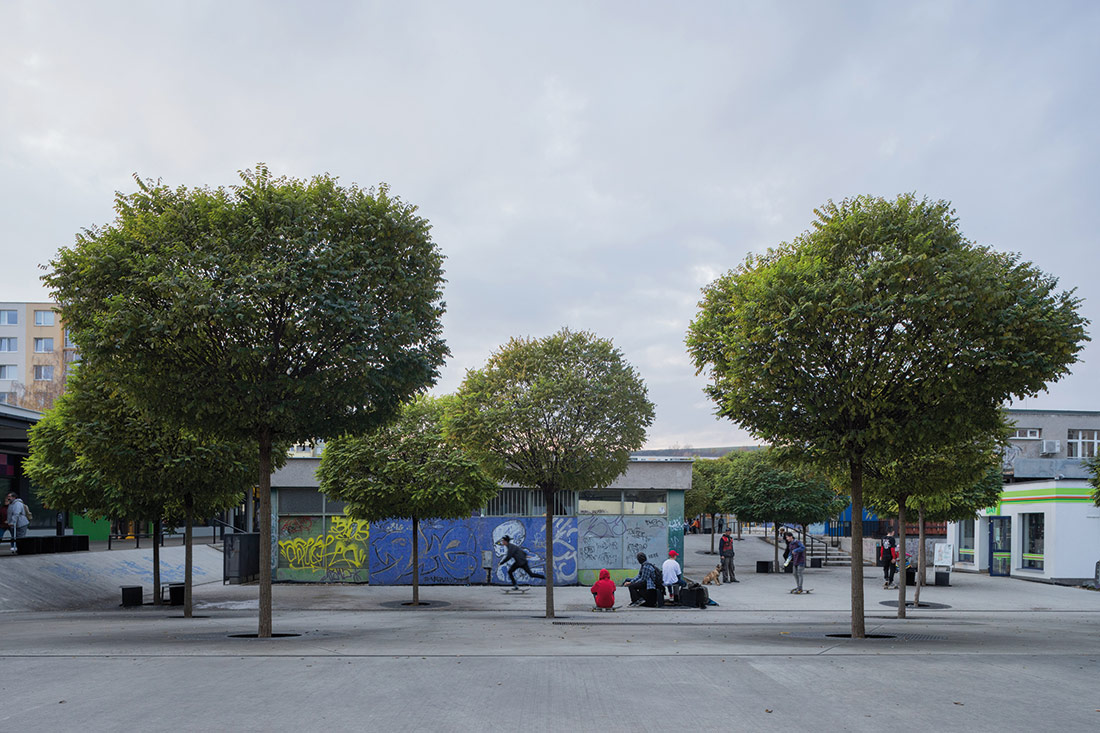 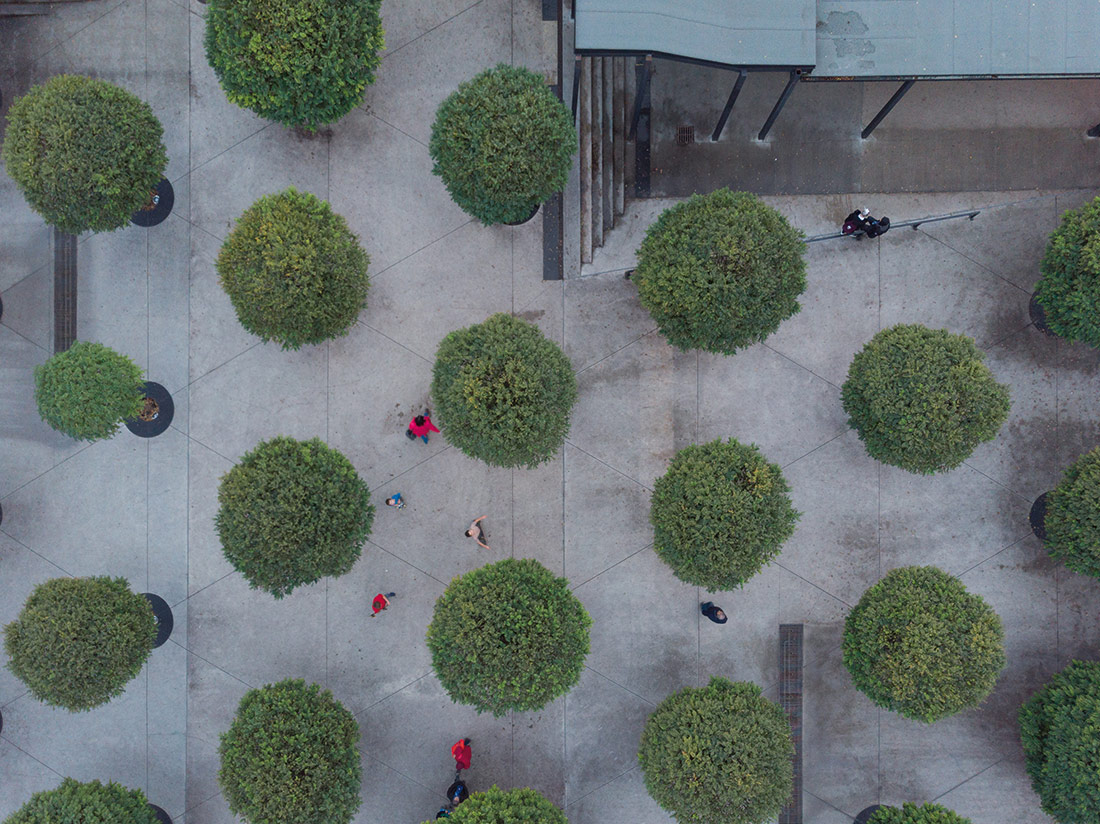 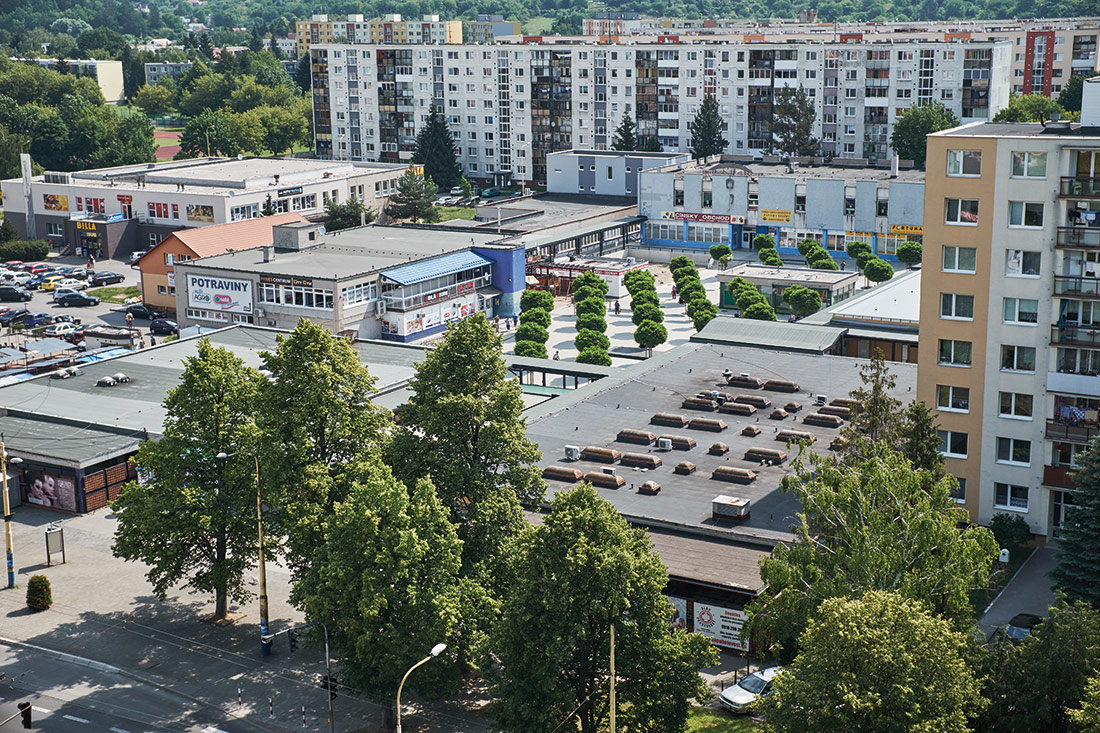 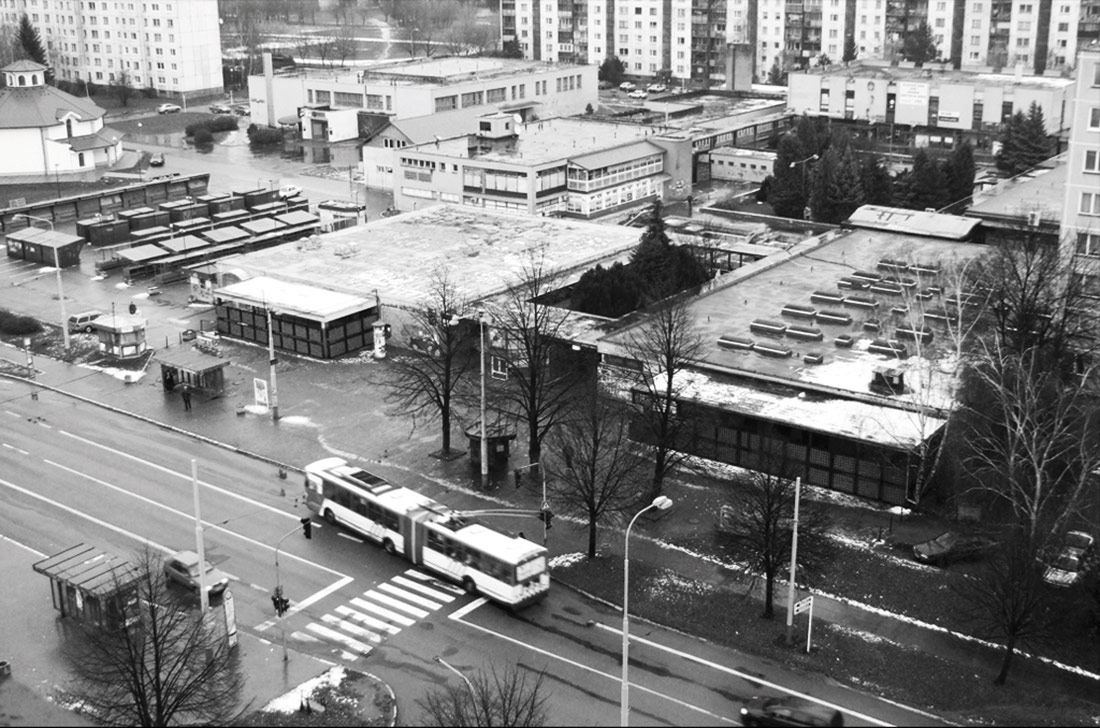 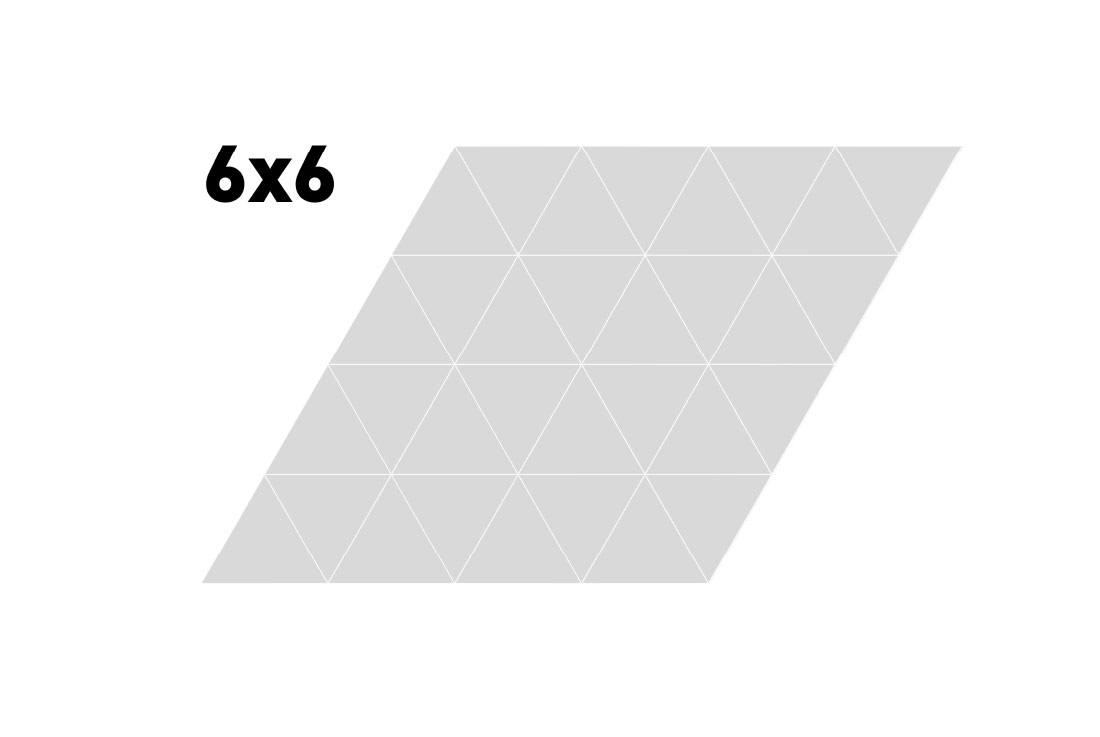 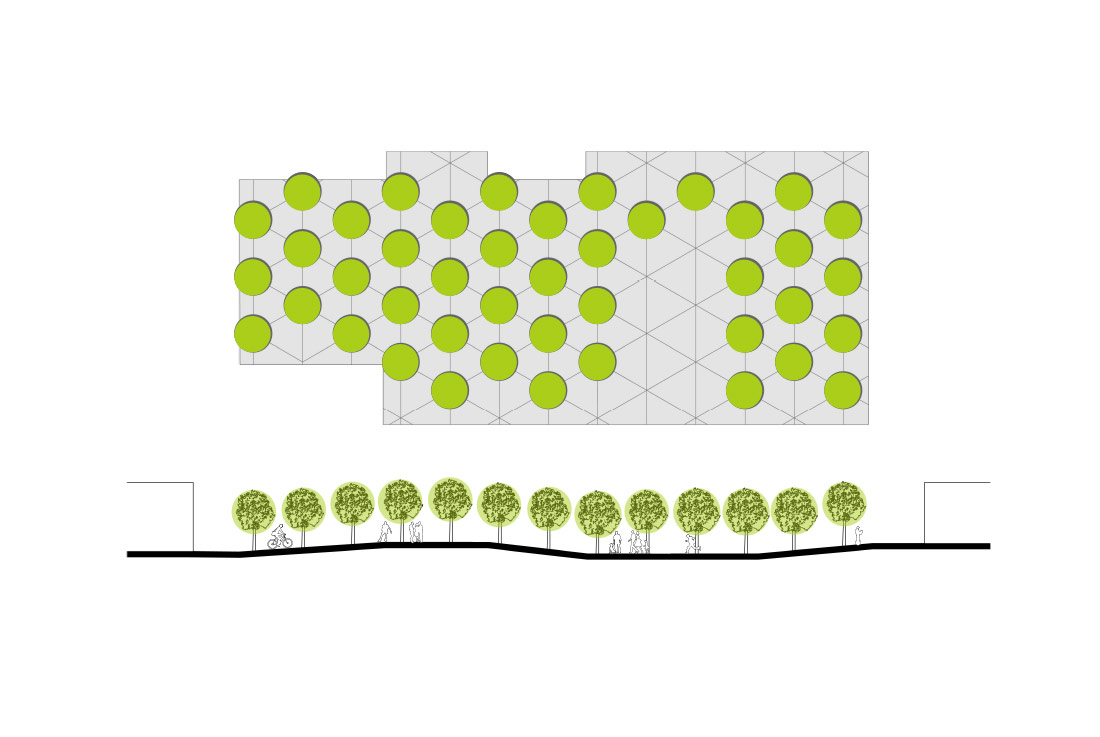 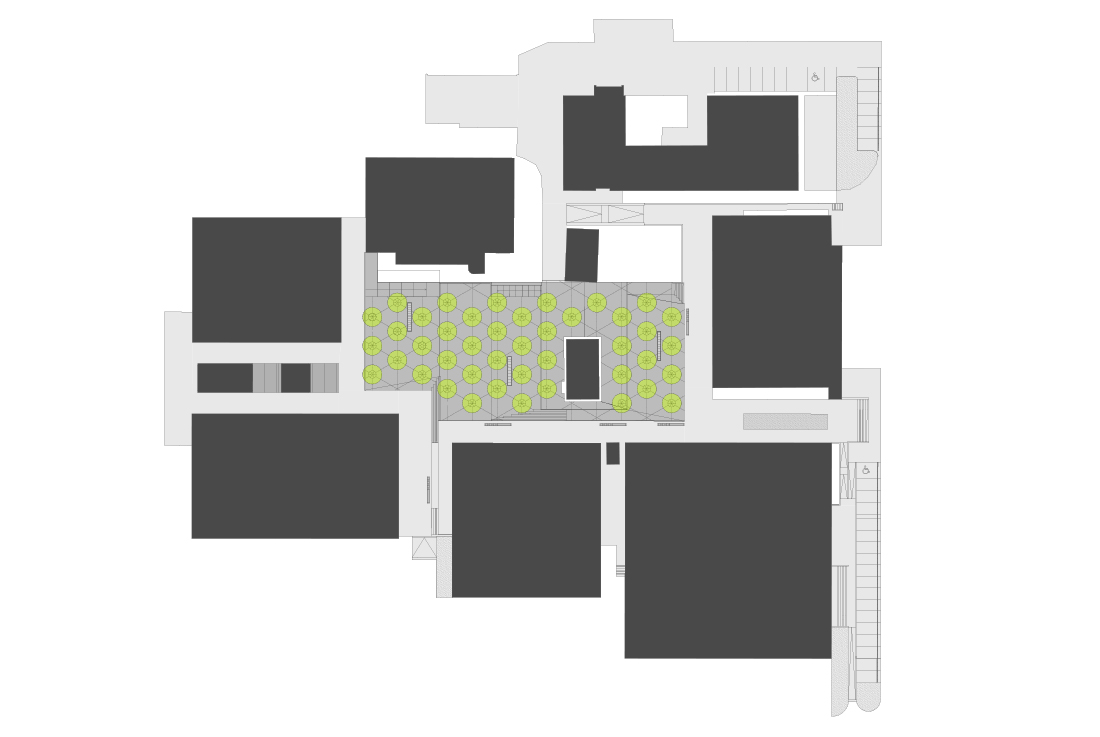