A new restaurant called „U Tellerů“ was opened on Jiřího z Poděbrad square in the heart of Prague. The client, successful restaurant manager of well-known Prague´s restaurants Mincovna and Tiskárna likes to make connections between the genius loci, history of the place, and his new gastronomy spaces. This man Libor Vedral called us to re-design the interior of the old Prague historical house. Originally there was a pub, an old beer house, owned by Teller´s family. Teller means a plate in German and this symbol of a plate becomes a leitmotiv. We cooperated with DL Studio, by Tomáš Hrubý. A synergy of place and client lead us to design an interior based on the motive of a circle. Plates as a base material are used on the walls, tables, and even in the bar with a typical cooper beer tower. We designed four main round lights which dominate the space. It is made by a local master locksmith. Grand glazed windows offers the view on the Jože Plečnik´s church Nejsvětějšího Srdce Páně on Vinohrady quarter. 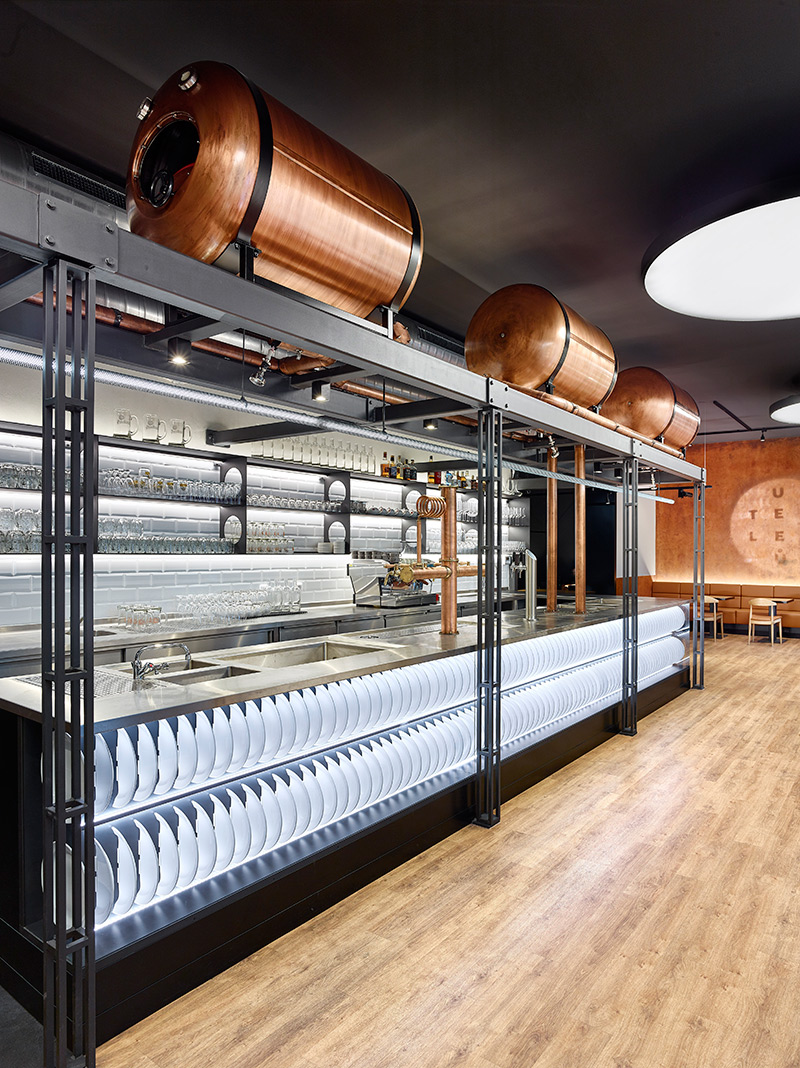 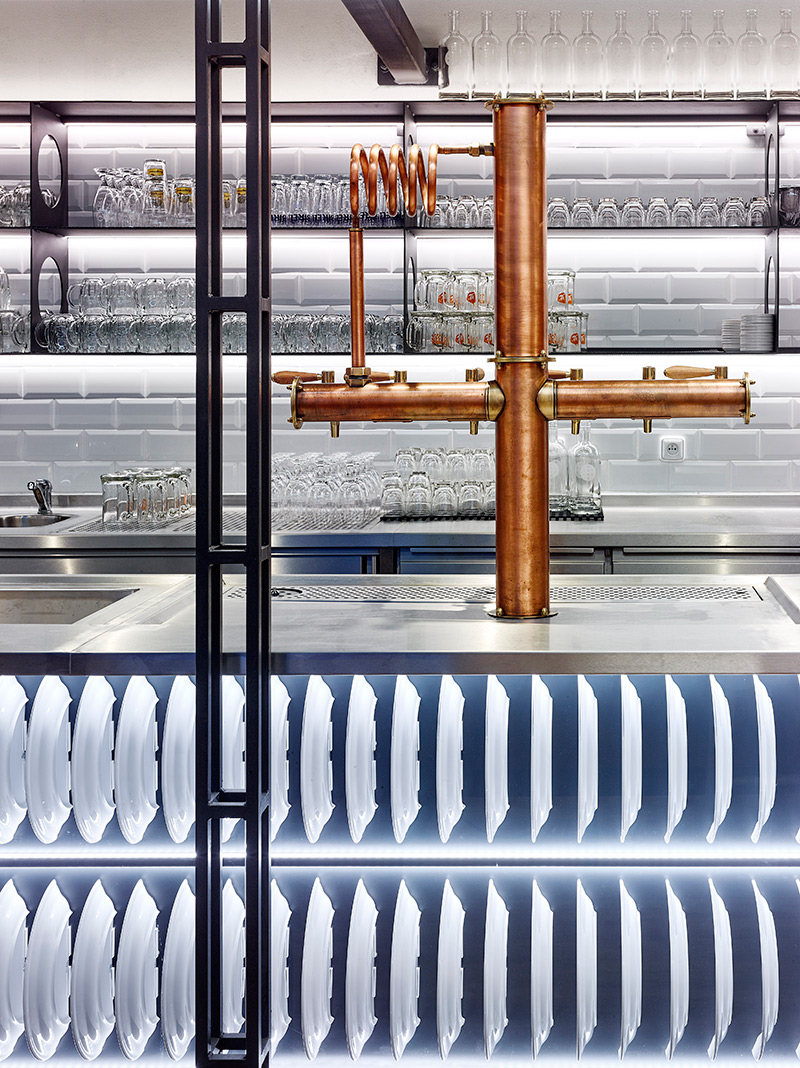 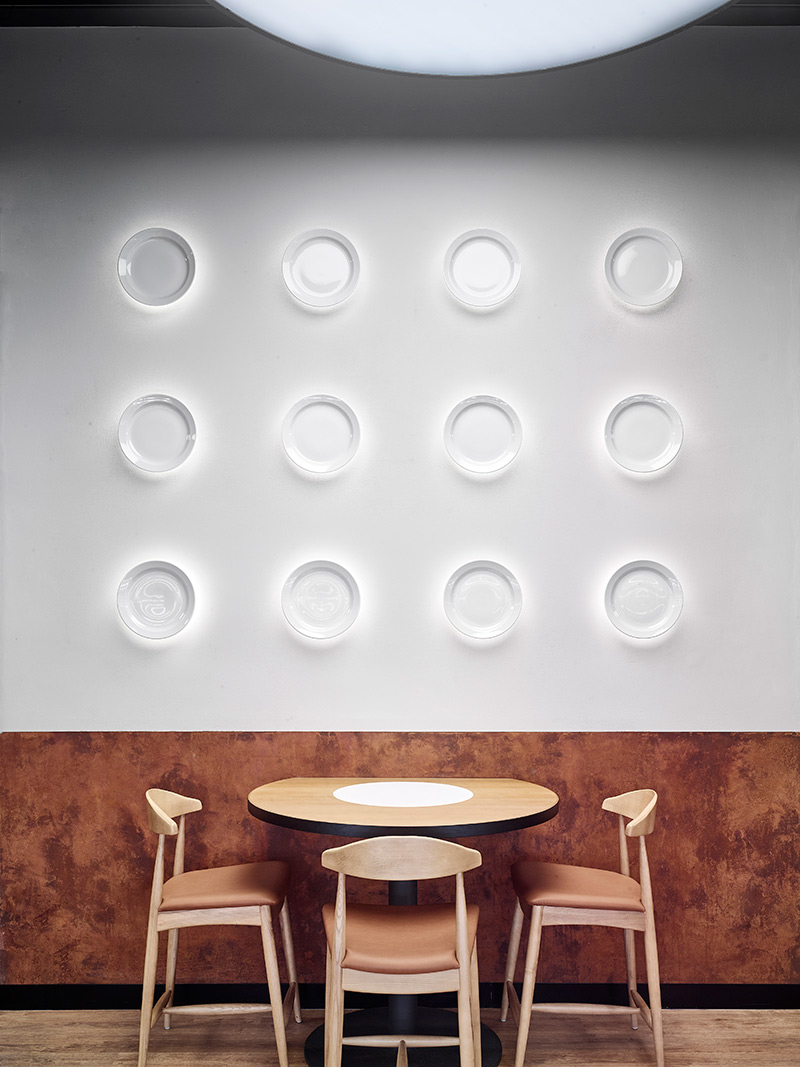 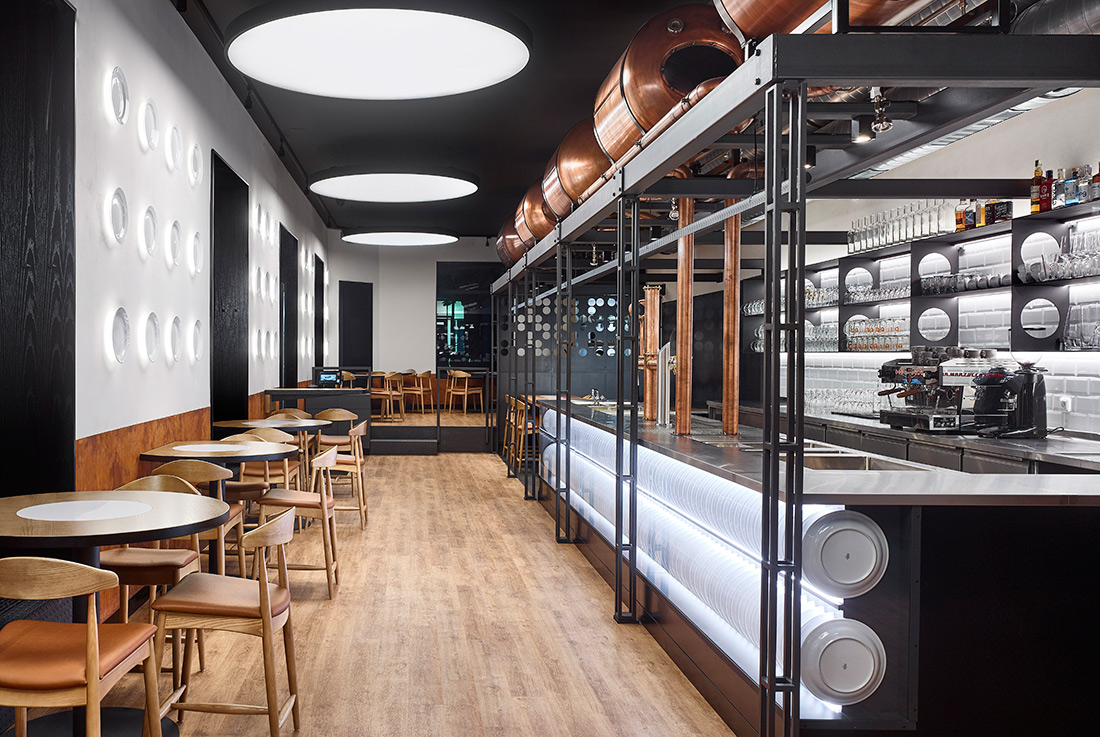 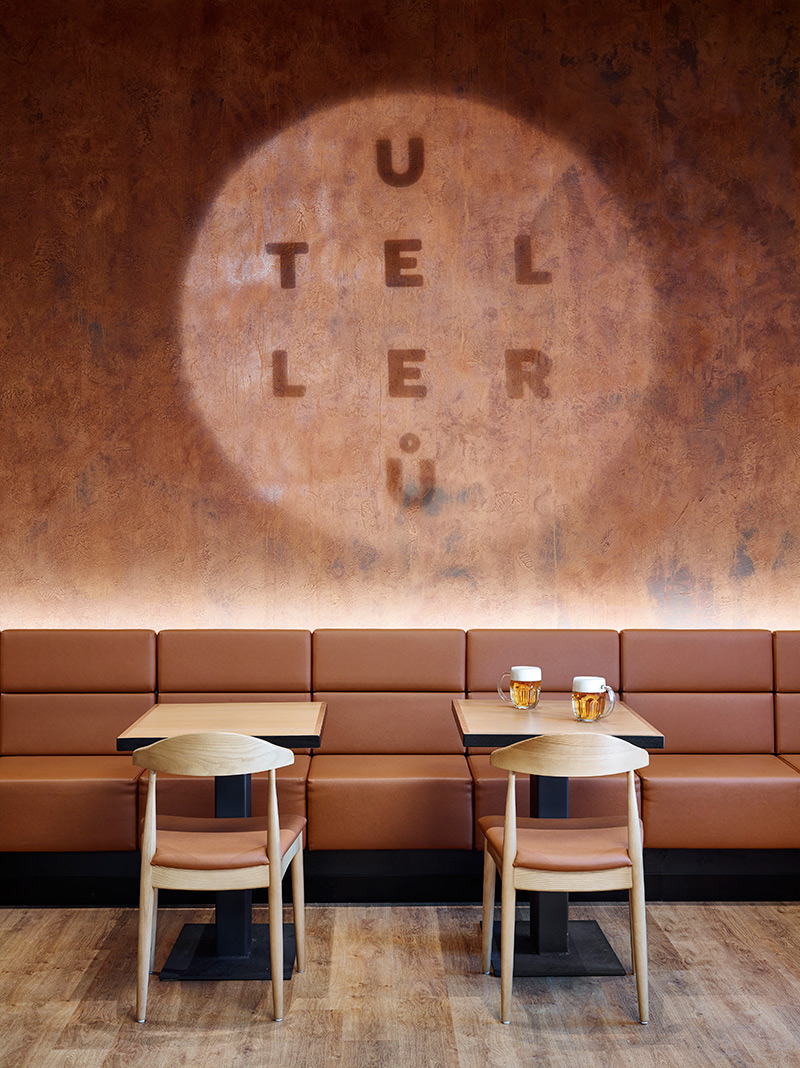 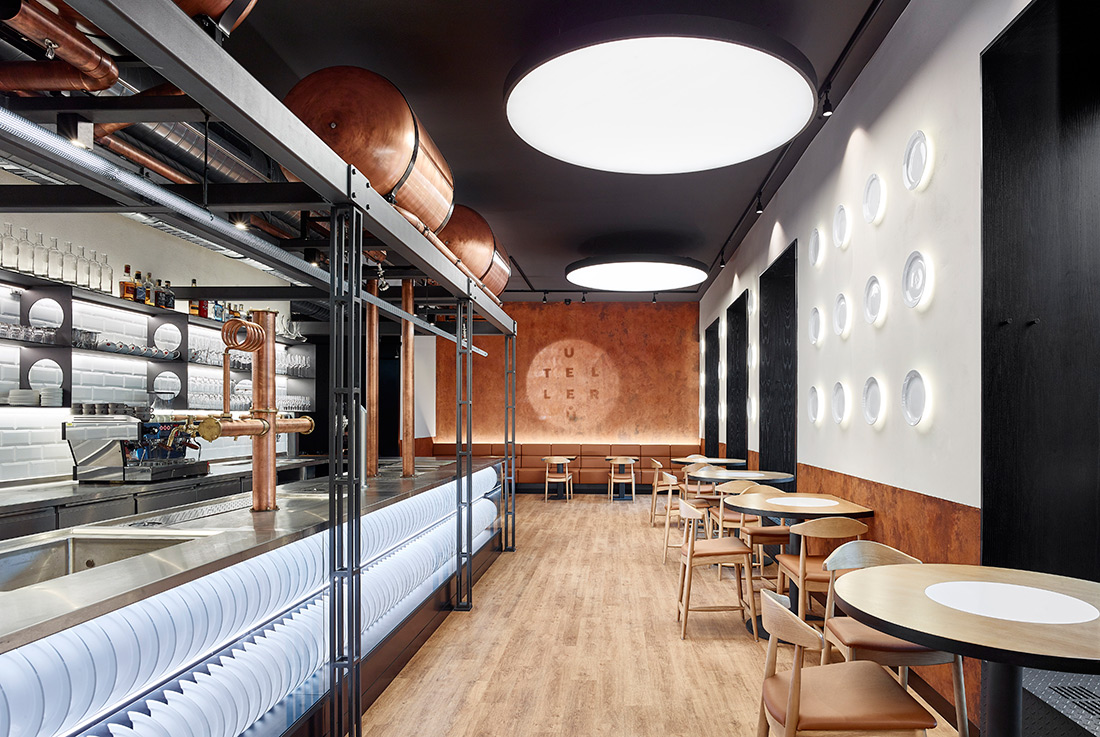 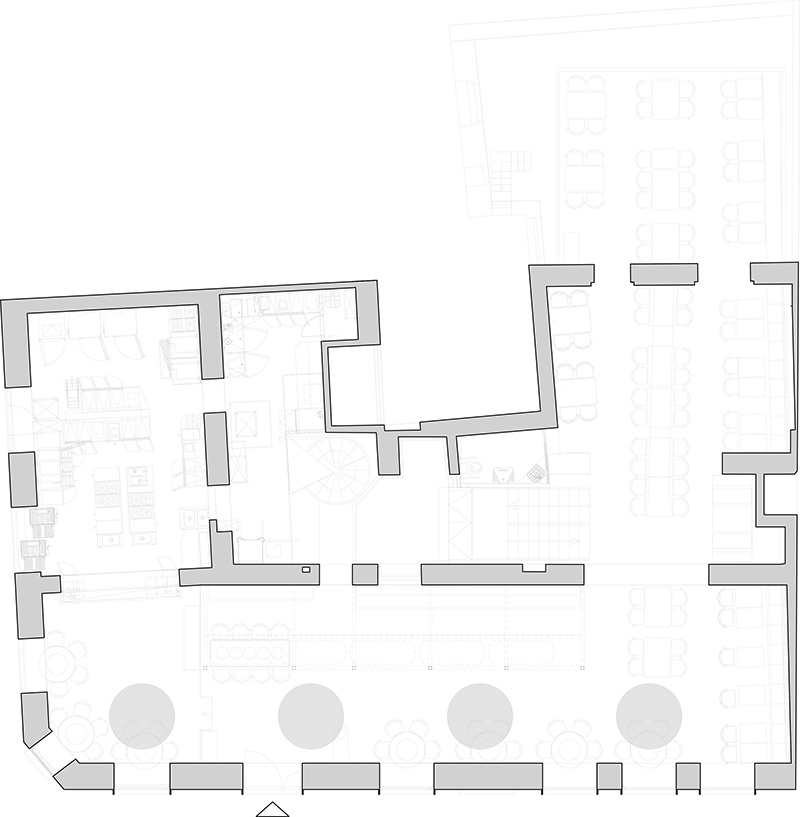