The concept of this renovation was based on minimally invasive procedures. It achieved quality space for teaching, research and artistic activities, while preserving the key architectural elements of the building. The street facade has been entirely preserved, with the only exception of transforming a service entrance into the main entrance of the exhibition grounds for the House of Architecture. The courtyard facing facade was enhanced by adding an elevator, a gallery and a fire staircase. The new rhythm of facade openings in the courtyard wall and the black panels of the staircase discreetly introduce a modern image of the building. Its new concept is adjusted to the building structure and its architectural details have been preserved as much as possible. Above the entrance staircase there are three big classrooms, with smaller teaching rooms to the east and west. The underground level houses workshops and a multi-purpose space, used as summer school premises and as an extra exhibition space. 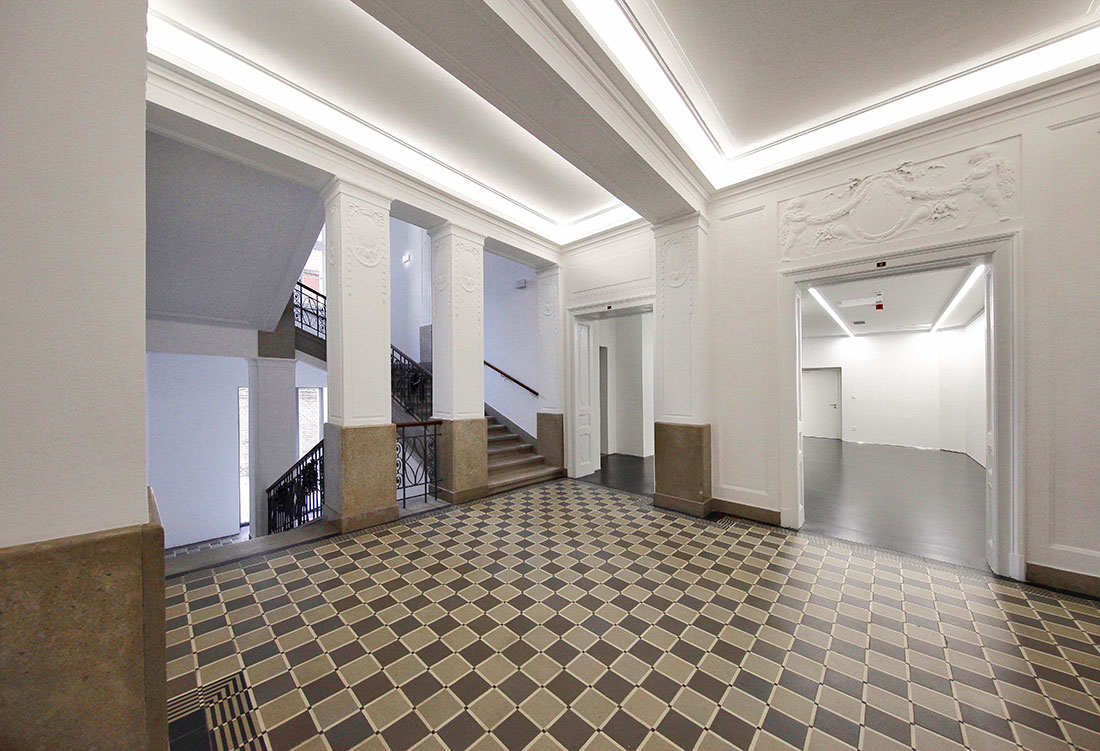 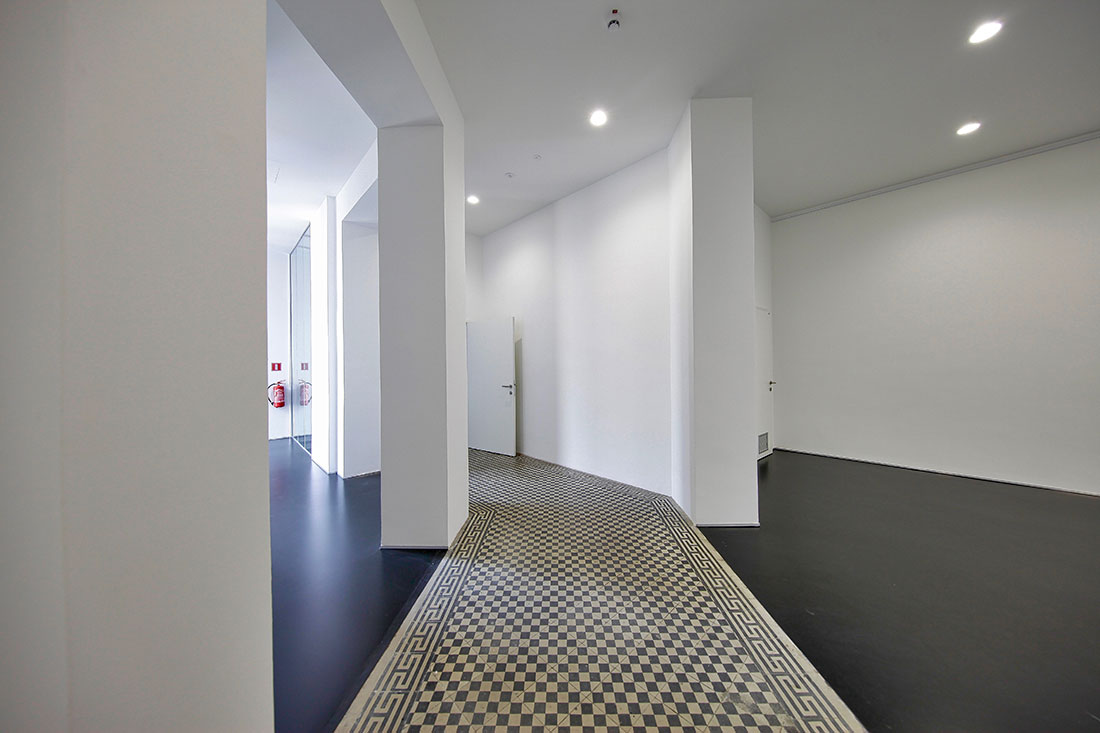 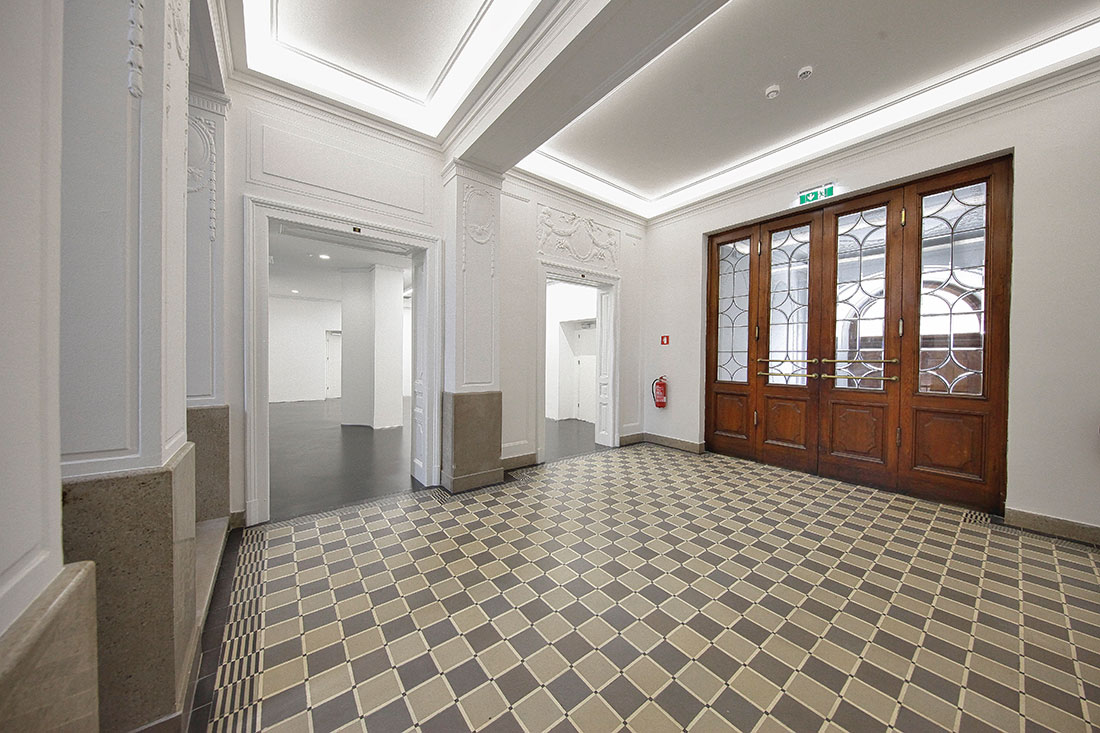