„In Paradise“ was the name of the original village which was later engulfed by town of Lázně Bohdaneč in the 20th century. The village square suggests the original concept. One house is different though. Maybe a school or a post office. It is high with wide windows and flat roof. The scale and size is larger than the surrounding houses. Nothing seems wrong here but the truth is that the house is neither a post office nor a school. Just like the surrounding houses, it is a family house. And its reconstruction was our task.

ARCHITECTURE
The crucial part was to realize that the house is 1.5 times larger than surrounding houses.
The ´two-house´ division is visible in windows, gables and inside layout of the house. The smaller house is the representative part. The living room, study and hall are located there. The larger house represents the family environment.

SITUATION
We have adjusted the original condition of the house. Especially valuable are two neighbouring rooms with arches. We have turned the coved vault room into a dining room. The conical vault room became a kitchen. 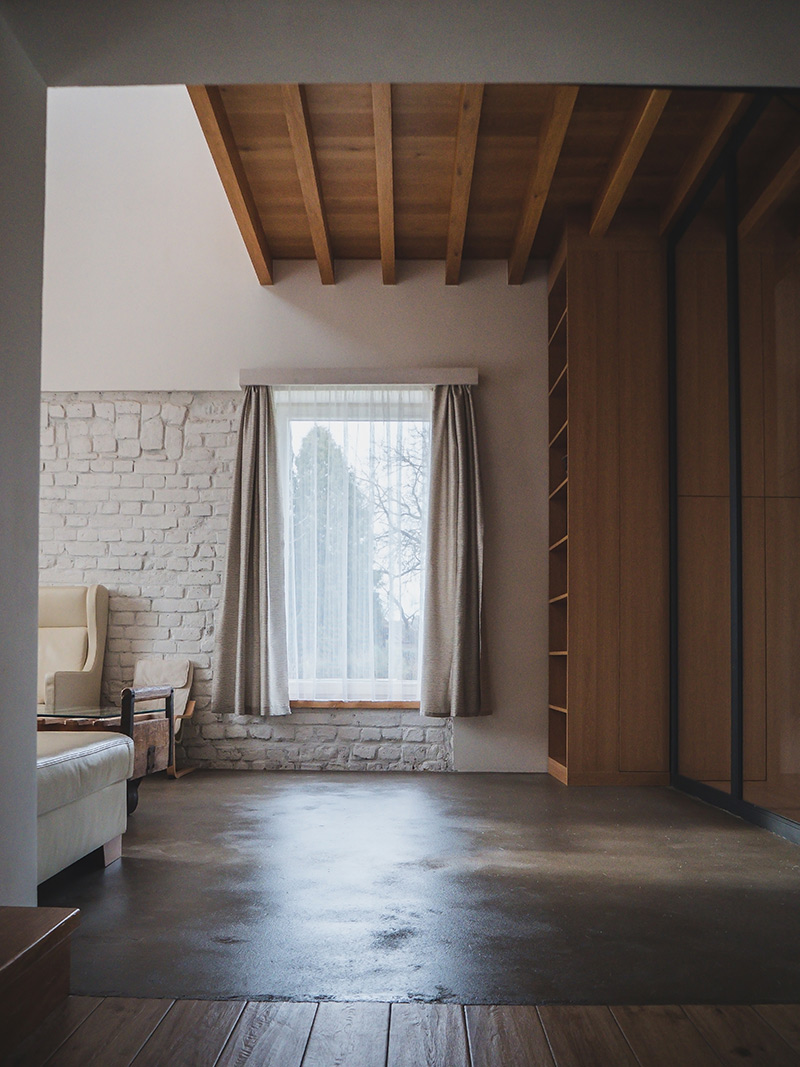 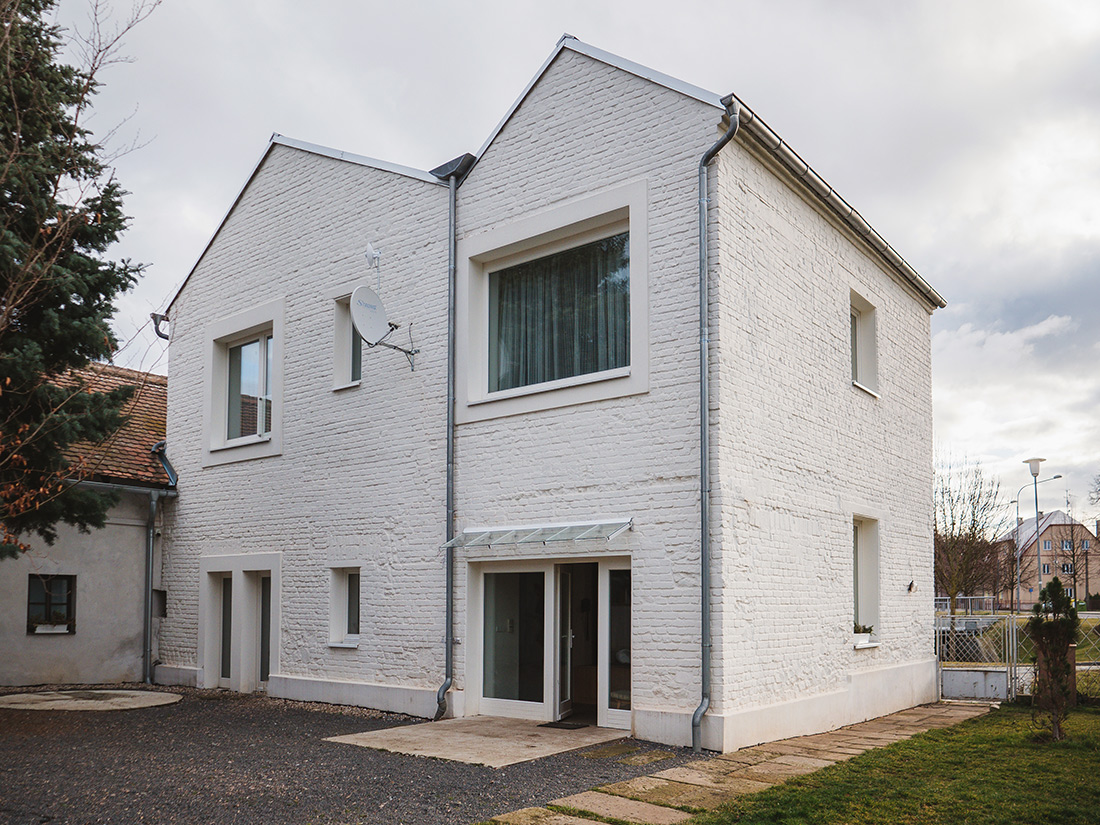 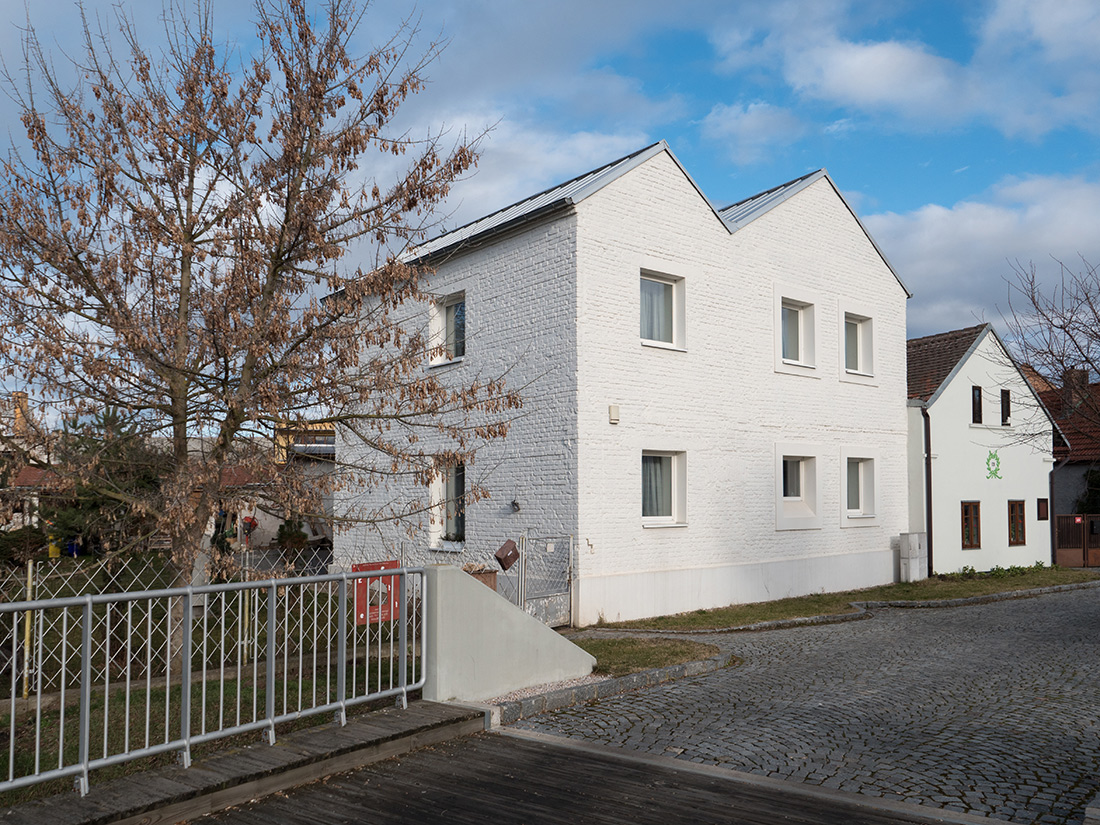 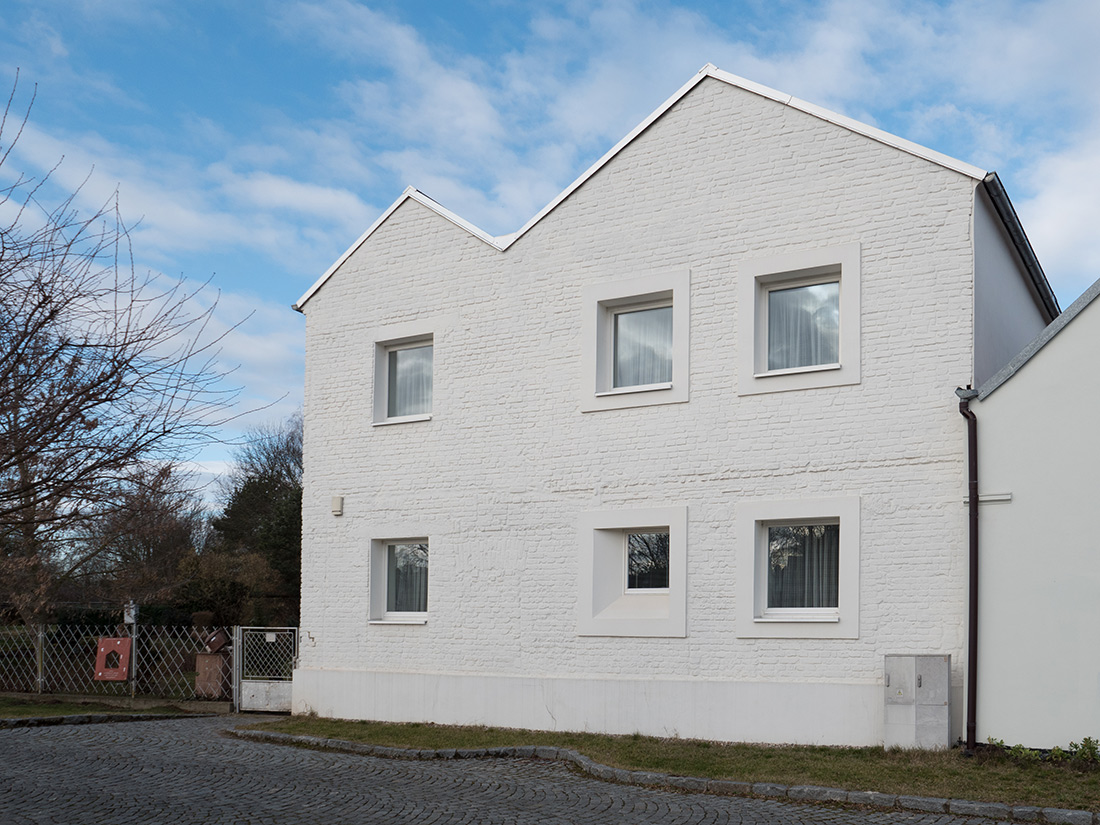 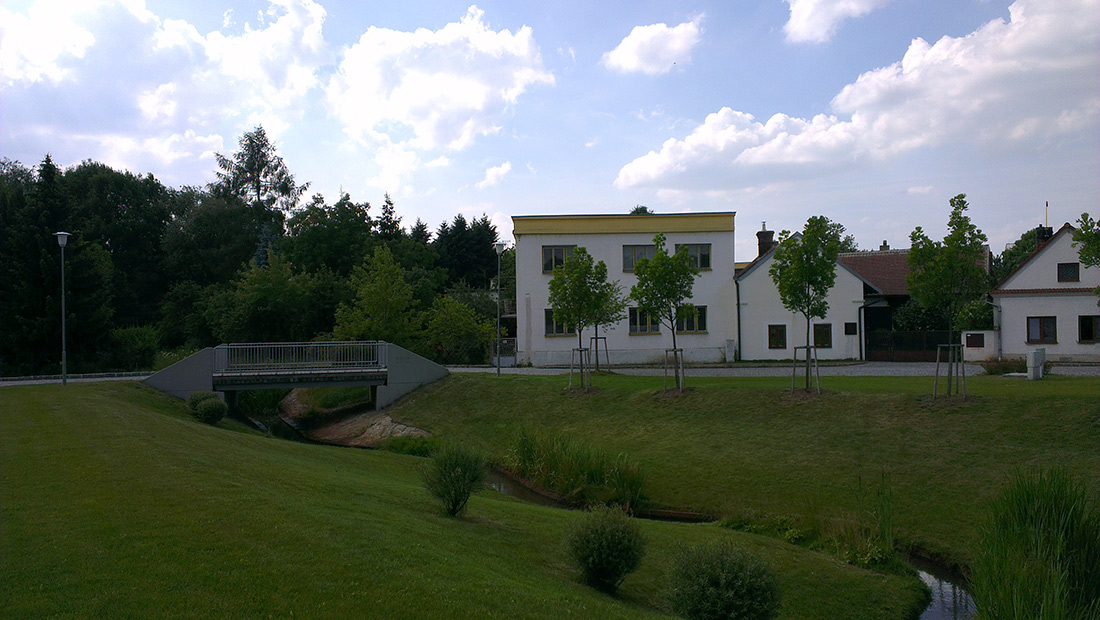 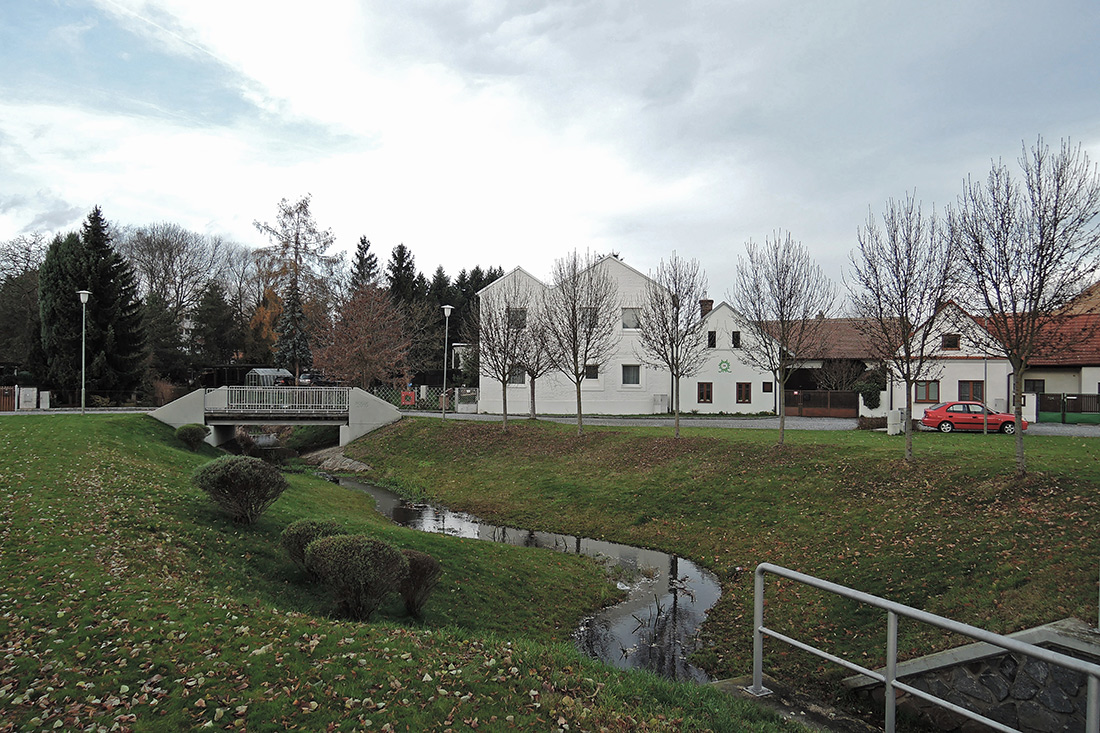 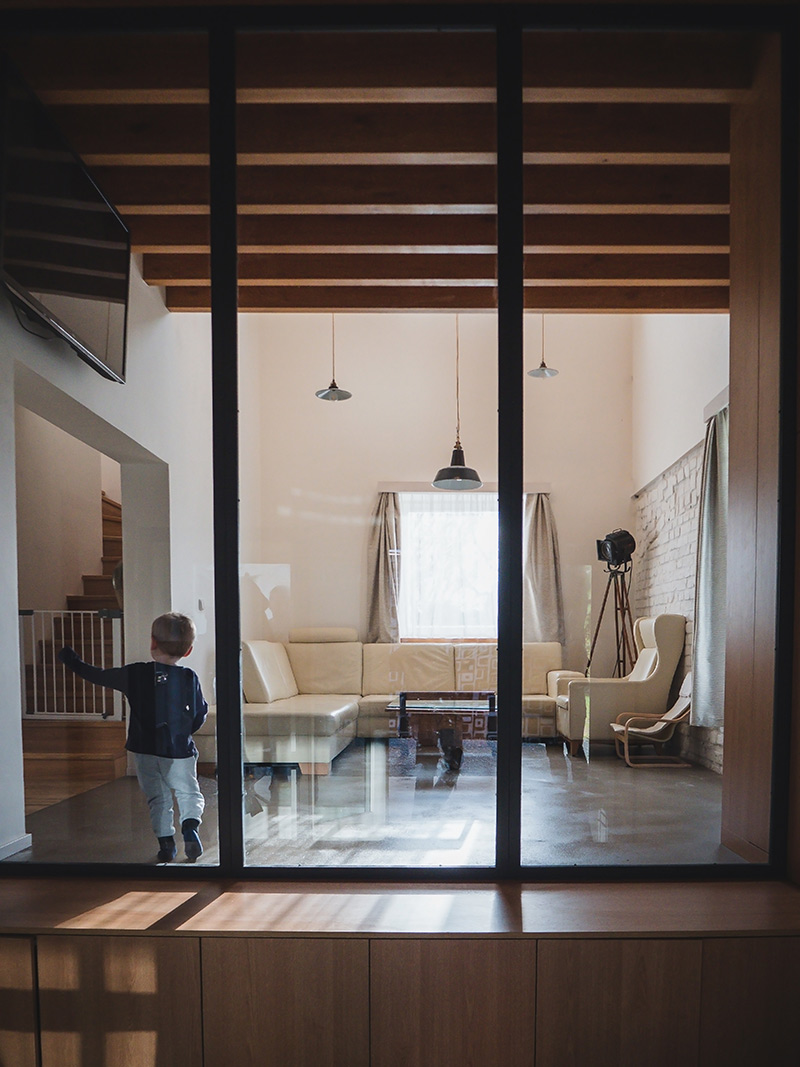 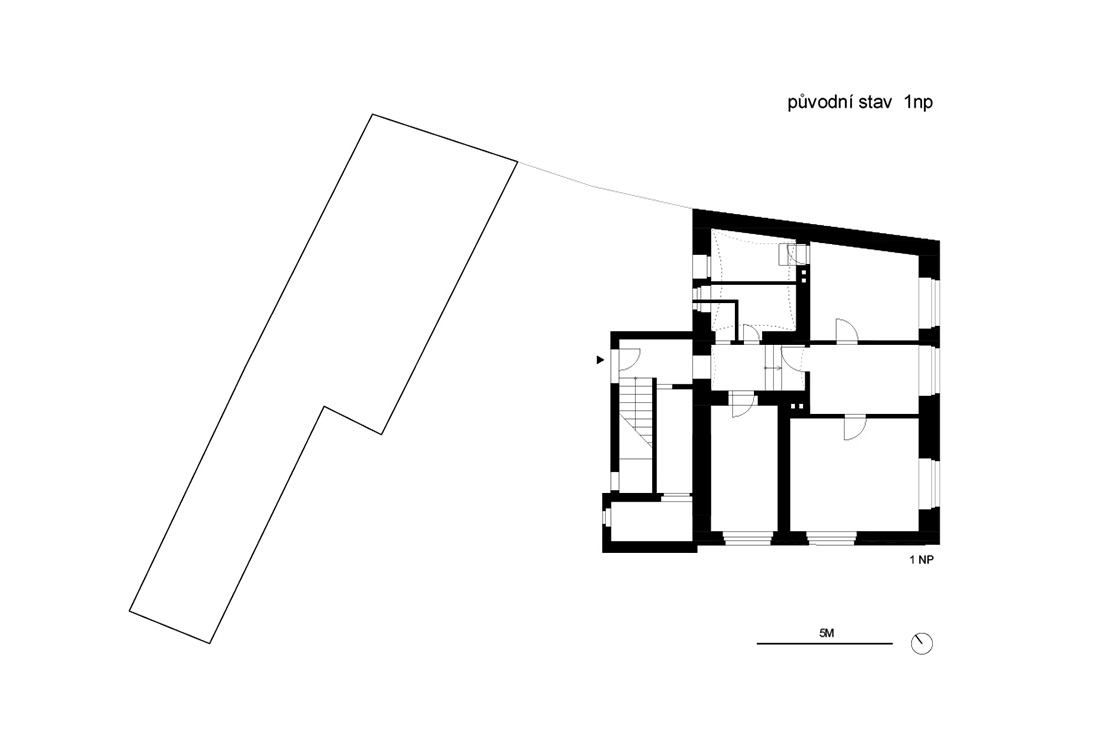 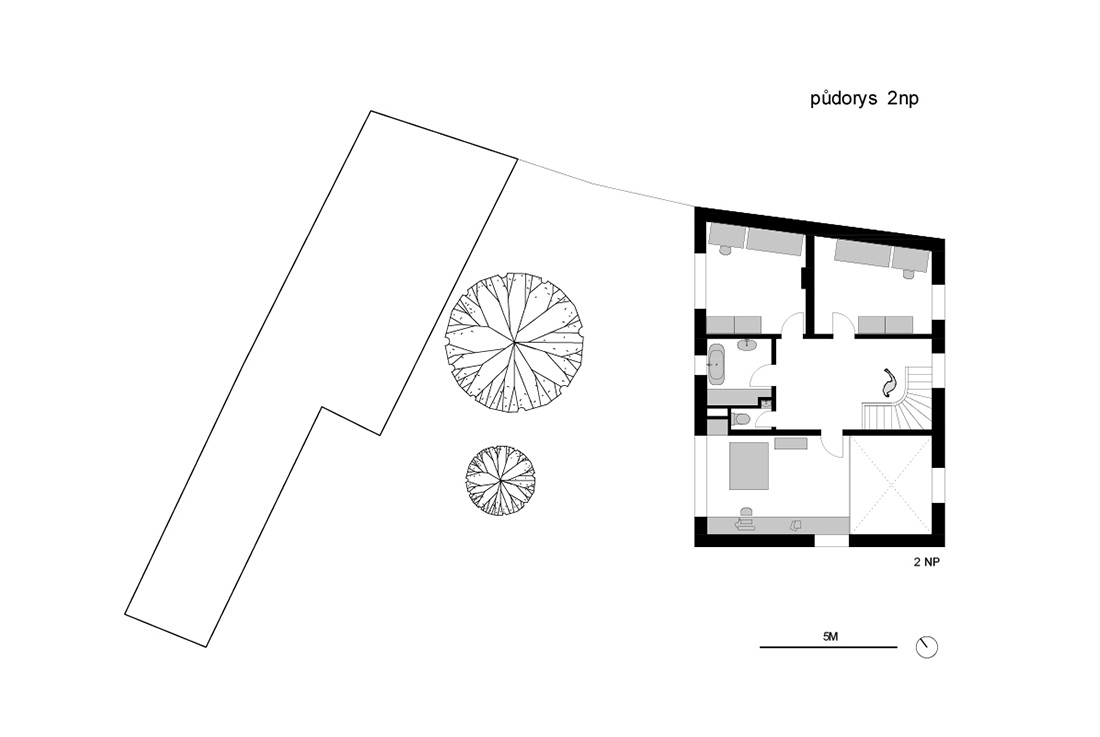 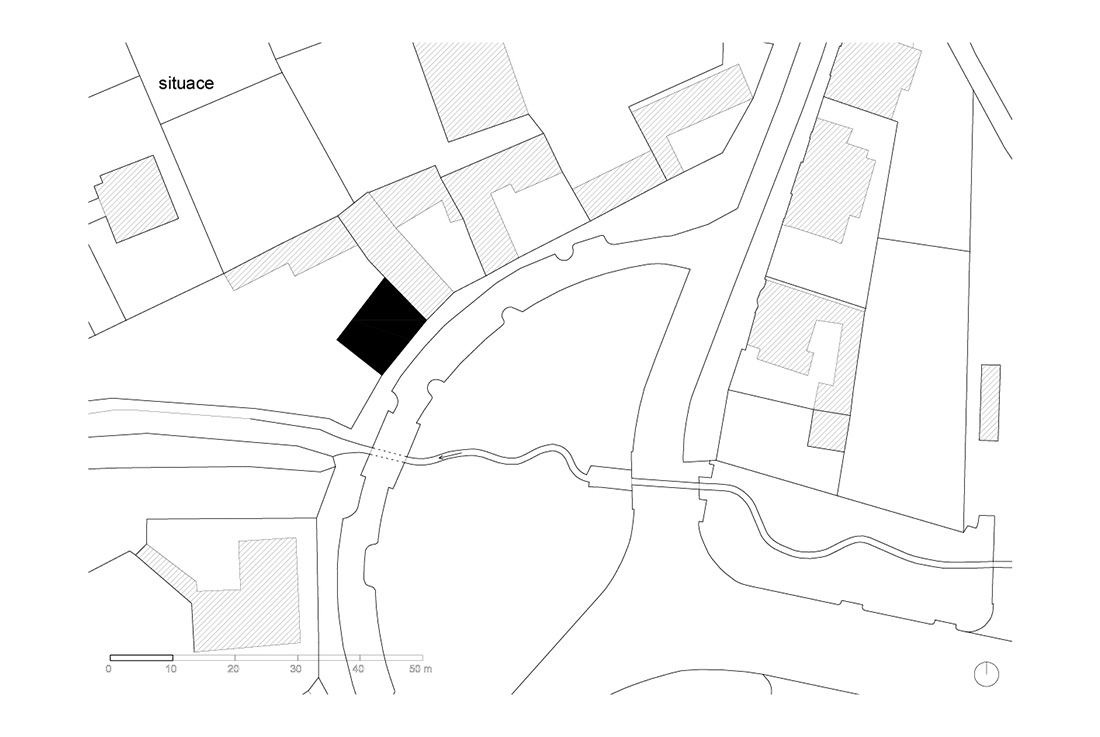