Park Gate is one of the most revolutionary projects of Modern Architecture after the 90’s in Albania. The design started in 2013-2014 and it has been one of the most challenging projects of that time. Being positioned at a strategic point, the main purpose was to design not only a building that fulfils the functions of service and housing, but also to represent an “urban sculpture” that symbolizes the dynamics of the city and the tendency towards modern architecture of the city. In other words, Tirana had to be introduced by a special object when entering from its east side, Elbasani street, and that leaves a good taste when leaving the city. The positioning of this building at the entrance of the Grand Park of Tirana, from which it is named after, imposed us to bring more attention to the volume development and the facades composition, and this is the main reason that led us to shape the building the way it is. The object elevates at the height of 7th and 13th floor, where these two volumes intertwined very naturally with each other, creating a penetrating space within the park, 18m high and 20m wide. This building is also a constructive revolution for the time, considering that the object is made of a reinforced concrete structure, not steel. The building creates a landmark of its kind, therefore on the west side it reaches the height of 7 floors in respect of the urban code and height of the existing surrounding buildings. The 13th floor section does not overpass the maximum height of residential buildings, according to the regulatory plans of the city, providing at the same time grandeur and identity to the object.
The curved forms that sculpt the object, give you a sense of elegance, creating 3 public spaces that serve to the community, by giving the objects their importance to the human perception. The object brings a positive feeling and you can enjoy different fragments of its architecture in every angle, where none of them is similar to the other, especially during the day, when light and shadow clearly enhance the design and its volume at different times of the day. This project has a simple touch at the facades for the fact that the architecture should be read in the form and not only in the details of the façade. The used material is aluminum which is modelled and detailed with the window spaces from the beginning, to create a rhythm that does not diminish the shape of the object but adds greatness and verticality. The colors have been selected and suggested by the German architect Bolles + Wilson and are a new and bold trend in Albanian architecture. These colors are beautifully produced and synchronized with the park colors during spring and autumn. The most beautiful moment to photograph the object is at sunrise and sunset, its reflection on the object creates an incredible effect.

Statement by the jury
The Park Gate Residence in Albania by X-Plan Studio fulfills its set goals of being both a residential building and an urban sculpture, introducing Tirana. 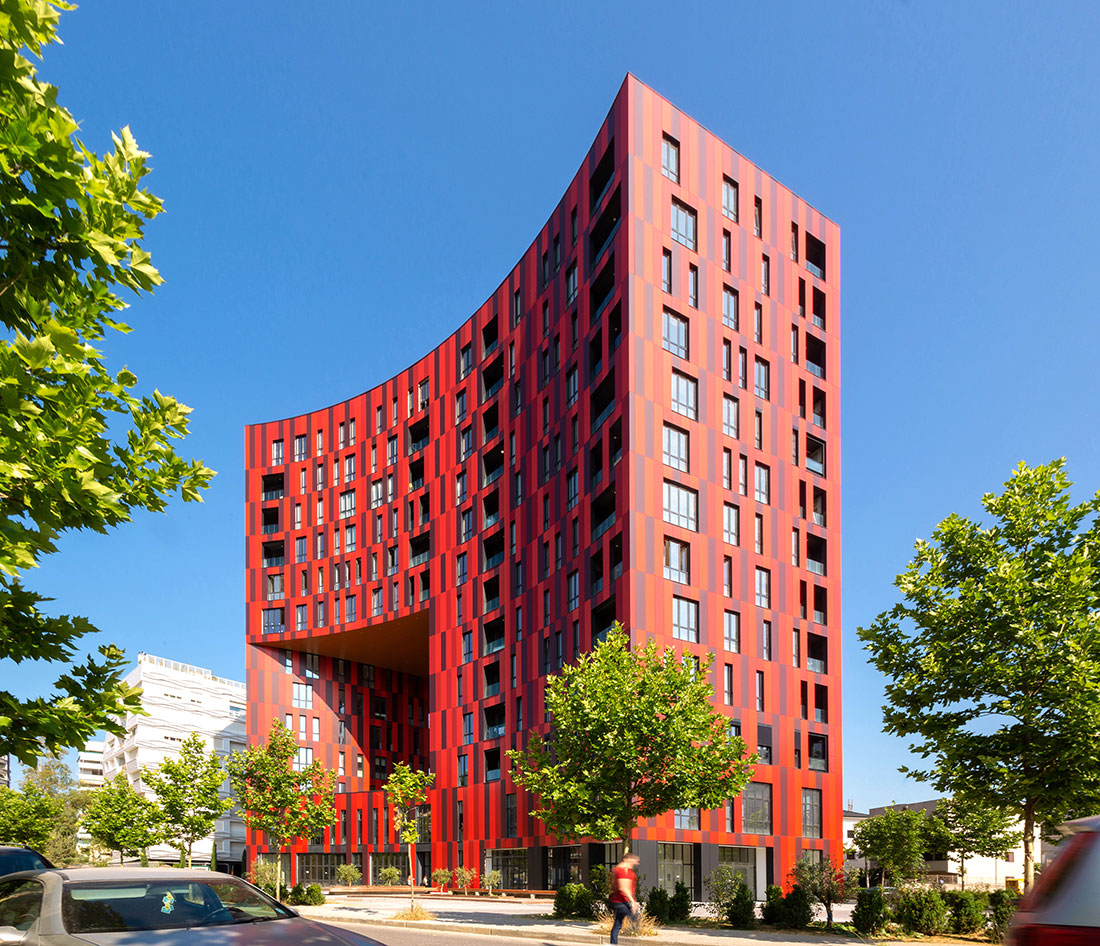 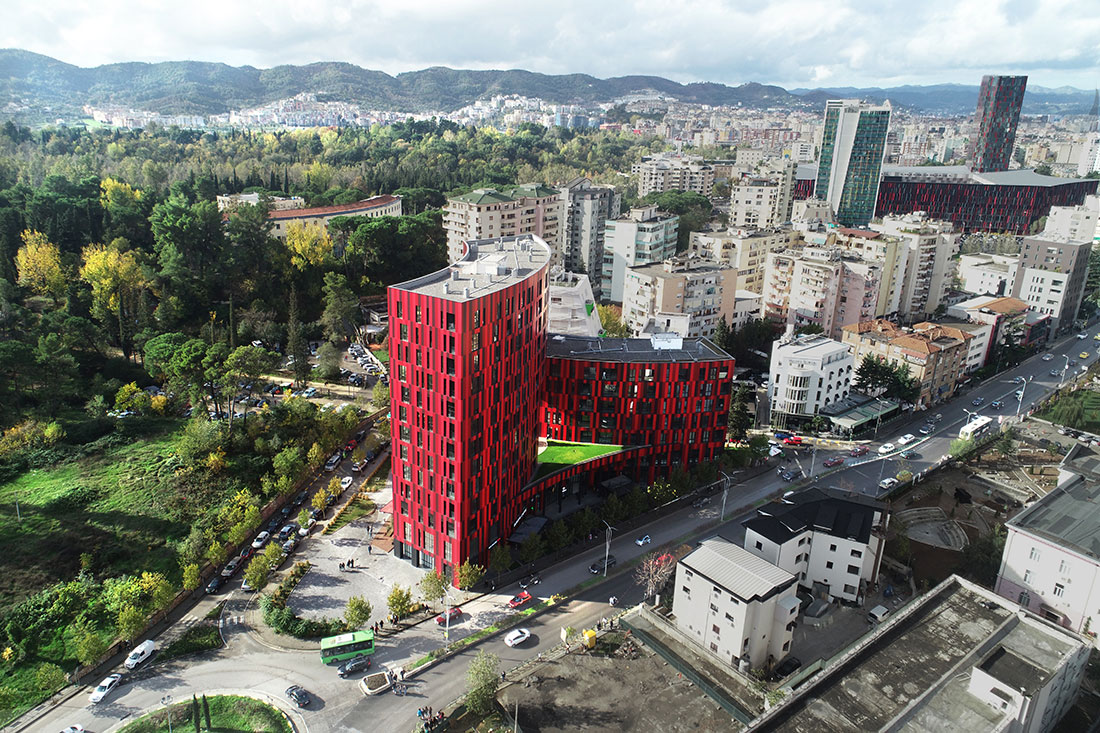 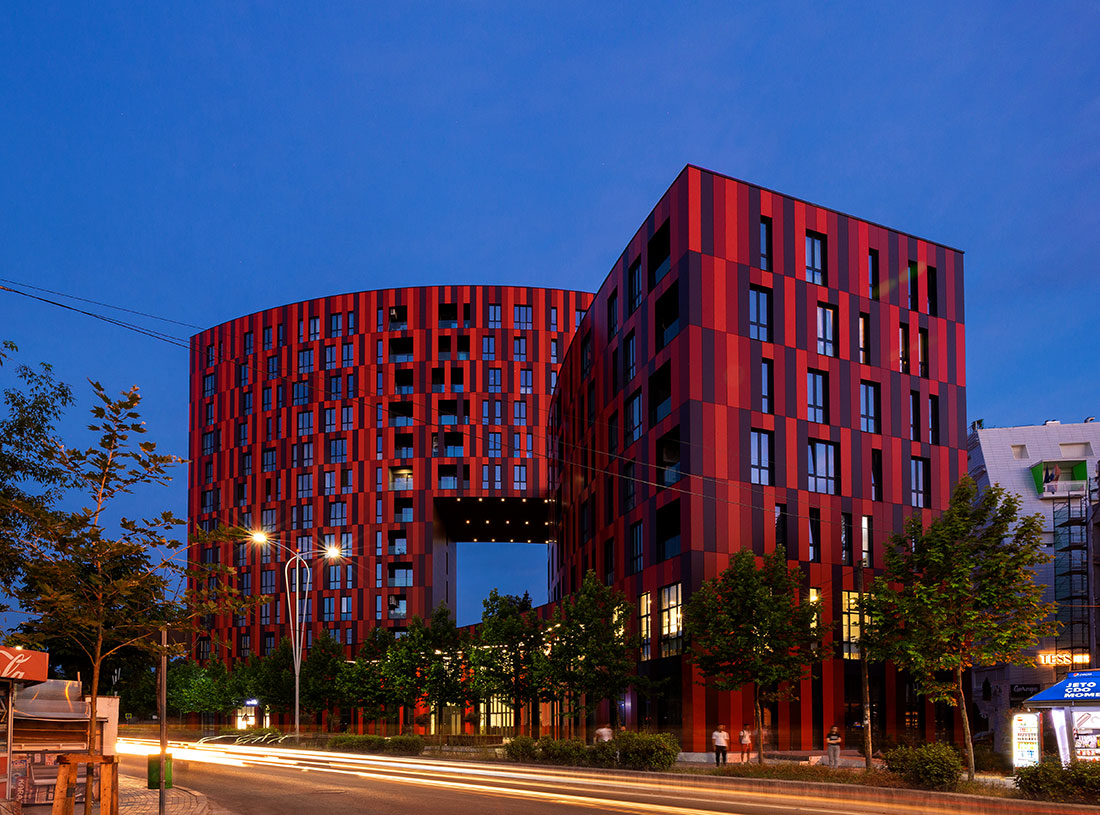 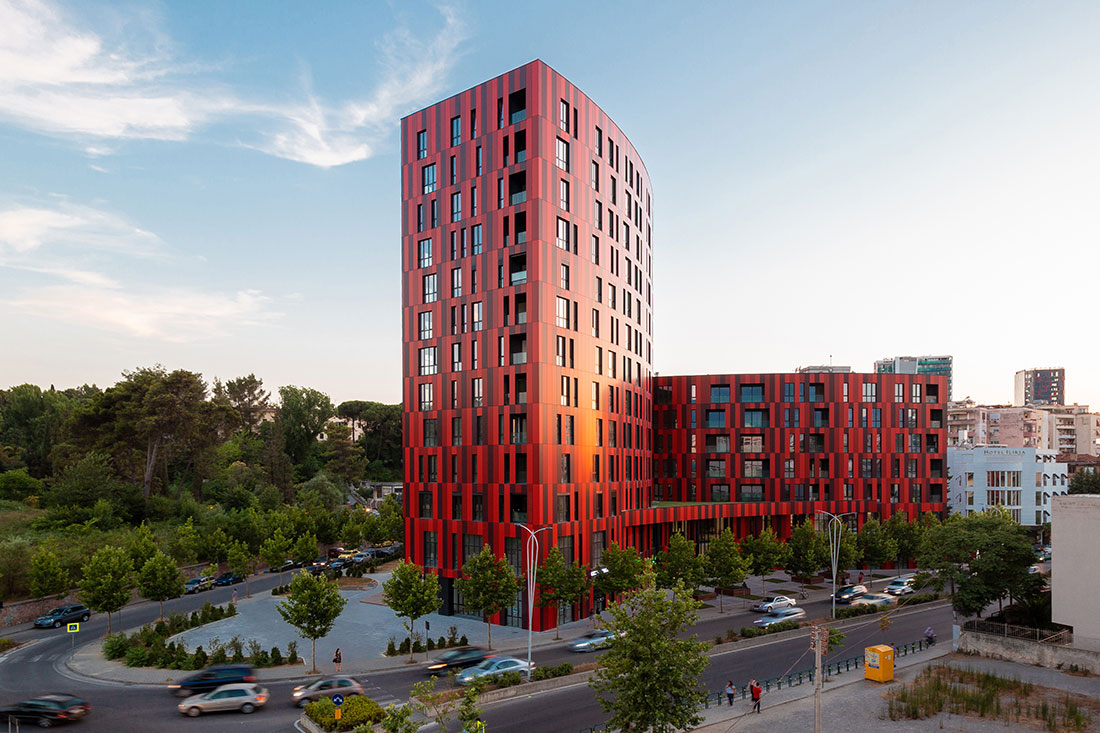 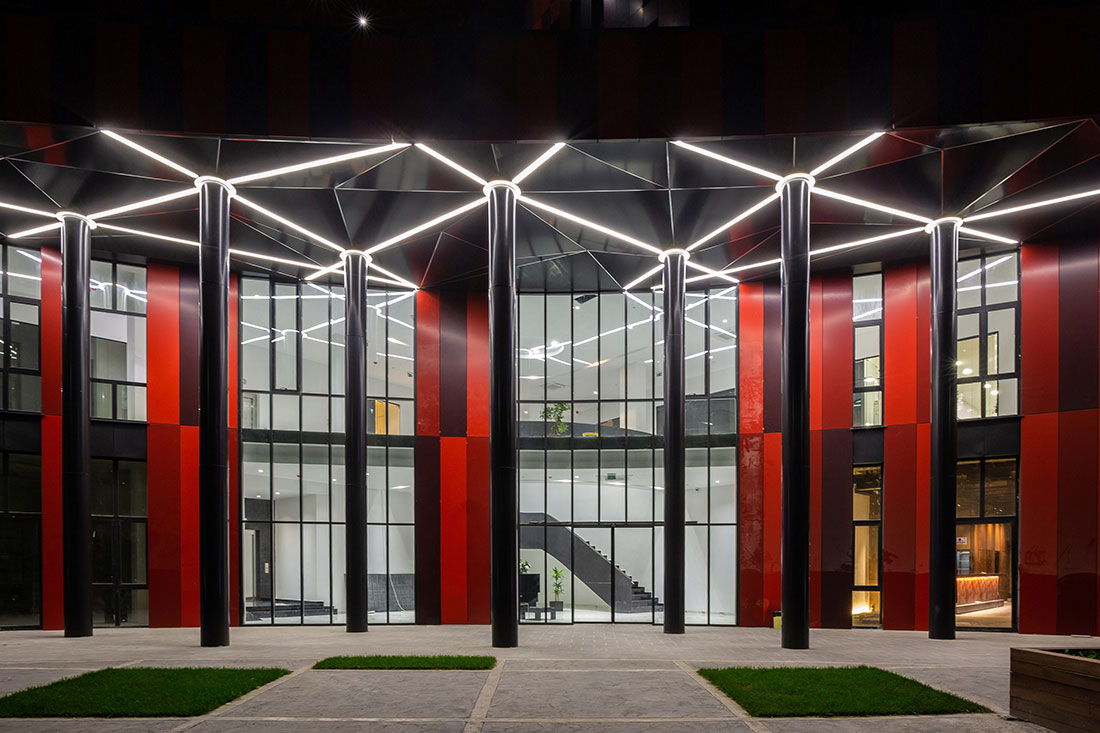 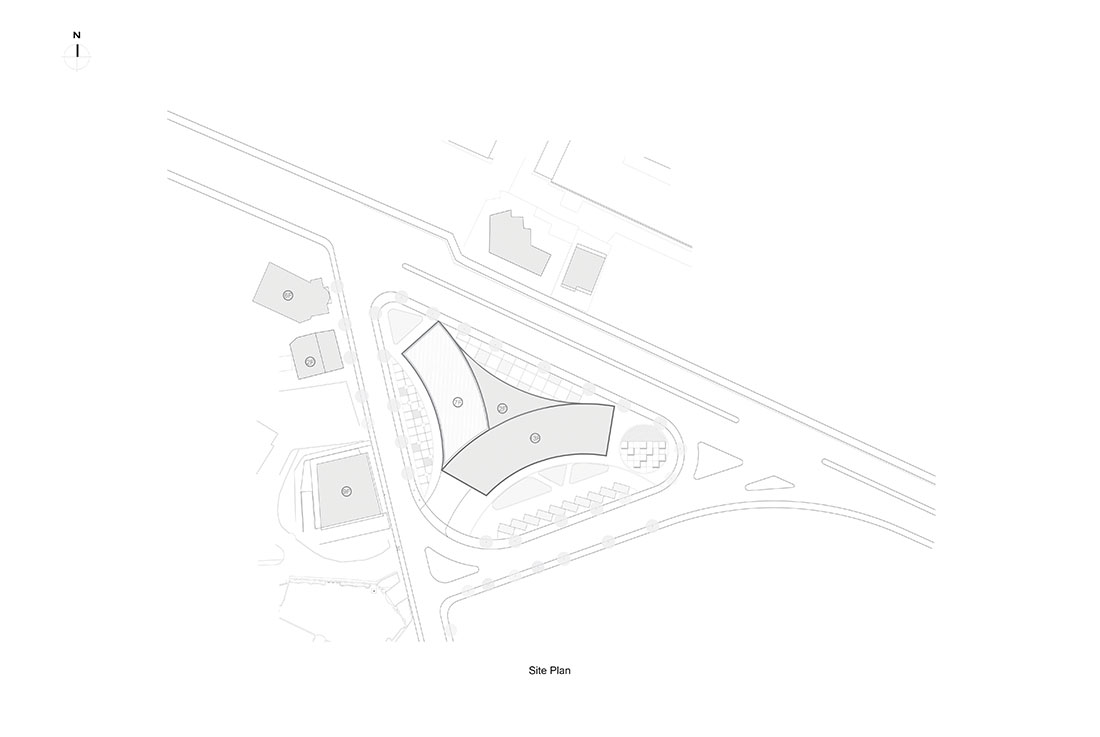 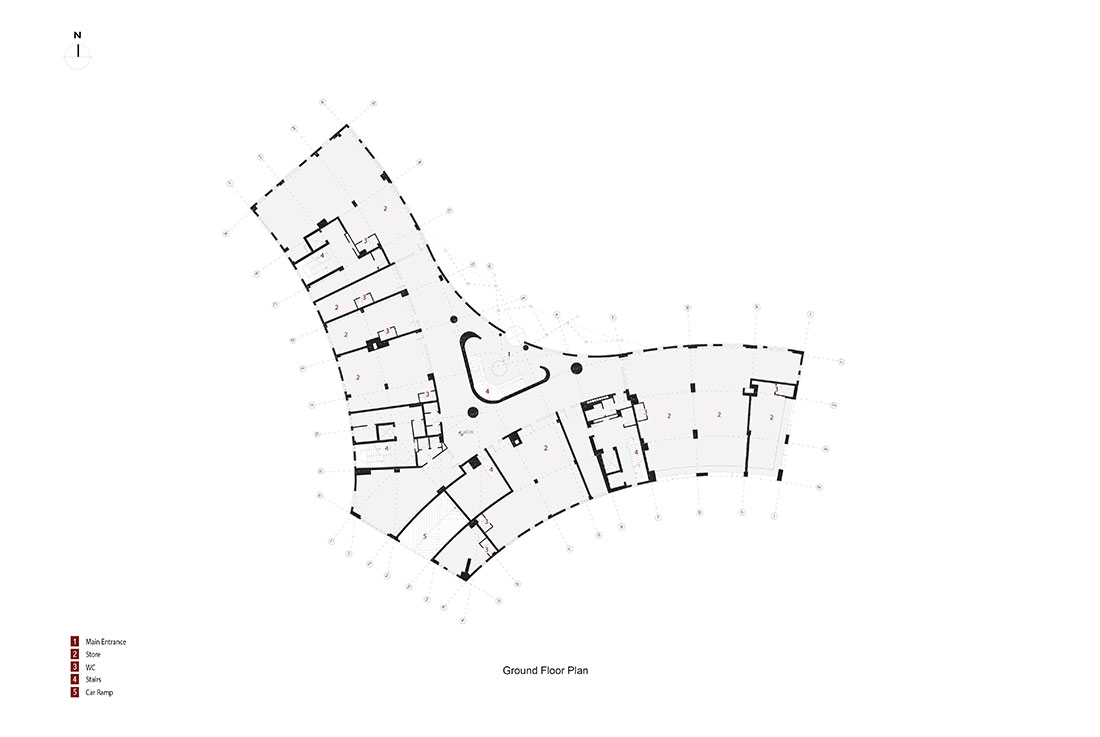 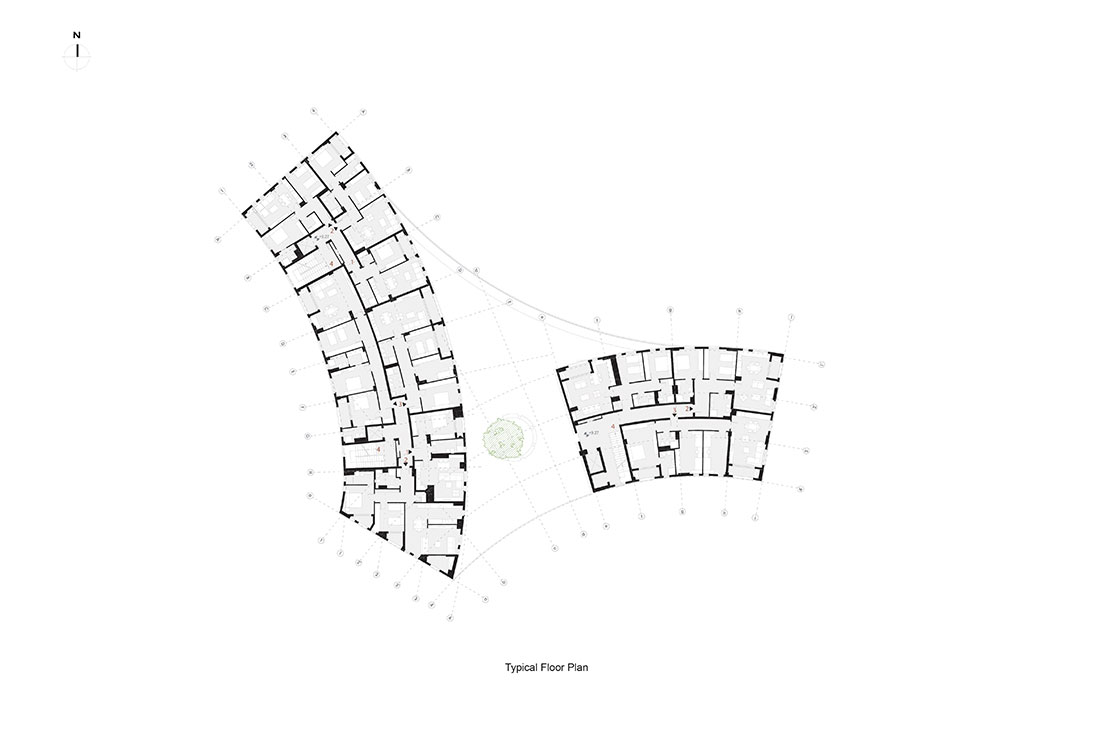 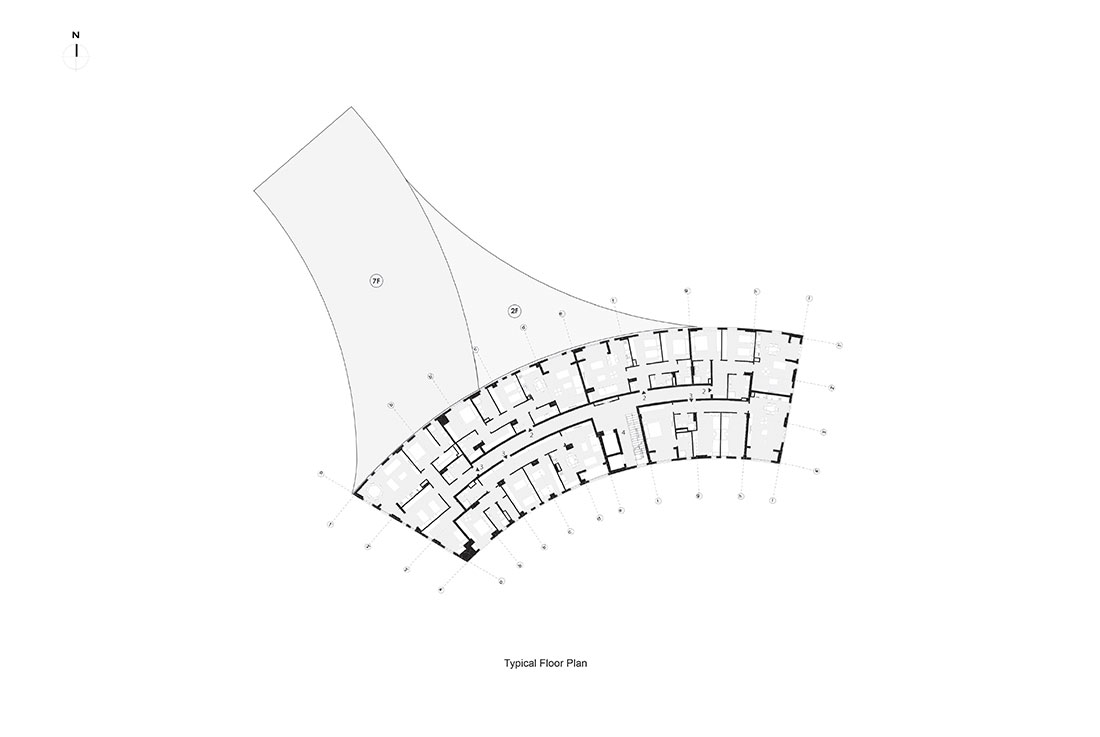 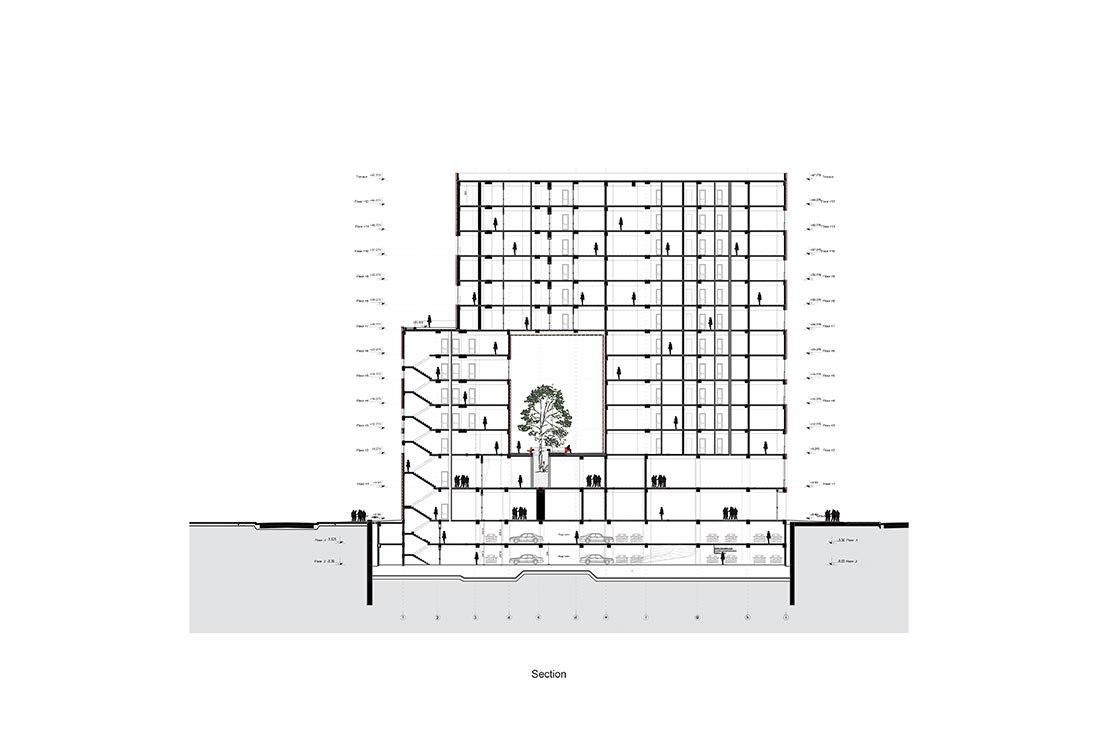