The Paleo Park within Camp Mon Perin is a combination of a themed amusement water park and an educational research polygon with the aim of approaching and popularizing this archaeological site in the Bale Coast. The complex itself covers over 16,000 square meters, placing all enclosed facilities under green roofs that fit the natural configuration of the terrain to the maximum with use of fluid lines. The water content flirts with the stylized silhouette of a dinosaur, which becomes visible from the educational promenade on the roof. The complex consists of an entrance reception, a large swimming pool, a children’s pool, a swimming pool with a hot bath, an indoor catering facility, a covered outdoor bar, toilets, a sun deck and a souvenir shop. Several life – size dinosaur sculptures have been placed next to the pools, dinosaur bones have been exhibited as part of the children’s sandstones of the “archaeological site”, and a walk on the roof where one can follow the course of reptile development on Earth. During the design, great care was given not to disturb the existing natural environment and to preserve the indigenous vegetation.

What makes this project one-of-a-kind?
In 1992 dinosaur bones emerged in Colona Bay on the coast of Bale in Istria. It is assumed that about ten species of dinosaurs inhabited this area. One of them is the brachiosaurus, almost the largest dinosaur that existed on Earth whose we ight reached up to 30 tons and could reach a length of 20 to 25 meters. Due to their great discovery, Bale was included in the World List of Paleontological Sites. The Bale site, as far as is known, is the only site in the world that hides fossilized remains under the sea, and it is assumed that some are as old as 200 million years. Paleo Park is becoming a tourist example of exploiting a given, impressive story for commercial purposes, but with a dose of educational character presented in a fun way. 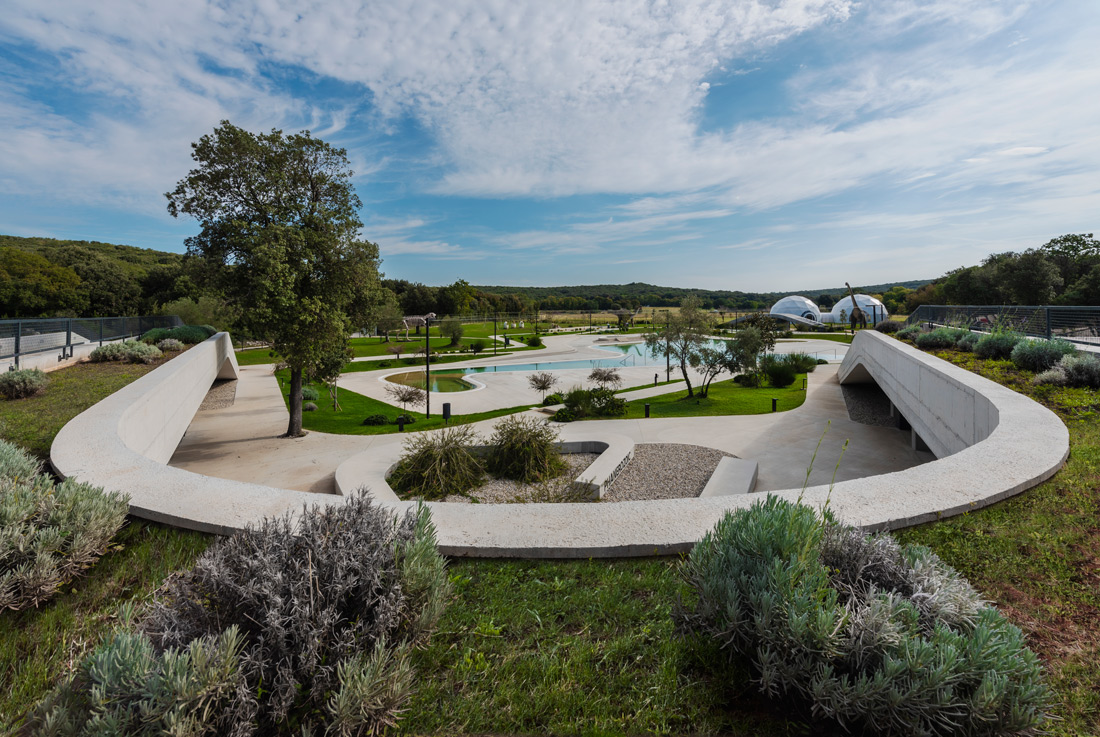 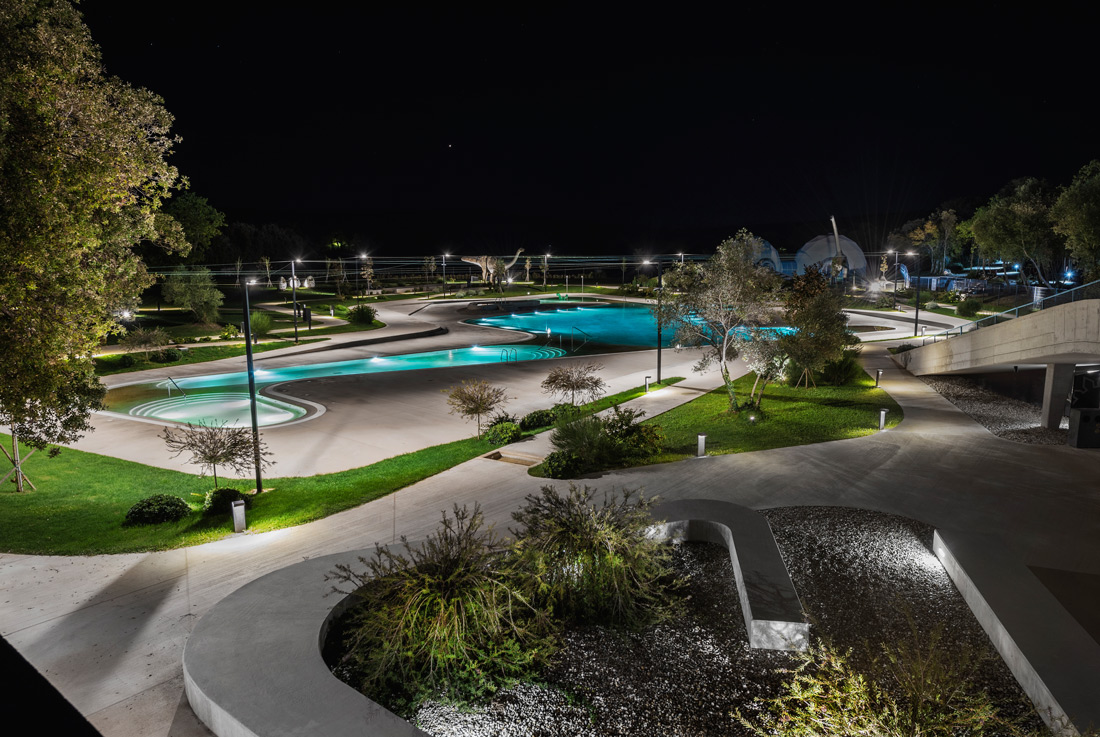 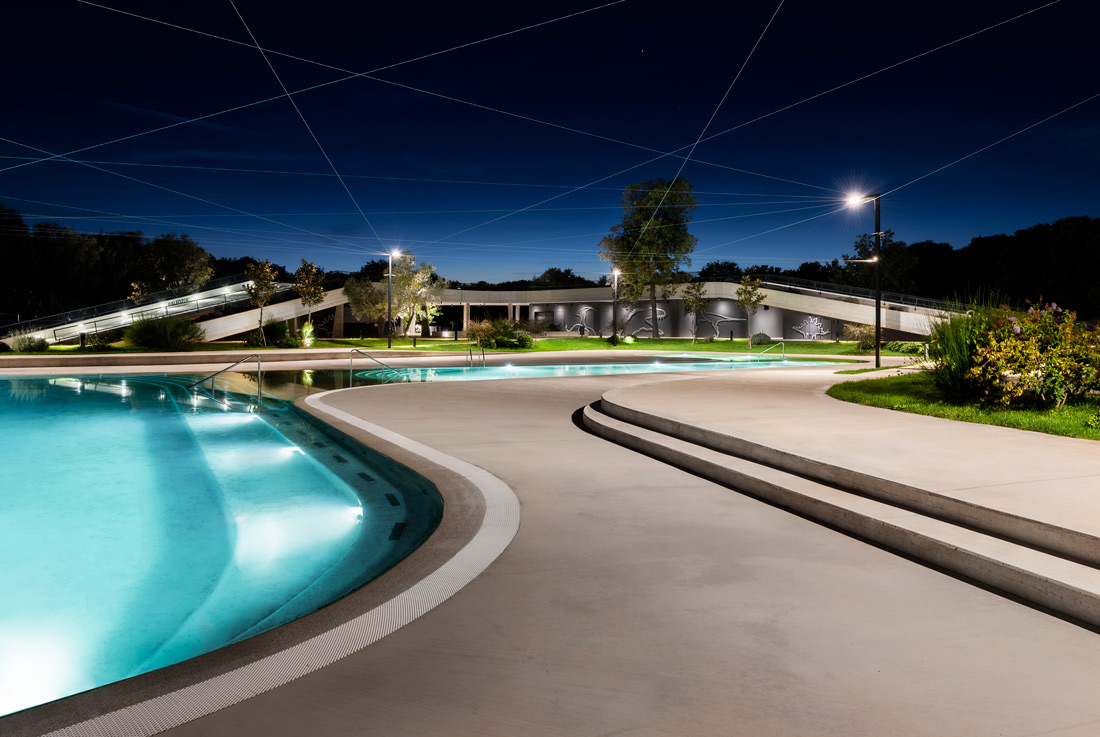 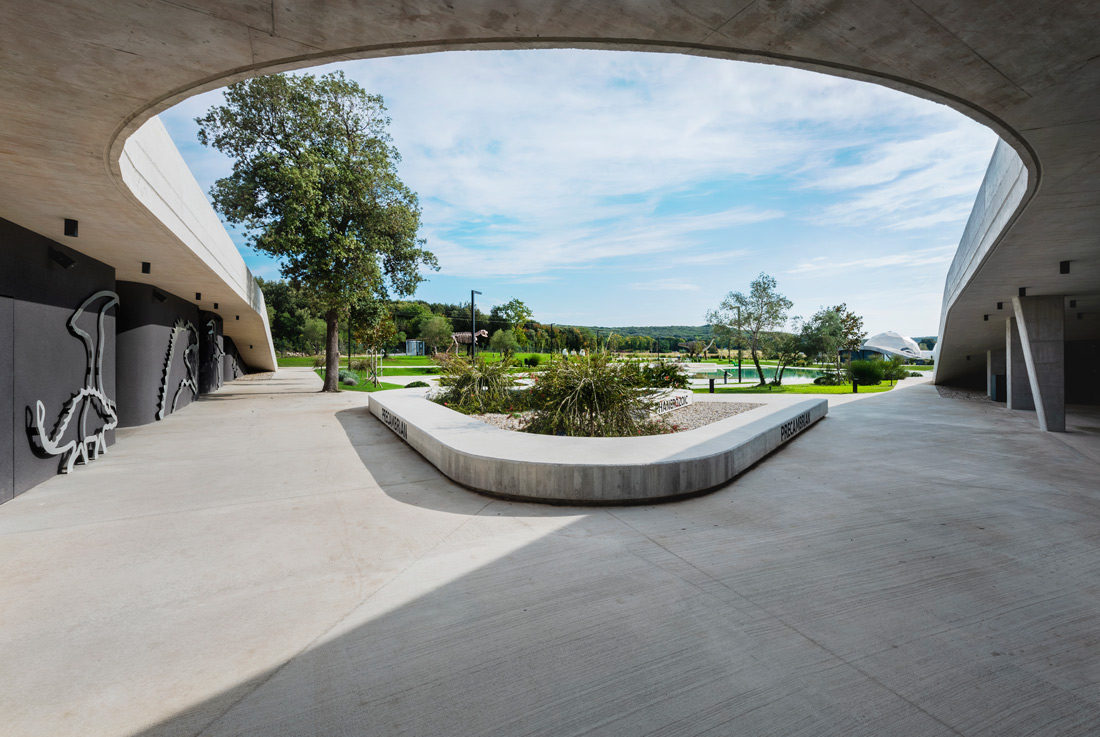 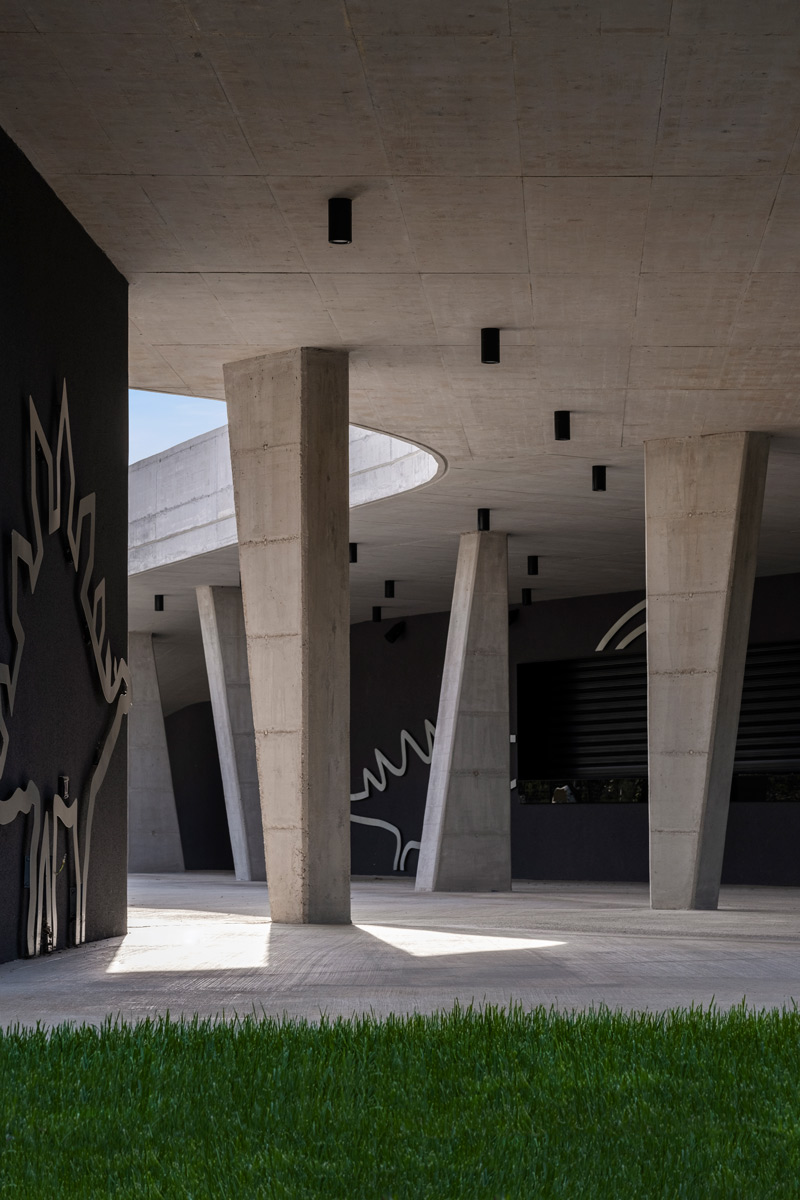 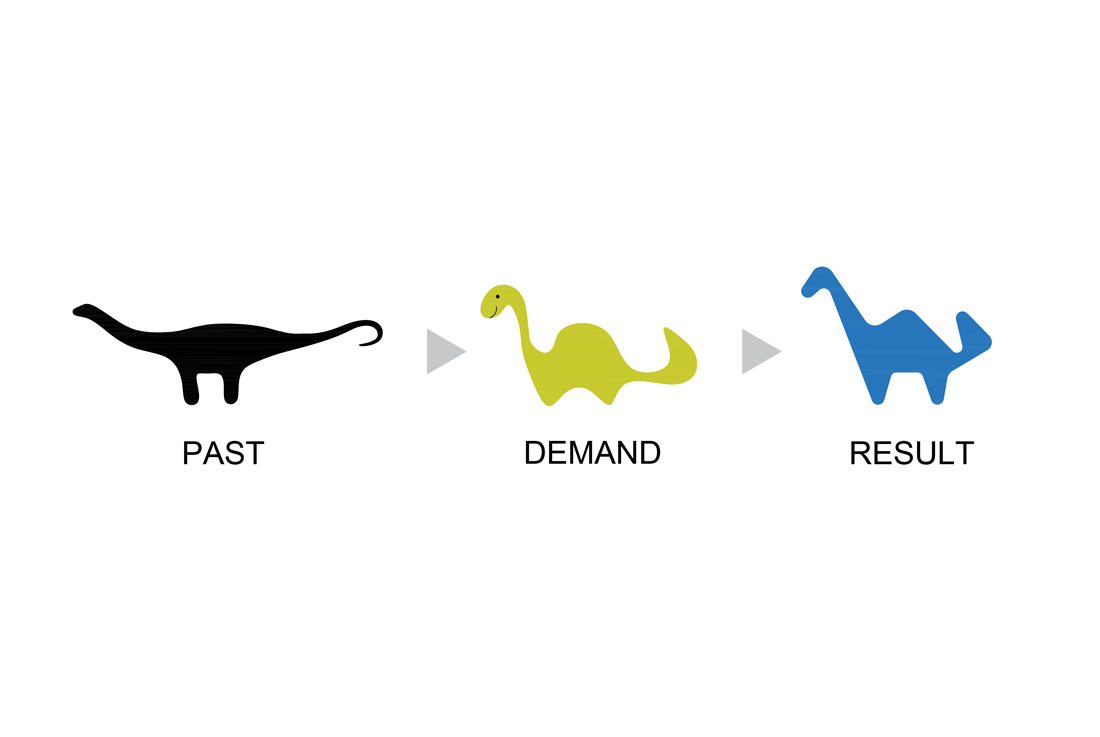 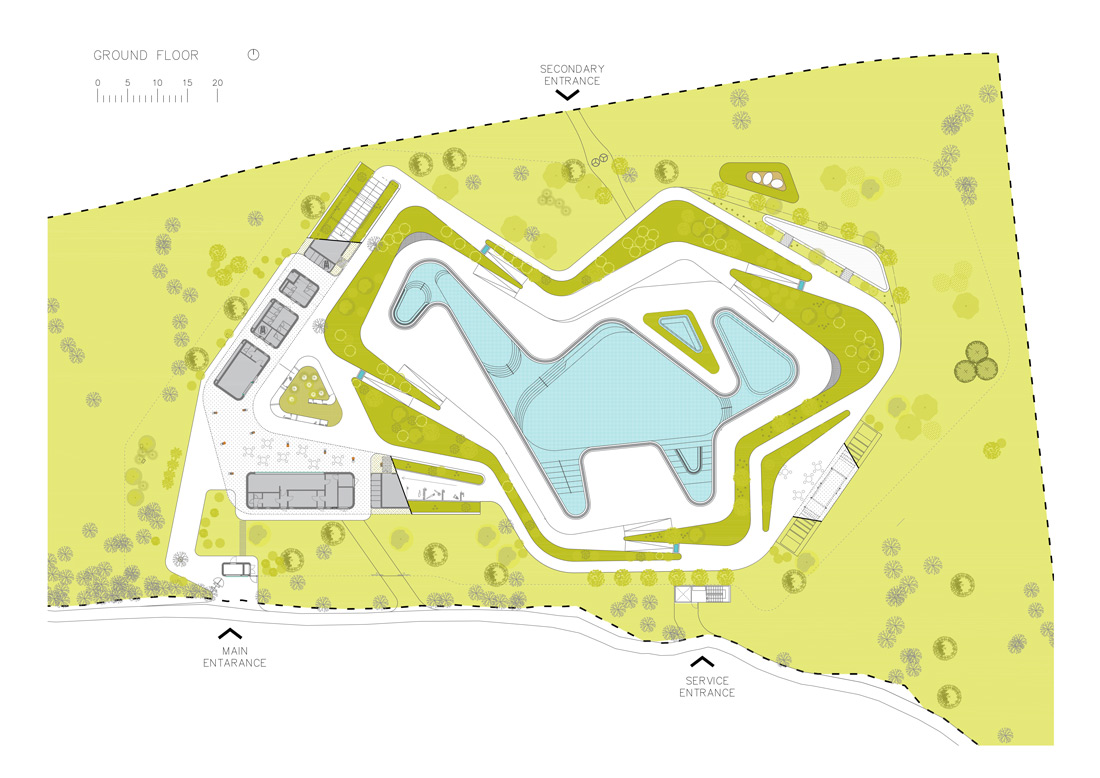 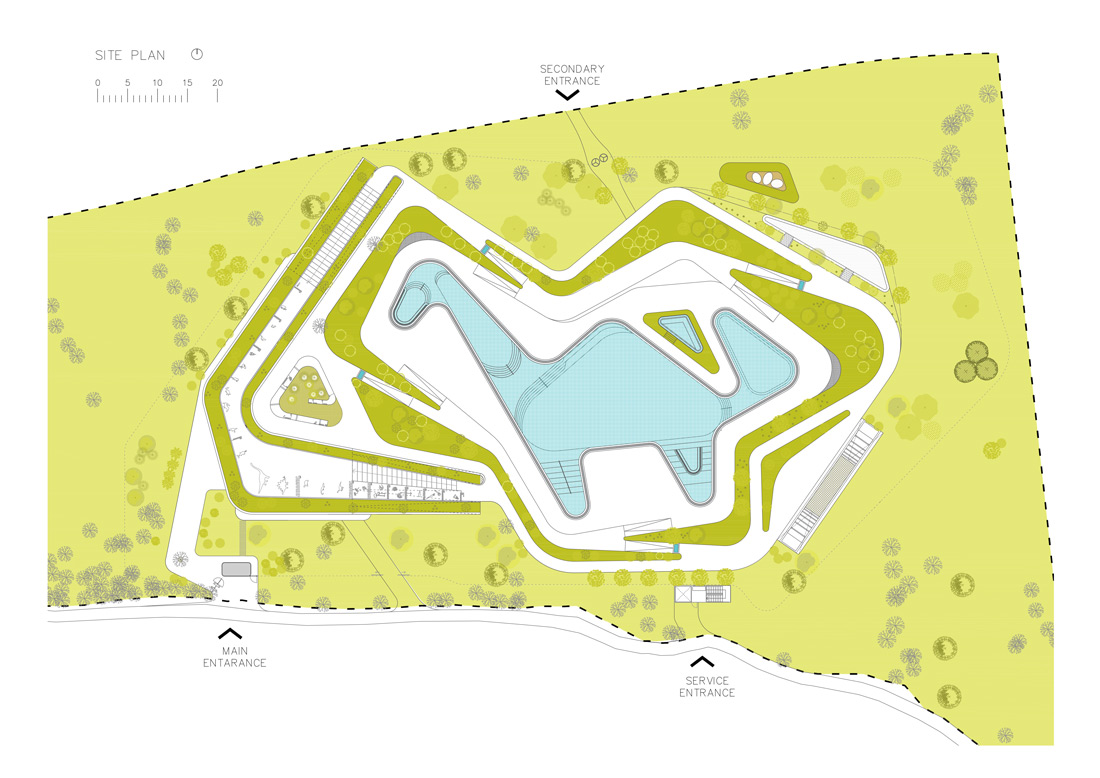