This project’s design theme was the consolidation and expansion of an existing house. The core of this project is the modern reinterpretation of the traditional pitched roof house, thus creating a dialogue between the two volumes, between past and present. The first step was to bring out the old house, having it’s character preserved. The extension is reinterpreted in a contemporary shape, like a concrete origami attached to the old house. Seeking for a  visual and spatial dialogue between the two volumes, unity was sought. The aditional volume was designed as to contain an airy livingroom area, whilst the original house would incorporate the remaning  neccesary spaces for a family home.The two volumes were placed on a large wooden deck, in order to create continuity. An extention of the wooden deck also hosts the pool, the terrace and a large jardiniere. The joining point between the two volumes marks the entrance. One is guided by the protection of the concrete canopy followed by the trail of sunshine from the skylight, towards the insides the house. Regarding materials, the original tiles of the old roof were placed on the main facade, to mark the entrance. Wooden beams and ceramic tiles were also recovered from the original building, and integrated in the design.

The relation between the existing old house and the new modern extension. 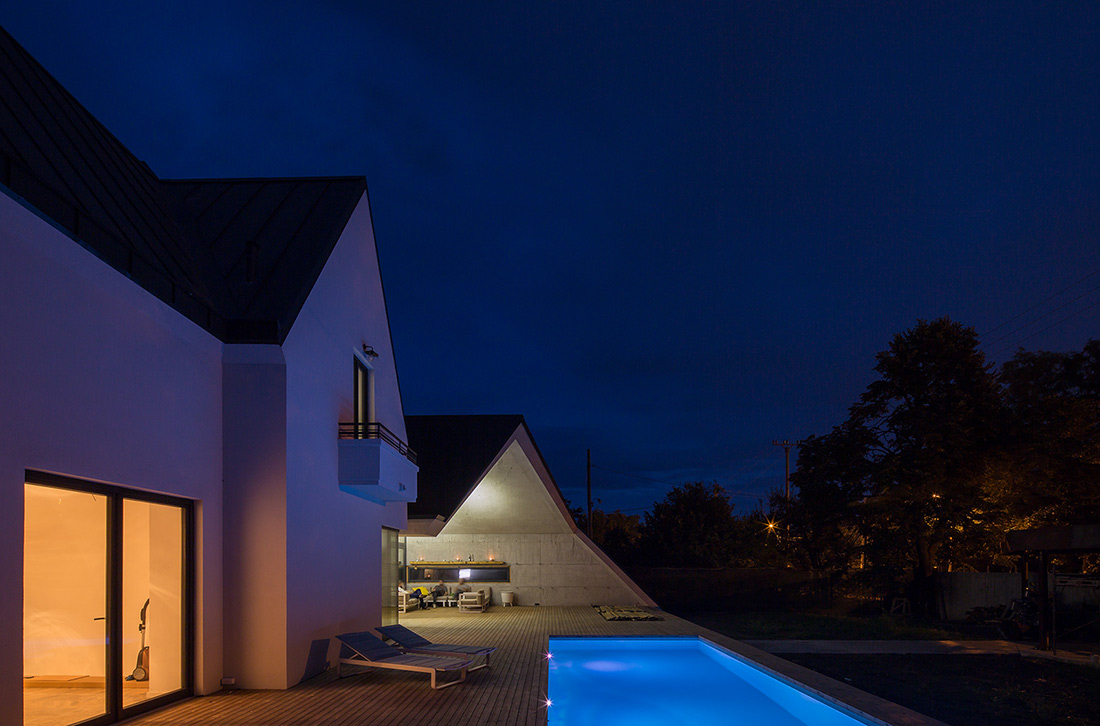 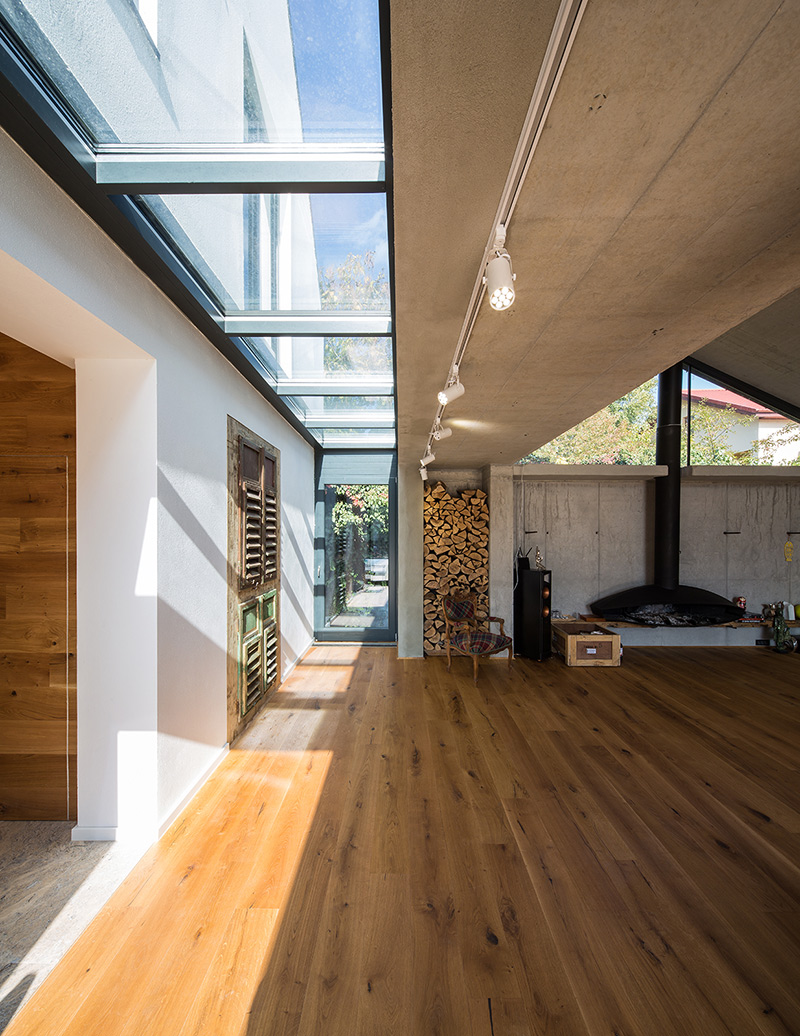 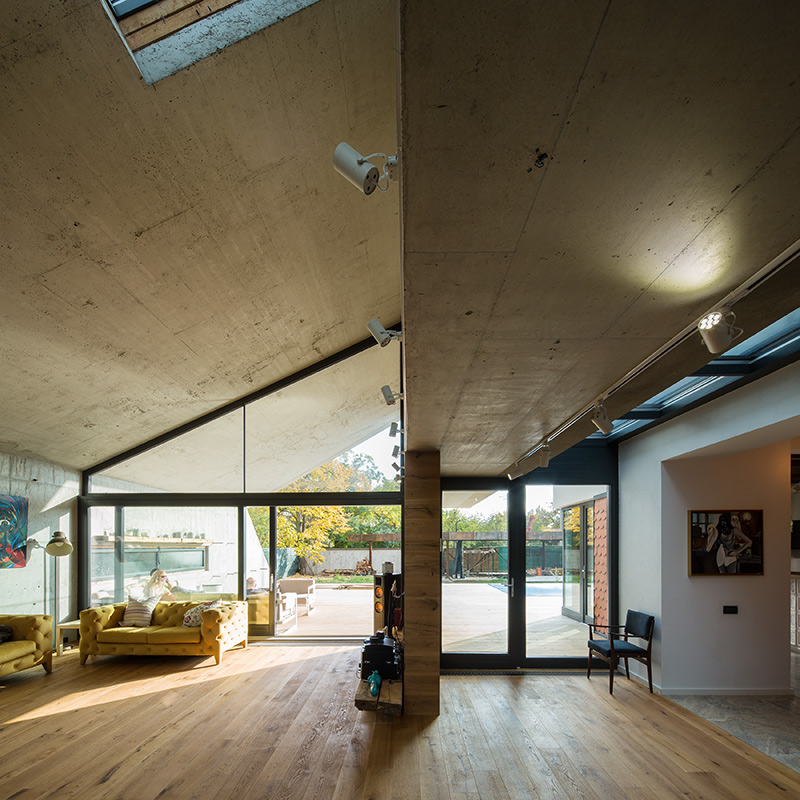 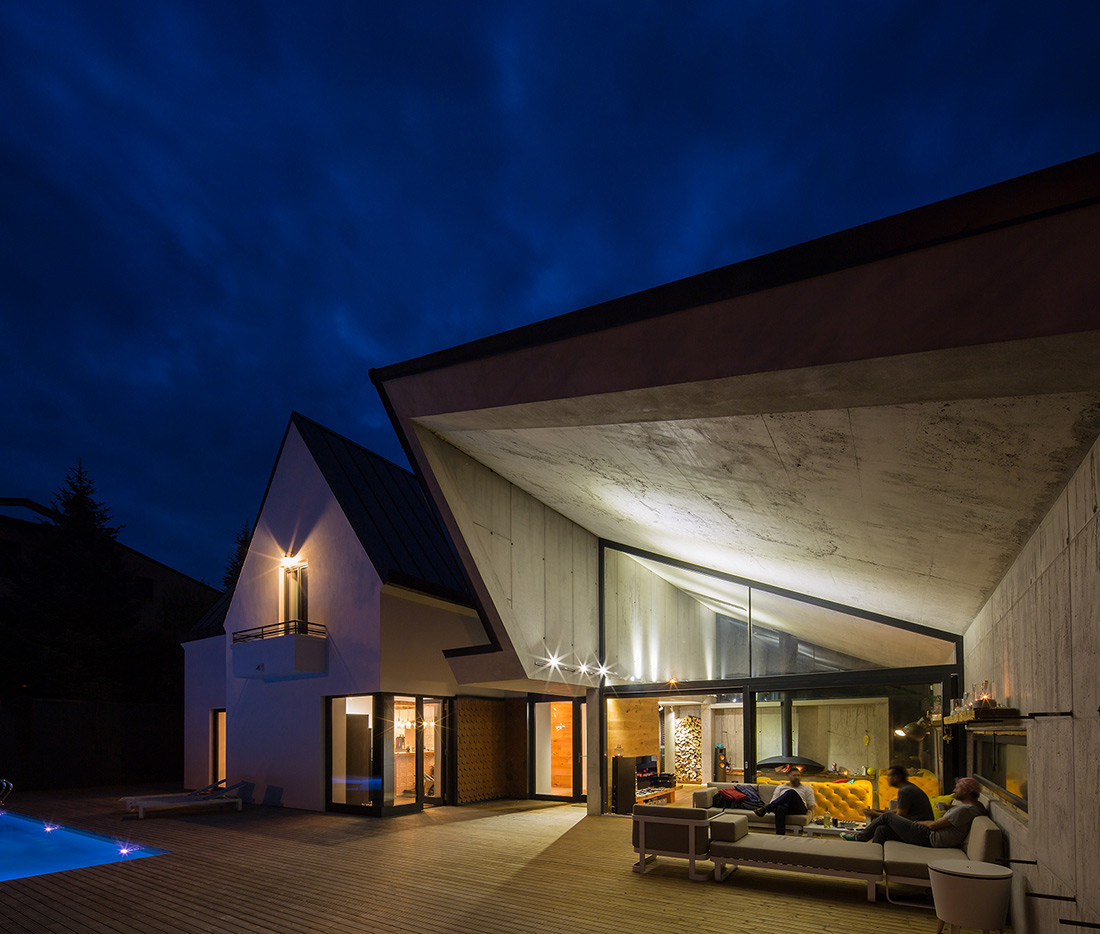 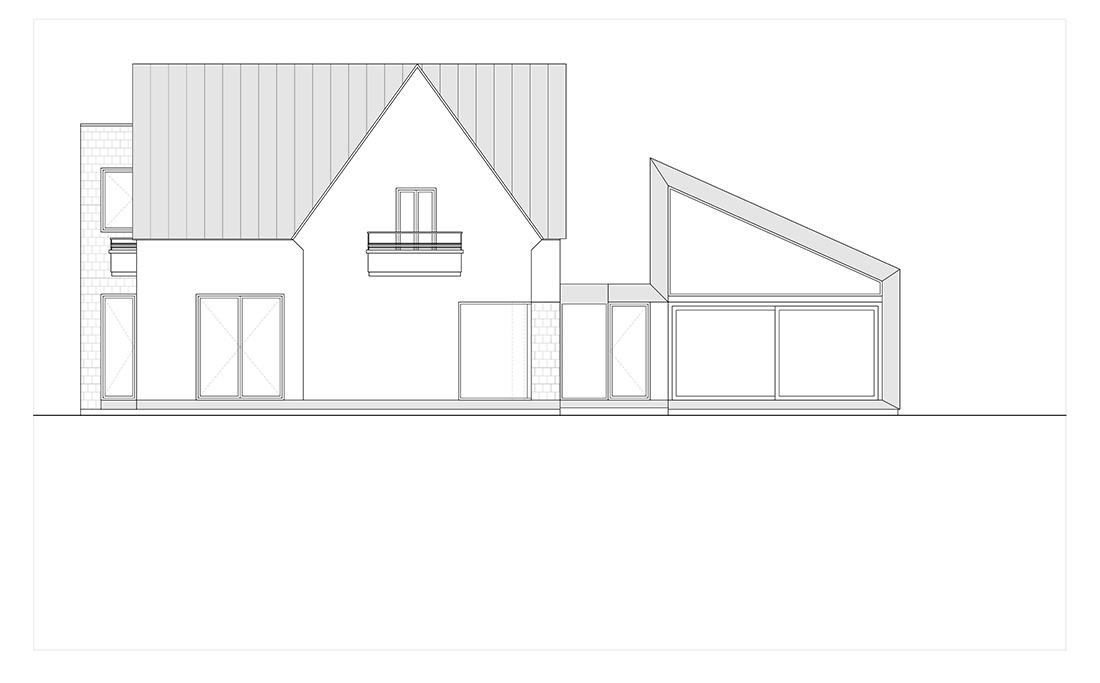 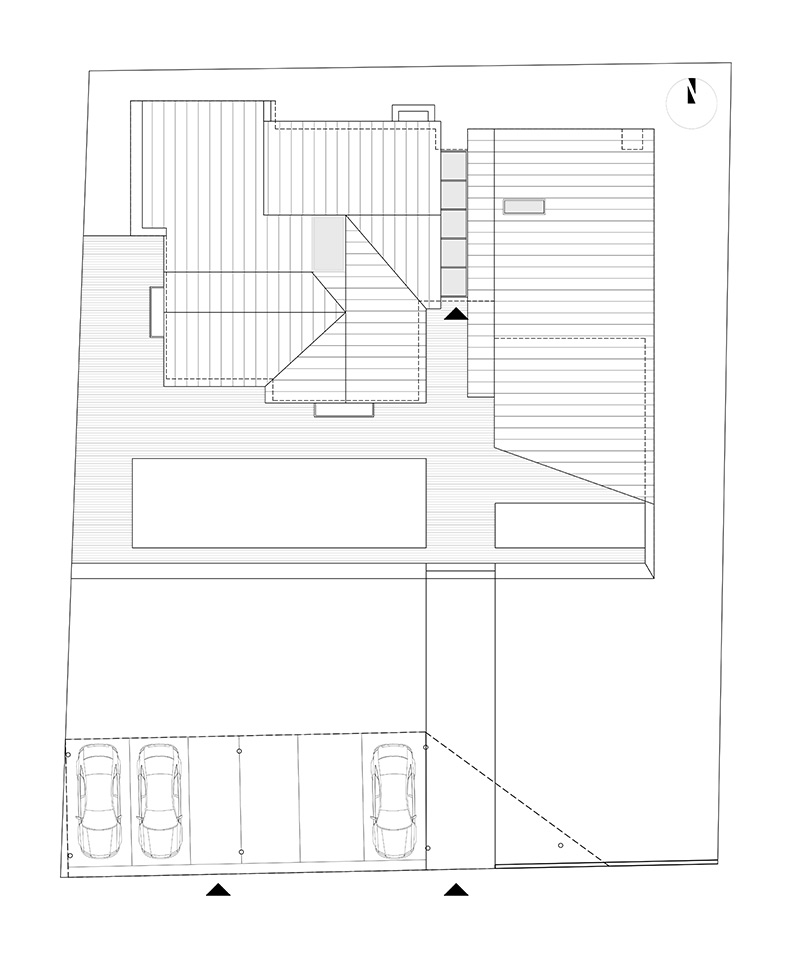 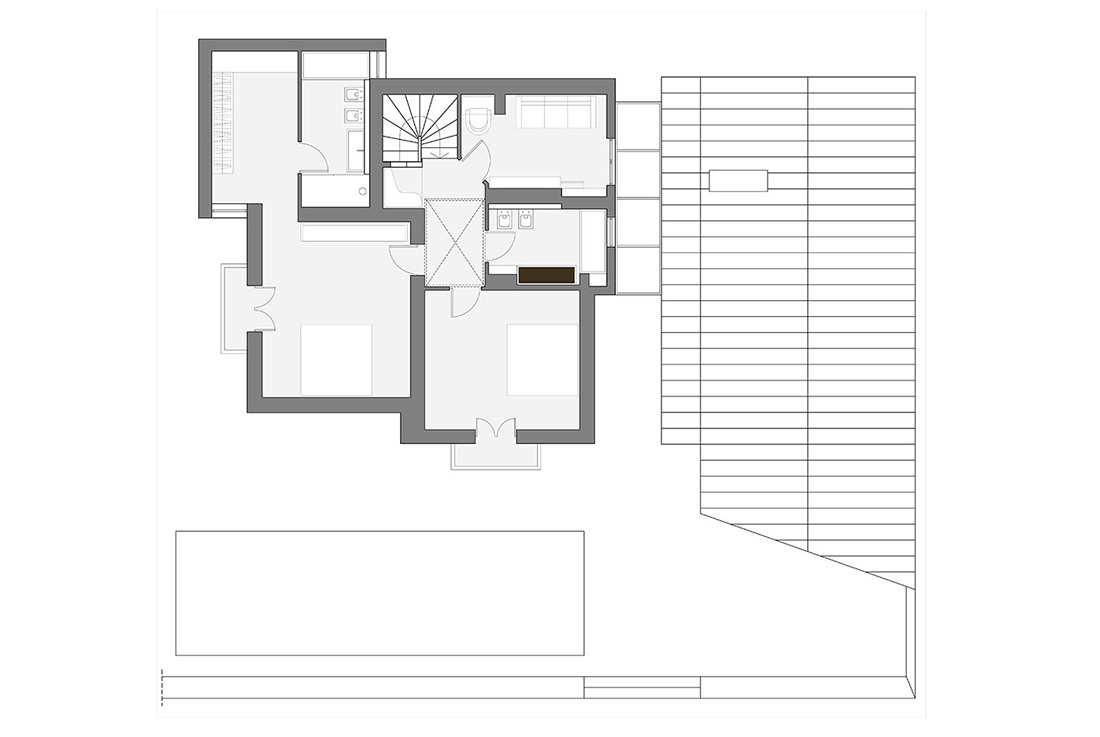 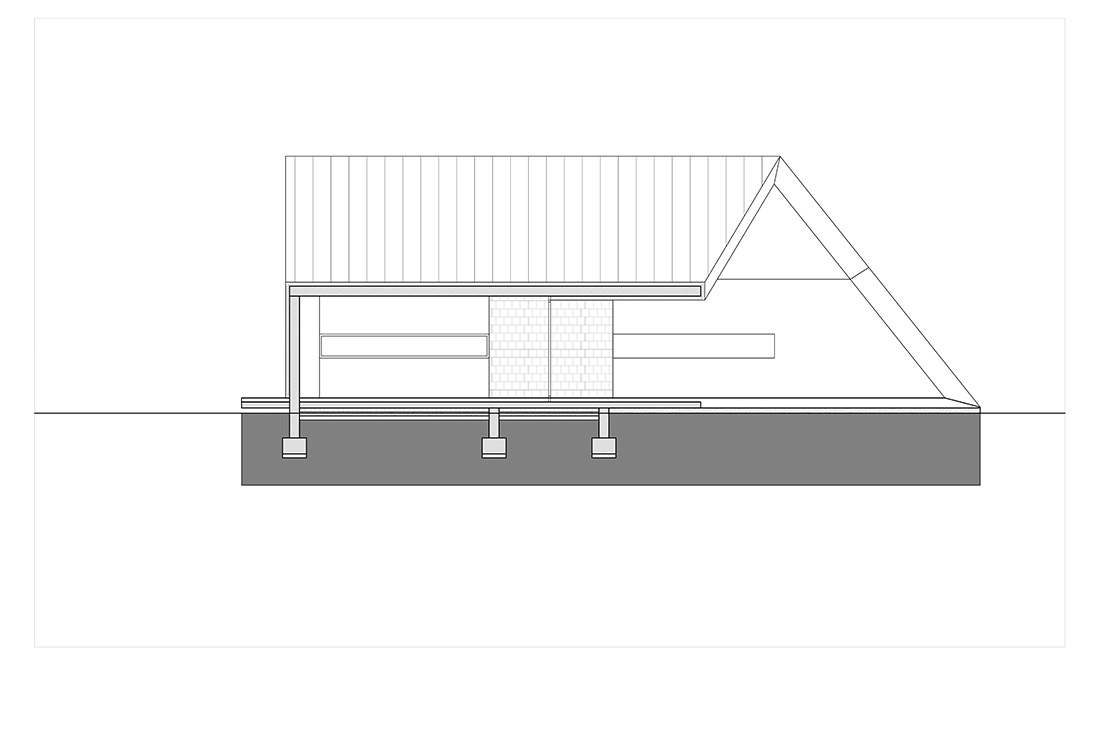 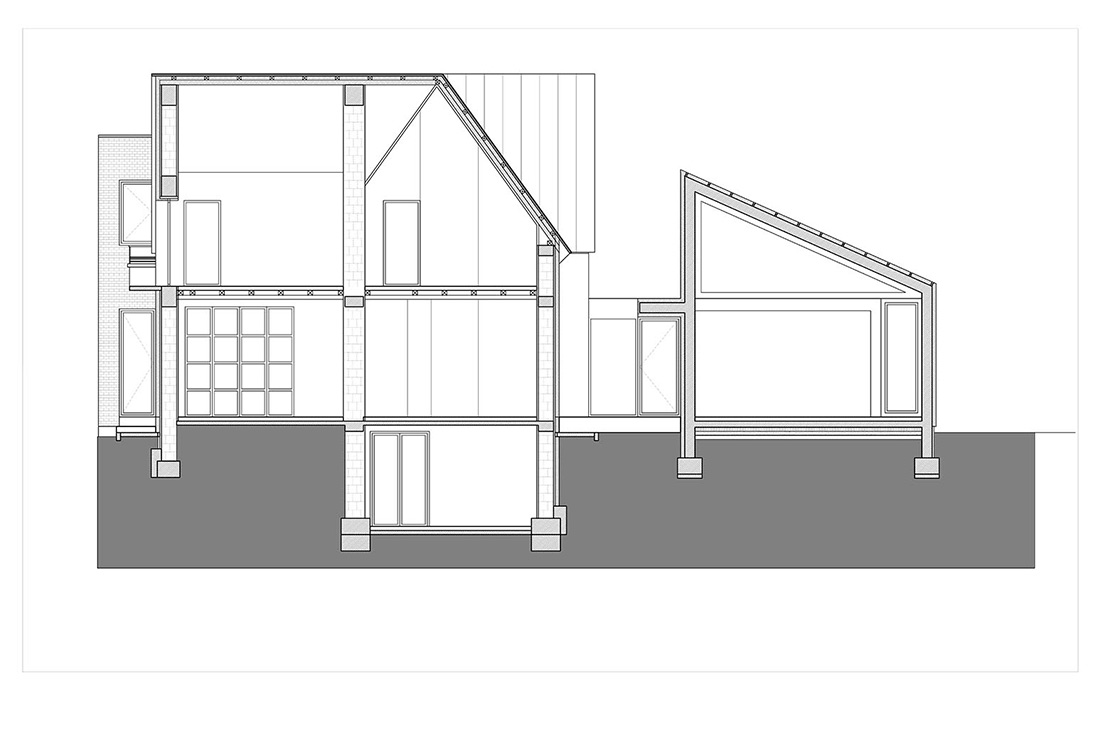 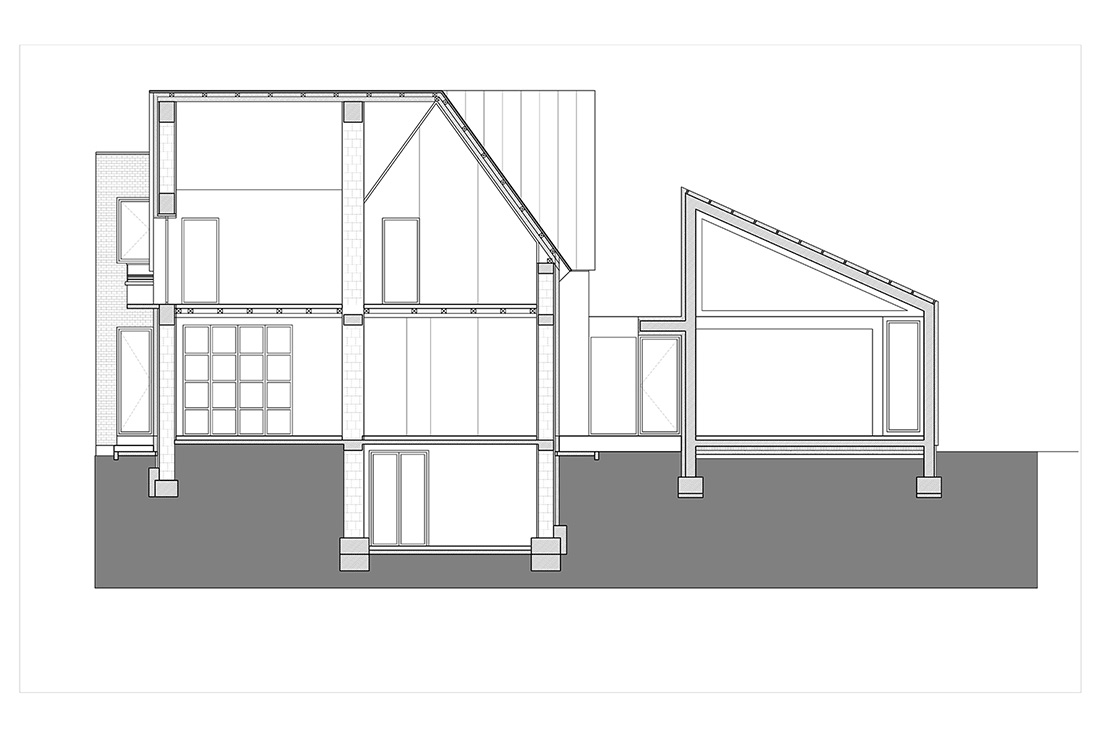