A grandparents’ house is a place to remember wonderful childhood days with loved ones. Such a haven of security should not be torn down.
Together with the client, it was decided to add a new building to the existing one from the 18th century and to complete it in a functional manner. The L-shaped “Bauernsacherl” was complemented by an L-shaped exposed concrete body. The new building houses the entrance, the wellness area and adjoining rooms. It forms a boundary to the street. During the construction phase it turned out that walls and foundations were not equally stable or not at all stable and therefore a partial demolition was inevitable. However, since the owners were very attached to the old stock, their desire to reconstruct the building was respected. An attempt was made to reproduce the “genius loci” from the original building materials such as the bricks and the old roof structure. A new component was added through a reduced addition of concrete.

What makes this project one-of-a-kind?
A strong contrast in form and materiality between old and new should create a clear demarcation between the two parts of the building. 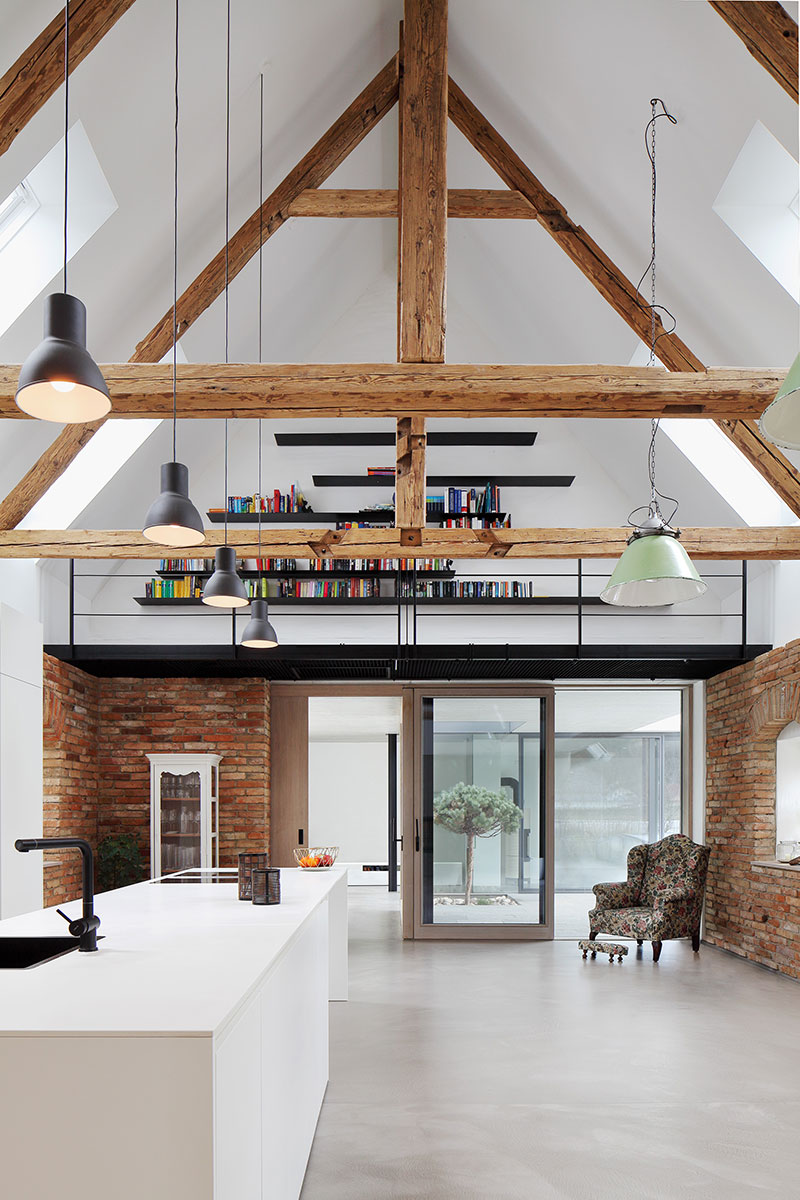 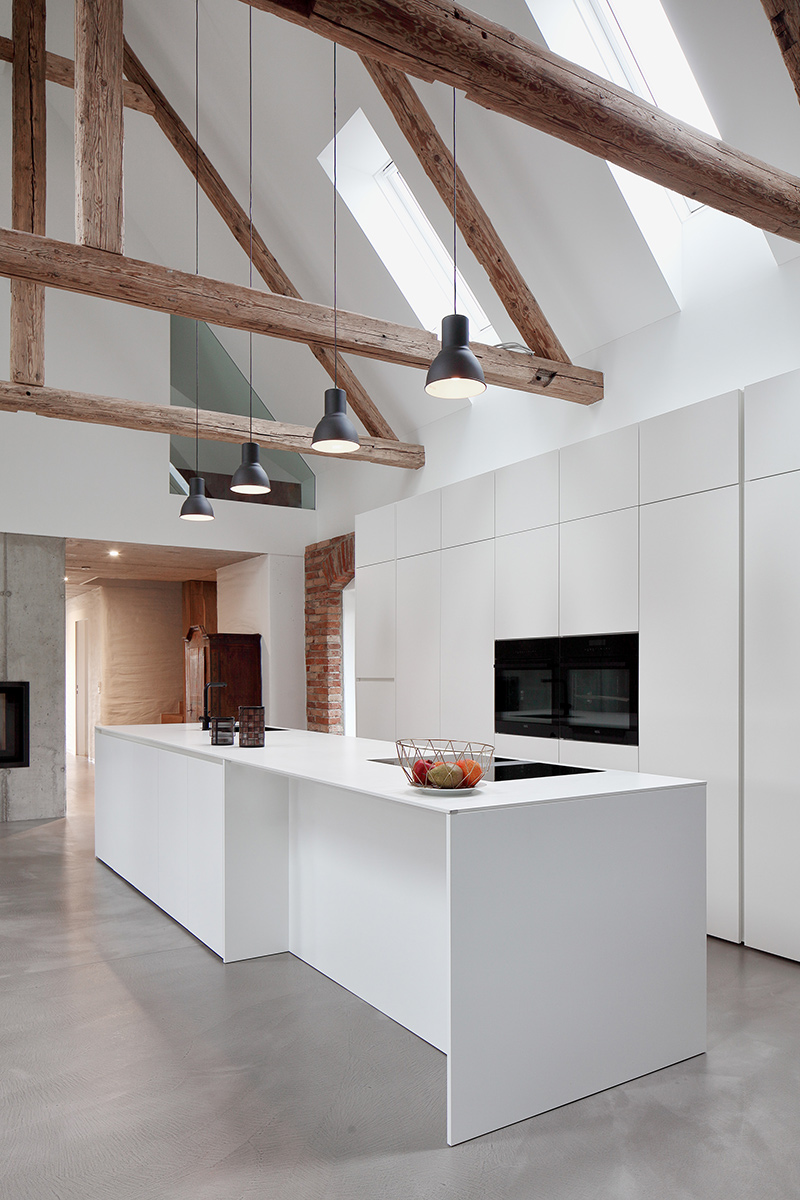 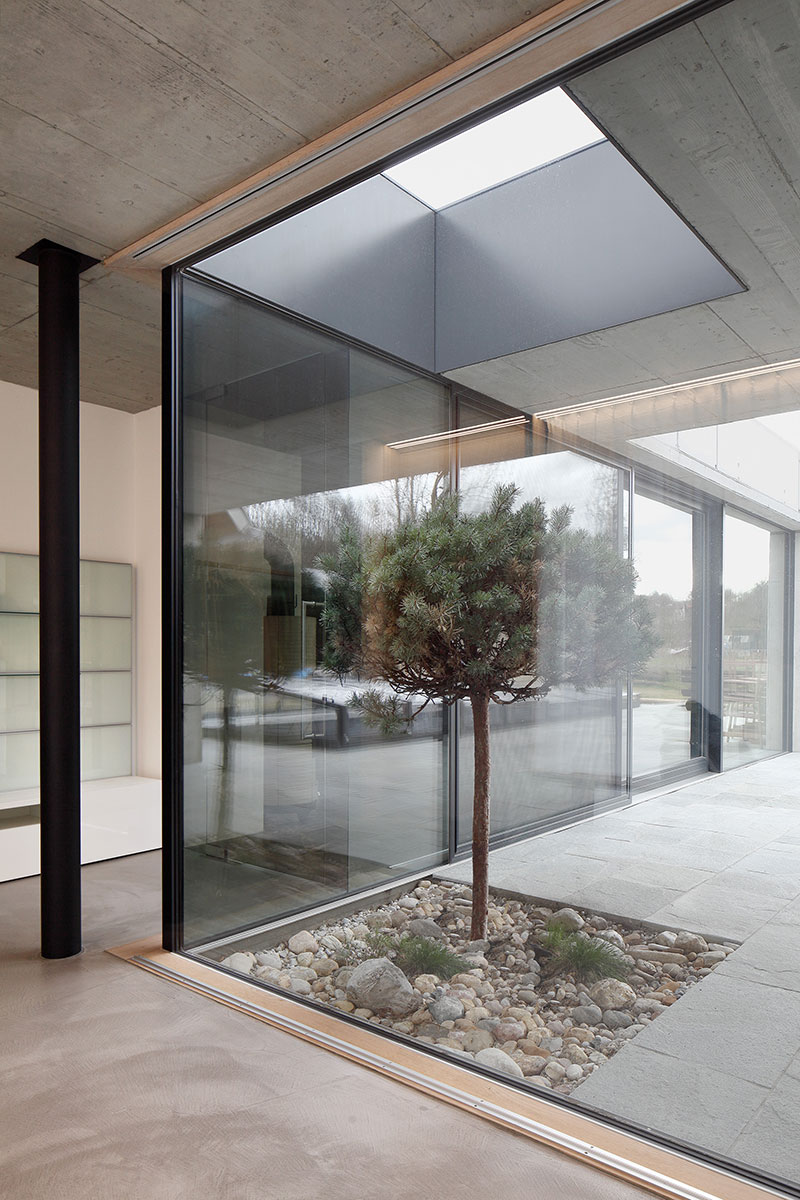 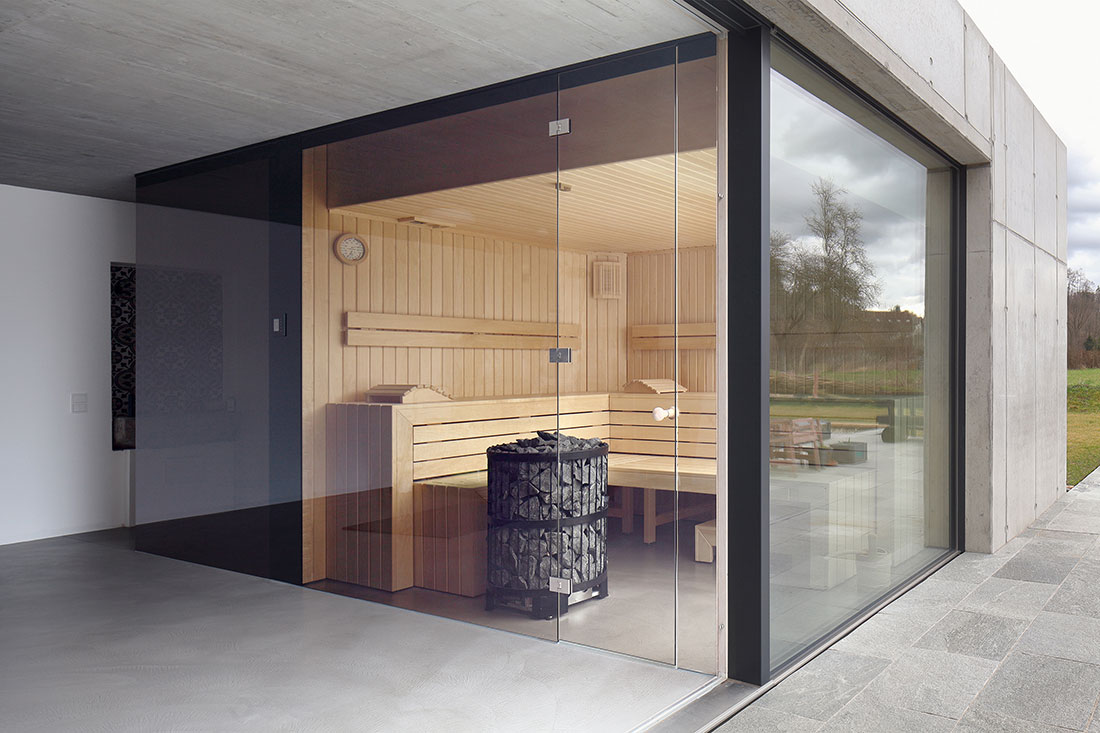 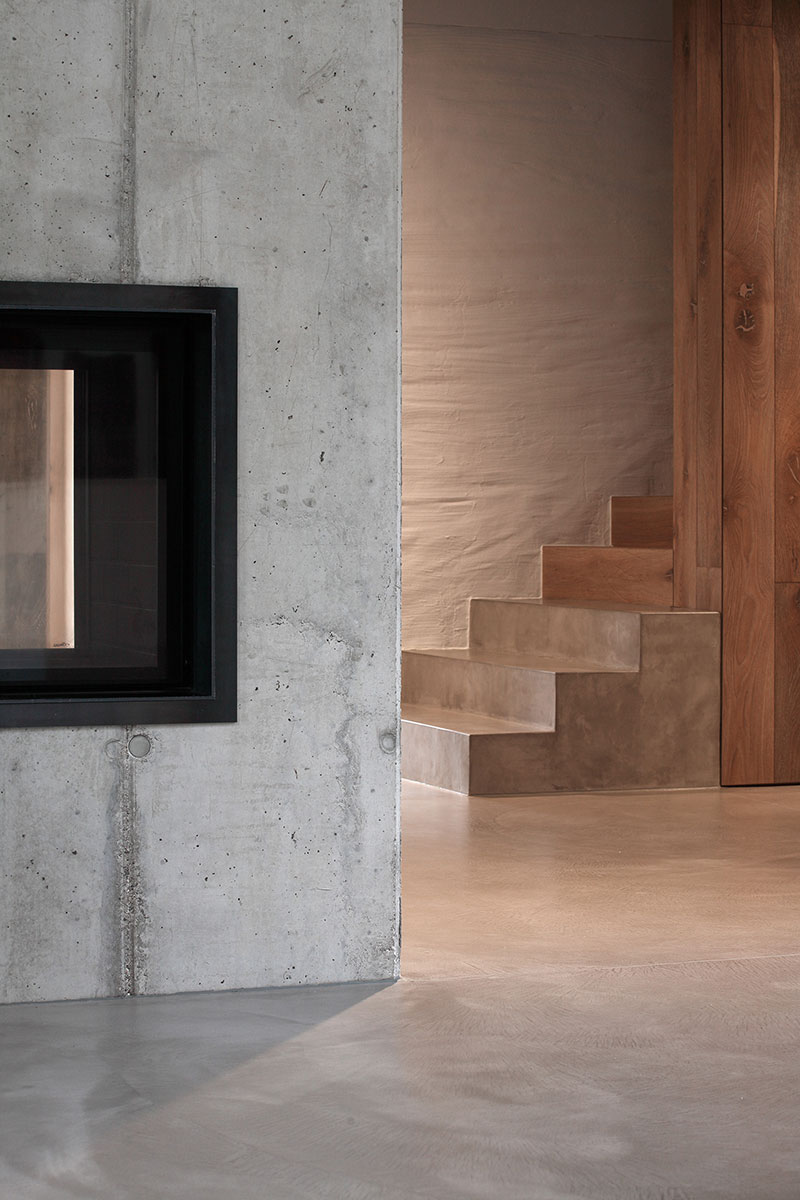 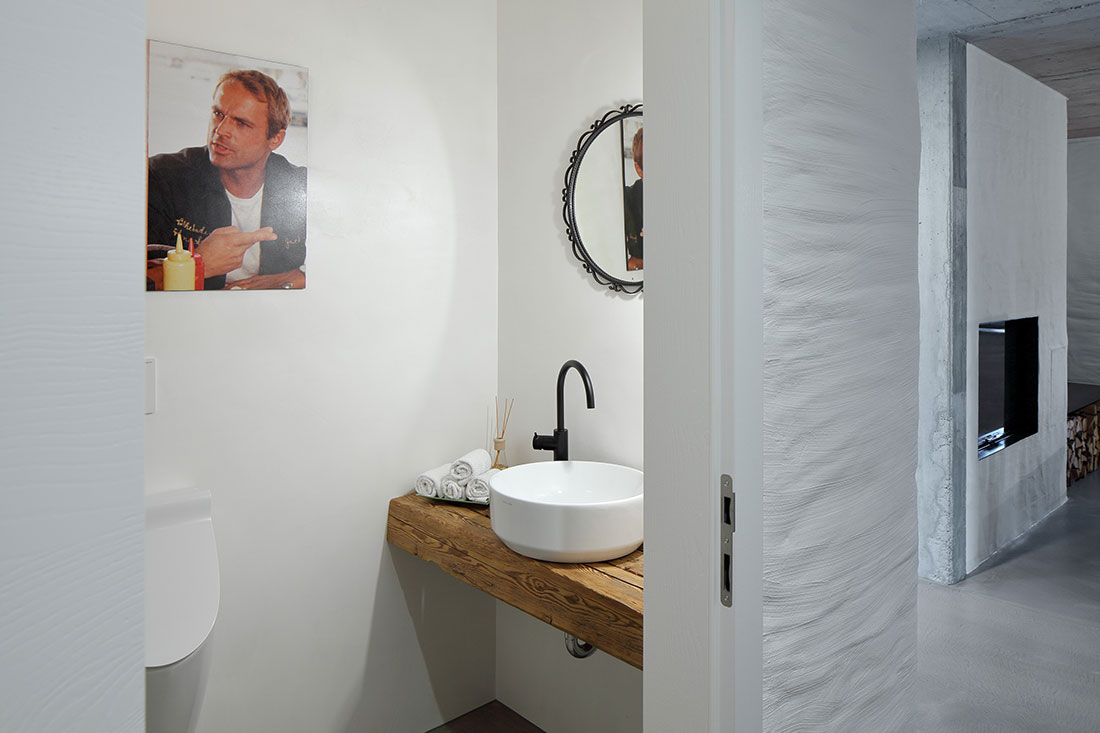