The government of the city of Split commissioned a business gift on the occasion of the 500th anniversary of the first edition of the epic “Judith” by the Renaissance writer Marko Marulic from Split (Croatia), which he wrote to comfort the people during the medieval wars. The pen represents a cannon because the writer fought against the aggressors with his culture, while at the same time, the people had to fight with cannons. It is realised in the autochthonous olive tree, a symbol of peace. The pedestal is made of stone, like the medieval fortifications. The cannon, on the pedestal, is basically facing upwards. But it can also be turned down towards the paper to merge the ink. But also, it is the symbolism. Just as a cannon fired cannonballs, so Marko Marulic threw sentences. Each pen is unique, textured, and handmade within a limited budget and edition of 200 pieces. The inscription MMXXI JUDITH, the logo of this gift, is engraved; MMXXI – Roman 2021, MM – Marko Marulic, D – Roman number 500. 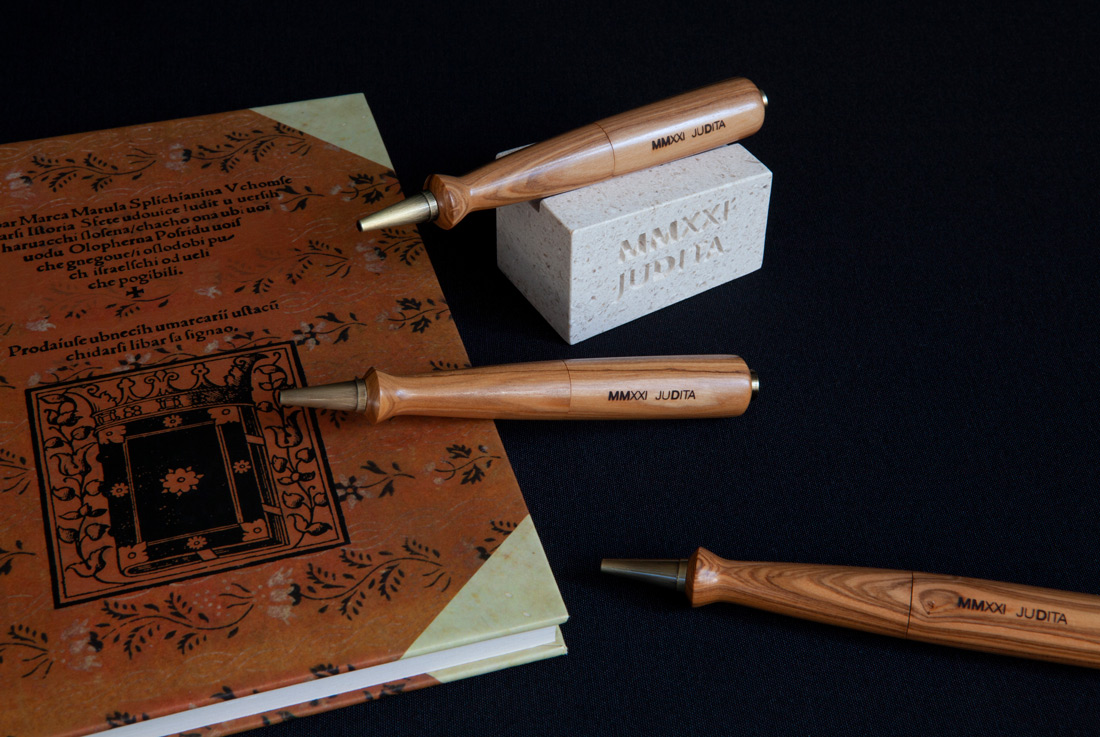 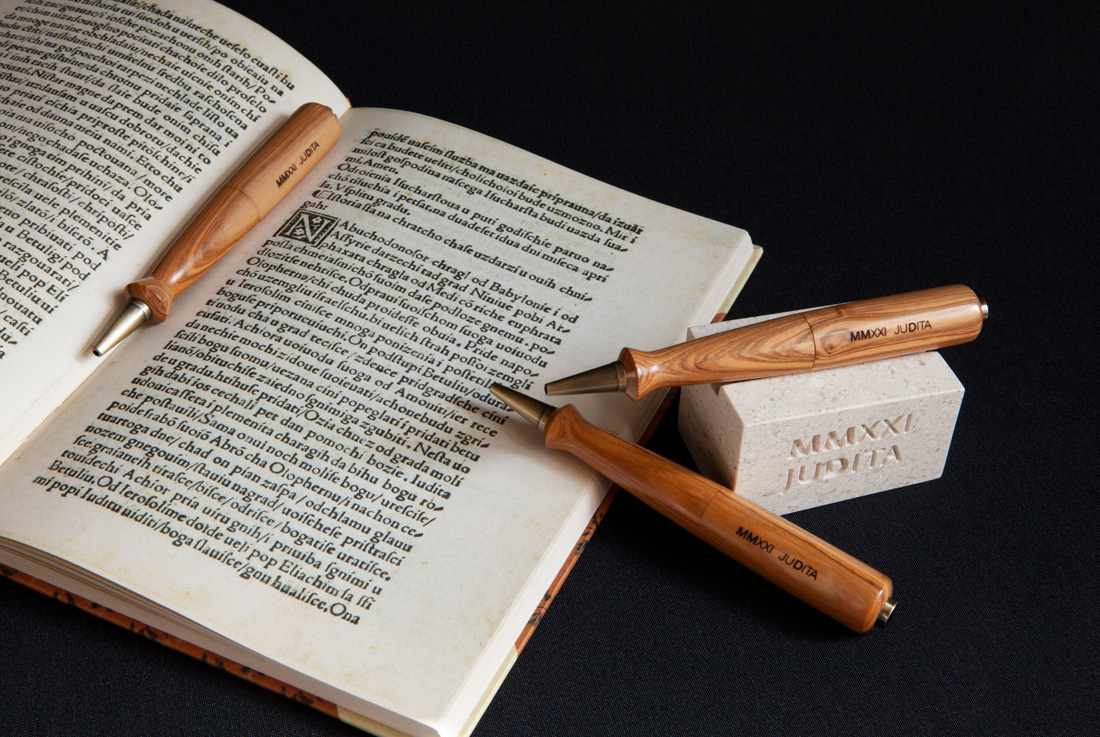 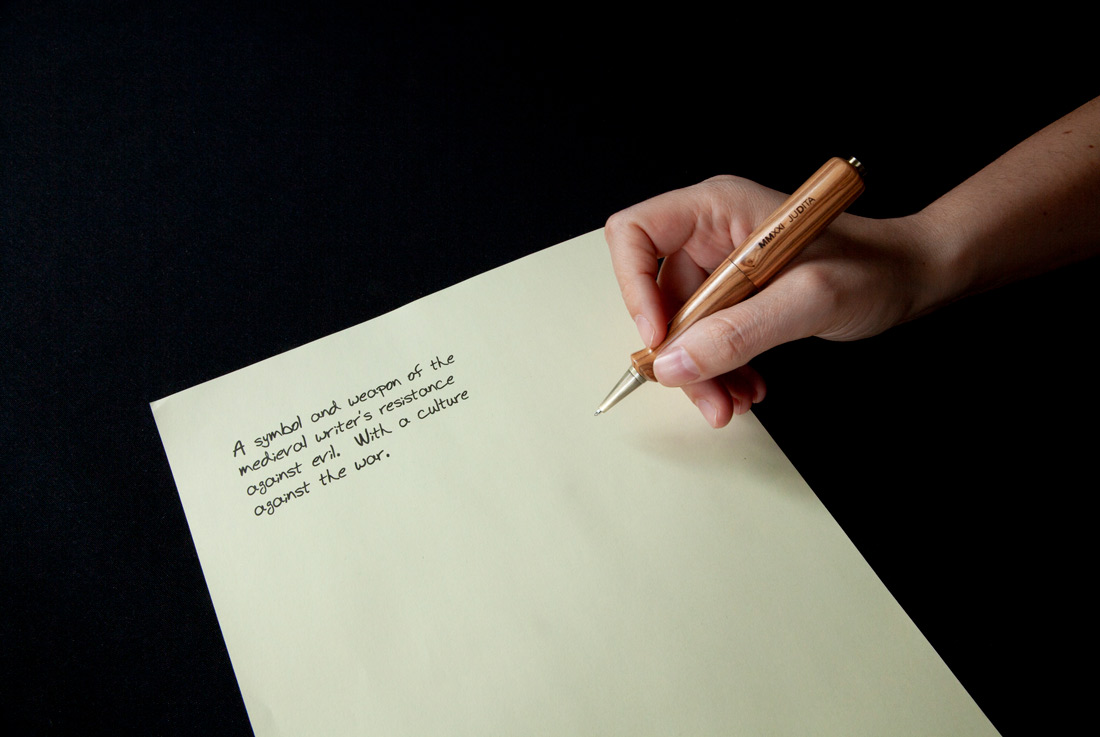 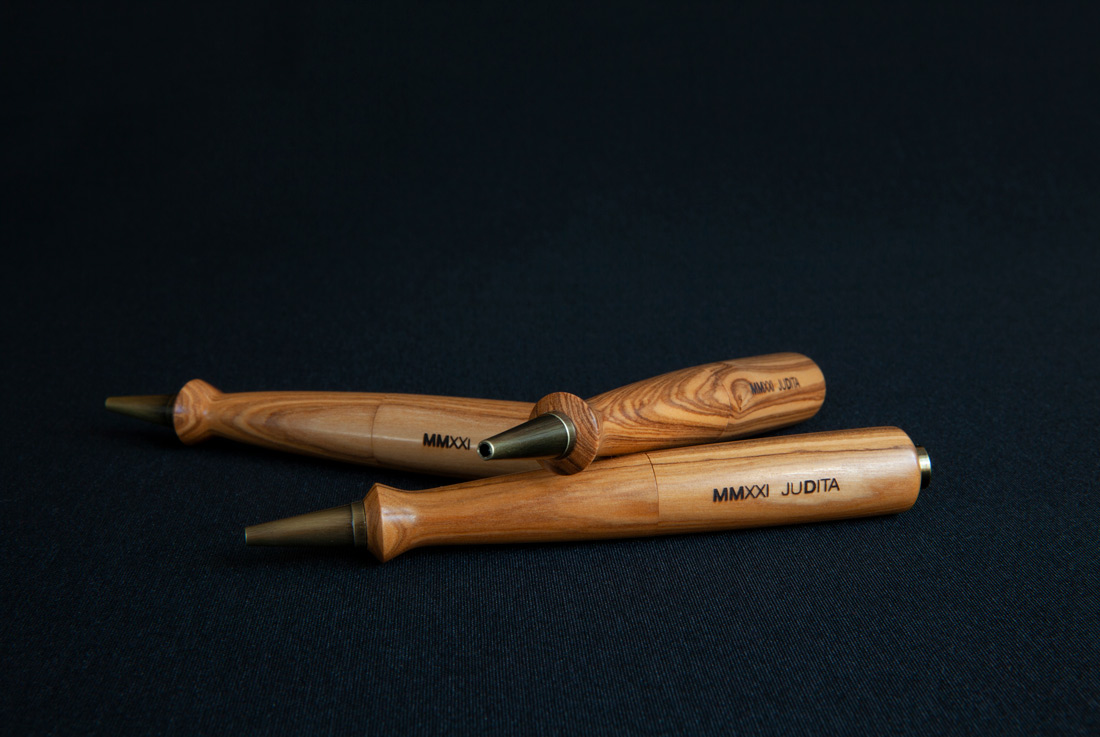 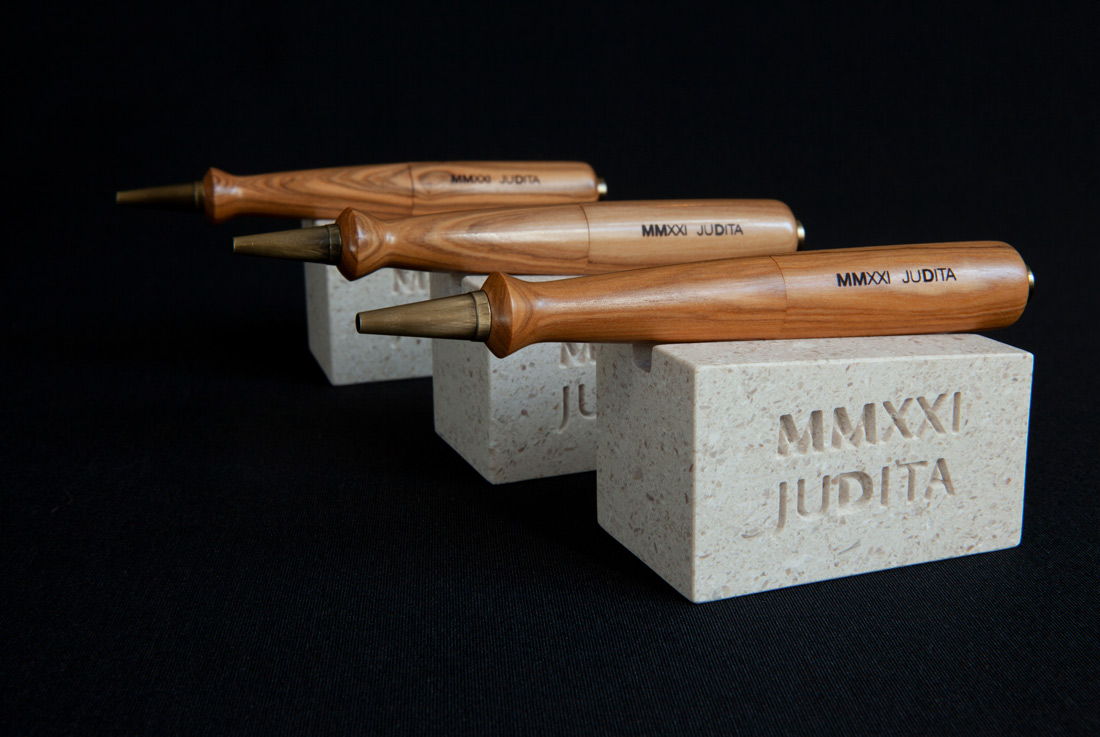 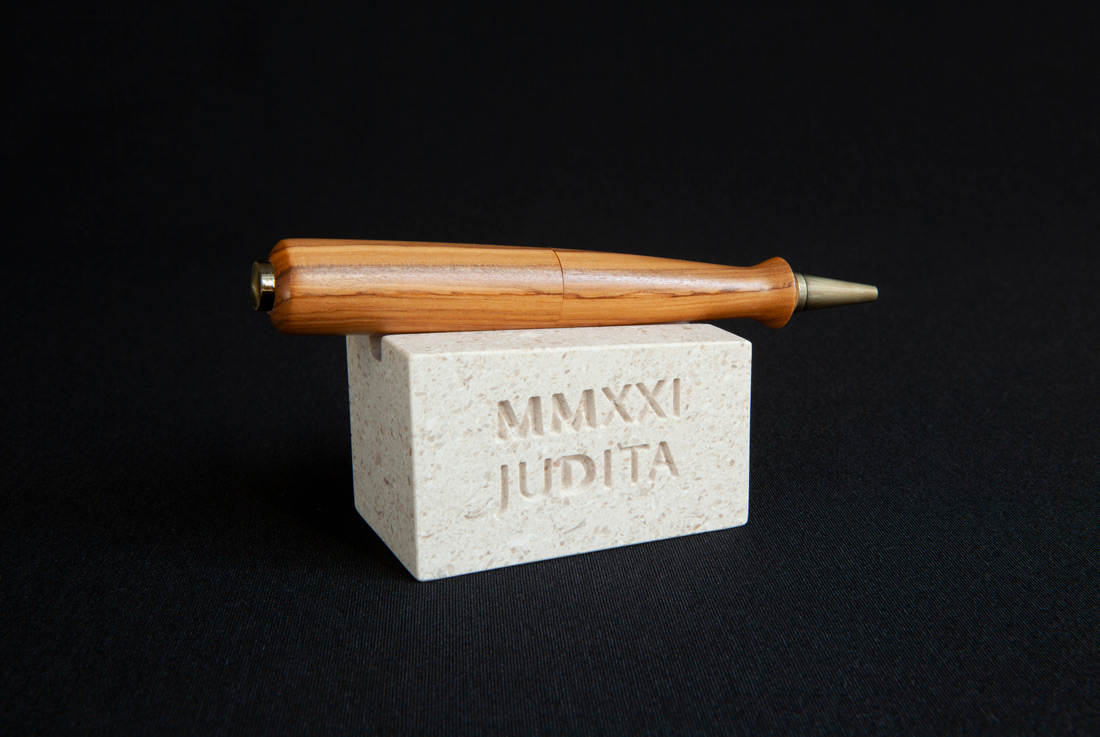 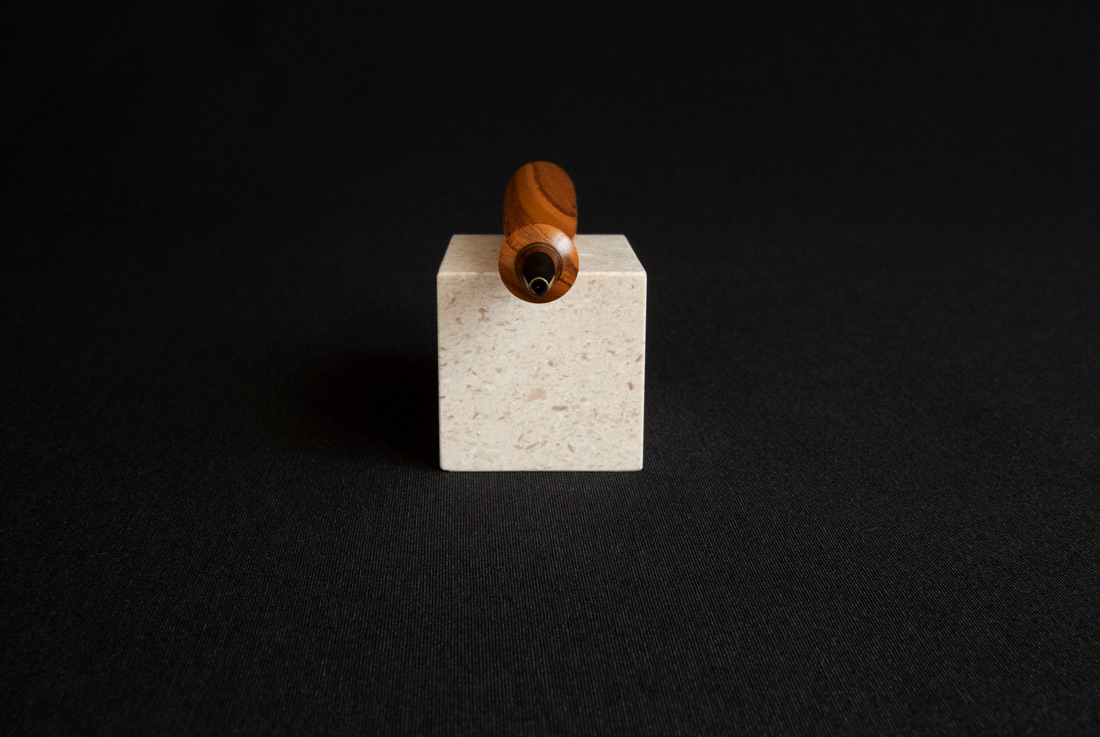 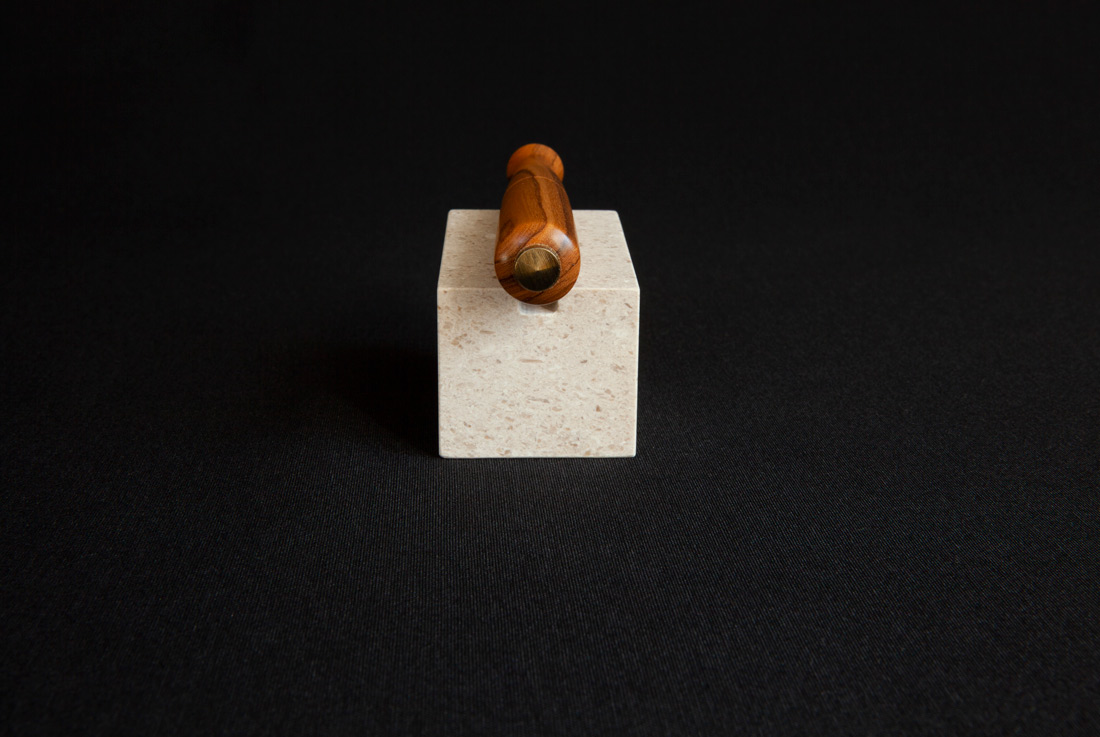