The apartment is located in the consolidated urban fabric of the city of Milan, and is on three levels, one mezzanine and a basement.

A flat portion is formed by a double-height space that accommodates the living, and appears as a privileged context. 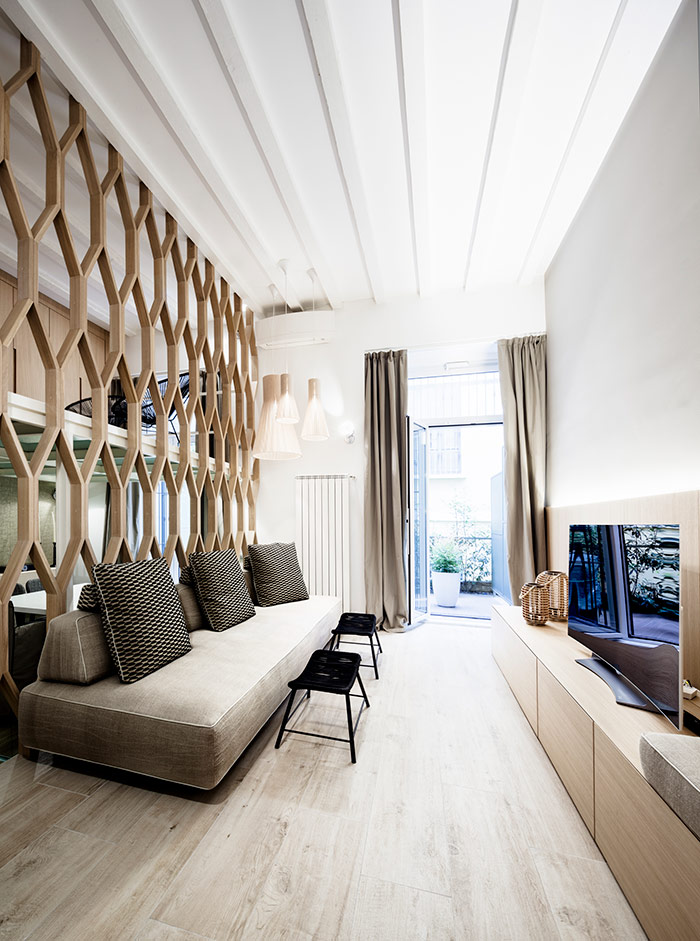 The project introduces a large regulator element represented by the timber wall, which identifies hierarchies for both domestic and becomes an element of visual orientation within the home.

The dividing wall through the mechanism of “see through”, allows you to separate spaces and at the same time to establish the relationships between them. The walls, like feelings, can separate or join. 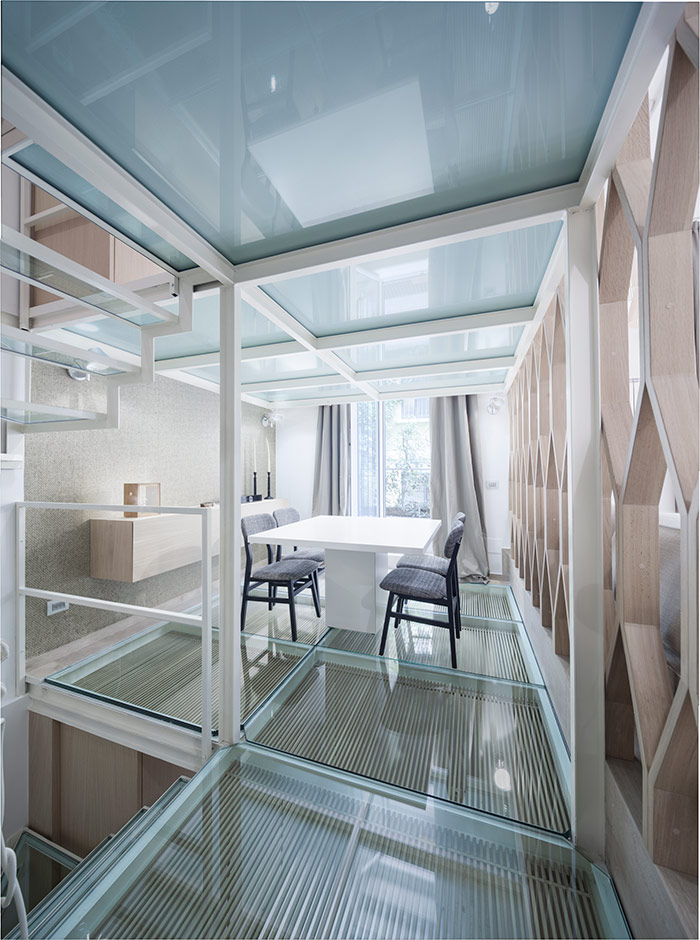 The floor of a portion of the ground floor is made of glass to allow the passage of solar light coming through the two large openings on the lower level.

The light that passes through the floor is filtered by a light shielding timber that is configured as an element of visual filter against by the underlying space. 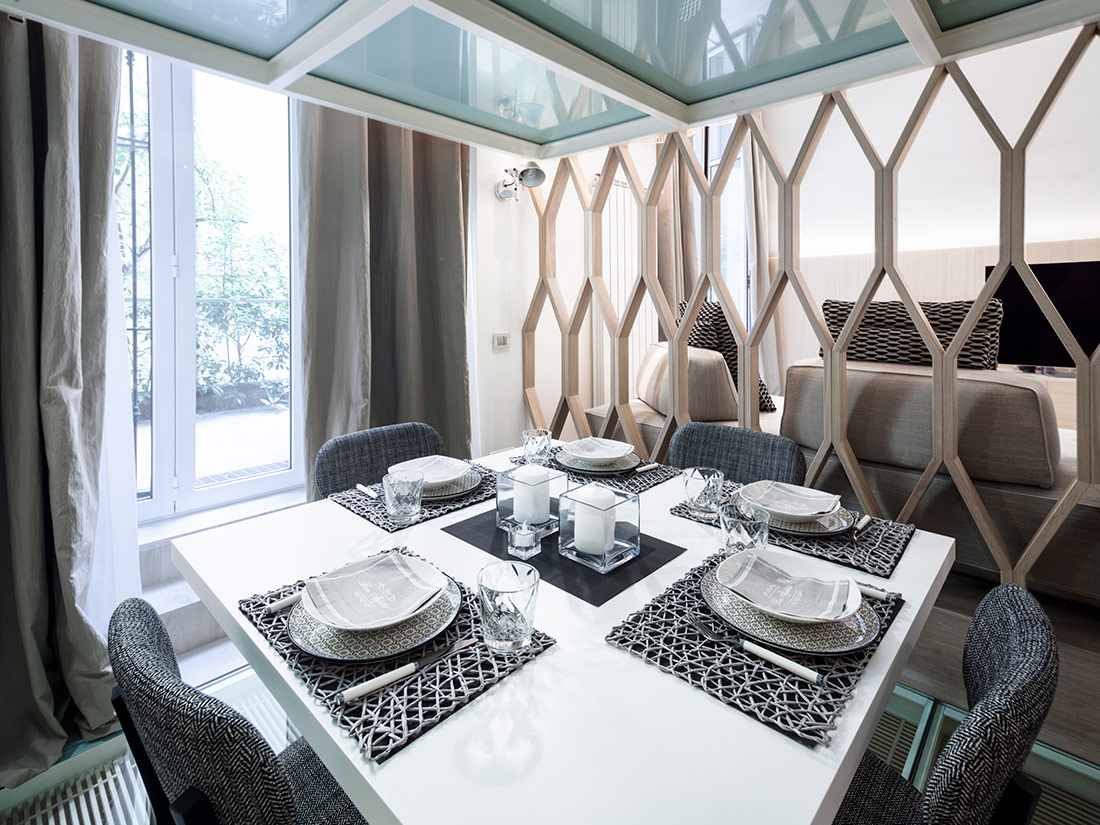 Many of the furnishings are all about design and develop an idea of tailoring space that escapes the approval of commercial design. 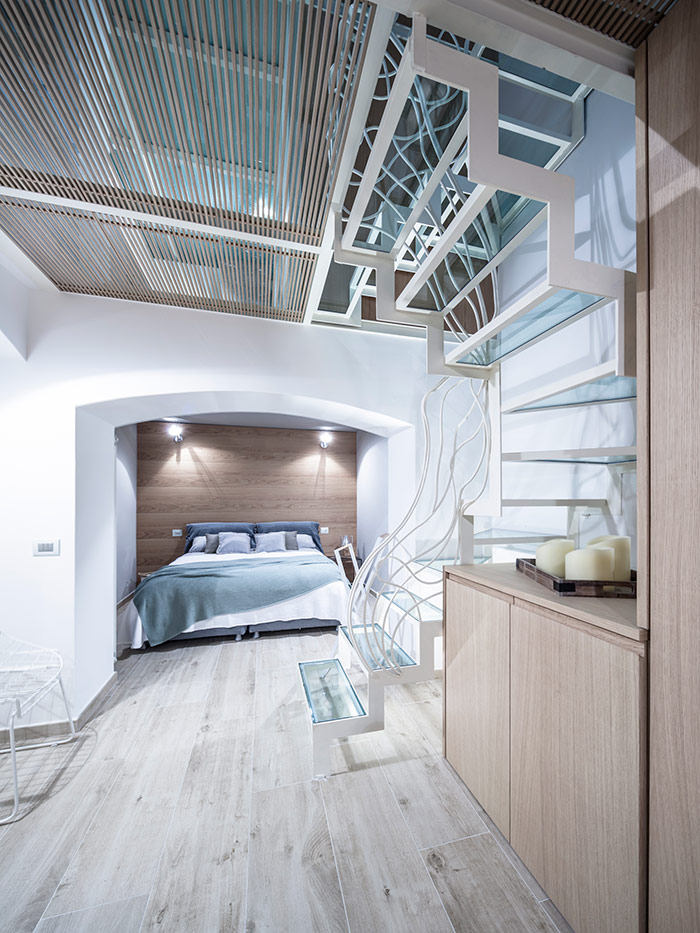 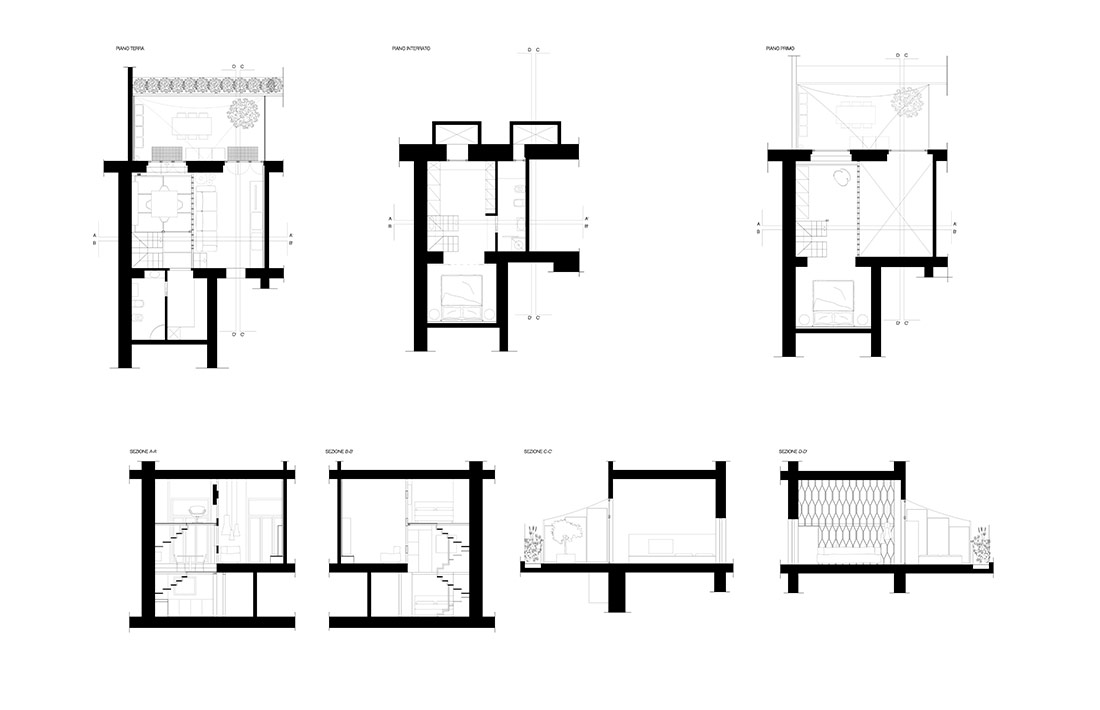