The building, through its structure, attempts to reinvent of the typology of the ‘polykatoia’ – block of flats, addressing the issue of contemporary urban living, where the unoccupied space of the lot, is proposed as an open air, central entry hall as well as, a transitional space between the city and the living quarters. The structure of the building is in reinforced concrete, which surrounds the aforementioned central space of the atrium, while at the same time it carries the floor slabs in the form of cantilevers. This structure allows maximum freedom in the layout of the floor plans of the dwellings as well as the exterior facades of the building. The latter, self-supported, are proposed as a “sculptured skin”, which contains some of the functions of the dwellings, with positive and negative volumes, projections and fully opening glass panes, making the total volume of the building monolithic and at the same time transparent. Finally, the last level of the building is proposed as a “suspended garden”, which towards the city, it is defined by the self-supported external façade structure of the building, allowing the visitors of this open space, to re-orient themselves in relation to the urban and the geographical context in which the building it is located.

What makes this project one-of-a-kind?
The attempt to reinvent the typology of the urban block dwelling, the so called in common Greek, ‘polykatoia’. The is proposal of the internal unoccupied space of the lot as an open air atrium. The street facades presented as a “sculptured skin” of the building. 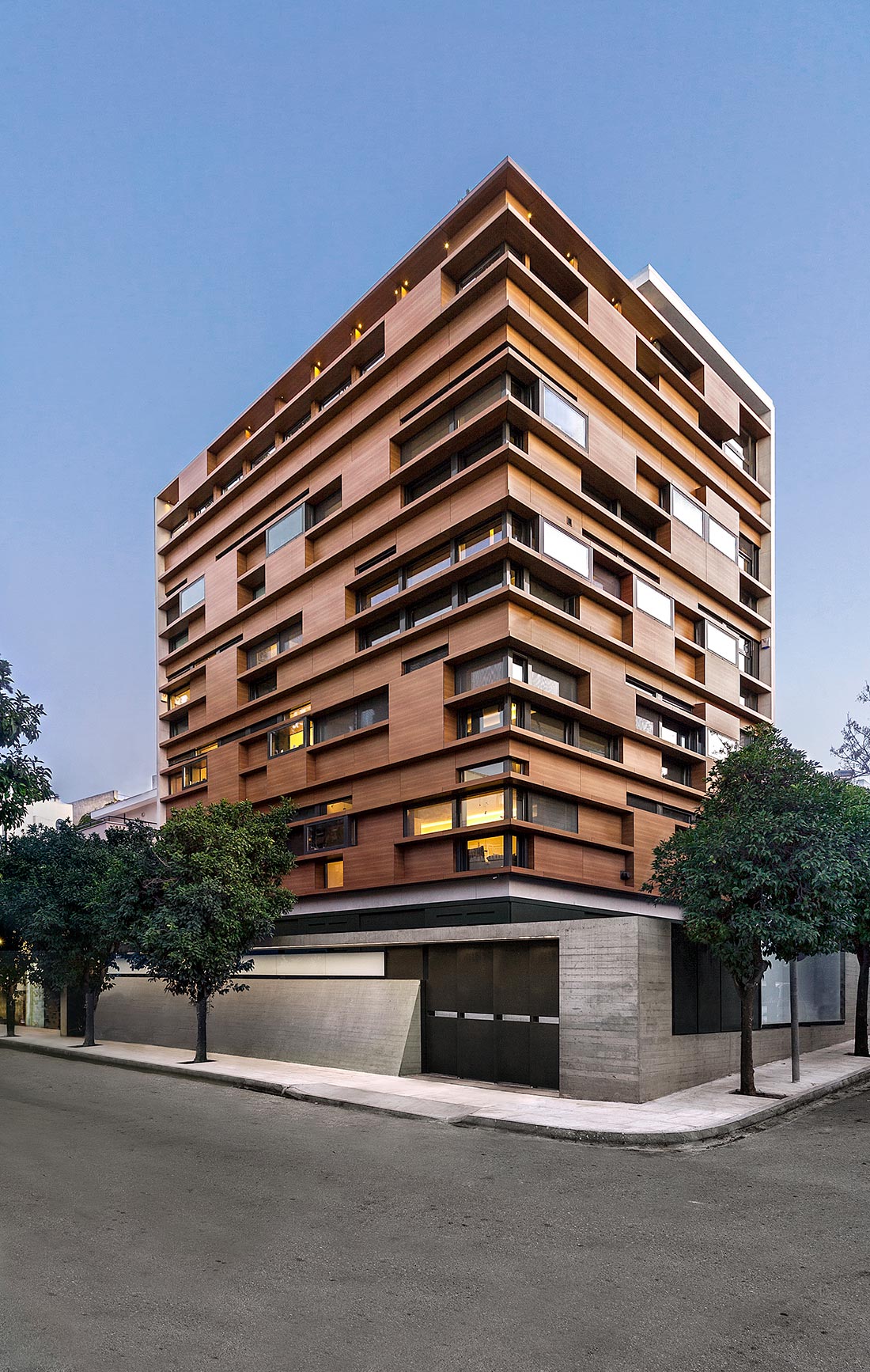 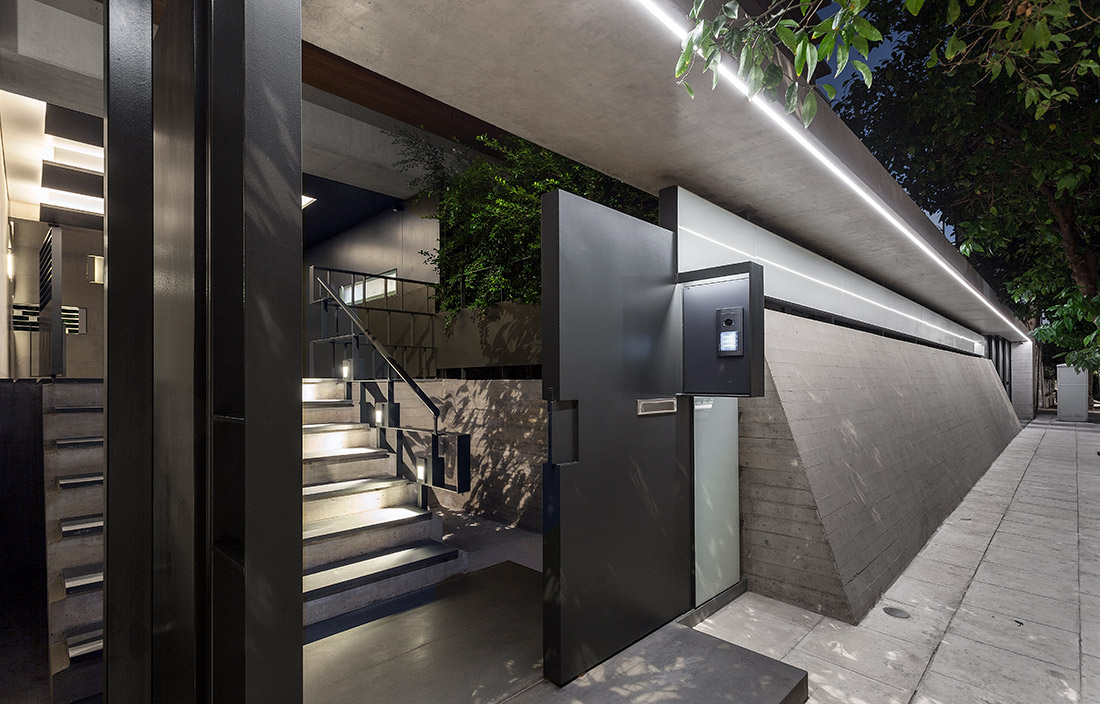 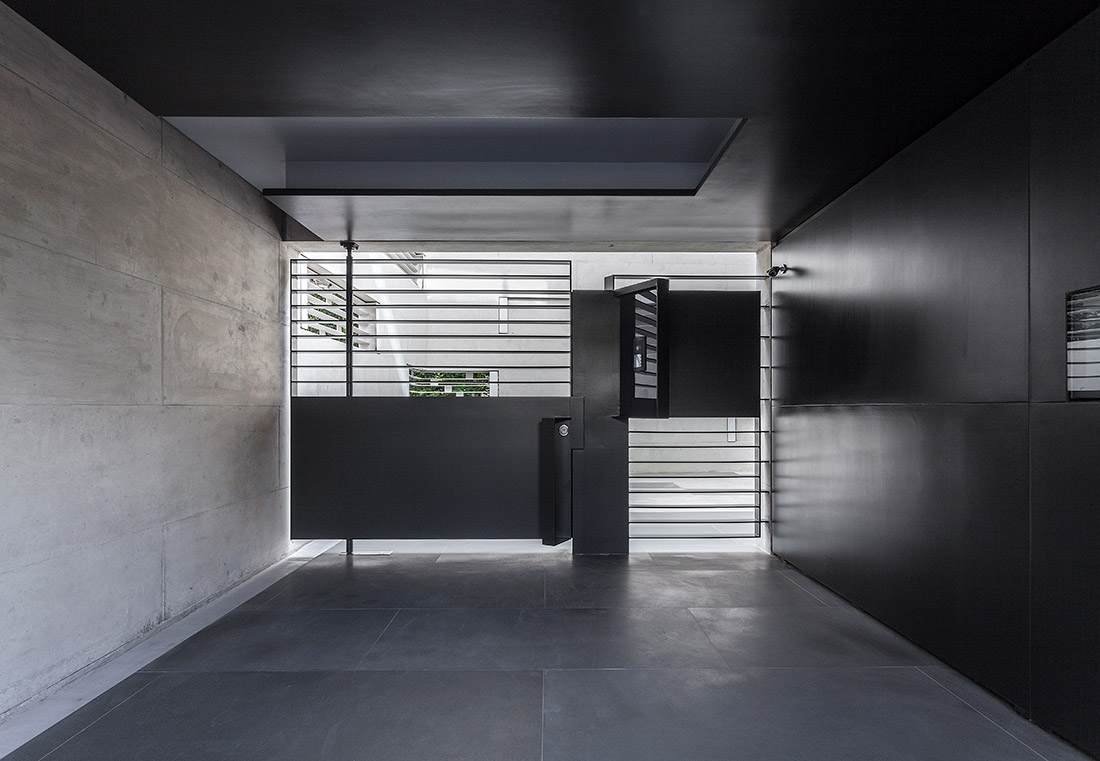 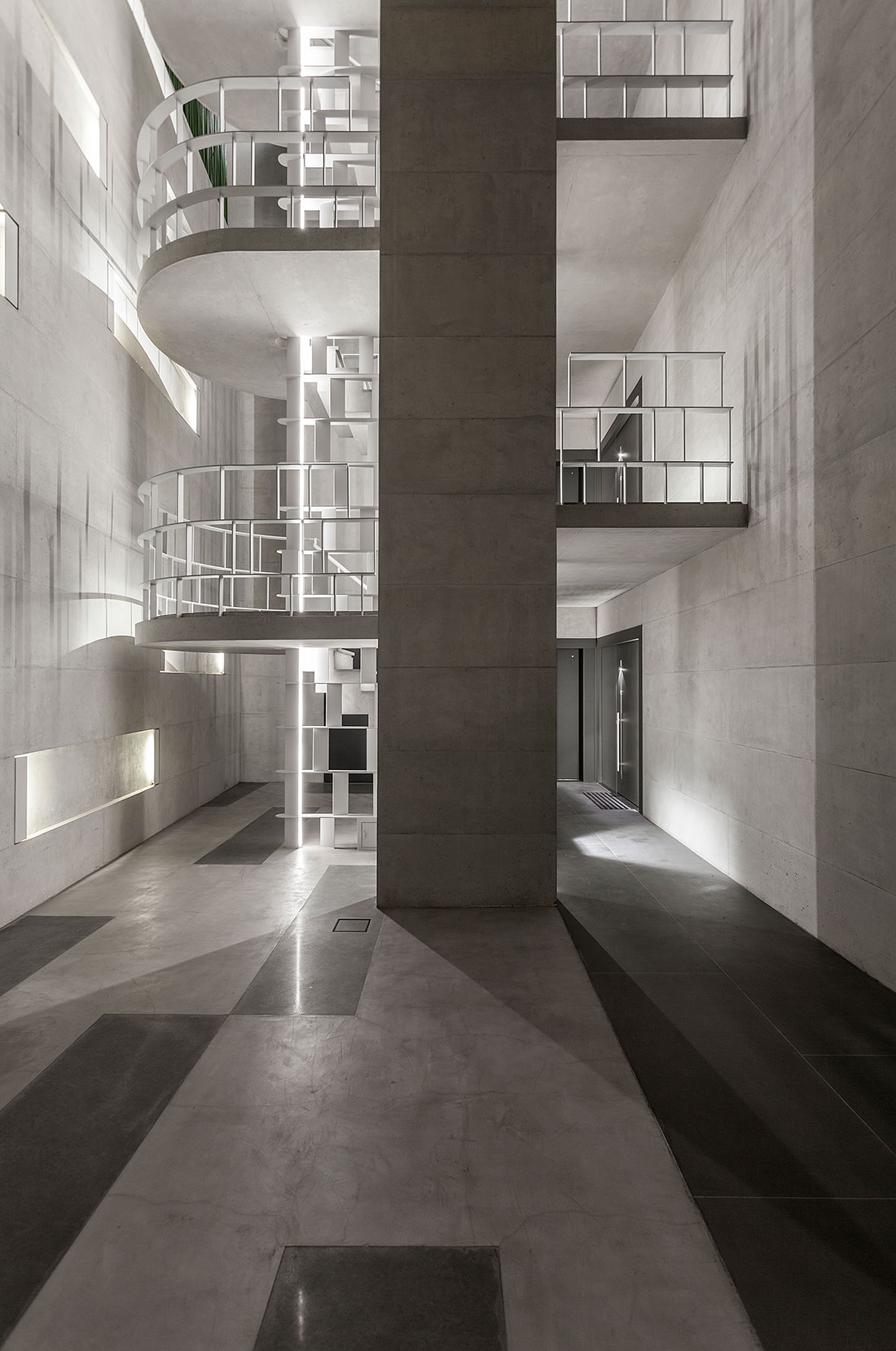 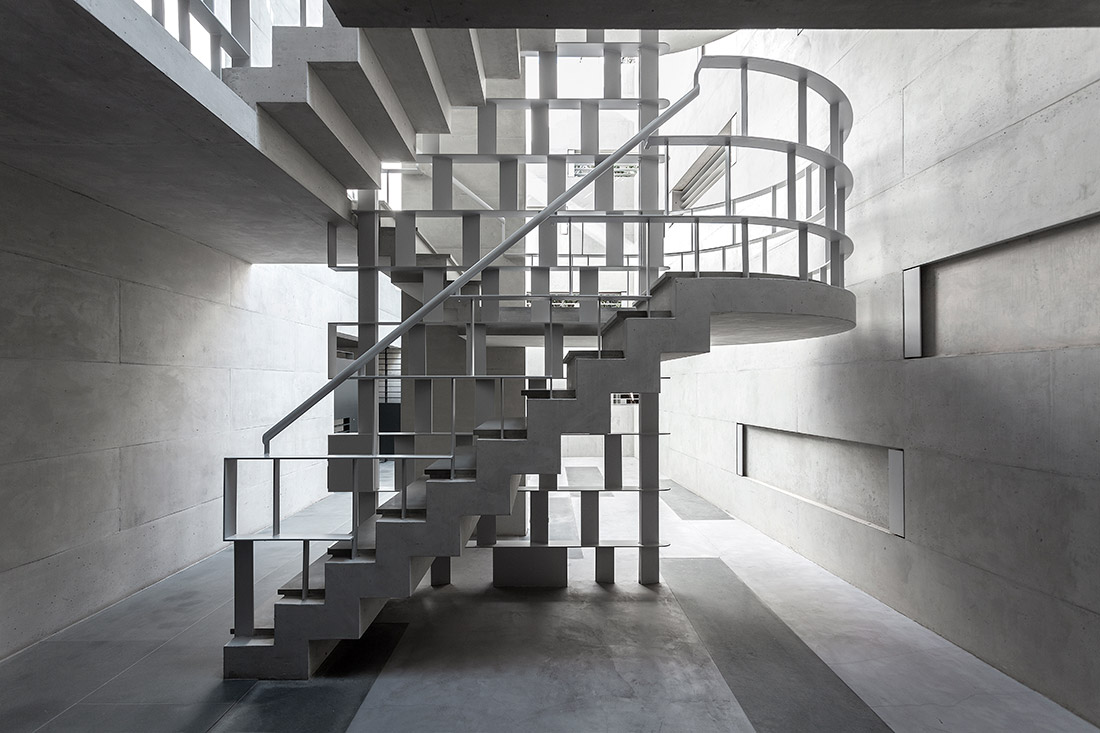 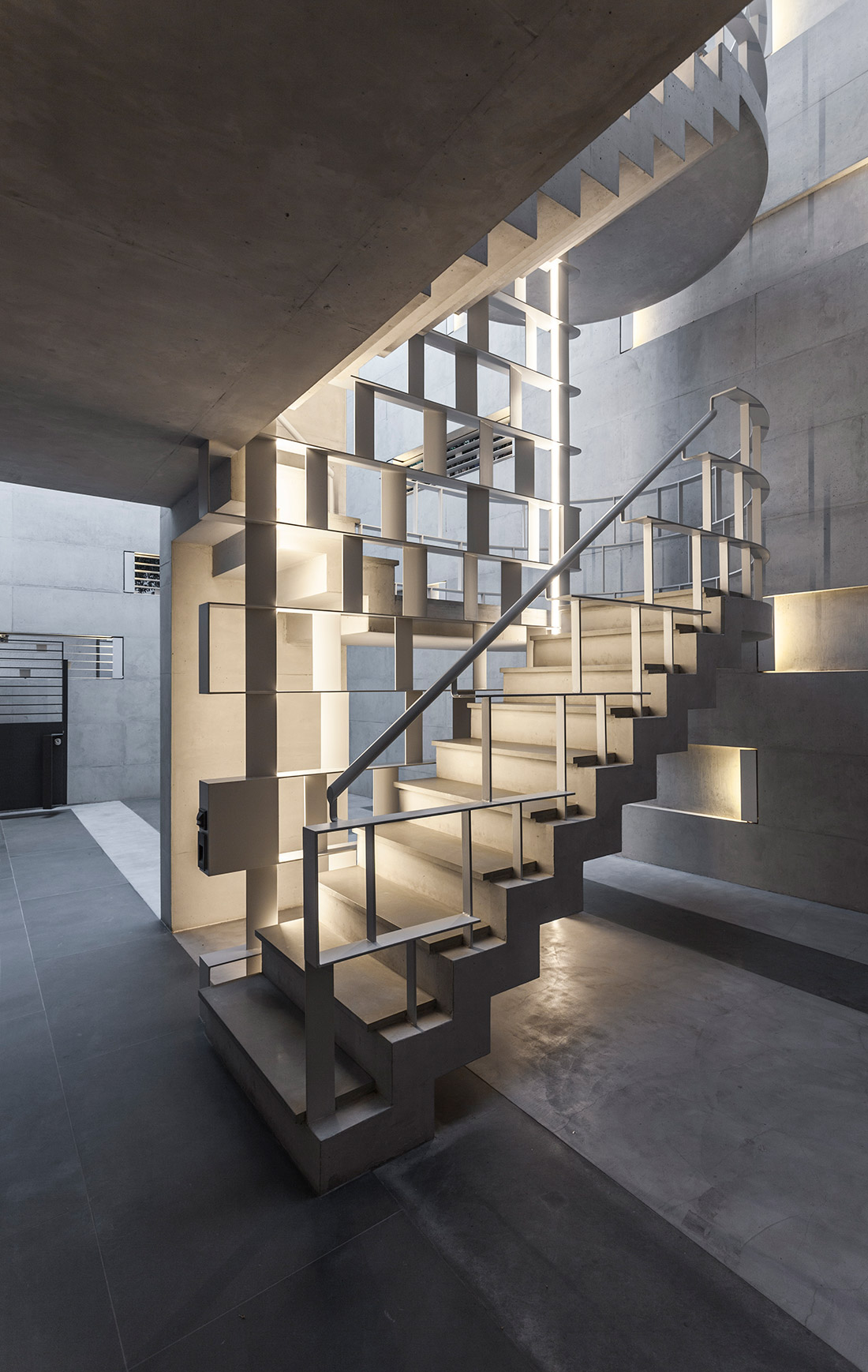 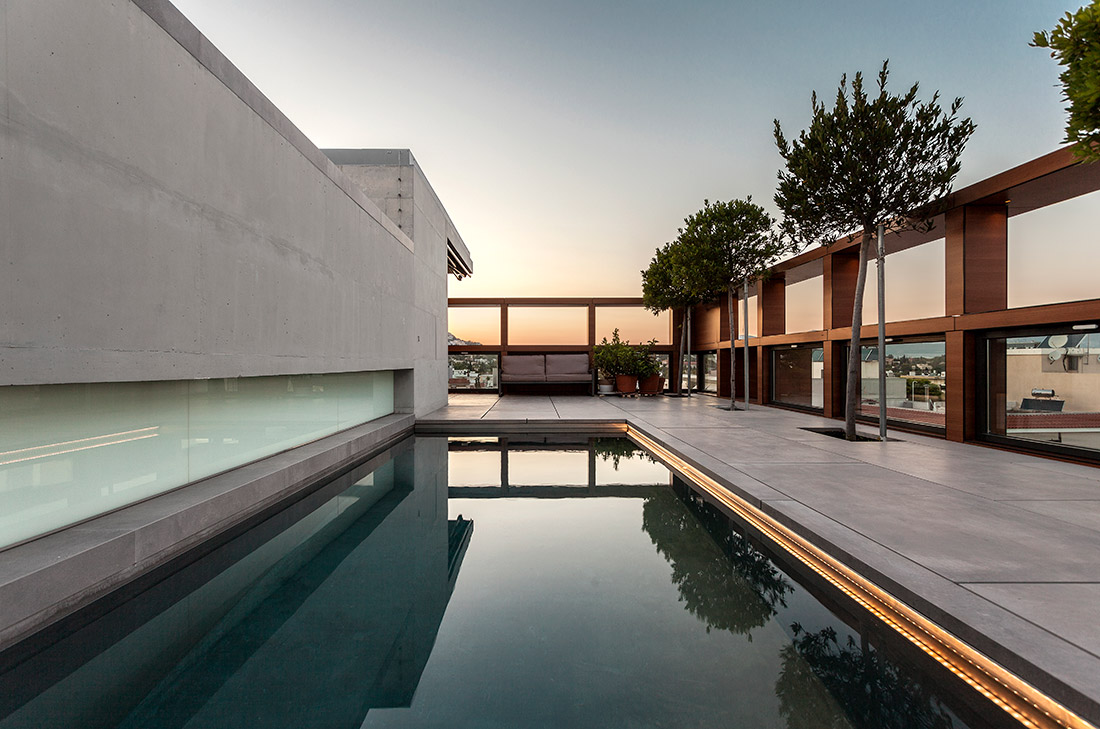 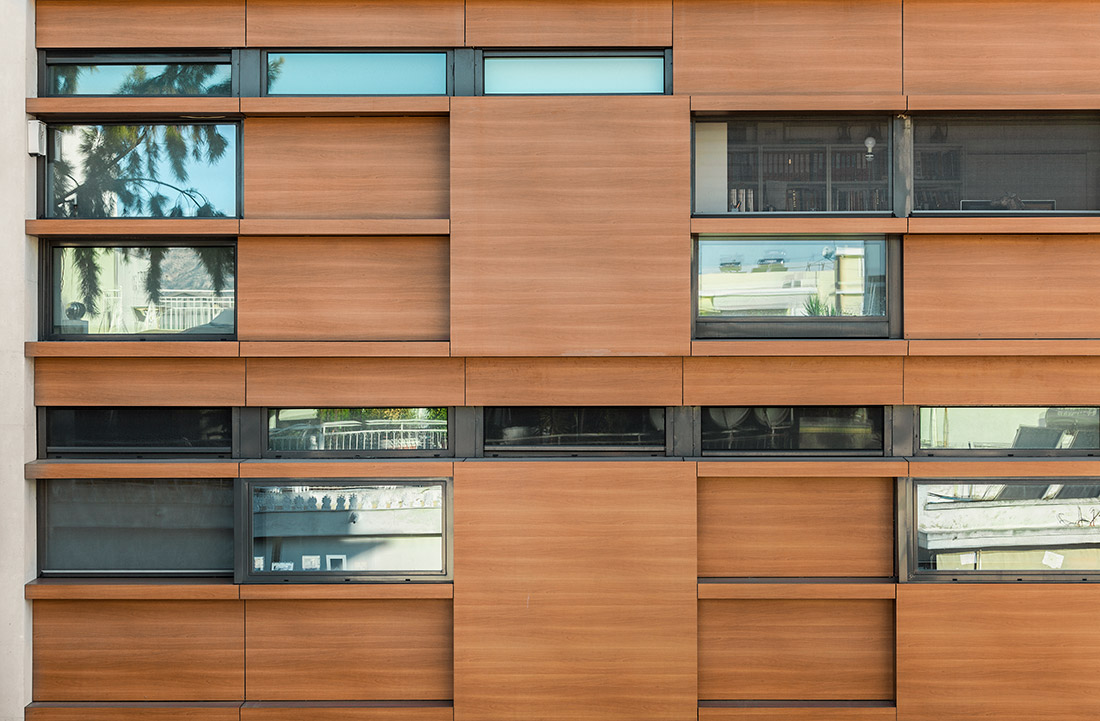 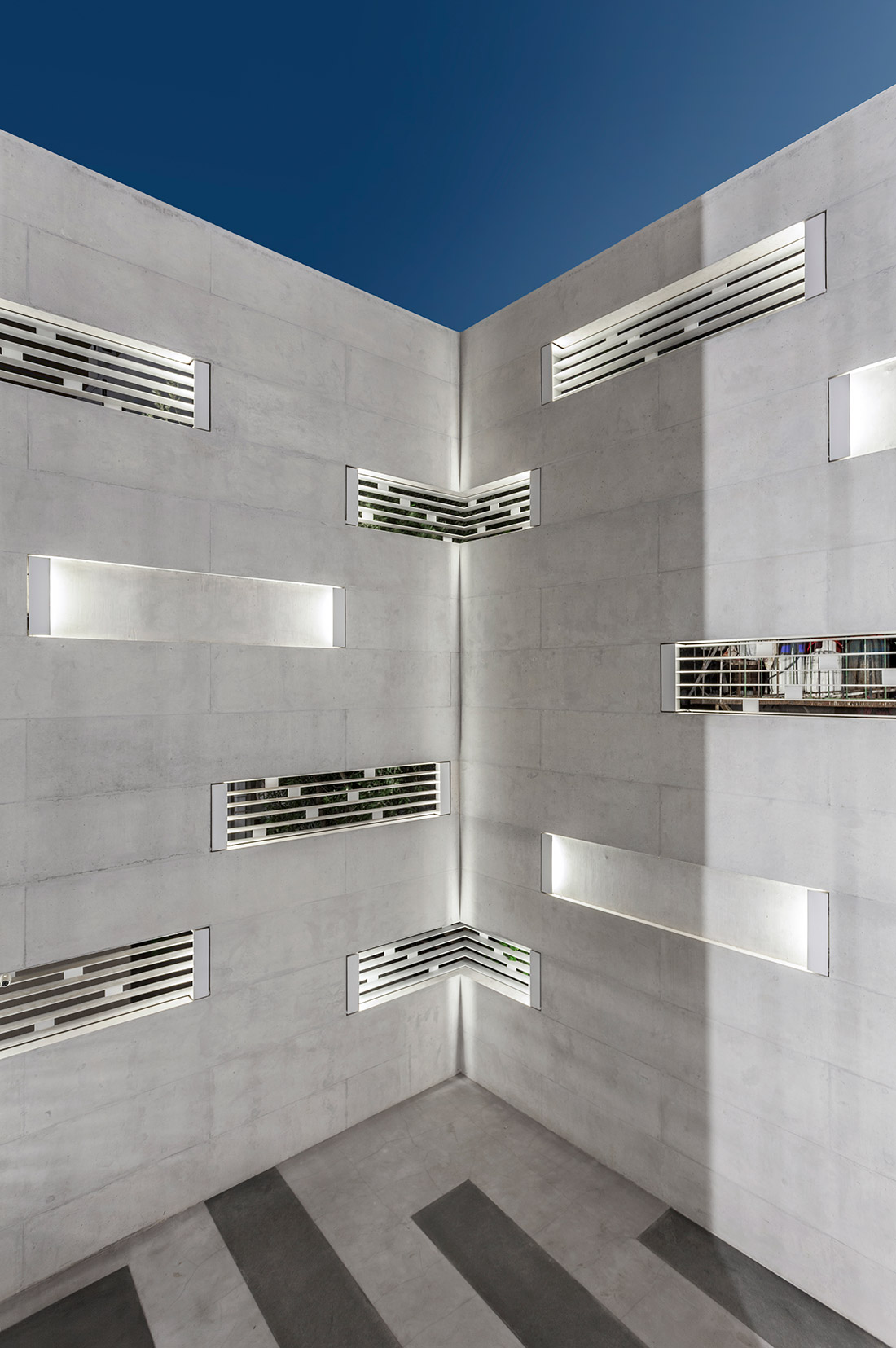