The house of PJ was built in 1936 on a hill overlooking the nearby historic city centre of Cluj. The vernacular modern villa bore the marks of the art deco style. The ’architect’ probably was the builder who like a good tailor, studies fashion magazines carefully, and applies what he had seen, but did not understand the deeper, structural coherency behind it. The onetime house functionally did not work, the obvious needs for a comfortable living entailed a mas-sive intervention. By the radical upgrade of the villa, our goal was to create functionally well-working spaces with good orientation. The new form is based on those stylistic elements that connected the house to art-deco. Except the general outline and the walls of the street facade, the house is totally rebuild with contepmorary details. The ground floor consists of the linear, open-plan layout of the kitchen, living room and dining. On the first floor the staircase leads to two bed-rooms, a wadrobe, a shower and to a covered terrace oversees the garden. The old roof was replaced by a partial second floor and a rooftop terrace with an extraordinary view to the city. 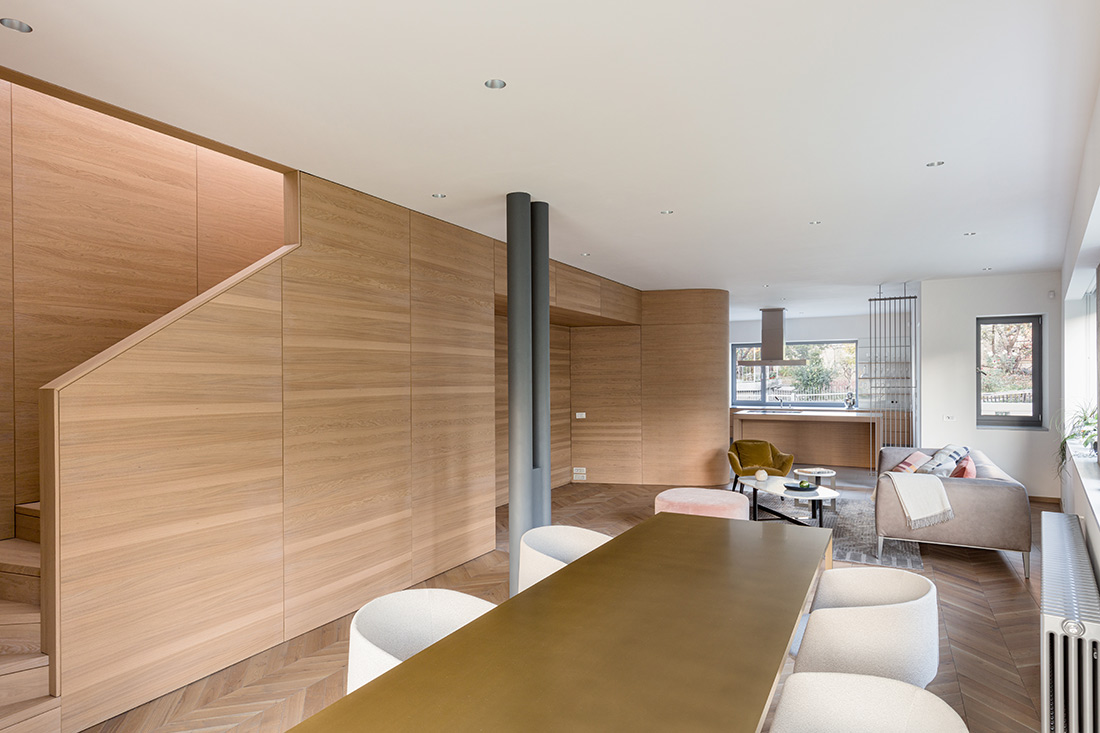 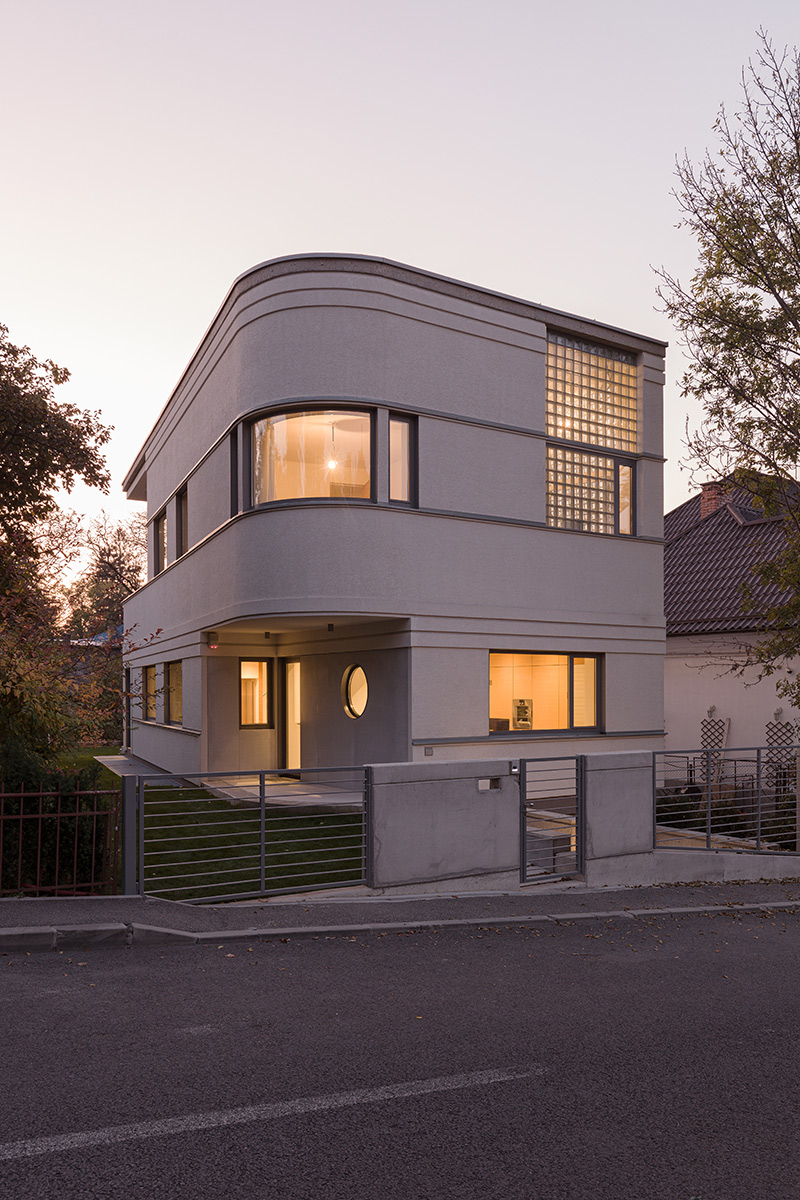 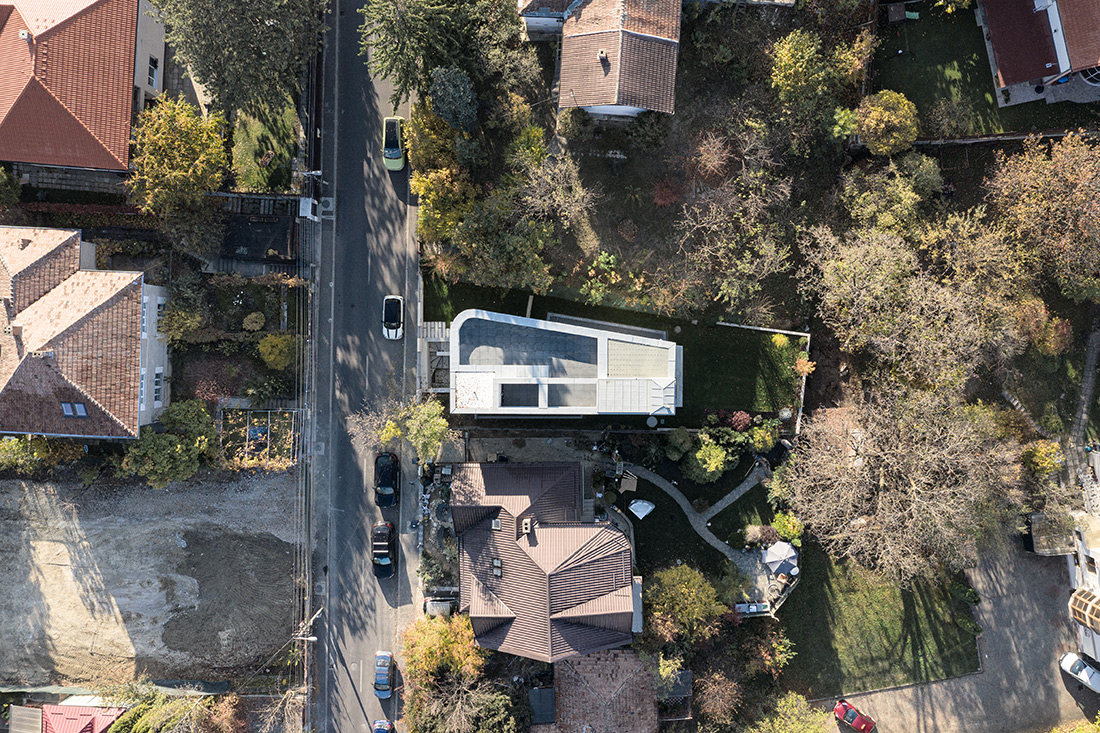 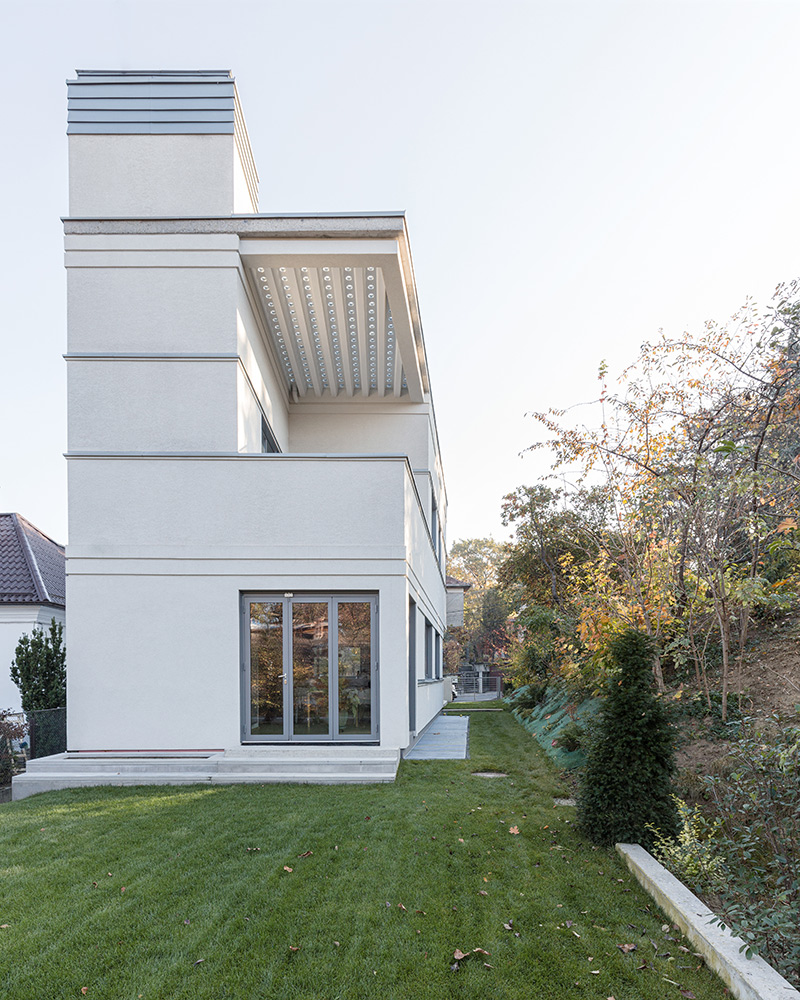 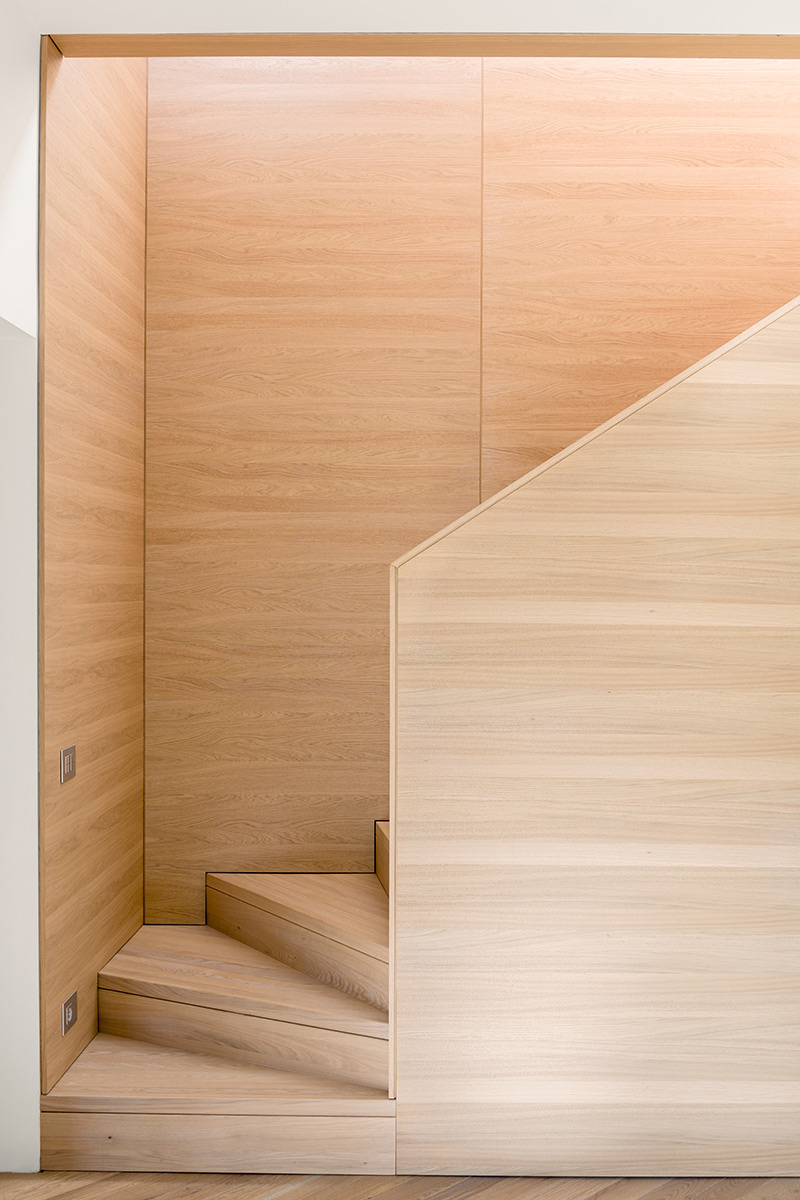 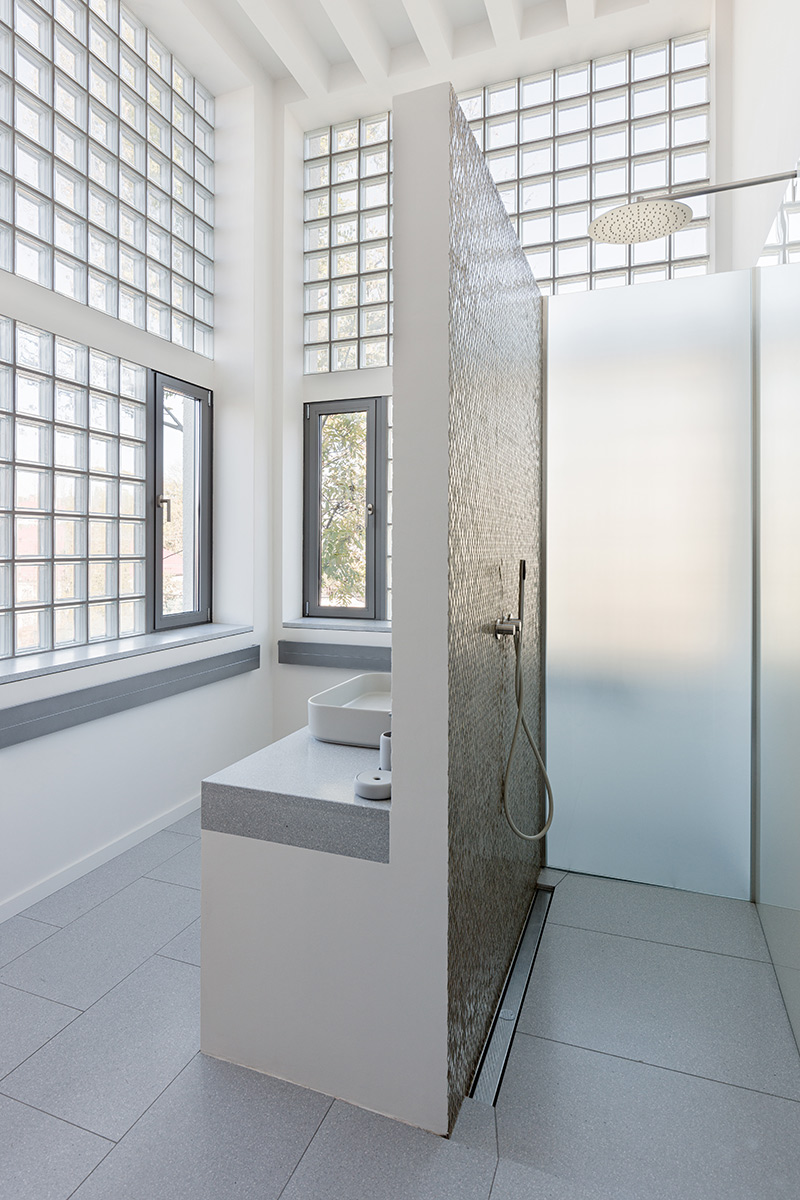 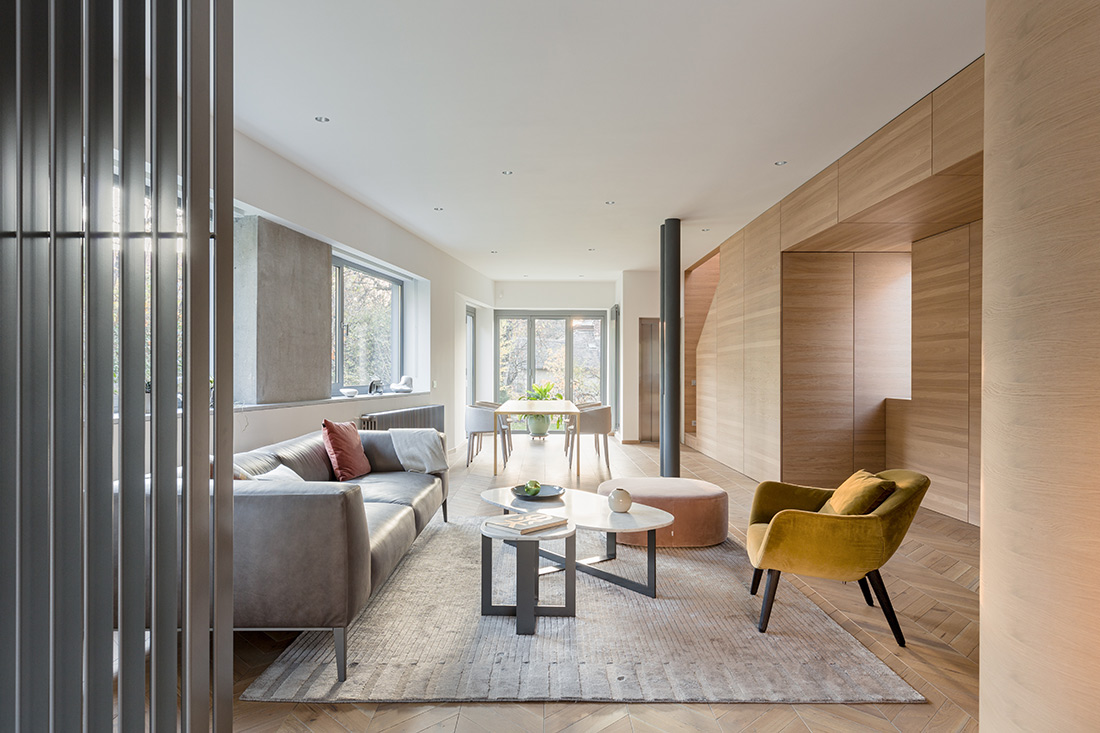 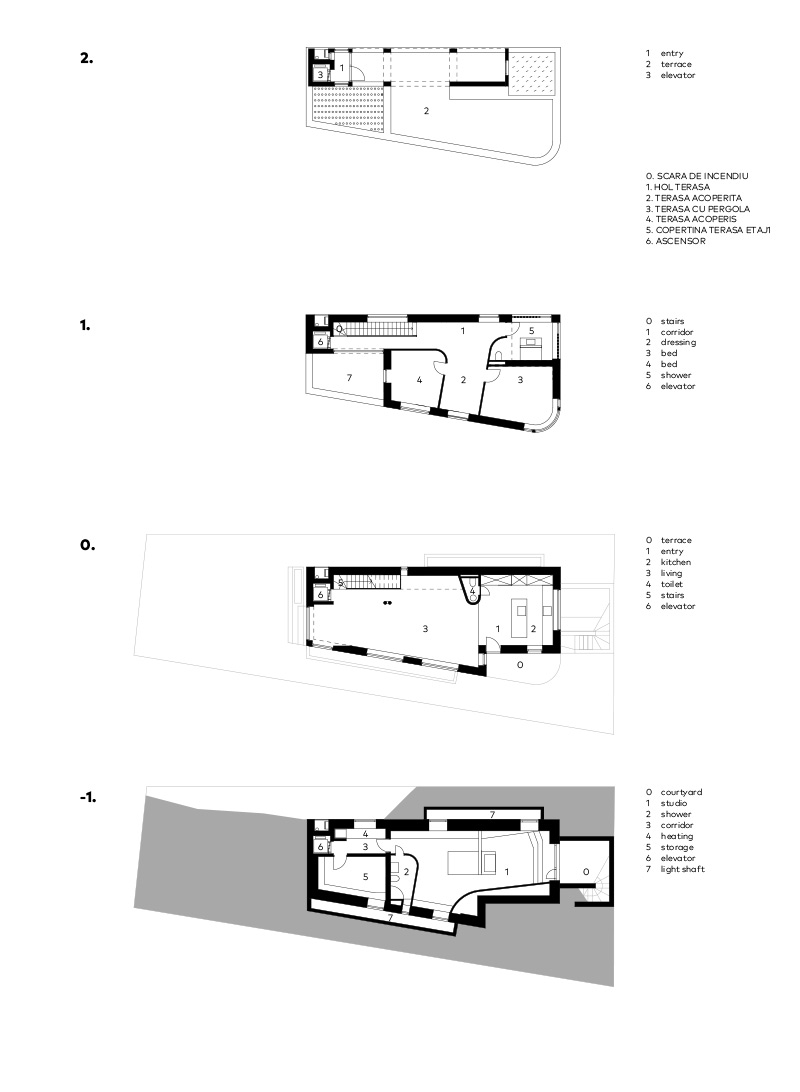