The family house has been built in the city called Mogyoród, Hungary located east of Budapest, next to traditional family houses. The vernacular history of the neighbouring houses influenced the architectural character resulting in a simple, restrained appearance. The building is located on the edge of a wonderful nature reserve, specifically the forest begins two meters from the house. The house is looking to create its own identity, due to the proximity of the parental home, what is just next door. It communicates minimally with its surroundings from the east side, the building shows its introverted side toward the parent’s house, thus marking its own living space. Having the entrance from east still keeps a strong but moderated relation with the parents. The house opens strongly to the west and creates its own zone of life.
The timeless continuity arising from the power of nature strongly influenced the concept. Nature, as an essential element of the architectural concept shows up regarding the chosen roof and facade material: the graceful reflection of the facade creates an ever-changing appearance and connects the ground with the sky. The metal sheet of the roof and the white plaster can be widely found in the hungarian countryside but it was a basic intention to reinterpret the meaning of these materials.
Our intention was to use small means to create different spatial experiences in this very small project. The interior space is softly partitioned to three zones. These units create intimate and public spaces and divide its program – kids, common space, and parents. The main living space located in the middle of the house opens like a domestic cathedral with its soaring vertical and pitched planes and a seemingly endless expanse of polished concrete. It was very important to extend the interior towards the garden with the long and covered open terrace. The division of the house aims at a non-minimalistic and lively sequence of confined and airy spaces, interiors and in-between spaces, horizontal and vertical views as well as carefully framed views of the site. 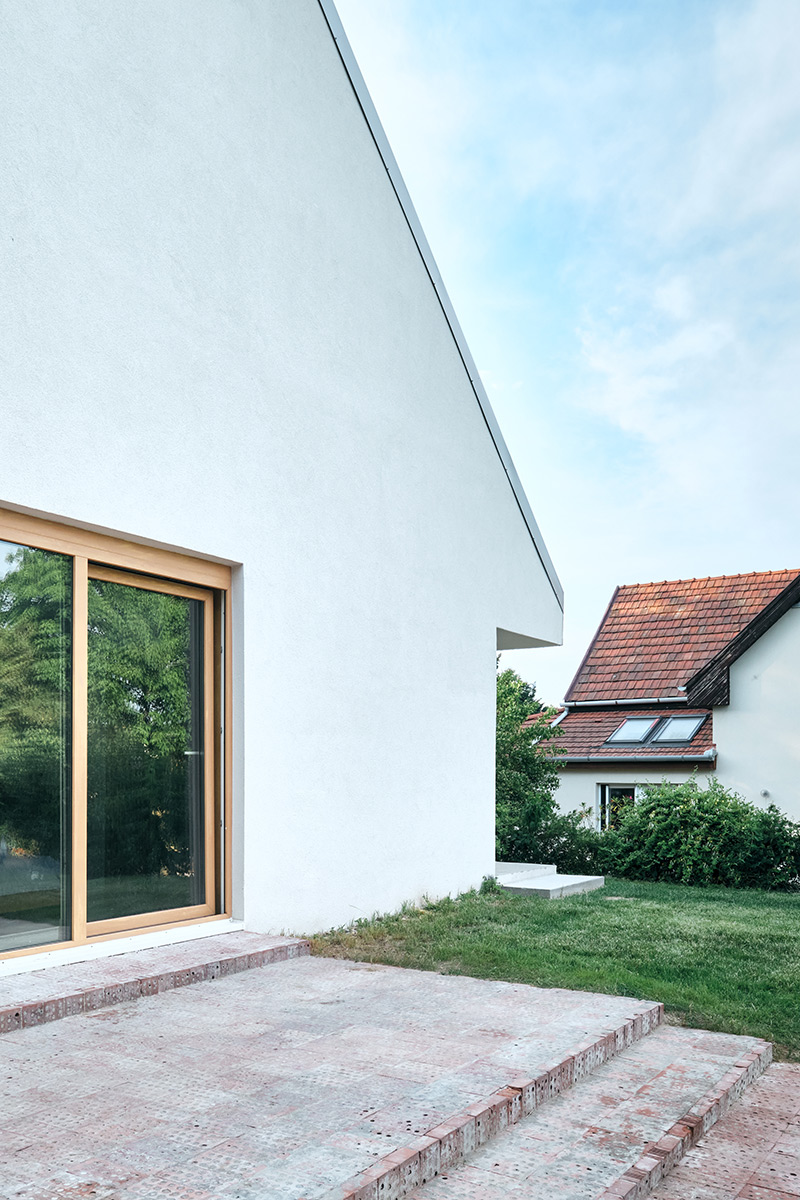 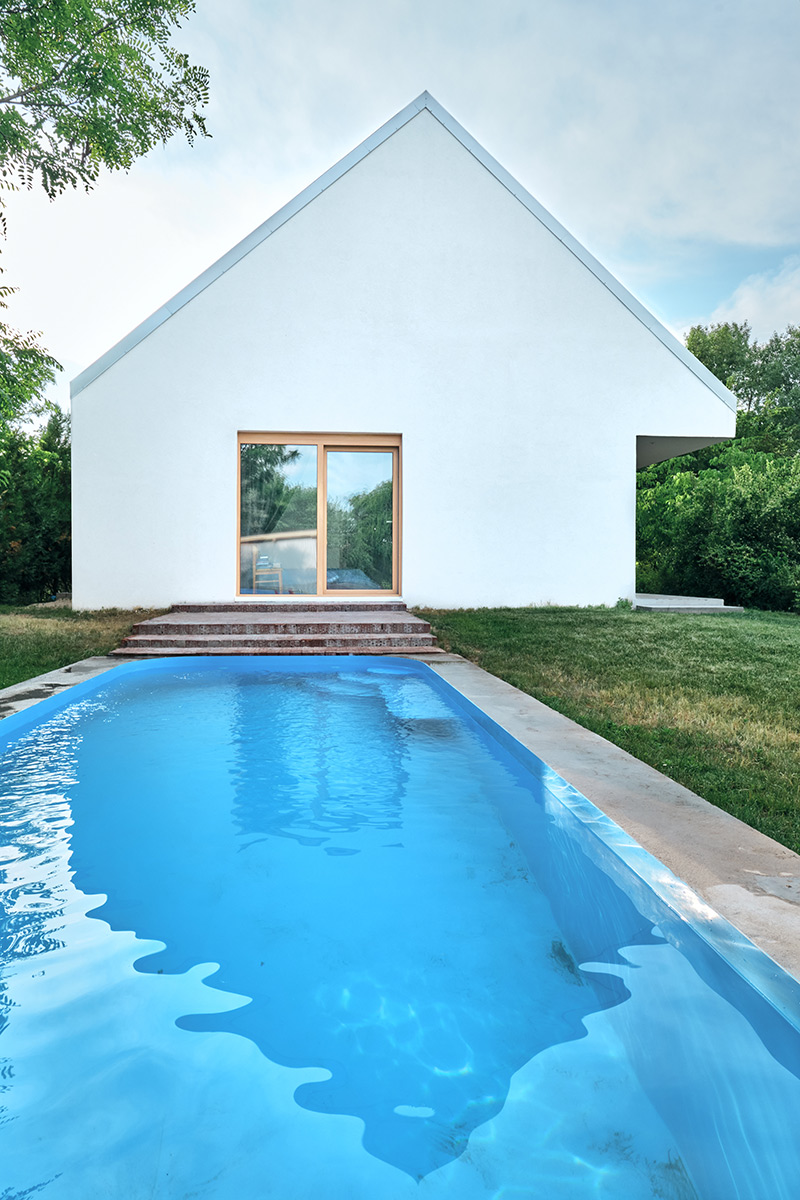 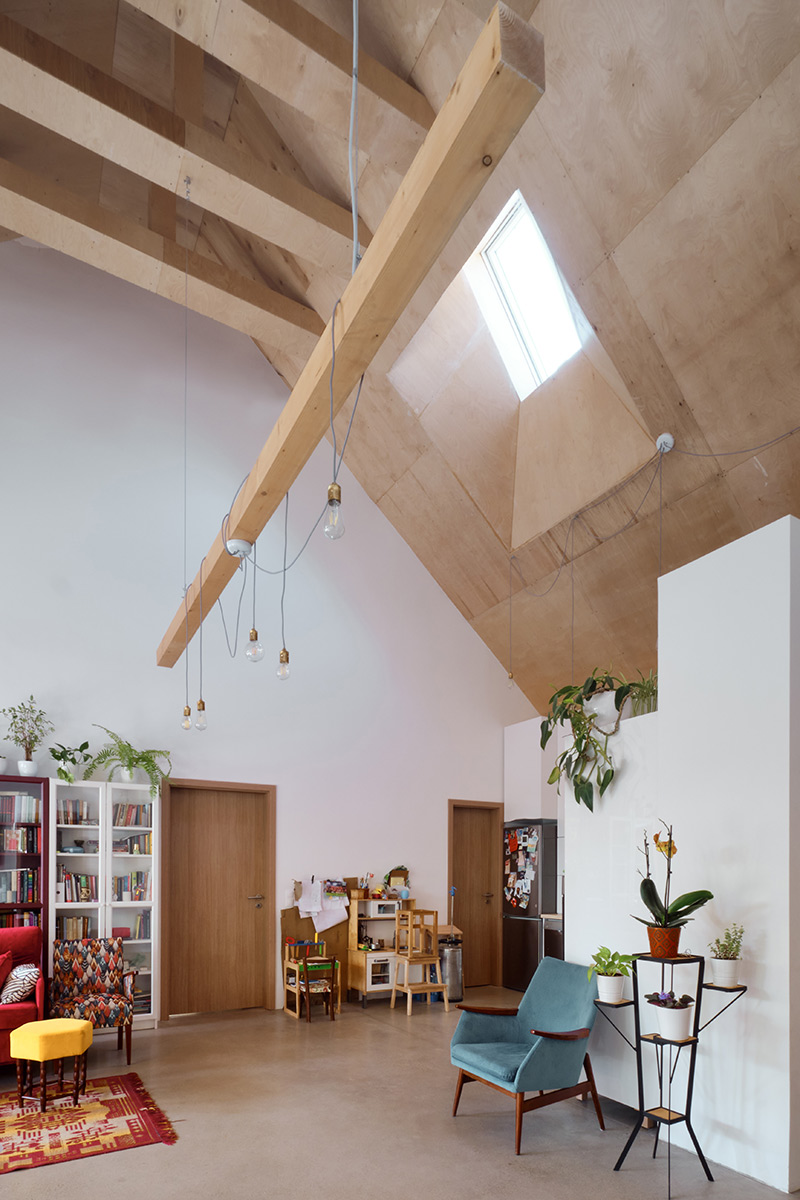 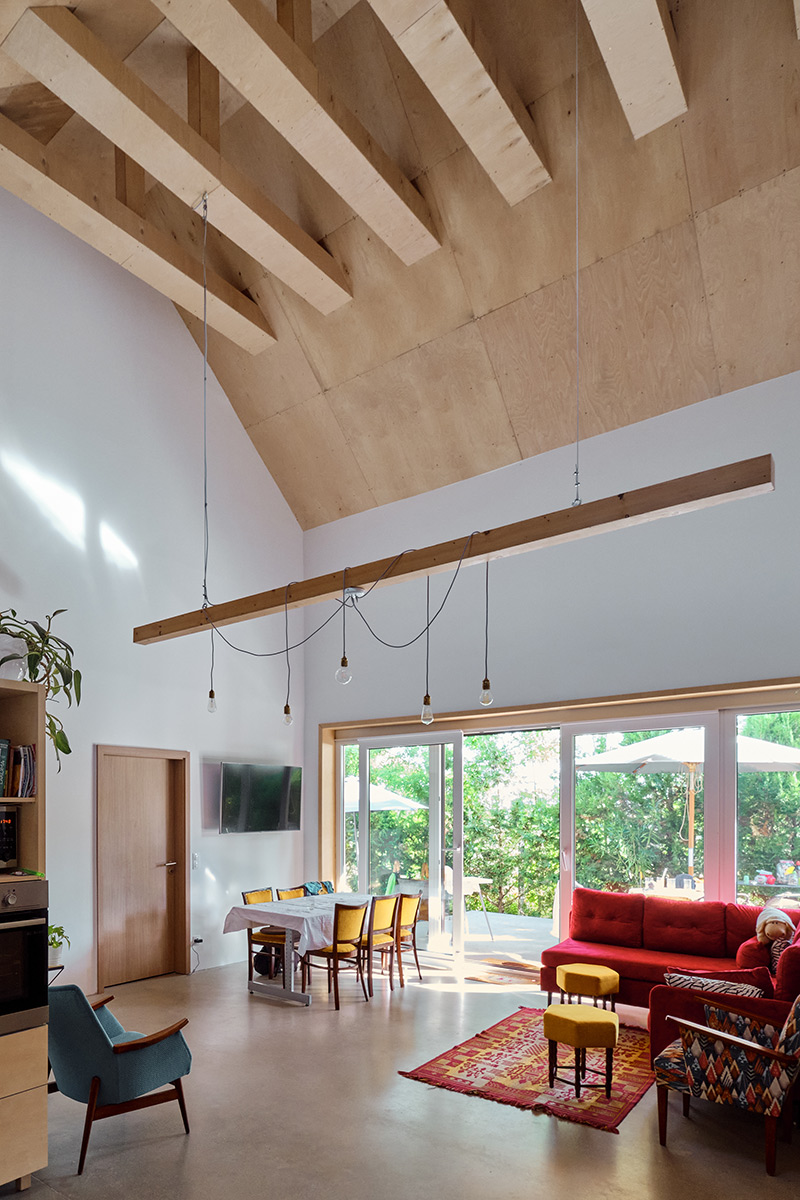 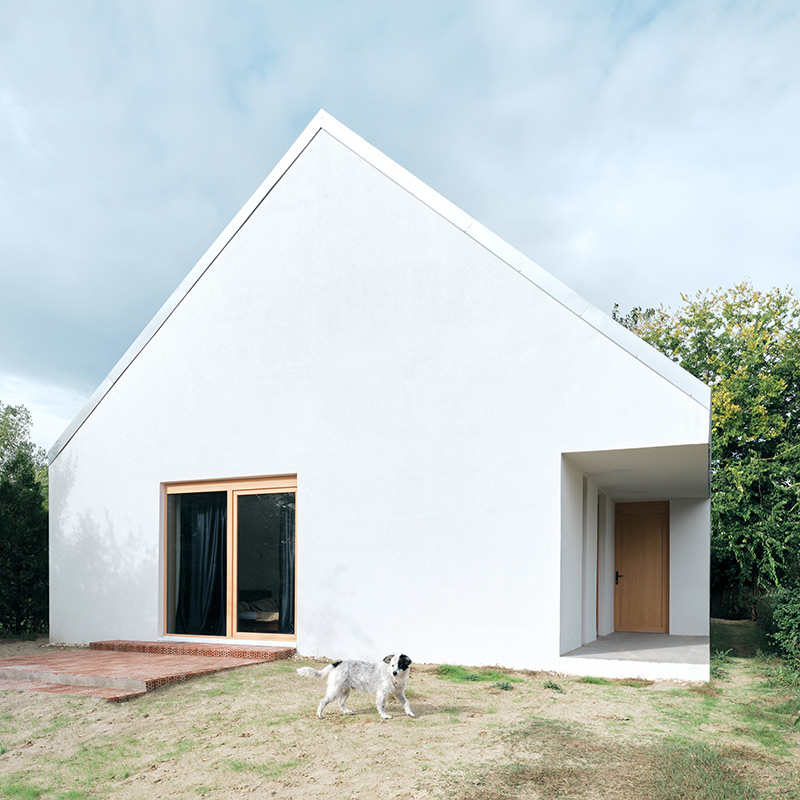 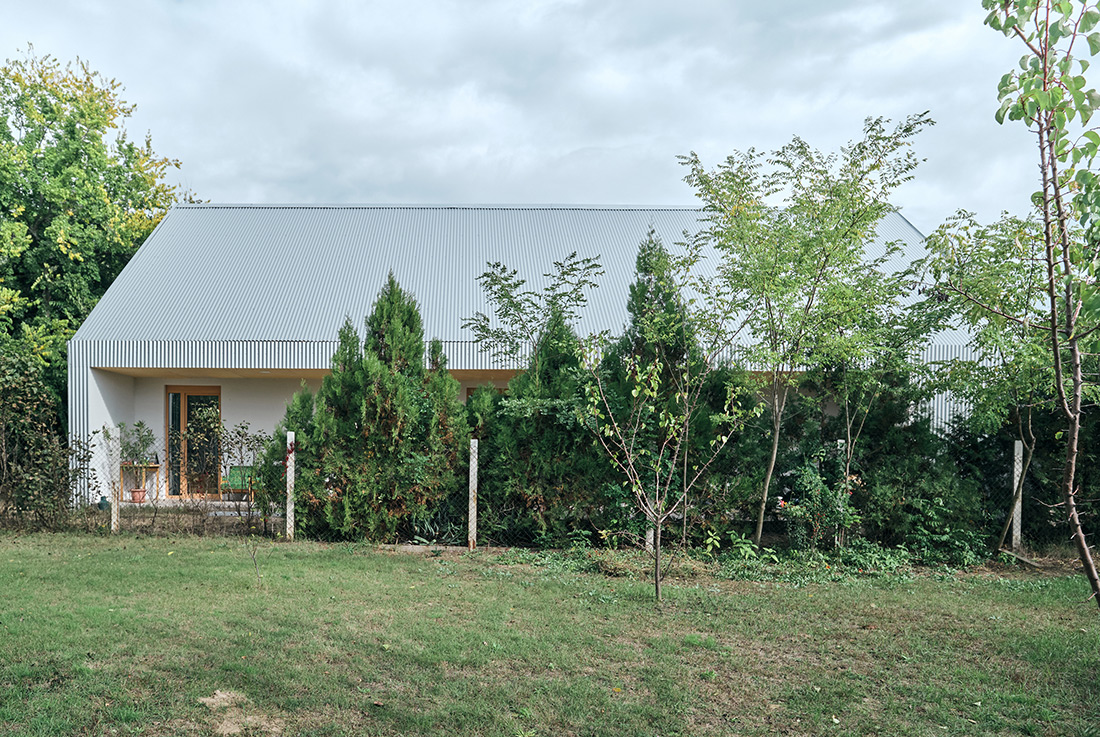 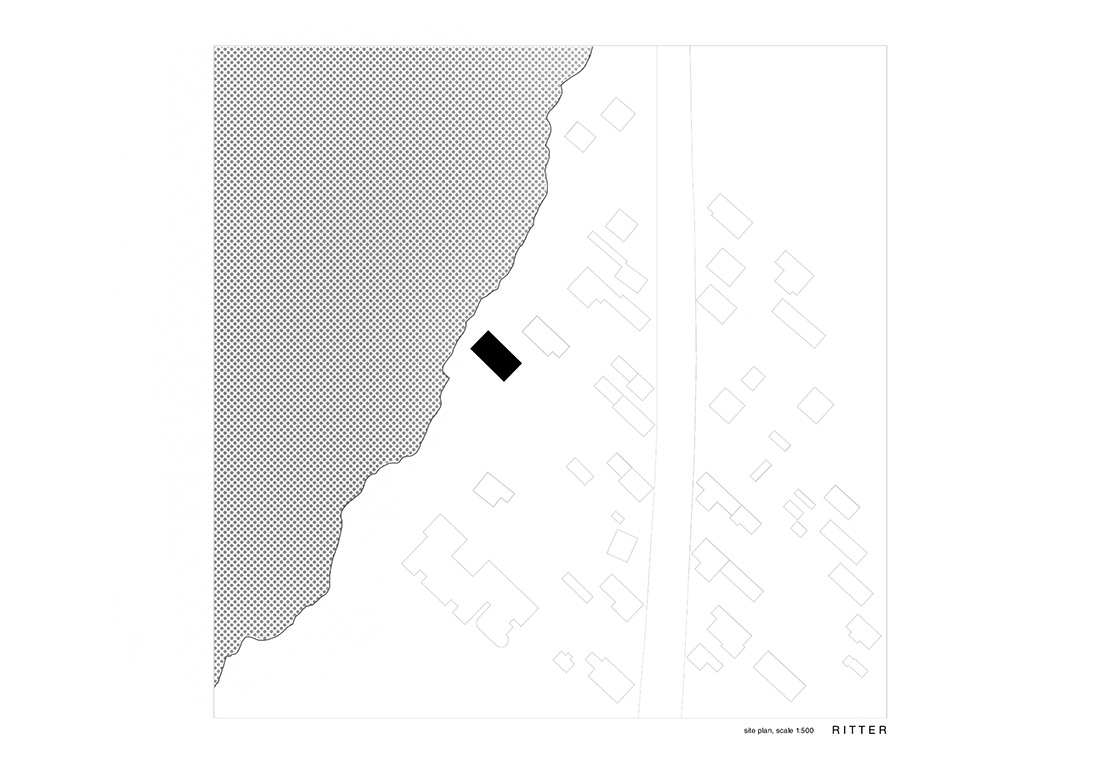 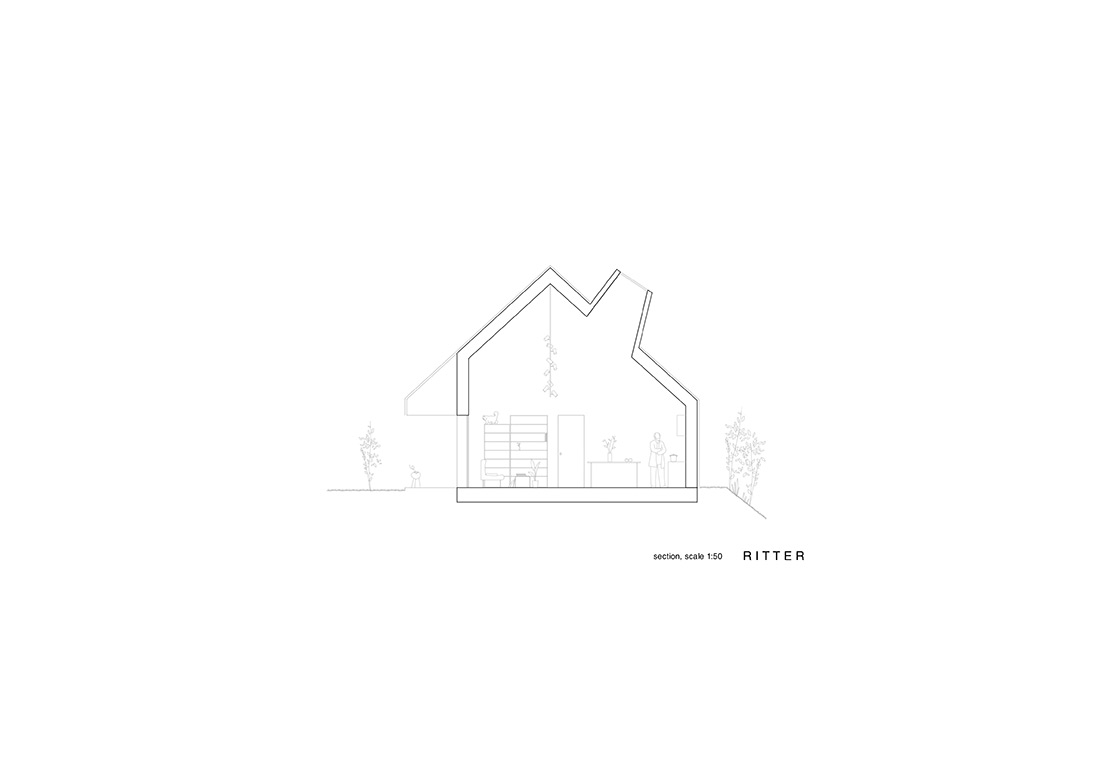 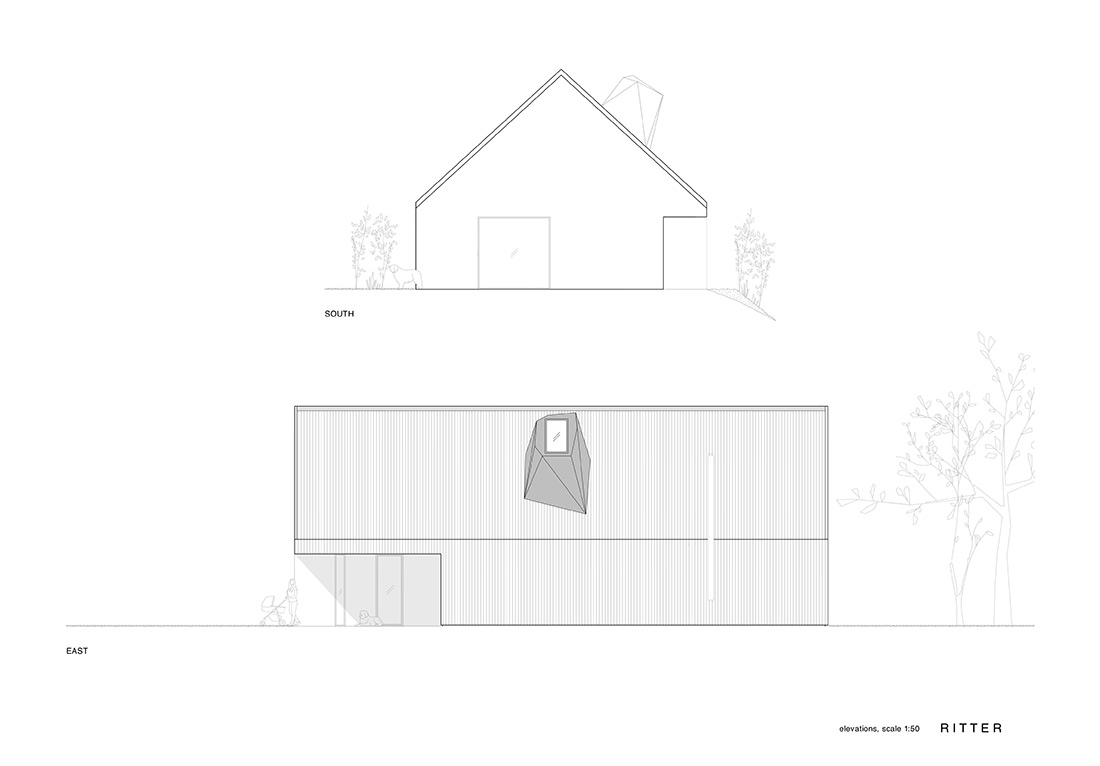