The aim of the project is the creation of a new artifact intended to set a dialogue with the surrounding context, specifically with what the medieval walls of Cittadella represent both in terms of material and function, in particular that of the “protection” of its interior. This desire combined with the program established with the client led to the creation of a building characterized by two important walls covered with exposed brick to define the elements making up the conformation of the building. The choice of using brick as the main material is also underlined by the use of the same also inside the house as a distinctive element for both levels of the house along which the paths develop. The score of the opening is deliberately in assonance with the elements that characterize the surrounding walls of the historic city. The two partitions define the north and east elevations, completely differentiating the perception of the two sides of the house to the south and west which open onto the property garden and guarantee a view of the walls and part of the Bassano Gate. Additional elements that characterize the project idea are the two bio-walls of the south and west ends and the green roof of the flat porch.
The building on the ground floor is functionally conceived with a main entrance to the west from which one can access either the study, placed in continuity, or move freely in the spaces conceived as continuous but flexibly divisible according to uses and needs. The spatial configuration of the top finds its fulcrum in the large organized kitchen space with a central island and a large dining table; the wall with a double-sided fireplace separates the kitchen from the family room, from this space you can also access the bathroom on the ground floor; two sides of the kitchen are completely transparent, in perceptive continuity with the garden and one that opens directly onto the deep south porch that also brings shade to the study and the living / TV room. The second entrance, to the east, opens onto a double height characterized by a bio wall, vertical, internal garden. From the surrounding space you can see the open staircase, characterized by the different use of the material that leads to the first level or to the basement. The first level is characterized by a walkway, in steel and glass, which always guarantees a complete reading of the exposed masonry, which feeds the distribution routes to the north and east. The north side houses the three bedrooms, facing south towards the walls, of large size, and two bathrooms. The master suite enriched by the bathroom and the wardrobe room instead characterizes the east side. The house will also be equipped with an underground basement, about two thirds of the grounds of the house above, for use as a garage, technical and service rooms / cellar accessible externally from a vehicle ramp or from inside through the staircase connecting the floors.

What makes this project one-of-a-kind?
The relation established with the context and in particular the antique medieval walls of Cittadella and the metaphor adopted of enclosure/exposure spaces. 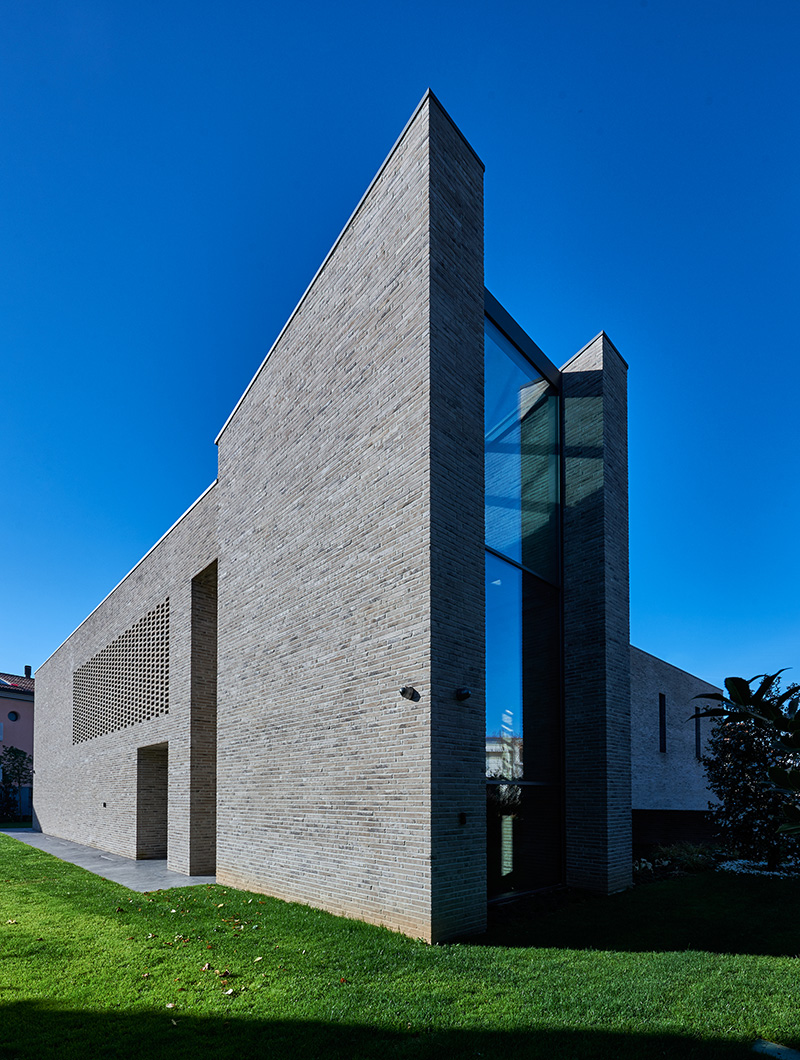 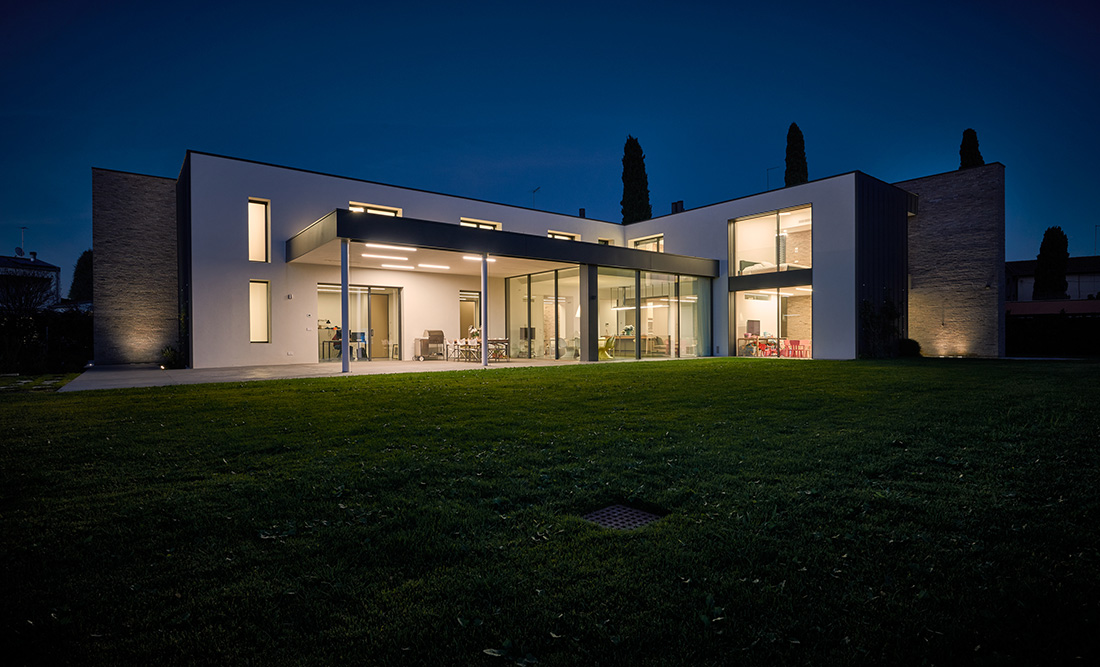 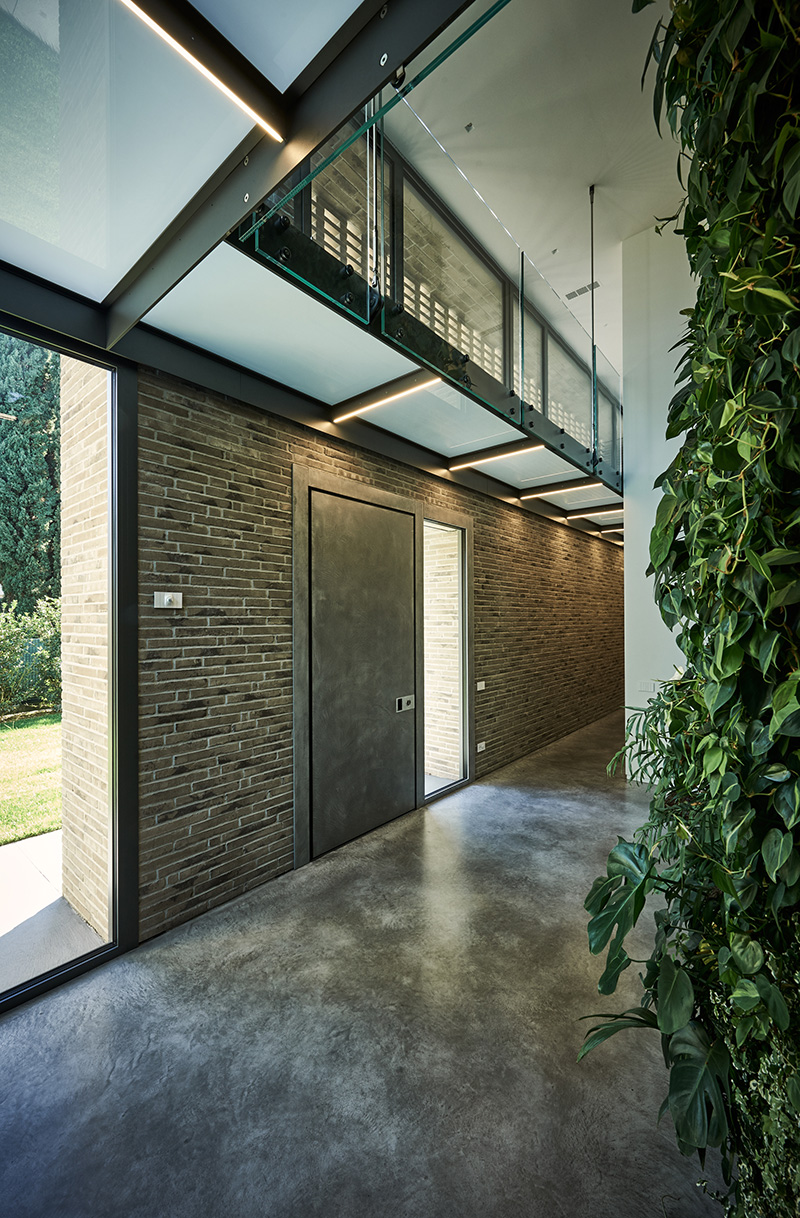 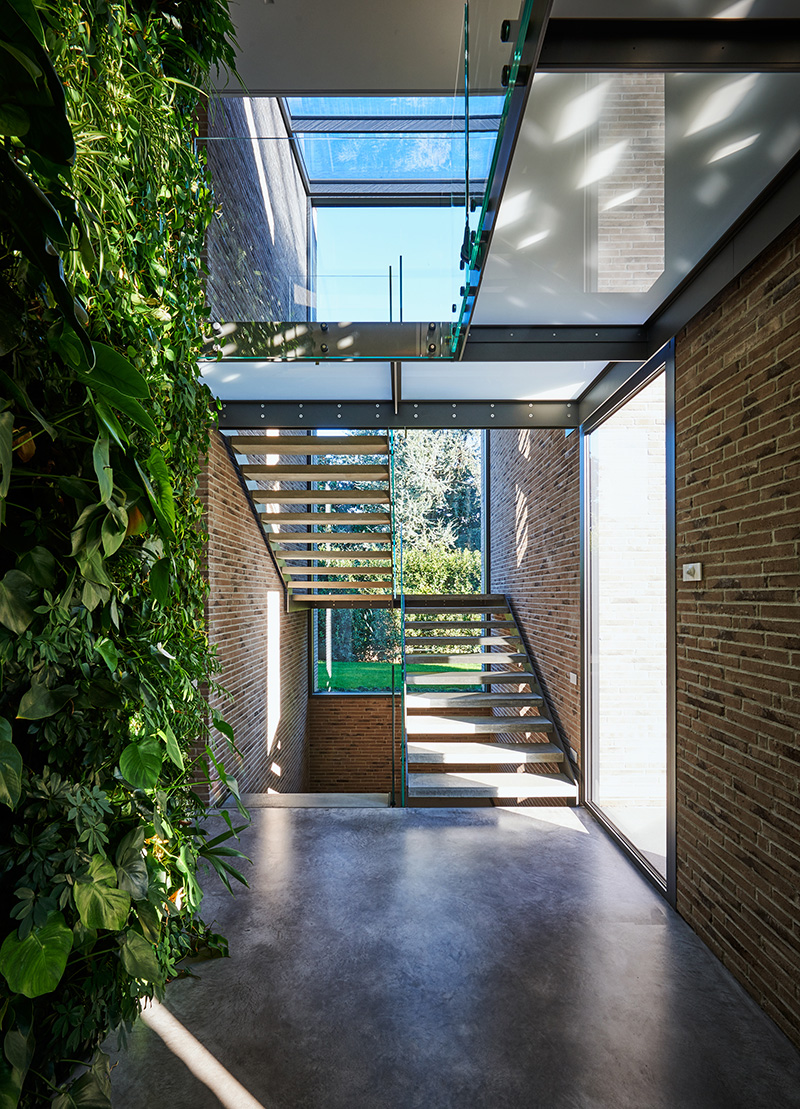 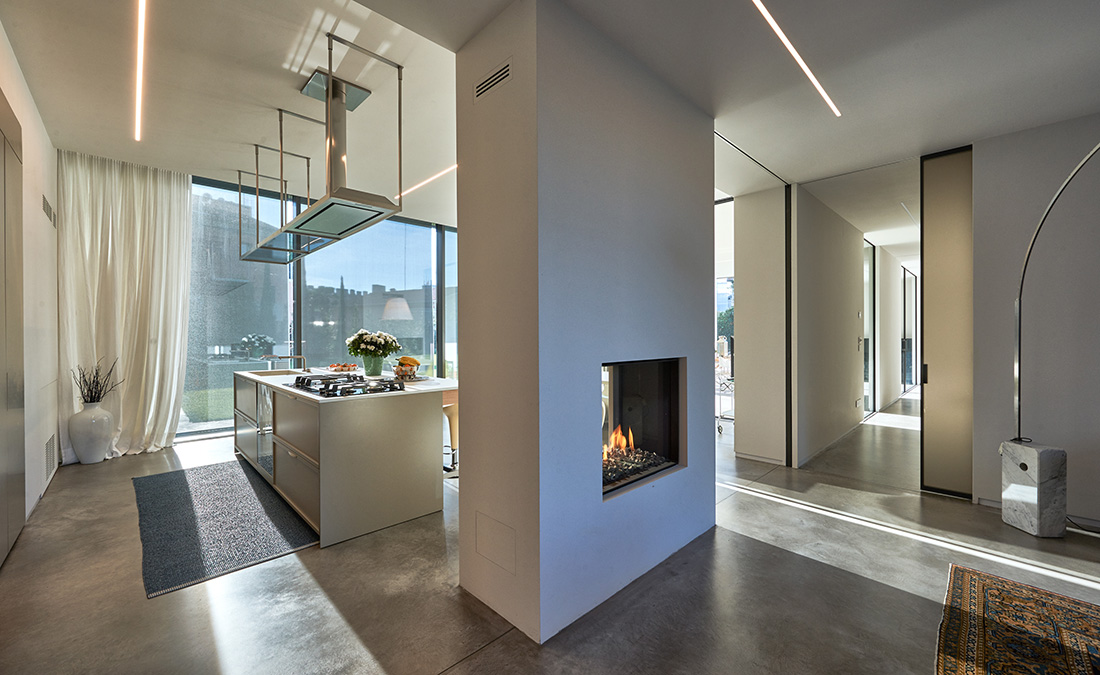