The pre-existing layout was radically modified to ensure a clearly defined movement and the best functionality of each space.The basic design gesture was the organization of the plan in a direction of a two-way movement flowing from one space to another. In the center of the plan, there is the wardrobe, which plays the role of the transition space from the living/kitchen area (less private) to the bedroom (more private).With the demolition of the dividing walls, the great challenge that arose was the appearance of the beams that revealed the former structure of the house. Due to the low height of the apartment, but also for the consistency of the construction, it was chosen to preserve and highlight them as traces of the past.In order to gain an emphatic presence, the central beam was widened, covered with wood, and took a linear light.The whole design of the apartment followed the rules of minimal aesthetics with white surfaces that act as a neutral canvas to highlight the wooden coatings.Oak planks run a large part of the surfaces and contribute to the perception of space as a whole unit, composing a common vocabulary that gives warmth and color to the house. 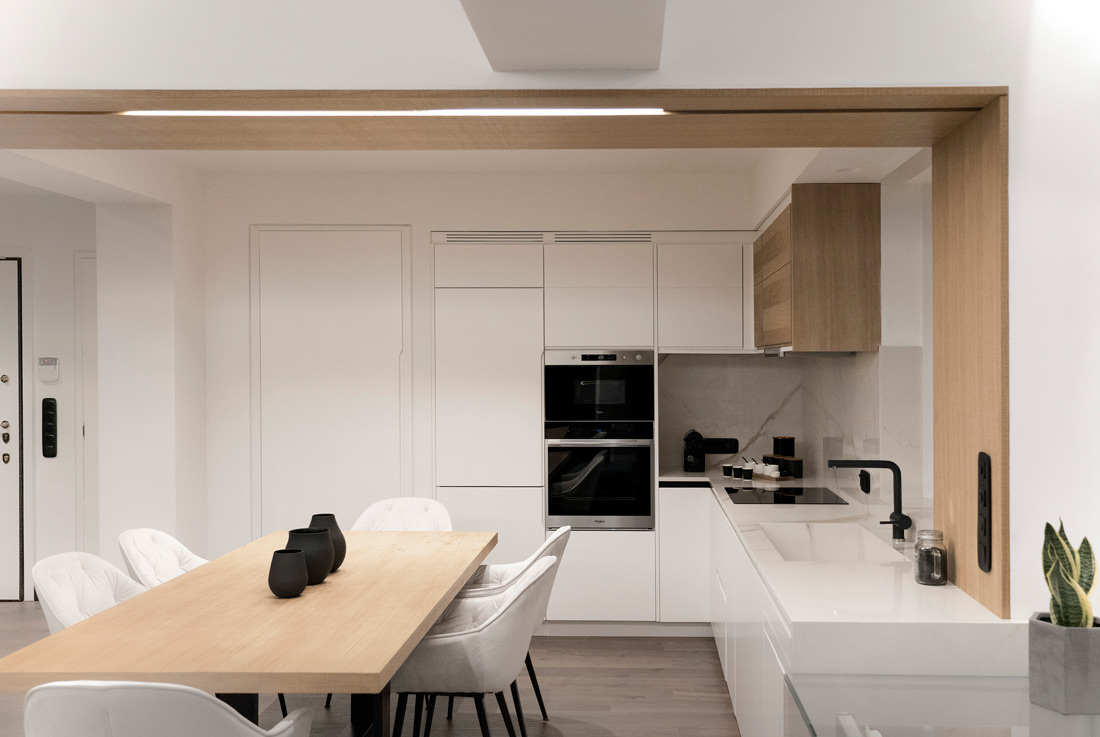 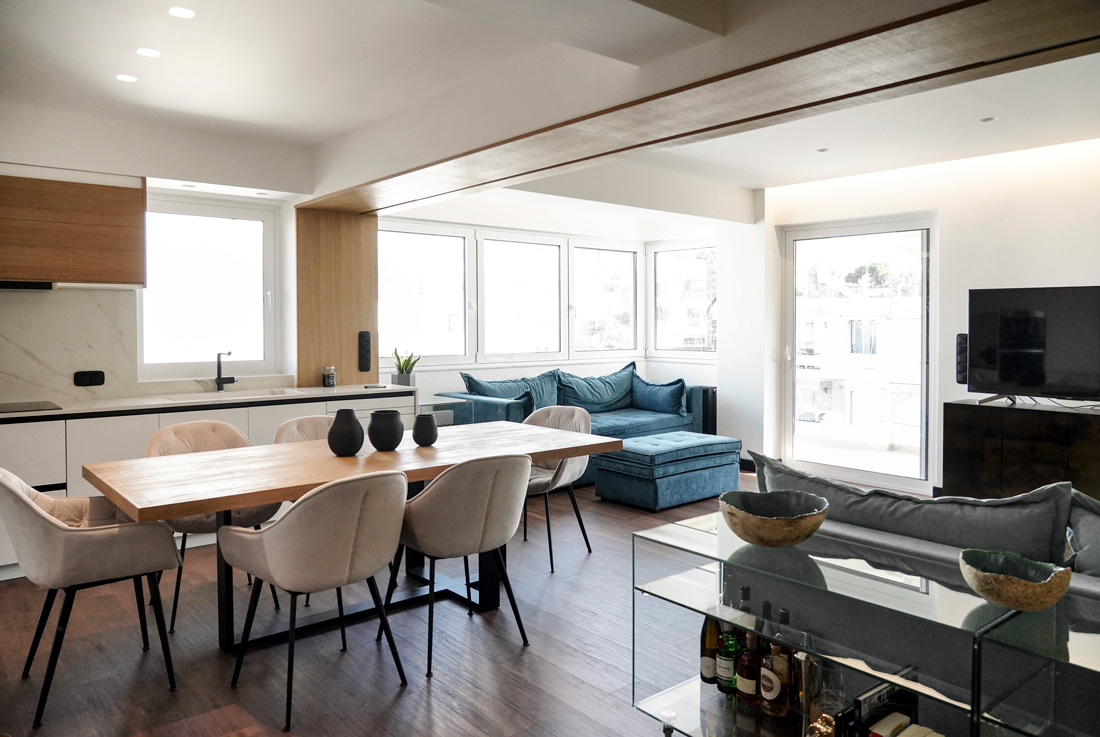 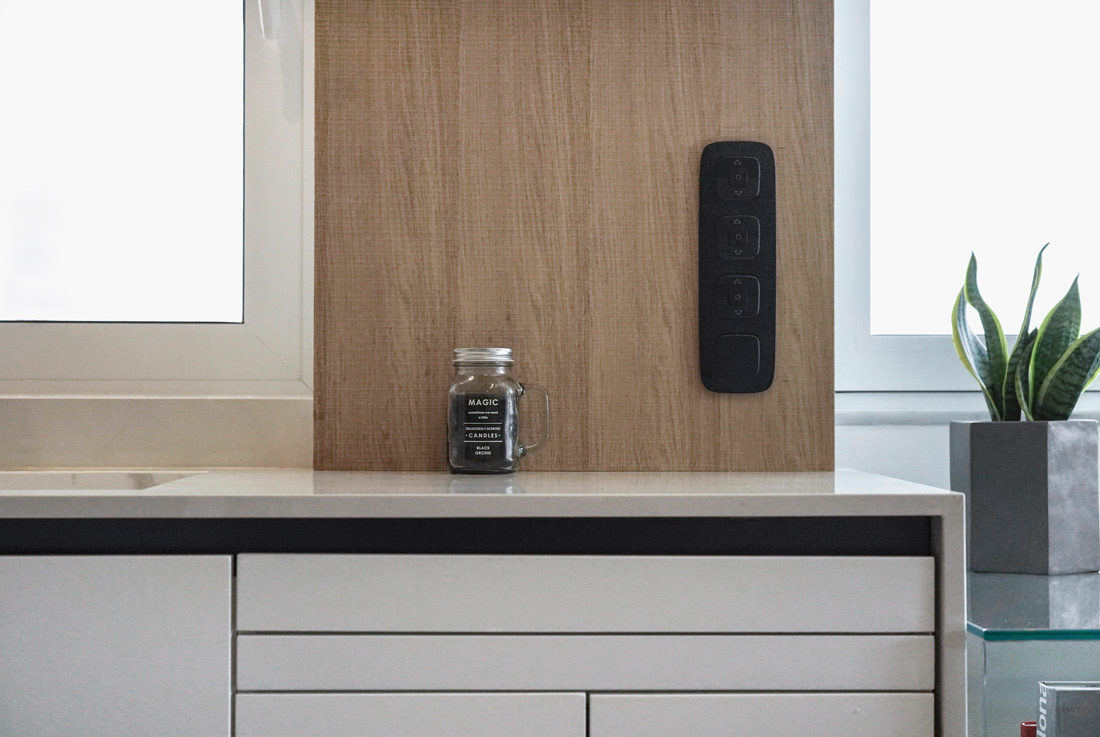 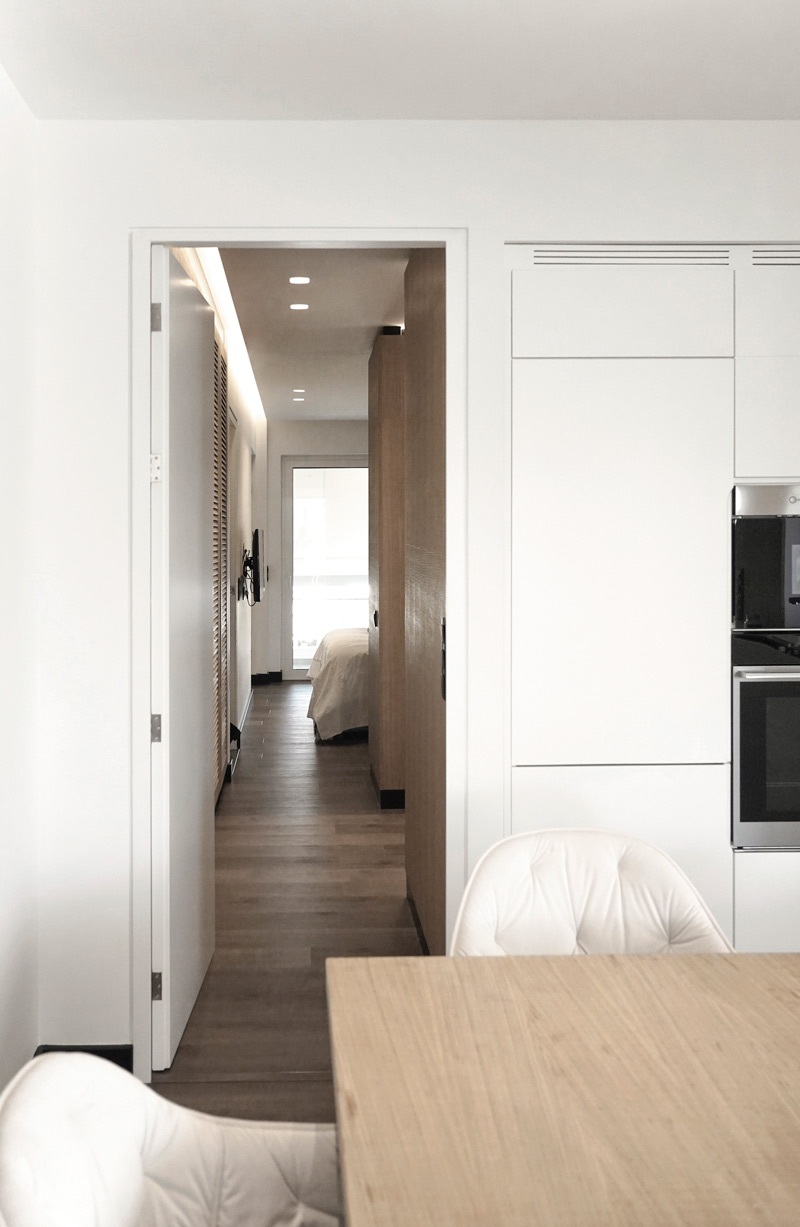 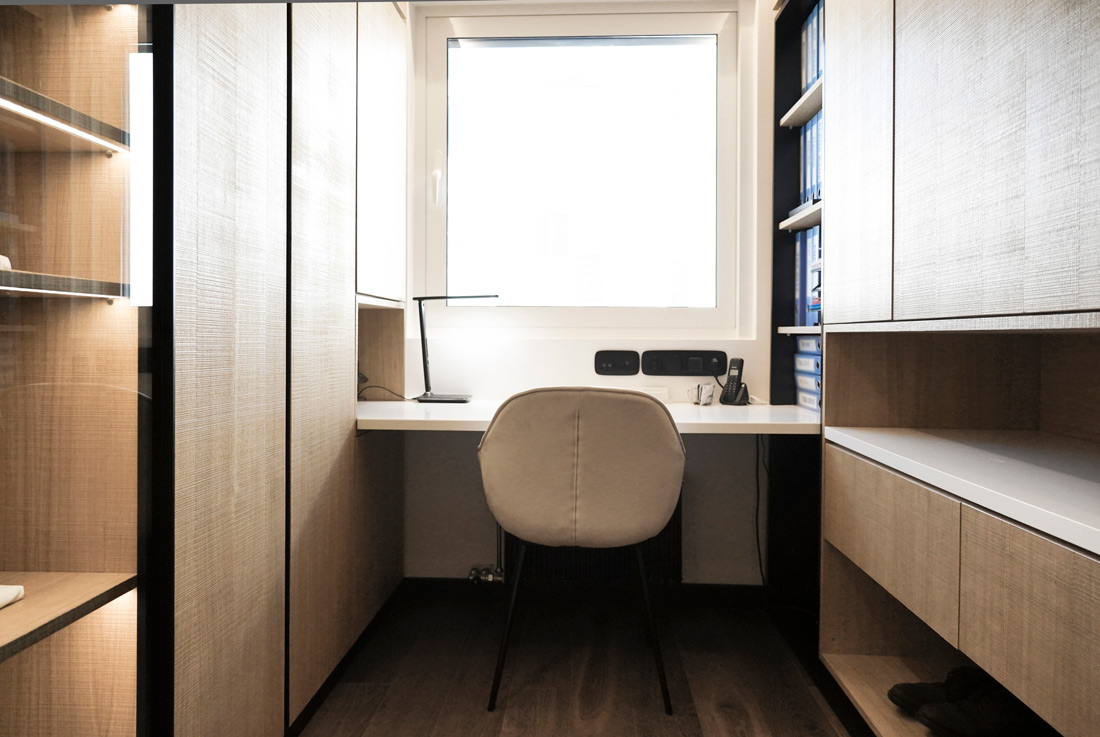 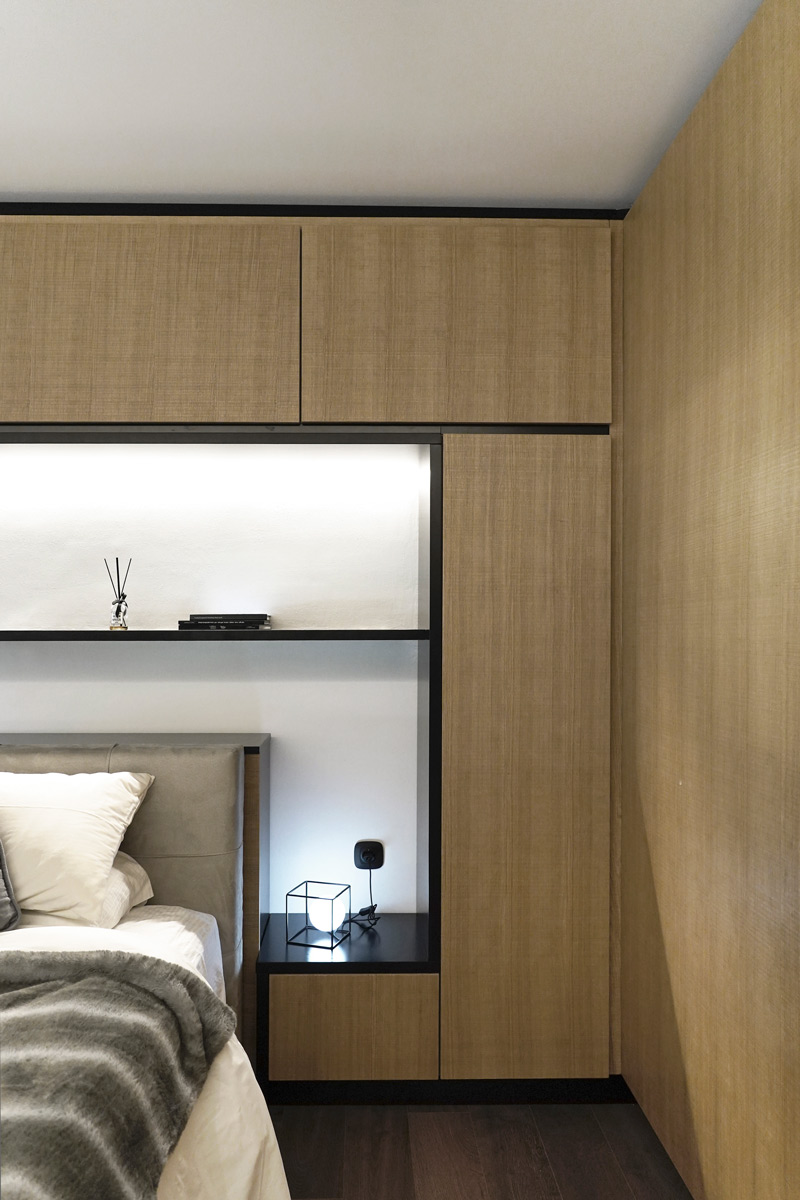 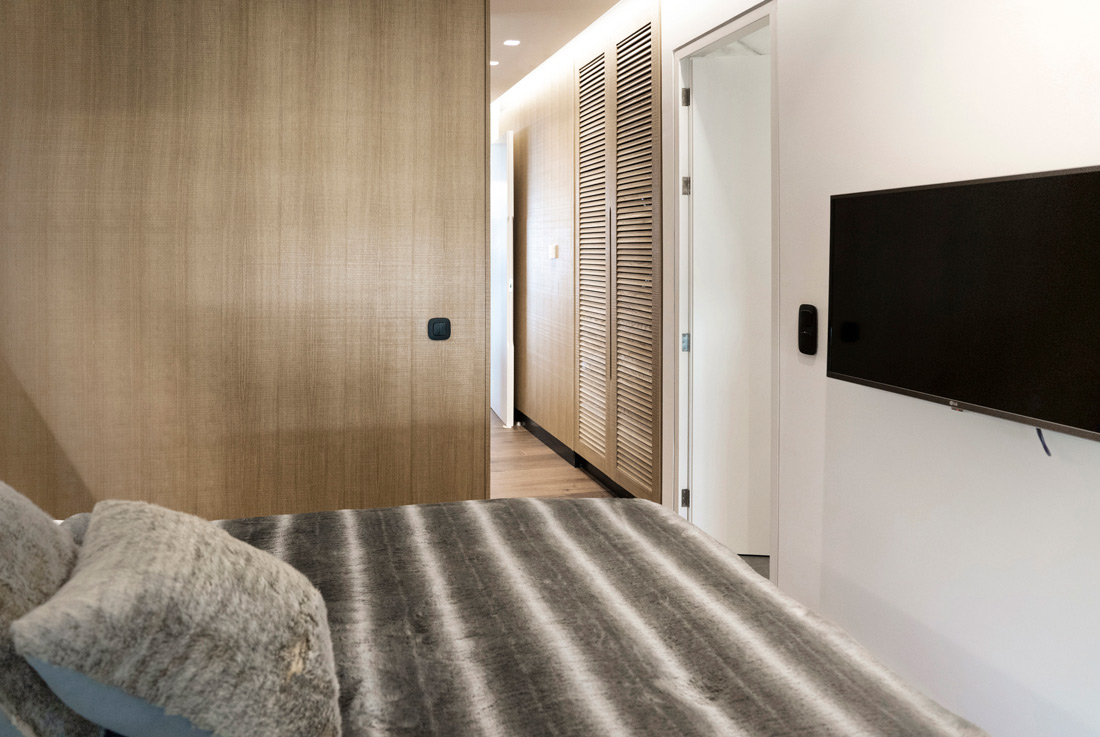 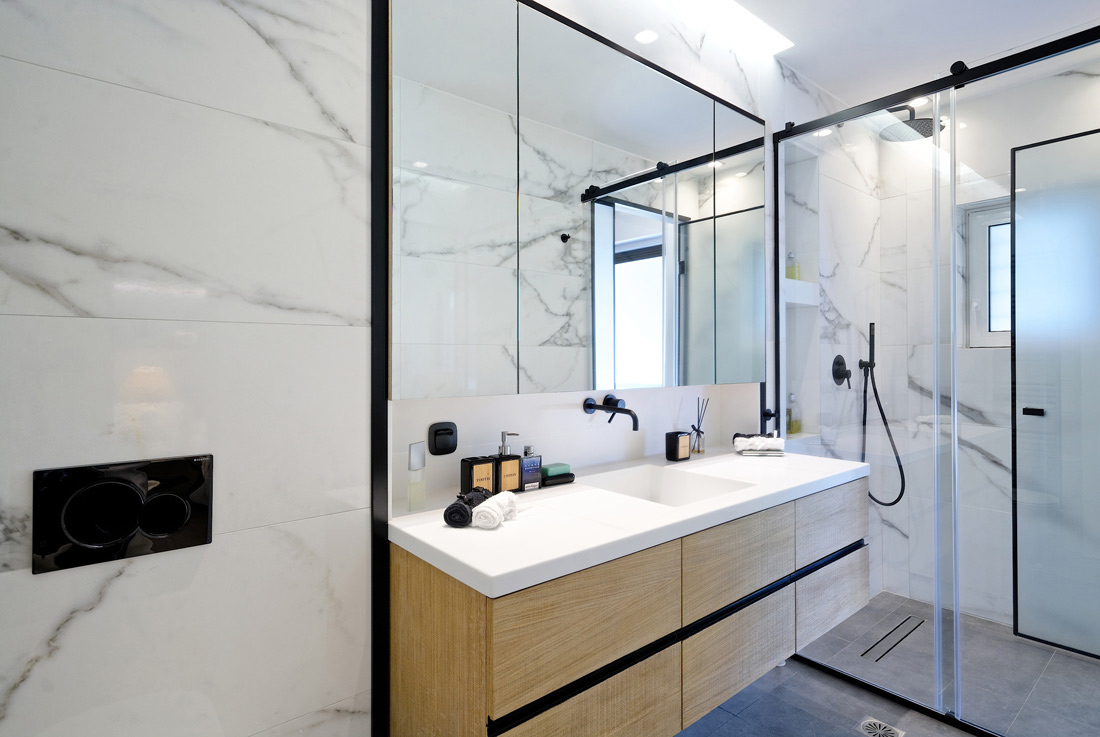 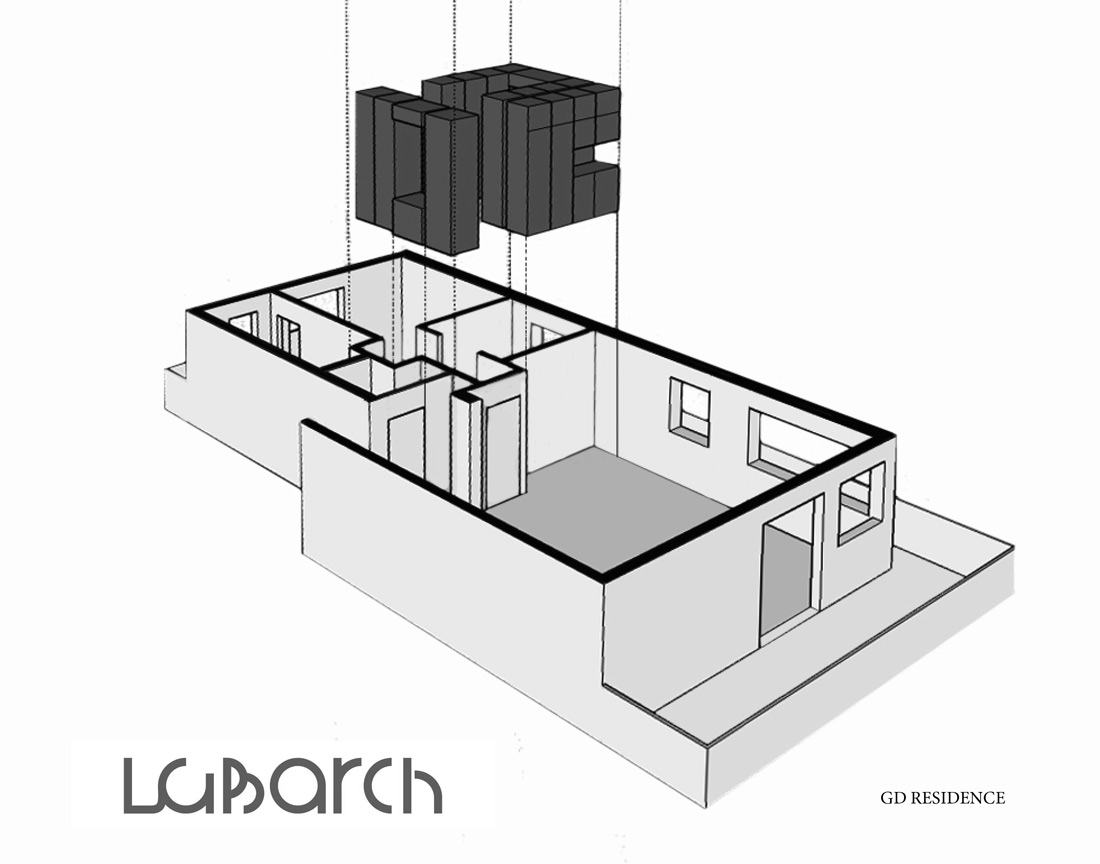 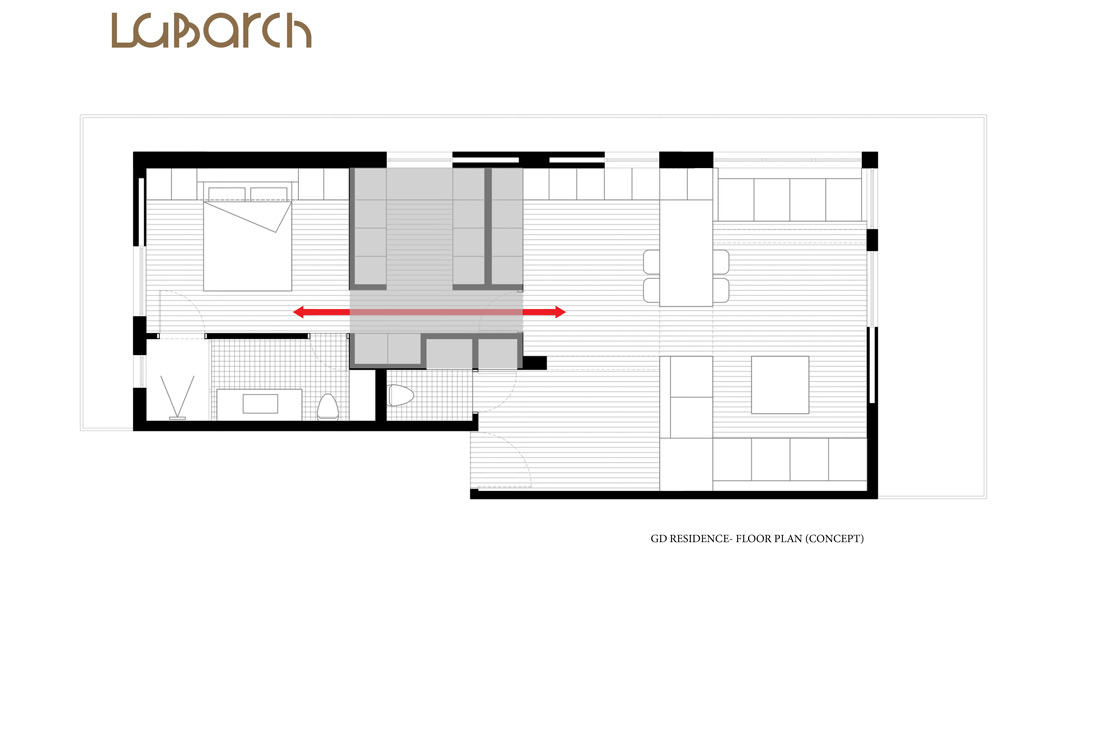 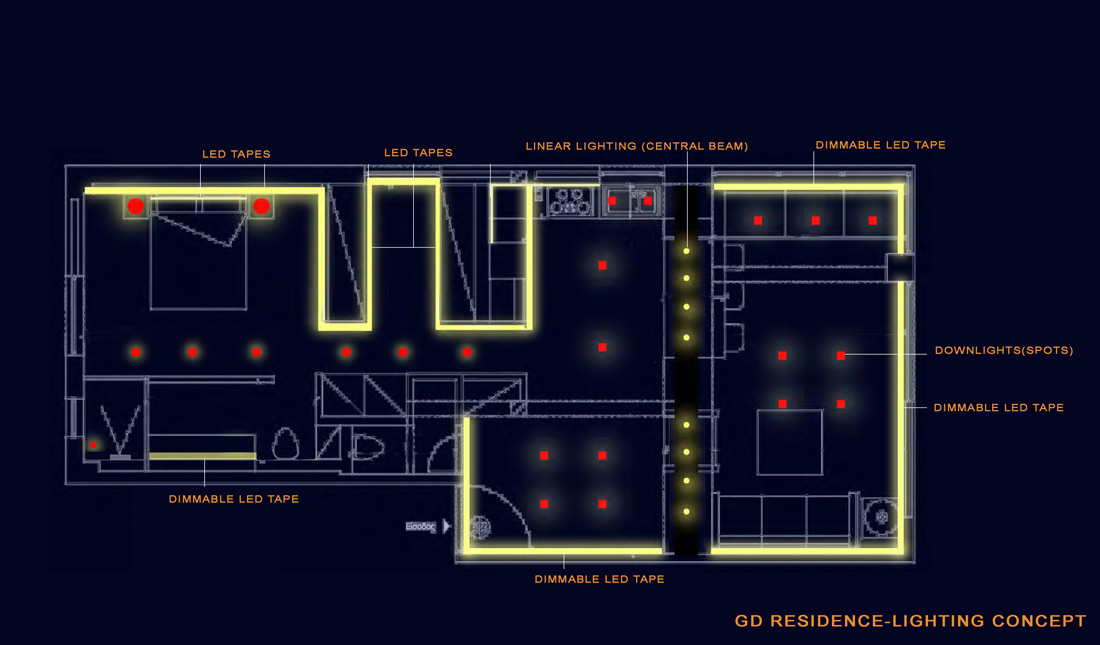 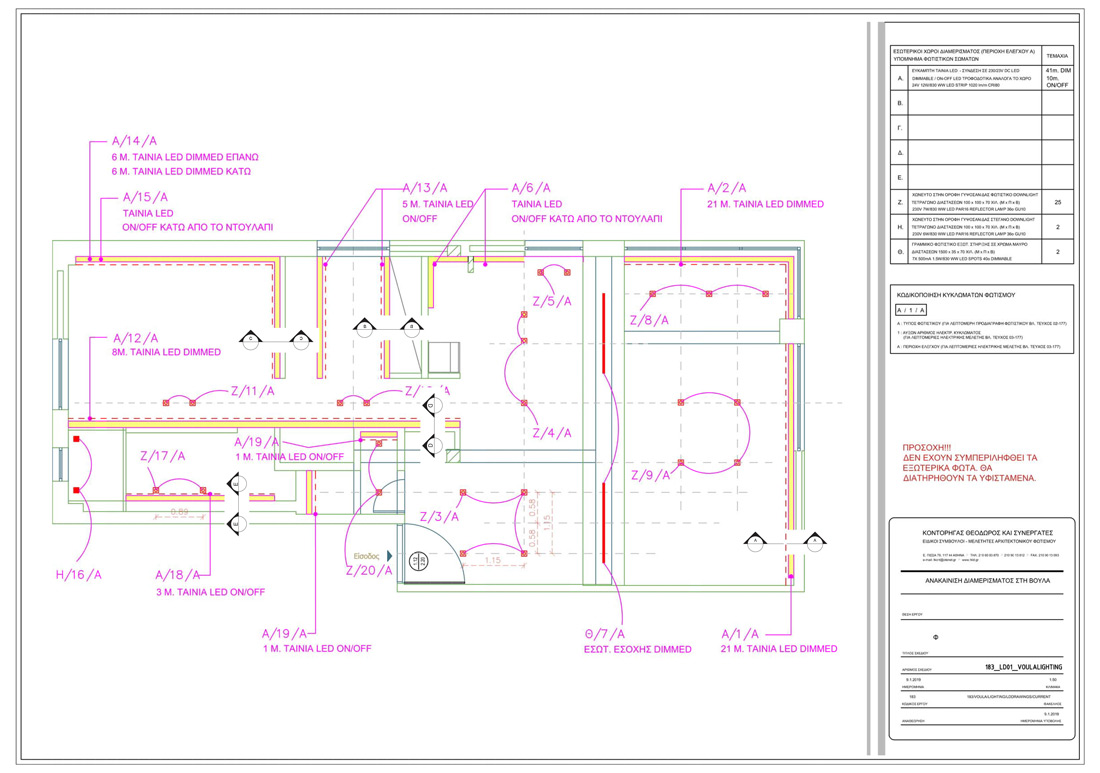