Franciscan museum in Jajce by Amar Zuka; Bosnia and Herzegovina

The interior design project of the Franciscan Museum in Jajce was started at the initiative of the Jajce Franciscans, so that the exhibits they owned would finally be awarded an appropriate space. The intention was to redesign the part of the monastery that had previously housed the exhibits. As only a few glass cases indicated that it was a gallery or a museum, there was a need to breathe new life into the space.

Limited spatial and financial capacities directed the design strategy towards basic architectural elements, the play of relations between volumes and light that gave the space a new character.
Instead of being displayed in rows of smaller glass cases, exhibits are grouped on rectangular prisms dispersed along the perimeter of the room. Every prism connects exhibits originating from a specific historical period. Above each of these elements, another cuboid containing lighting fixtures is placed. The contact of visitors with the exhibits is, therefore, more direct, and the dynamic spatial relations simulate the complexity of historical processes – the shifting of historical periods, simultaneous historical forms through time that could otherwise not be connected at this distance, but also the continuity of certain historical forms.

The exhibits are divided into three collections: ethnological, archaeological, and the sacral artefact collection. A separate space was provided for each. Unlike the spaces housing the ethnological and archaeological collections, where the concept of exhibit-linking cuboids was used, a different organisation was chosen for the space housing the sacral collection, primarily due to limited spatial capacities. A row of arches structures the space and creates a regular rhythm of niches that contain glass cases with sacral artefacts. The space ends in a “floating” arched element – the “altar“, which displays information about the monastery and the church. This space, in a way, represents the traditional formal language of sacral architecture transposed into a small museum space. By its repetitiveness and elementarity, the space indicates the special place of religion in human lives, its steadiness and continuity juxtaposed with the dynamism of the other aspects of human history. Due to their unique nature, the artefacts are placed into glass cases, their gilding complementing the black walls. As for the archaeological collection, the central position in its designated space belongs to a case containing an exceptionally valuable exhibit – a Mošunj-type sword that is one of the three remaining preserved specimens of the kind.

In order for it to create spatial relations that would give necessary significance to the exhibits, the design process was preceded by getting acquainted with the museum’s exhibit inventory. The architecture of the space opens up possibilities for creative designs of the display, which ultimately makes the interior a synthesis of the museological profession and the architectural profession, each complementing the other within the space of the museum.

Undoubtedly, space possesses formal qualities, with its prisms trying to simulate dynamics of historical processes and chiaroscuro-like play of light and geometry. Beside these inherently architectural qualities, there is the whole designing-and-construction process that is also an interesting thing about this whole project – collaboration between then almost unexperienced architect on the one side, and Franciscans on the other side at the beginning of this whole process, and then collaboration between that same young architect and contractors, construction workers, and archaeologists and museological experts at the end – all this is what makes story of Archeotecture.

Amar Zuka is a young architect from Sarajevo, Bosnia and Herzegovina. He works at Faculty of Architecture in Sarajevo as teaching assistant. Before becoming a teaching assistant, he was working in architectural studios for two years while working on the design for Franciscan Museum in Jajce independently. He is the author of many unbuilt designs (residential, commercial, sacred), he has done in the last two year, but only interior design for Museum has built for now. In April this year, Amar has won a national award “Collegium artisticum” for build interior design. 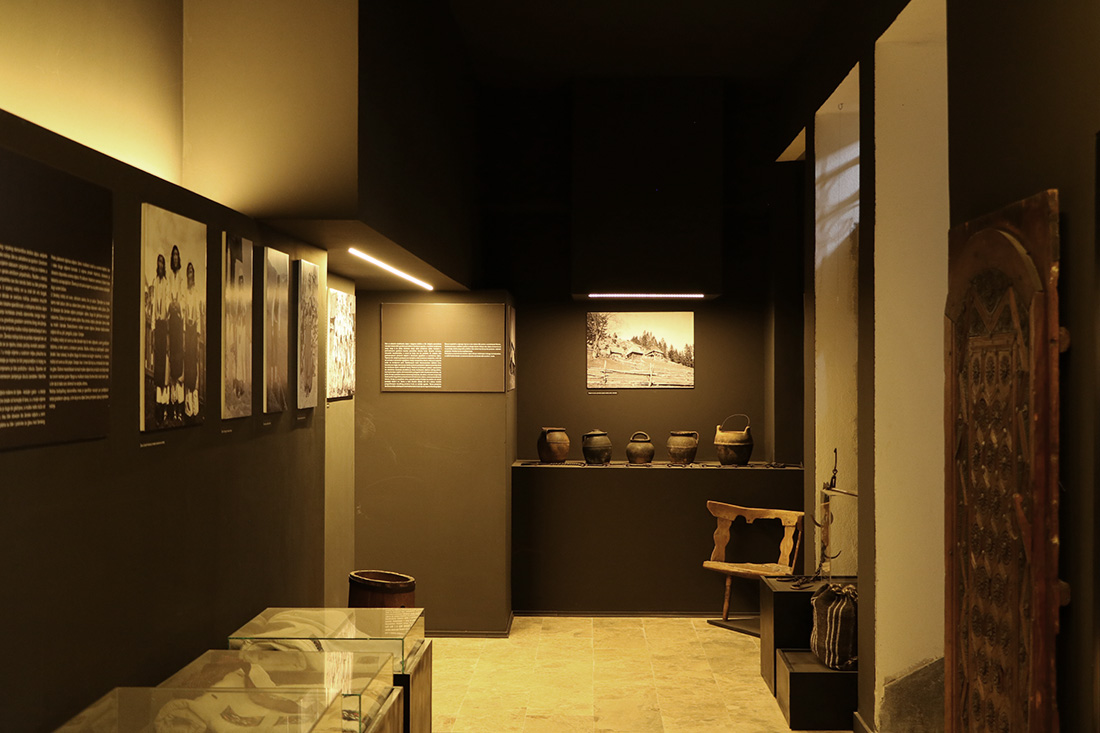 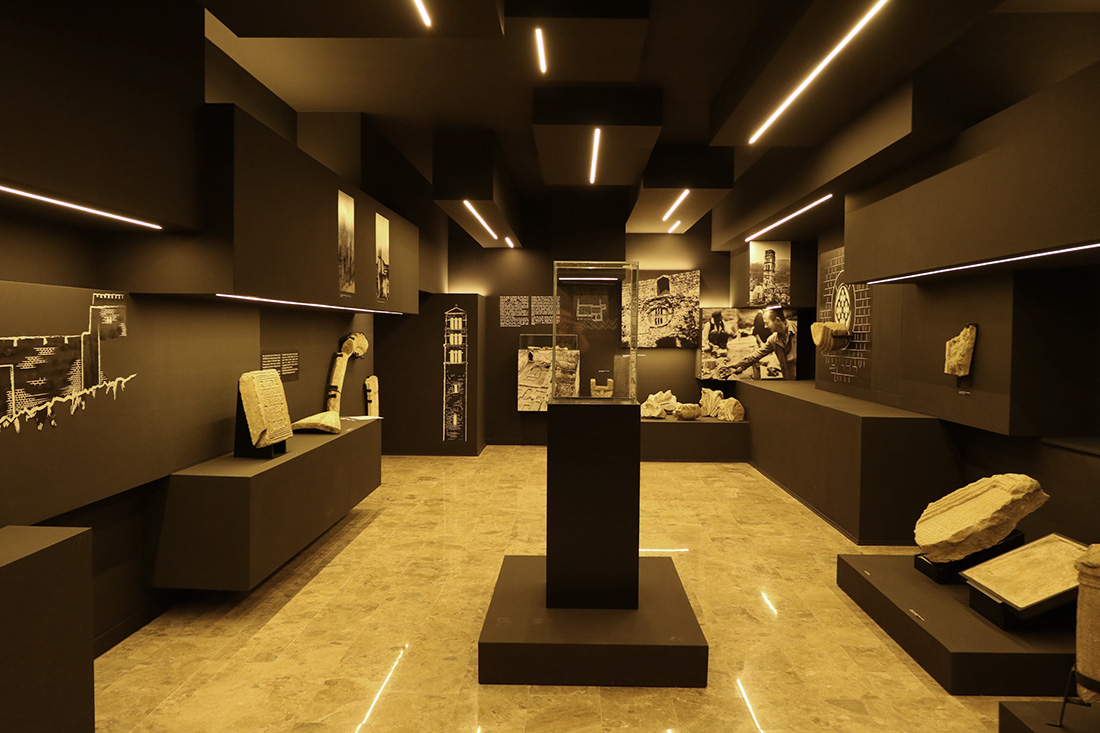 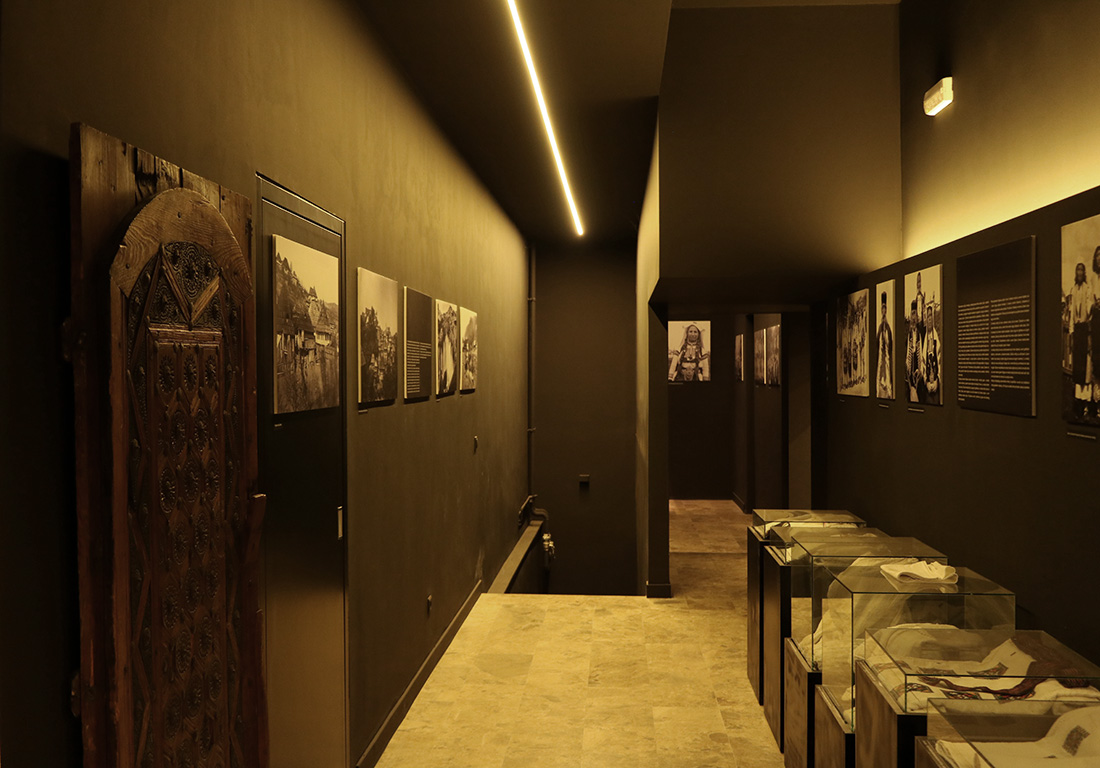 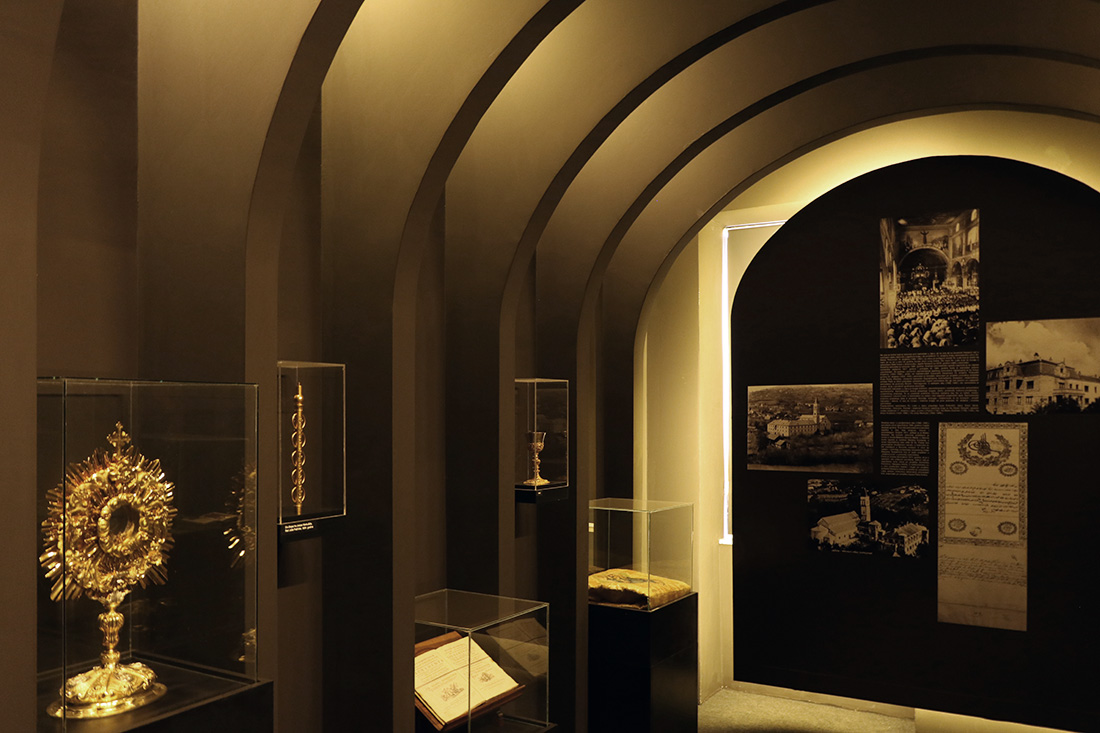 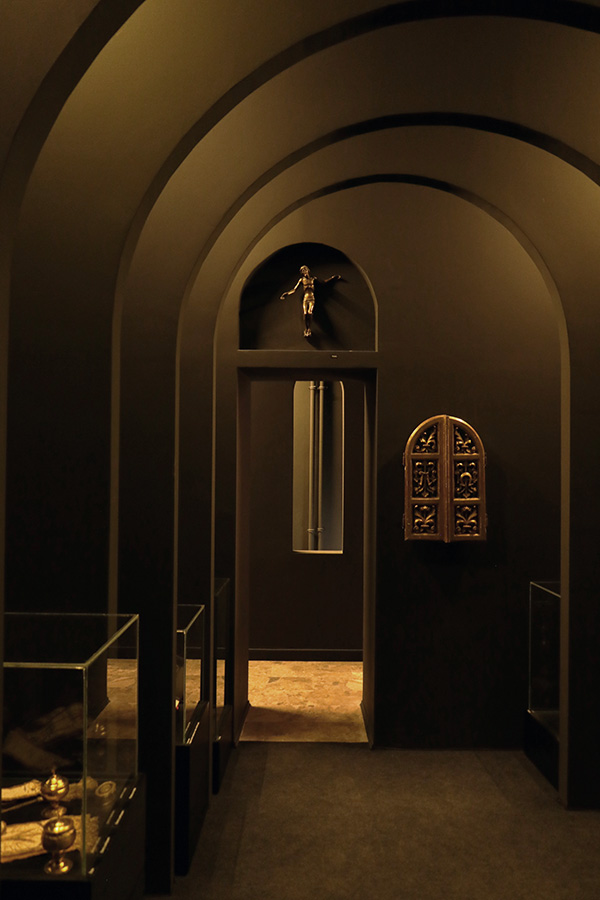 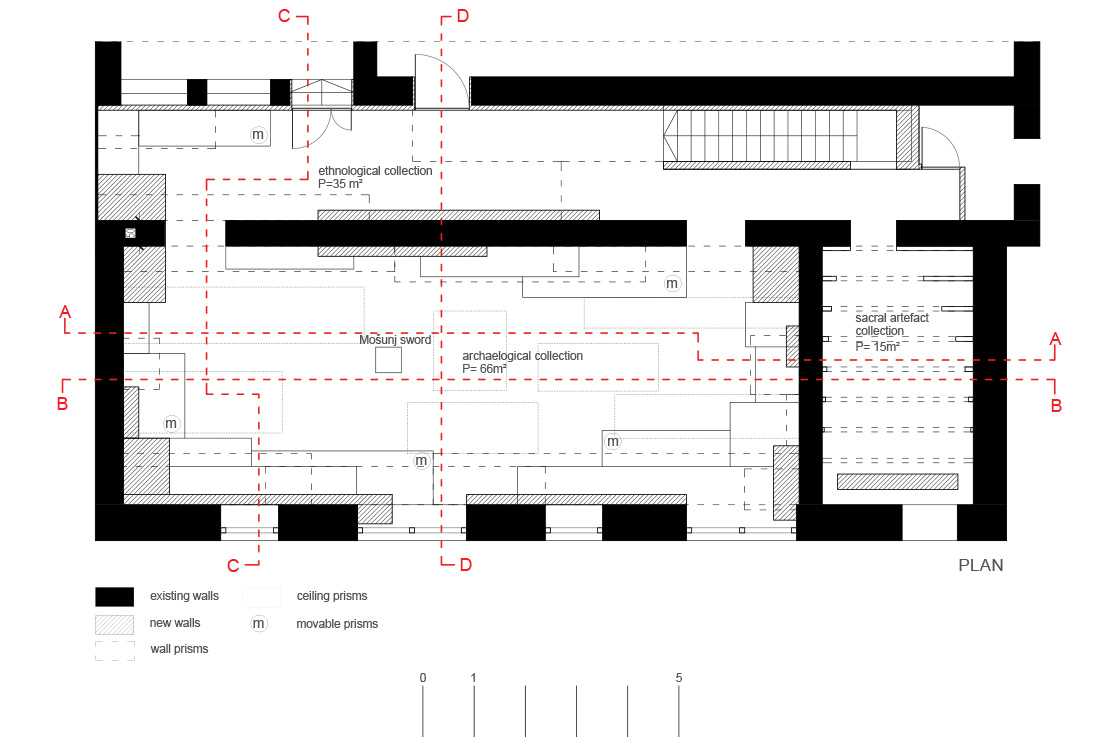 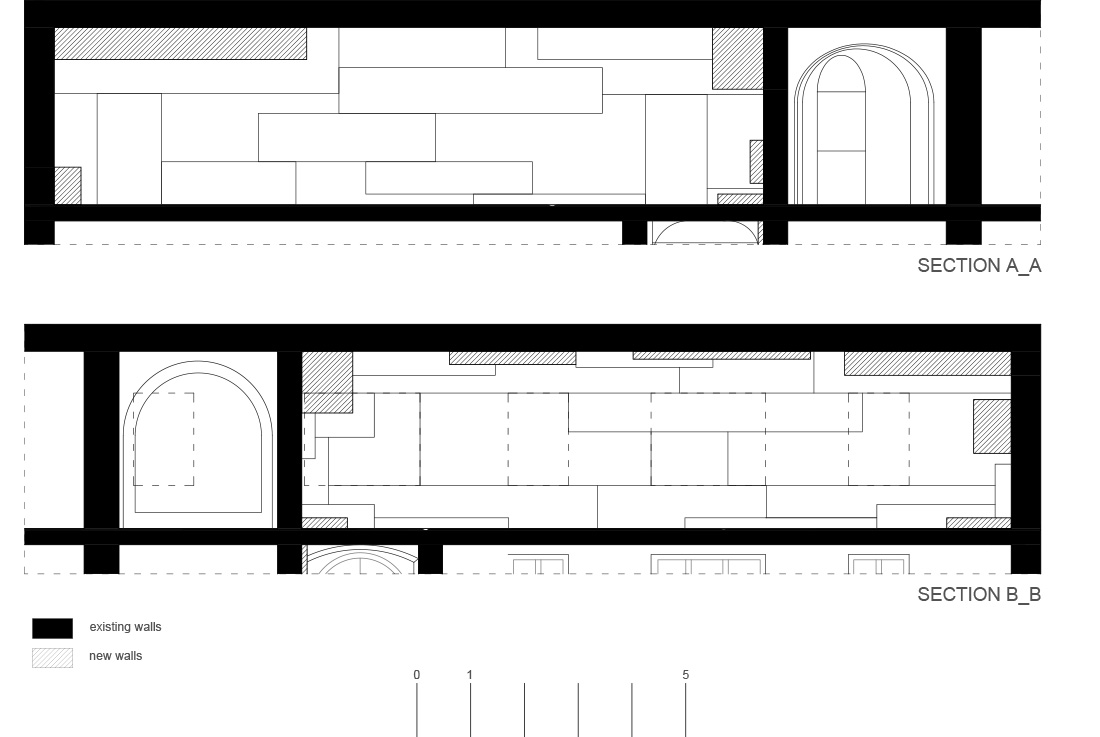 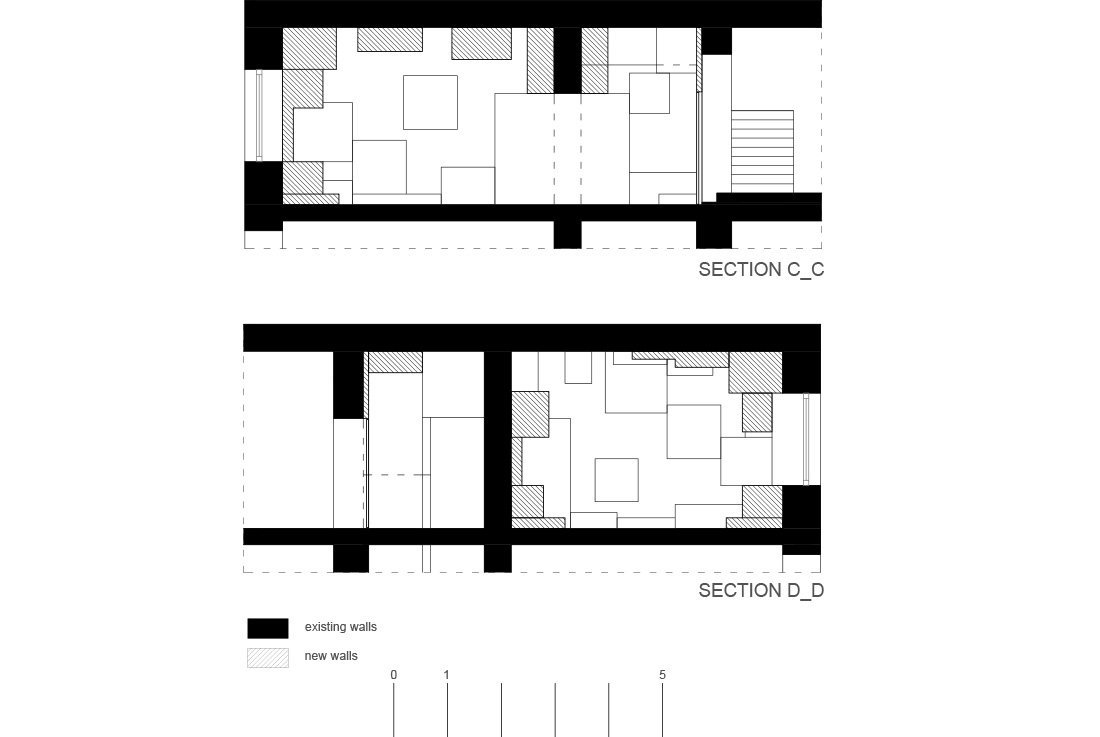 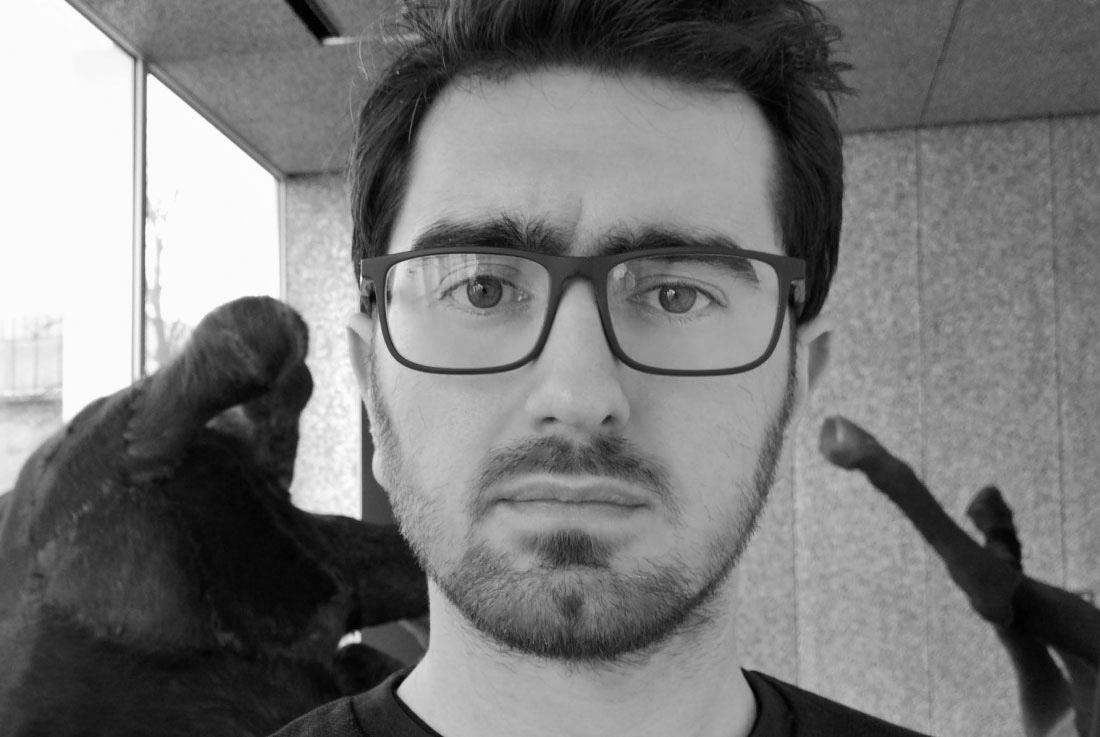